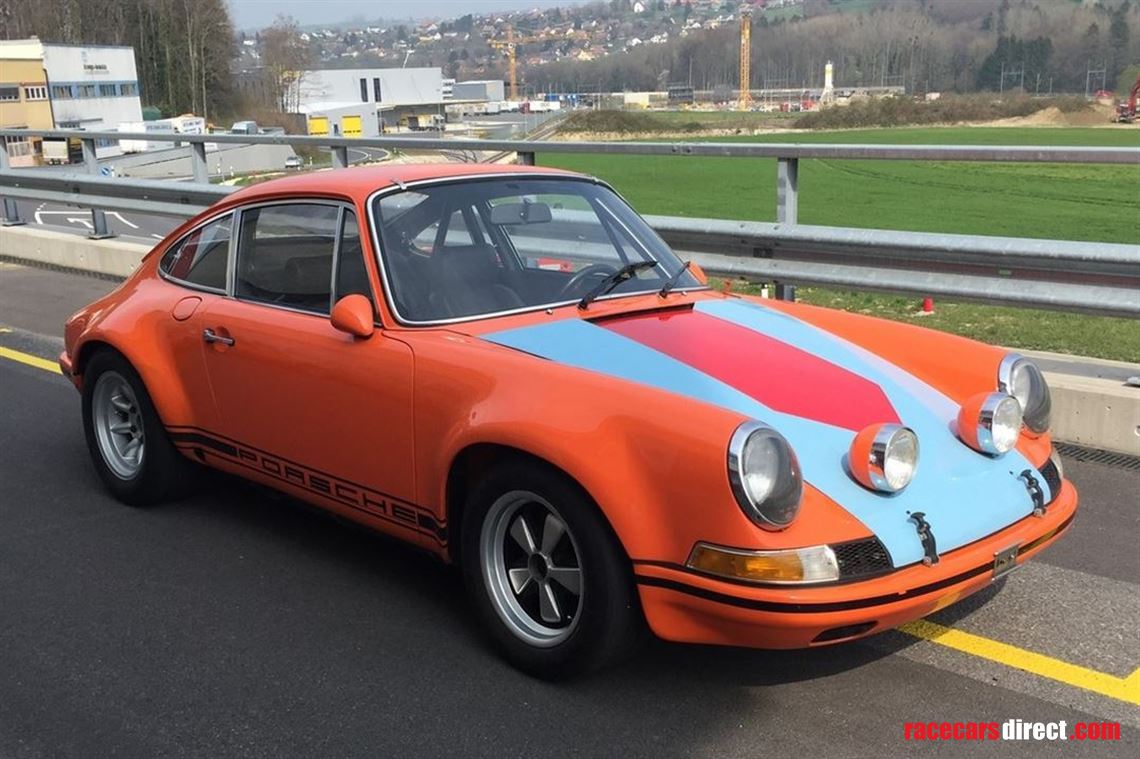 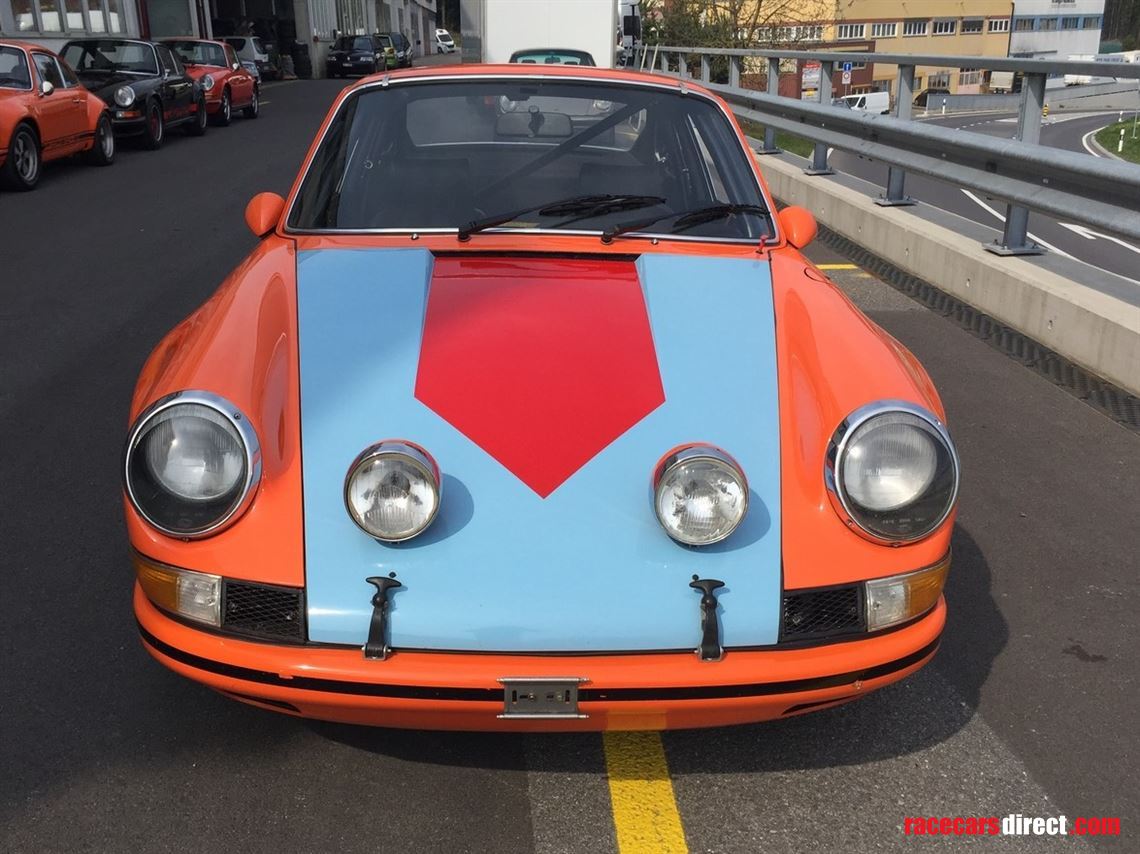 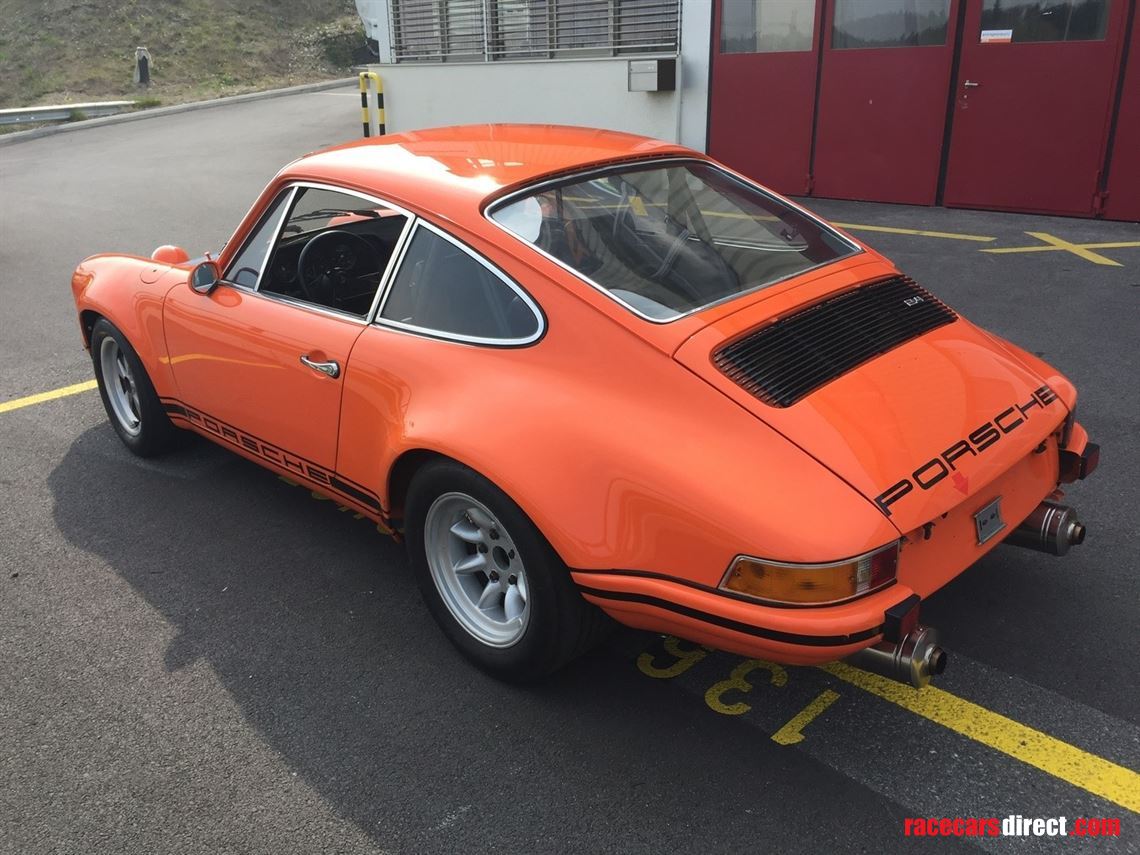 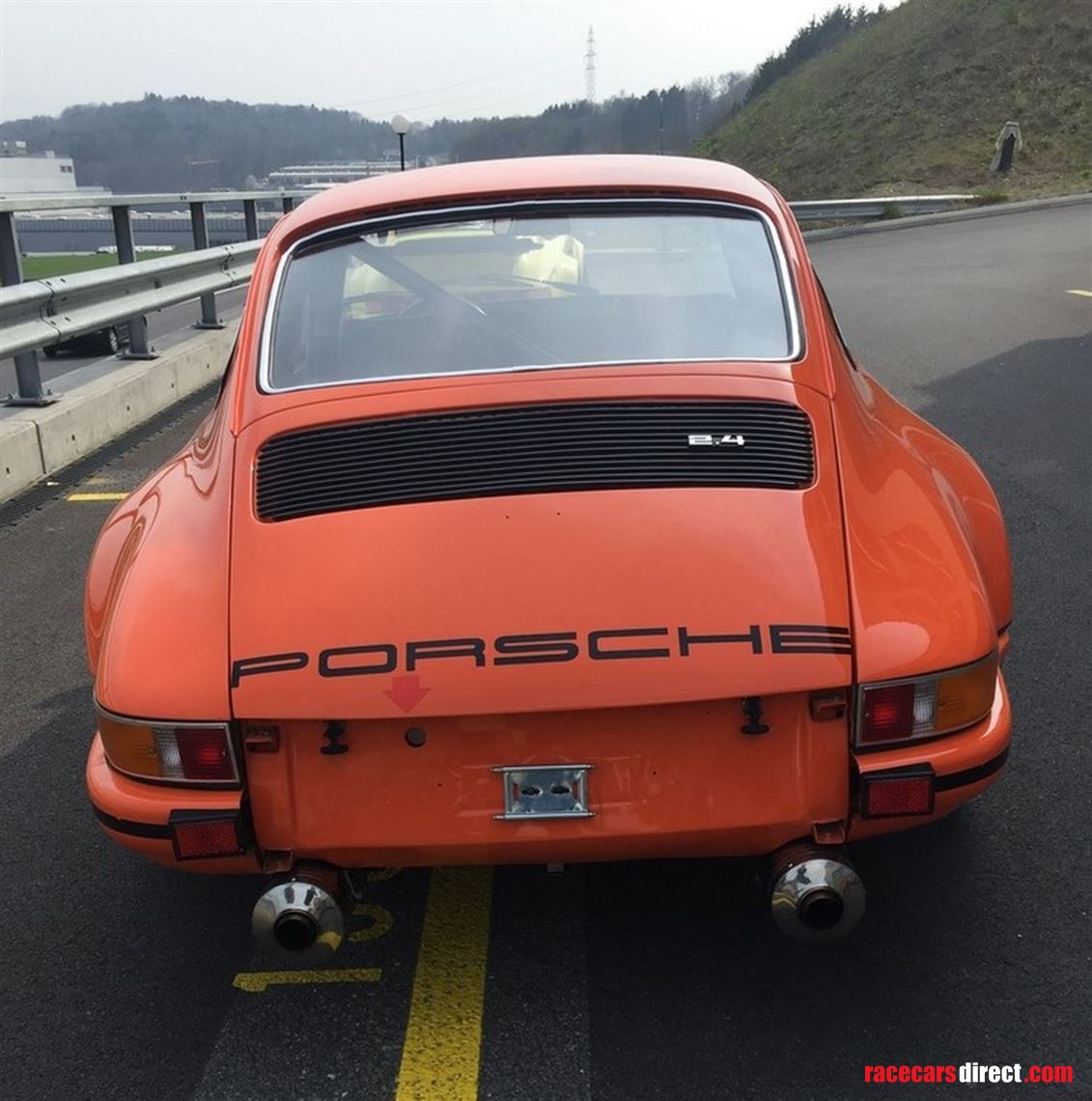 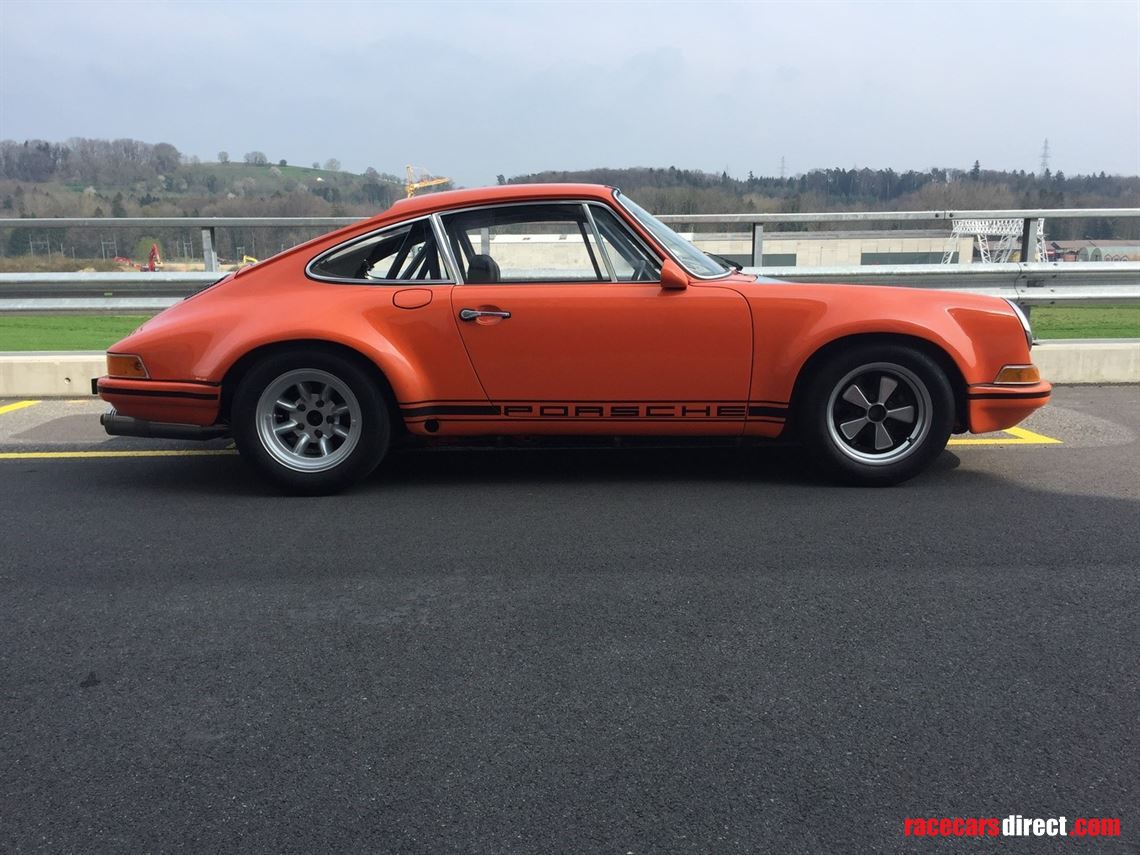 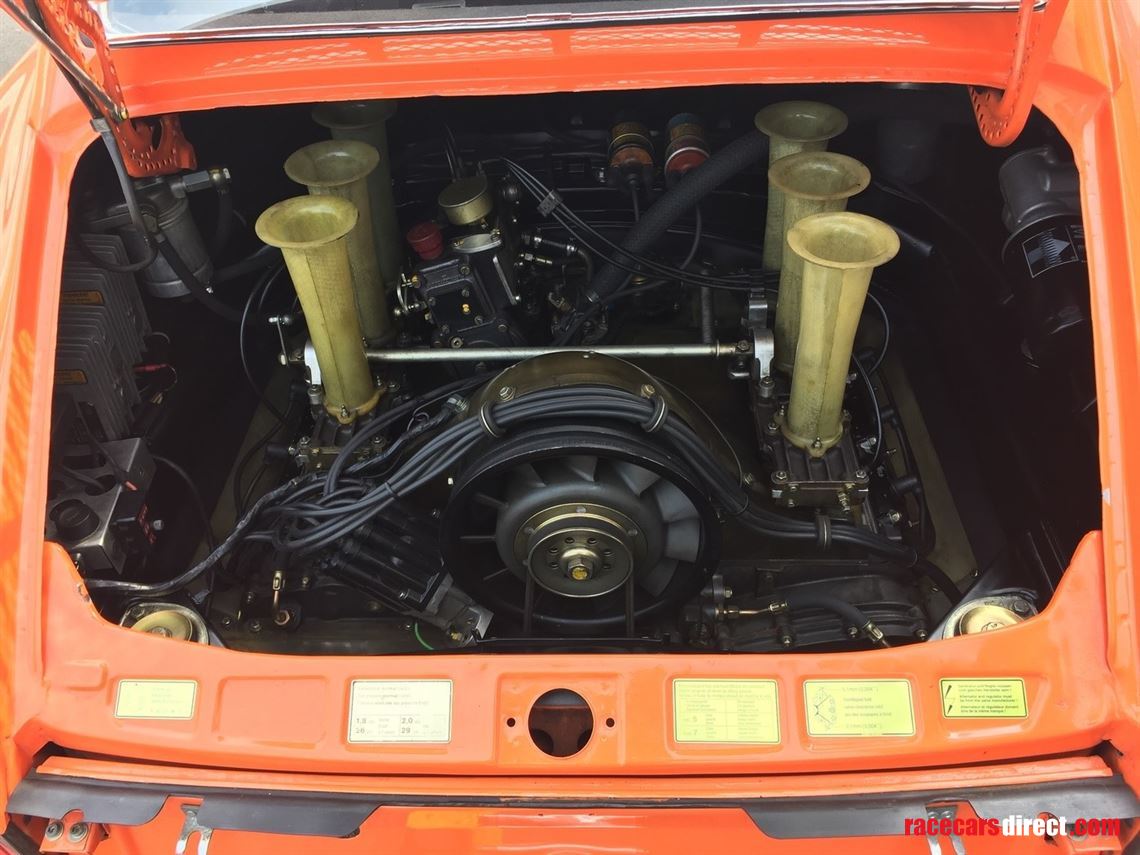 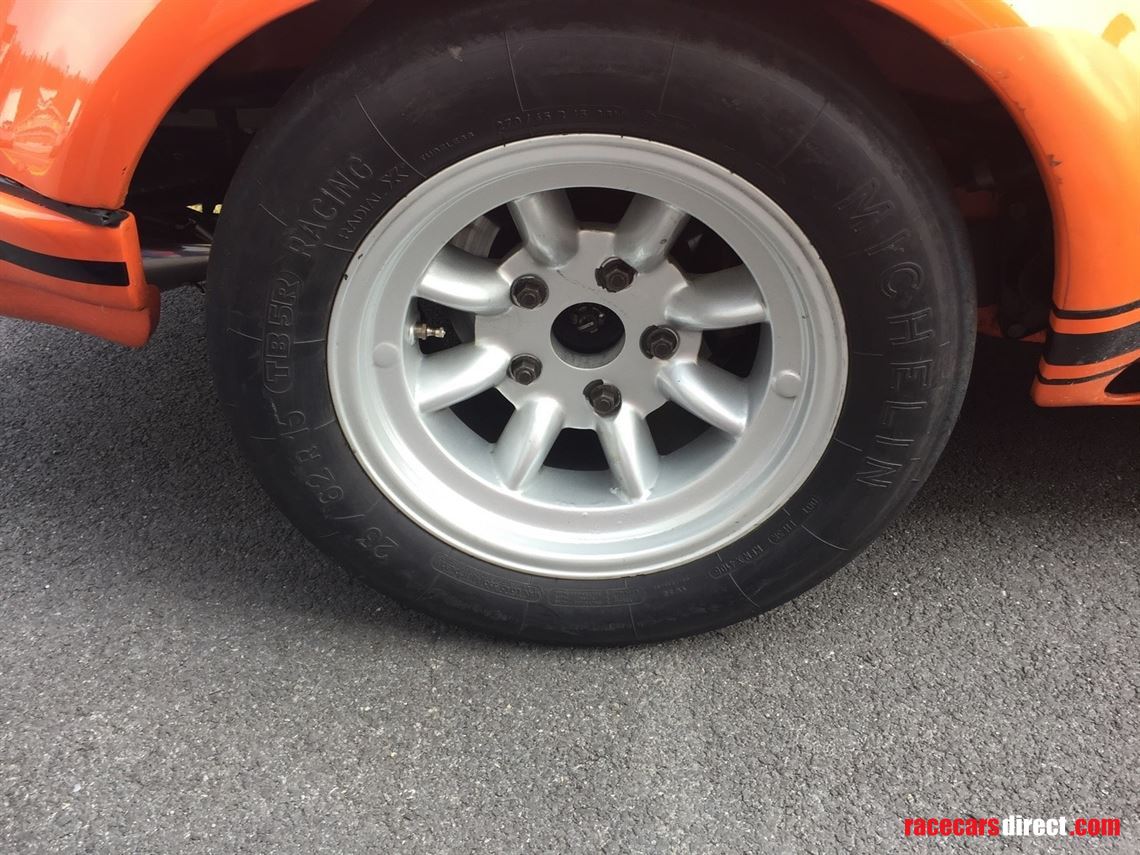 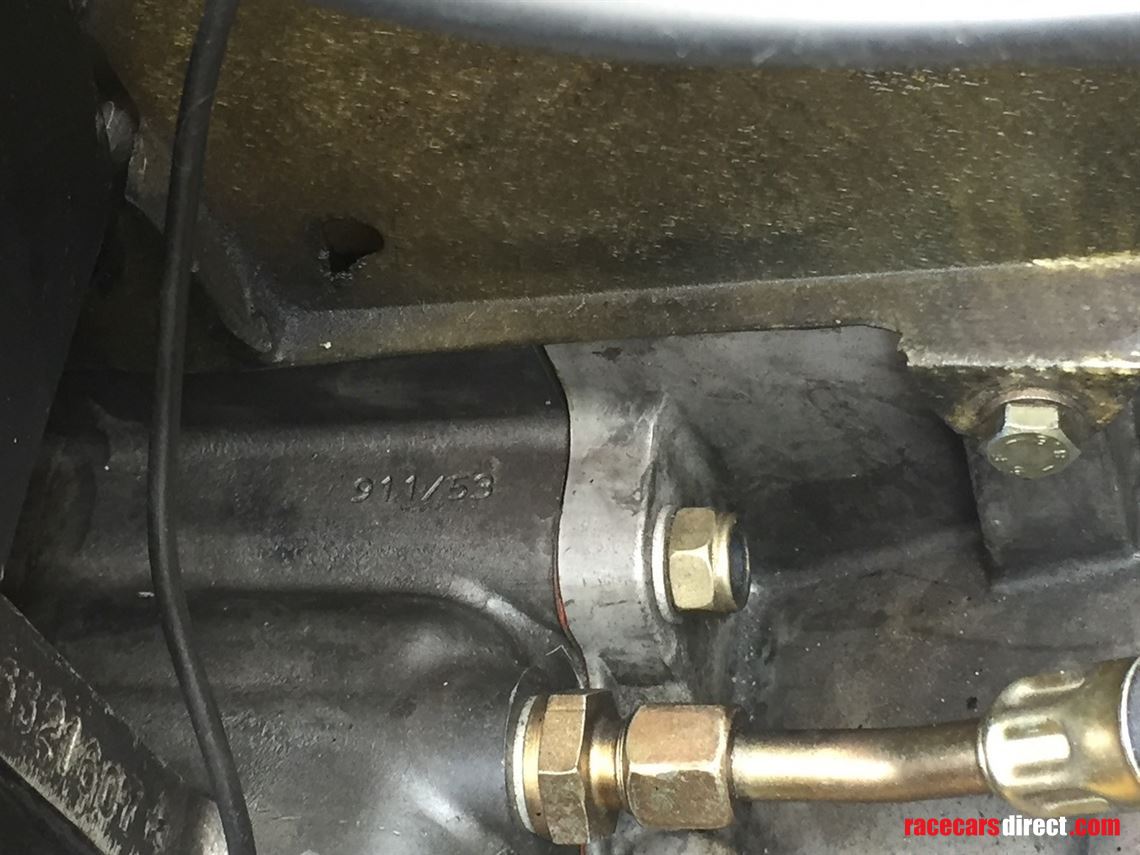 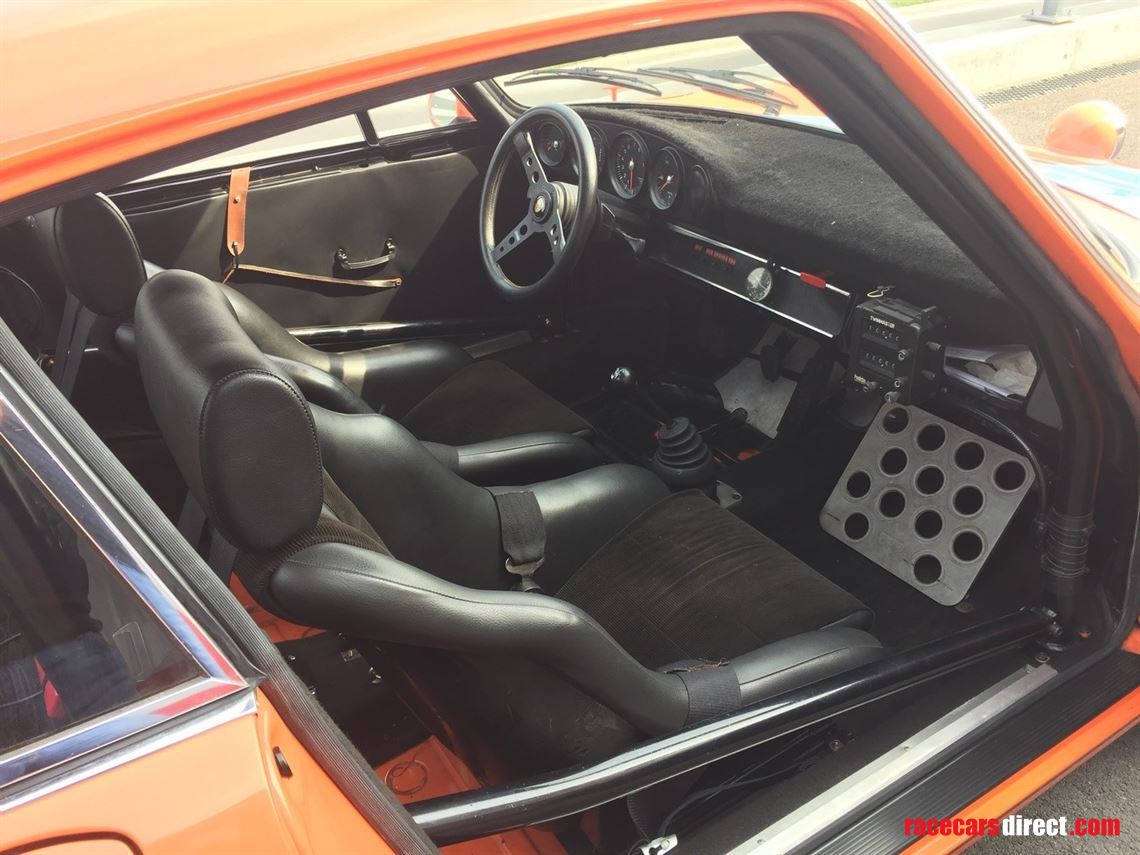 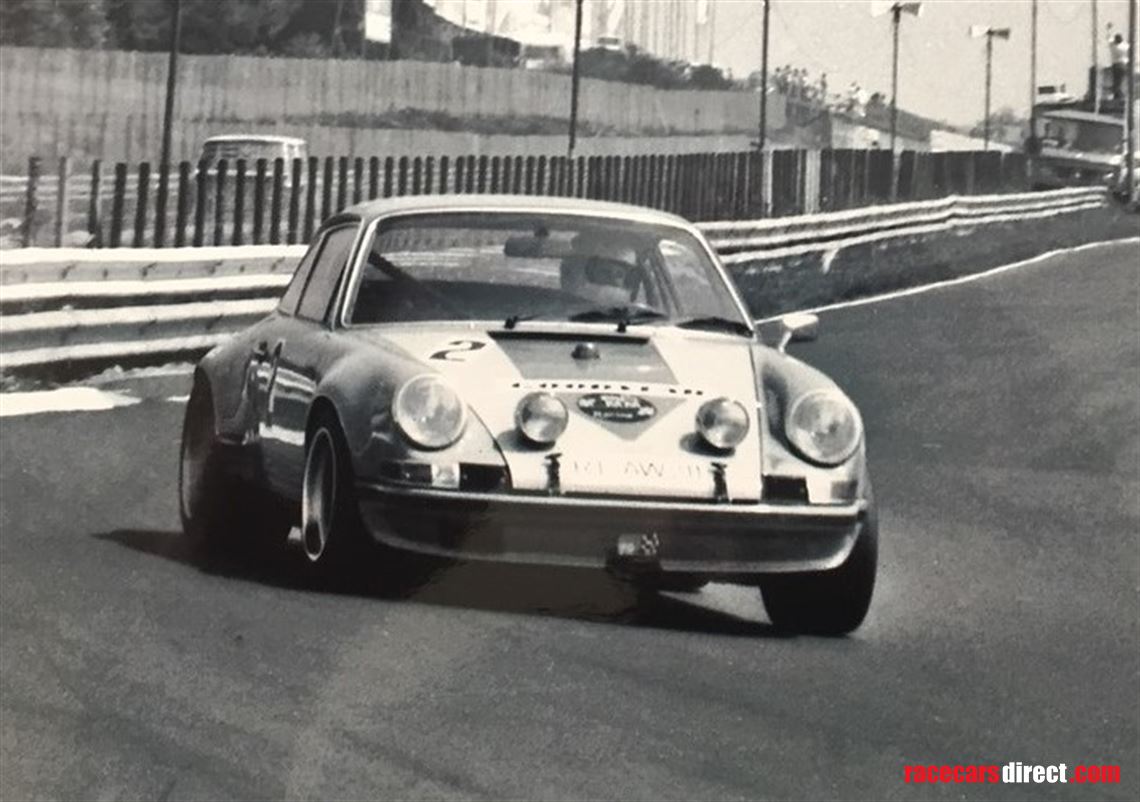 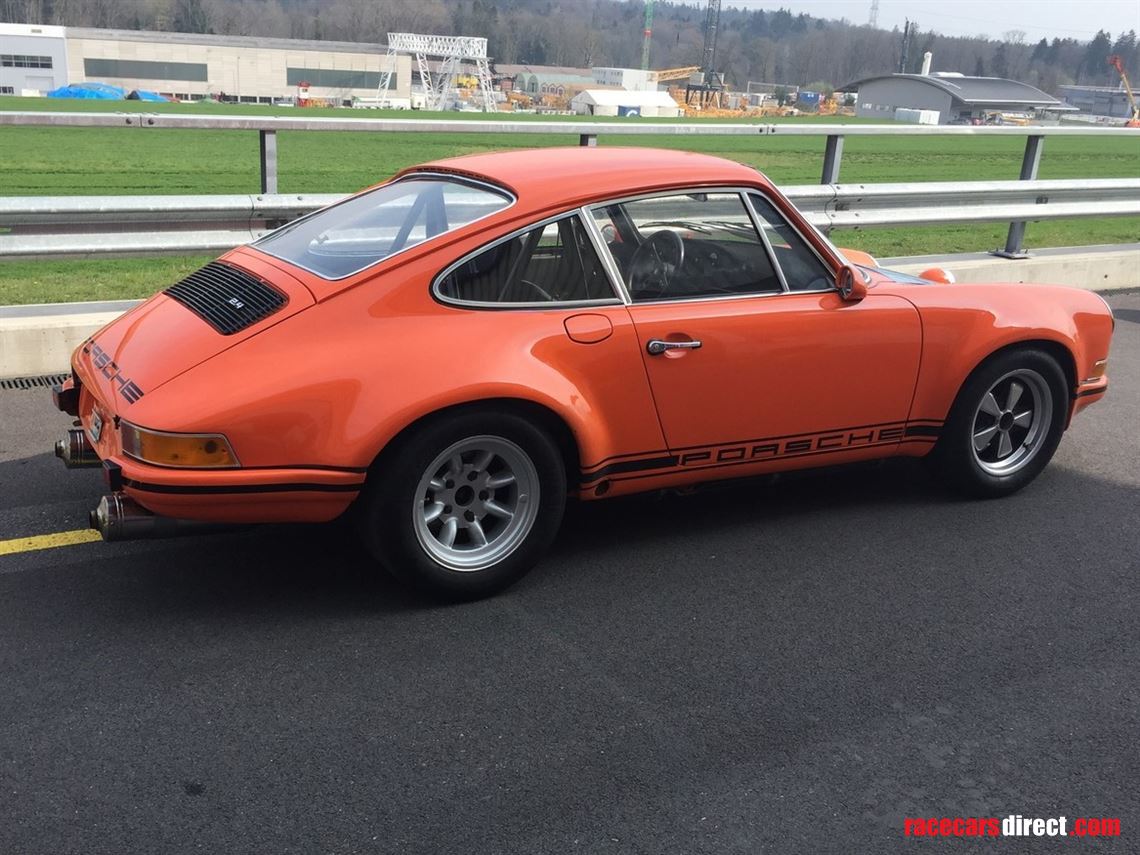 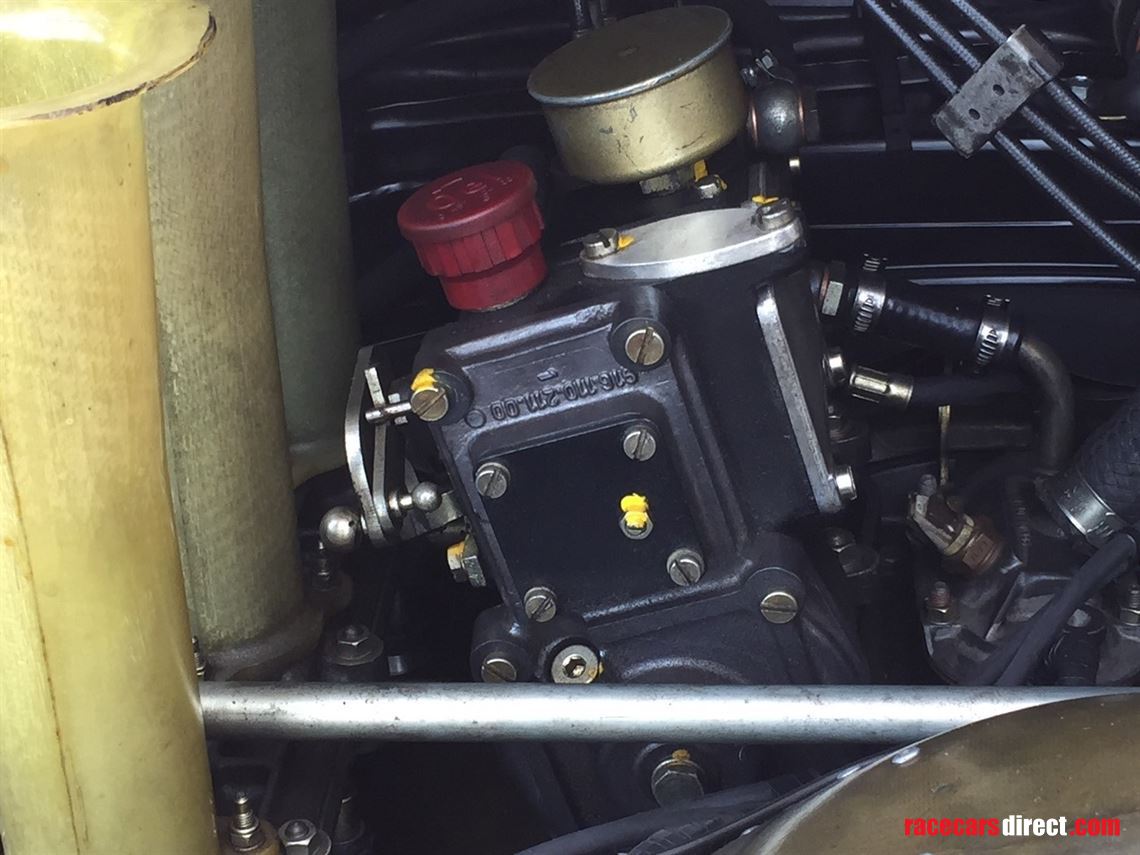 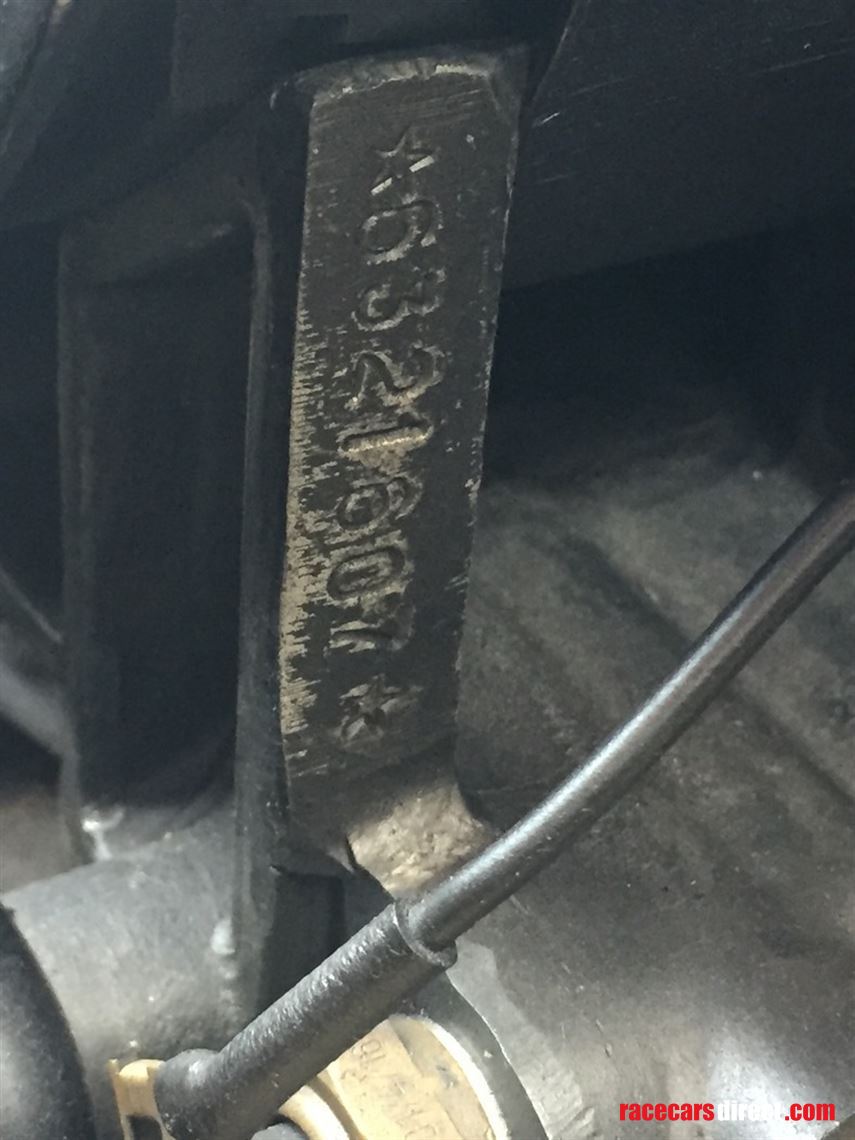 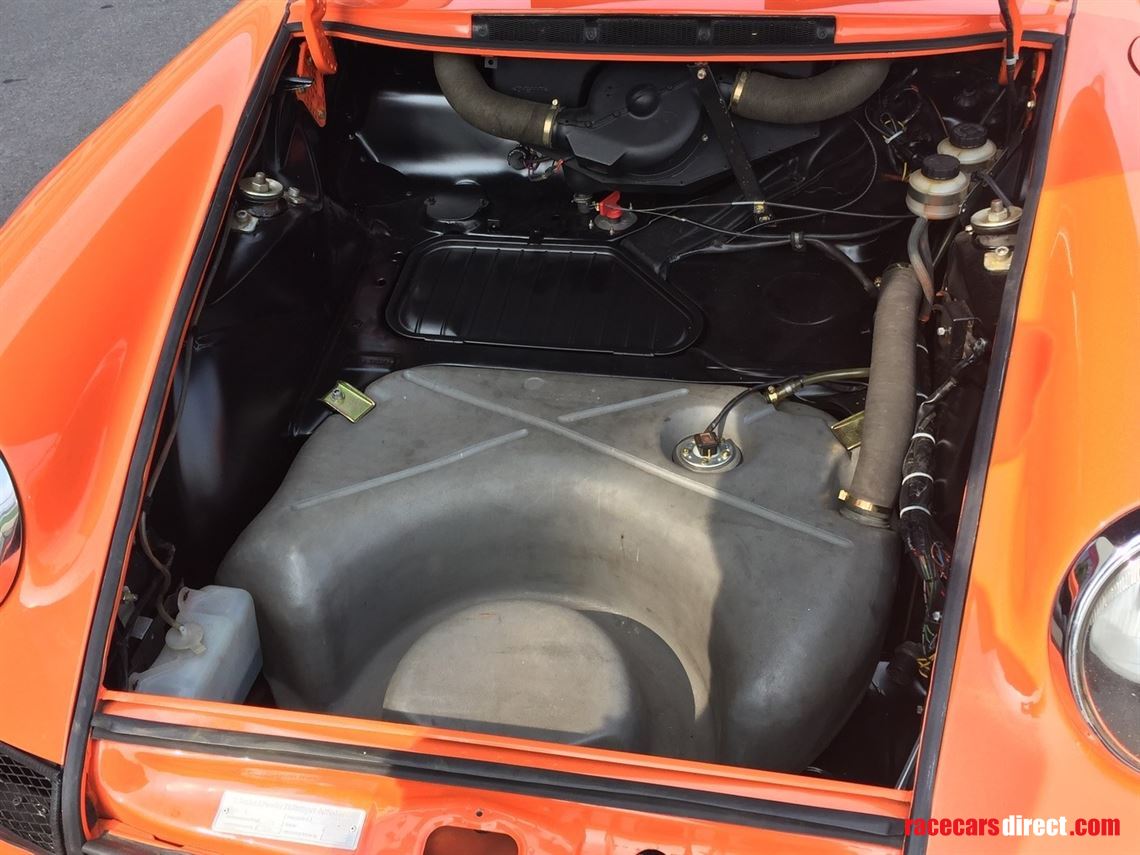 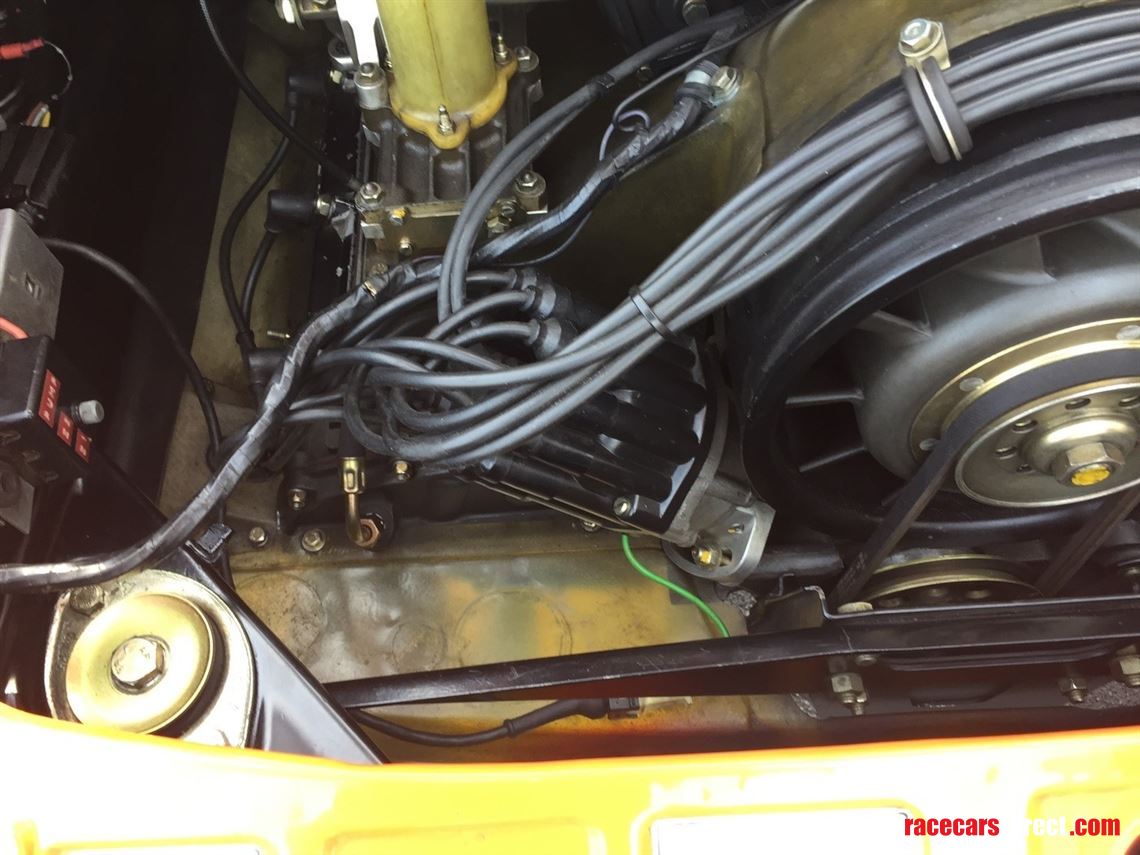 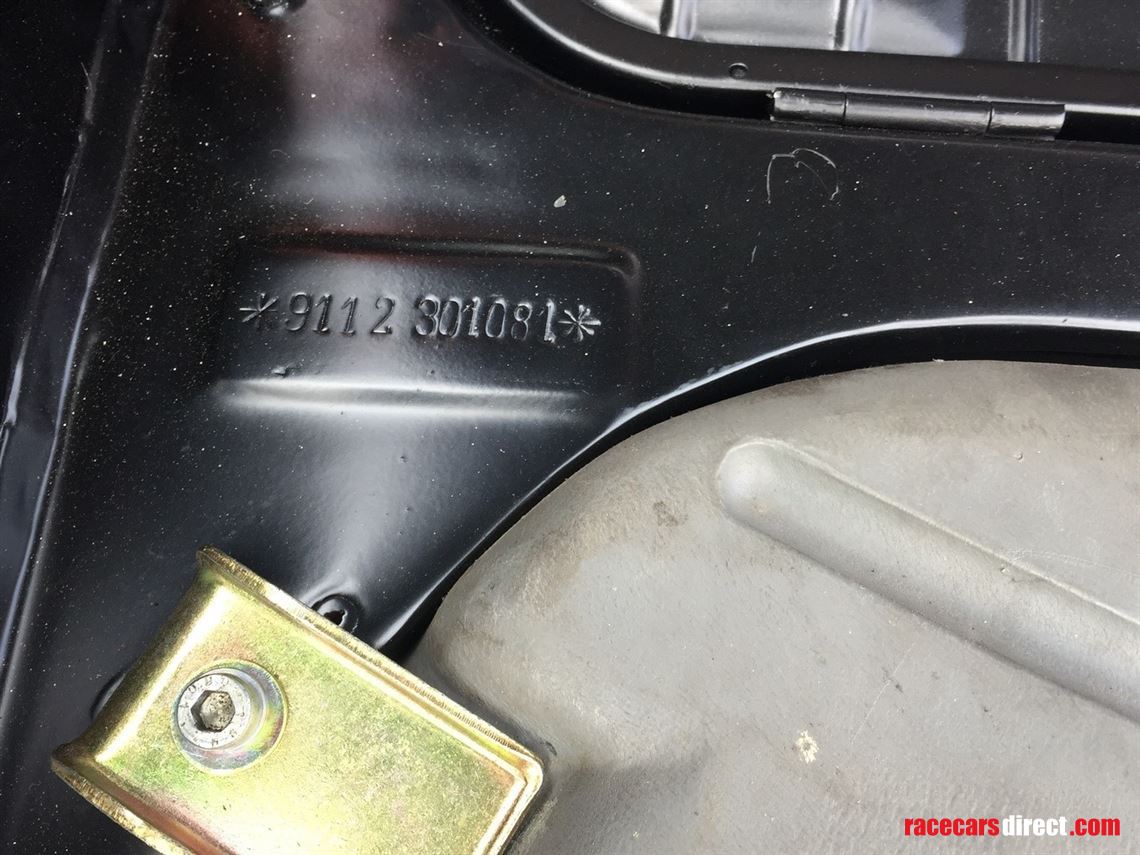 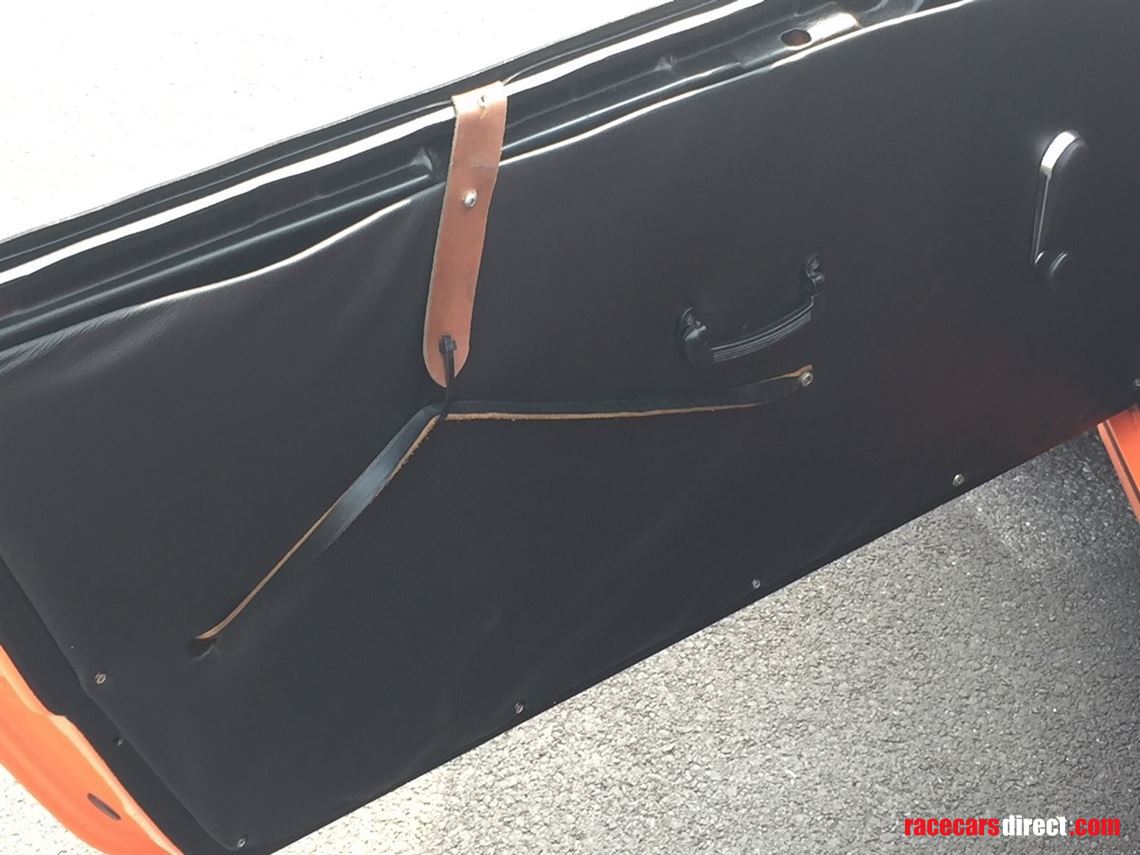 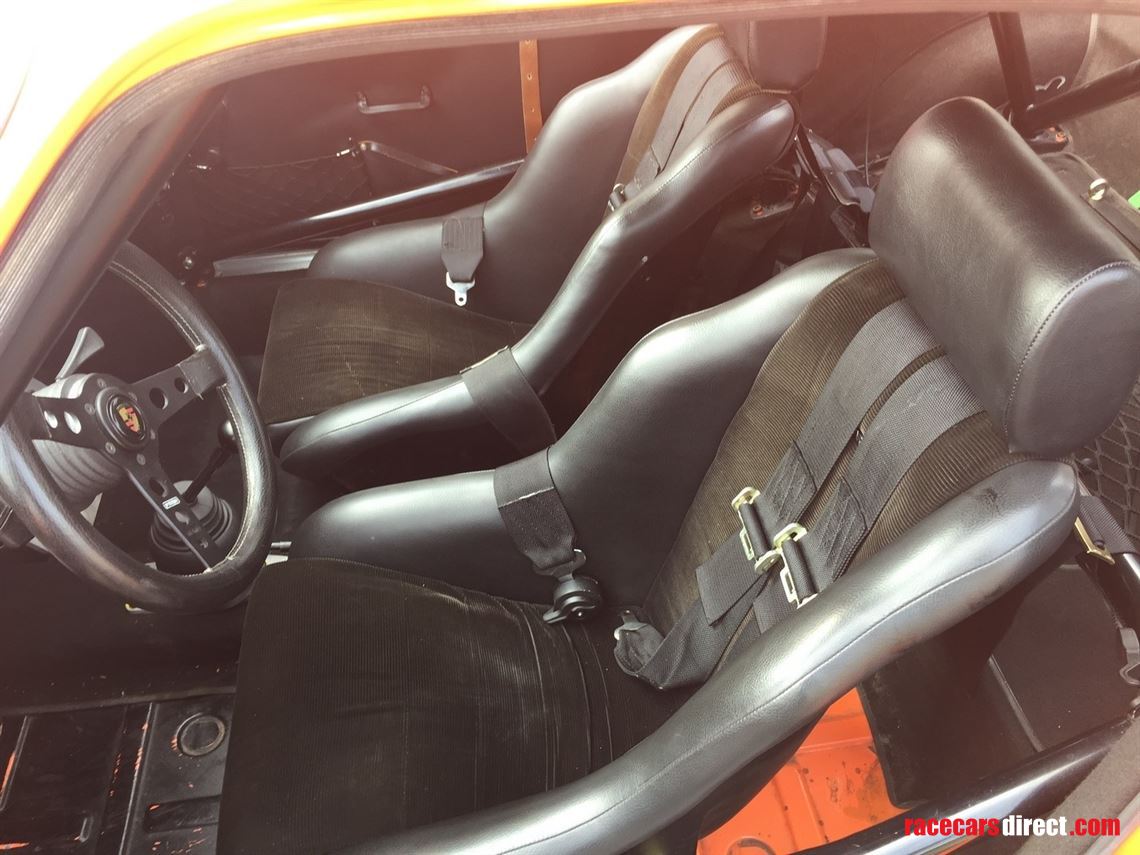 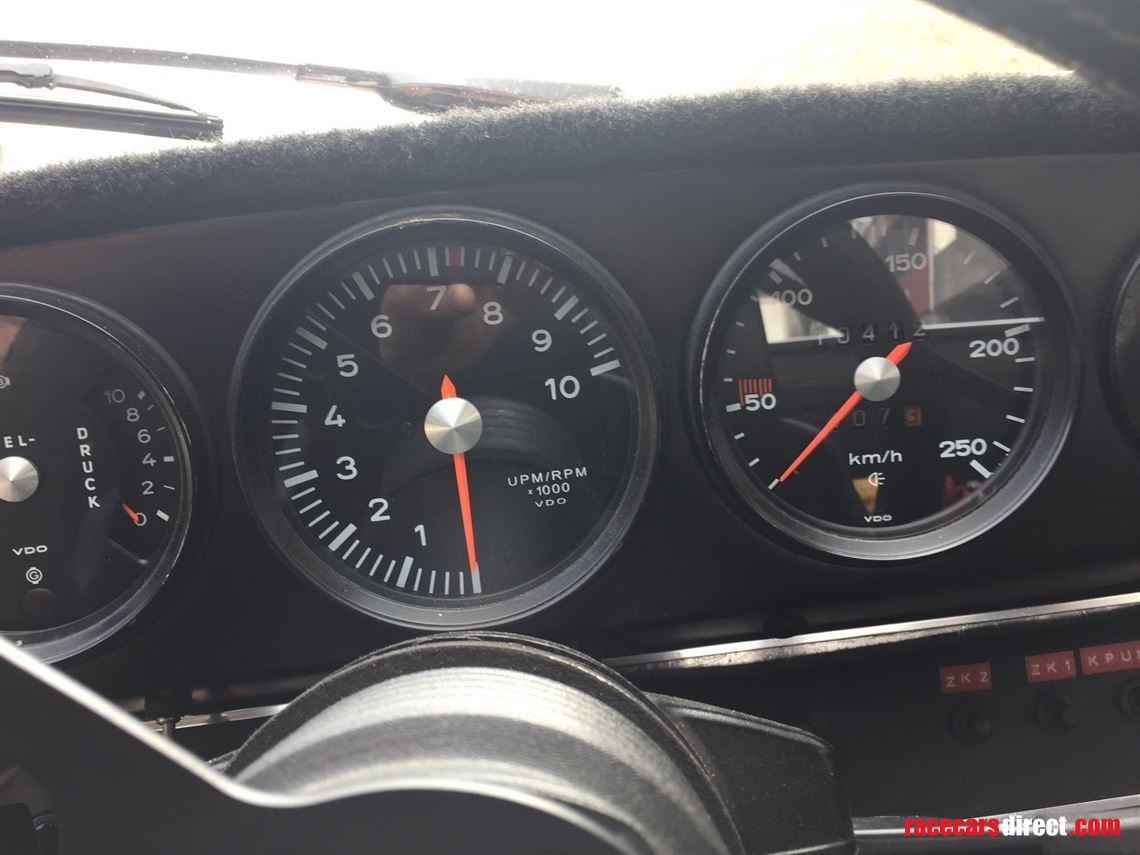 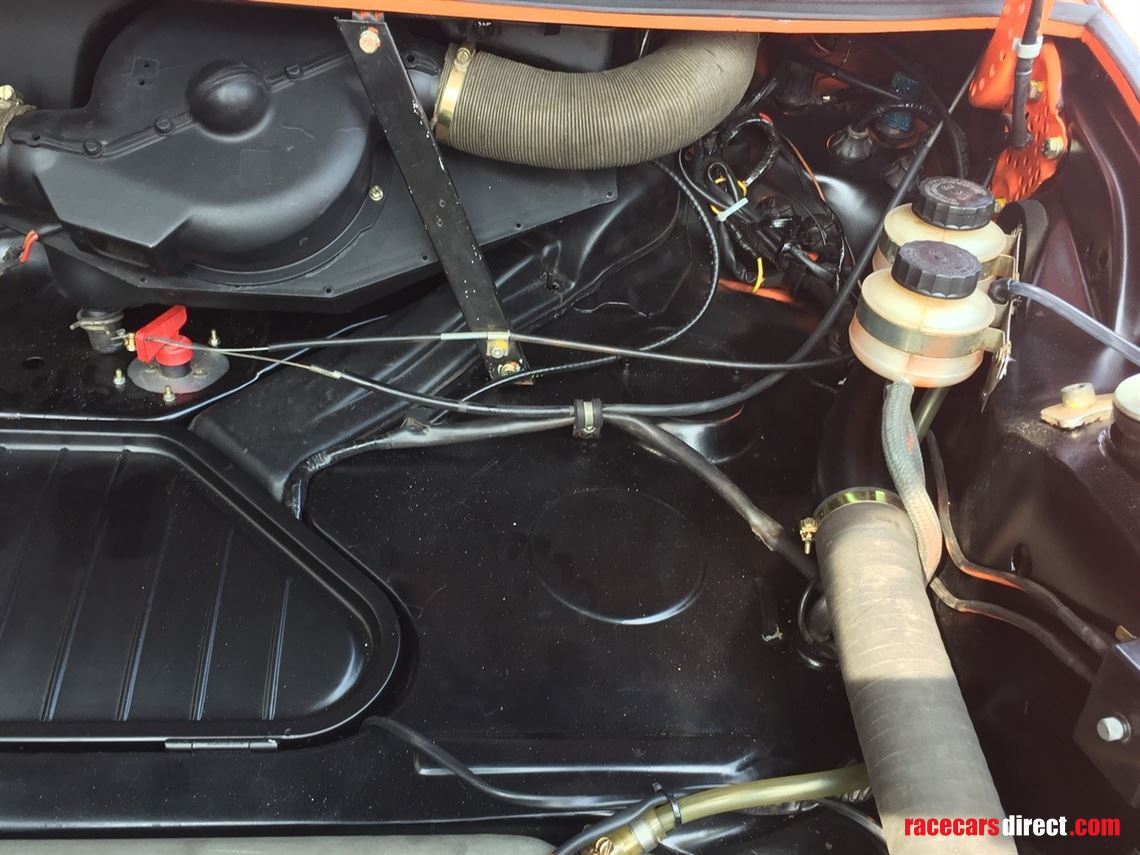 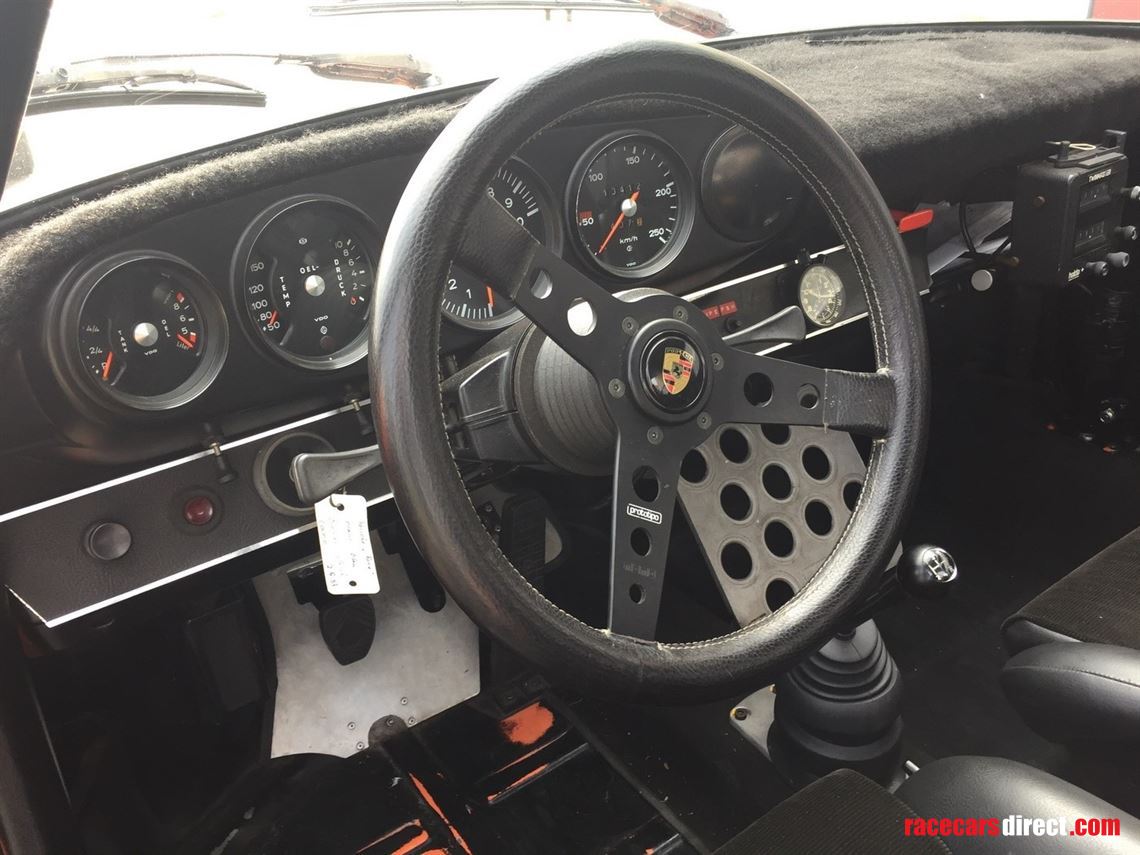 We are very pleased to offer this exceptional and famous 1972 Porsche 911 2.5 S/T for sale on behalf of its current owner.

The “T” race spec was comprised of light-weight body, thin glass, alu trunk lid, sport seats, 5 speed gearbox, front spoiler and anti-roll bars to which Claus Utz then added in his purchase order an 80 liter fuel tank, special speedometer (up to 300km),  special rev counter (up to 10,000 rpm) and  a limited slip differential. The engine number was 6321607 and gearbox nr was 326765. Claus Utz paid for the car with some cash and his old 911S plus a Volkswagen.

Already on January 2nd 1974 Utz sold his winning car to his tax advisor and rally driver Hermann Peter Duge. As the car remained in Reutlingen, the registration plate of RT-AW211 remained unchanged. Duge repainted the car in Grand Prix white and gave the car a “2.8 RSR” look with rear spoiler and blue Carrera side lettering. He kept #1081 for 2 years , put the original engine aside and installed a 2.7 RS engine and participated in 13 German rallies achieving 3 wins and a 4th place in the 1975 German Rally Championship.

The high point in #1081’s career took place during the ownership of 34 year old rally driver Ludwig Kuhn from Bergzabern (Germany) who bought the car from Duge in October 1975 registered it on its soon-to-be famous plates “GER-LK 81”.

After having won his 1st “Badener rally” with his new car he then took 2nd in the “Coal & Steel” rally and ended the season with a 4th OA in the Hunsrückrally. In 1976 Kuhn took part in 9 German Rally Championship events and, despite finishing 6th in the final classification,  he achieved 5 wins. For the 1977 rally season, #1081 was painted in Conda-green and received sponsorship of “MASSA” and “MATER”. The German championship consisted of 9 rallies and Ludwig Kuhn with co-driver Klaus Hopfe became the 1977 German Rally Champions beating 3 works teams ! Having achieved his ambitions, Kuhn subsequently sold #1081 – still original and without any accident damage – together with all original parts to the brothers Jene, owners of the Karl Vetter firm in Phillipsburg.

The Jene brothers registered the car with “KA-Y 3113” plates and entered #1081 in several rallies during 1978 and 1979 – again achieving multiple wins – after which they retired the car and only used it sparingly as a “911 SC” in Group B until 1983. In 1985 #1081 was sold – with all its original parts, including the original Group 4 engine and the original Minilite rims to renown Porsche & engine specialist Manfred Rugen who rebuild the original engine and restored the car back to its original “Group 4 works S/T” specification. When done, Rugen then sold the car to German collector Chris Stahl and the 1st appearance of the restored and stunning Gulf Orange S/T #1081 took place on November 8th 2003 when Walter Röhrl and Christian Geistdörffer drove it in the international Köln Ahrweiler Rally. In a star-studded field Röhrl won the first 7 special stages with a 57 second lead until he had to abandon due to an accident. When asked for his impressions about the car, Röhrl answered “Impressive !!”.

#1081 was sold to its current owner in 2006 who has used the car sparingly so as to preserve its excellent, restored condition. The car is very well documented including its original Fahrzeugbrief, old FIA HTP (2004), various magazine articles, lots of period “action” pictures and comes with detailed race- and rally history compiled by historian Ulrich Trispel comprising no less than 65 races and rallies.

This is a rare opportunity to acquire a famous and original 911 2.5 S/T with stellar German race- and rally history which is ready to be shown again and enjoyed by its next lucky owner! 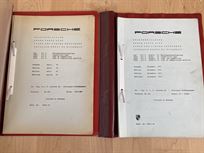