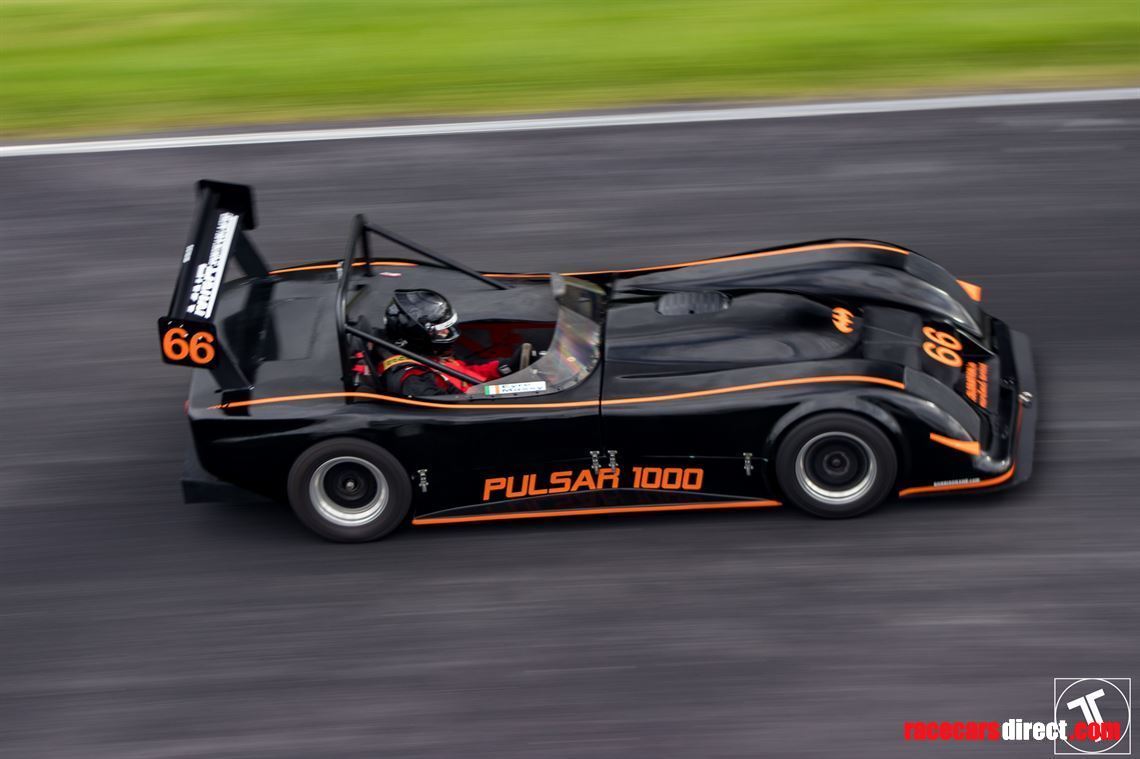 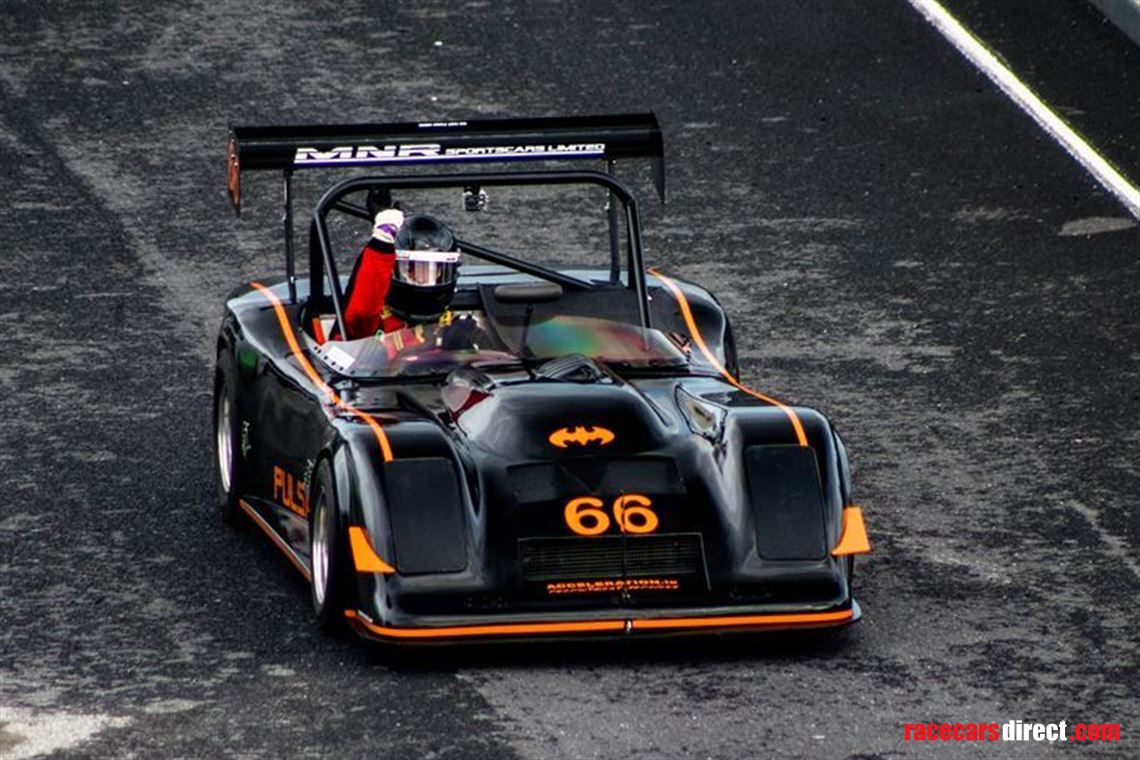 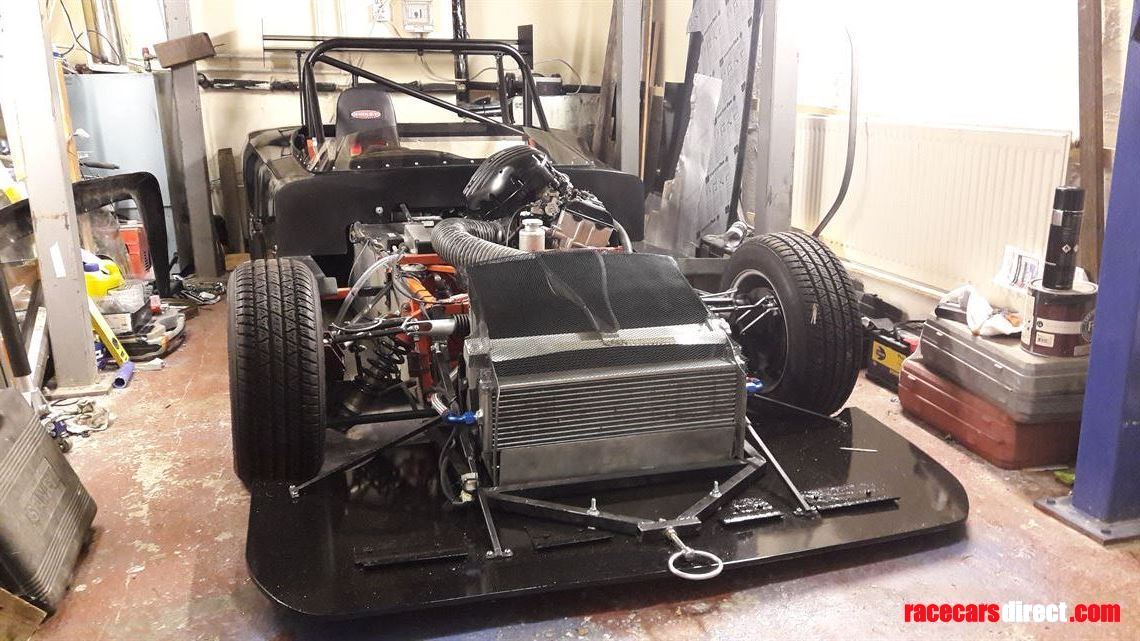 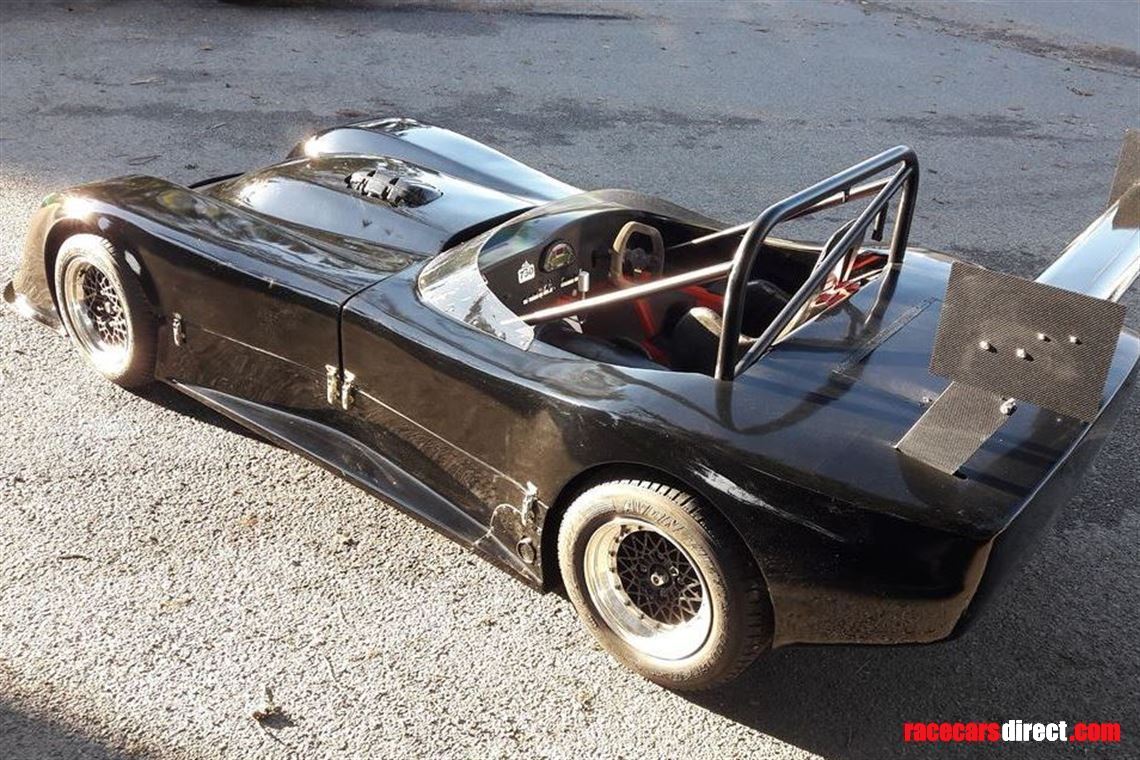 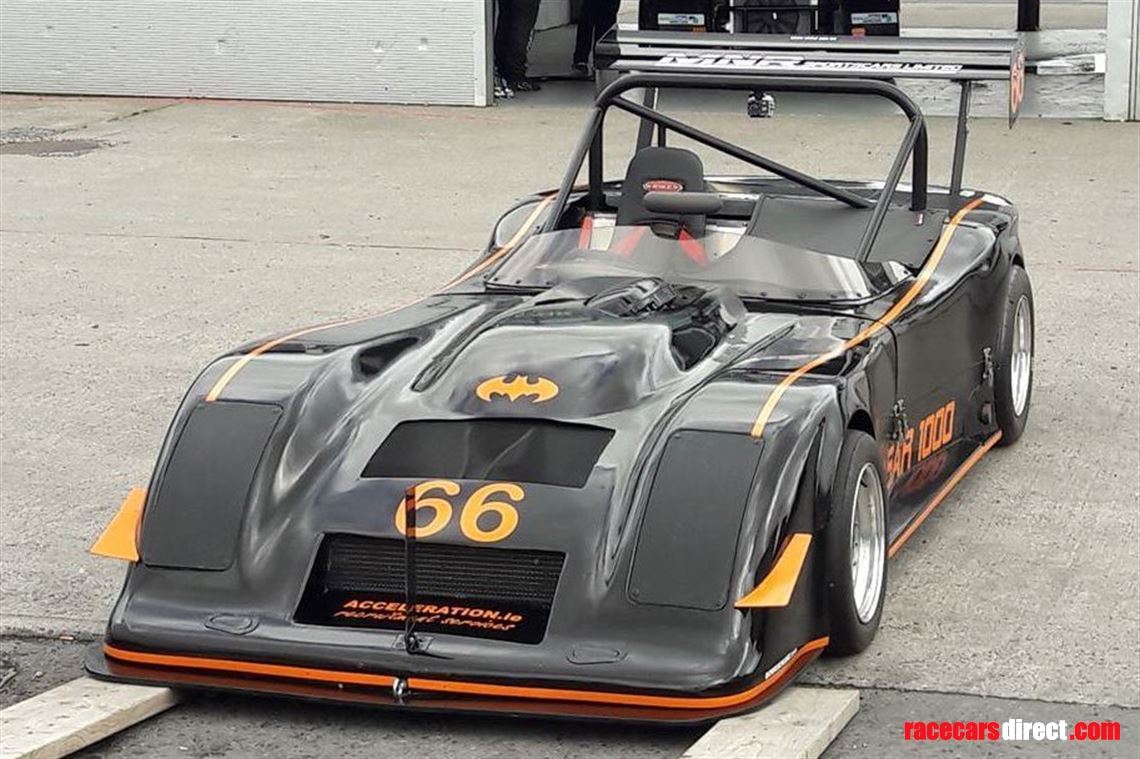 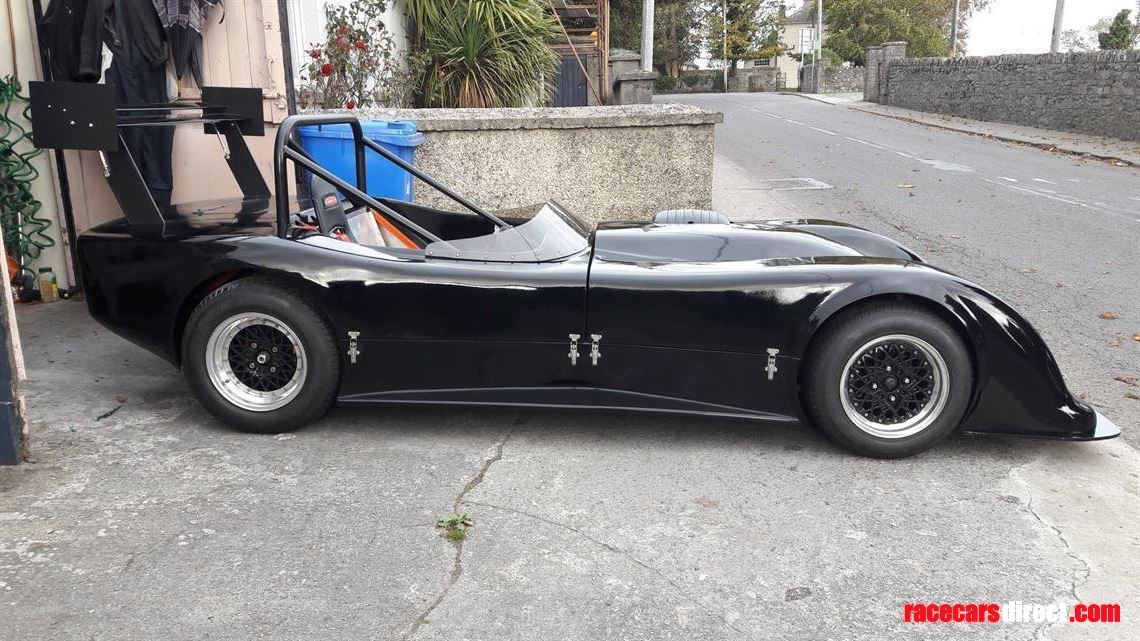 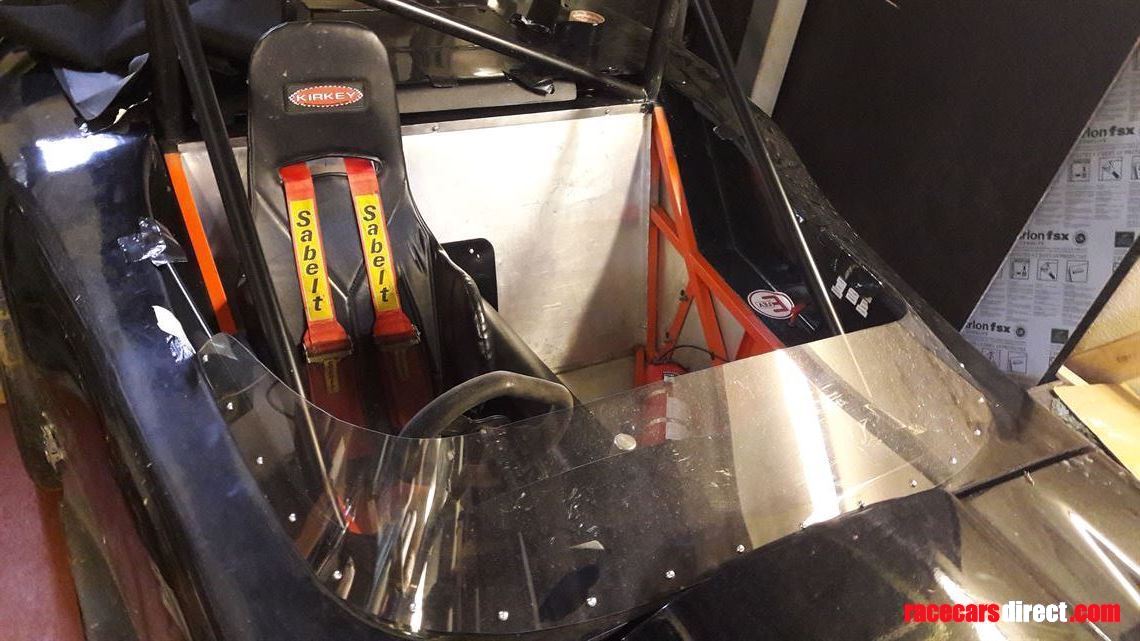 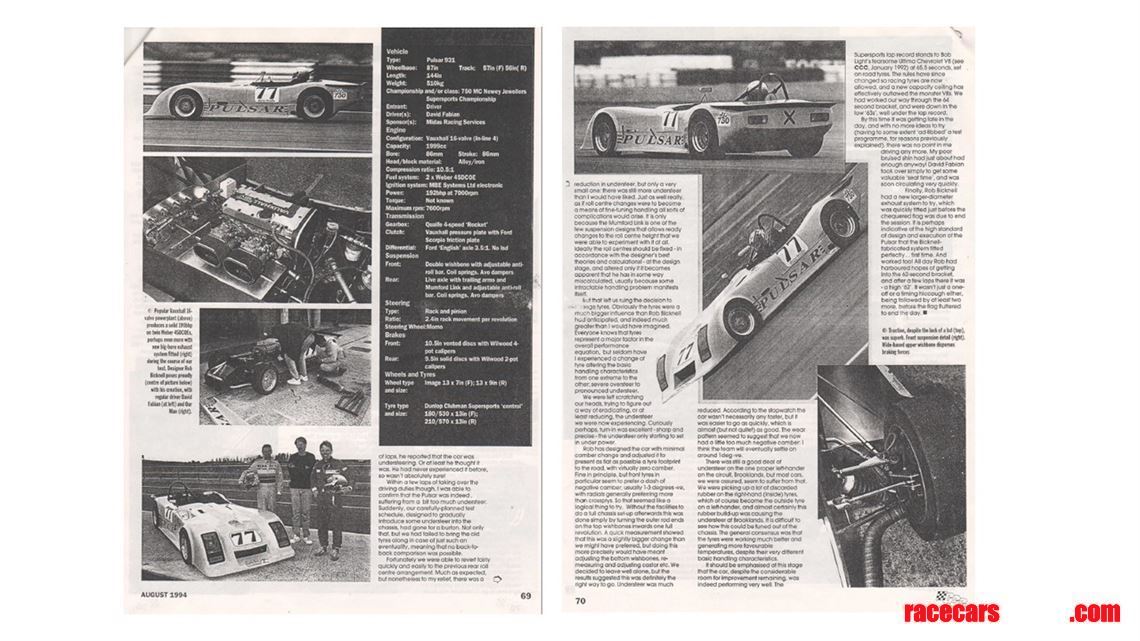 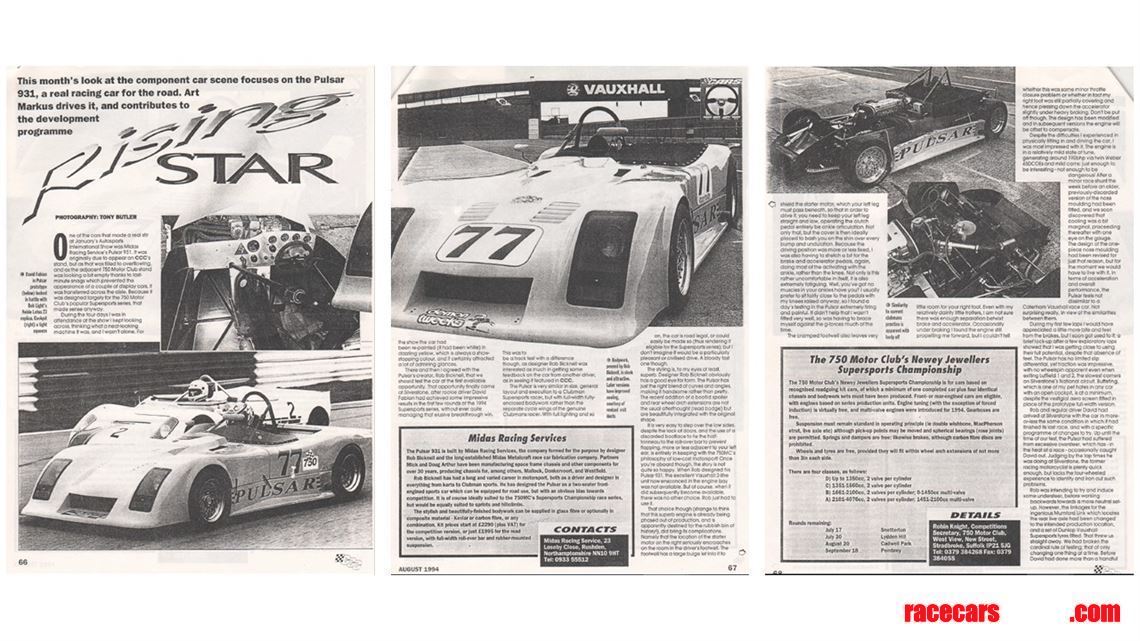 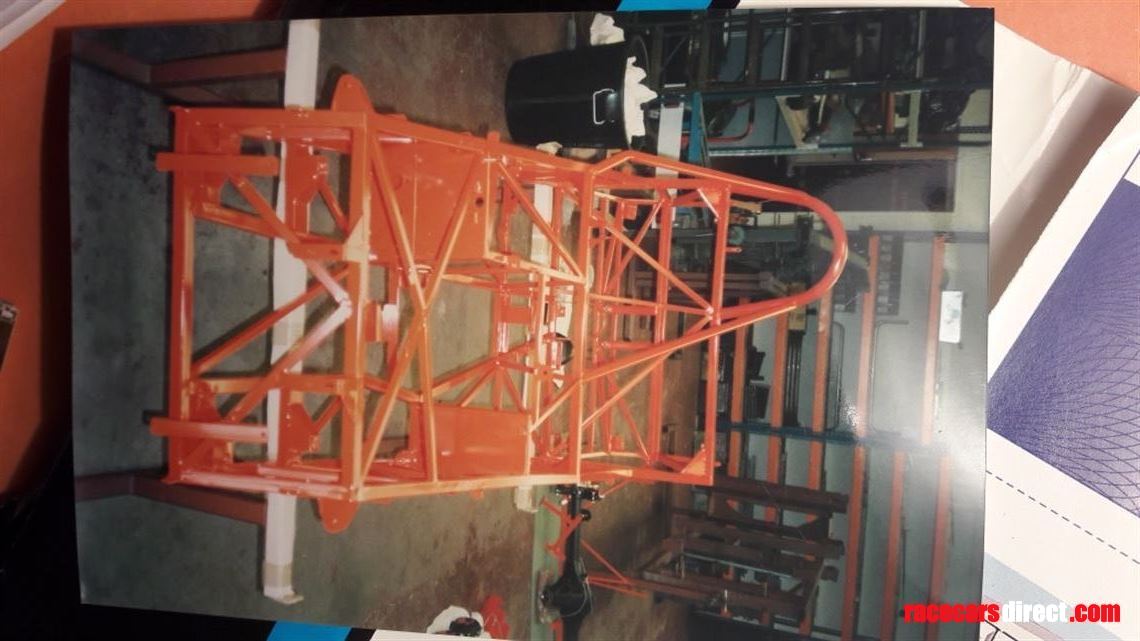 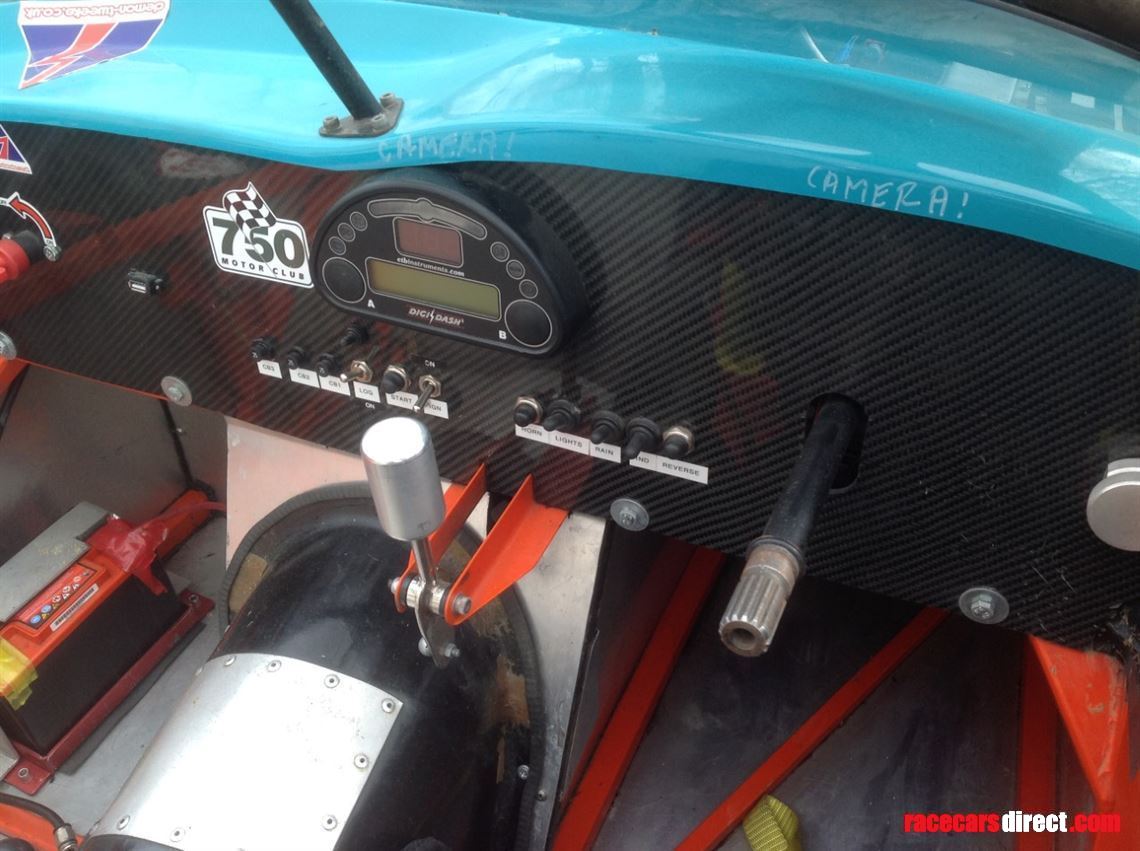 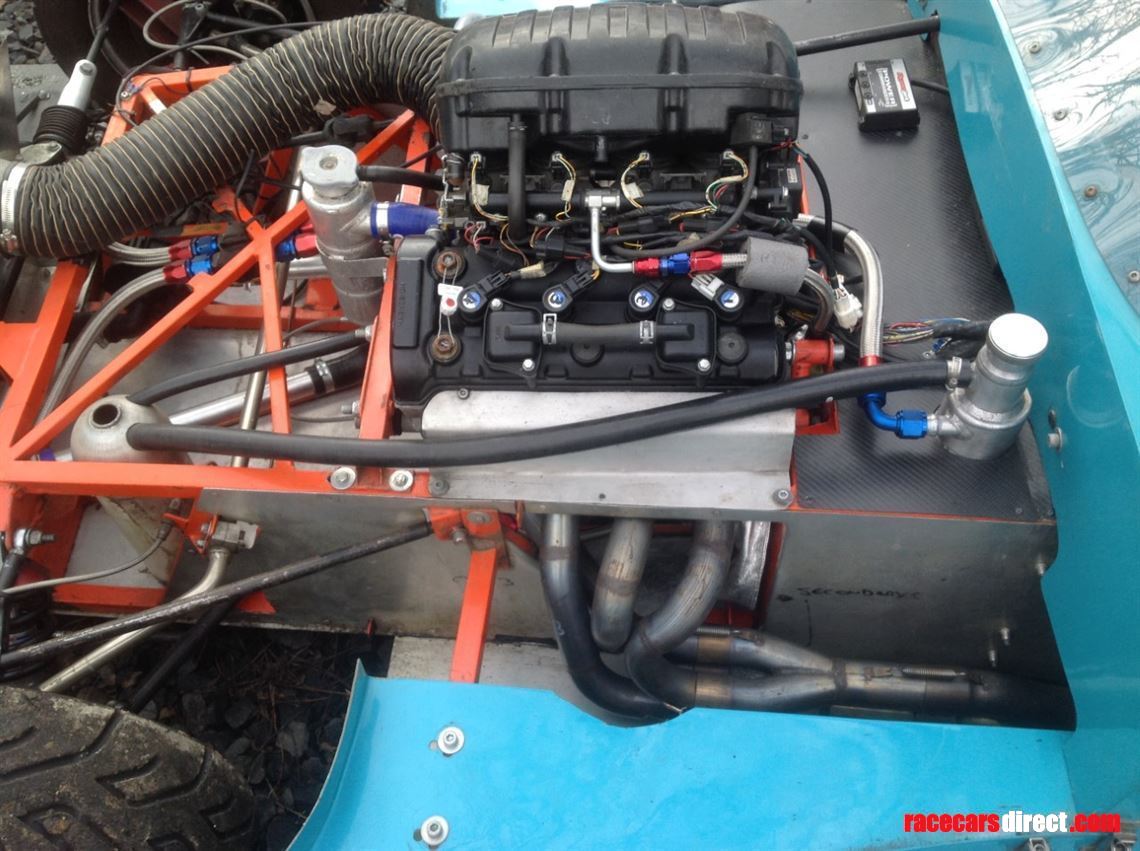 Pulsar cars were first designed and built as a Canam style clubman race car by well-known designer Rob Bicknell in the early 1990s and received rave reviews in the press for their design and performance.

They were initially designed for car engines (Ford, Vauxhall) and subsequently for bike engines so approximately 15 were built altogether. They have been used successfully since then in hillclimbing and racing throughout the UK and Europe, and at least one has even been road registered.

This car (chassis no. RBM1) was built as the first bike engined car and used initially as the factory demo car with a Fireblade engine. It was then converted to GSXR1000 and raced successfully in the UK RGB front-engined class for a number of years until 2017 including a great run in Pembrey by Tim Gray (https://youtu.be/Jpoy3zNKynI).

Because this was the factory car, the production rights, all of the jigs, moulds, design drawings and other original specification and sales documentation (3 x full ring binders) were sold on with the car along with all of the original build photos of this car.

I bought the car in 2018 requiring some light refurbishement so it was stripped back, repaired as necessary and resprayed jet black, fitted with a new front splitter & frame, rear dual plane wing, rear diffuser and custom-made tonneau cover. The engine is a strong low mileage GSXR1000 K8 and is in excellent condition running on Fuchs race oil using a custom-built dry sump system. It is located as far back as possible in the passnger footwell giving a 46%/54% weight distribution (including driver).

The sequential bike gearbox is used to drive a Bailey Morris propshaft back to the rear axle through a Quaife LSD and is operated by lever and cable. A new EBC race-spec clutch kit and high torque halfshafts (custom-made by Brand Eng in the UK) with a low ratio CWP have also just been fitted for sprinting and hillclimbing.

Apart from this being a lovely car, the real bonus is that it comes with an agreement signed in late 2018 with a large UK kit car manufacturer who sell cars globally that allows for these cars to be produced and sold by them under licence with a percentage of all sales generated being paid to the owner. This agreement is transferrable so can be kept in place to simply generate income or can be terminated if a new owner wished to manufacture them directly.

These cars were designed for the track with excellent handling and aero but at least one was also road registered in the UK so there is lots of potential for future sales because there is a good global market for road-registered track cars like these. I posted a question on FB in 2018 to see if there would be a commercial interest in this and got over 100 responses!

This car is on the button, is very quick and ready to race/hillclimb/sprint. It has a Motorsport Ireland competition logbook and is located in Ireland (near Shannon airport) but can be shipped globally by agreement. Moulds, jigs, spare bodywork and chassis etc are located in the UK.

A total price of £25,000 is based on the value of the car plus the likely financial return from the existing production agreement but in the right hands, this package could be worth much much more. Alternatively I may consider splitting the package and selling the car for around £18k or production rights plus jigs etc separately.

I am selling because I have another project that is nearly complete but may consider part exchange of something interesting! OMS, Vauxhall Lotus, Hayabusa, or a historic single seater

circuit spec car to Jedi/F1000 regulations - can do deal with enclosed trailer....

This is a fantastic opportunity to own a part of Porsche racing history- Only 25 known cars.

Ready to drive home for Christmas