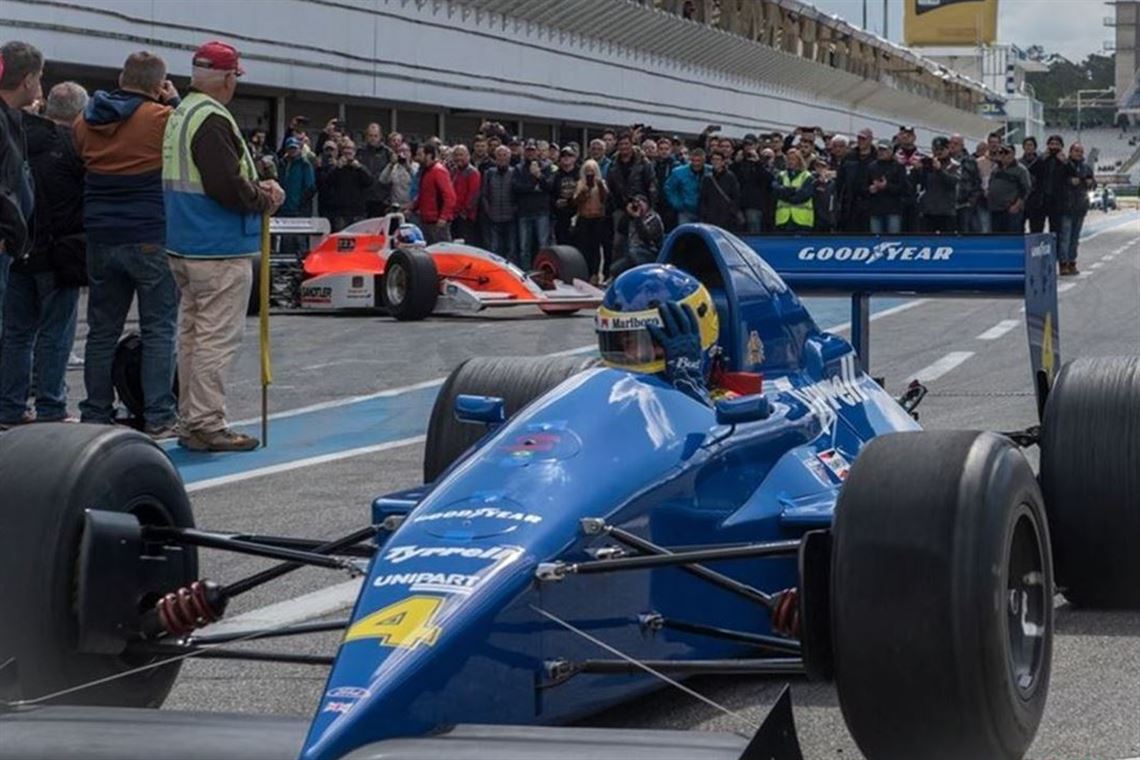 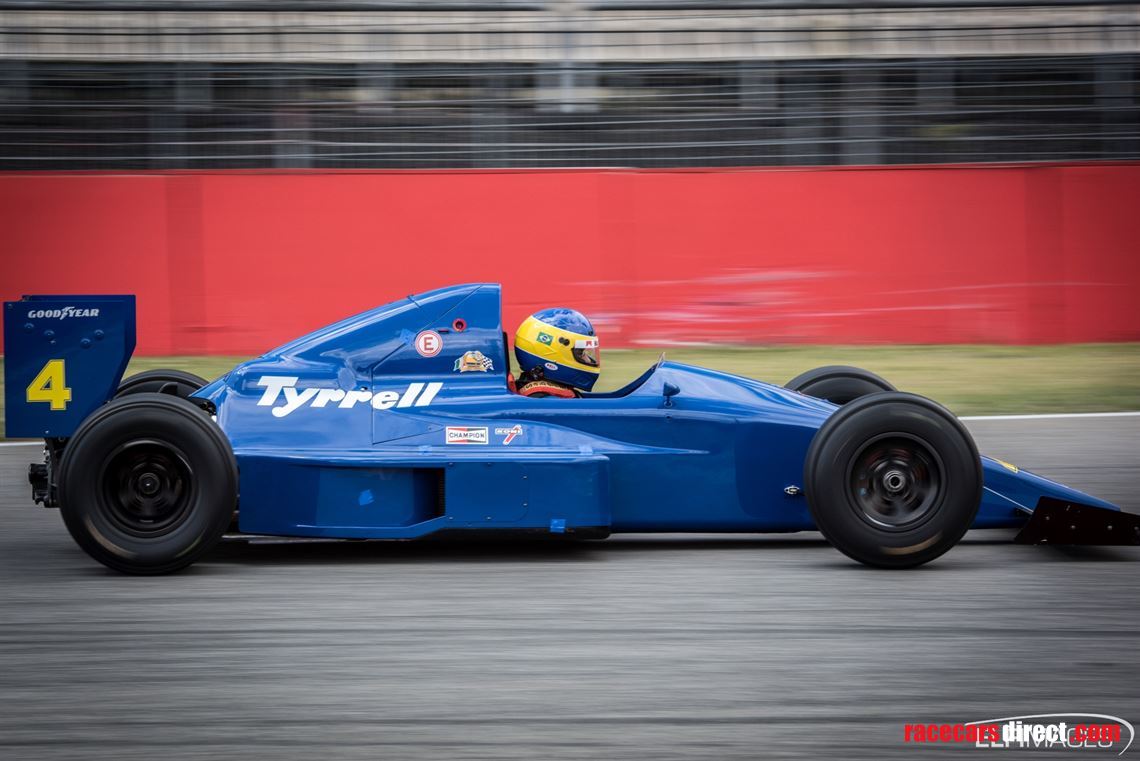 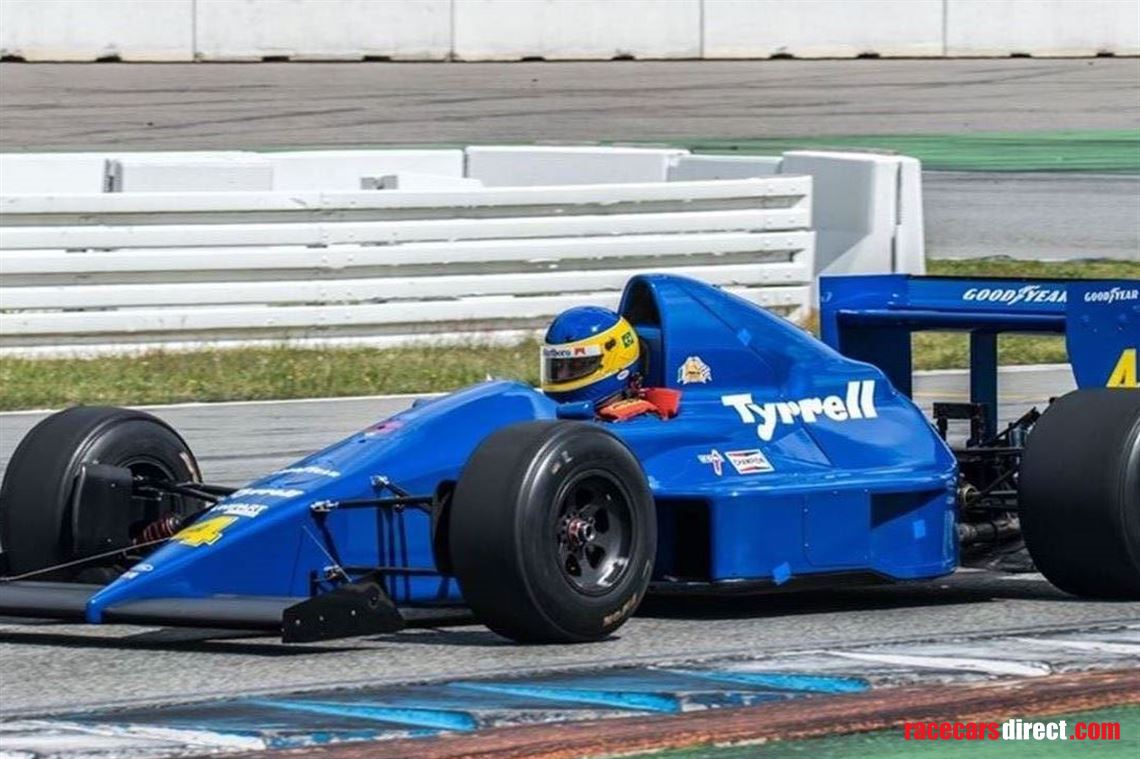 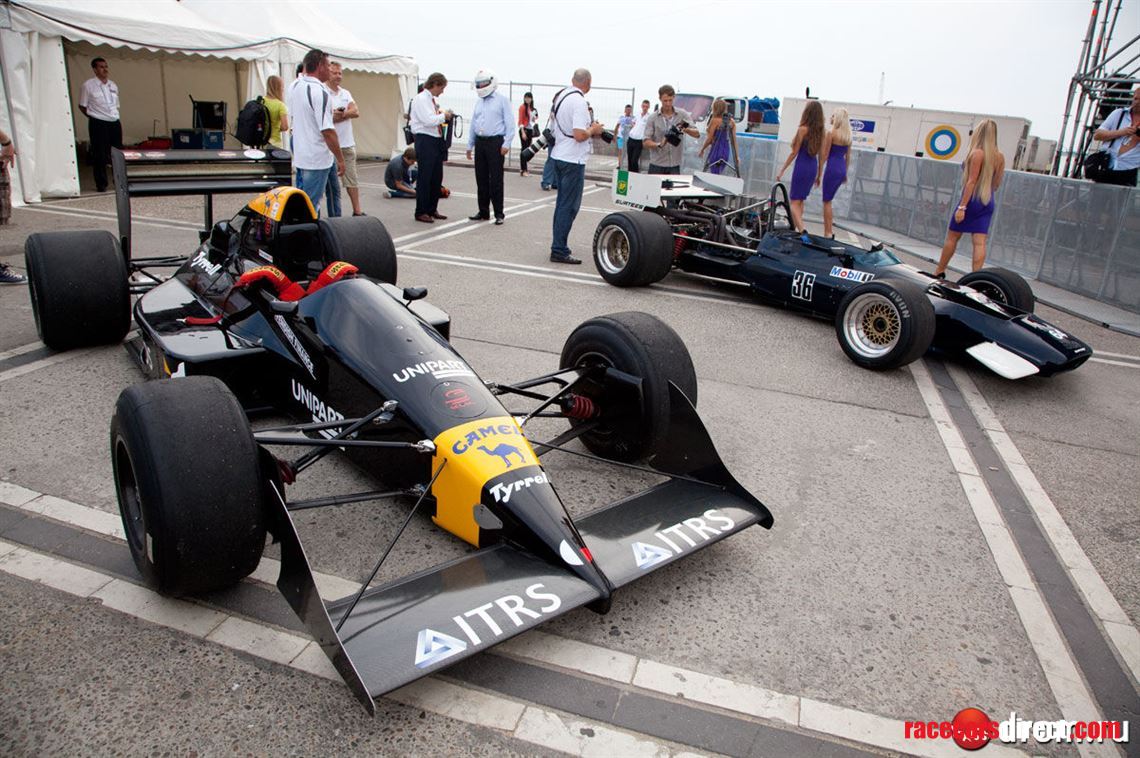 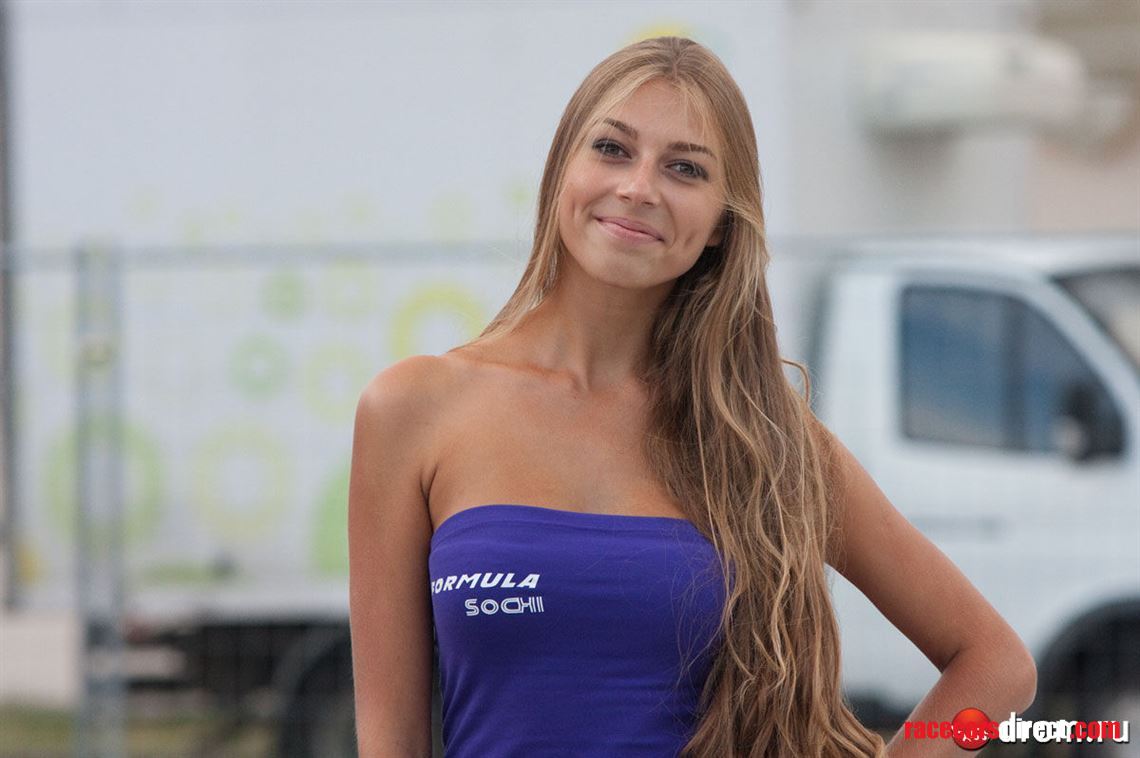 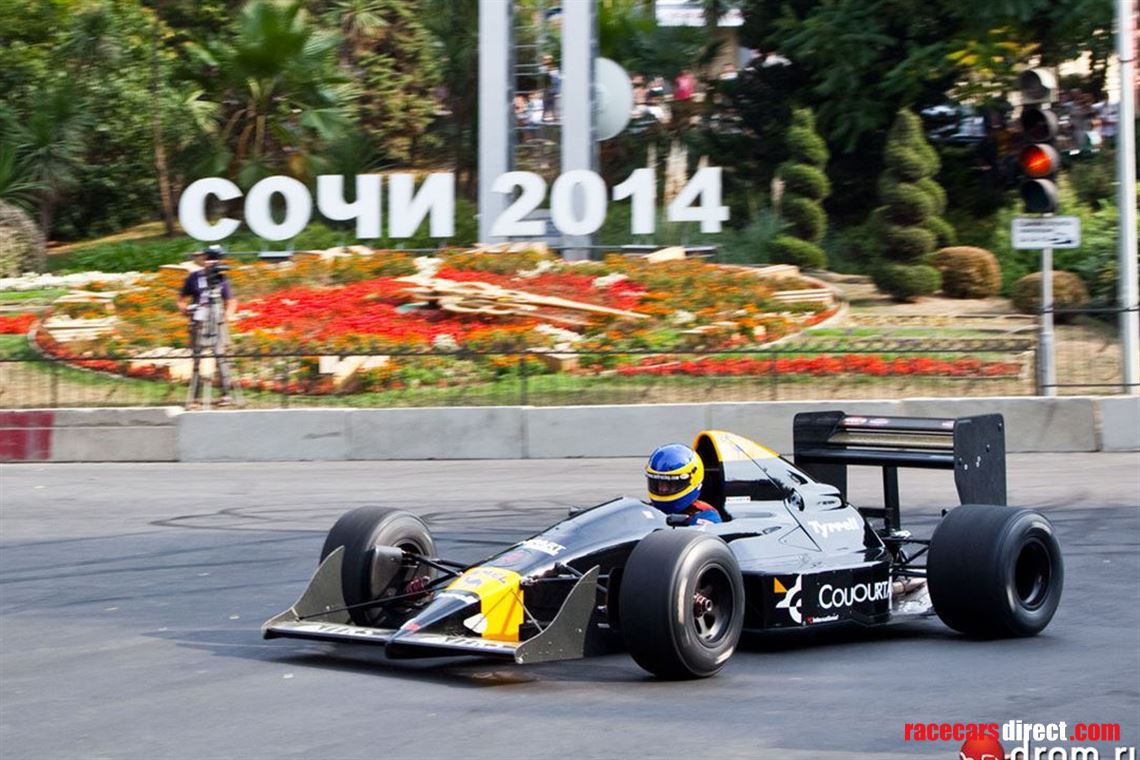 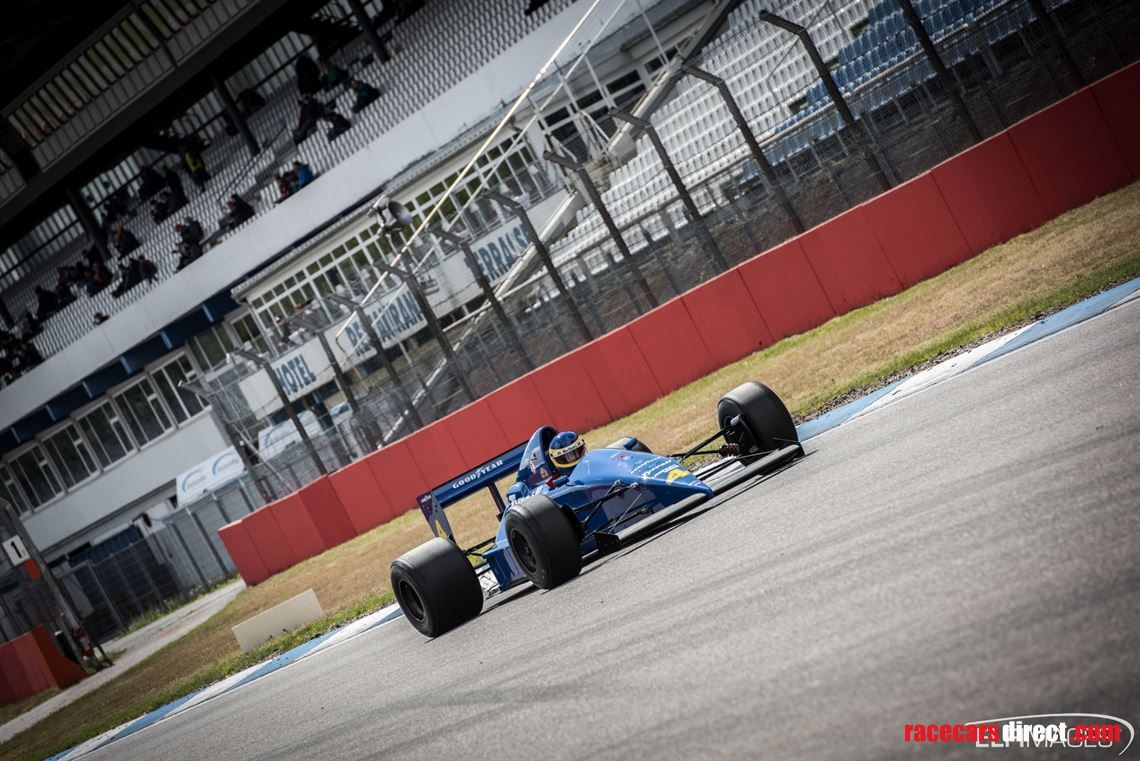 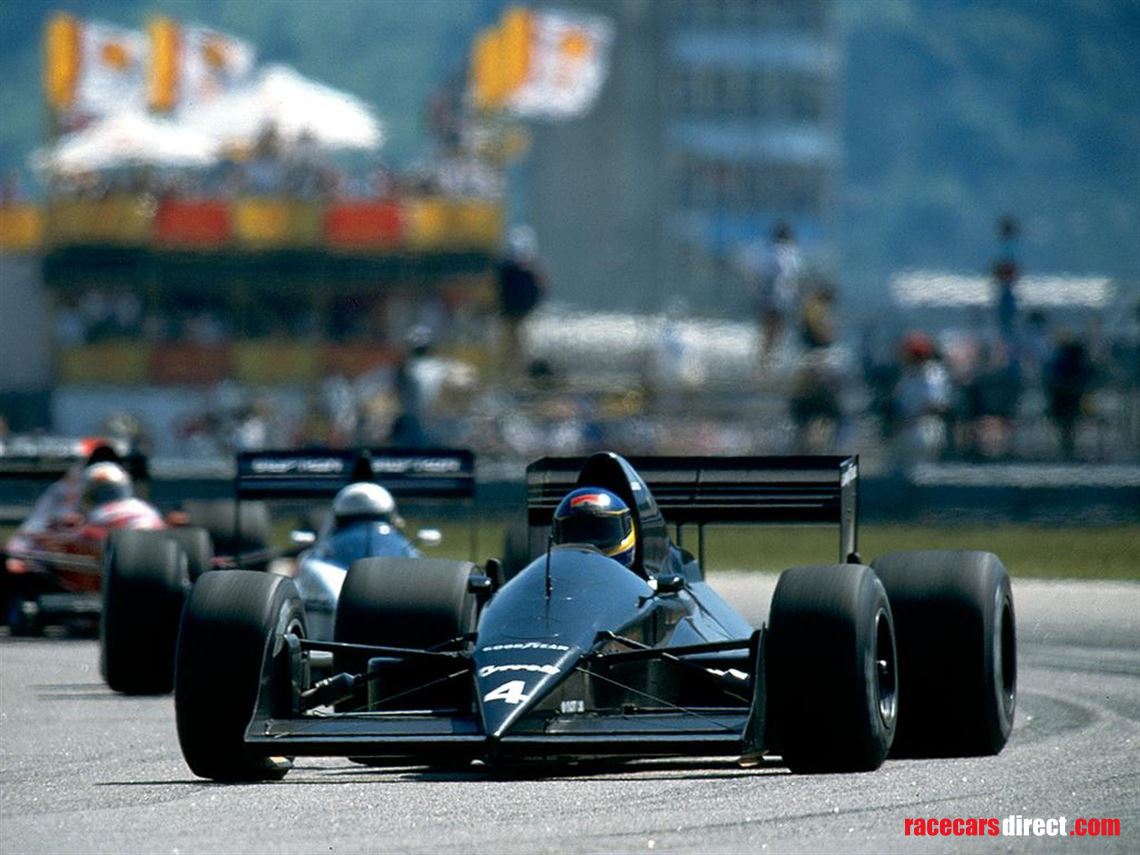 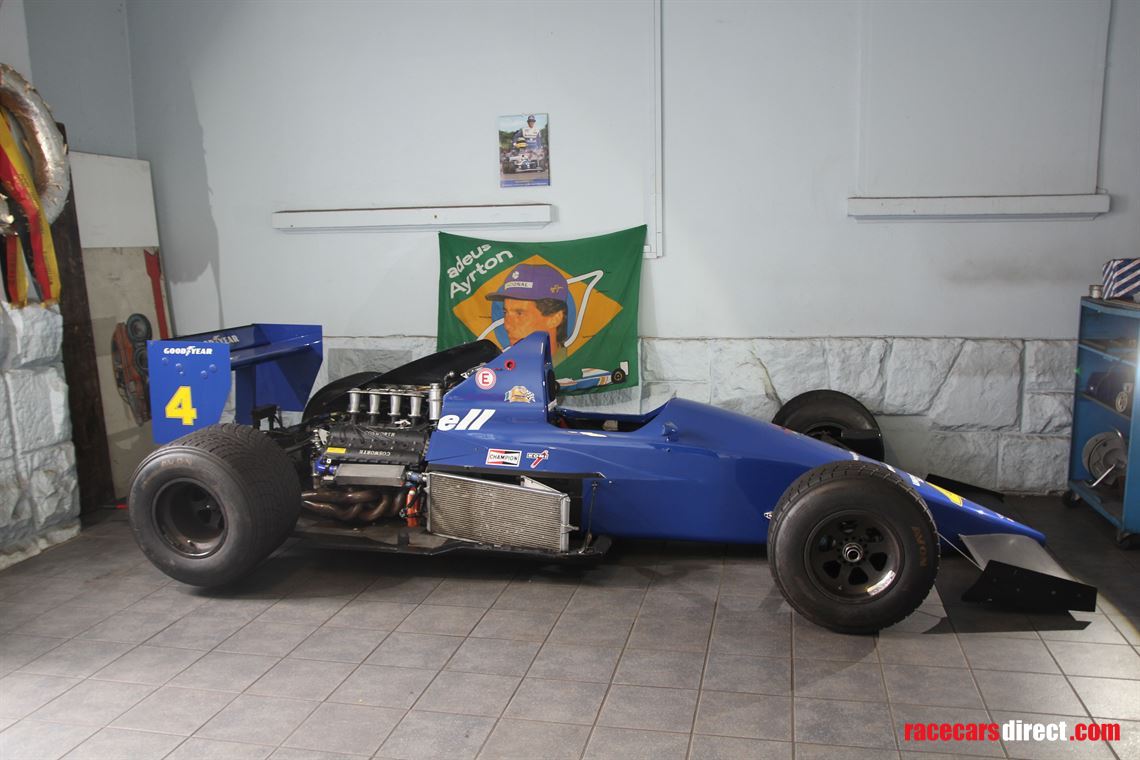 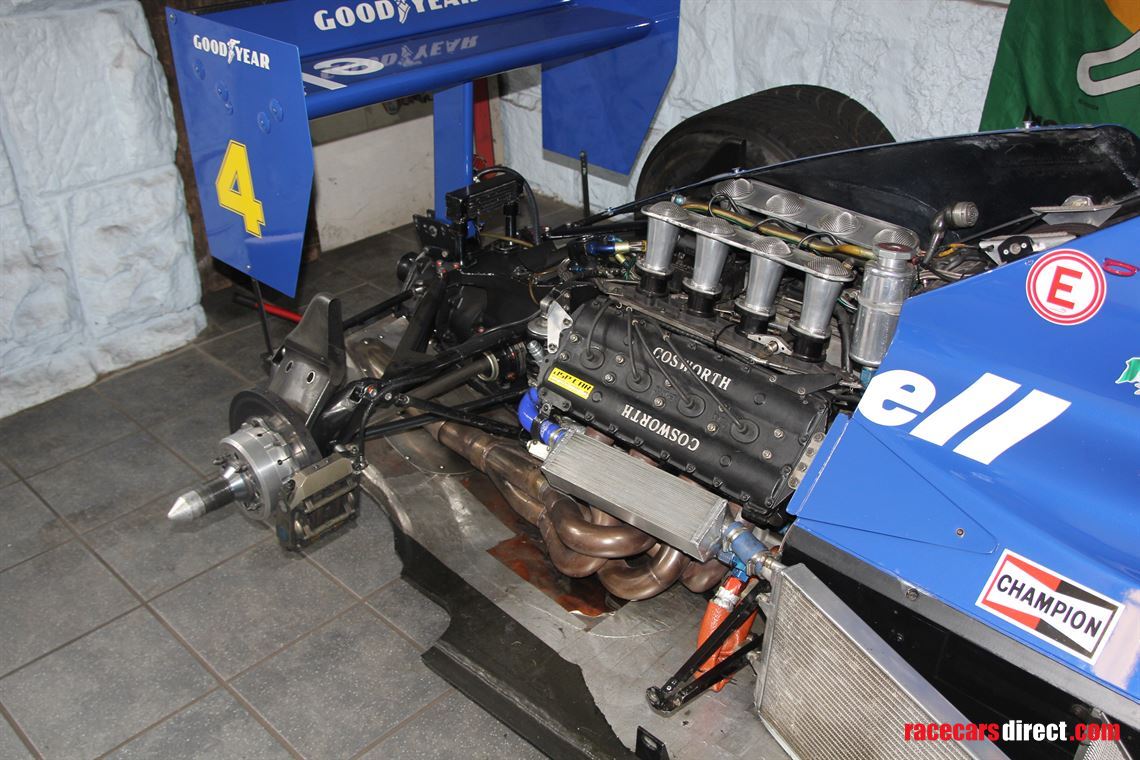 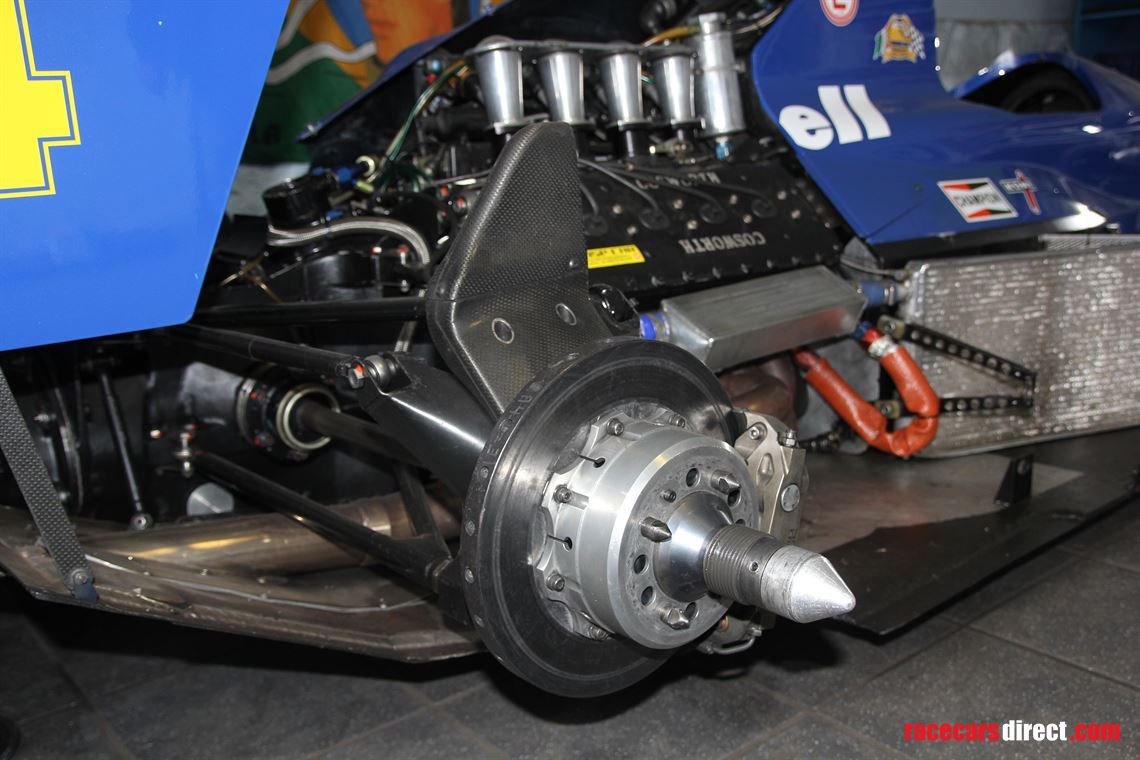 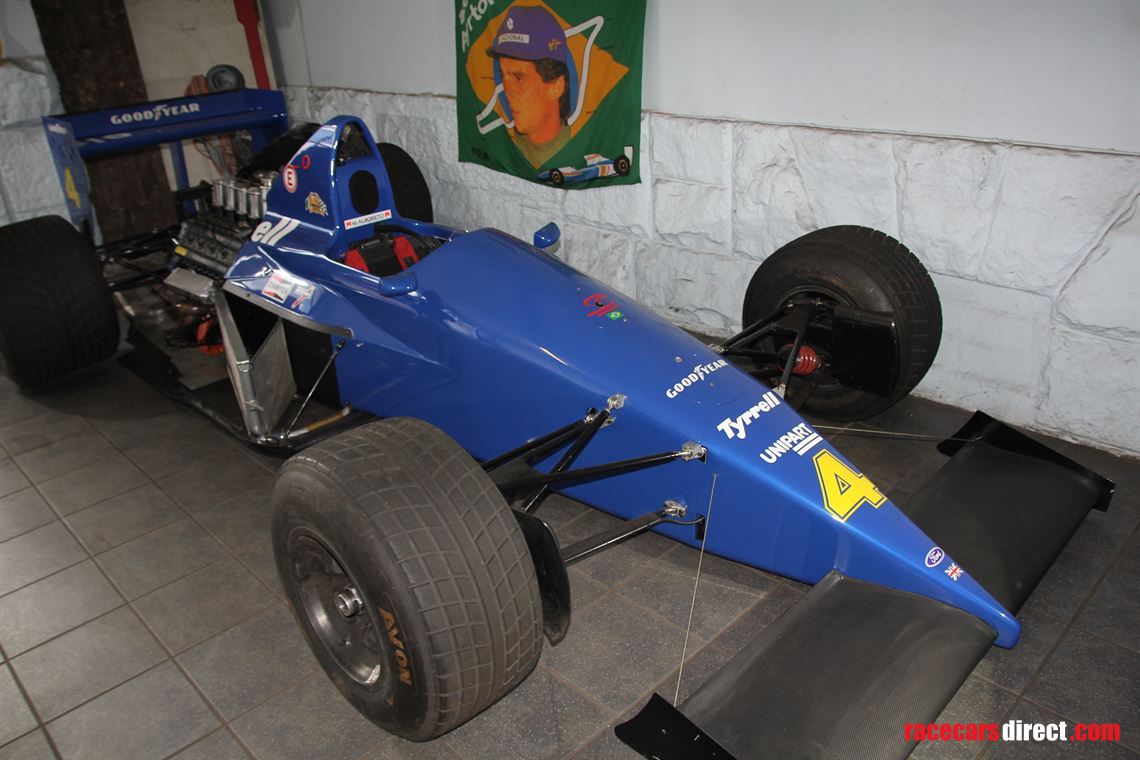 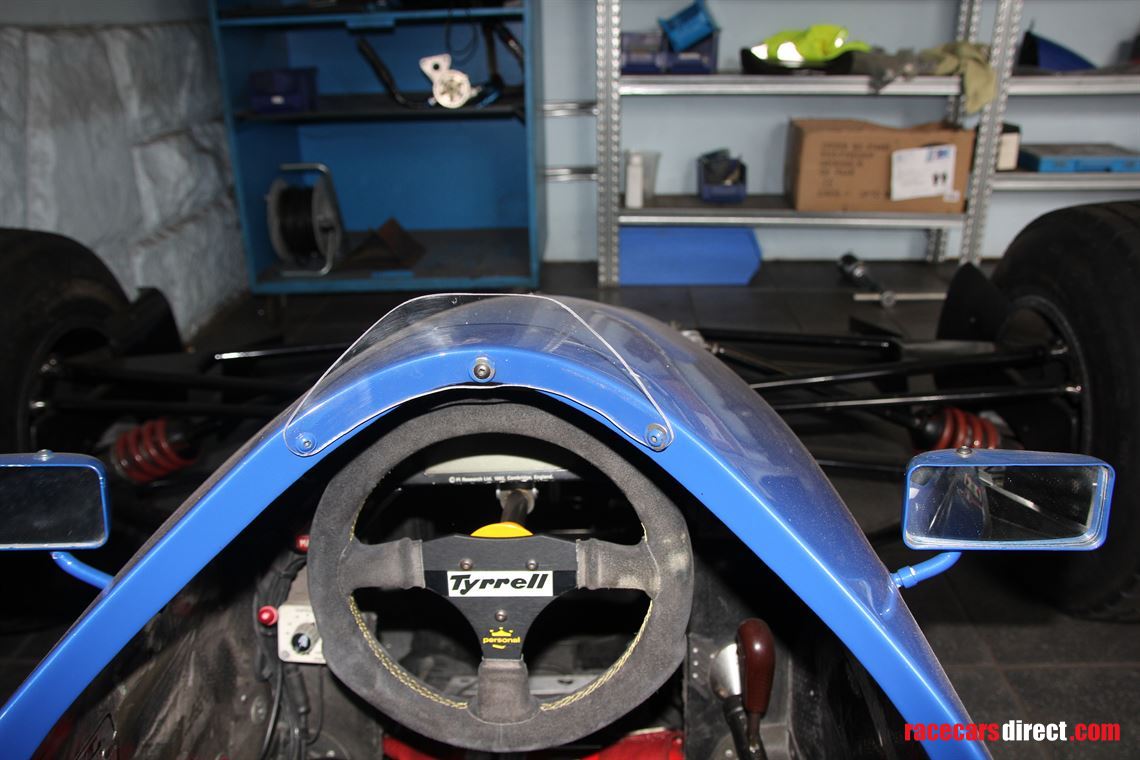 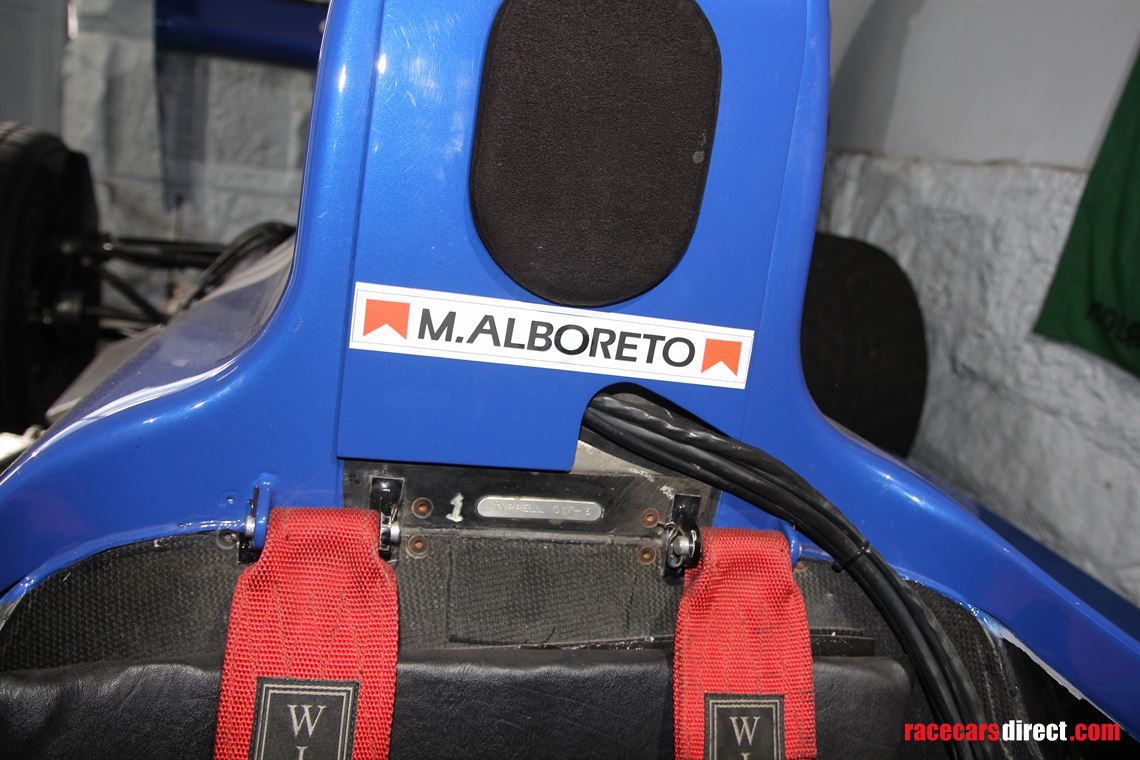 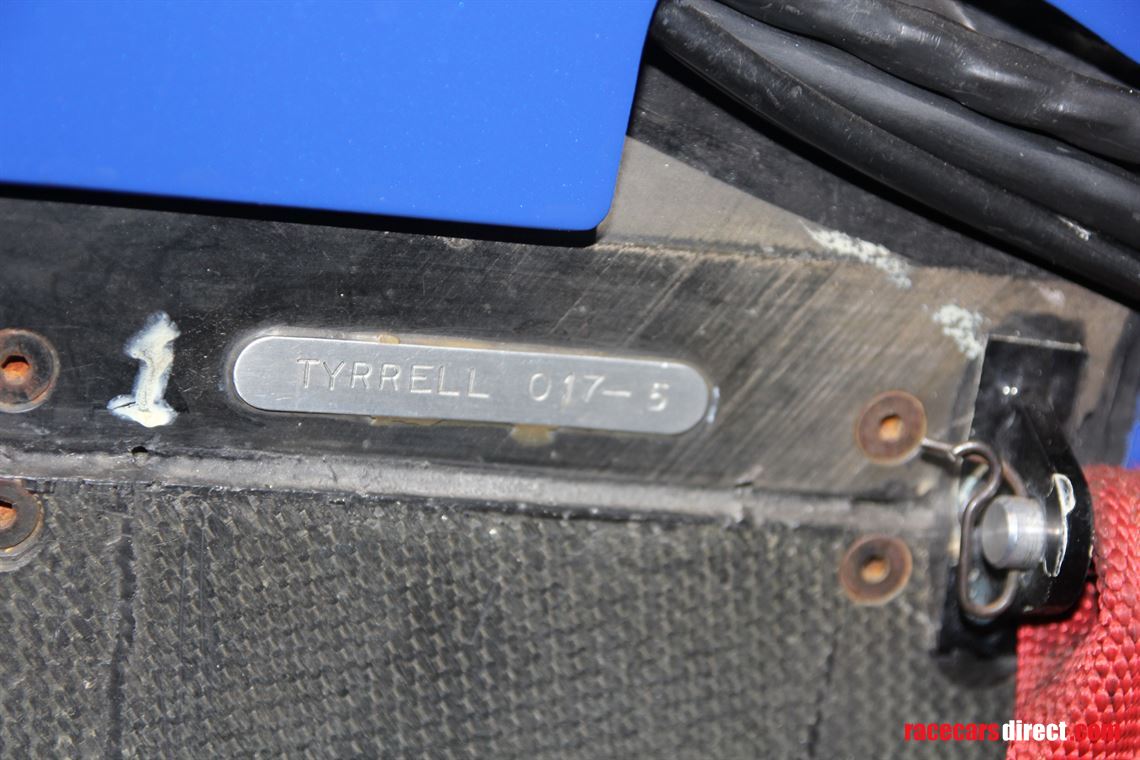 The last Chassis from the Type 17 build up in 1988. Lighter and Stiffer as the Chassis Nr 1.2. and 3 from the Modell. With Modified Pushrod Front Suspension for the Last 2. Grand Prix in 1988. Driven by Dr. Jonathan Palmer in the Japanese GP and the Australian GP 1988. For the 1989 Season this Car was entered for the First Races until the Monaco GP as B-Version. With the new Gearbox and Rear Suspension from the coming Tyrrell 018. Driven by the Last Tyrrell GP Winner the late Michele Alboreto in the Brazilian GP. In the San Marino and the Monaco GP the Car was used as Spare Car. Long term Ownership for the last 10 Years. The Car is powered by a Ford Cosworth DFY Engine and have the 5 Speed Gearbox. Always well maintained over the last 10 Years in Association with JSP Car in Switzerland. The Car where only used for Demo Runs with the Race Club Germany, The Force, Sotchi in Russia and the Amsterdam Motor Show over the last ten Years. The Car is in overall Good Condition and runs always well. The Tub have much space also for tall Drivers. The Car comes with a good spare Package. On Youtube you can hear the Car running.

Pre-airflow shell in VGC with history back to 1991. Near new engine and gearbox. Spares package.