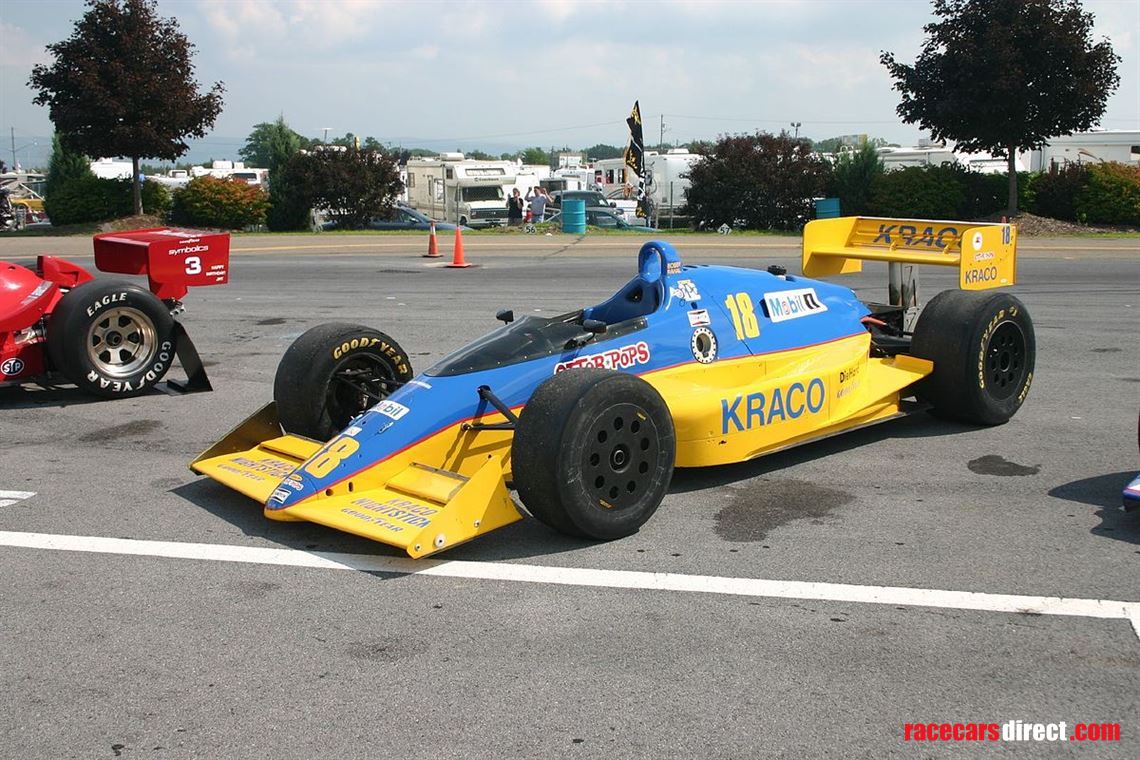 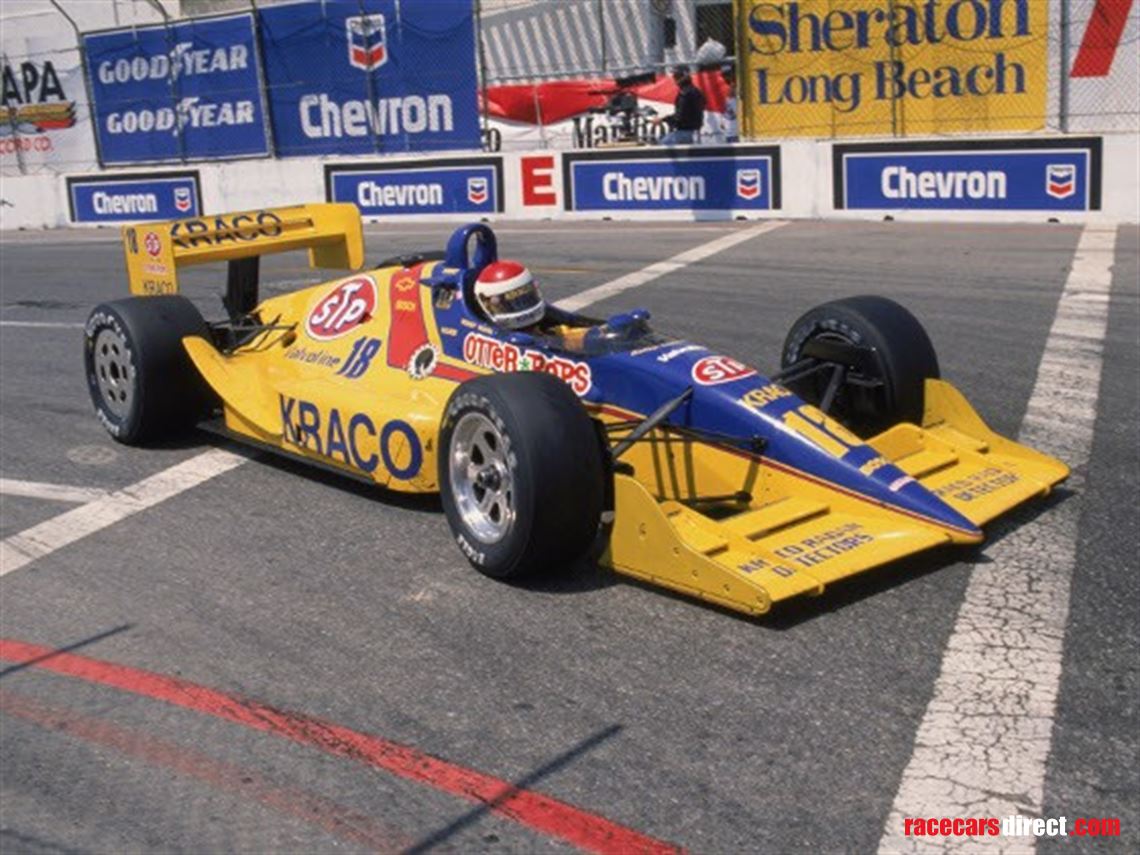 Lola, an iconic name in motorsport, was founded in 1958 by former quantity surveyor Eric Broadley and based in Huntingdon, Cambridgeshire in England. Lola became one of the oldest and largest racing car manufacturers in the world.

Lola produced some wonderful cars, from Eric Bradley’s original Mk I sportscar, Formula 3000, Formula One and IndyCars to the 21st Century LMP1 and LMP2 cars. Lola invariably succeeded at all the varied racing disciplines that it entered.

Founded the following year to Lola, in 1959, Kraco Enterprises was initially based in Compton, California and primarily manufactured rubber products, especially car floor mats for the automotive industry.

In the 80’s and 90’s Kraco became involved in IndyCar racing with some of the sport’s greatest names. US racing legends Michael Andretti, Bobby Rahal and Al Unser Jr who won the Indy 500 with the team in 1992.

Robert Woodward Rahal, won three Championships and twenty-four in the CART IndyCar series including the 1986 Indianapolis 500 and the 2004 race as a team owner. A veteran of many racing disciplines with great success, drove for Kraco Racing in the 1989 IndyCar Series. He also competed in two rounds of the F1 World Championship and would manage the Jaguar Formula 1 team later in his career. Bobby continues to be an enthusiastic and successful historic racing driver.

The Lola T89/00 was an evolution of the successful T88/00 with Chief Designer Bruce Ashmore at the helm. Seven drivers won races in 1989, each one of them and several others capable of winning on any given day. The Penske’s, Lola-Chevrolet’s and Bobby Rahal’s Lola-Cosworth were all contenders. Rahal scoring four podium finishes and winning the Meadowlands race at New Jersey in the wet, driving HU05.

T89/00 chassis HU05 was invoiced to Kraco on 19th January 1989 and Lola believe that this car was the team’s road circuit car. Two further chassis were bought. One for speedways and superspeedways and the third, as a spare, which was standard practise in IndyCar racing.

Today, HU05 is eligible for all the main historic race series in the US, including the Sportscar Vintage Racing Series, Historic Sportscar Racing and the Historic IndyCar Series. It would also make a superlative track day car with organisations such as Targa 66 or could be stored and run at private circuits such as Thermal in California.

Both the Lola T89/00 and the Cosworth DFS are easy to run and maintain. There are numerous engine service companies in the US that specialise in the Cosworth IndyCar engines. By today’s standards the engine is a straightforward customer unit with a PI dash - easy to use with no complicated electronics which could easily be run and maintained with very little specialised equipment by any competent historic racing team.

This historic and well documented Lola IndyCar, represents tremendous investment potential, along with the ability to be driven and enjoyed making it a valuable addition to any collection. The fact that it is a race winner, as driven by American motor racing icon, Bobby Rahal, only adds to the value and appeal of this special car.

AN IMMACULATE CAR THROUGHOUT, HIGH SPEC INSIDE, NEVER RACED, NEVER CRASHED, ONLY 1 OWNER FROM NEW