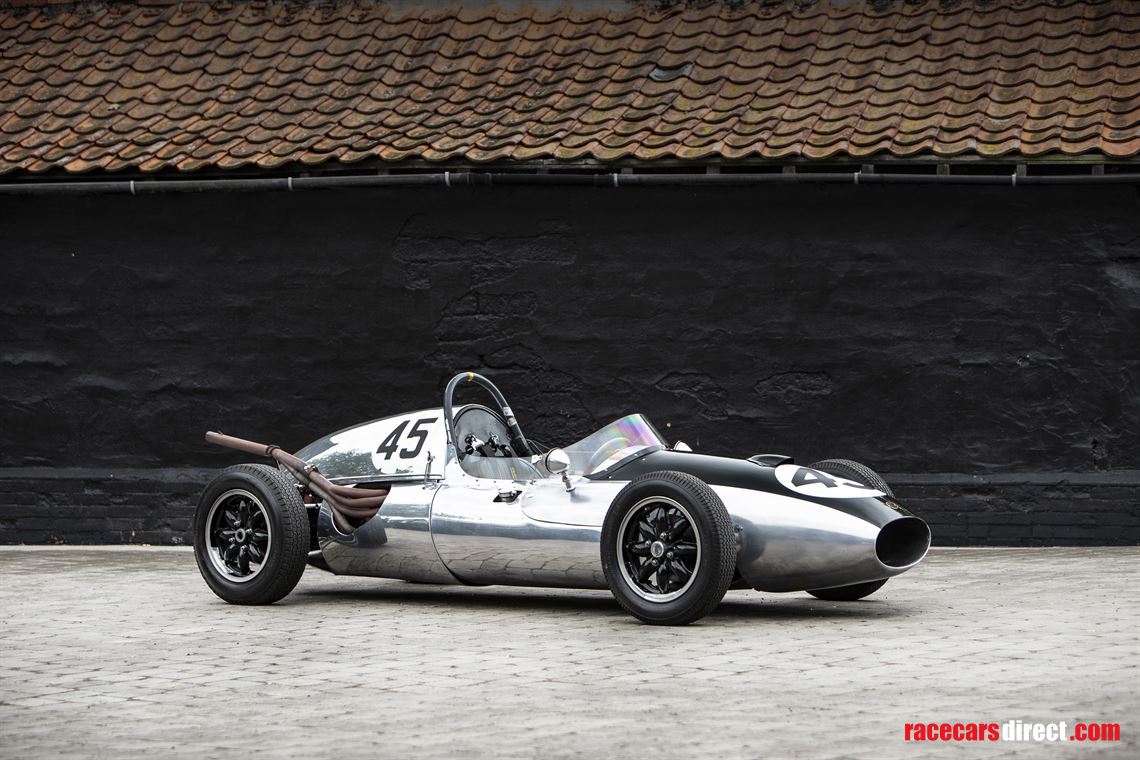 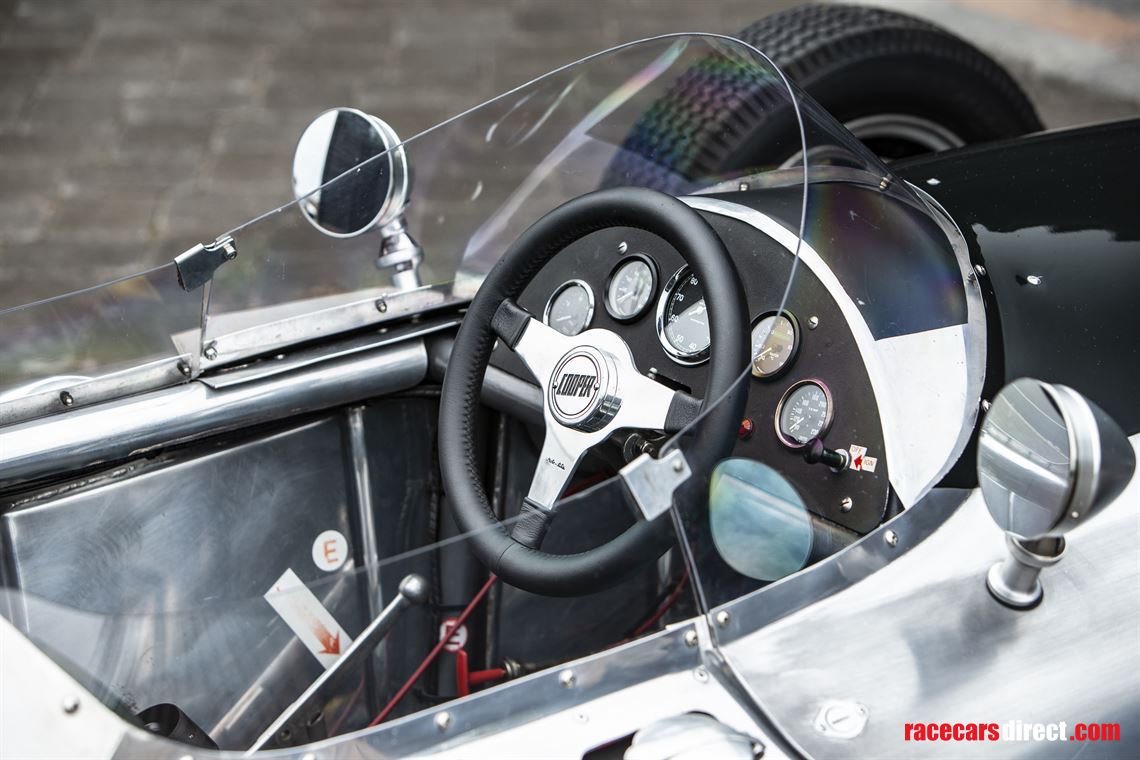 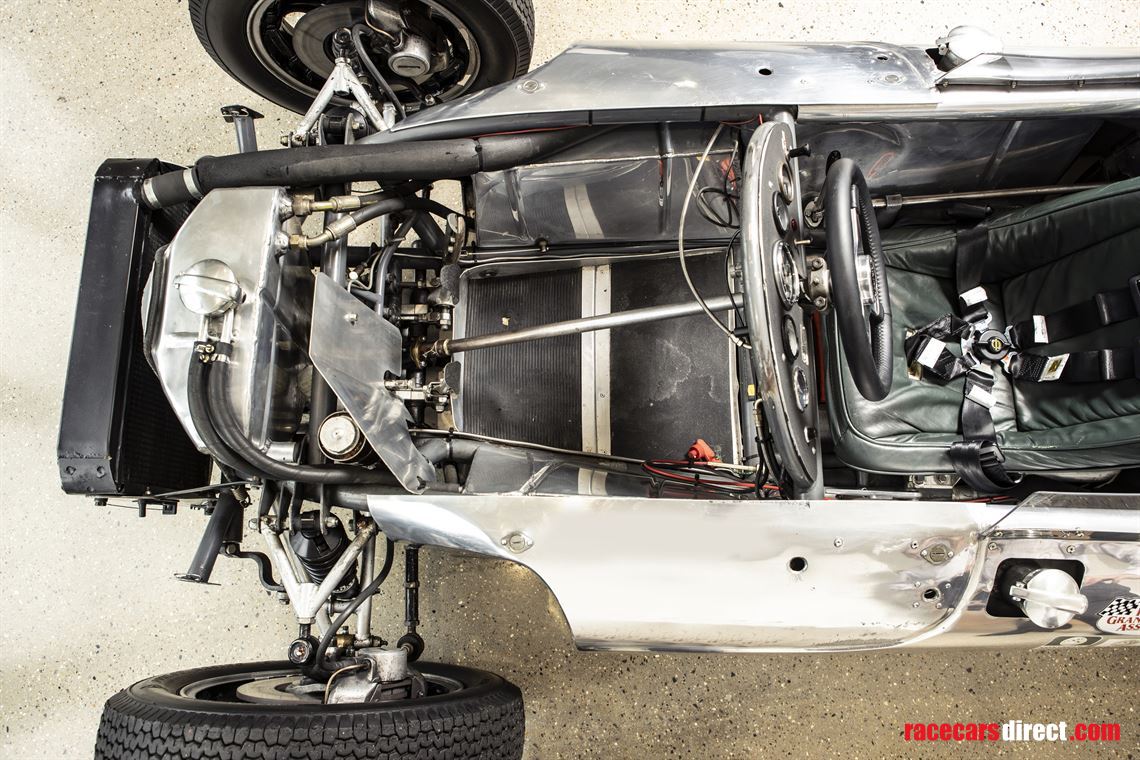 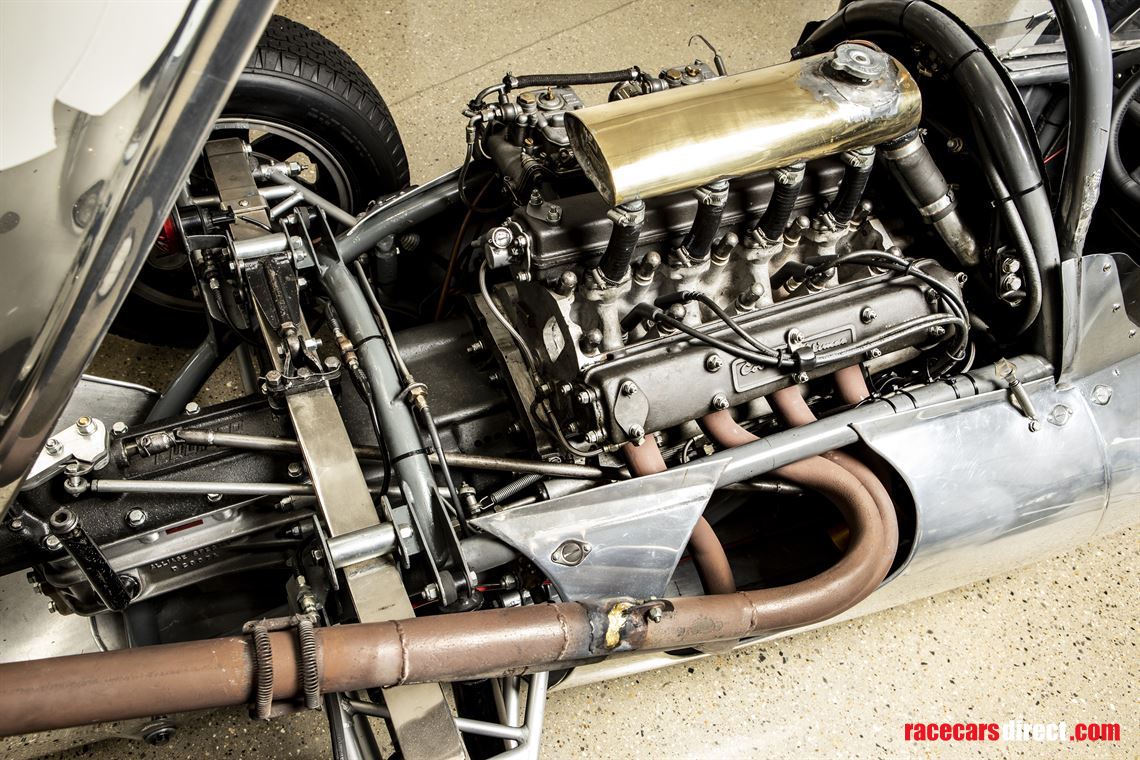 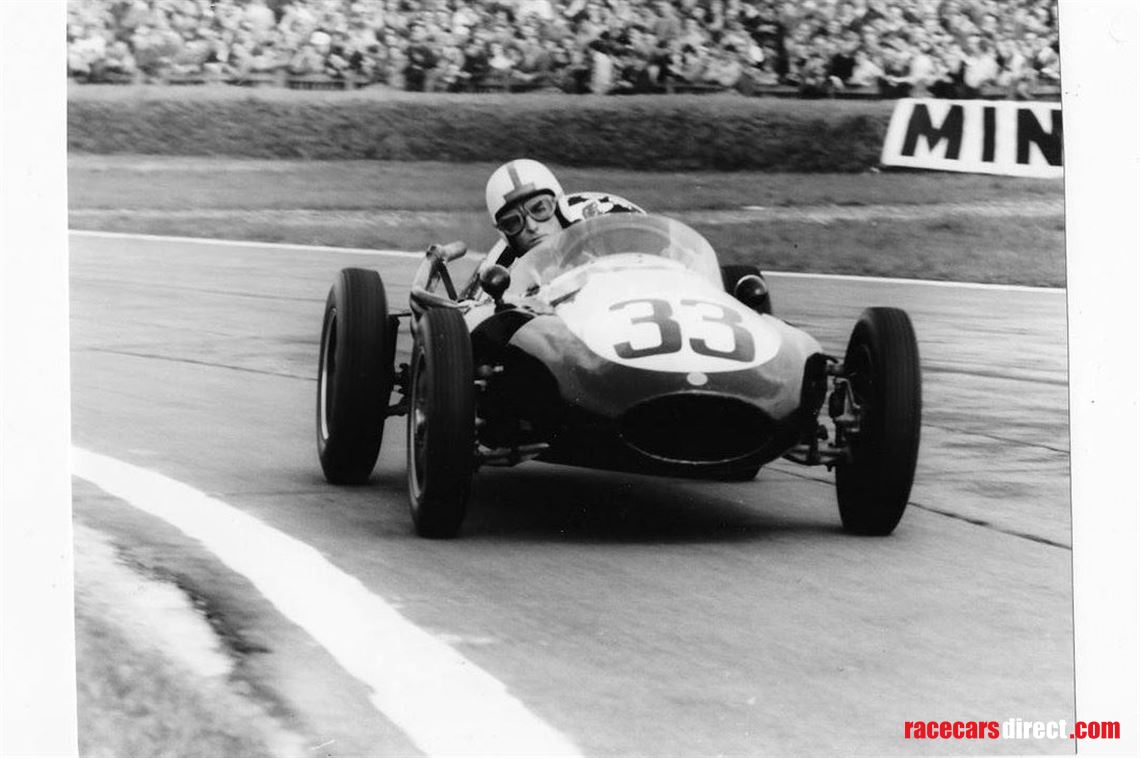 As 500cc F3 grew through the 1950s, by far its most successful driver was Jim Russell. The gritty little Norfolk garage owner won the British F3 championship three years running, in 1955, '56 and '57. To enthuse others, Jim started a racing drivers' school in 1957, which became the world's most celebrated training establishment.

By 1958 it was time to move on from F3. Offended by Charlie Cooper's offer of the 'number two' works F2 drive, Russell decided to take them on. He ordered a Type 45 chassis – numbered F2-8-58, fitted with the state-of-the-art Coventry Climax FPF engine, the car was prepared by his own team – and Jim quickly found his feet in the 1500cc category.

Jim scored his first F2 win at Crystal Palace in the first Anerley Trophy heat in July, and started from pole on home soil at Snetterton before retiring. International successes followed first time abroad in the Berlin GP on the banked AVUS road course– and the wet Coupe du Salon at Paris' Montlhèry circuit.

Russell had well and truly arrived in F2 and, determined to capitalise, updated F2-8-58 with disc brakes for the 1959 season. Jim started the season strongly, third in Goodwood's Lavant Cup race presaging victory in Oulton Park's British Empire Trophy event and the 1500cc classification of the International Trophy at Silverstone. He also re-set the outright lap record at Snetterton in an epic Formule Libre scrap with double Le Mans winner, Ivor Bueb, in a Lister-Jaguar.

As a result Russell was leading the 1959 Formula 2 Championship in F2-8-58, when he suffered third degree burns and numerous broken bones in a fiery accident at Le Mans in his Cooper Monaco.

Whilst Jim was recovering, 'star pupil' turned chief instructor Mike McKee was entered in F2-8-58 in 1960. McKee was fast but mercurial, nonetheless he finished sixth overall (second in class) in the Silver City Trophy F1/F2 race at Snetterton. He won at Aintree and Snetterton's Vanwall Trophy race and finished second at Oulton Park, but back at Snetterton retired from the Lombank Trophy F1/F2 race.

With the 1500cc Formula 2 formula finishing at the end of 1960, F2-8-58 does not appear to have been used in 1961. McKee advertised the car in the December 1961 edition of Autosport magazine. It is thought that the car was bought from this advertisement by South African Dave Hume and certainly by 1962 the car was actively racing in SA. From Hume the car passed to Neville Austin and onto Alex Blignault who had a racing accident in the car in around 1965. By now F2-8-58 was simply an outdated racing car, as such Blignault removed the parts of the car he had an immediate use for and decided to bury the rest of it at his farm. The car remained with Blignault hidden from view, until South African Cooper enthusiast Lew Baker was able to purchase the car from him and disinter it. Baker in turn sold the project to well-known Cooper collector and restorer Sydney domiciled South African Ivan Glasby during the 1980s. Glasby commenced the cars restoration before selling it onto seasoned historic racer Tasmanian Scotty Taylor in 2003, who completed the restoration, with bodywork by highly respected Sydney specialists Natoli Panel Creations and restored back to its 1958 colours. The distinctive Cooper T45 served Mr Taylor well in Historic events for many years. During much of this period the car has been looked after by highly respected Cooper Specialists Hoole Racing.

With illustrious period participation in Grand Prix, F1 and F2 events, plus successful period Goodwood outings on its CV, F2-8-58 is of course eligible for Monaco Historique, Goodwood Revival and many other of the best historic racing events world-wide. This represents a unique opportunity to acquire a competitive 1500cc Cooper in which the founder of the world-famous Jim Russell Racing Drivers' School achieved so much success. Offered with FIA HTP valid until 2026.