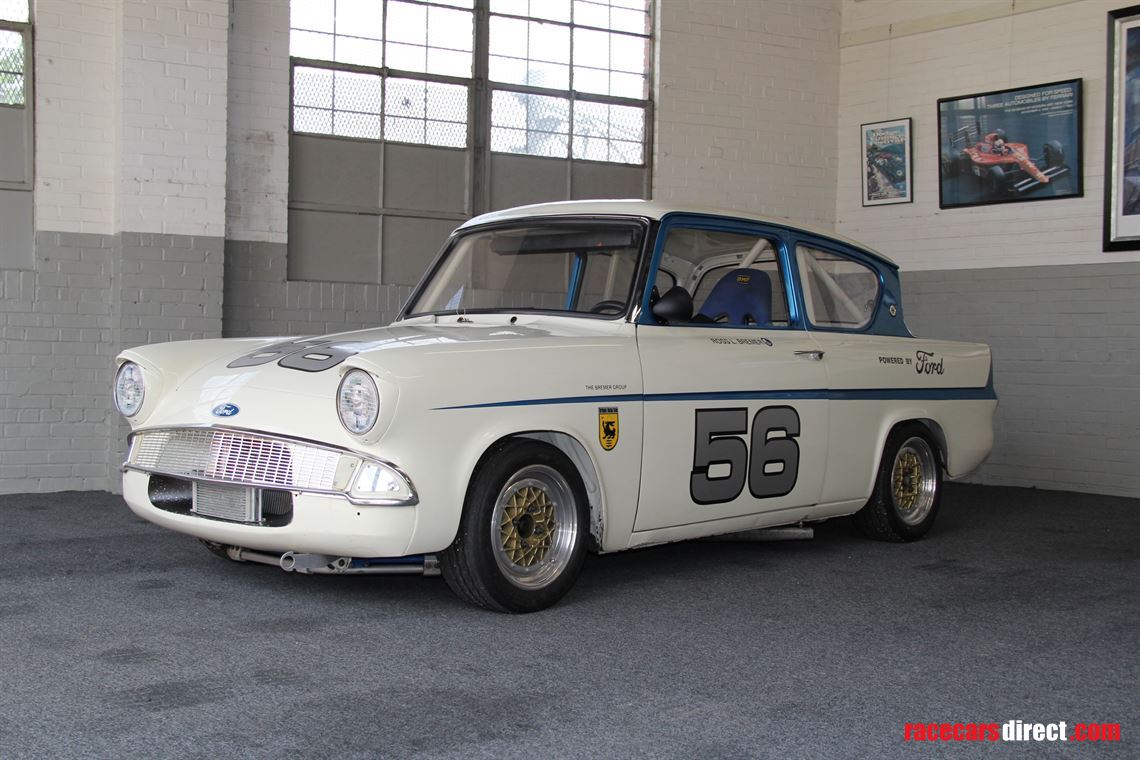 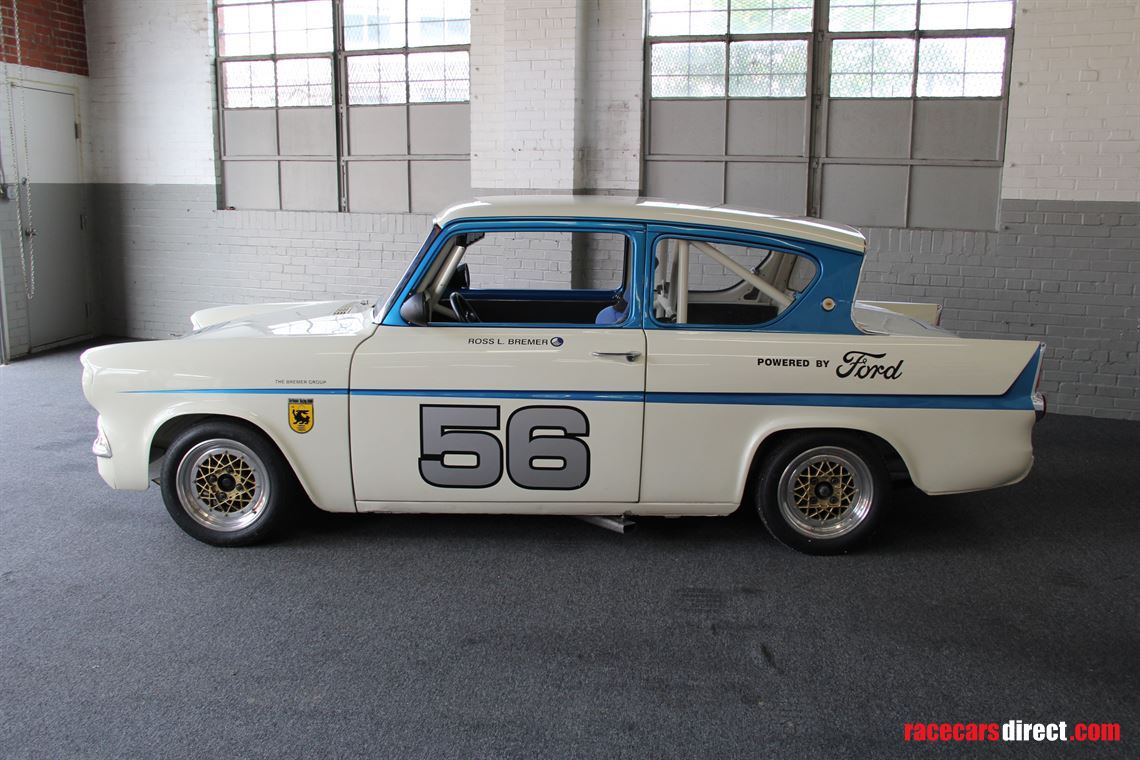 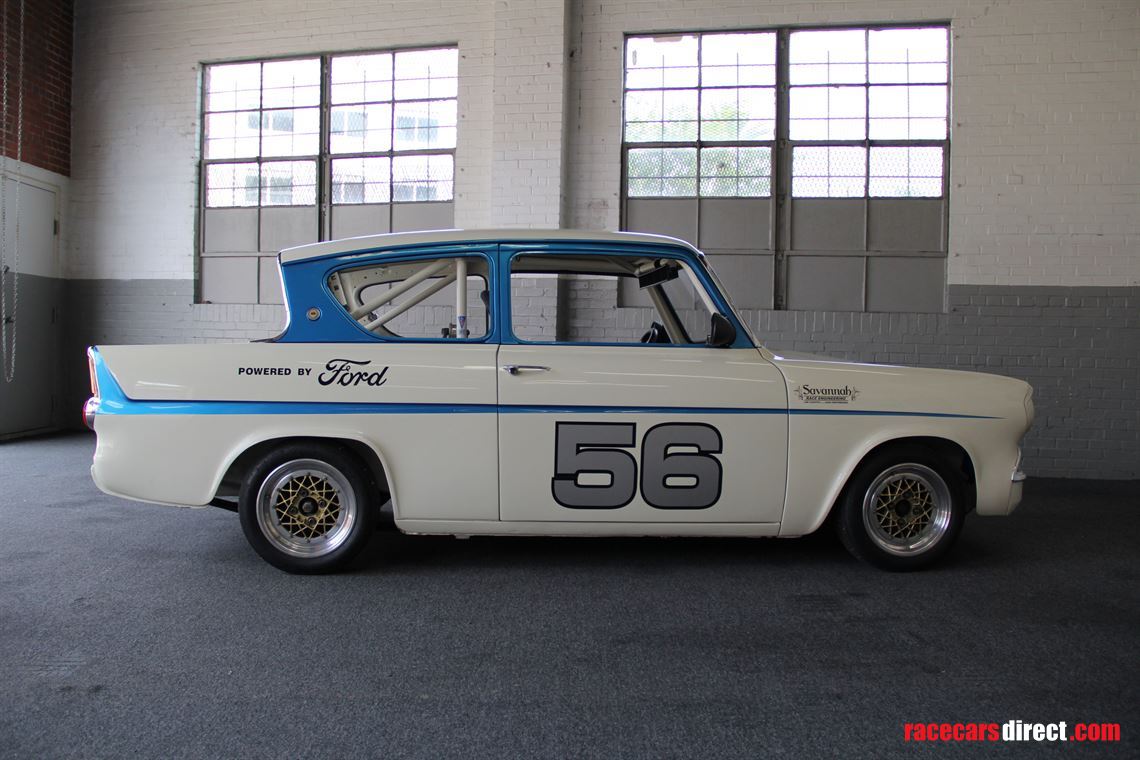 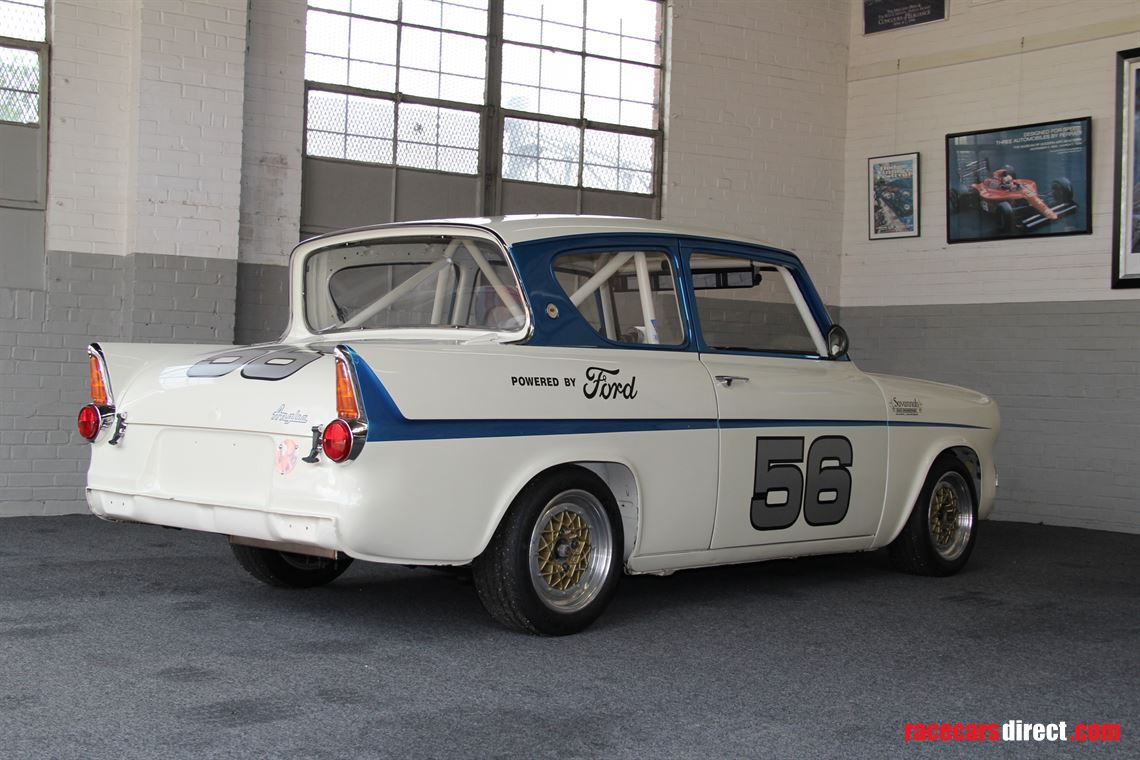 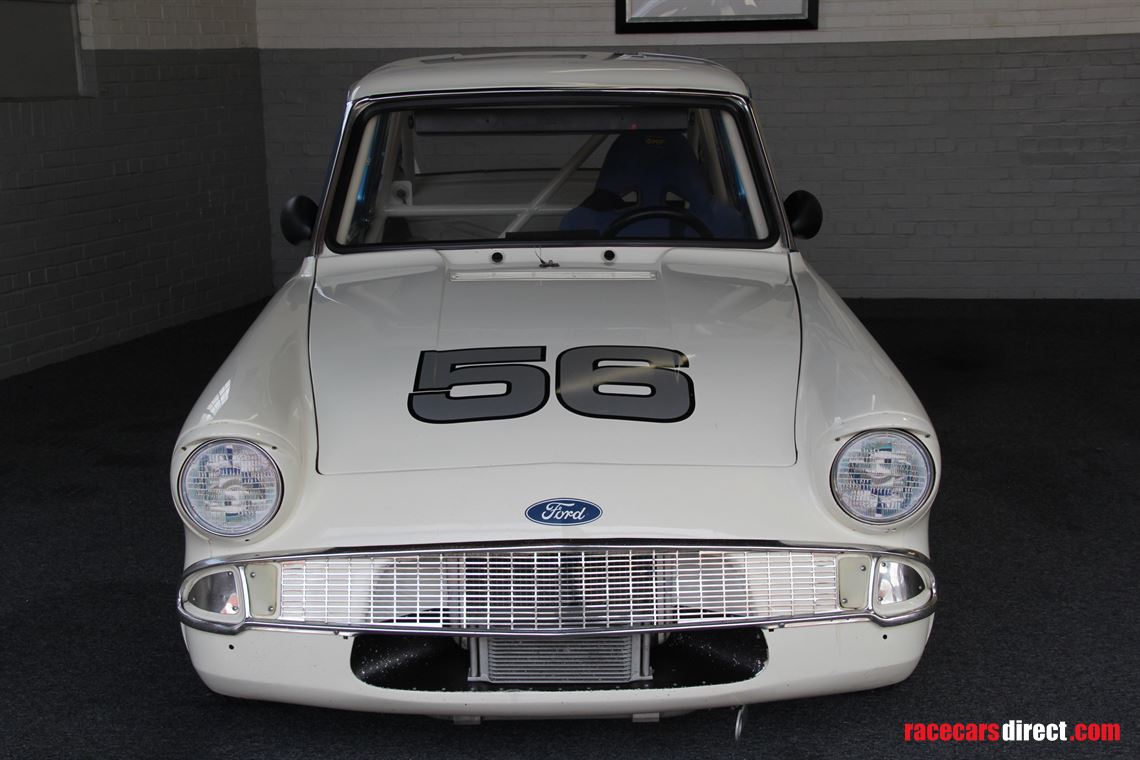 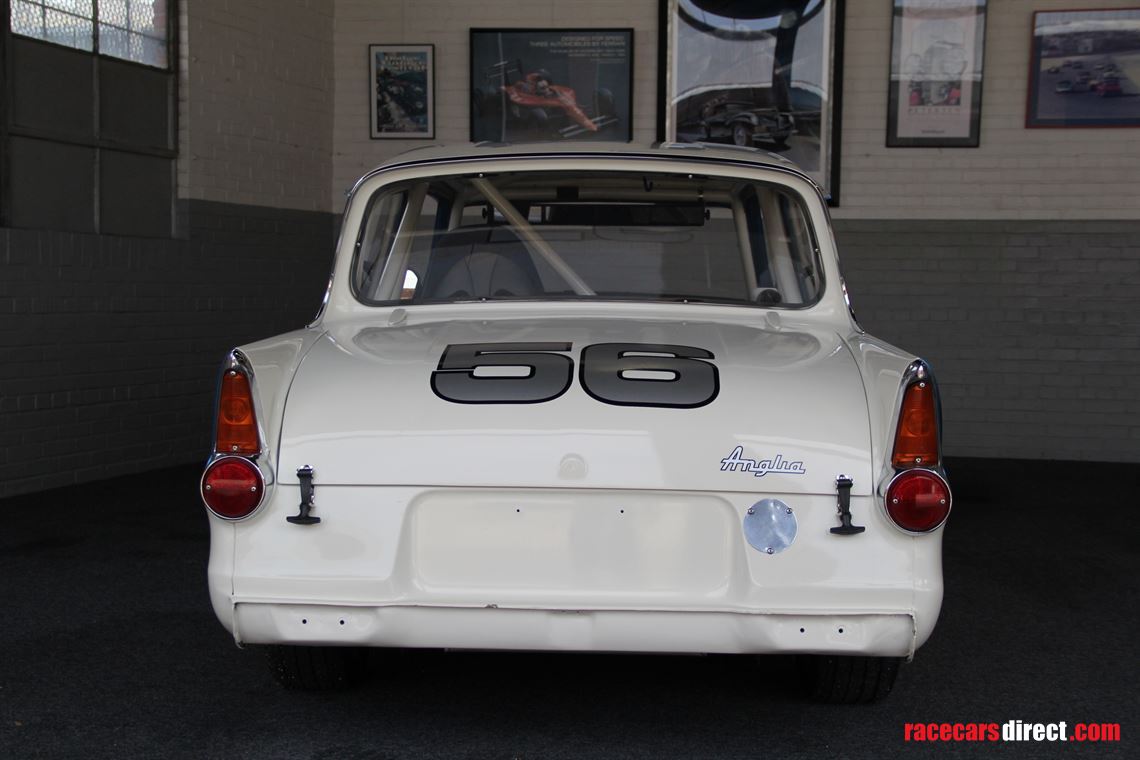 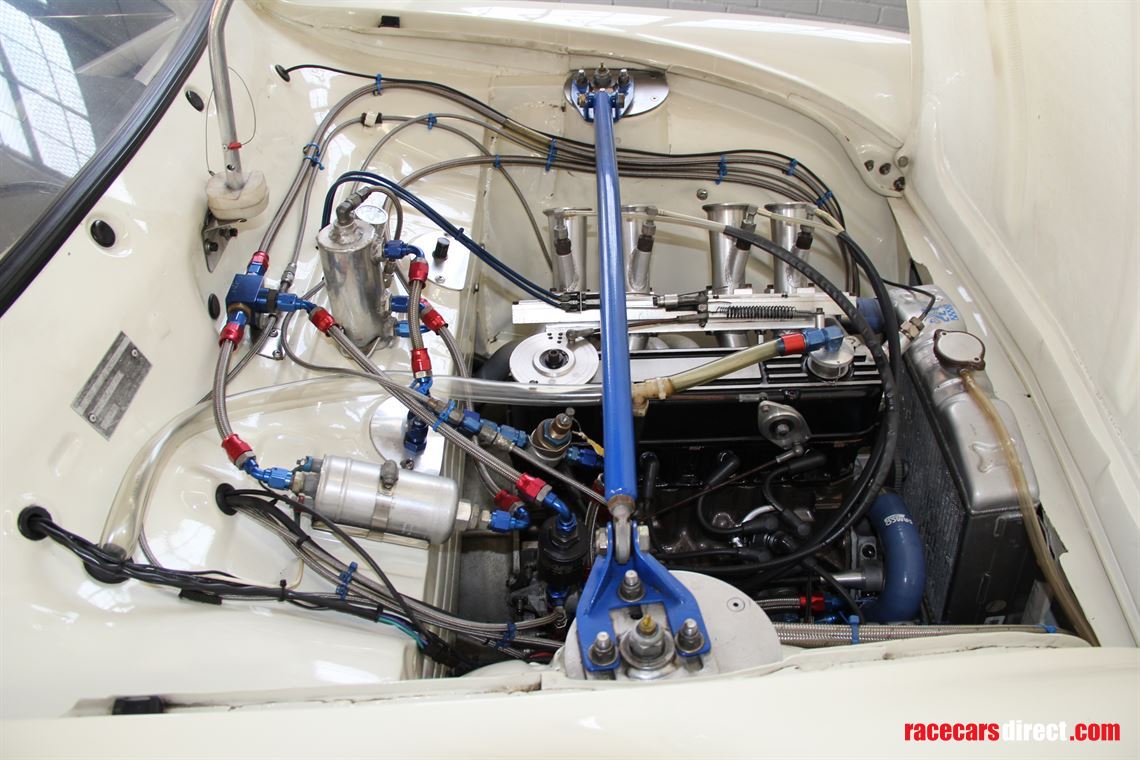 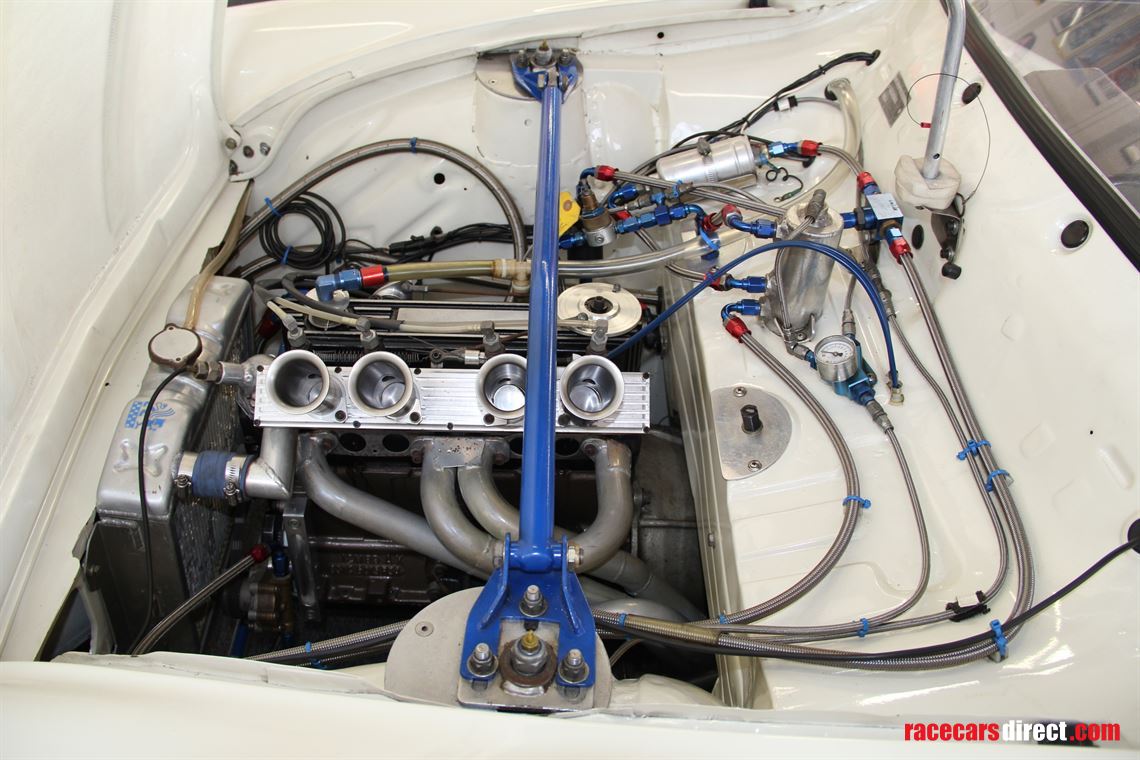 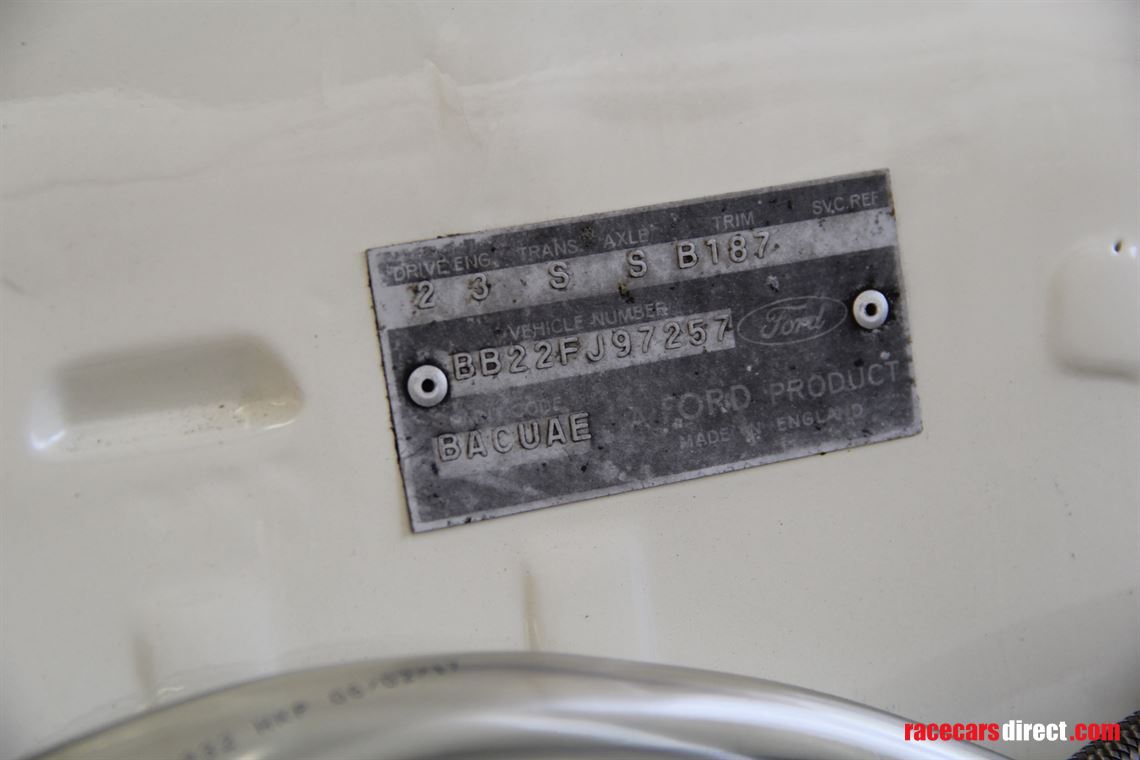 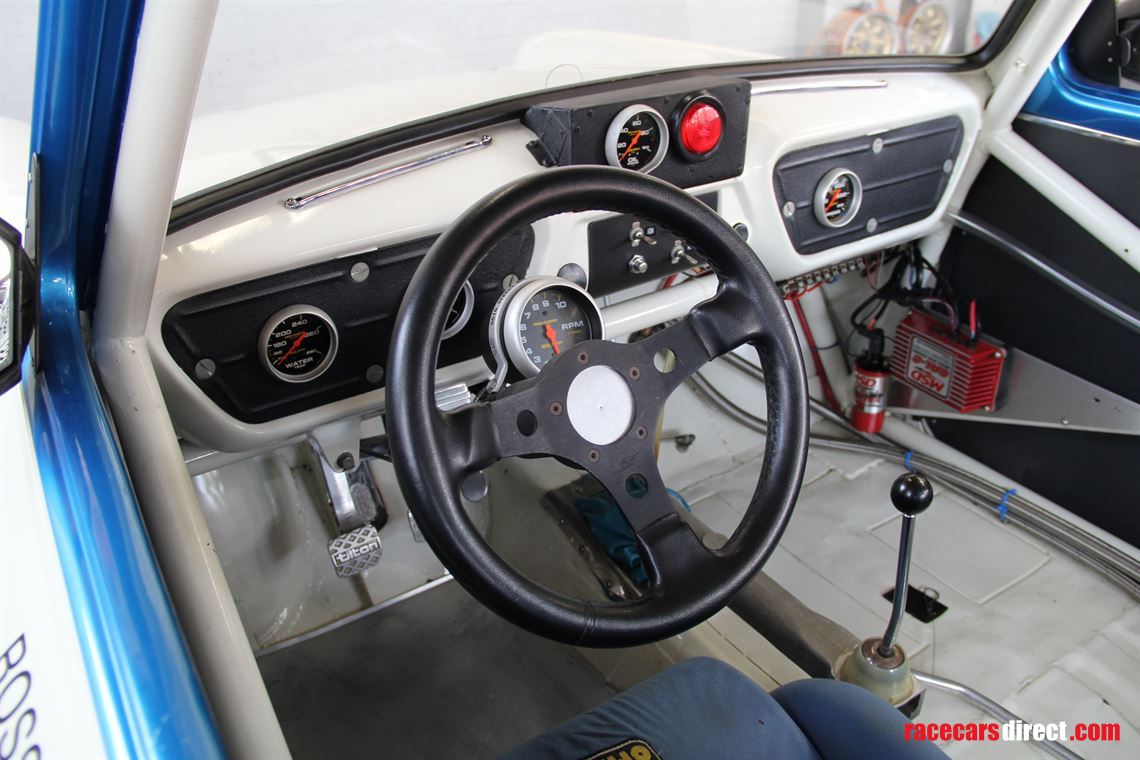 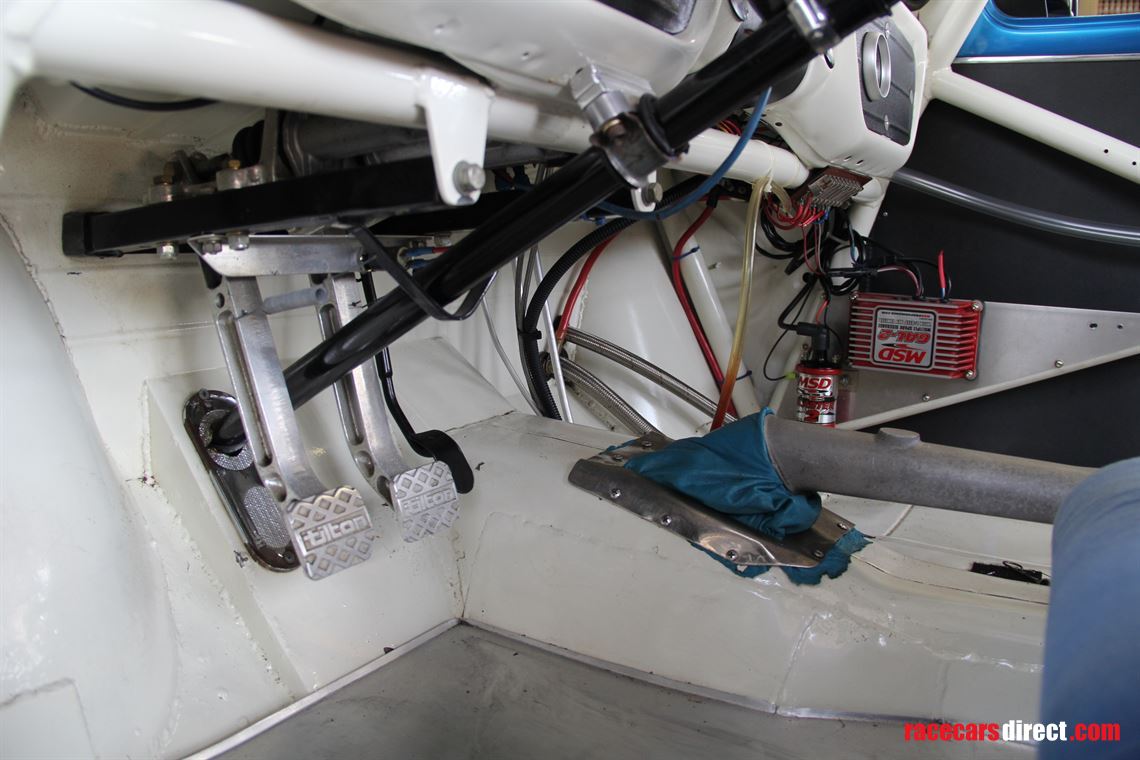 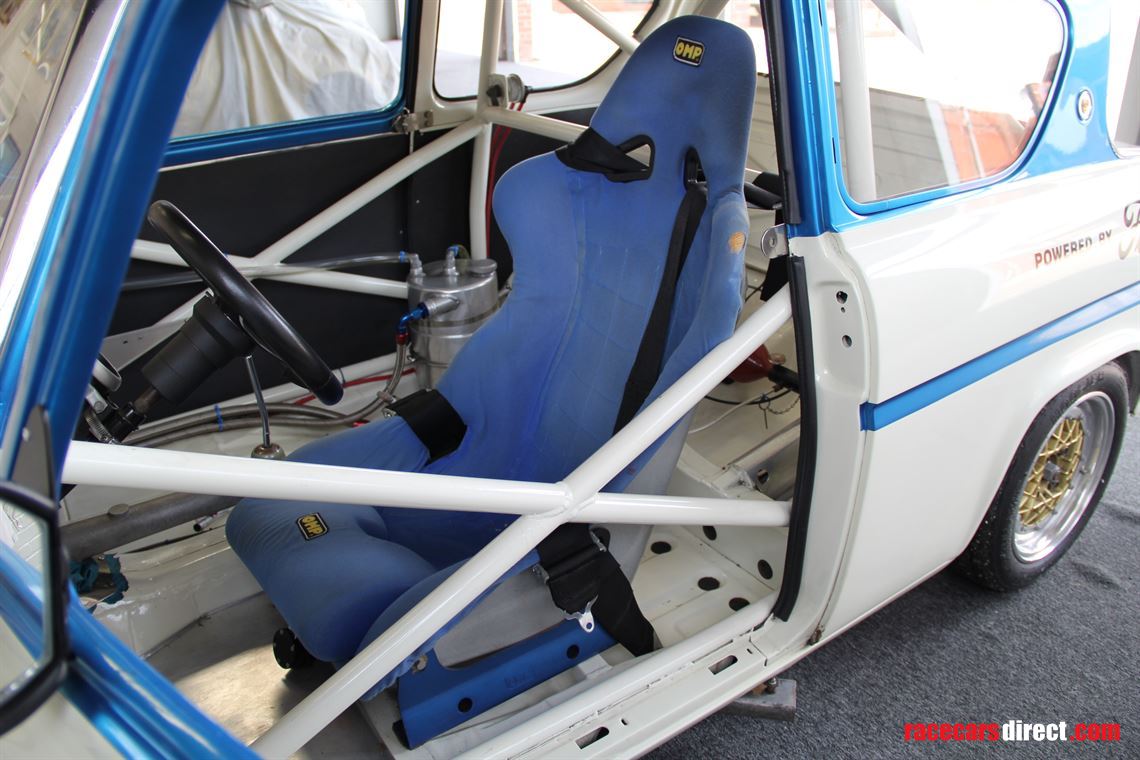 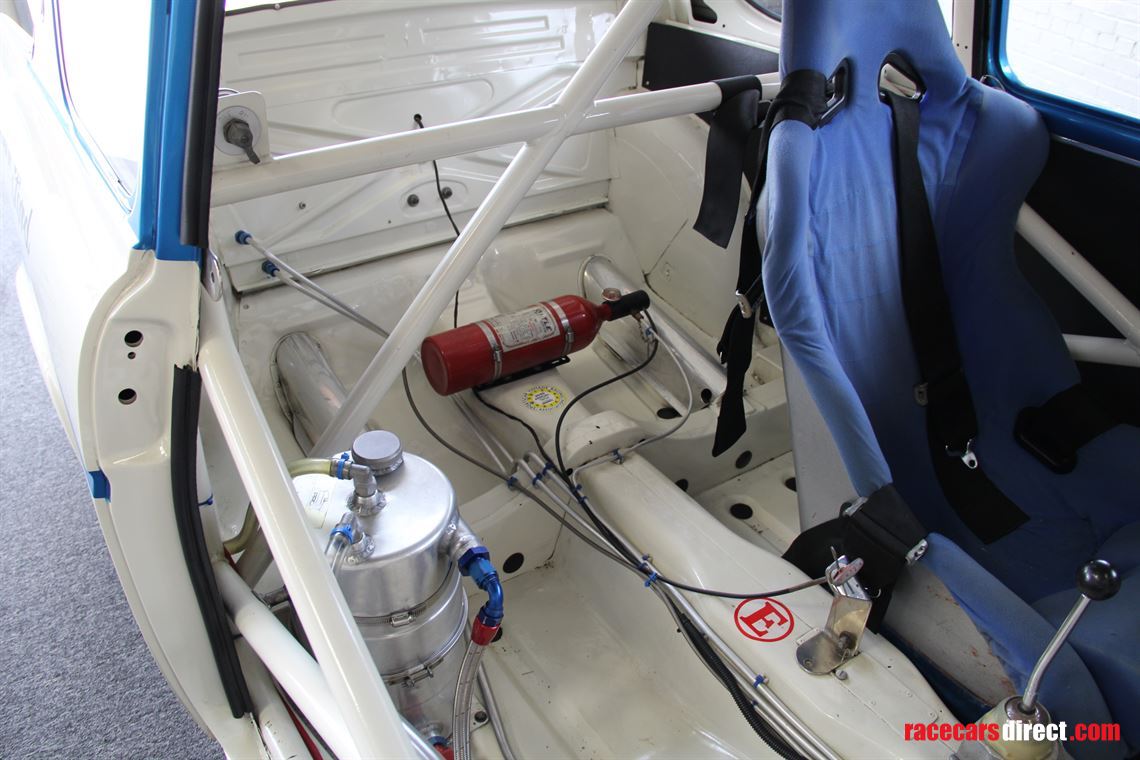 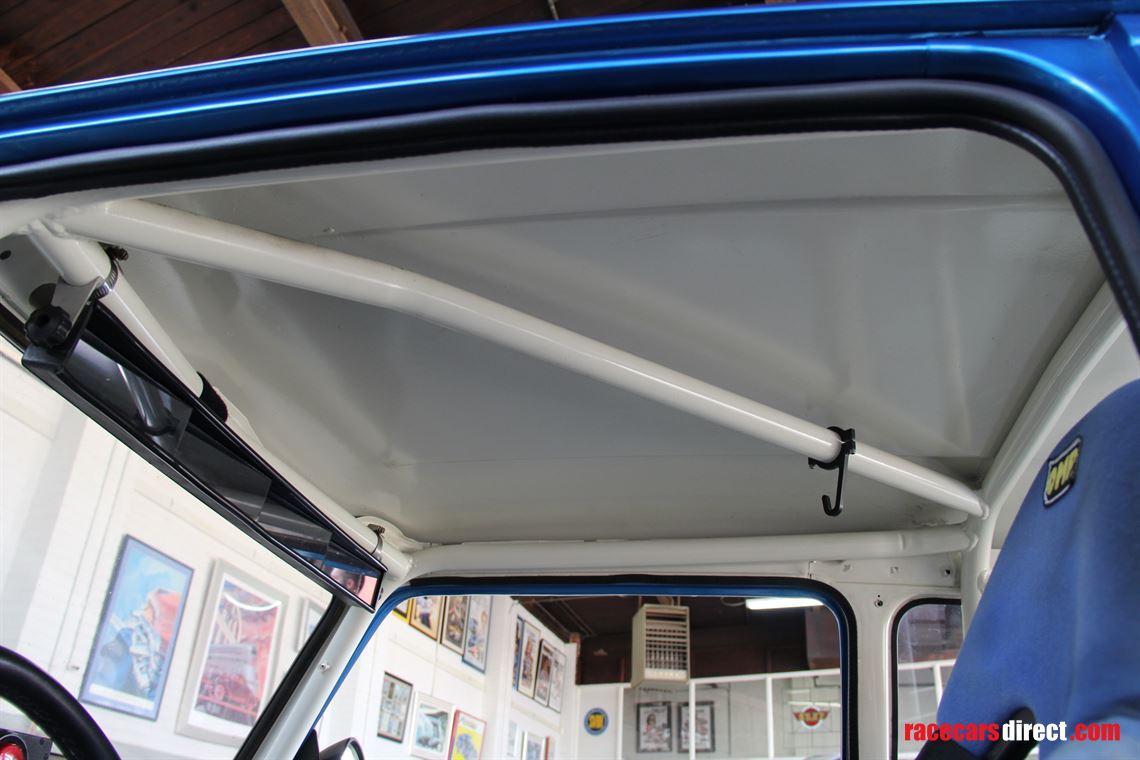 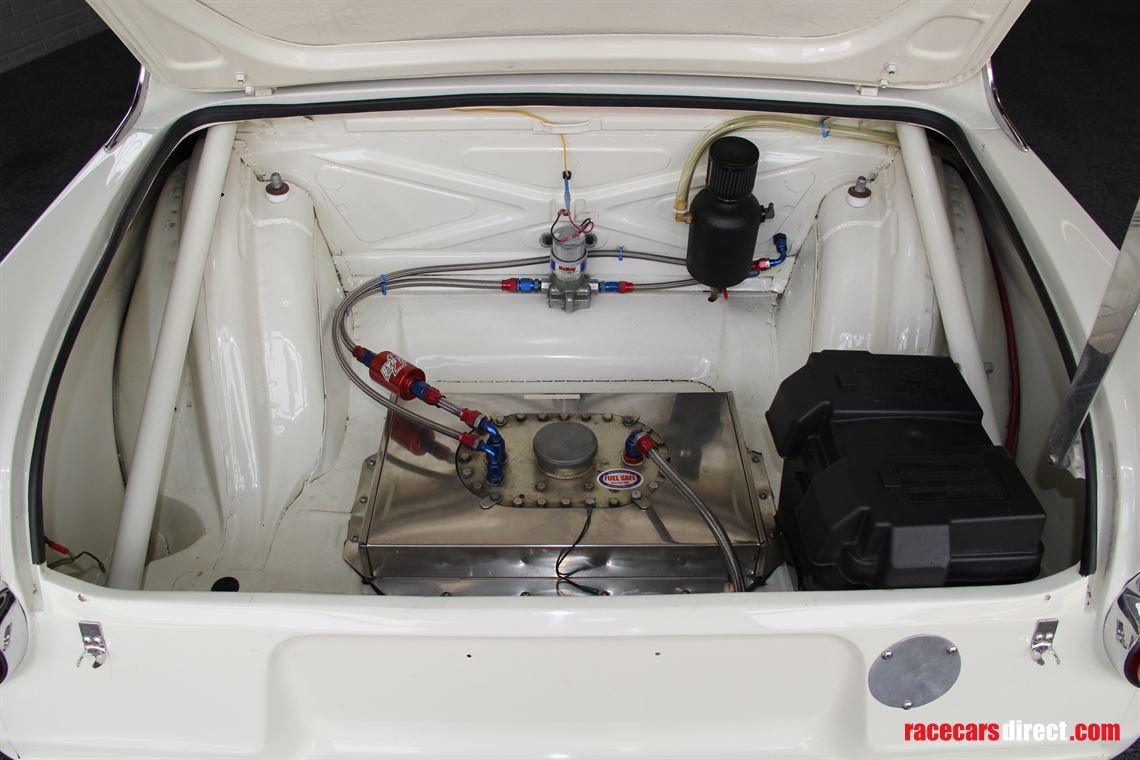 This 1966 English Ford Anglia Super is being sold on consignment. The Anglia has been part of a collection owned by a gentleman here in North Florida and he has raced the car since 1966.

The owner of the car has written a description of the car which we have included below. Contact Nolan with questions.

OWNER’S DESCRIPTION:
This American version Anglia (LHD) was built from a street Anglia Super in 1965-66 by the owner while living in Clearwater, Florida. Its first race was in SCCA C-Sedan at Palm Beach International Raceway in 1966. It was continuously improved during 1966 and placed in enough national events to be invited to the SCCA run-offs held at Riverside, California (The American Race of Champions).

In 1967 the owner raced in several national events and then the Sebring 4-Hour FIA Trans Am held on Friday, just prior to the 1967 12-Hour race. The Anglia qualified 4th in the 1000cc-1300cc class behind (way behind) the factory Hopkirk Mini Cooper and two factory Lancia Coupes. The car DNF’d with five minutes to go, while running fourth.

It ran in the SCCA Nationals and Regionals during the remainder of 1967, winning the Florida Region C-Sedan Championship and another invitation to the run offs. The owner moved to Jacksonville from Clearwater in early 1968 where after running one event at the Fernandina Beach Airport course, the car was retired. She was stored in various locations around Jacksonville until 1991, when after discovering vintage racing, the owner restored her to 1966 FIA Group 5 Trim. She raced in numerous events on the east coast and finally in 1993 finished 3rd in class in Sebring, in the Vintage Event held in conjunction with the 12-Hours event, 26 years after her first unfinished Sebring.

In mid-1995 the original car (1960-chassis #105E 39161) was totaled after a flip and then being hit by another car in a separate incident. The car was restored with the 1st replacement shell (1965-chassis #BB22EG781191) and returned to racing in August 1996, where the first event was Lime Rock Historic, 30 years after its first race. In the 2nd race in 1997, just after another Sebring, the left rear axle broke, causing a violent end over end multiple flip accident, again destroying the complete body shell. Restoration was begun again in mid 1997 and completed using the 2nd replacement shell (1966-chassis #BB22FJ97257) in December 1999.

This Anglia Super has raced over a span of 30+ years and although re-shelled, now 2 times, has basically the same equipment used in 1967, the same owner and driver. This Anglia won the Edelbrock SVRA Group I Championship, in 2002 and 2011, over 100 other Group I competitors. The Anglia was featured in the “100th Anniversary of Ford Racing” held in Greenfield Village, Detroit in October 2001.

The race car is located in Jacksonville, Florida. Sold on a bill of sale, no title, not for street use. All applicable tax/fees and $299 document fee apply. ALL INVENTORY IS STORED INDOORS, AND SHOWN BY APPOINTMENT ONLY.

Ready to race, all safety equipment is valid and there is a good spares package. 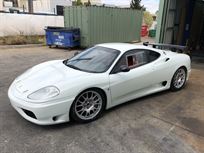 Built in White Kesler demo race car never raced. Bought to Australia with 1 owner who sold it to me.