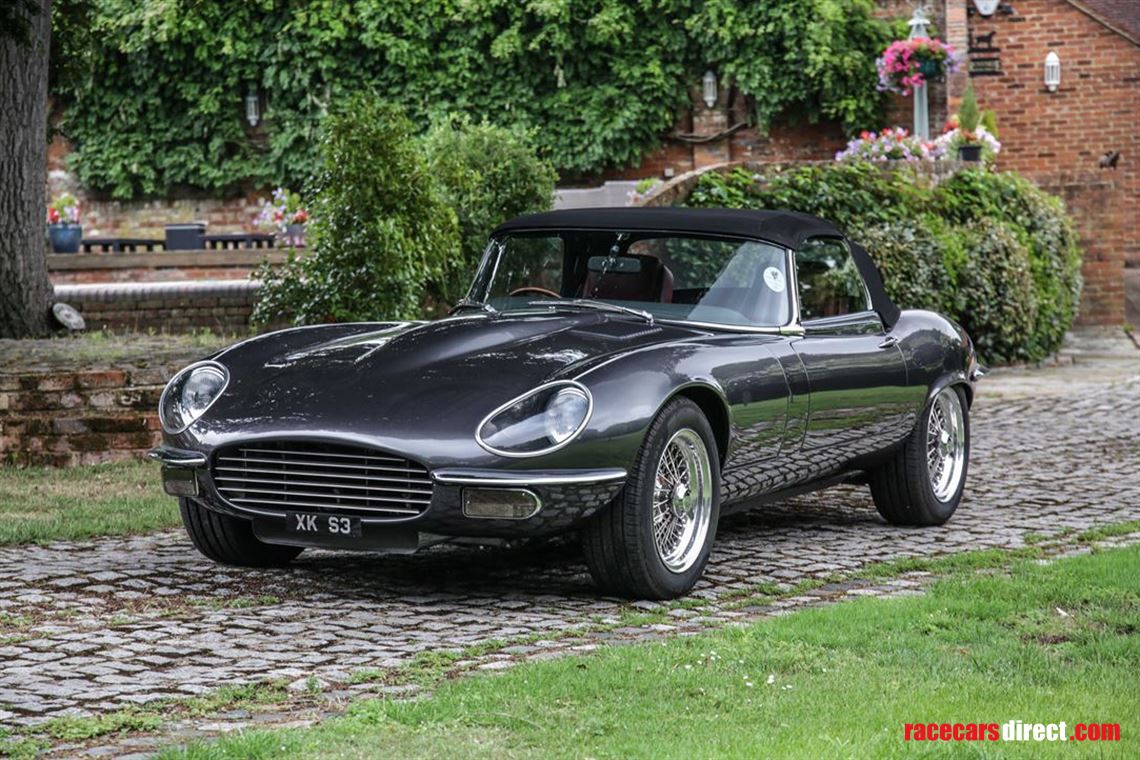 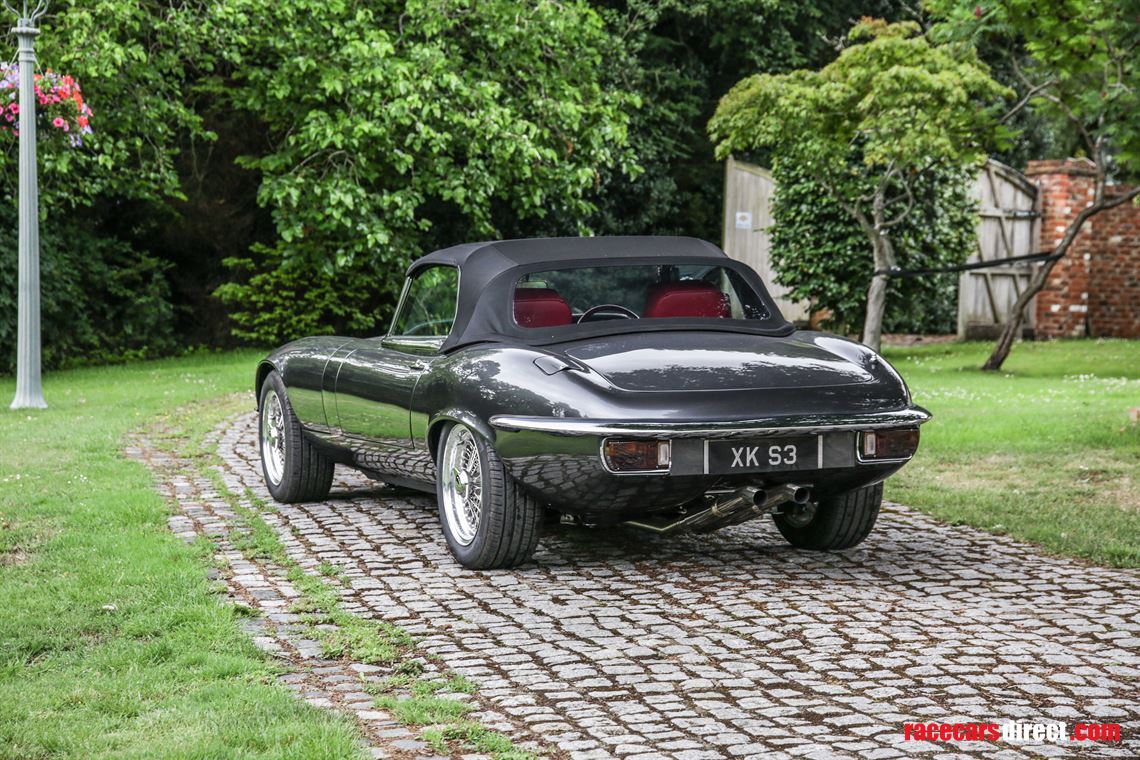 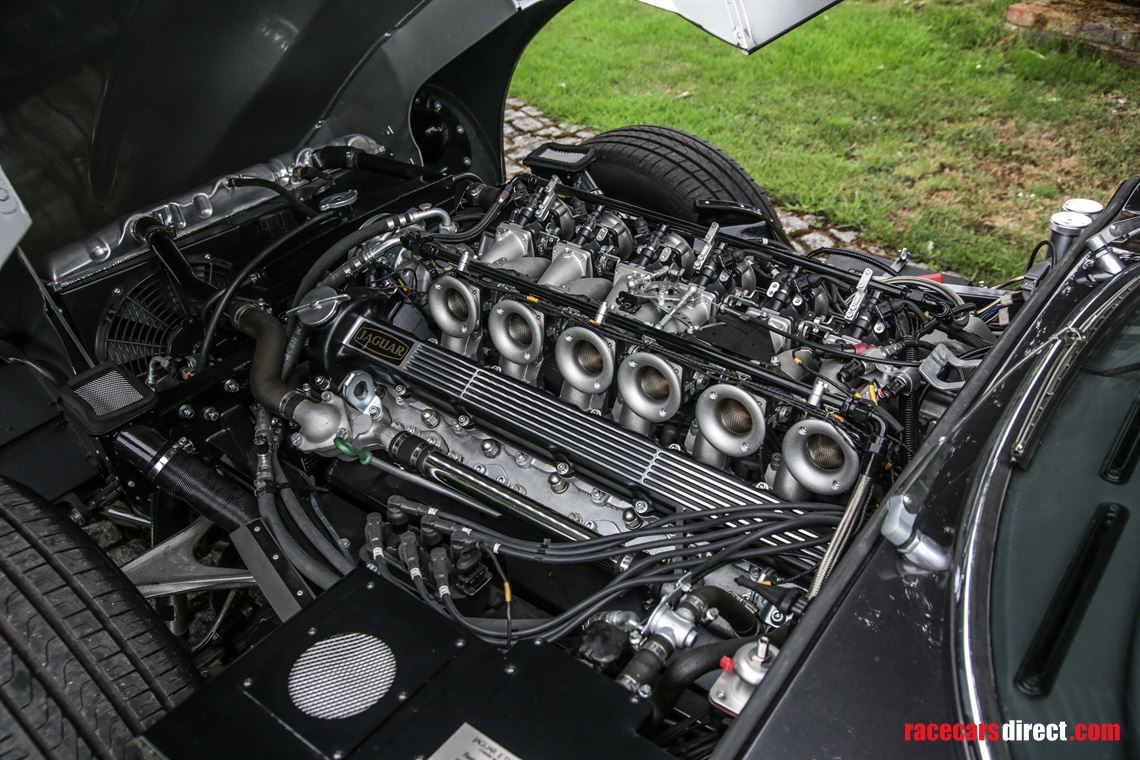 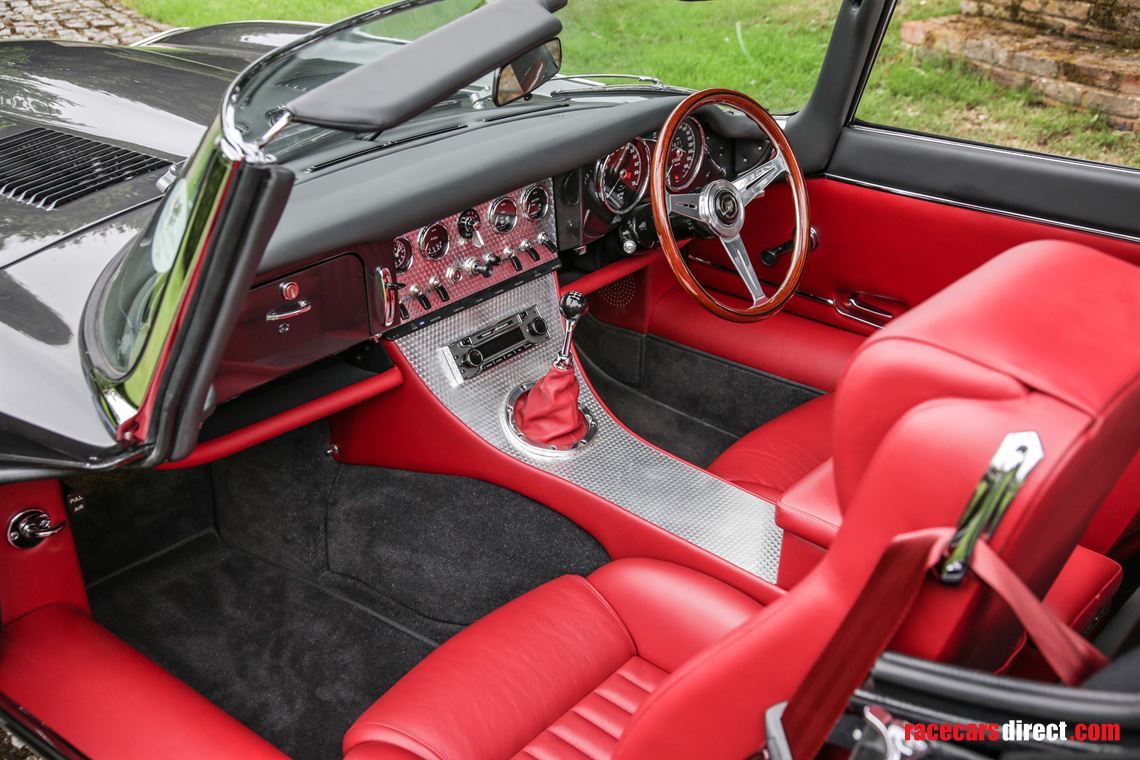 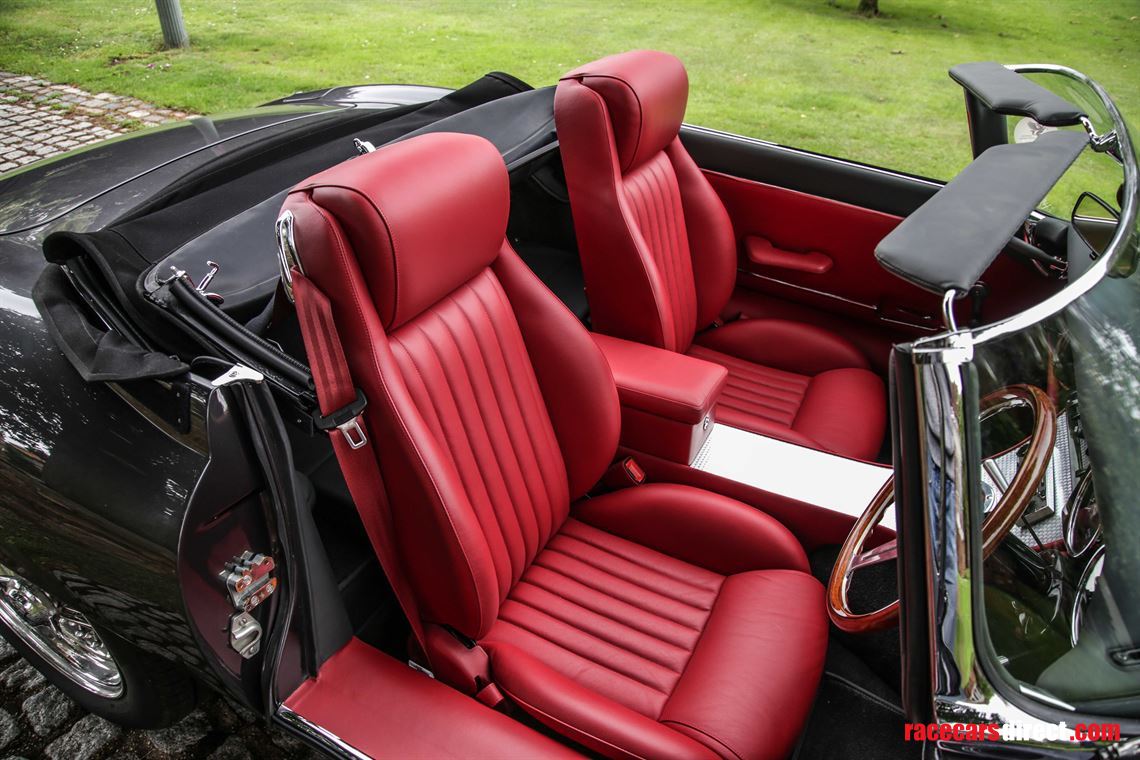 1974 Jaguar E-type Series 3 in McLaren Palladium Silver with red Connolly leather and Wilton carpets. Starting with a matching-numbers roadster, this stunning car has been extensively modified to "Fulfil one man’s dream of the ultimate E-type". Such is its enormous specification that it has to be seen and driven in order to be fully appreciated. Painstakingly created by the craftsmen at Southern Classics, it features reworked front and rear bumpers, a restyled front grille and flared wheelarches that cover 16 x 7.5in wheels. The V12 powerplant has been rebuilt and extended to six litres – running on Jenvey throttle bodies and now producing 450bhp. A five-speed T5 Tremec gearbox has been fitted and the braking, suspension and steering systems have all been upgraded. Subtle interior touches abound, such as Satellite navigation air-conditioning, LED courtesy lights and a beautiful turned-aluminium centre console. The build quality and standard of finish are exquisite throughout and the car drives superbly, rivalling anything built by other well known E type specialists. There’s immense torque from the V12 Engine, the power steering is perfectly weighted, and the suspension upgrades transform the ride and handling. This is a unique opportunity to acquire a bespoke Jaguar E-type, presented in as-new condition having covered less than 400 since the build. POA