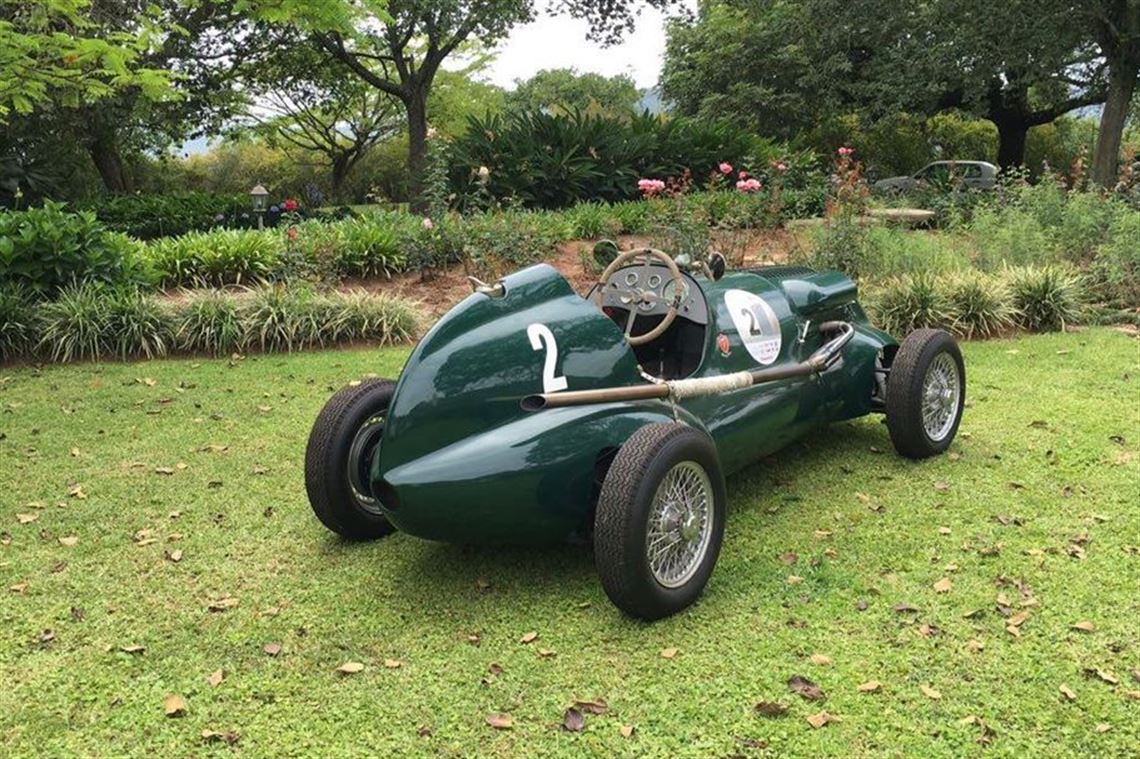 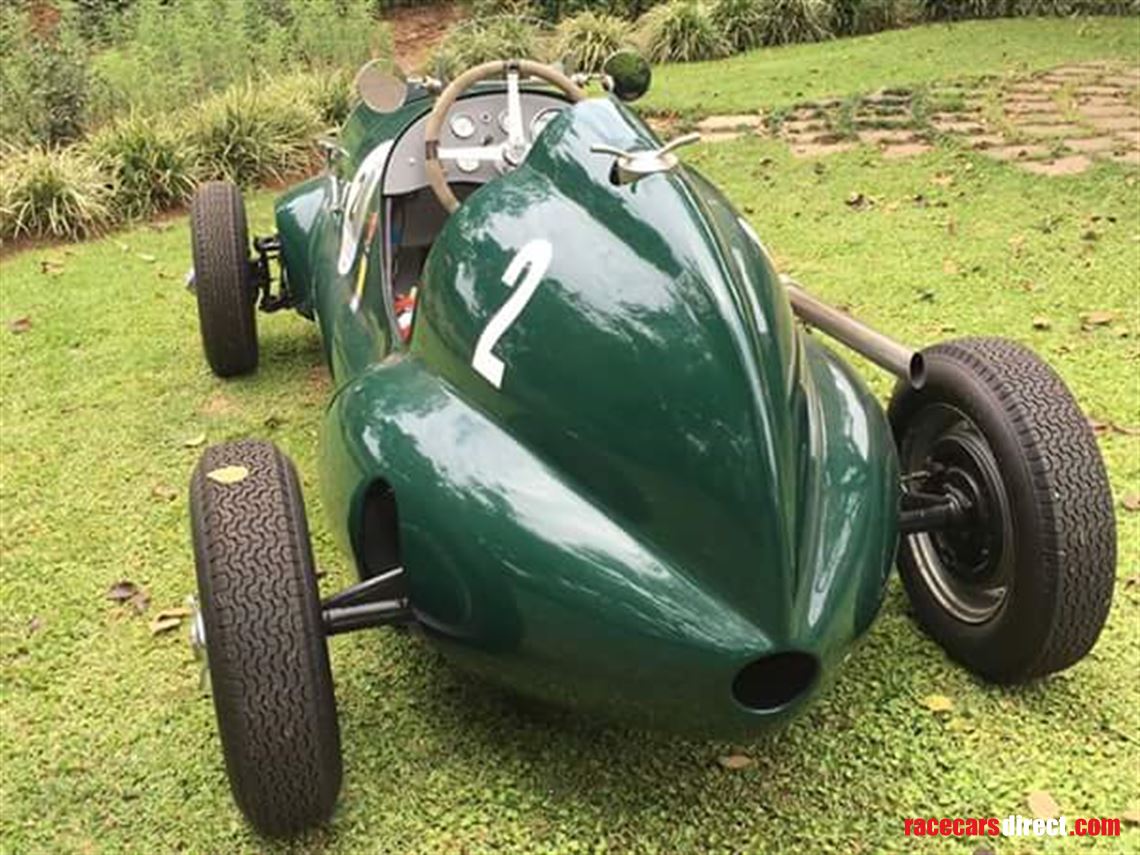 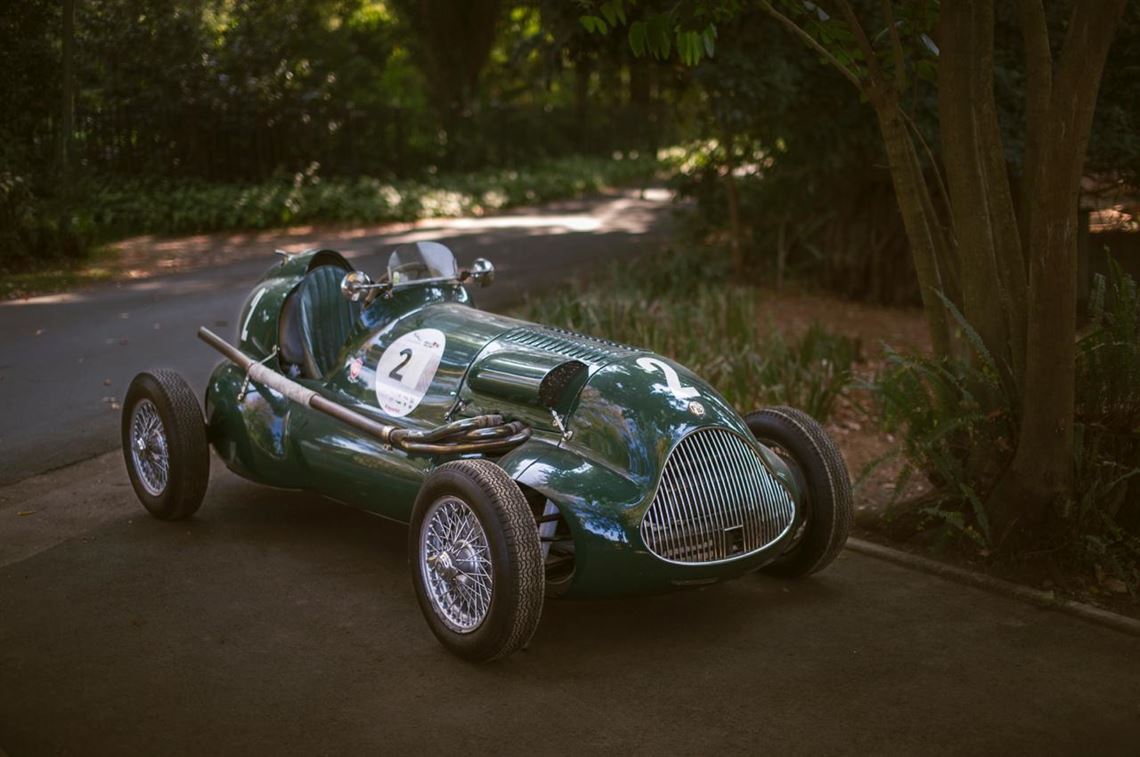 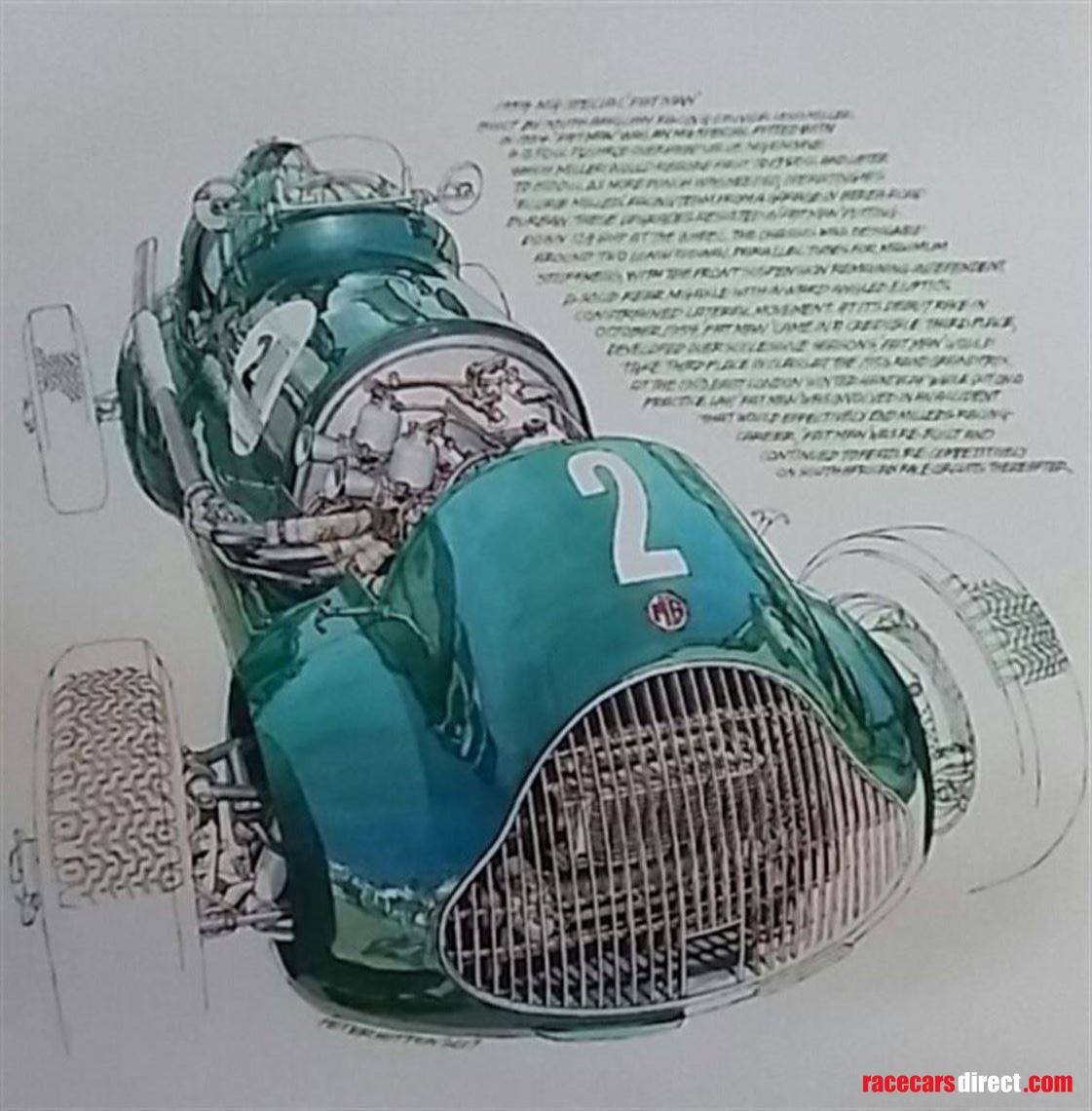 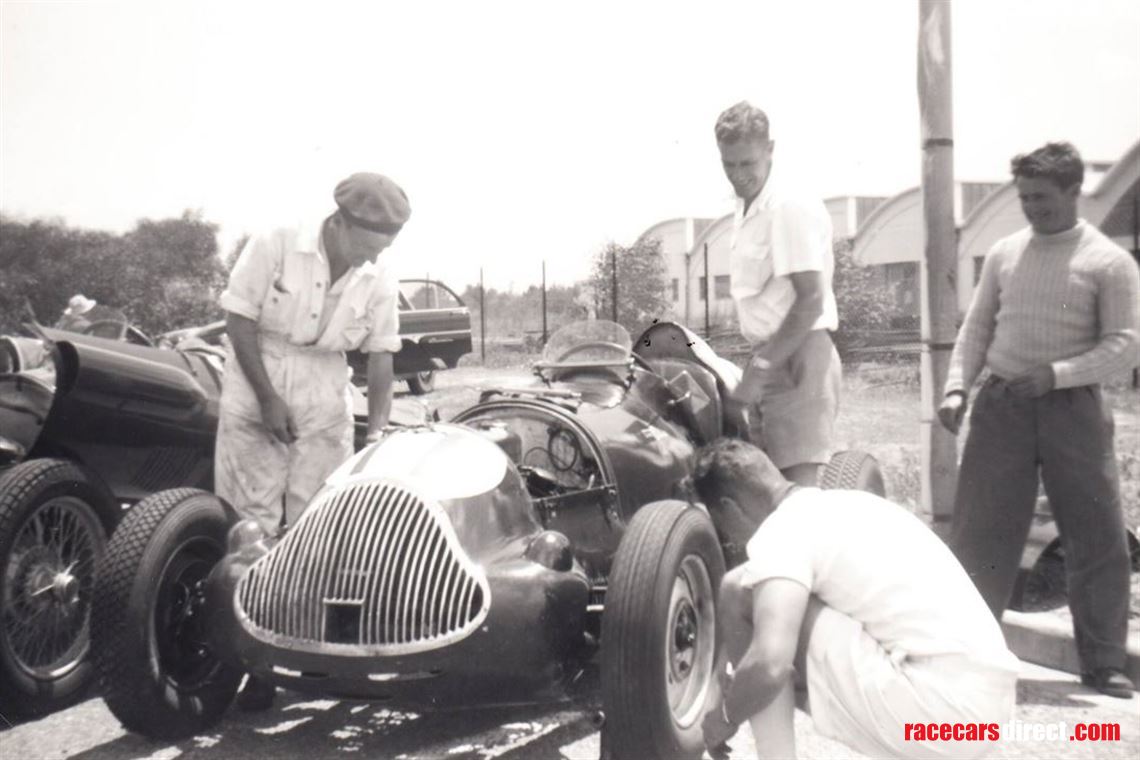 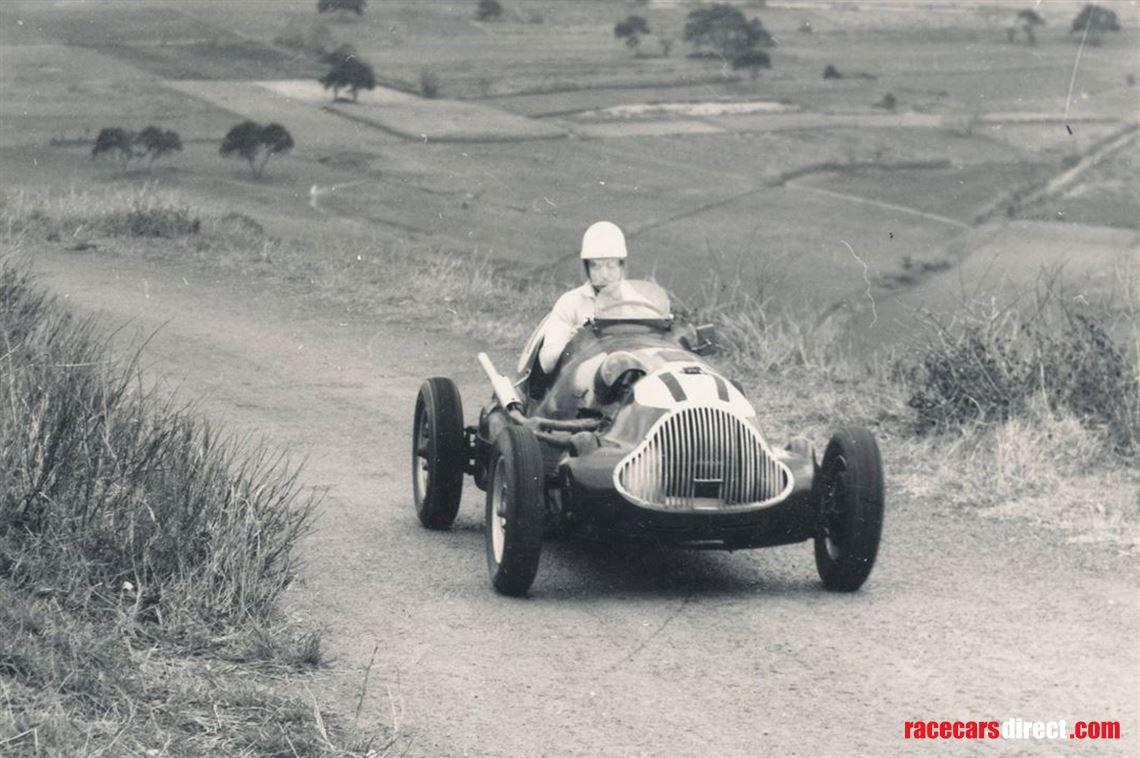 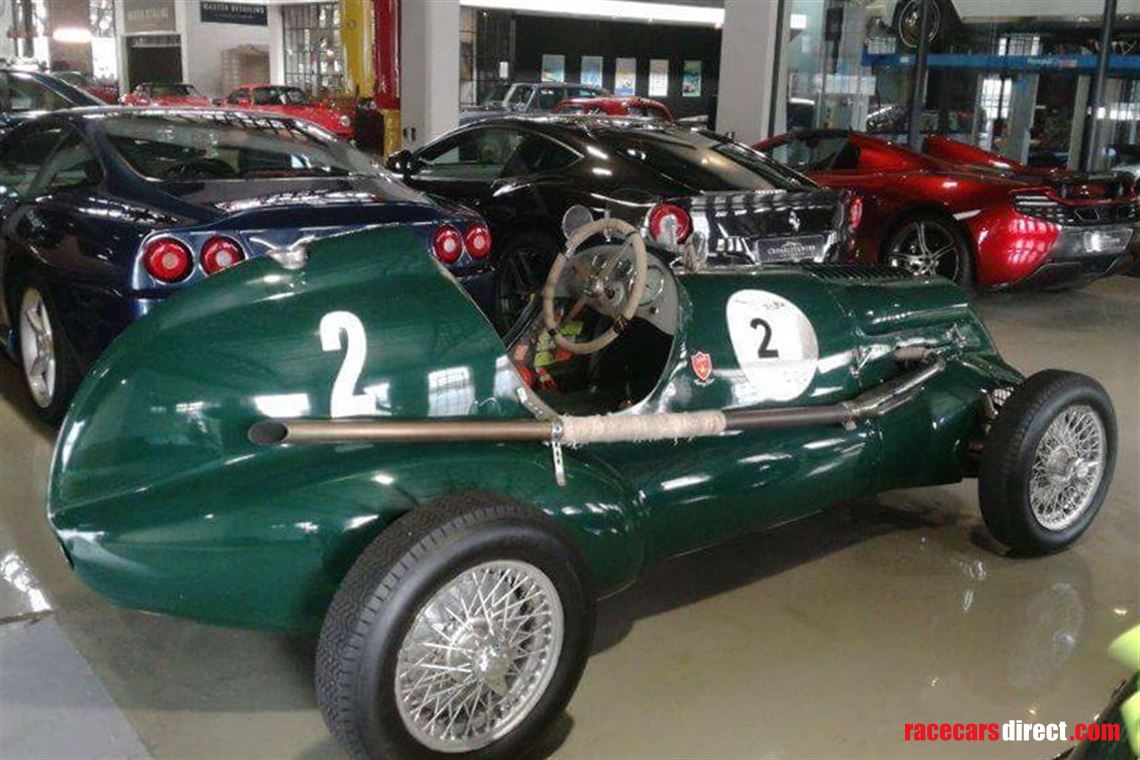 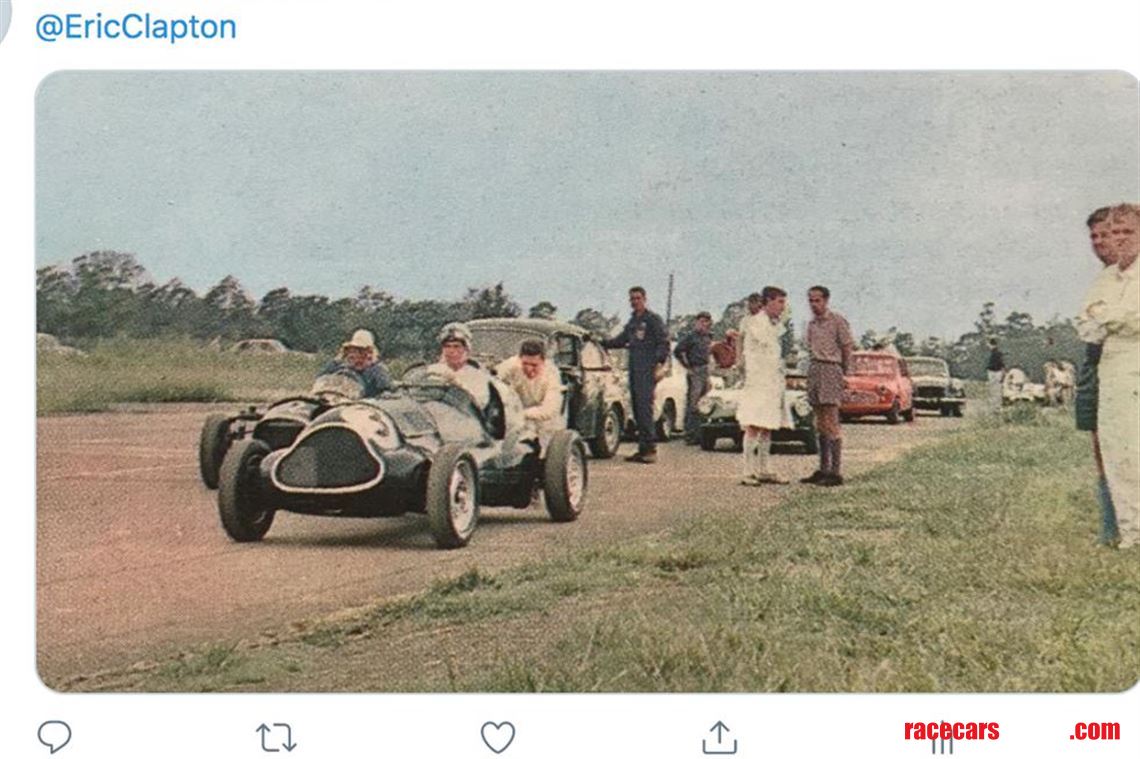 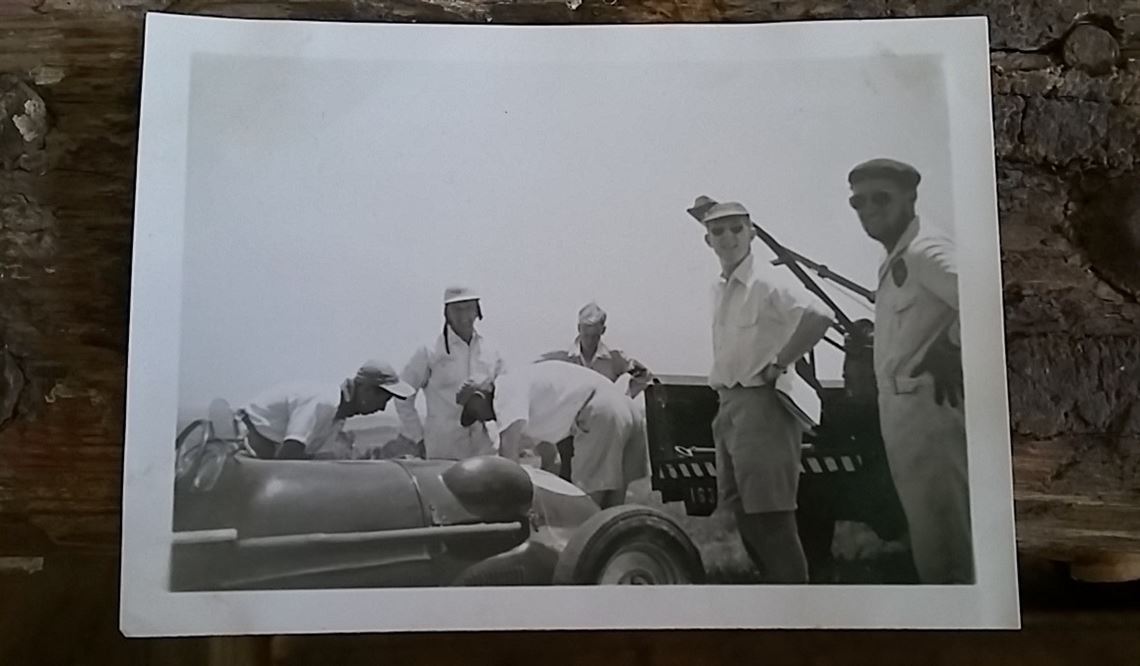 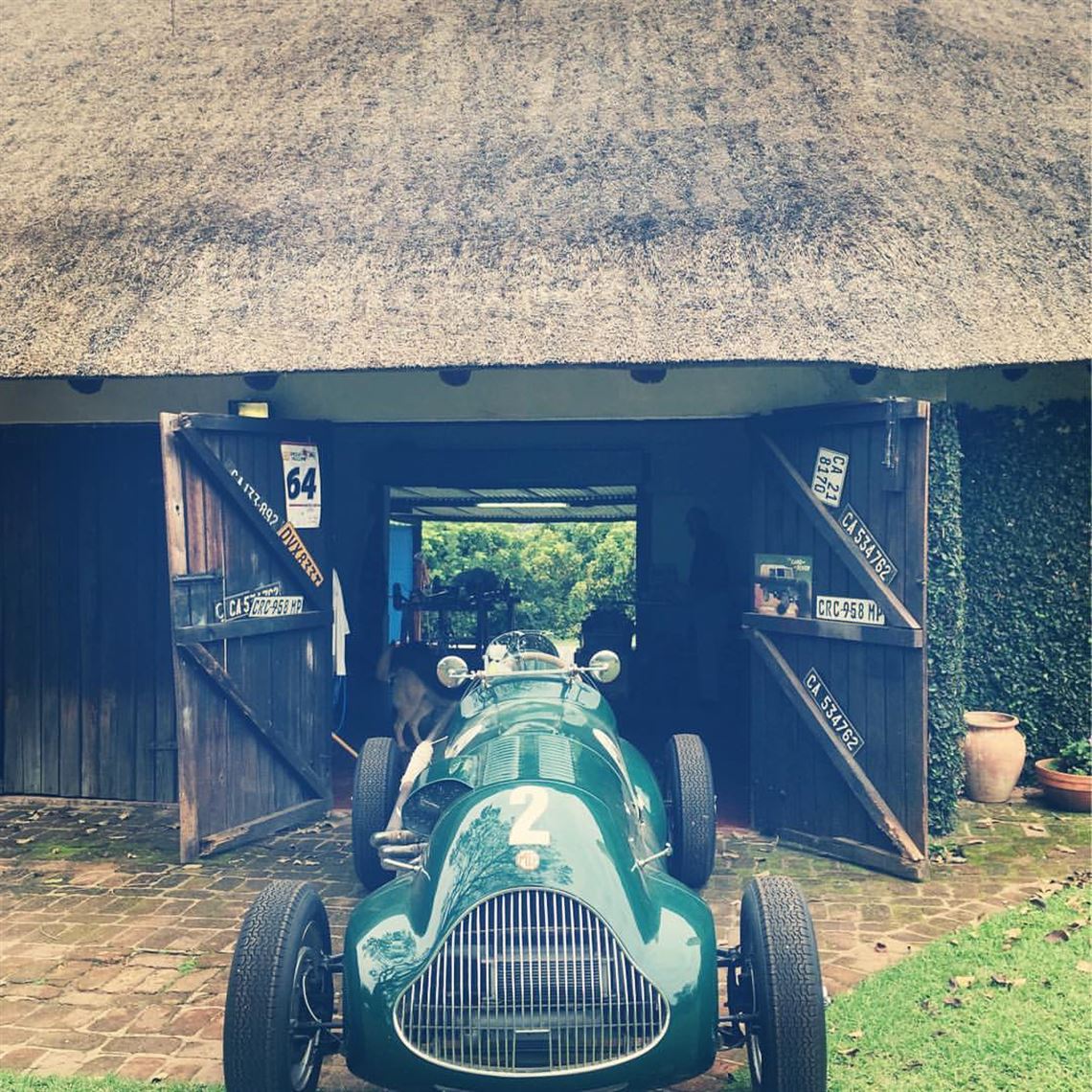 On offer, the car hand-built by infamous South African privateer Les Miller, a 1954 MG Special that would become known throughout the then Union of South Africa.

Les returned from WW2 (having raced against the notorius German Auto Union team prior to this in 1936), with the single-minded goal of building the best racing car that he could. Taking the seat from a Bentley, the seatbelt from the Flying Boat he piloted during the war and just about any other part he could lay his hands on, he crafted 'Fat Man'.

'Fat Man' would first sound in fury at the then Roy Hesketh race track in Pietermaritzburg, Kwa-Zulu Natal, South Africa in October 1954. Miller would go on to race 'Fat Man' throughout the country, spending the next season refining the vehicle before entering it into the 1956 South African Rand Grand Prix where he would finish 3rd in the 1500cc class.

Miller contined to run his 'Ecurie Miller' race team from their garages at the bottom of Berea Road in Durban, but slowly pulled away from the sport before an old friend convinced him to enter Fat Man into the '59 East London Winter Handicap. While out on a practice run (and using inferior radial tyres as he was self-funded at this point), Miller experienced a blow out that resulted in 'Fat Man' flipping head over tail, putting Miller in hospital for 6 months and effectively ending his racing career. 'Fat Man' was painstakingly rebuilt and contined to feature on South African circuits for many years after at the hands of numerous skilled drivers.

The parting word on 'Fat Man' is one that I was told when I bought it. The story goes that Miller was good friends with one Max Scheckter who owned the Excelsior Garage in East London. Whenever racing in East London Miller would stay with Scheckter and his two young boys would excitedly clamber all over 'Fat Man' as they helped Miller prepare on race day. Those two young boys were future World F1 Champion Jody Scheckter and his almost equally famous brother Ian.

We spent months compiling as much of Fat Mans racing history as we could. Fat Man is sold along with a number of original race programmes featuring the car as well as a 1m x 1m canvas of Fat Man illustrated and handsigned by UK rare motor sport artist Peter Hutton.

The car is like NEW! You must see it.