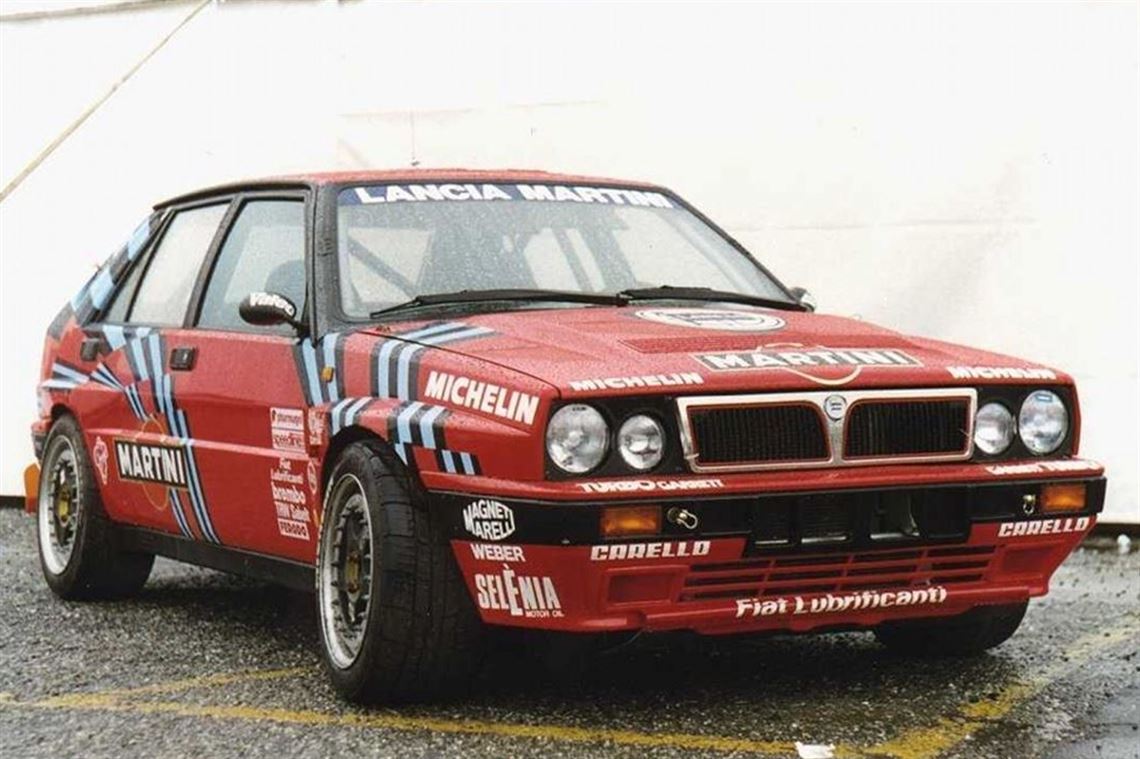 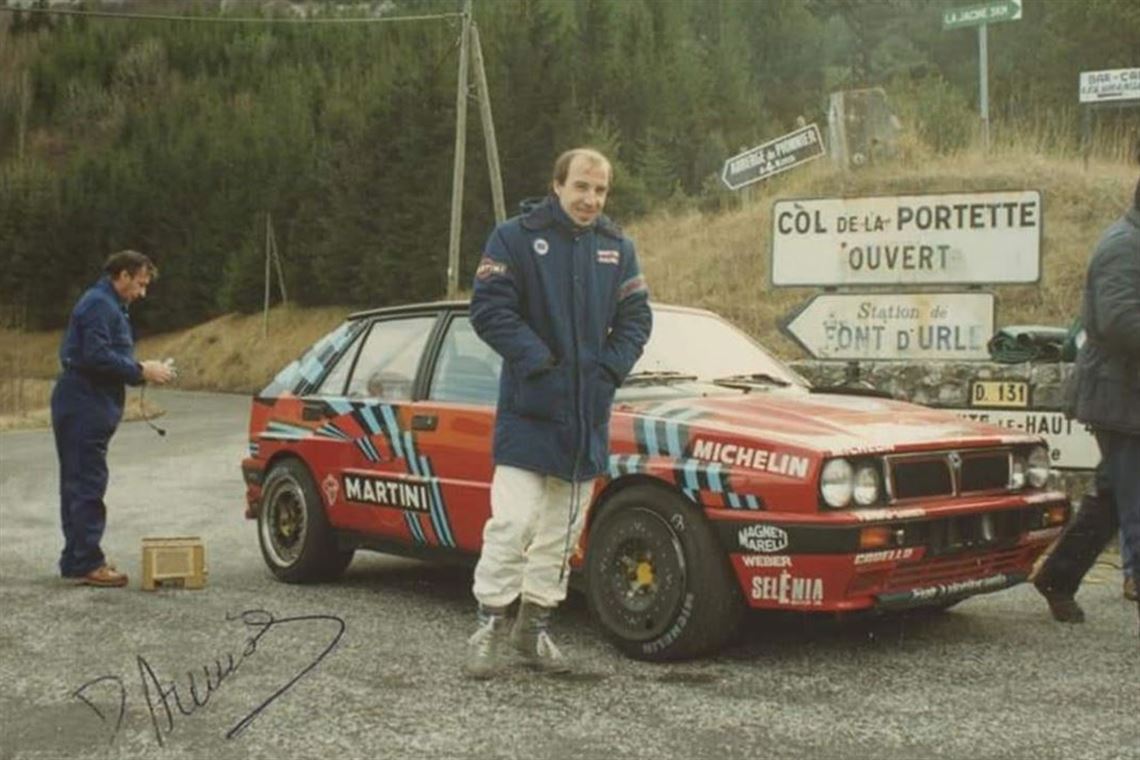 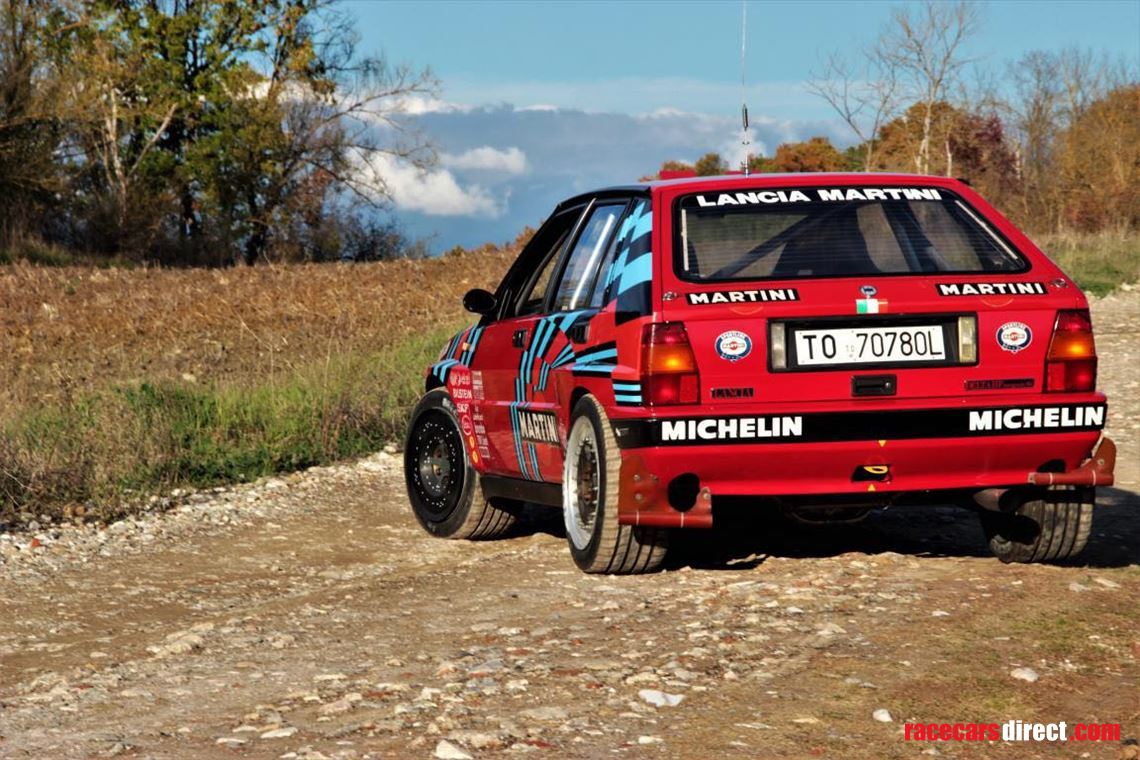 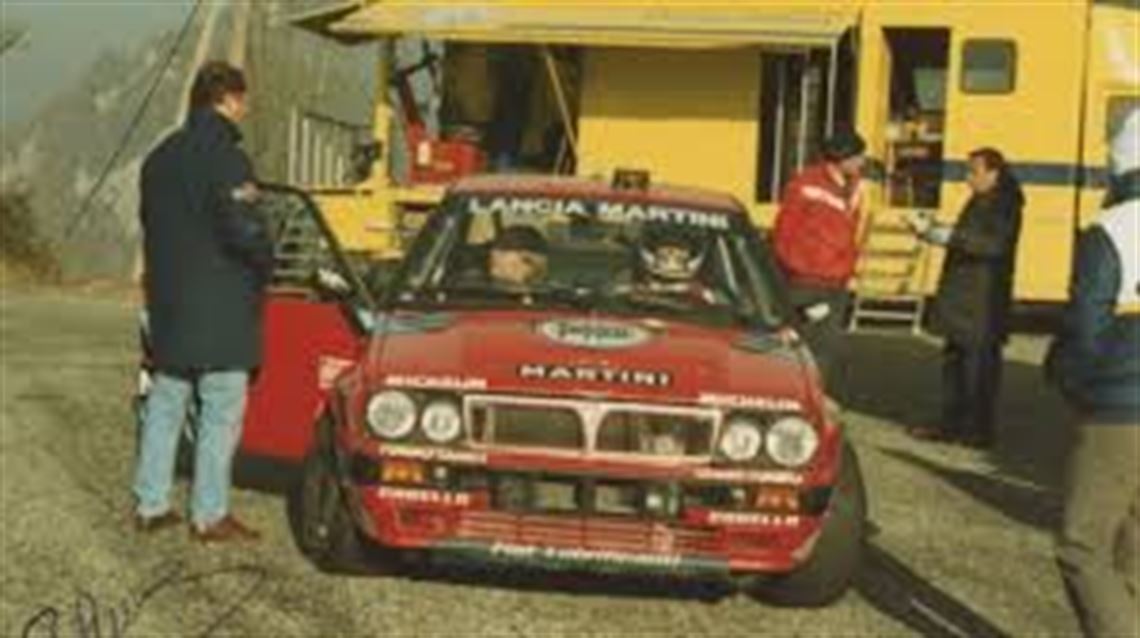 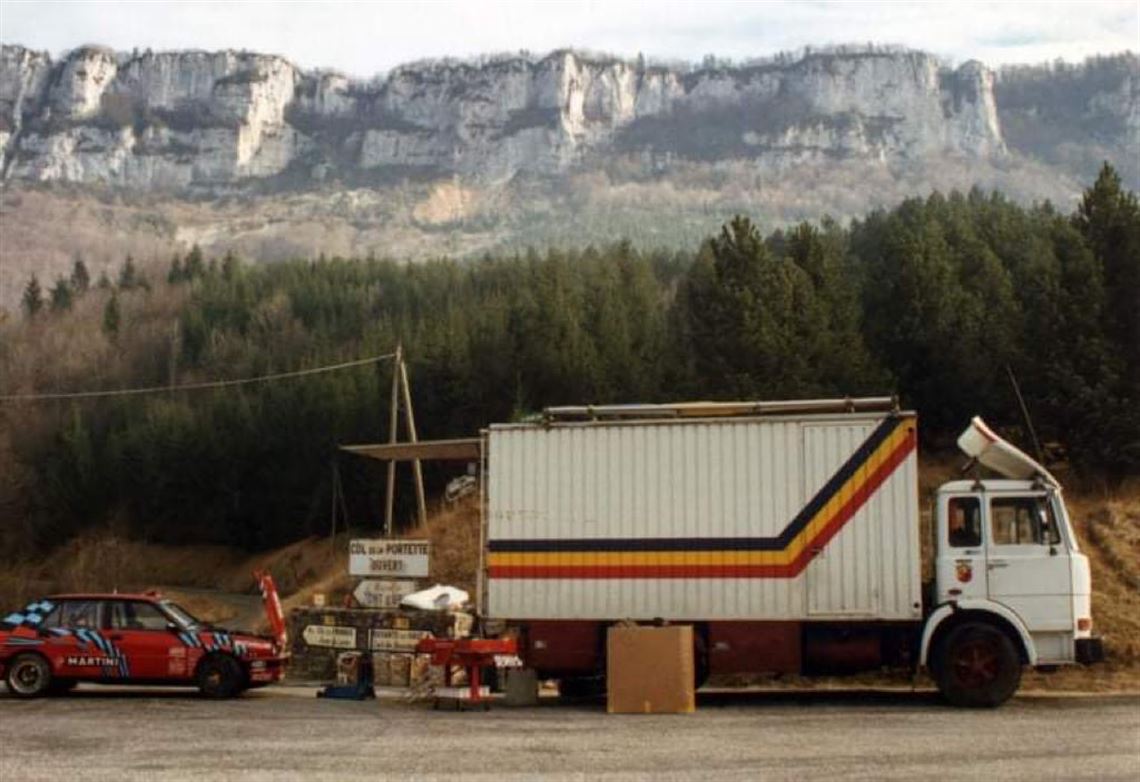 The car was first registered on 02.01.1989 by Abarth as a light chassis (asphalt) for the Monte Carlo rally. The car was at that time in 8V Martini Racing configuration raced with number 6 for the Monte-Carlo race with Aurio/Occelli. The car crossed the finish line in 2nd position at 6.27 seconds of Miki Biasion.
After the race, the car went directly to Reparto Esperienza where it became the very first car modified to receive the 16V engine, last evolution of the progetto SE044. The new technical requirements and the high level of competition implied that the engineers developed a new power unit able to provide an output in excess of 350 horse power.
As a matter of fact, the birth of SE045 (16V project), the new Red Martini design was chosen.
All 7 cars that were used by Reparto Esperienze had that red Martini livery. This one is the only one left with its original livery.
TO70780L for Asphalt testing and TO74784L for gravel, were used in Mandria by Marku Alen, Miki Biasion and Dario Cerrato for all technical tests.
TO70780L remained in Reparto Esperienze during the next consecutive years to participate in various testing including the development of the Deltona SE050 on which were installed the following new components :

The car condition is just exceptional. The red coloration including the stickers are there and original. The car was never re-painted nor touched since August 1989. The paintwork was certified in 2019 by the very well known company who painted all main Abarth cars, Publimais in Torino.
In July 2017, the car received a full overhauled and conservative restoration by the best Abarth experts in Italy. The car is on the button ready to go.
The car has all original and matching components with no modifications at all.
It still has its original TO plates valid, NO VAT TO BE PAID FOR EUROPE

IF YOU ARE LOOKING FOR ORIGINALITY, TRUE ANG GENUINE HISTORY, THIS CAR IS A UNIQUE CHANCE TO GET ACCESS TO A MASTER PIECE IN LANCIA S RACING HISTORY