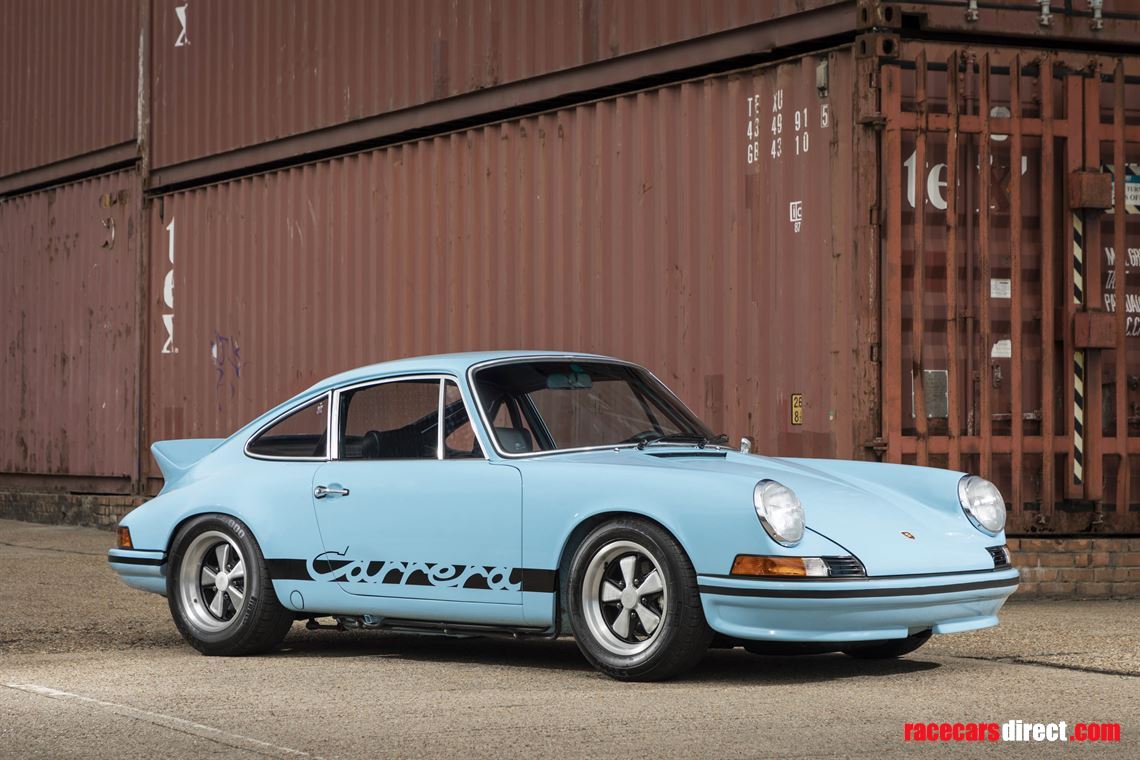 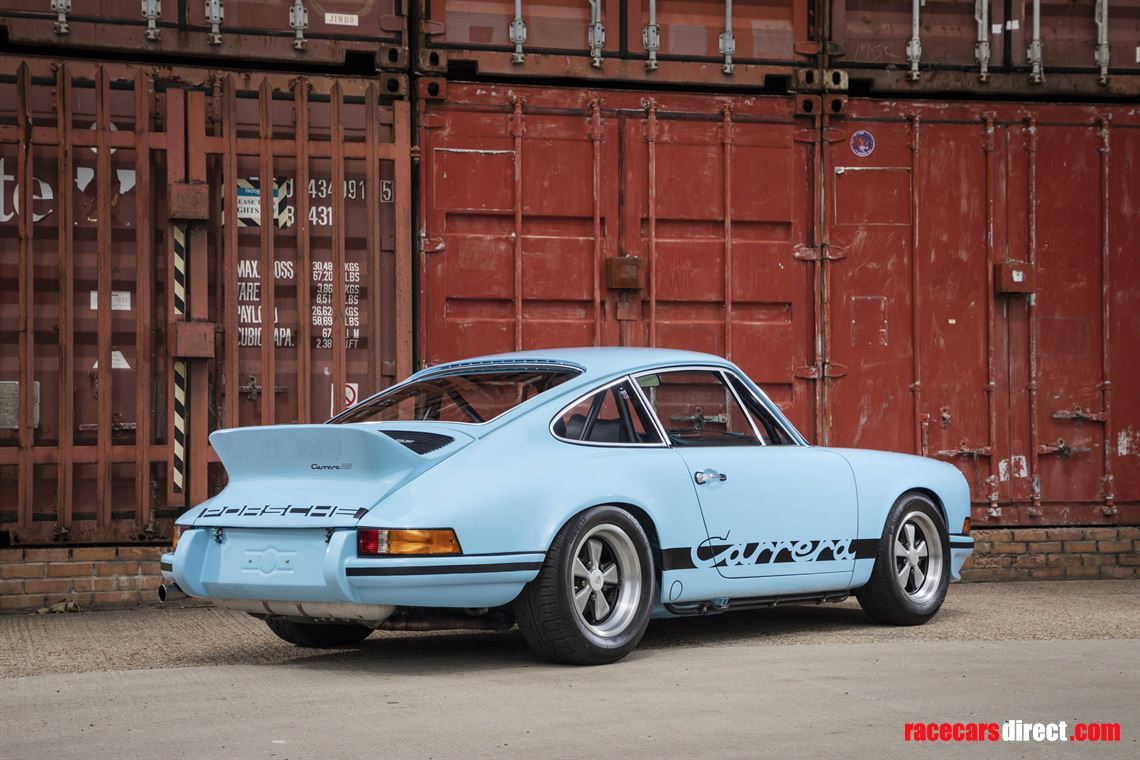 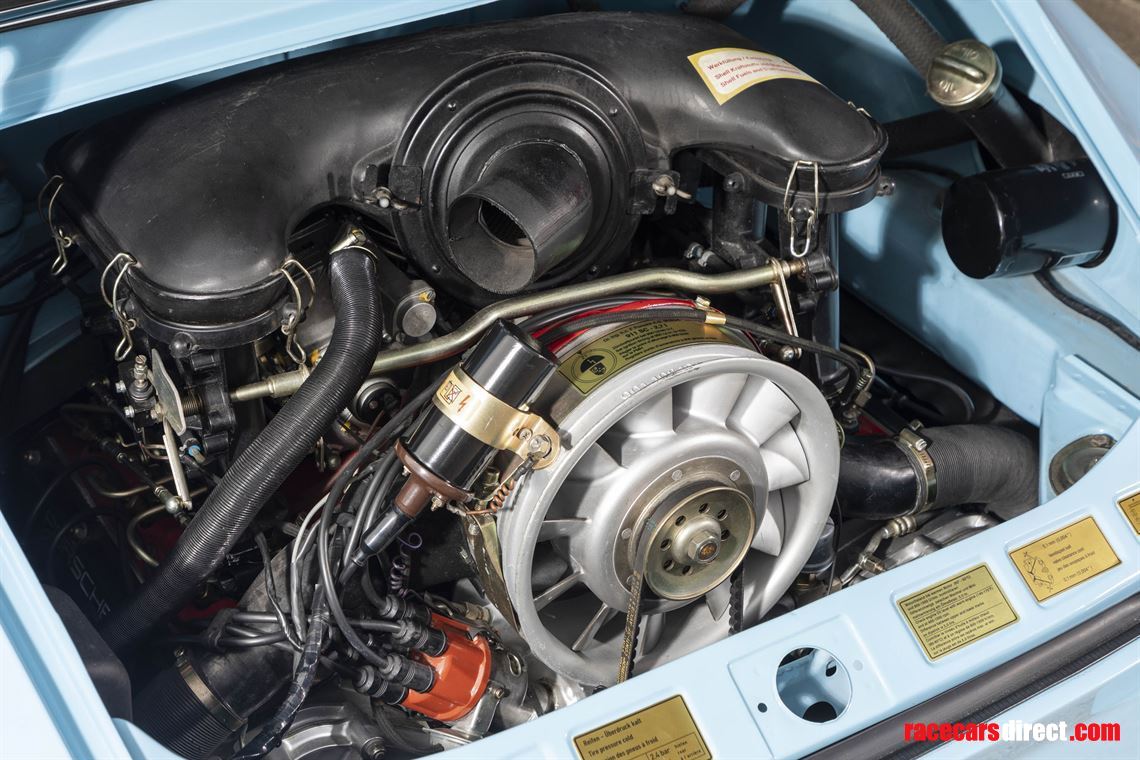 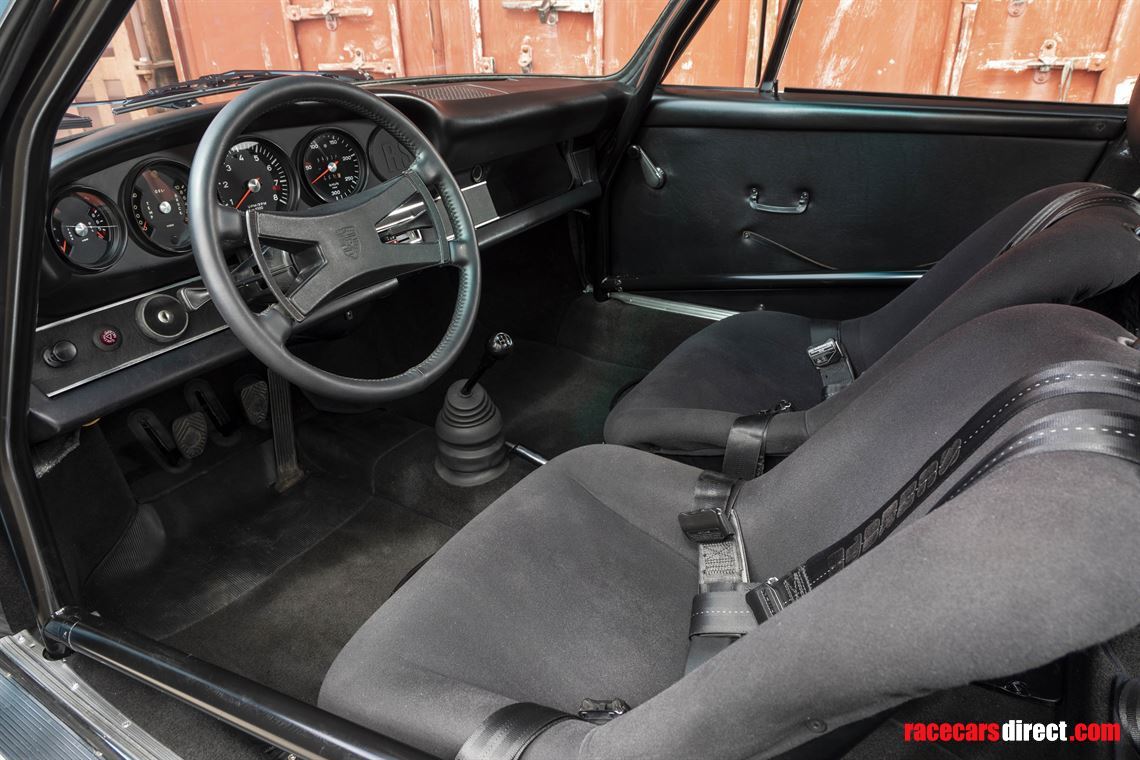 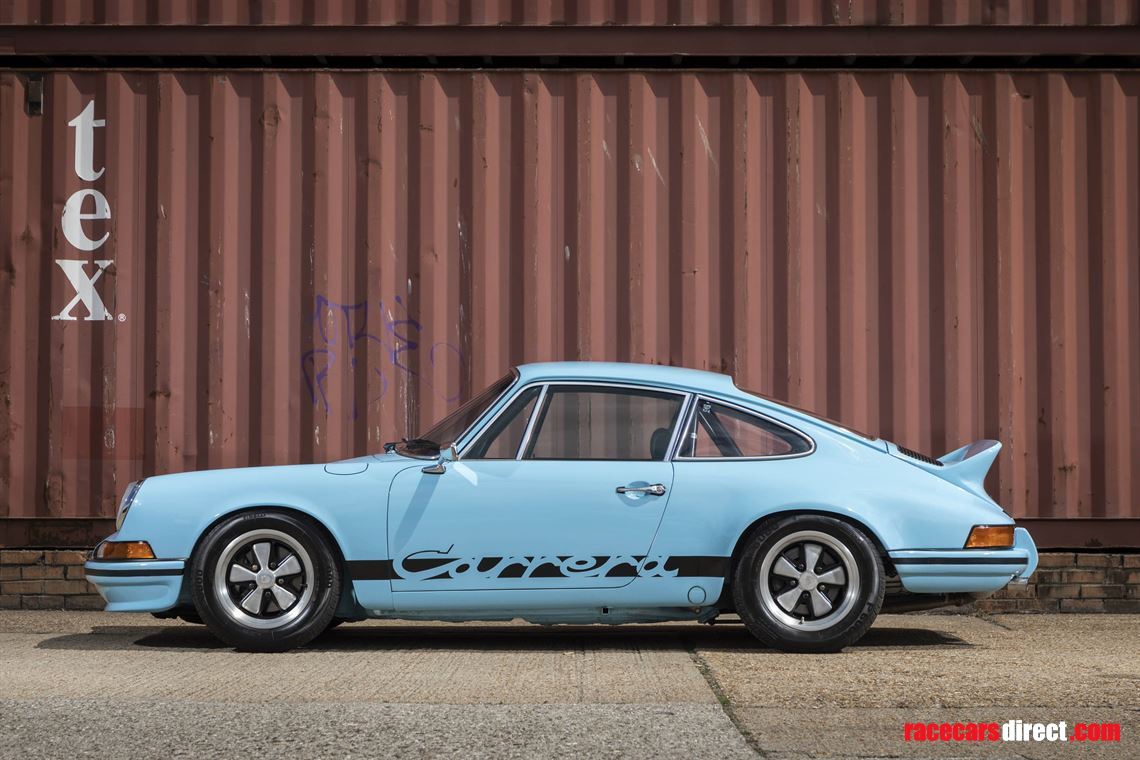 The 1973 RS was the Homologation-Series 911 Porsche had to build in order to qualify its pure racing 2.8-litre 911 RSR for Group 5 competition. The FIA mandated that at least 500 examples of the RS were required, so Porsche set to work. Two versions were offered, both based on the 1973 911S 2.4 coupe, a touring version M472, which retained much of the interior trim and features of the standard car and a Lightweight/Sport option M471 was the racing-oriented basis for the RSR.

The comprehensive history file for 0810 contains original factory invoices from 1976, an important year for Schewe and his RSL. Schewe would win the German Rally Championship outright in 1976 with a number of Porsche 911 Carreras at his disposal & would go on to own chassis 0810 for 40 years until 2013.

Chassis 0810 was entered and competed in Wales at the 24th Lombard RAC Rally in November 1976 with co-driver Franz-Josef Moormann, car #44. On file are the original invoices for RAC Rally preparation carried out at the factory in Stuttgart just prior to the event. This includes the invoices for a factory replacement type 915 gearbox and clutch. Schewe would not complete the Rally after crashing out. Our expert investigations into the originality of the car with a well-known and respected UK based Porsche specialist confirms this major event in 0810s competition past prior to it being completely restored by Schewe with a correct for a 1973 RS type 911/83 but non-matching engine.

As a direct result of this period international competition history in the hands of a championship winning owner/driver, the car would undoubtably have needed various repairs after each campaign to meet the gruelling schedule for each season. The value and asking price for 0810 today is considerably lower than one may expect. We are aware of this part of 0810s history and to this end is now priced accordingly for an RS Lightweight in the condition it is presented in today.

Previously registered and correctly documented by the German authorities including a TUV certificate, now currently registered in the UK as 9113600810 and is offered complete with FIA HTP ‘Appendix K’ papers Period: H1 – 1972 to 1975 for racing, rally and hill climb valid until December 2029.

Therefore, chassis 0810 with its important period competition history, complete with its original documentation has the potential to be campaigned at major historic events such as Mont Ventoux, Modena Cento Ore and Tour Auto etc and would be a welcome entrant at concours events Worldwide.

1986 Porsche 3.2 Carrera finished in Grand Prix White that has been modified