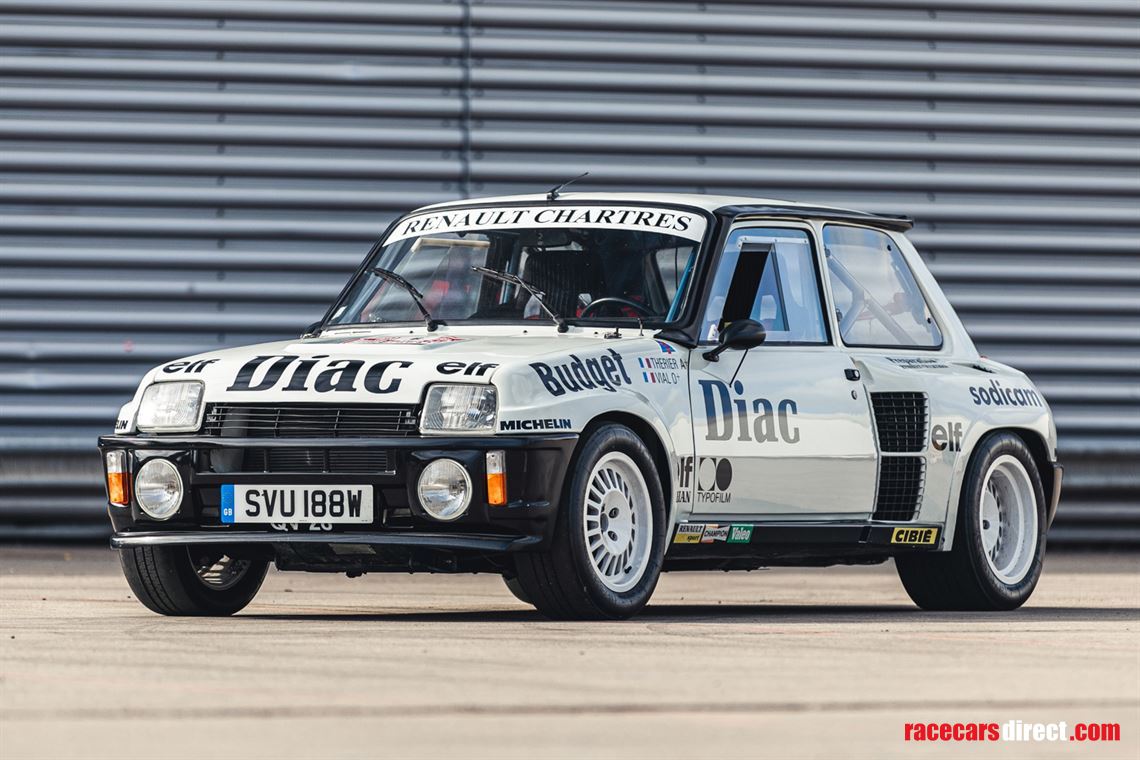 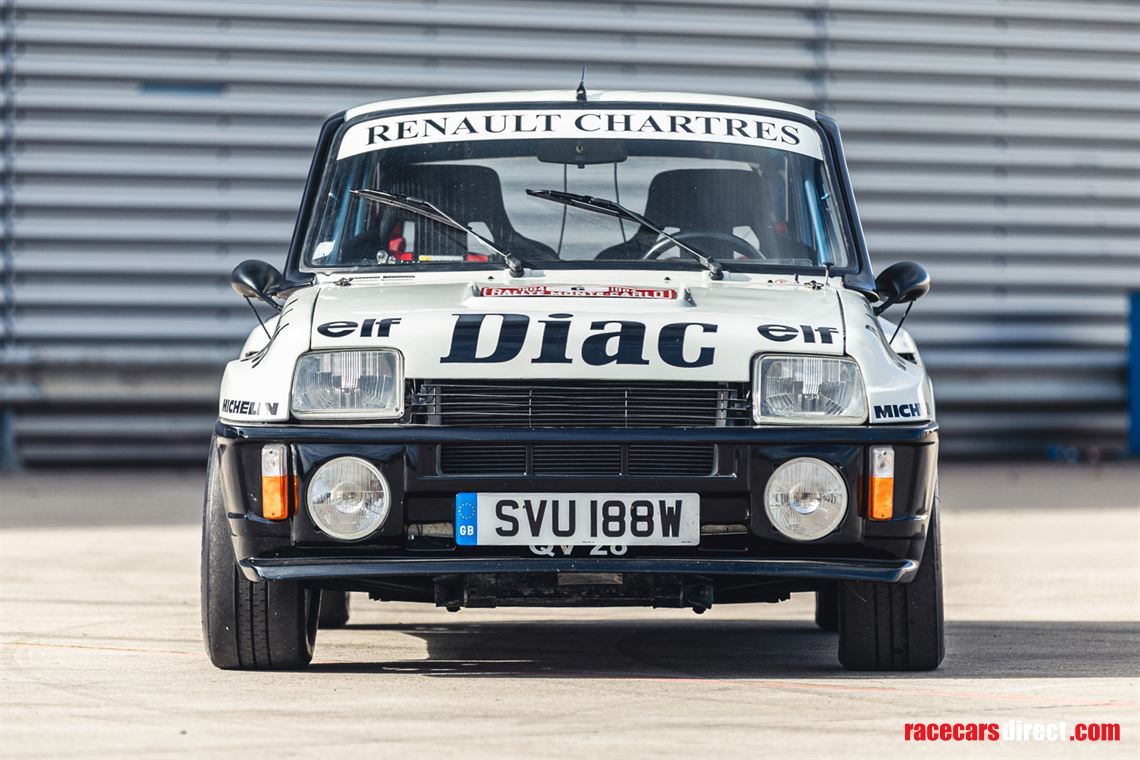 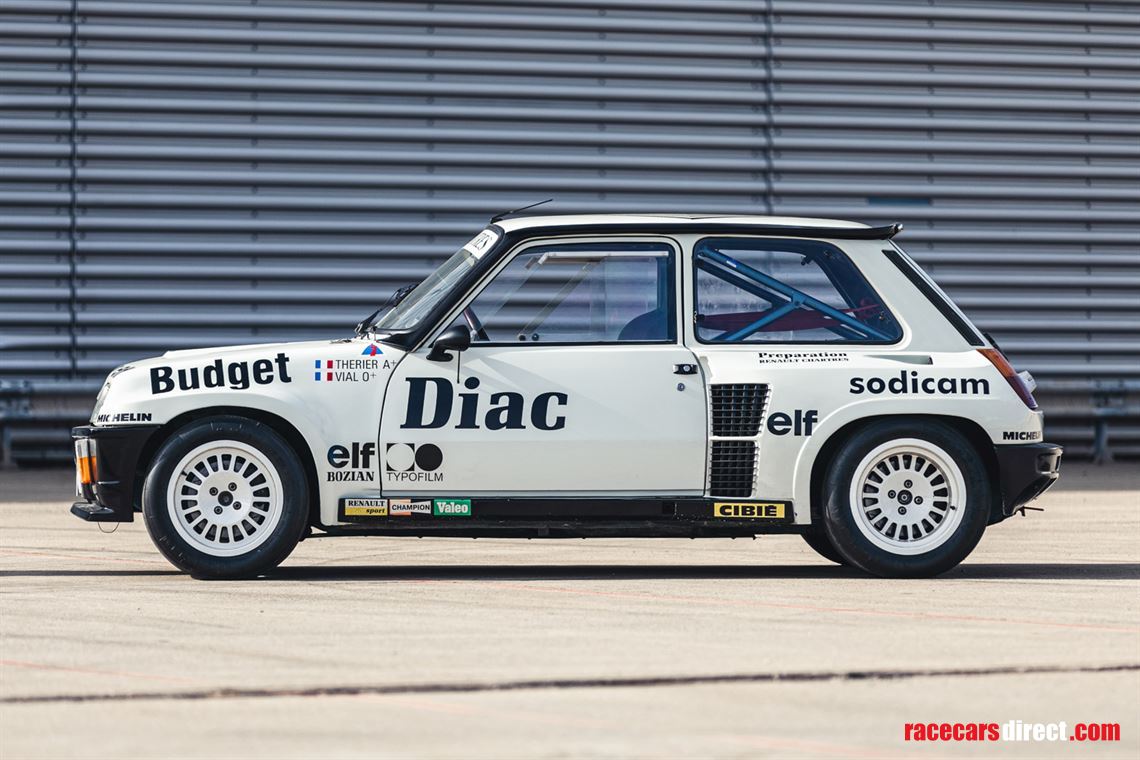 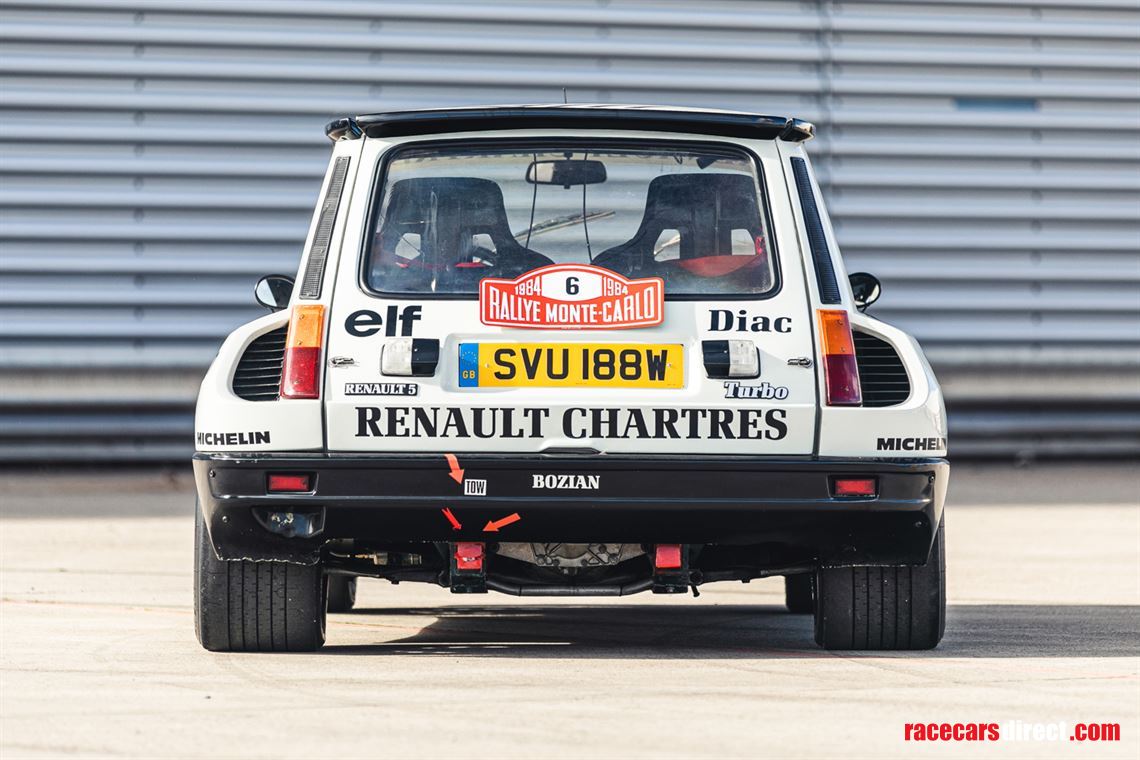 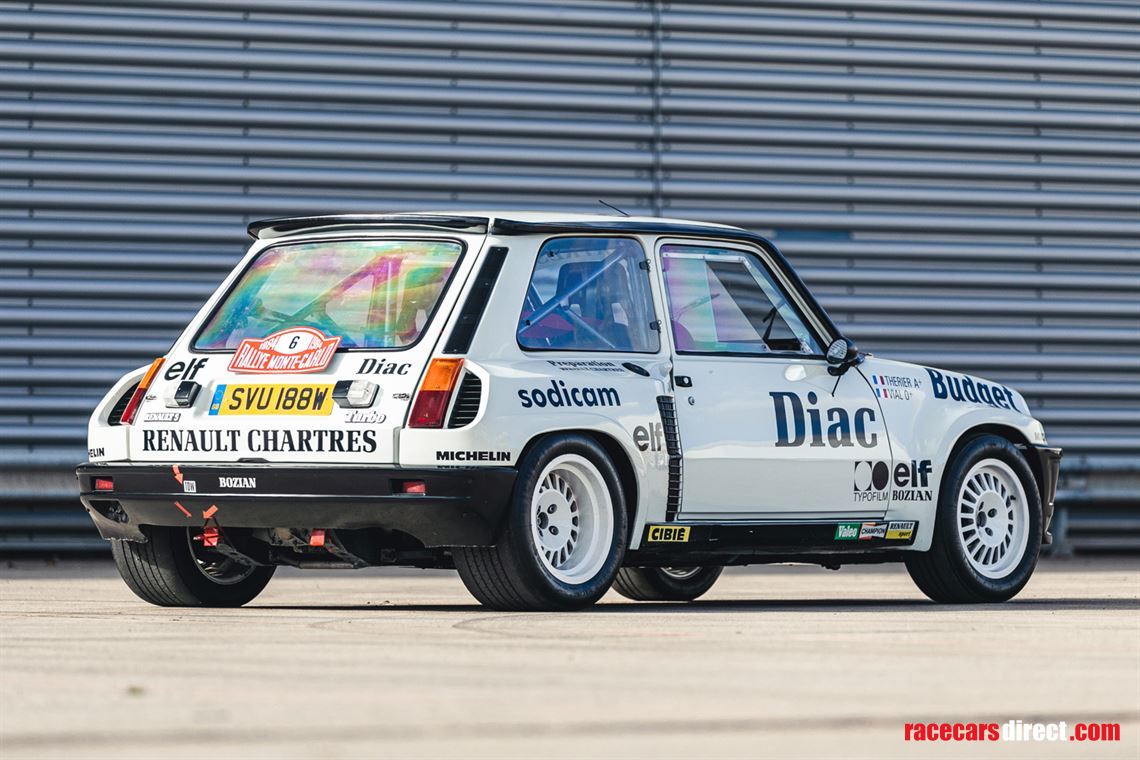 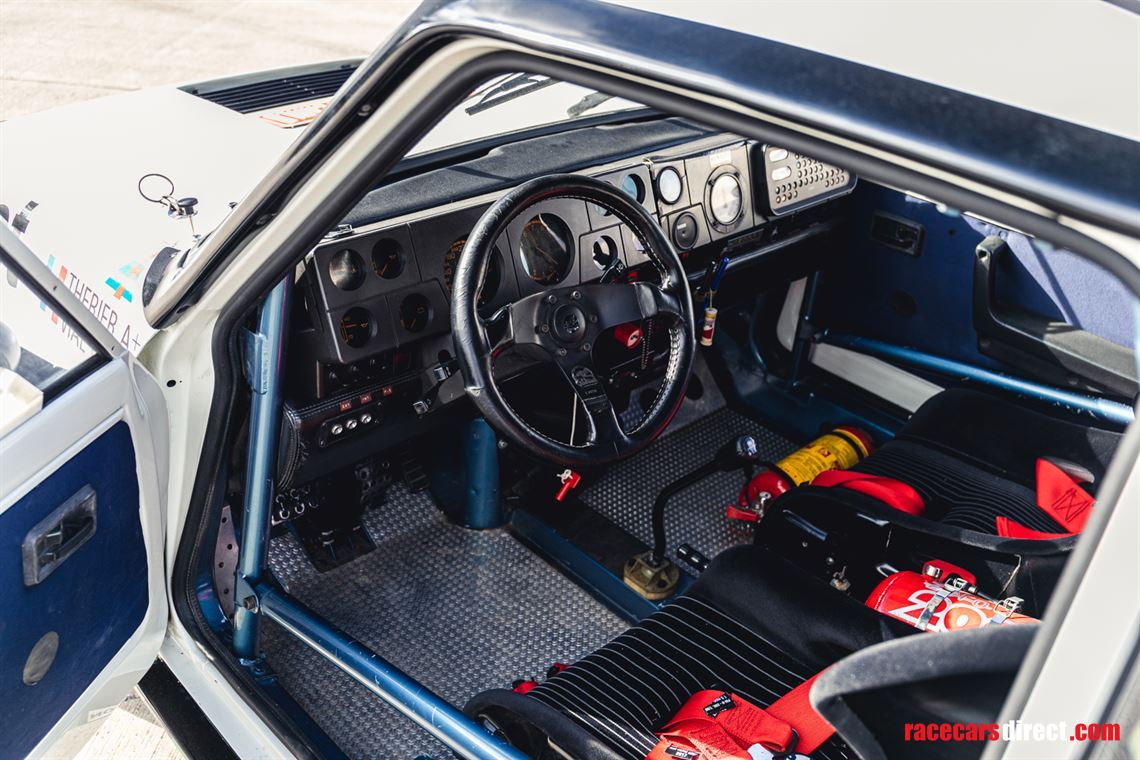 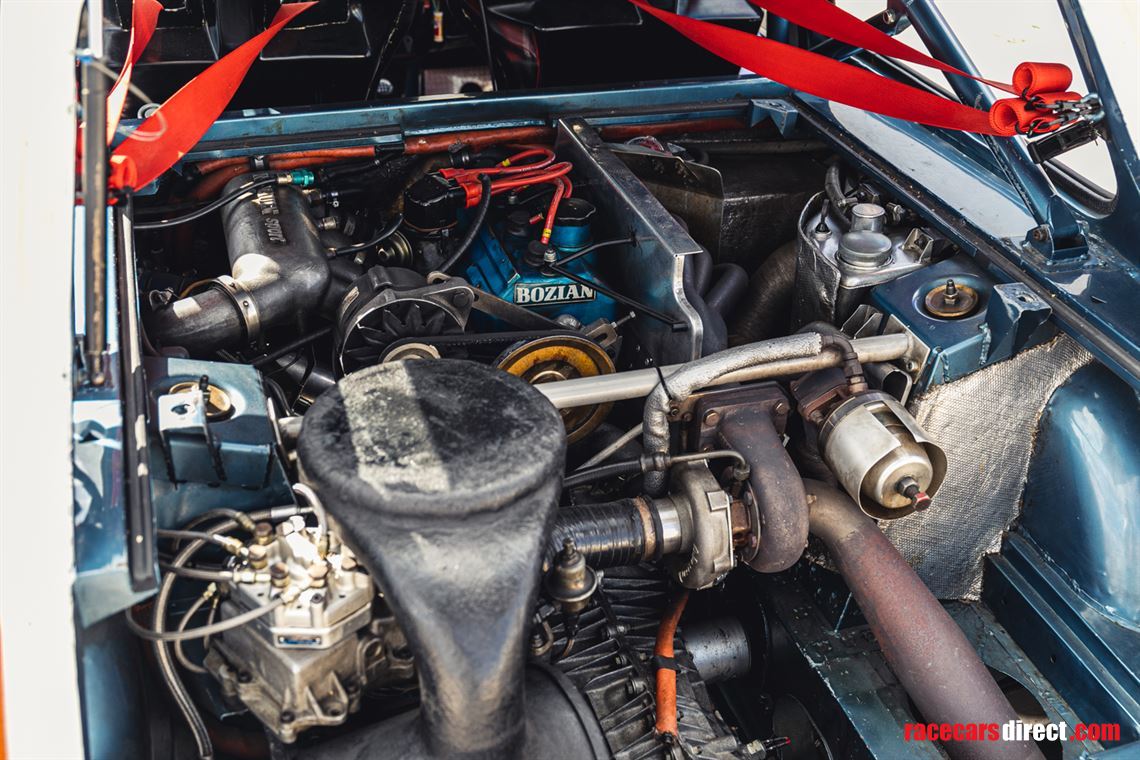 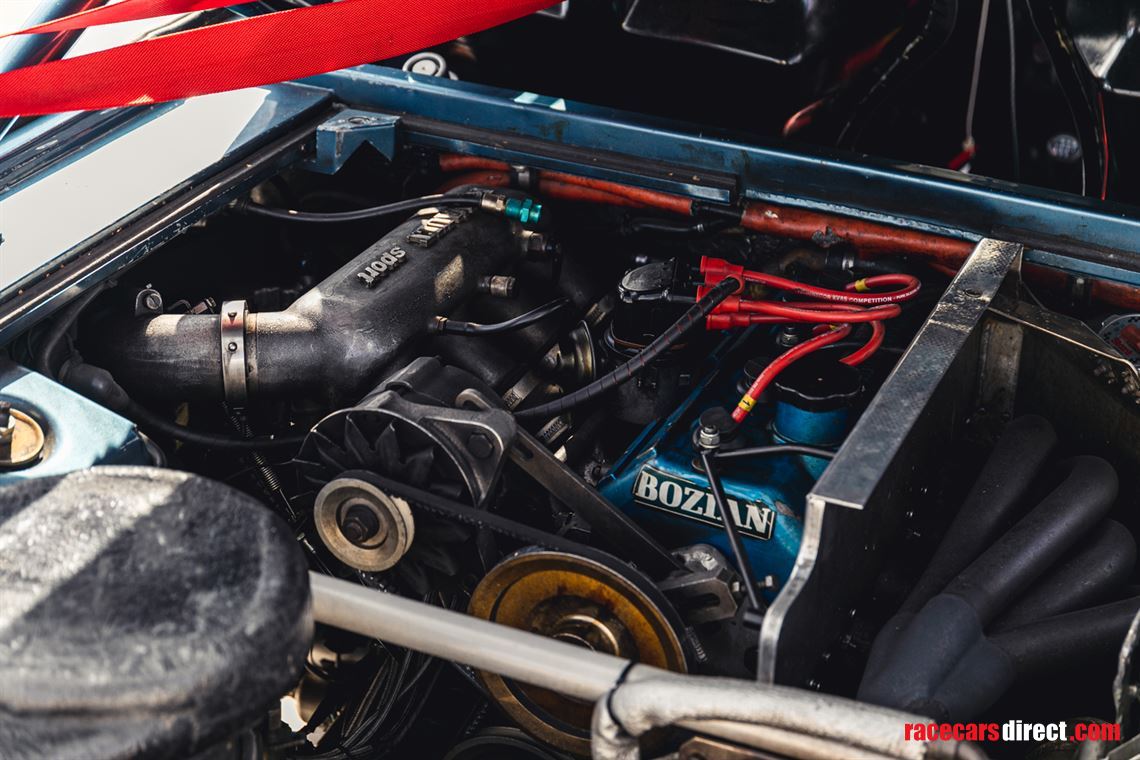 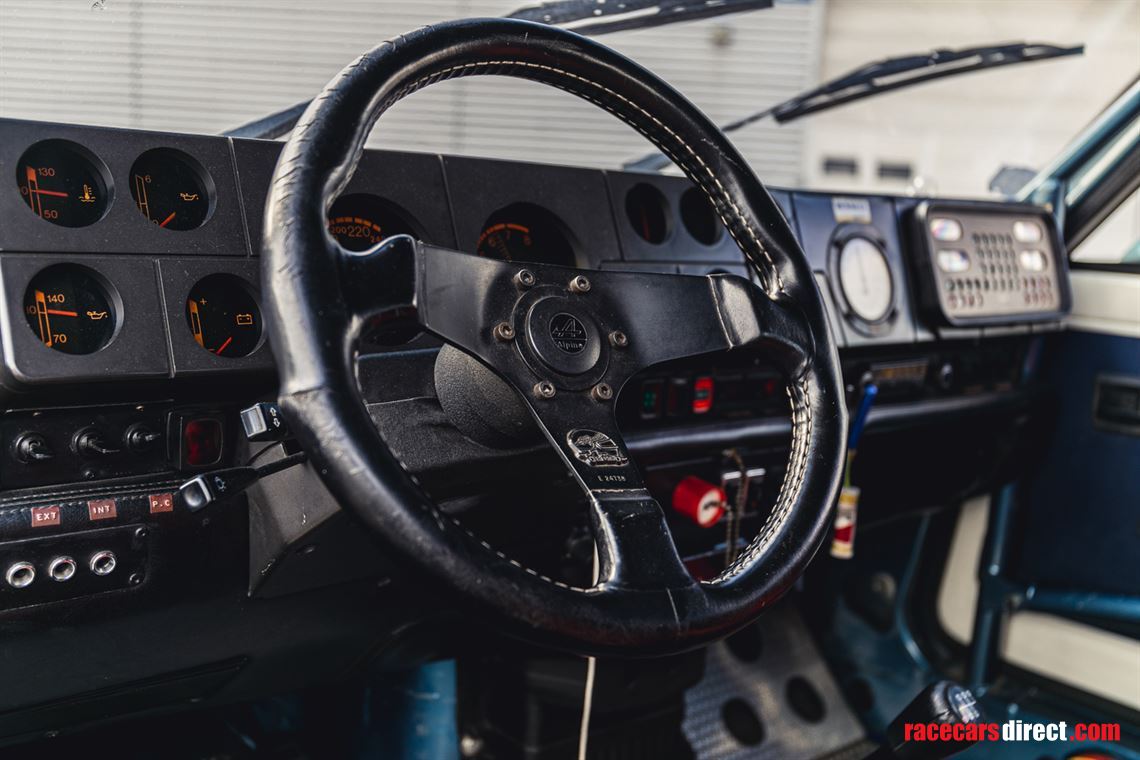 To be offered by Silverstone Auctions on Saturday 14th November.

You can now book a one-to-one appointment (up to one hour) to view this lot at our central location of Stoneleigh Park (CV8 2LG) Monday to Friday, between Thursday 29th October – 12th November. Please contact Harry on 01926691141/ harry@silverstoneauctions.com to secure your appointment or to discuss the car in more detail. The health & safety of both our customers and team remain the utmost priority, we are therefore operating to strict COVID-19 guidelines and full instructions for arrival and inspection protocols will be given when making your appointment.

Jean-Luc Thérier, the renowned French rally driver, would compete in a total of 46 World Rally Championship events, earning five overall wins, 10 podium finishes, and 61 stage victories. During the 1973 World Rally Championship, he was the highest-scoring driver, though, at the time, no overall drivers’ title was awarded, but his Alpine-Renault team did earn the championship. During his career, he would race an Alpine-Renault A110 1800, a Renault 17 Gordini, a Porsche 911 SC, as well as this 1982 Renault 5 Turbo. He participated in the Monte Carlo Rally 13 times between 1969 and 1984, with second place in 1971 as the best result. His career lasted until early 1985 when he suffered severe injuries while participating in the 1985 Paris to Dakar rally and sadly passed away on July 31, 2019, at the age of 73.

For 1982, Renault introduced their Renault Turbo 5 Group 4 Rally car and it turned out to be an absolute firecracker. It wasn't a 'homologation special' based on a warmed-through production car but a totally focussed little racer featuring a 270 bhp, 1,397 cc, turbocharged inline four-cylinder engine with Bosch K-Jetronic fuel injection, five-speed manual transmission, rear-wheel-drive, independent front and rear suspension with anti-roll bars, and four-wheel disc brakes.

This R5 (Chassis B0000454) was delivered new in 1982 to Renault's dealership in Chartres, who were immediately keen to enter events with it. Renault themselves were totally focussed on their efforts to win the Formula 1 World Championship and had no capacity for anything else, however, they did offer technical, design and parts support to Renault Chartres so this was as close as any R5 came to being a true Works rally car! Luckily the team at Chartres were able to secure the services of famed rally driver Jean-Luc Thérier to pilot the R5 and he recruited the very capable Michel Vial as his co-driver.

They entered the 1982 French Rally Championship with the first event being the Critérium de Touraine in early March. In May, Thérier and Vial competed in the Tour de Corse, and in April, they took overall victory in the Critérium Alpin de Grasse. The season continued with a 2nd place finish at the Rallye du Mont-Blanc followed by further overall victories at the 1000 Pistes and Terre de Biarritz events.

In September, the pair entered the most gruelling event of the year, the Tour de France Automobile. Held over 3,140 kilometres, 540 of which were competitive stages with 84 crews starting and only 38 finishing. Regardless, the all-French team was not intimidated and finished a sensational 2nd overall, helping to seal the 1982 French Rally Championship. The season ended well with a 4th and 2nd place finish at the final two events, thus cementing their championship win.

For the 1983 season, Thérier would enter three events in the R5: the 1000 Pistes, d’Antibes, and Varand the season highlight was an overall victory at the Rallye d’Antibes. The following year was to be another successful season for Renault Chartres and Thérier. They entered this two-wheel-drive Renault 5 Turbo in the Rallye Monte-Carlo held in January. The event comprised 30 stages held over 722 kilometres, though unpredictable weather led to the cancellation of two stages due to blizzard conditions. At the start, there were 209 crews, of which 120 qualified as finishers, and only 75 managed to complete the full route, highlighting how demanding the Monte Carlo event really was. Ultimately, Thérier and Vial finished a respectable 4th overall, though most impressive was that they were the first two-wheel drive car to complete the demanding rally.

The next event was the 1984 Rallye Terre de Provence, which was held in May. This time, Thérier stepped aside to allow Jean Ragnotti to drive. Ragnotti is well regarded as having truly mastered the Renault 5 Turbo, including victories in the 1981 Rallye Monte-Carlo along with winning the 1982 and 1985 Tour de Corse events. At the Rallye Terre de Provence, Ragnotti finished 2nd overall; however, he followed that up with a victory at the Rallye de Mont-Blanc in September. After the 1984 season, the Renault was entered in one more competitive rally, the Critérium de Touraine in 1985, this time driven by Bernard Levallois to a 3rd overall finish.

Chassis B0000454 was next spotted in Guadeloupe, where it was owned and frequently rallied by Max Berville, an accomplished amateur driver. It was subsequently located by a famous rally car dealer and returned to France in1999 where it joined a significant rally collection and whilst in that ownership, it was restored to the current condition. Subsequently used briefly in some historic events, including the 2012 Tour de Corse Historique, where it finished 4th overall.

Since that time, it has remained within a private collection and for a period of time was displayed at the Automobile Museum of Monte Carlo. The car was lightly recommissioned in early 2016 by noted model specialists, 3S, with very little mileage since, and is appropriately presented in its 1984 Monte Carlo 'Team Diac' livery.

Having been rallied by some of the sport’s most successful and compelling drivers, with highly respectable results, this 5 Turbo is one of Renault’s most historically significant competition vehicles. Pictures and information on this car feature in every important Renault 5 Turbo publication including a write-up and whole page picture in the English-language book by Peter Meaney “The forgotten French Supercar”.

With a rich history, inspiring livery, and a 270 horsepower turbocharged fuel-injected race-bred four-cylinder amidships, we’re not sure if there’s a better example of a French Group 4 Rally Car available. From our vendor " It's just so addictive, quick and taught yet doesn’t intimidate at all. Ironically, it was a passenger ride in this car in 2016 that generated my enthusiasm for these amazing little Renaults".Complete with its older FIA papers (now lapsed), the Certificat d’Immatriculation and UK-registration, this R5 Turbo is one of the finest of the breed and warrants serious consideration.