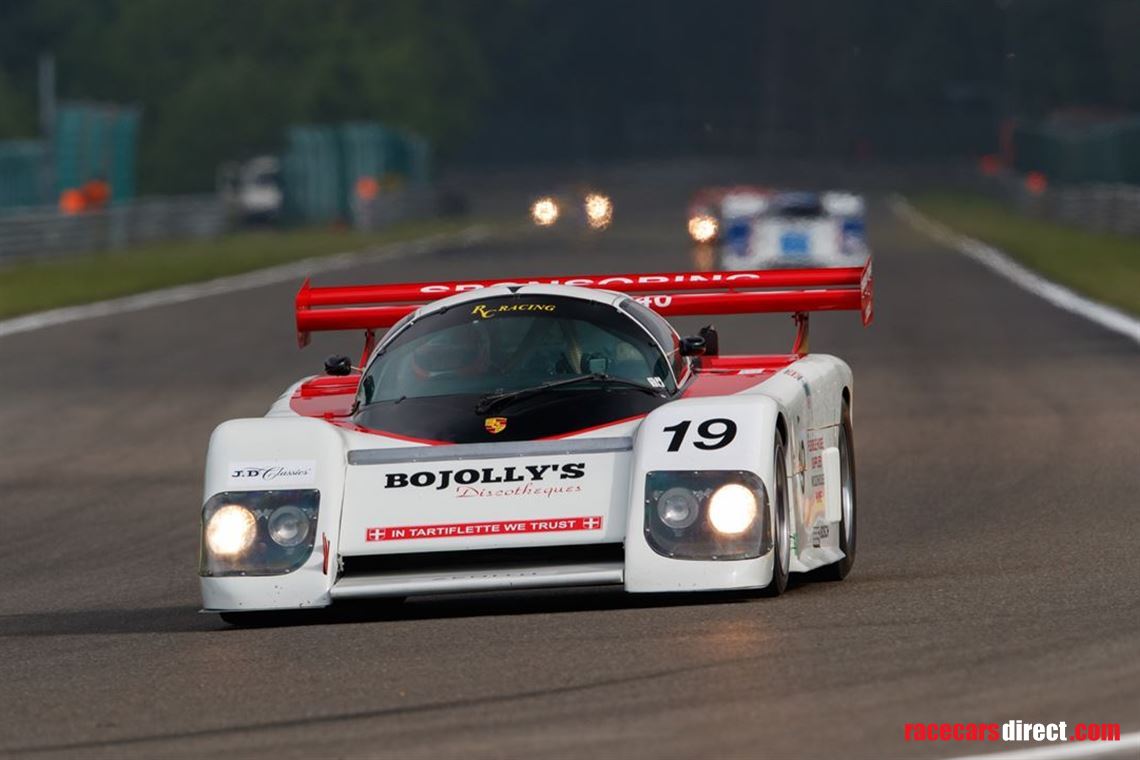 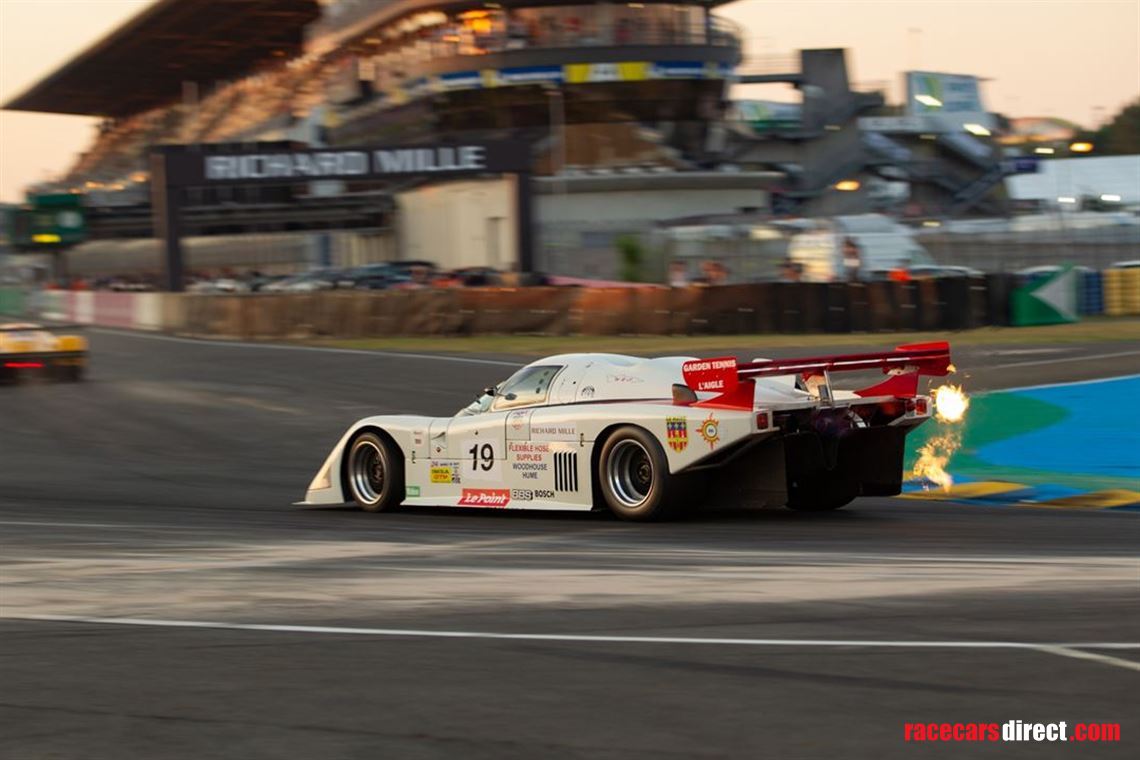 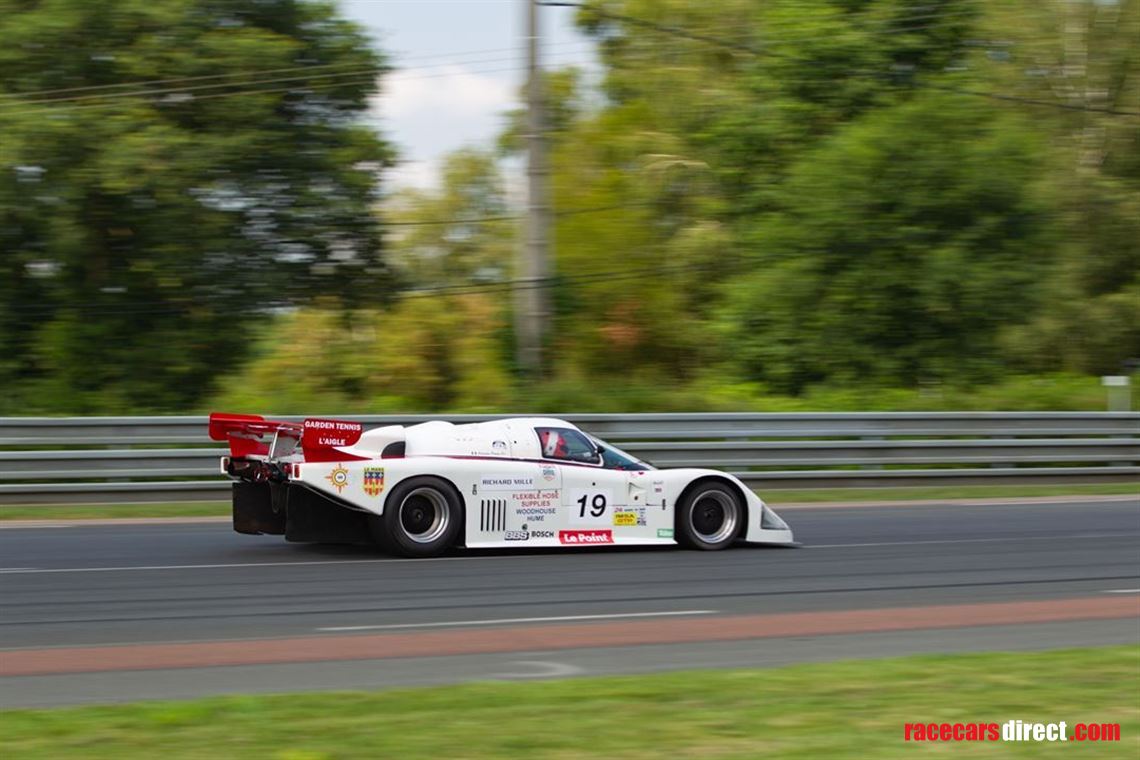 Ascott Collection is proud to offer again for sale, this car victorious in its category at the 24 Hours of Le Mans 1986.

A well-born car: designed and developed by Adrian Newey and motorized by Porsche

Developed in 1985 by the famous engineer Adrian Newey, this MARCH 85 G is a well-born car with an aluminum honeycomb chassis. The use of this material gives it a high level of rigidity and a much higher level of safety than chassis designed in simple aluminum panels. It is powered by a reference power unit consisting of a Porsche 2.8 l air-cooled mono turbo engine derived from the Porsche 935, coupled to a synchronized gearbox of the Porsche 962 type. A model of user comfort, performance and reliability.

A superb racing history on both continents

The MARCH 85 G 06 is the most famous of the March 85 G's as it distinguished itself in the United States in 1985 with John Kalagian's team before taking part in the 1986 World Endurance Championship with the Richard Cleare team.
Among its achievements, a victory in the IMSA GTP category at the 1986 Le Mans 24 Hours (14th place overall) ahead of the factory Nissans racing in the same category. The crew included the young French driver Lionel Robert, who was rewarded for his first participation in the Mancelle race.

Acquired in the USA by Ascott Collection in 2013, it was sold in 2015 to a French competitor who entered it in Group C Racing and the 2018 Le Mans Classic. It changed hands in 2018 and was entered again in Group C racing.

After several years of operation in historic races, this MARCH PORSCHE 85G proved to be a particularly reliable and high-performance car, with operating costs lower than those of a Group C2 with a Cosworth engine for example. It is the ideal car to compete for victory in the C1B class.

Freshly built with a huge specification including carbon bodywork. An unbelievably quick car.