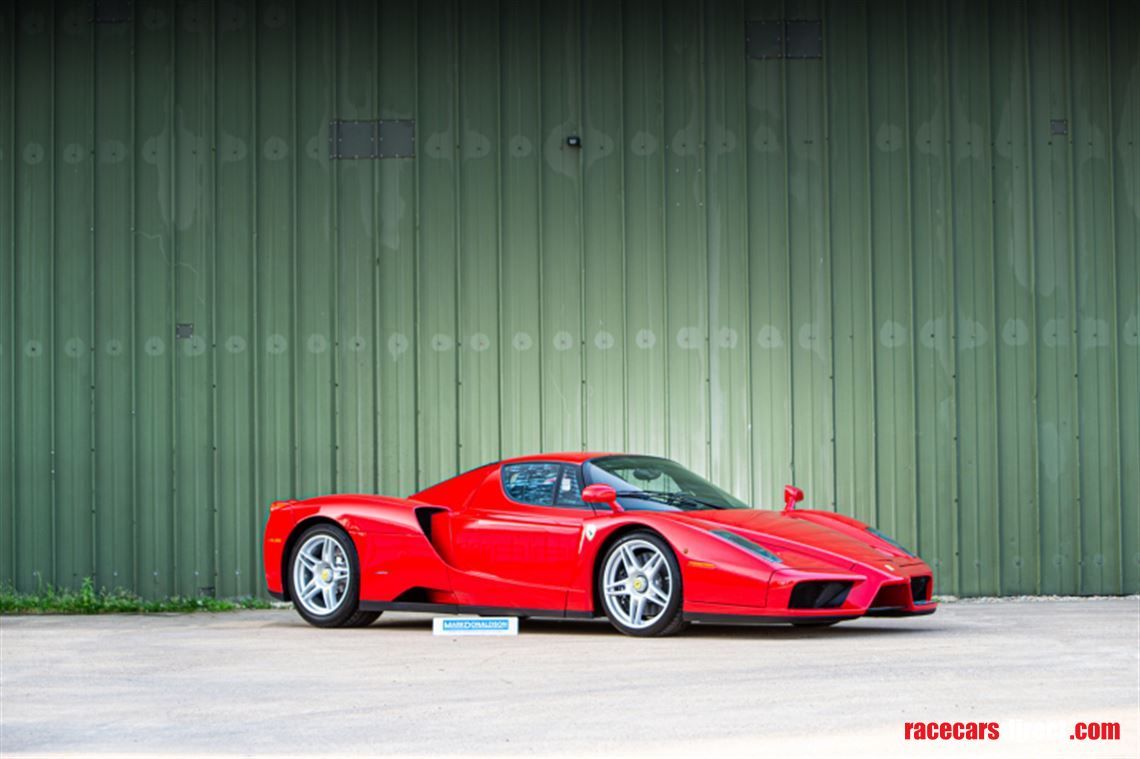 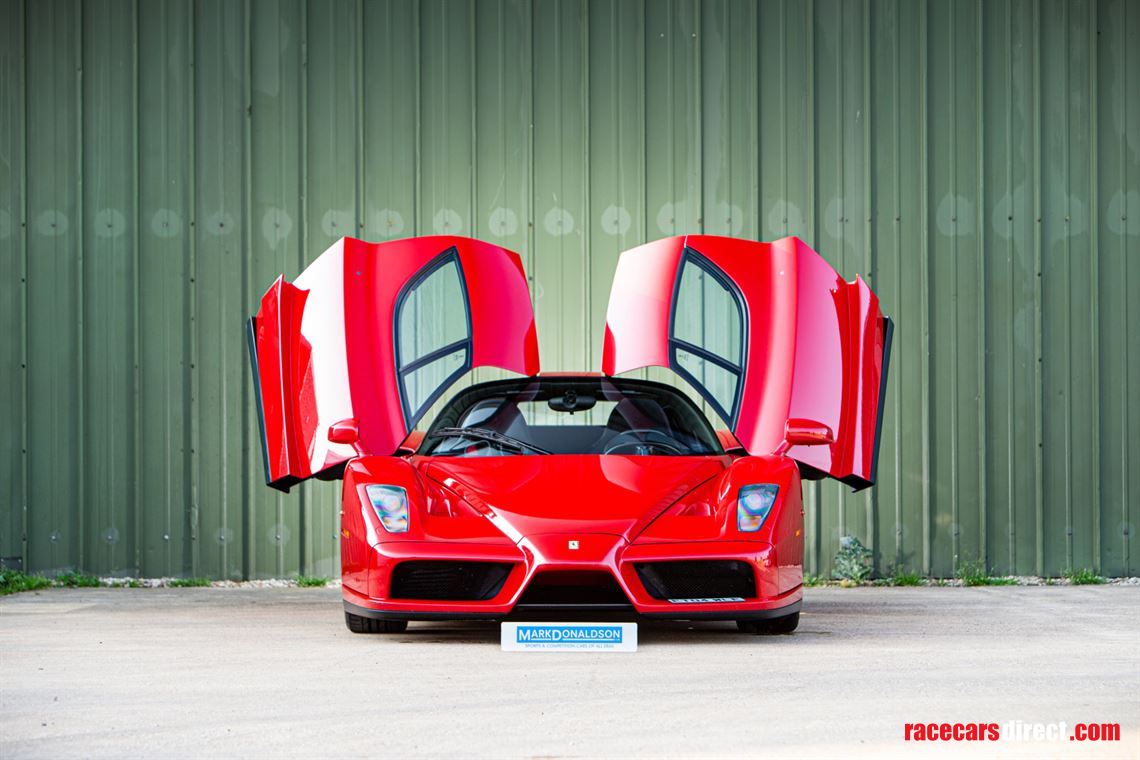 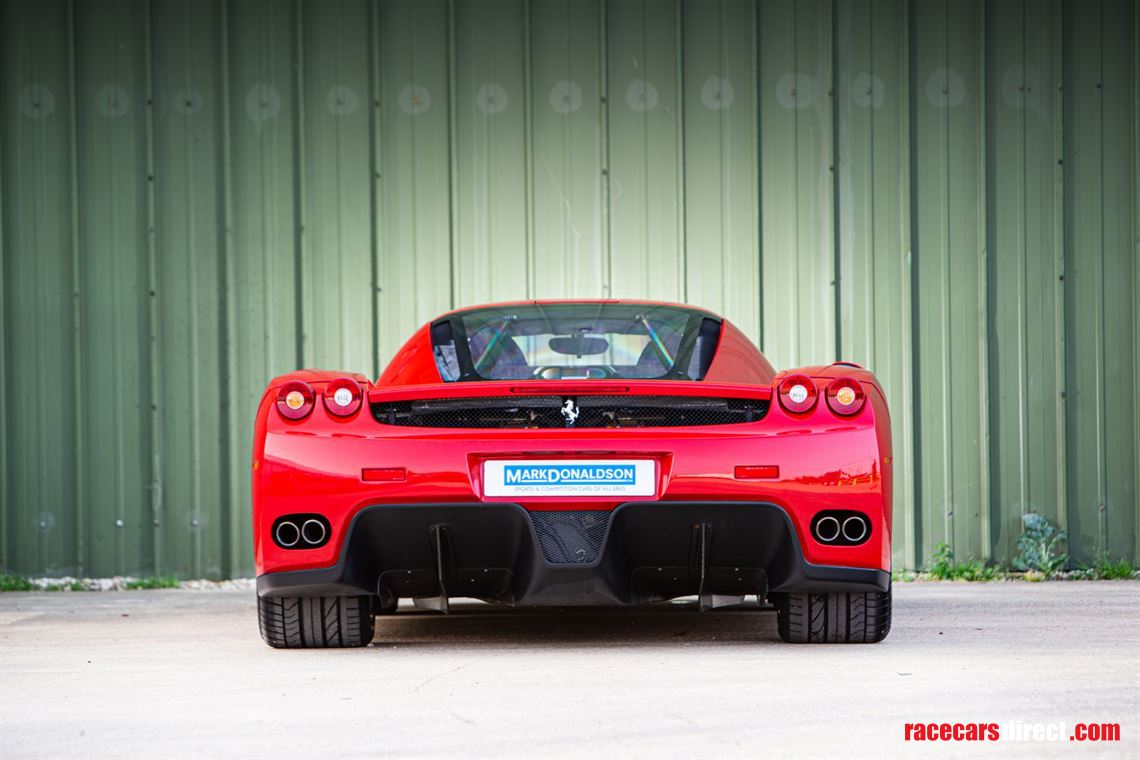 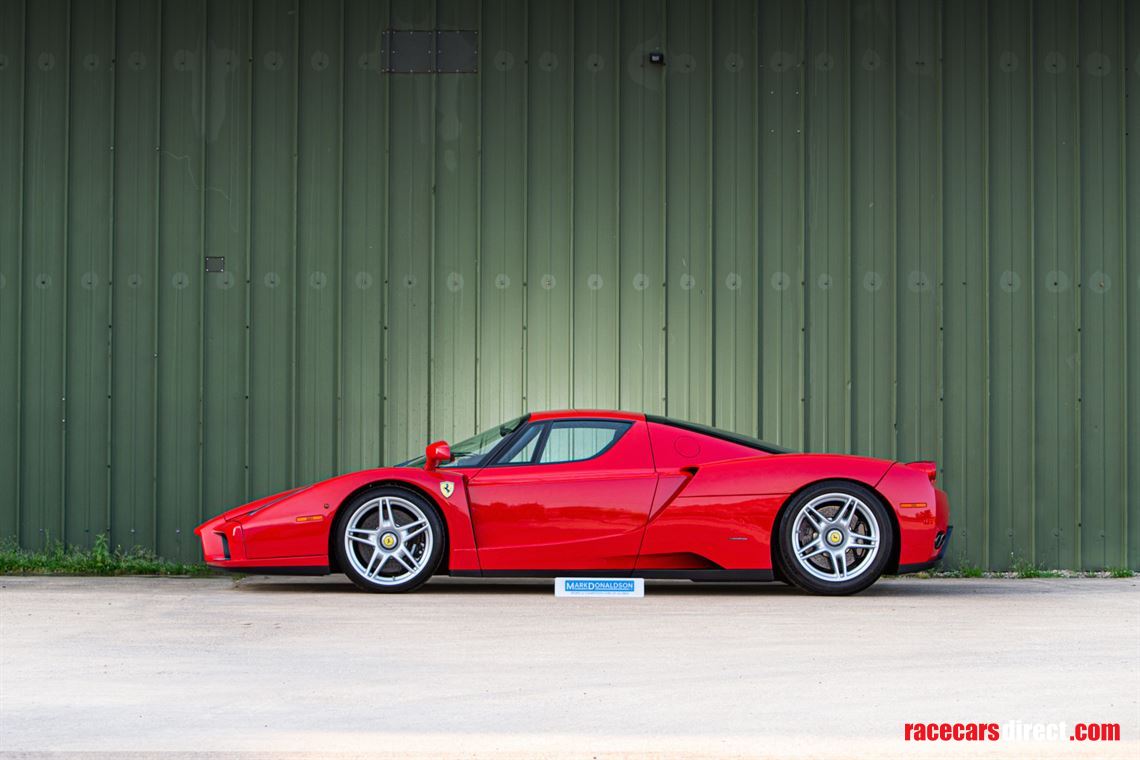 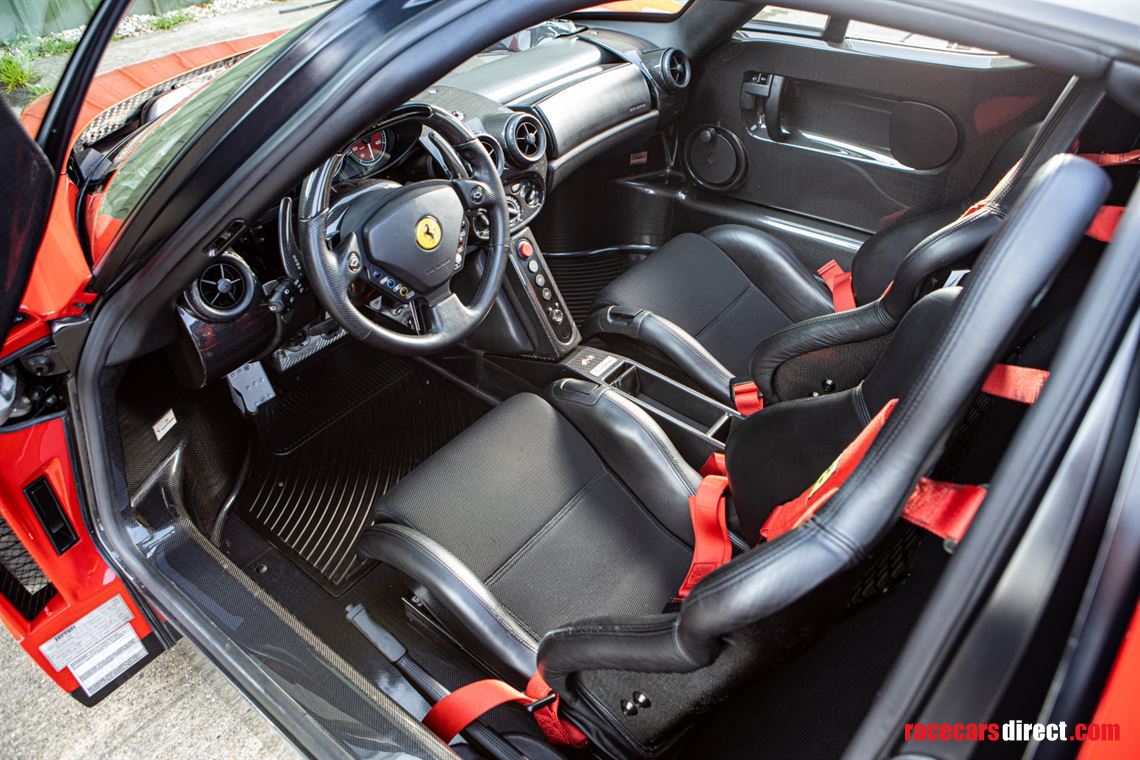 -
OVERVIEW
-
Launched at the 2002 Paris Motor Show as a tribute to Enzo Ferrari himself, the Enzo was a supreme collaboration between Ferrari and Pininfarina. The final form was driven by function with Formula One thinking heavily evident. The Enzo was penned by Ken Okuyama then Head of Design at Pininfarina, and featured a narrow, pointed nose that was clearly inspired by the Ferrari Formula cars of the Michael Schumacher era. F1 composites were used throughout with a chassis constructed from carbon fibre and honeycomb aluminium. Performance was comparable to that of a contemporary formula one car with the 5,998cc naturally-aspirated V12 engine producing 660 bhp and paddle-shift gear changes occurring in 150 milliseconds. Sport or race modes were selectable from the steering wheel and dashboard LEDs indicated optimal gear changes.

Production of the Enzo began in 2003 and 399 examples were officially completed. One further example was built in 2004 for the late Pope John Paul II and was later donated to charity to benefit the victims of the Southeast Asian tsunami.
Until 2013 when the LaFerrari was introduced, the Enzo was the brand’s flagship model having taken the baton from the F50 which in turn superseded the F40 and 288 GTO accordingly and remains to this day one of its most heralded models.
-
HISTORY
-
Specified in the classic combination of Rosso Corsa with an interior in Nero, this Enzo was supplied new by Ineco Auto S.p.A of Bolzano, Italy to Flying Car SRL of Monzuno, Bologna in April 2004. File details denote that it was present at the inaugural Enzo gathering in October 2005 and it passed to its second owner in 2009. In May 2010 it was treated to a through service at official Ferrari Agent Graypaul (in the UK) and the following year was UK registered.

After being offered for sale by (auctioneers) Artcurial in February 2014 it found residence in a Parisian collection but did not see any use.

We supplied the car to the current owner in May 2015, upon which time it was returned to the UK and treated to a comprehensive service at Ferrari Agent Meridien Modena which included a new clutch assembly. At this time it had covered just 16,146 kms.

-
SUMMARY
-
Quite simply this is an enviable opportunity to acquire an Enzo ideally suited to being driven! With so many others spending their days laid up in waiting, this example has proven that with diligent maintenance the fun is there and waiting to be had.
Priced to entice, inspection is welcome by appointment. 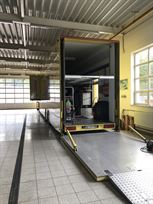 Koenigsegg DNA at its finest !

The combination of pure torque and aero is what's made this car so groundbreaking.

Arrive and Drive in our MK3 and MK1 Race Cars