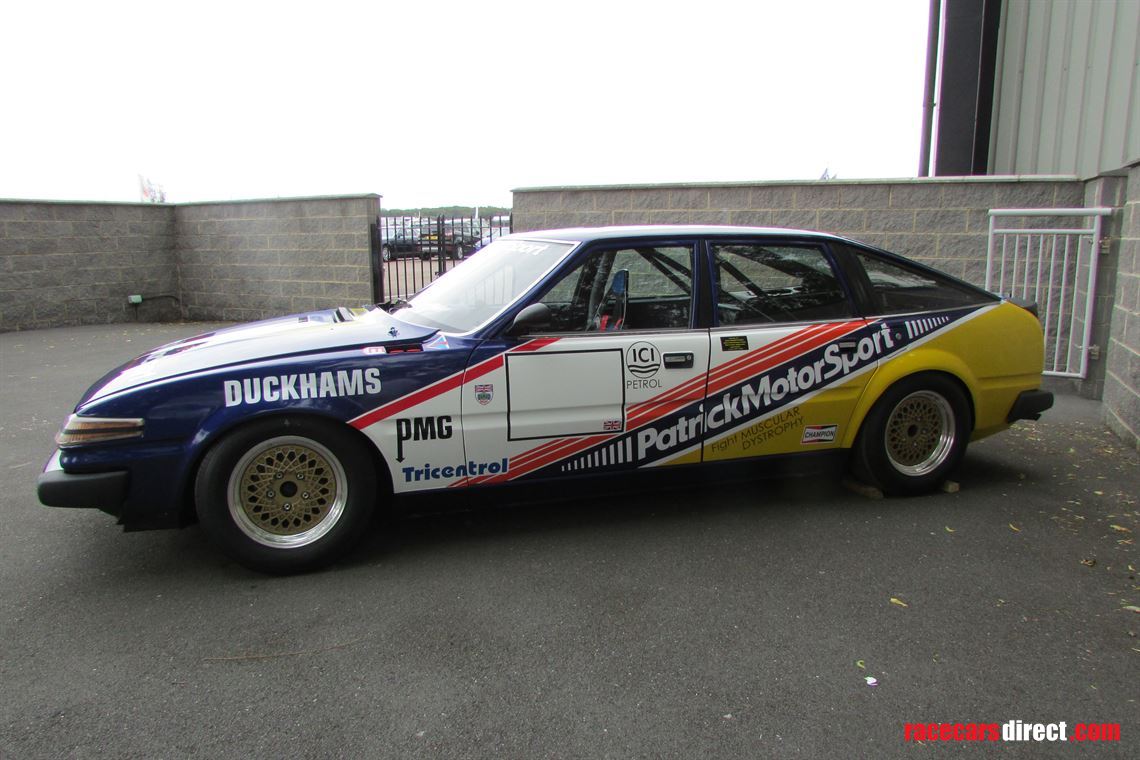 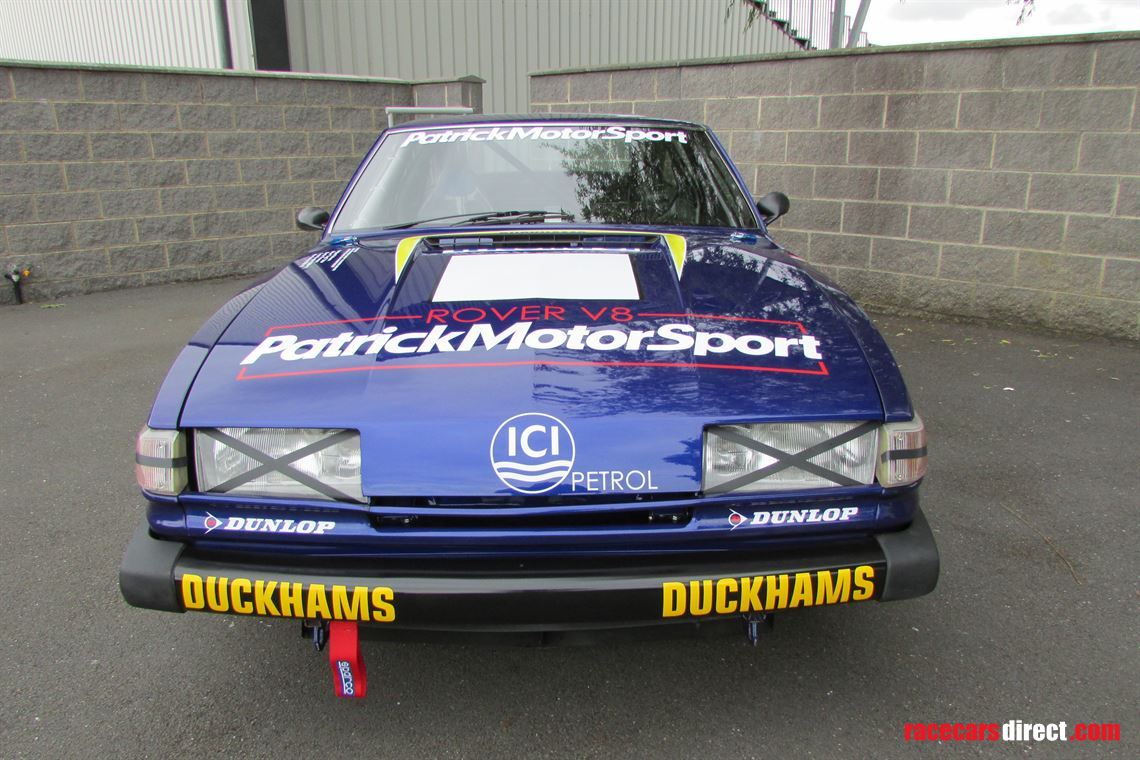 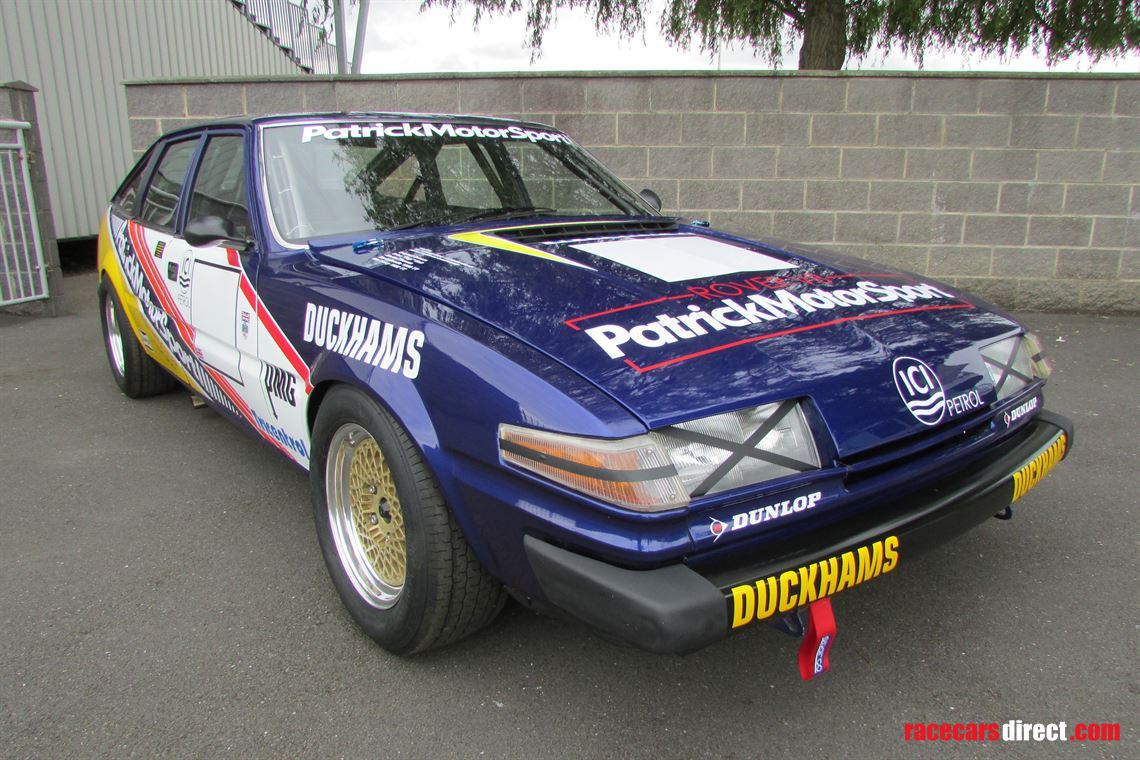 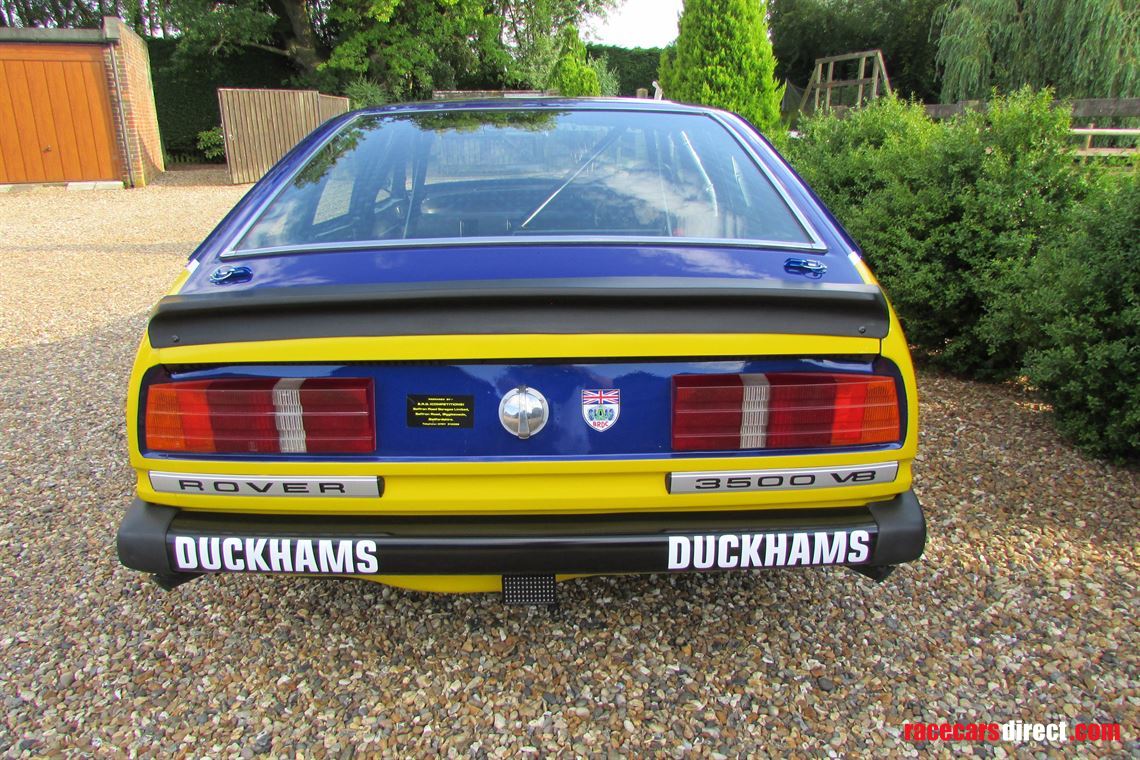 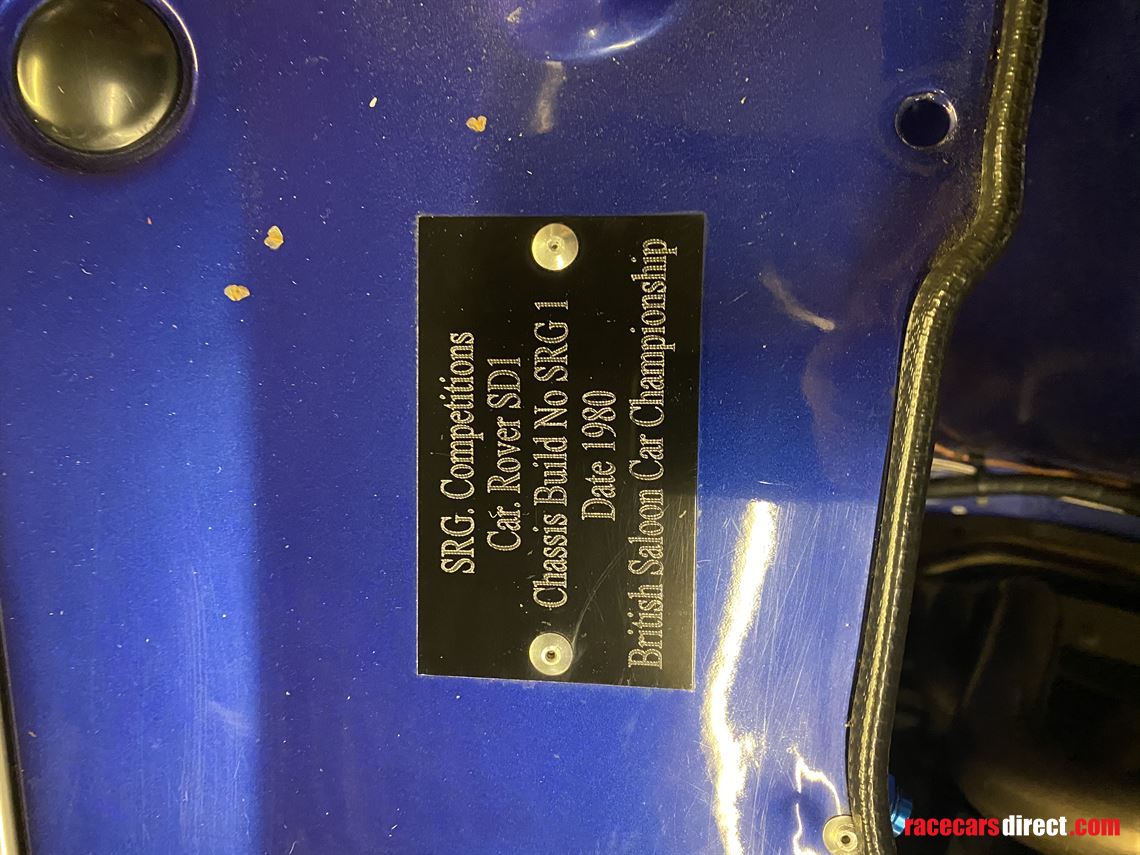 Owned since 1980 by SRG and its Team Principal, Martin Thomas. Recently subject to a total restoration to 1982 spec and livery – race ready with FIA HTP

1980 season saw Group 1 cars engine limit increased from 3.0 to 3.5 litres allowing the 3.5 litre Rover SD1 to take on the 3.0 litre Ford Capri. With this in mind Patrick Motorsport decided to look for outright race victories and turned to SRG Competitions of Biggleswade, run by Martin Thomas, as they were already in the process of developing a Rover (the car we are selling) to race alongside the Capri they were already running

Martin Thomas was no stranger to successfully racing V8 cars having made a name for himself racing a Camaro and other V8’s in the late 1960’s and 1970’s.

Martin and SRG entered “our car” into the 1980 Tricentol British Saloon Championship, initially with Shell Sponsorship. Driven by Brian “Yogi” Muir and Martin Thomas the car was developed during the season finishing on a high with David Brodie joining Muir to finish 2nd in class in the prestigious RAC Tourist Trophy at Silverstone.

Following a one off drive in 1981 Rad Dougall, Formula 2 hot shoe, joined the team in a third car which resulted in a 3rd overall at Silverstone in a Rover podium lockout. In 1982 two cars were run with Rad starting the season alongside Brian Muir.

The 1982 Silverstone RAC Tourist Trophy saw our car, driven on this occasion by legendary driver Win Percy and Brian Muir, qualify third overall amongst the two TWR Group A Jaguar XJ-S. if it wasn’t for a pit crew member inadvertently failing to drain his fuel churn, the car was on for an outright podium, however the cruelty of racing meant the car ran out of fuel right at the end of the race. Being classified 16th and as a finisher was small consolation when the podium was so close!

At the end of 1982, Group A rules replaced Group 1 with Martin running the new Rover Vitesse model for Gordon Spice.

In 1984 Martin and the SRG team retired from competing in the British Saloon Car Championship but retained to this day the original 1980 car. I am now selling this car on their behalf.

The car enjoyed several competitive outings in period and was reportedly the favourite of Brian “Yogi” Muir who preferred its handling balance to the other team cars. The car stayed under dust sheets until it’s recent restoration by Martin Thomas.

Two other Patrick Motorsport sponsored SRG Rovers that have been restored and raced at Goodwood and elsewhere have been very dominant with many outright wins.

With its restoration Martin Thomas incorporated all the latest developments required including a new JE Developments 3.5 litre fuel injected V8 and FIA complaint roll cage and Tillet race seat. The car is “on the button” with FIA HTP papers dated October 2019 and comes with a spares package ready to be raced.

Martin has substantial period documentation including race entries and regulations from his time running the Rovers as well as being pivotal in writing the original Group 1.5 rules in period. He will be delighted to help the next and crucially only second owner of this historic period race car.

This is a truly unique opportunity.

Superb newly restored with papers to 2030