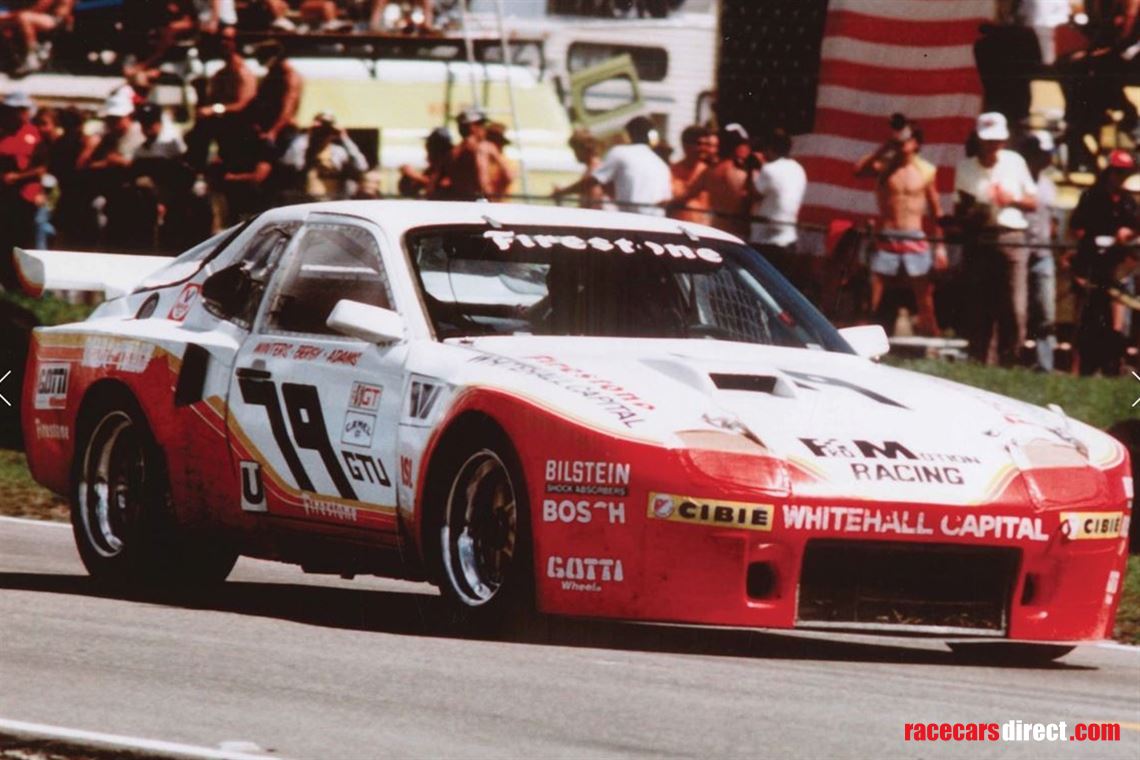 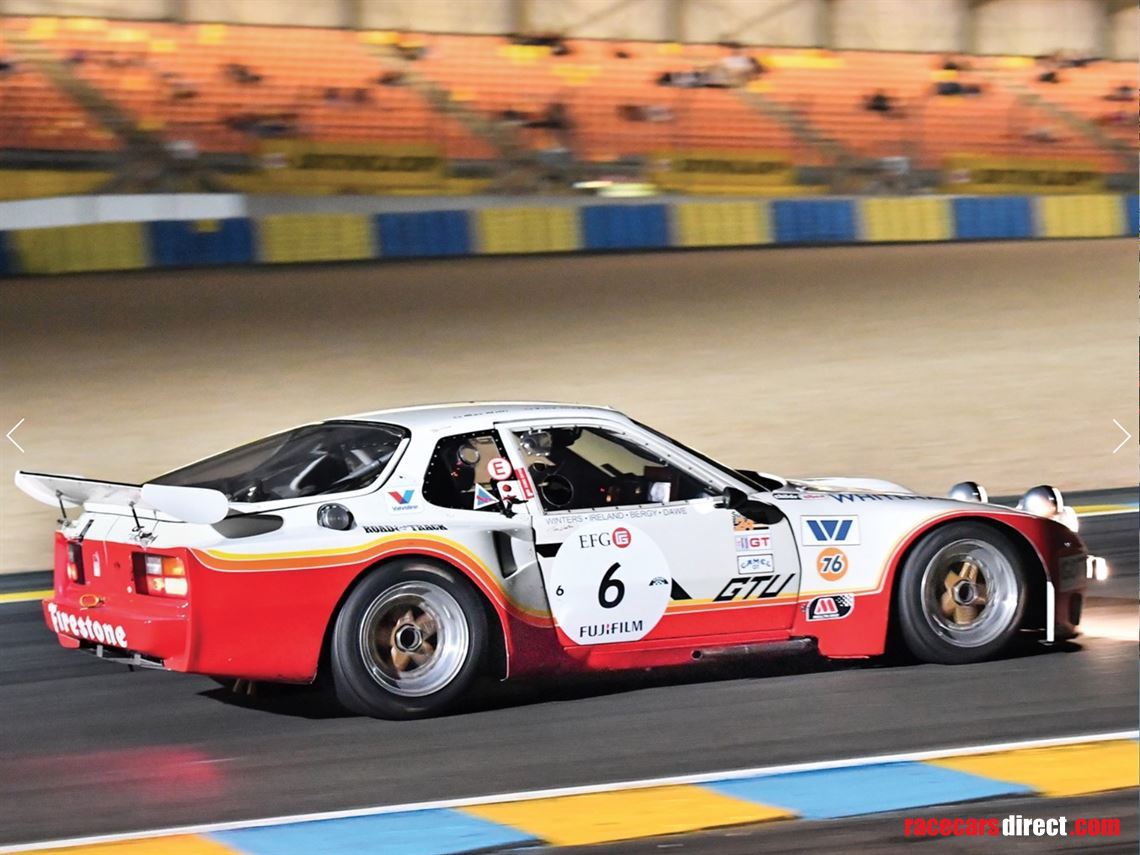 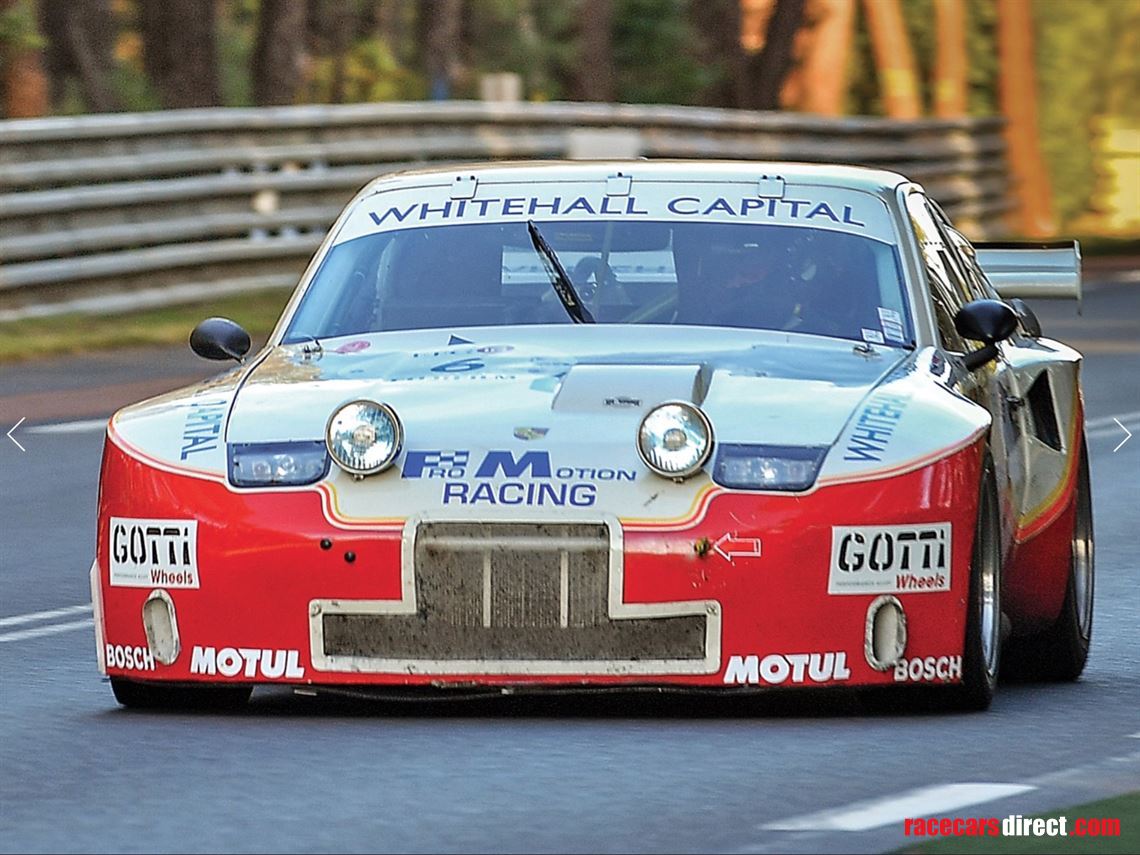 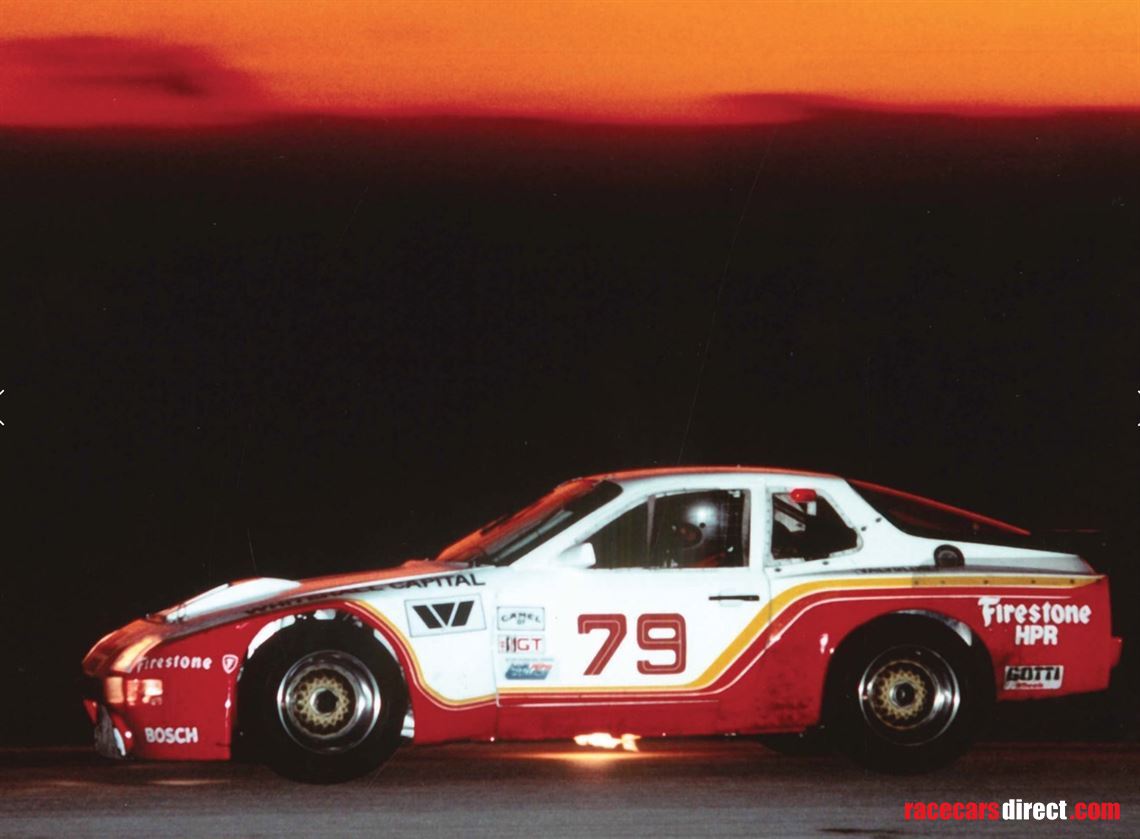 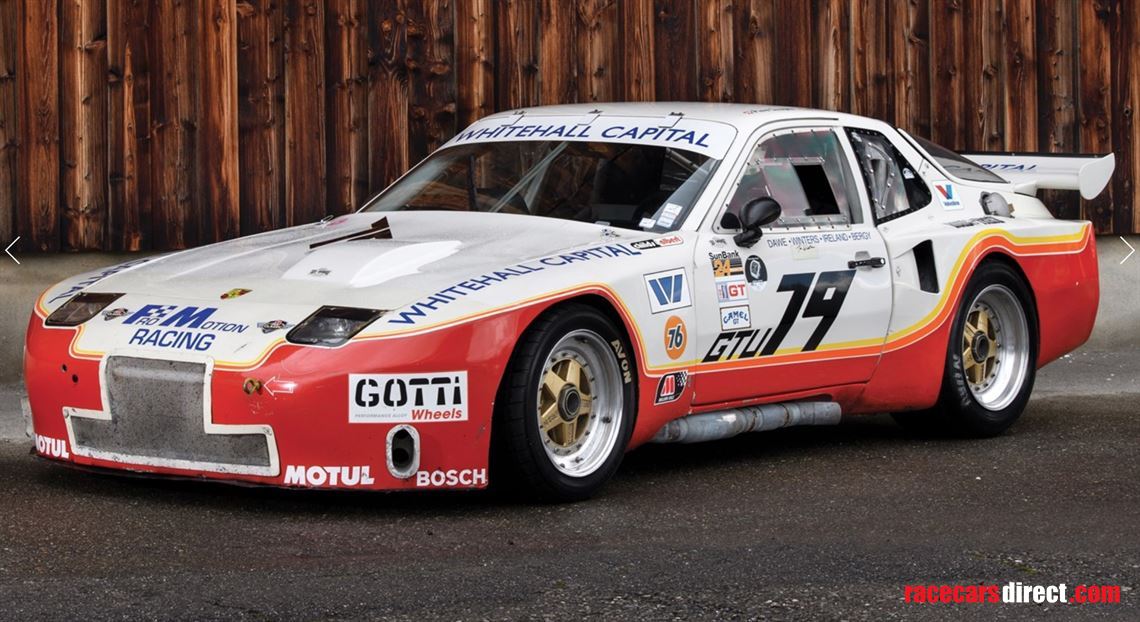 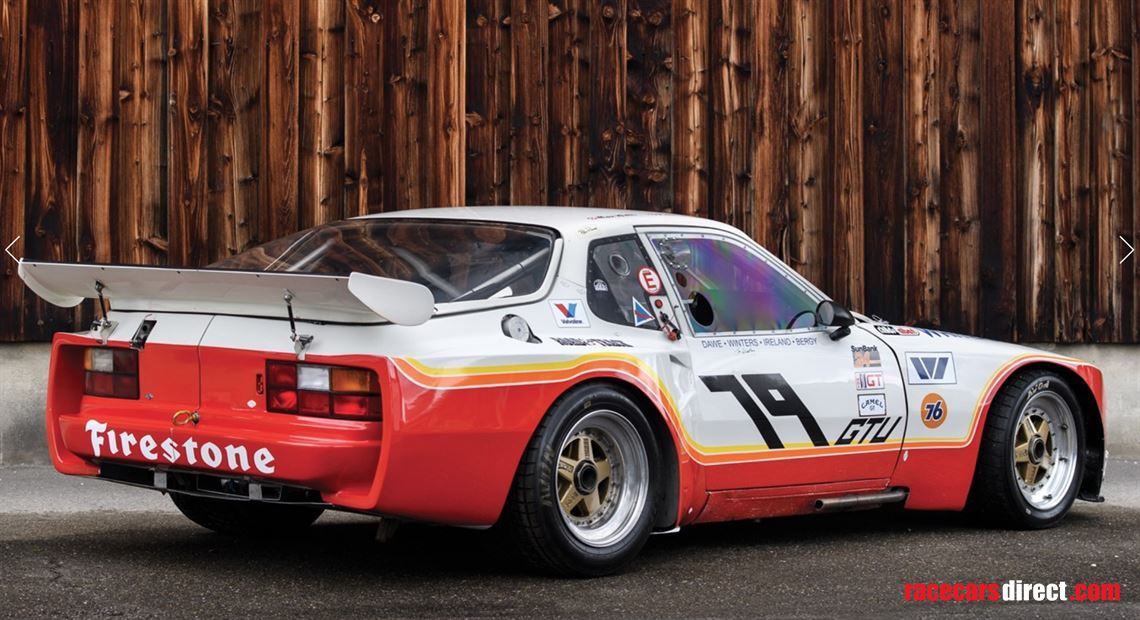 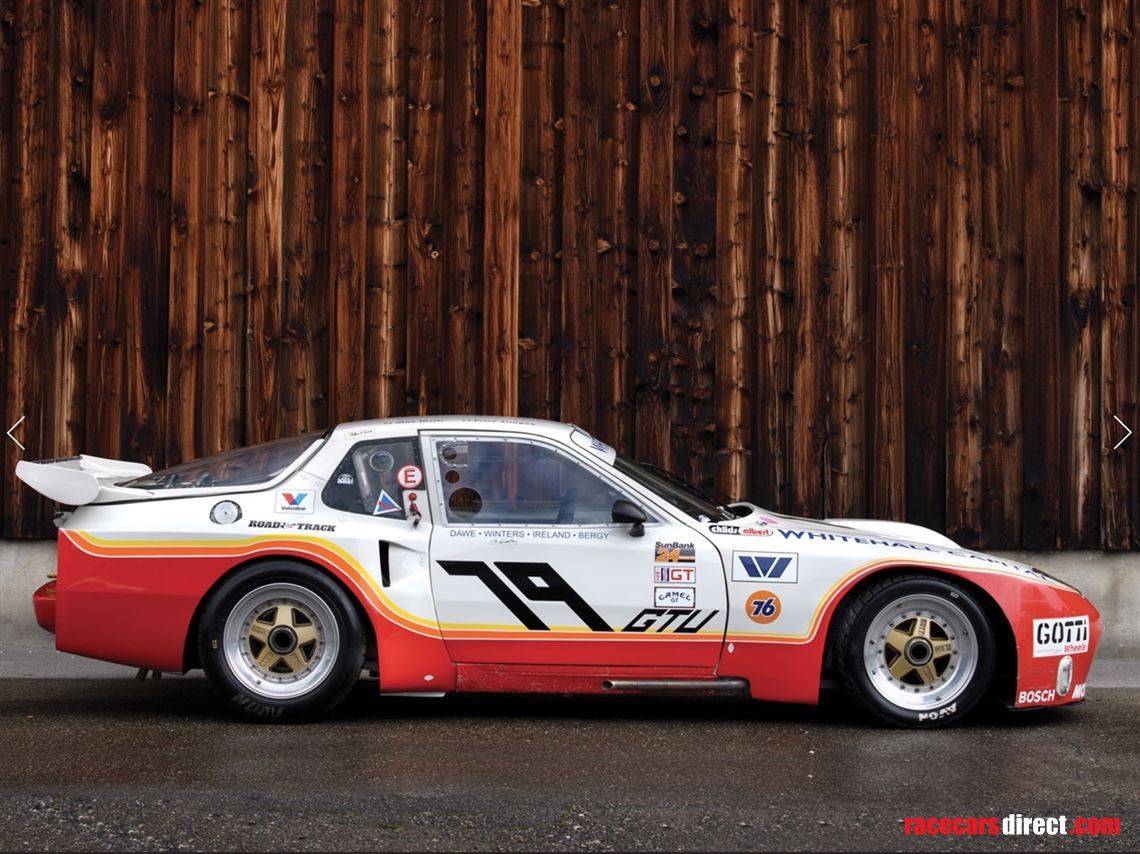 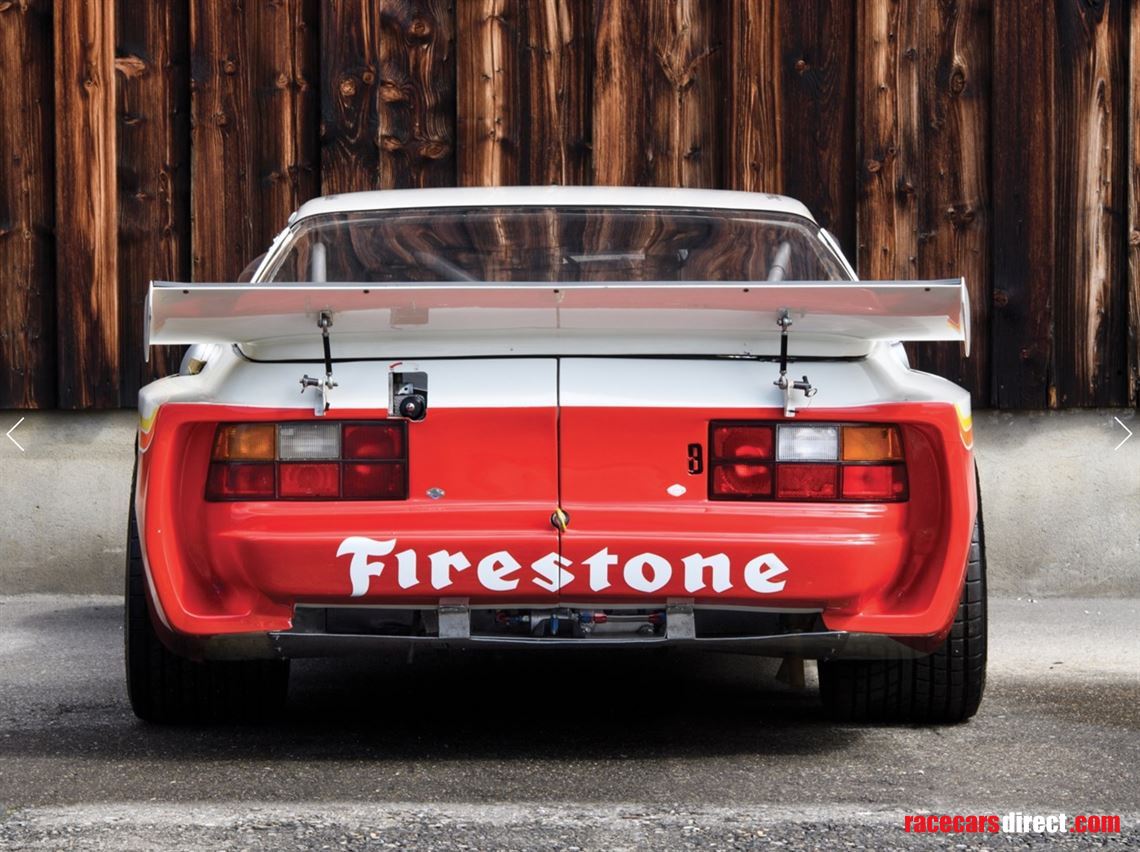 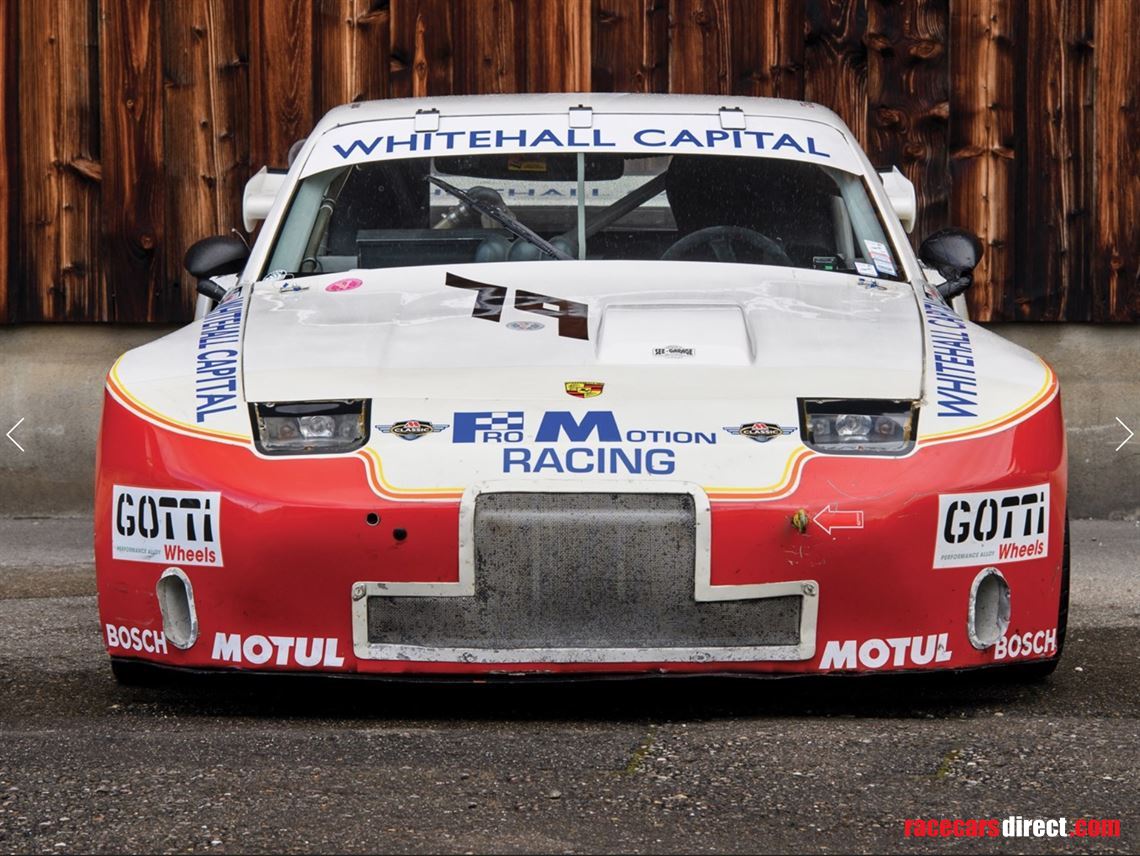 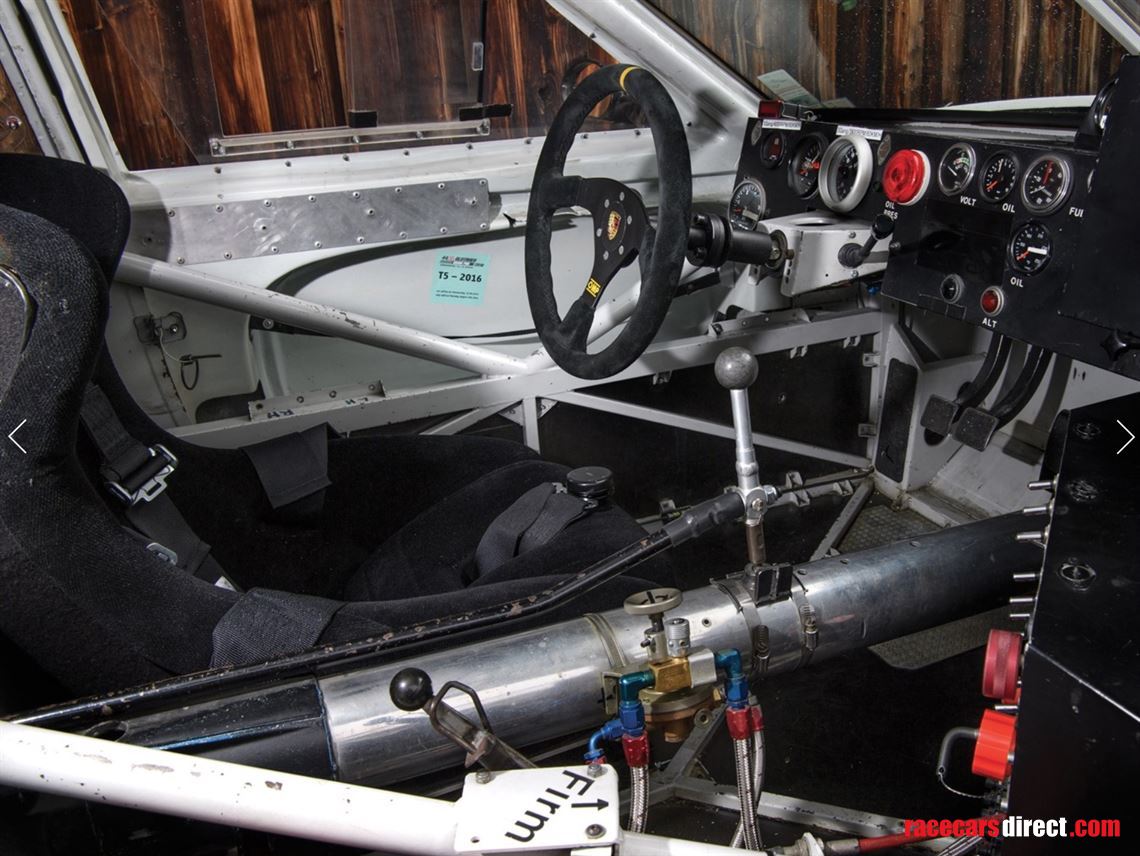 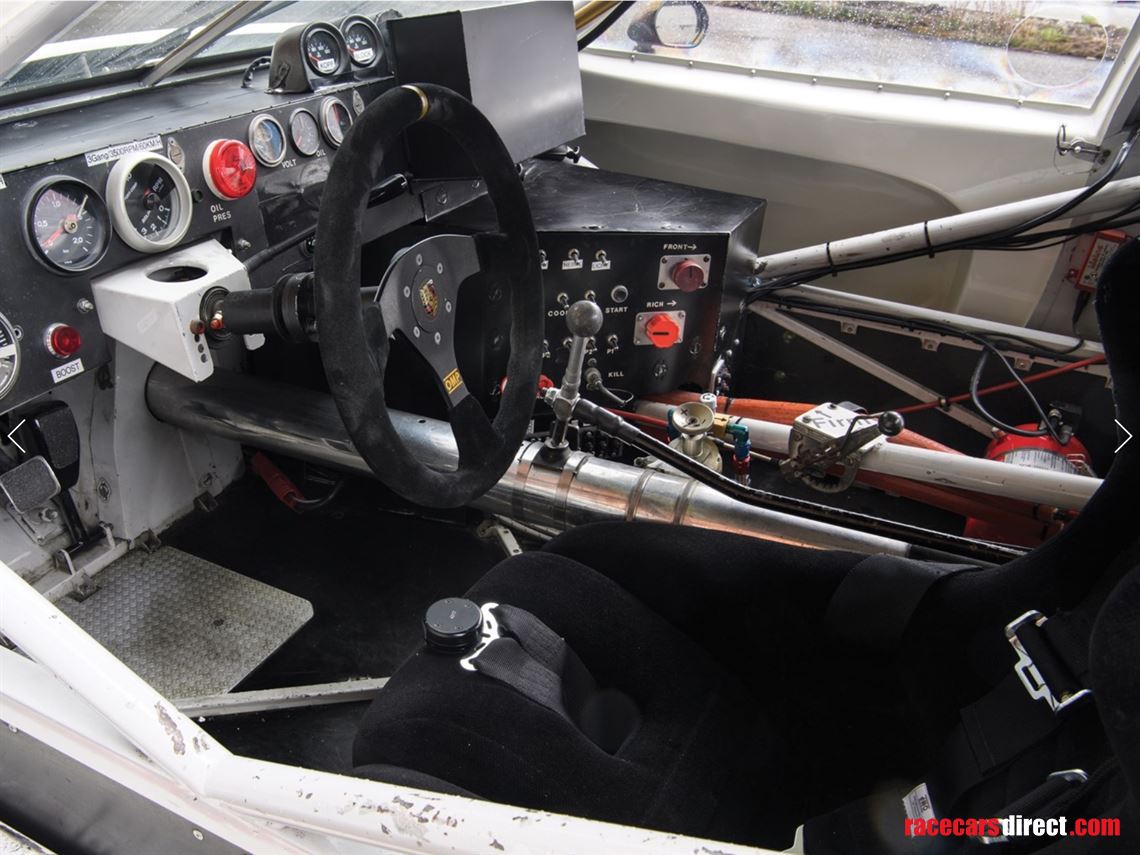 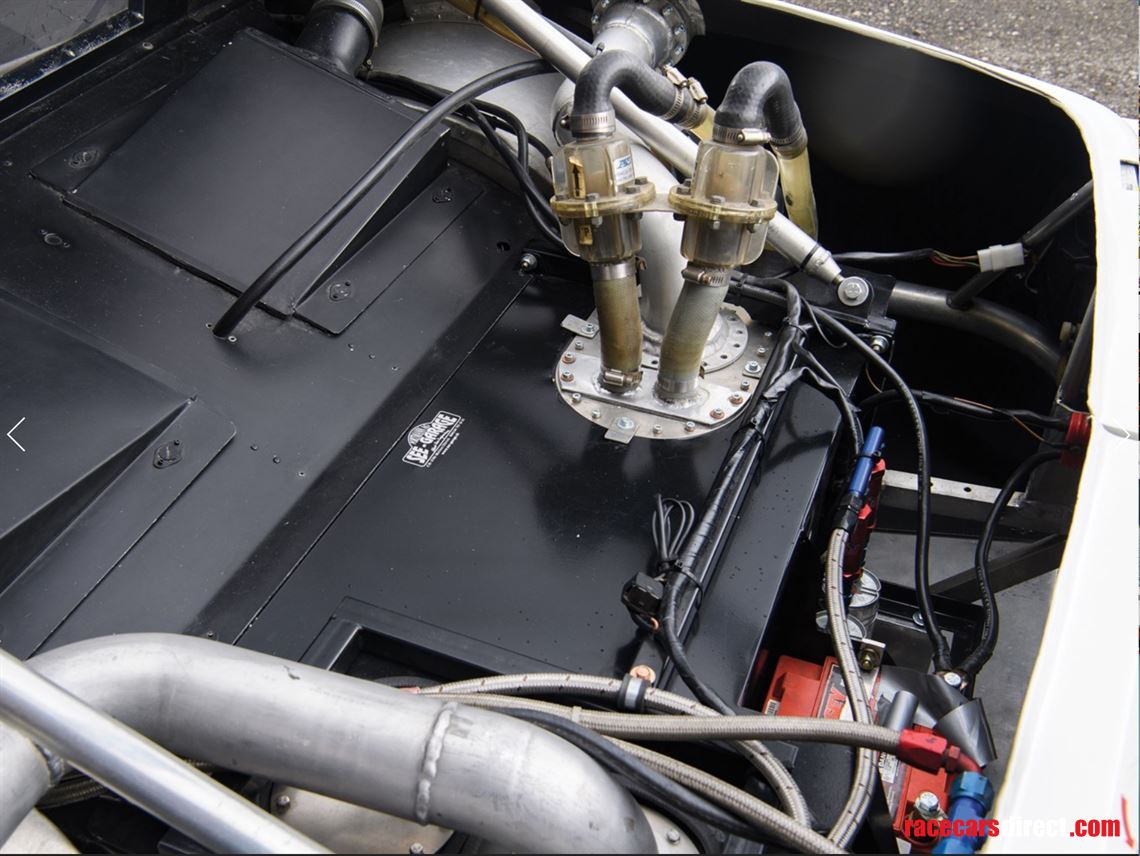 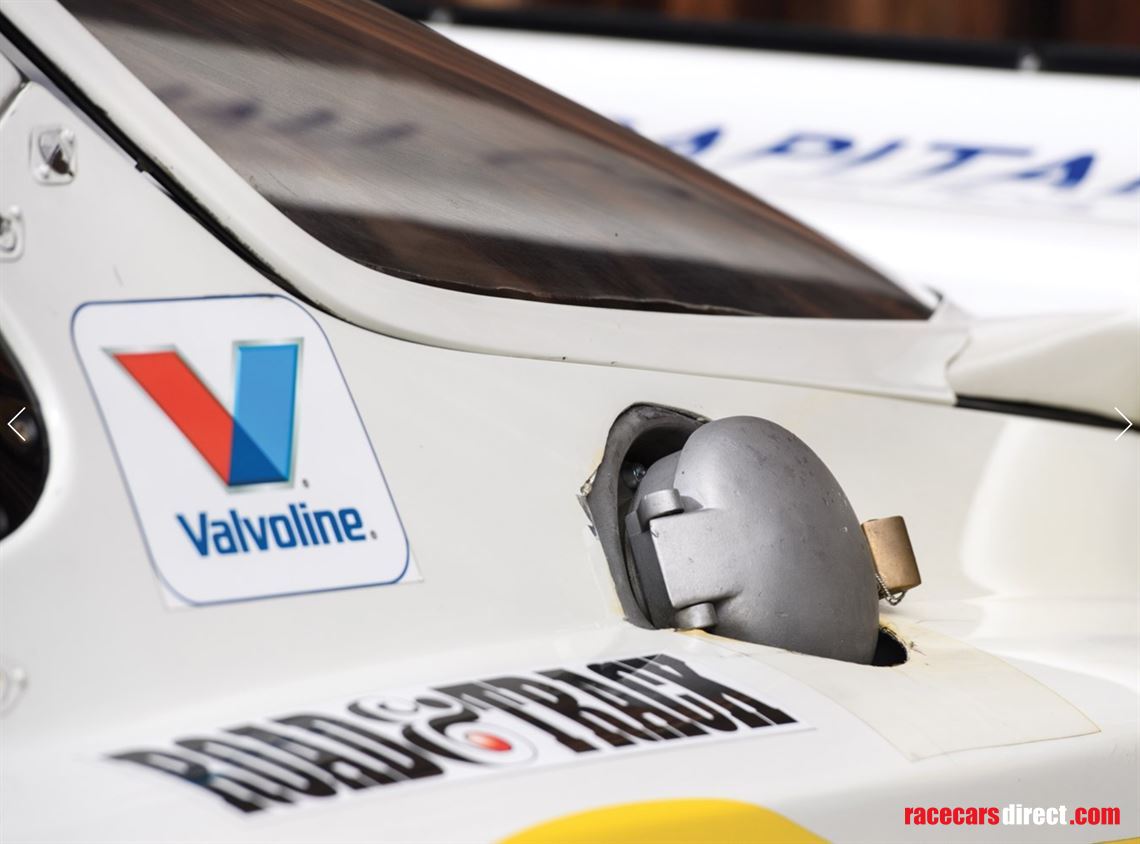 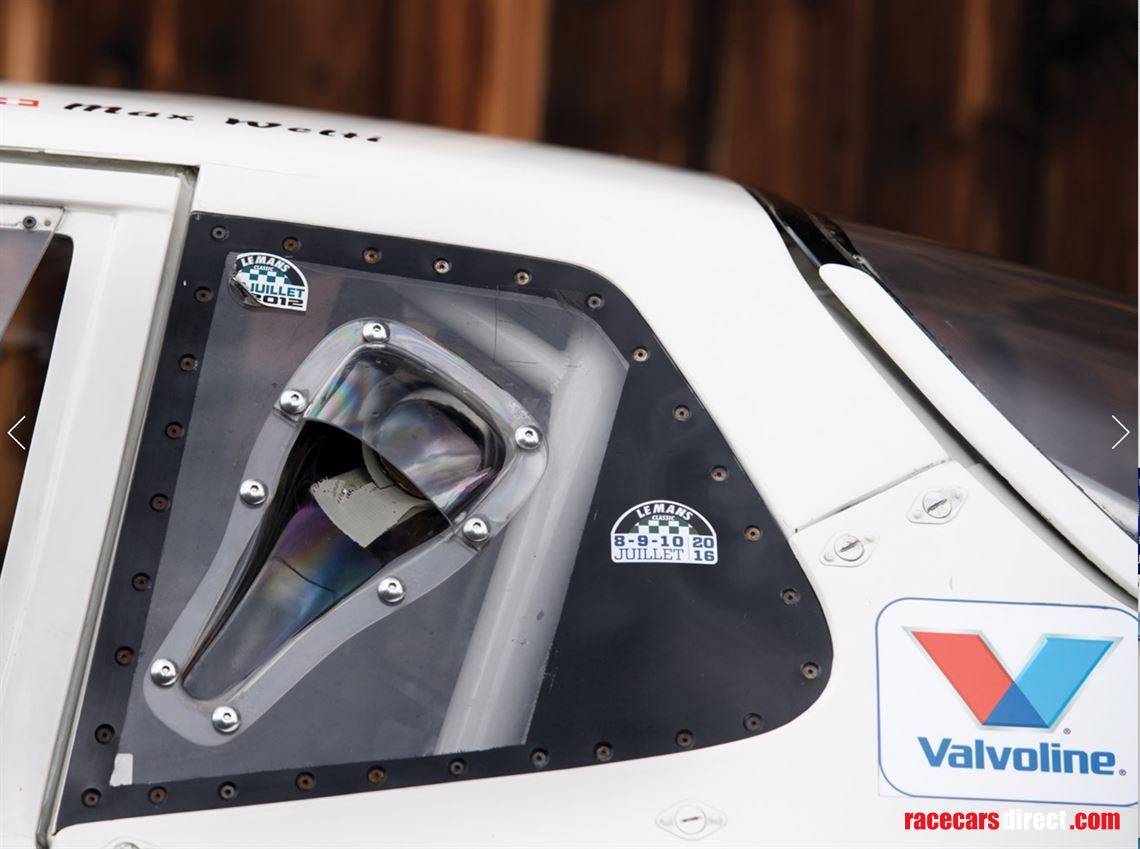 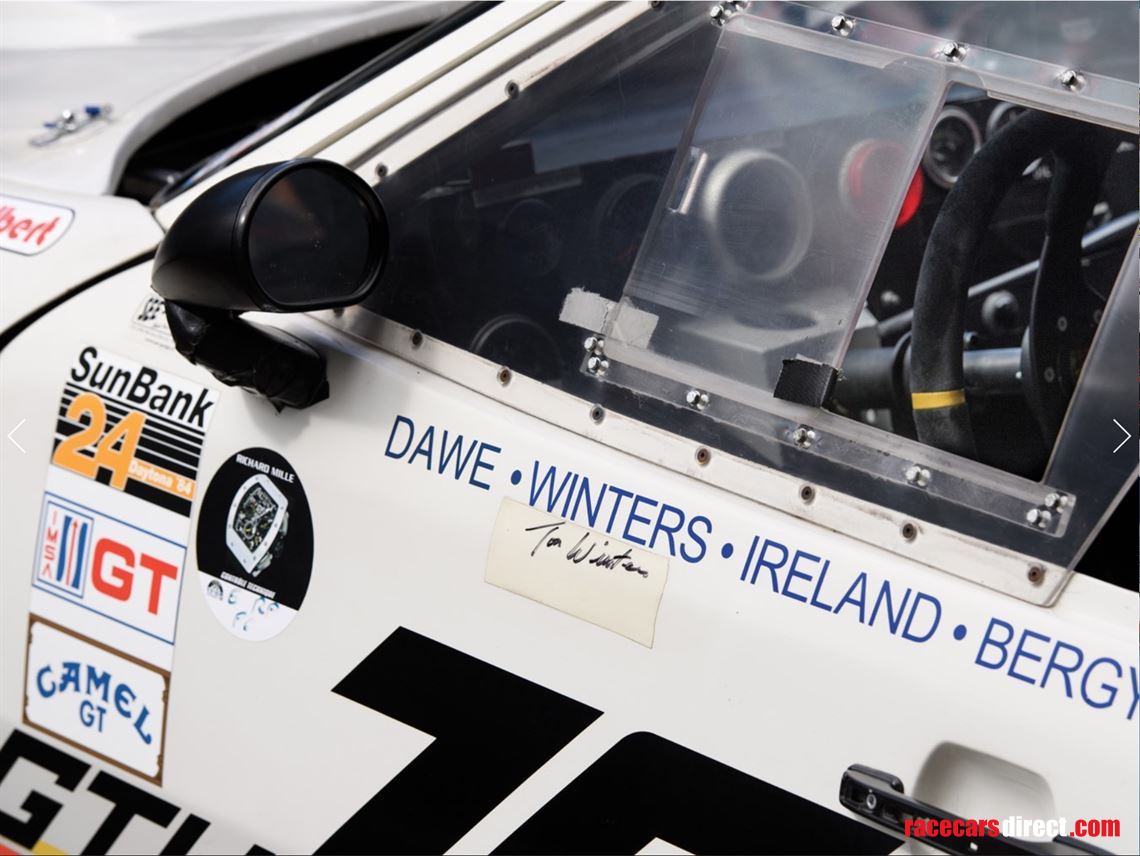 One of only 17 Porsche 924 GTRs constructed, was delivered new to American Tom Winters in 1981, for use in IMSA-sanctioned sports car events. Entered under the Whitehall Promotions banner, Winters and co-driver Bob Bergstrom started their association positively at the Lime Rock 200 miles with 14th overall (and 7th in class) against a quality field containing long-distance greats Brian Redman, Rolf Stommelen, Al Holbert and Klaus Ludwig. At the Mosport 6 hours, the pairing also managed a fine 13th overall (and 3rd in class) behind no less than seven Porsche 935s. After a crash and resulting fire at Road Atlanta in September of 1981, the car was re-tubbed and subsequently rebuilt to continue its competition career with Winters.
Unfortunately, the team’s luck did not improve for early 1982, with retirements in both the Daytona 24 Hours and Sebring 12 Hours but landed a commendable 3rd in class (and 12th overall) at the Charlotte 500 kilometres later in the season. Nineteen eighty-three saw engine problems at Daytona, but the car soldiered on at Sebring, finishing in 43rd place, some 83 laps behind the winning Porsche 934. Other positive showings over the balance of the season included 12th overall (6th in class) in the Lime Rock 3 Hours and an excellent 7th (and 2nd in class) in the Portland 3 Hours – the latter result being repeated at the season-closing Pocono 500 miles. For 1982–1983, IMSA rules were changed to allow a space-frame chassis, and in an effort to keep the car competitive, the car was rebuilt around a new space frame, yet all its original GTR mechanical components were transferred over to the new frame.
For 1984, an unlikely co-driver for the Daytona 24 Hours was 1961 U.S. Grand Prix winner, Innes Ireland. However, despite the services of the charismatic Scot, the car failed to finish after 236 laps. Further highlights included 5th in class in the Portland 3 Hours and 9th in class at Sears Point. Fighting on to remain competitive in 1985, the GTR failed to qualify for Daytona and retired at Sebring, despite the best efforts of Elliot Forbes-Robinson at the wheel.
In 1986, 720006 was sold to Dave Panaccione who entered the car at both Daytona and Sebring, although both outings ended in retirement once again. The following year, Don Chilsen acquired the car, with a retirement in the Watkins Glen 500 kilometres being the car’s final known contemporary outing. In 1989, the car was sold to collector Steve Wellings, who kept the 924 until 2011.
Over the winter of 2011–2012, the car was completely rebuilt by front-engined Porsche guru Reiner Telkamp of Ludwigsburg, which included returning the car to its original livery and addressing the cooling problems which were so prevalent in period by allowing both the block and cylinder heads their own dedicated cooling systems. The next owner in Swiss acquired the car in 2015 and has since used it extensively in events including the Le Mans Classic, Rolex Monterey Motorsport Reunion and the Oldtimer Grand Prix at the Nürburgring. During the course of 2016 and 2017, some CHF 80,000 was spent with marque specialists See-Garage Portmann AG. Furthermore, it is important to note that the 924 GTR entered 2018 Le Mans Classic and is accepted for 2021 again. After the Le Man Classic 2018 the last owner gave the car to Britec Motorsport to let a new powerful engine build. The results now is a reliable 450hp (500hp for short boost) engine.

With such a long racing career including consistent appearances at Sebring and Daytona, the most illustrious endurance racing events in the U.S. and a career in vintage racing that stretches through to today, the 924 GTR remains immaculately presented and impeccably prepared for any of the myriad historic events for which it is eligible.

1982 Kremer CK5-01 - Built by the Kremer Brothers. Driven by Rolf Sommelen, and Stefan Bellof in period.

Including multiple tie down points inside / out