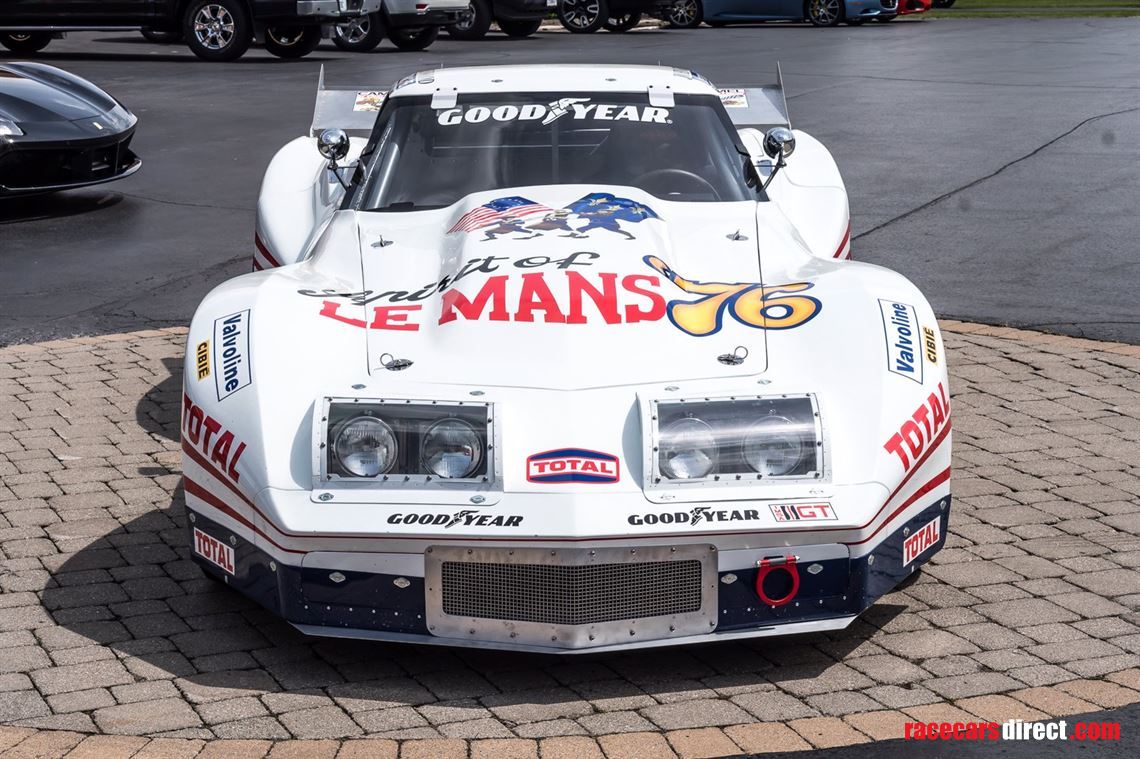 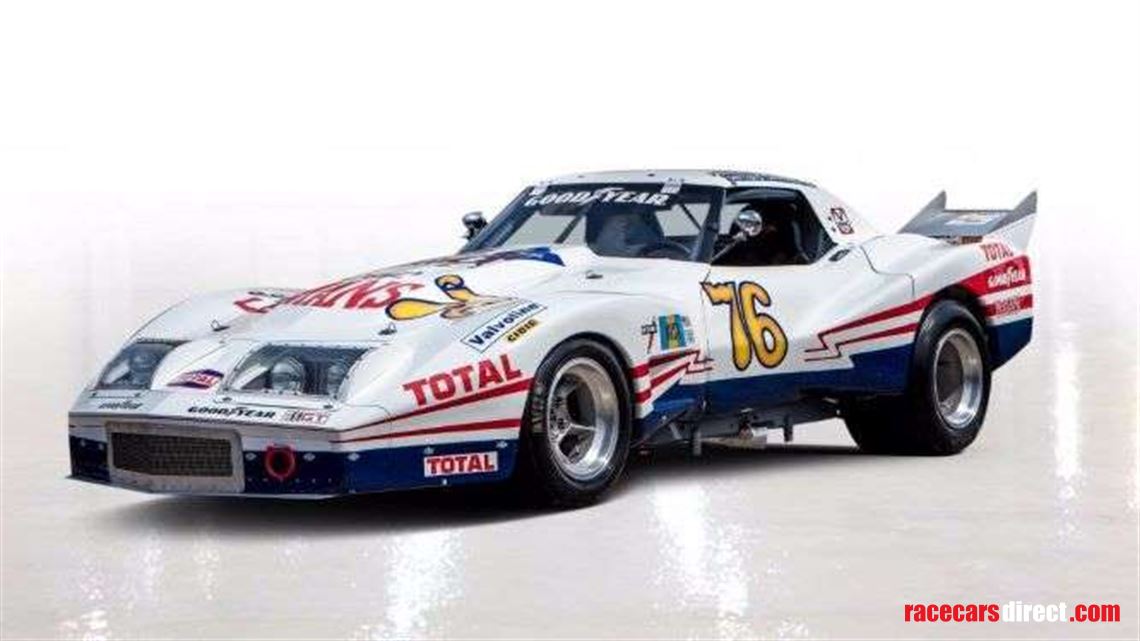 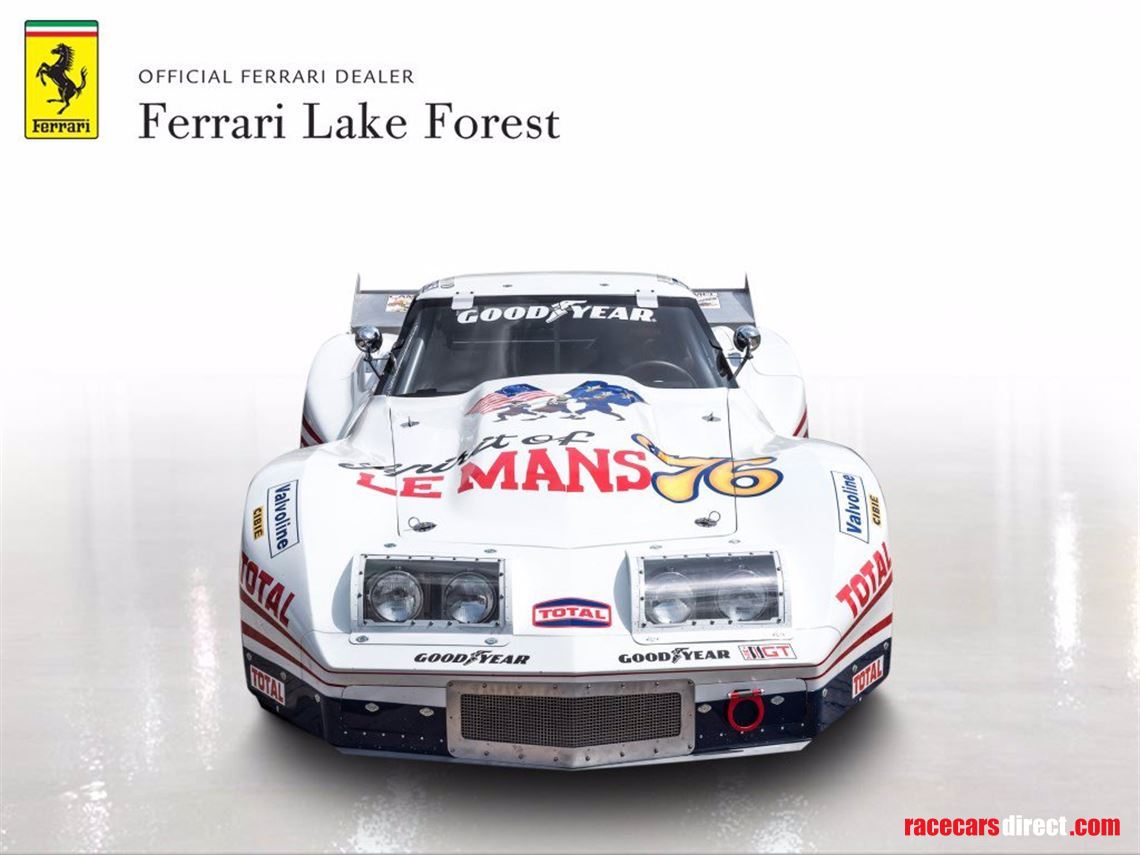 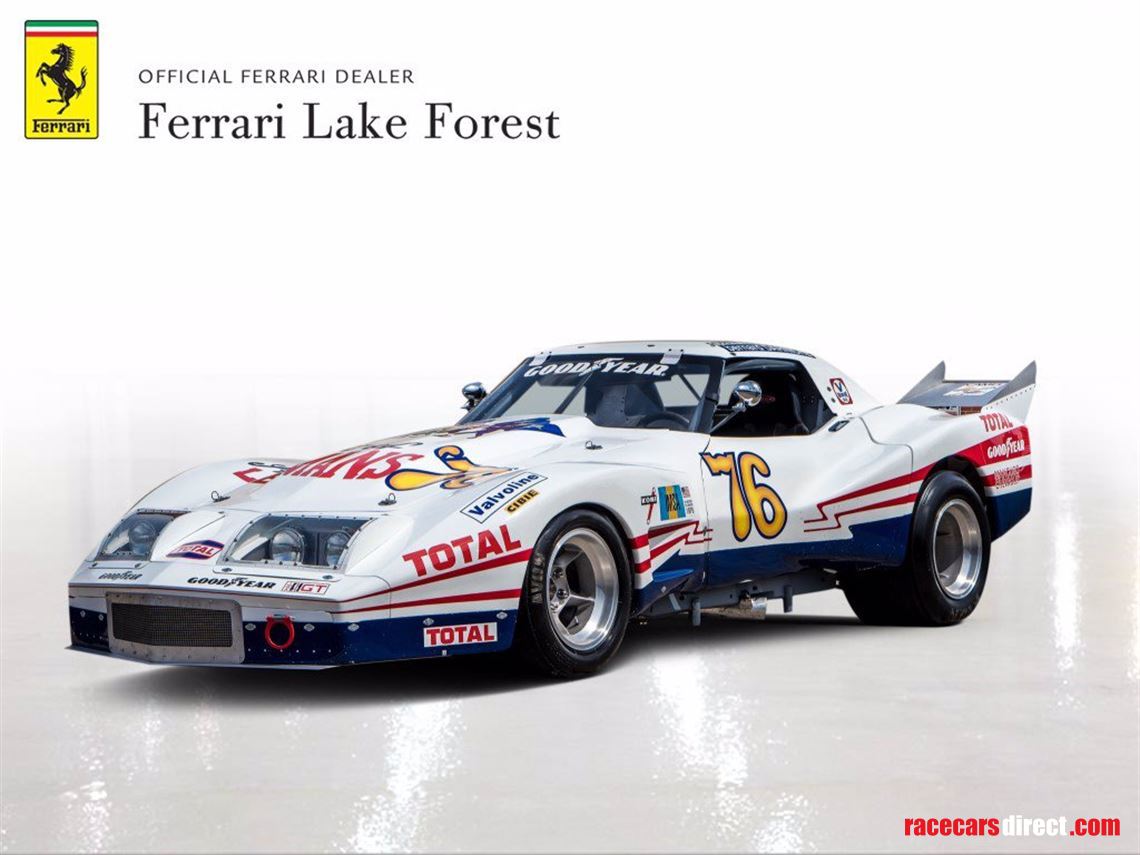 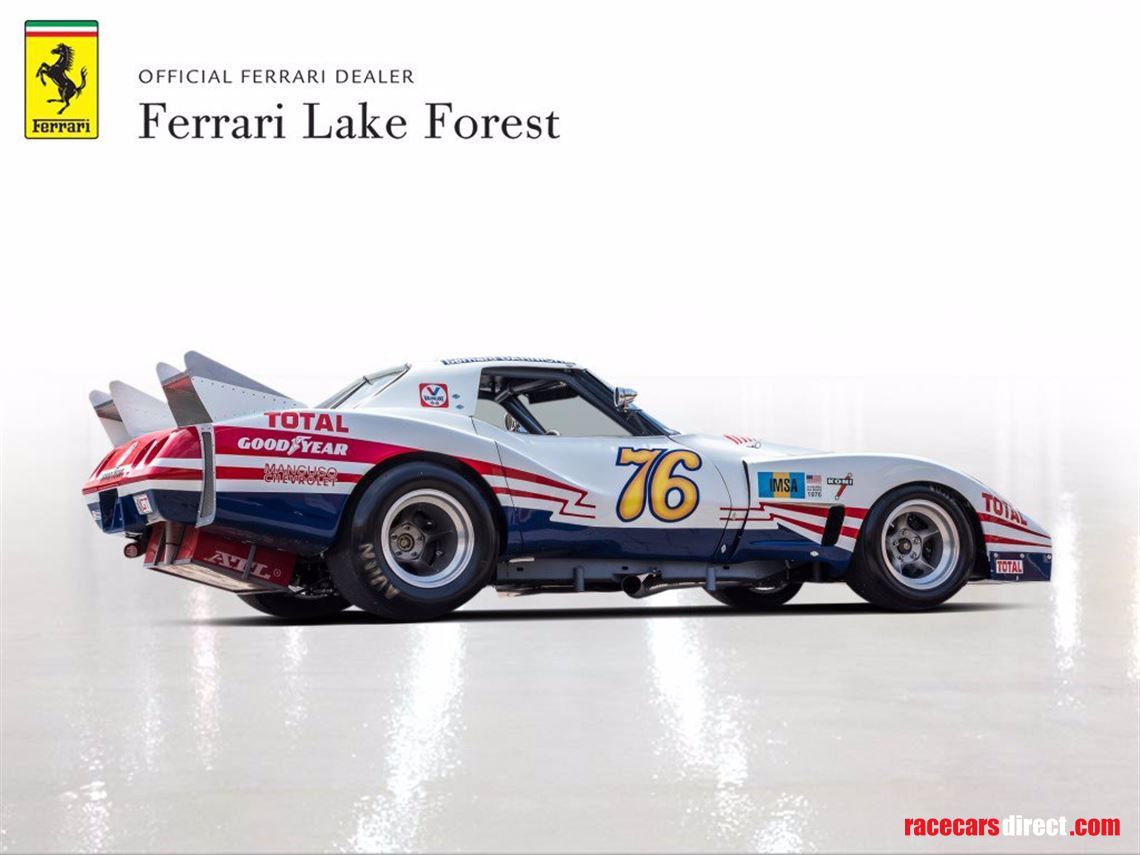 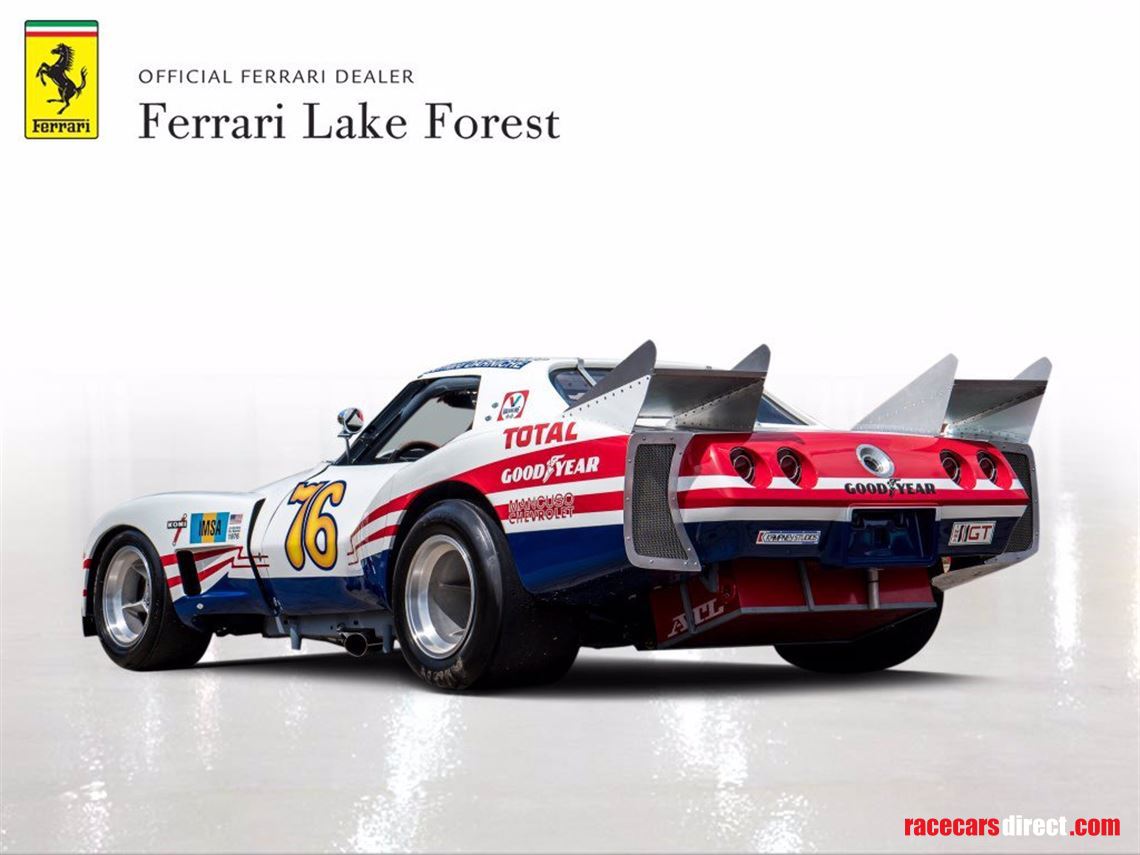 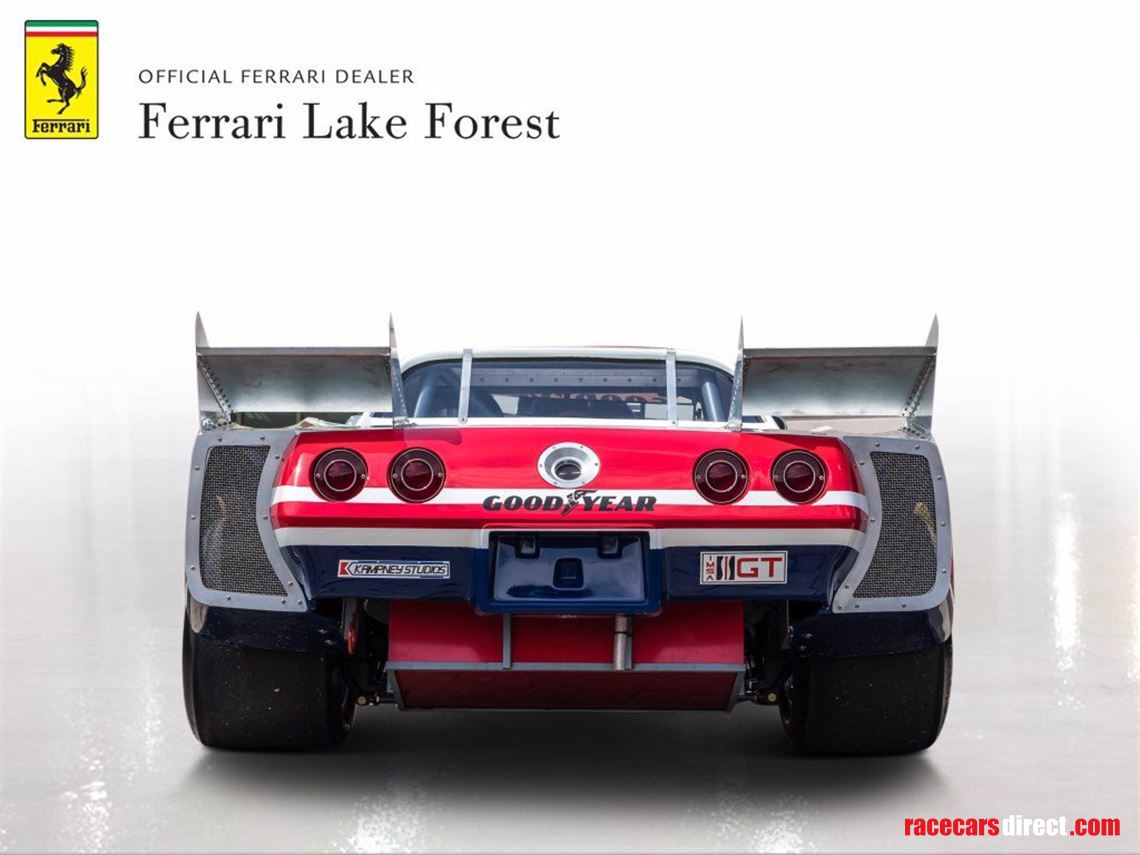 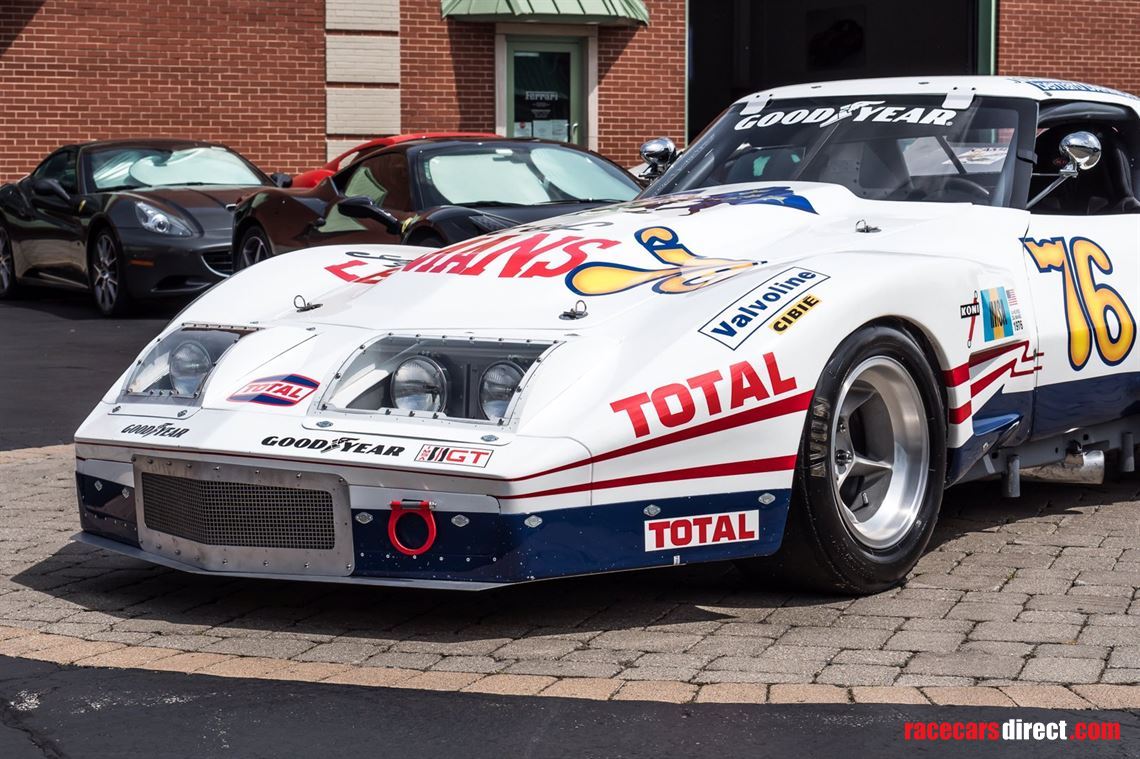 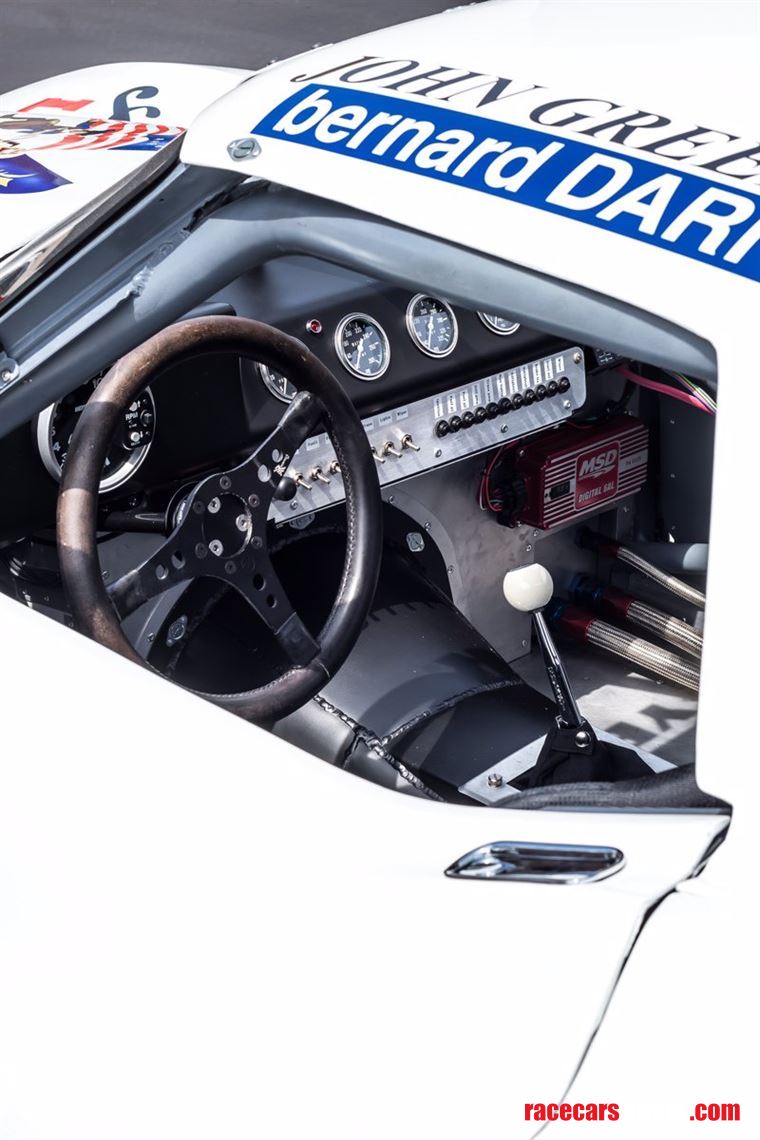 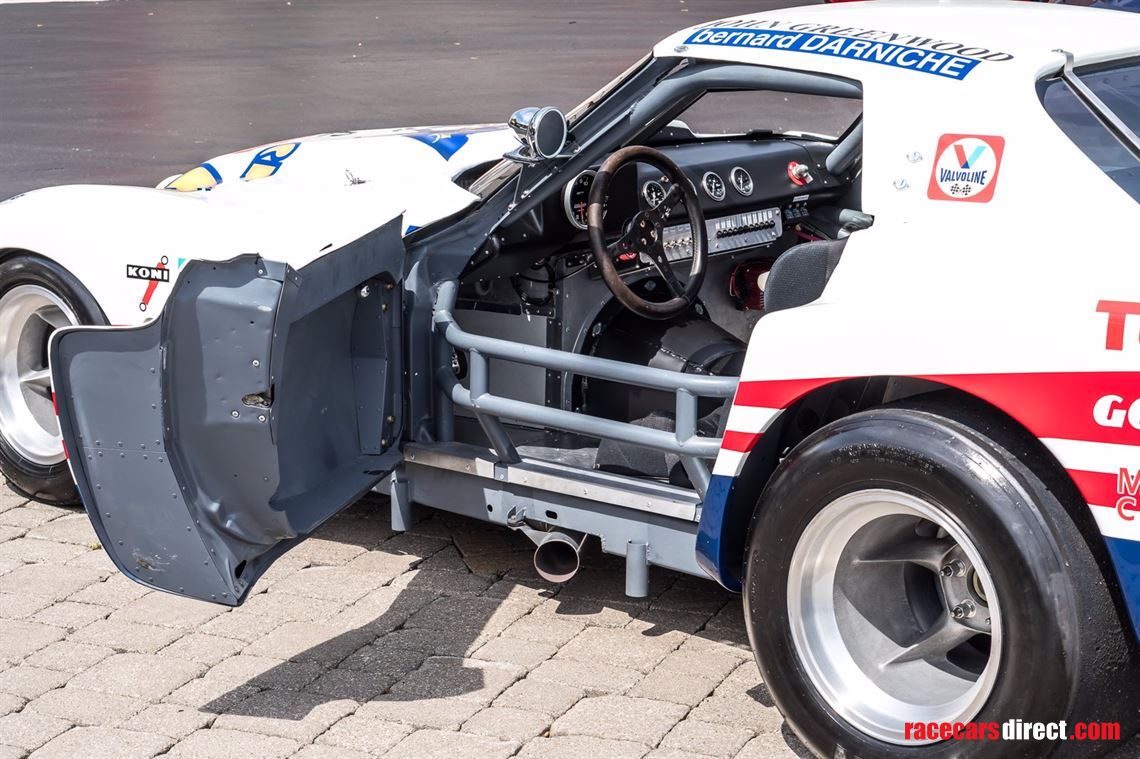 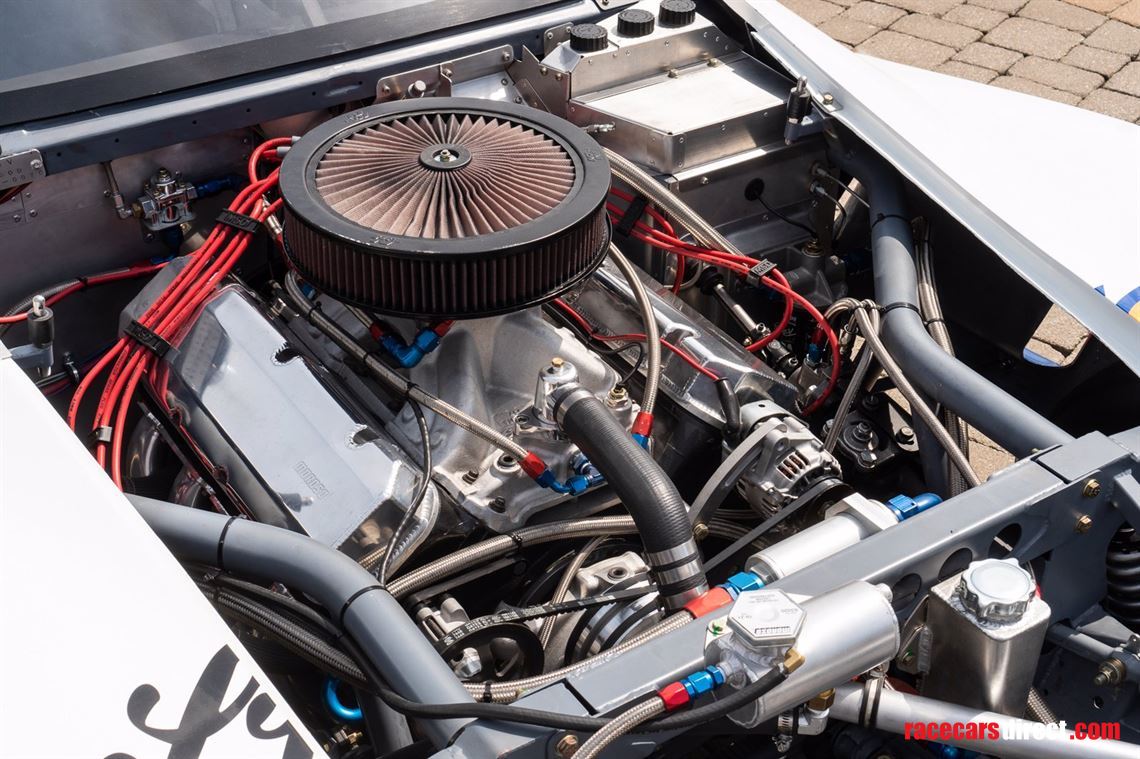 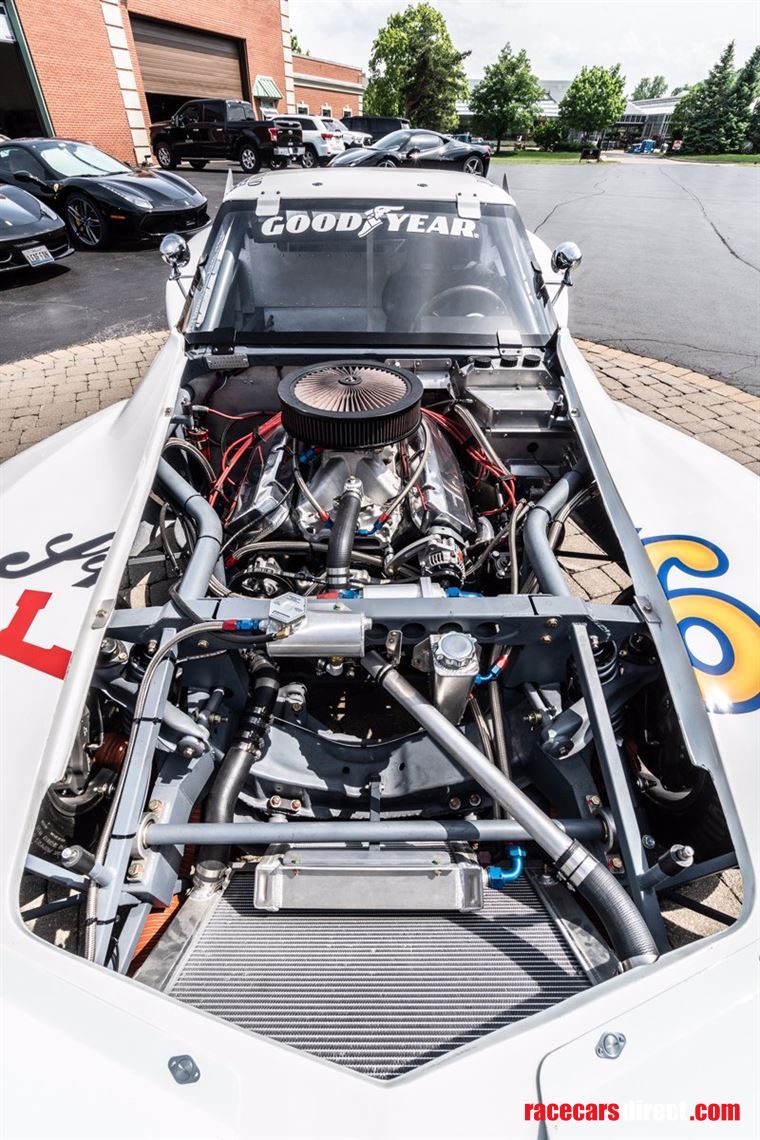 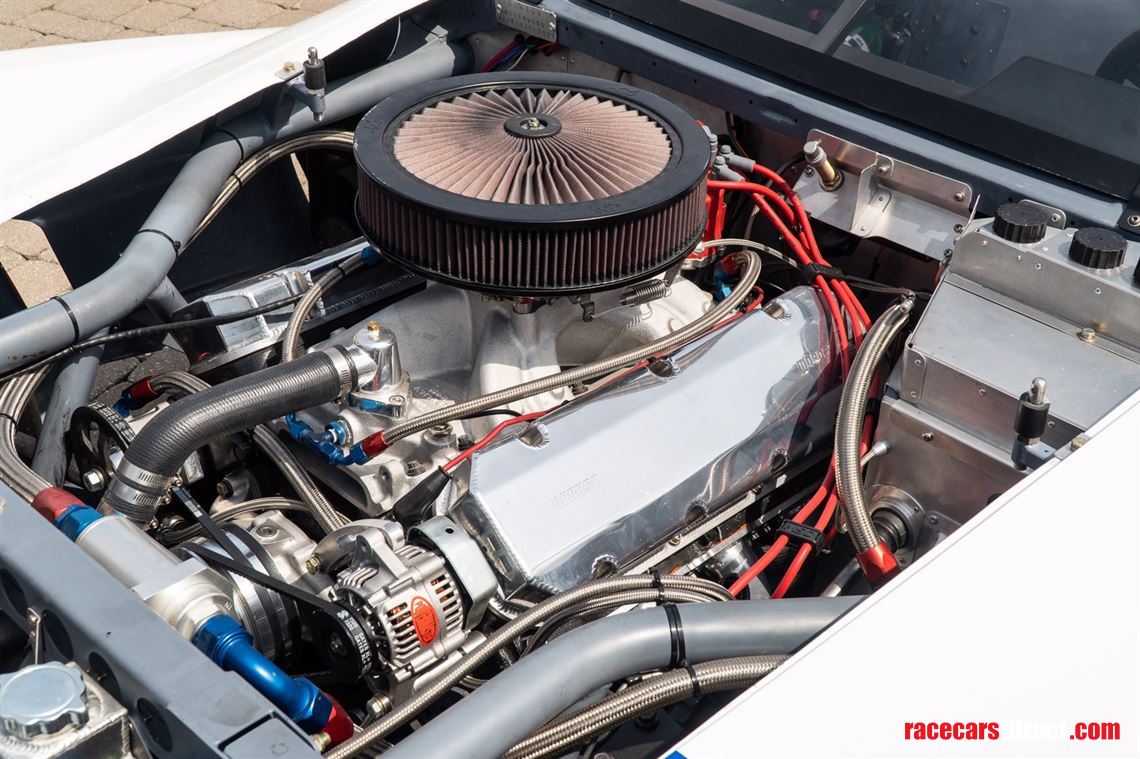 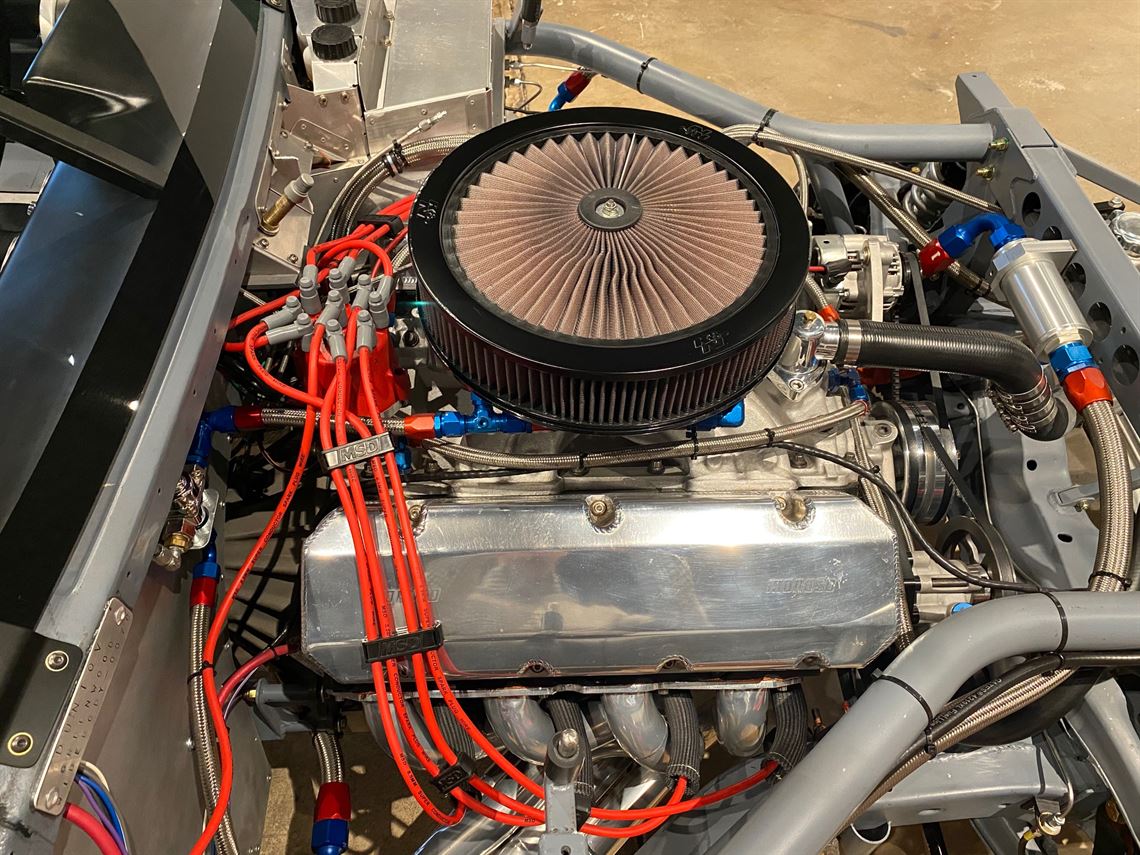 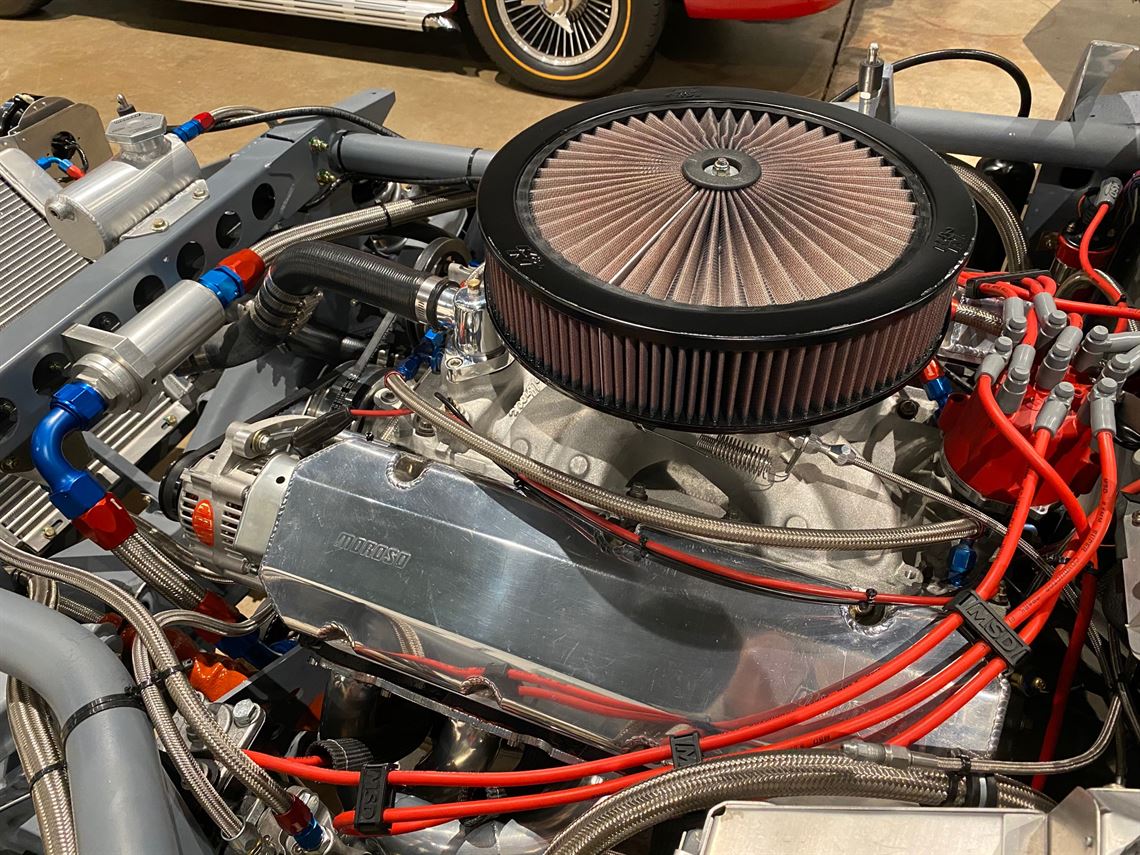 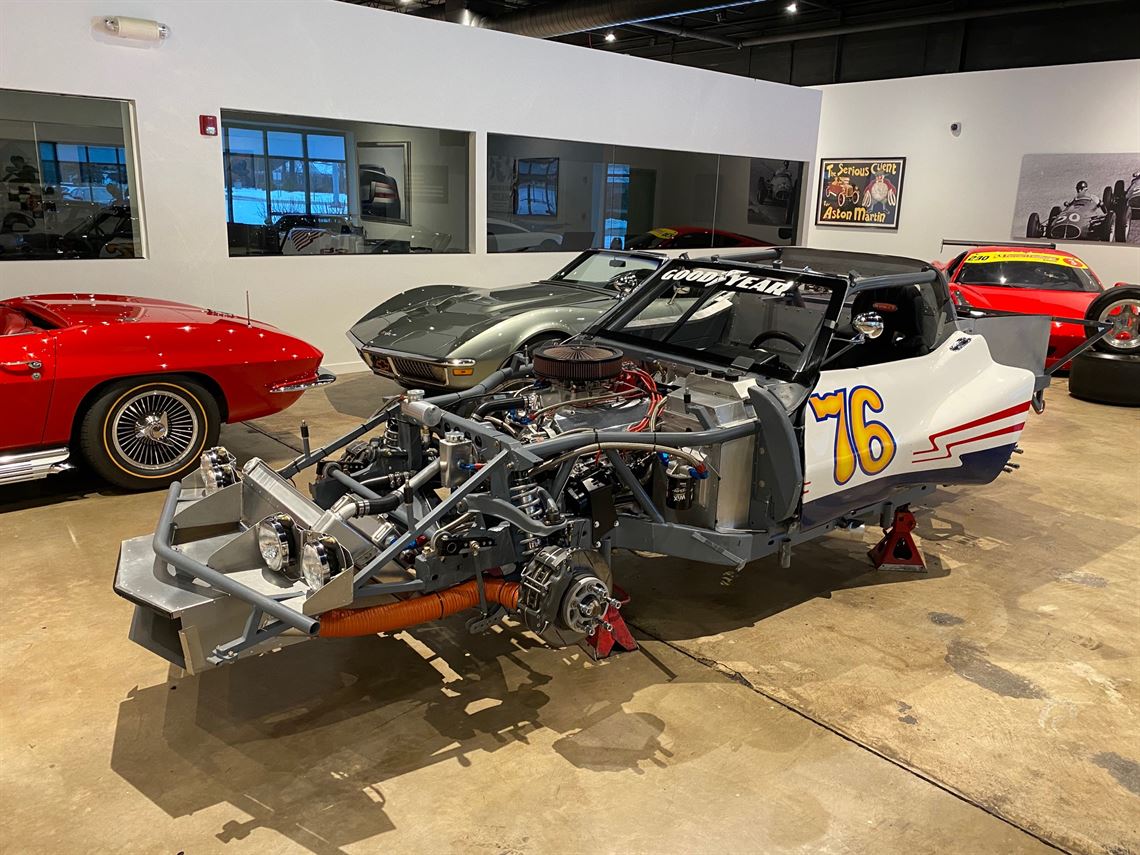 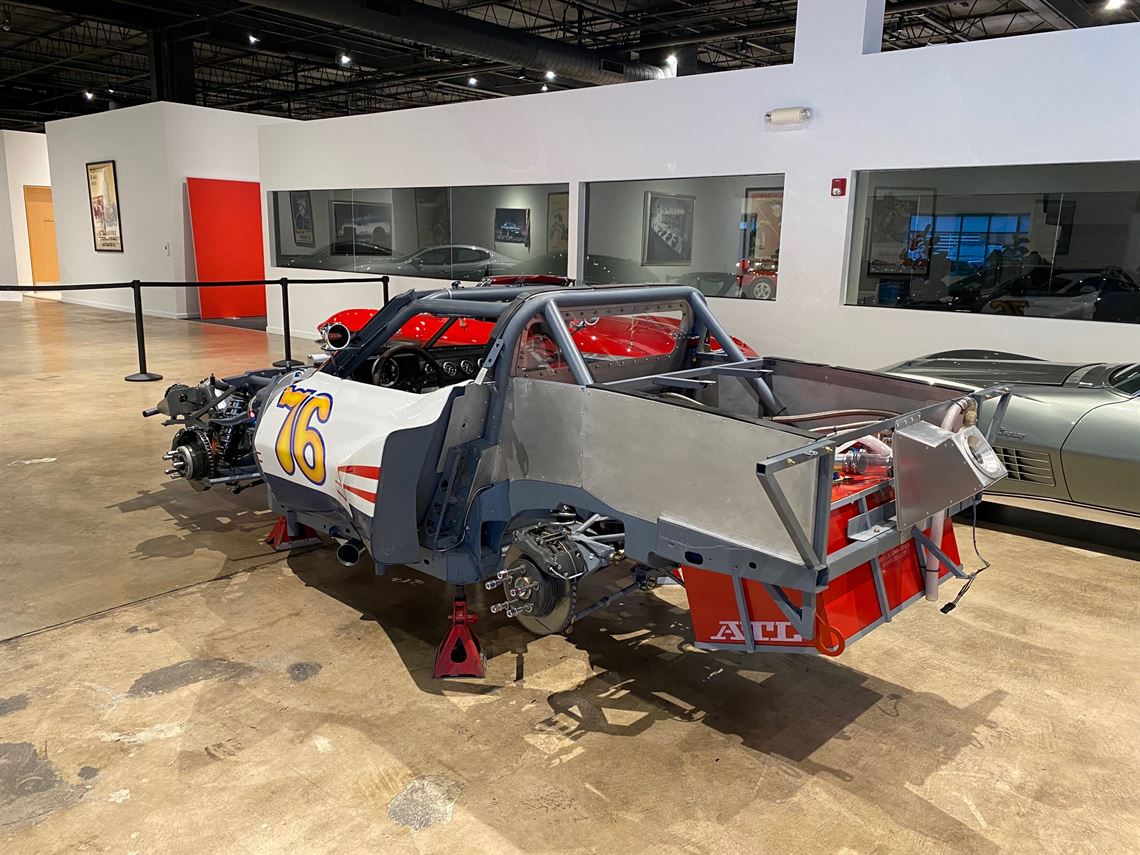 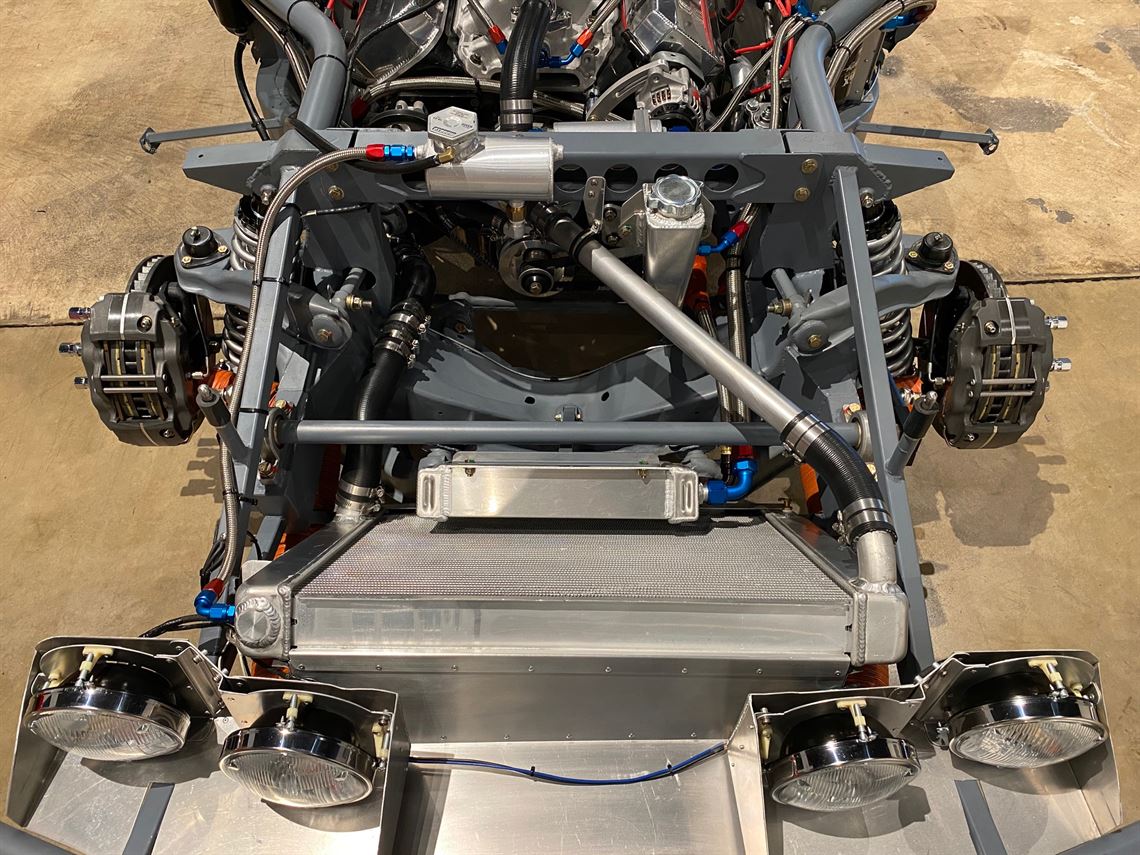 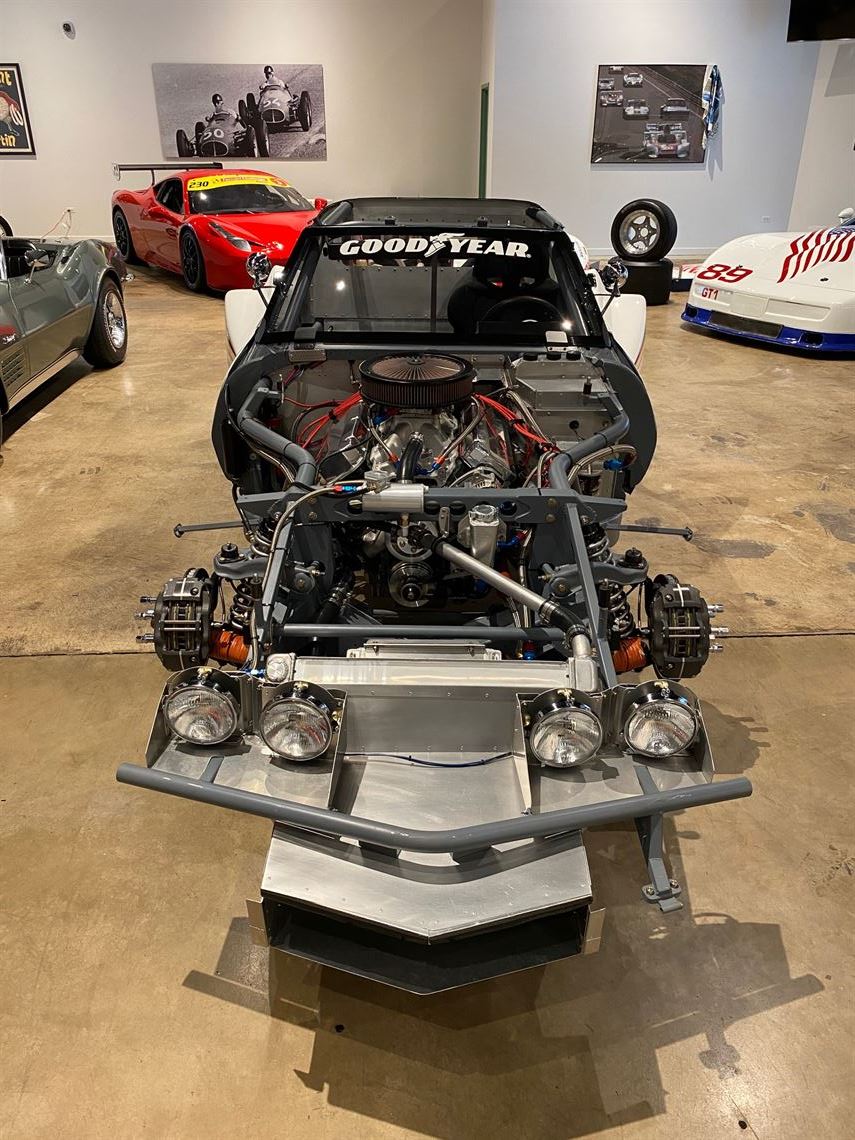 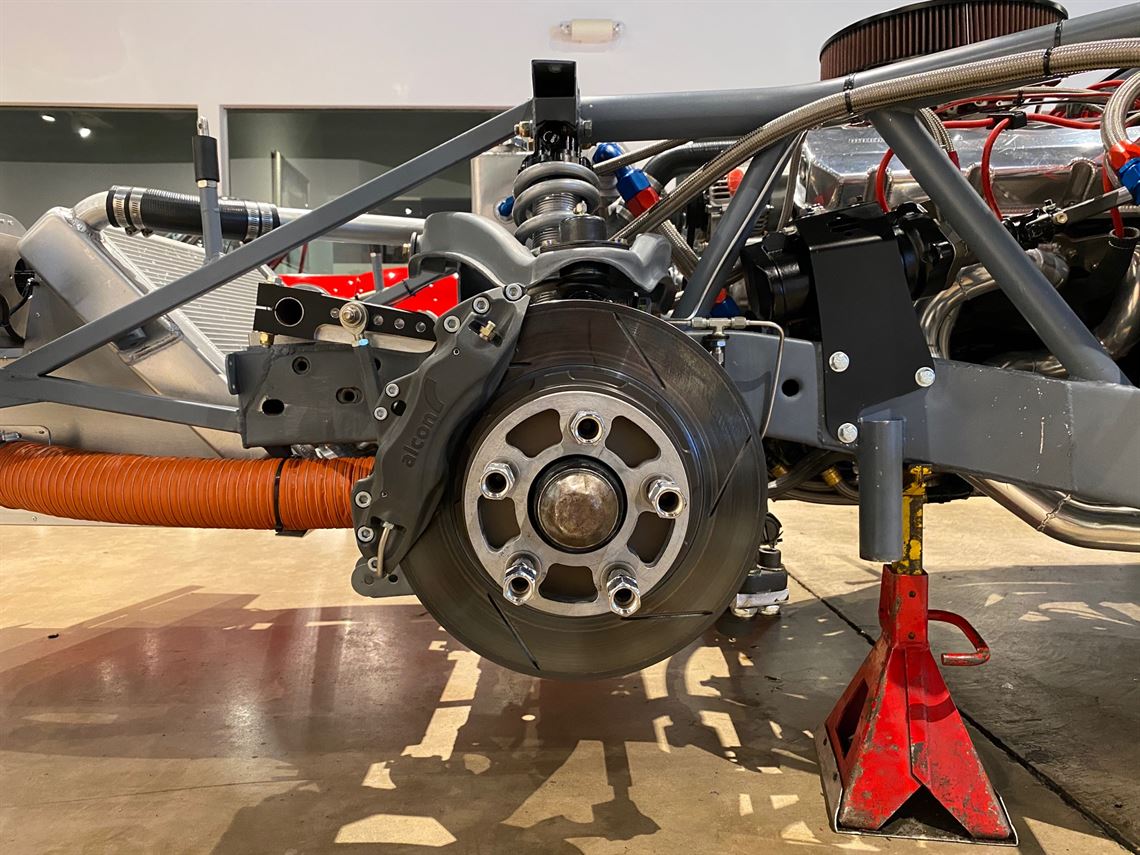 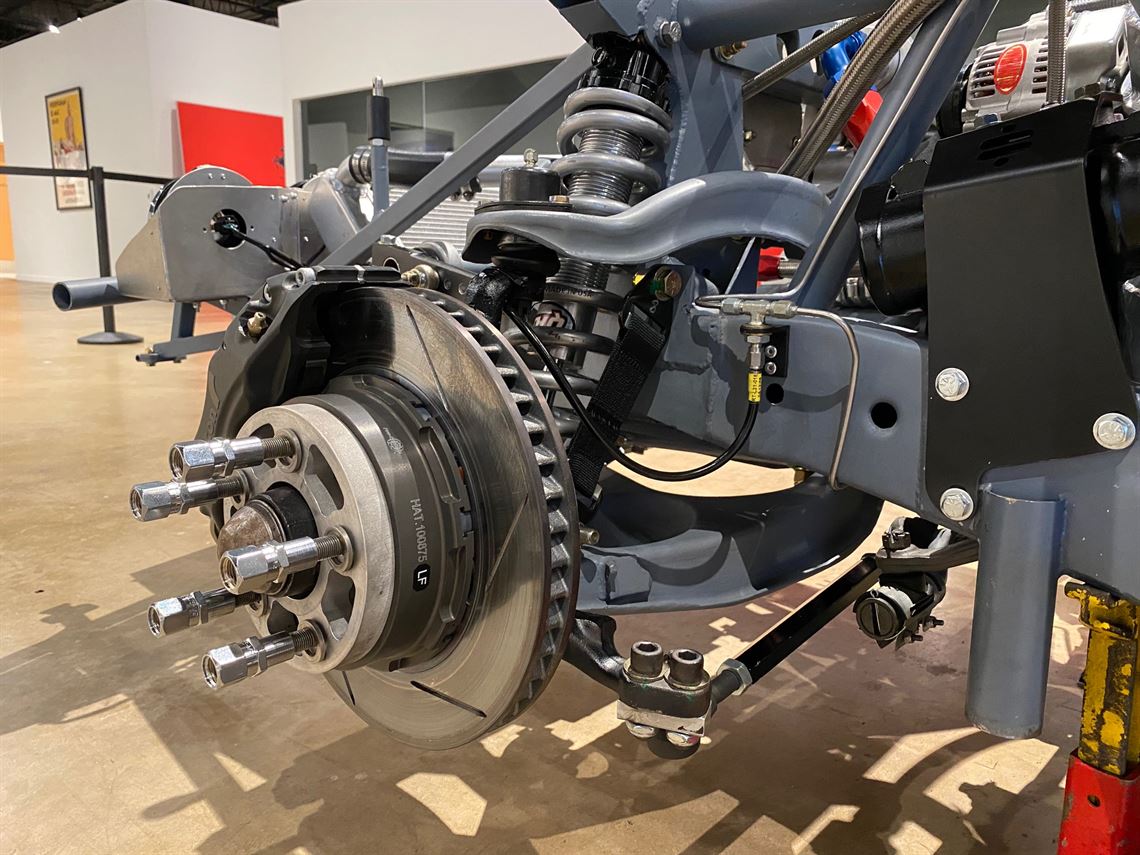 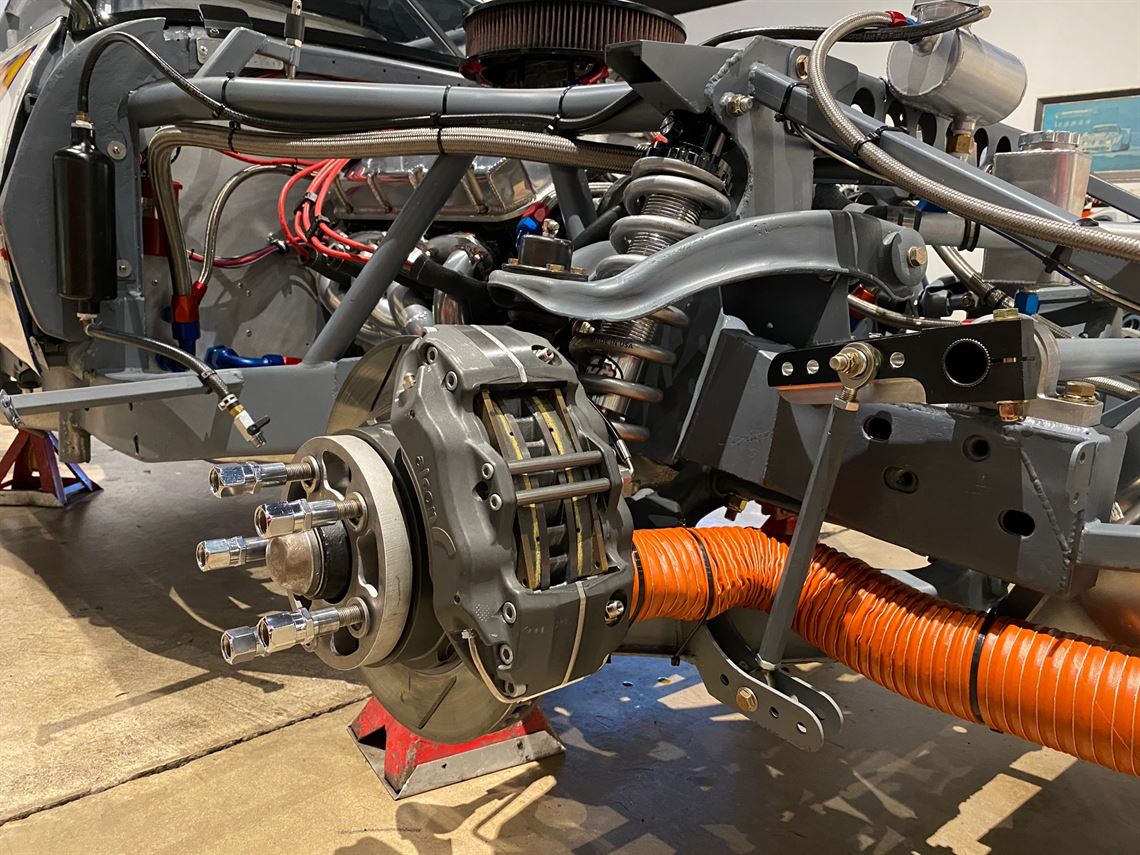 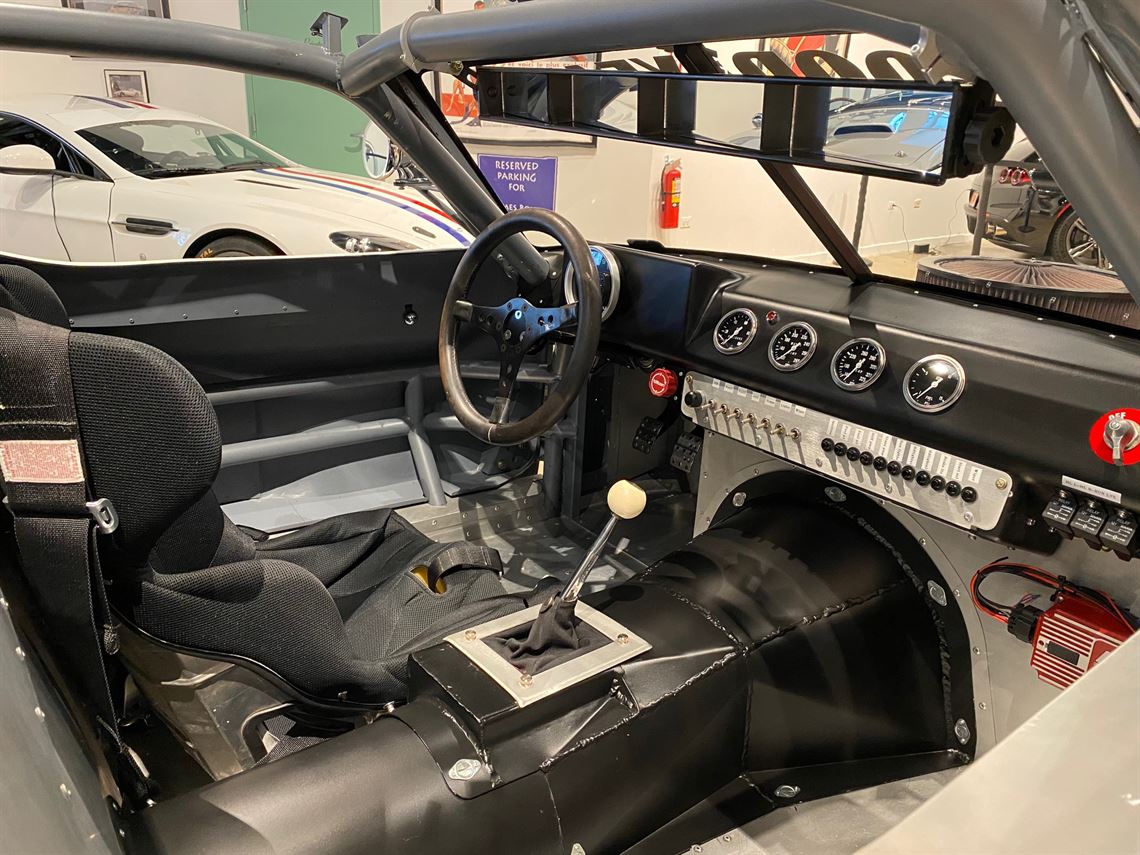 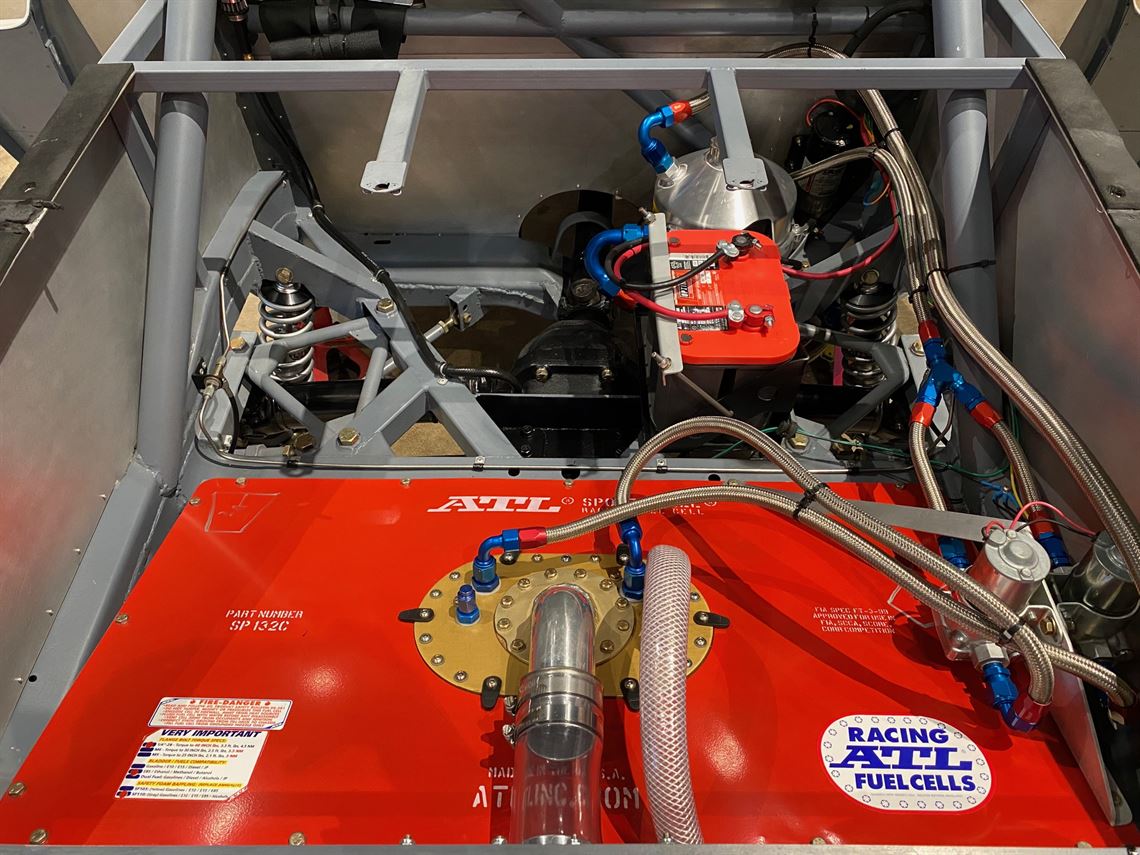 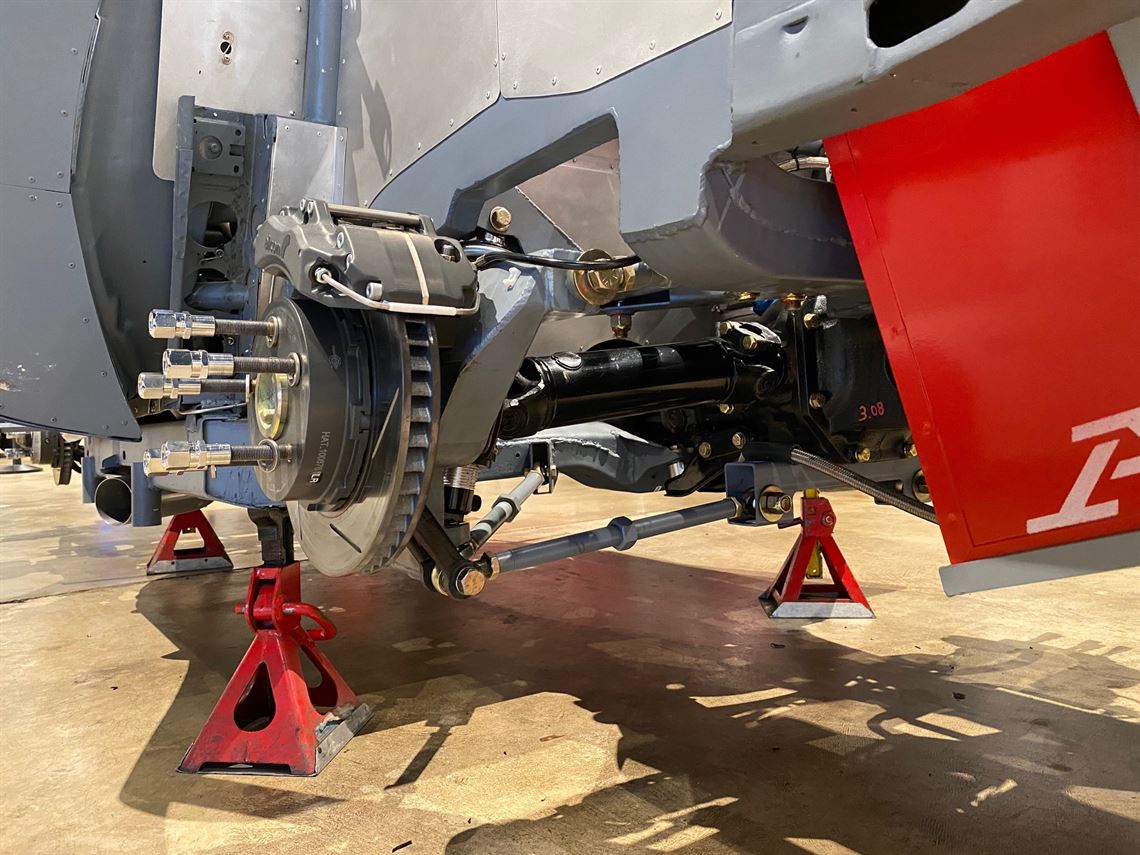 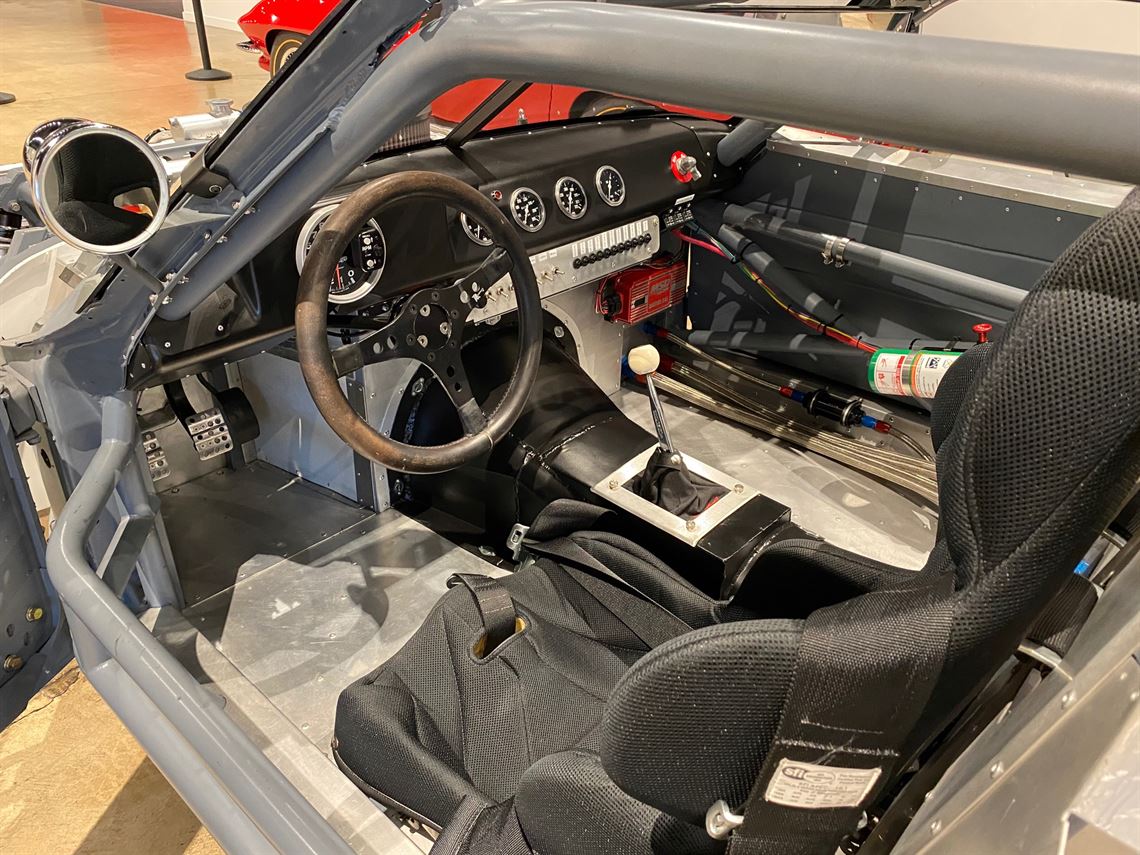 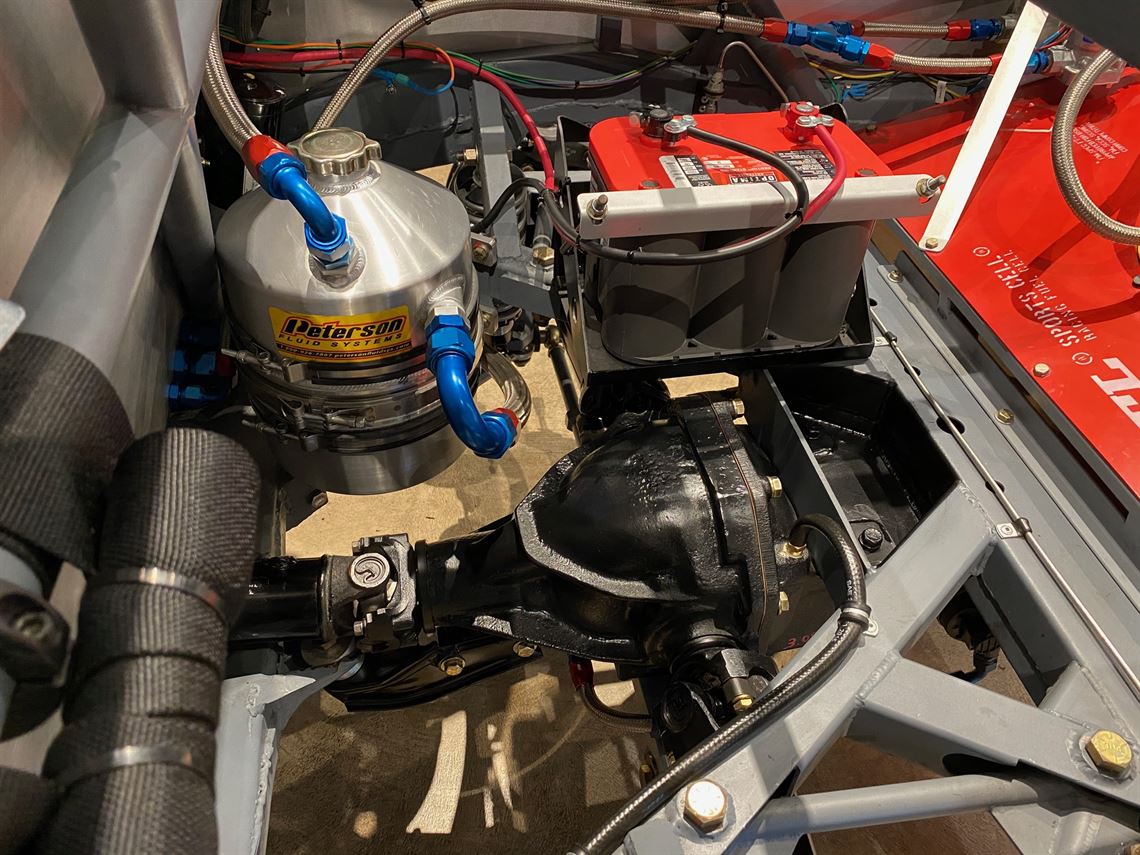 For sale is this freshly built 1976 “Spirit of Le Mans” tribute Greenwood Corvette #007. The original Greenwood Spirit of Le Mans Corvette was a groundbreaking widebody Corvette unlike anything the racing world had ever seen. The new car boasted a radical all new widebody that bore little resemblance to the stock C3 Corvette, or the original first-generation Randy Wittine designed Greenwood widebody. Everything was designed and built to maximize downforce and to allow for wider wheels and tires. Thus, producing one of the most unique and iconic Corvette race cars of all time. Combined with an all-aluminum 700hp big-block Kinsler fuel injected Chevrolet V8 under the hood it made for a highly competitive race car. The Spirt of 76 Le Mans Greenwood Corvette qualified for the 1976 edition of the twice around the clock French classic in 8th with a time of 3:54.6 around Circuit de la Sarthe, with speeds reported up to 210+ mph down the Mulsanne Straight.

This tribute Greenwood Corvette was commissioned by Rick Mancuso (the original owner/driver of Greenwood #007) through one of the top vintage Corvette race shops in the country, Duntov Motors. The car was painstakingly fabricated and built over a two-year period. Rick wanted to try to stay as true to the original car’s specs as possible while also incorporating upgraded safety measures. The car’s Greenwood widebody was made from the original body molds as was the famous and unique Greenwood dash. New Sterling Mags were commissioned, at great expense, from the original molds with upgraded material to provide a usable racing wheel. Powering this Corvette is a L-88 427 (that produced 650HP on the chassis dyno and built for endurance rather than brute force) power is transferred through a fresh Autogear M22 transmission, Hurst shifter, and 3.08 Daytona gear. When chassis #007 was originally built it used a basic GM-style frame with coil-over rear suspension as well as coil overs in the front. This car utilizes the same suspension design as the original car, but uses modern shocks.

As mentioned, the body was made from the original molds and features the period correct red, white, and blue “Spirit of Le Mans” paint scheme and sponsor stickers. The correct spoilers were also constructed and protrude off the back helping keep the rear planted and stable at high speed. A new set of correct endurance headlight bucket and covers were sourced for night racing.

After assembly the Corvette went to Riley Technologies for a full inspection and track set up. Bill Riley took the car to Daytona where Trans-Am Champion Tony Ave tested and set the Corvette up for future races. Mancuso commissioned the car to primarily be raced in the HSR’s Classic Daytona 24 and Sebring 12 Hour races but it is eligible for any vintage racing organization in the world and is 100% race ready. This amazing Corvette would look at home heading down the back straight at Daytona just as much as it would heading out onto the Mulsanne straight at Le Mans. This Corvette was meant to be raced! Contact for more information and pictures.

Car is located in the Chicago, IL area USA