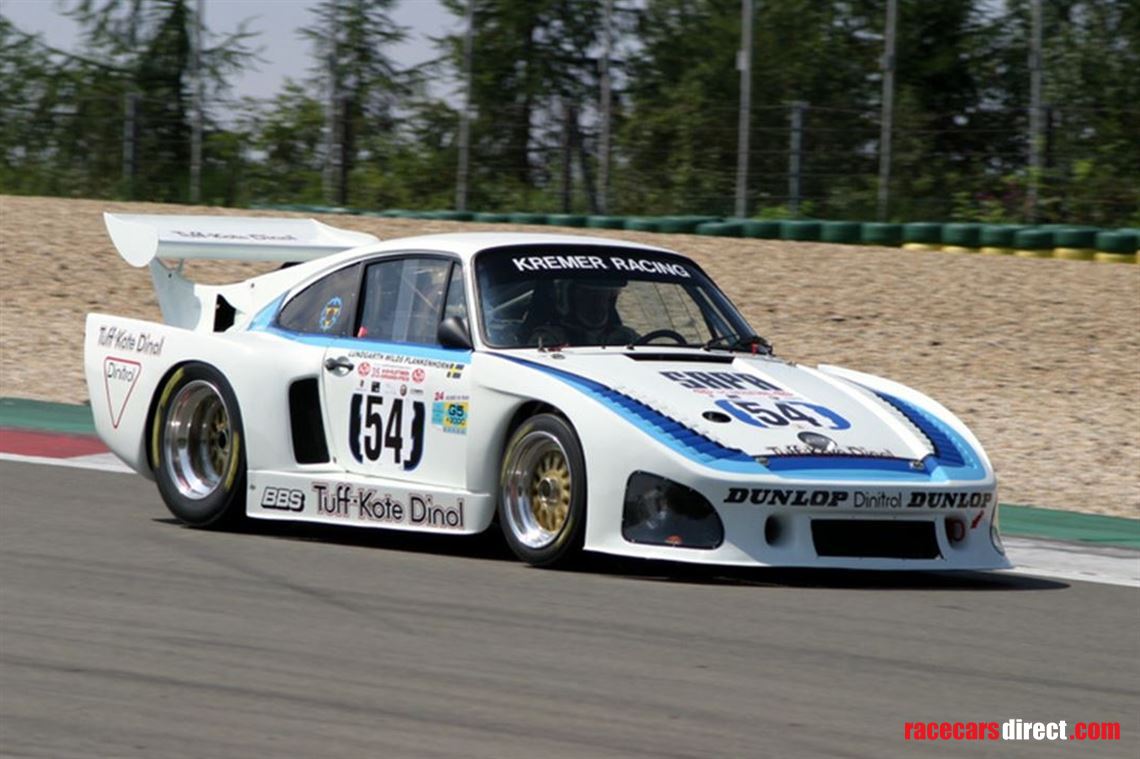 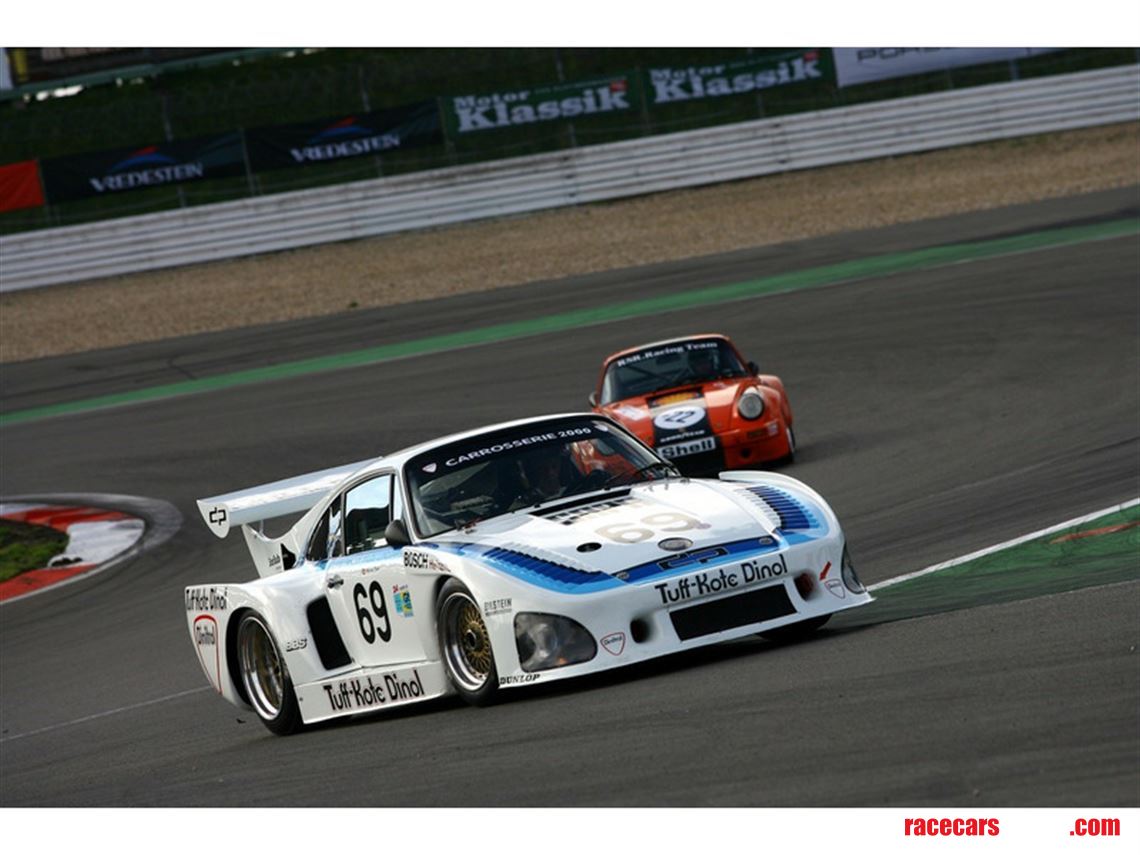 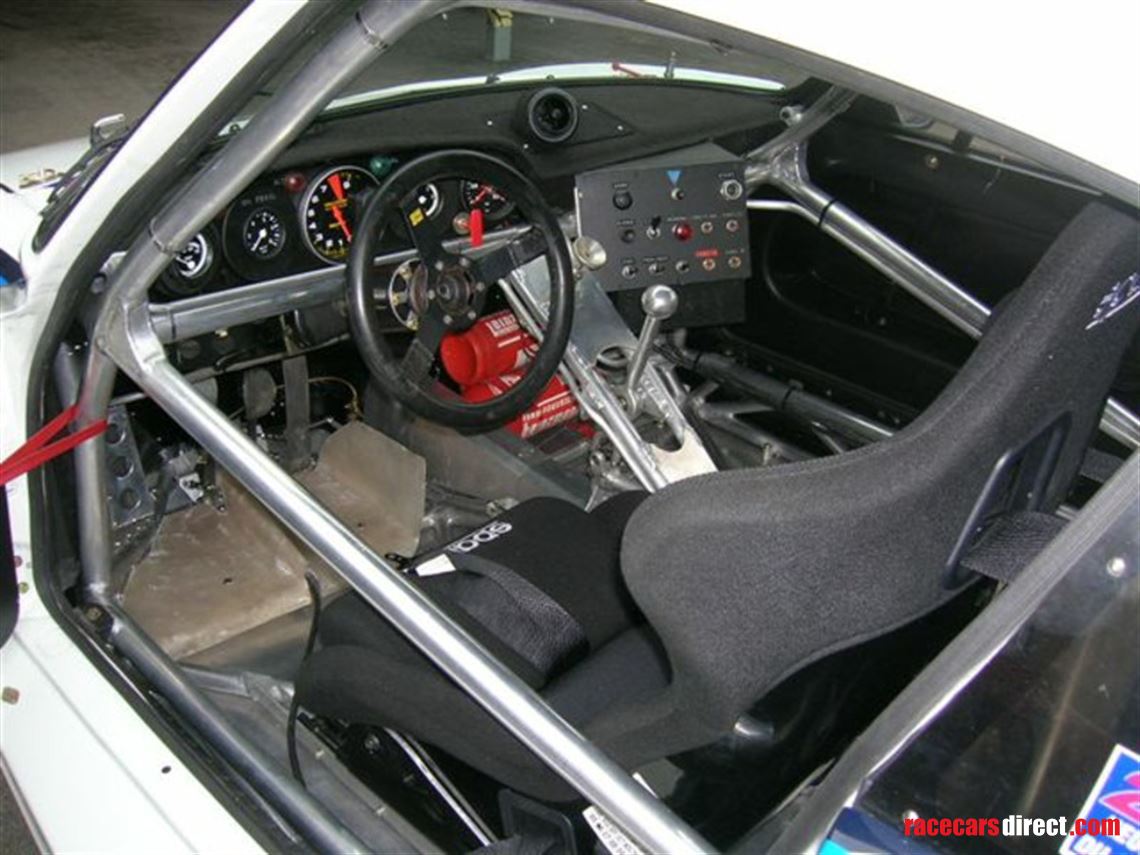 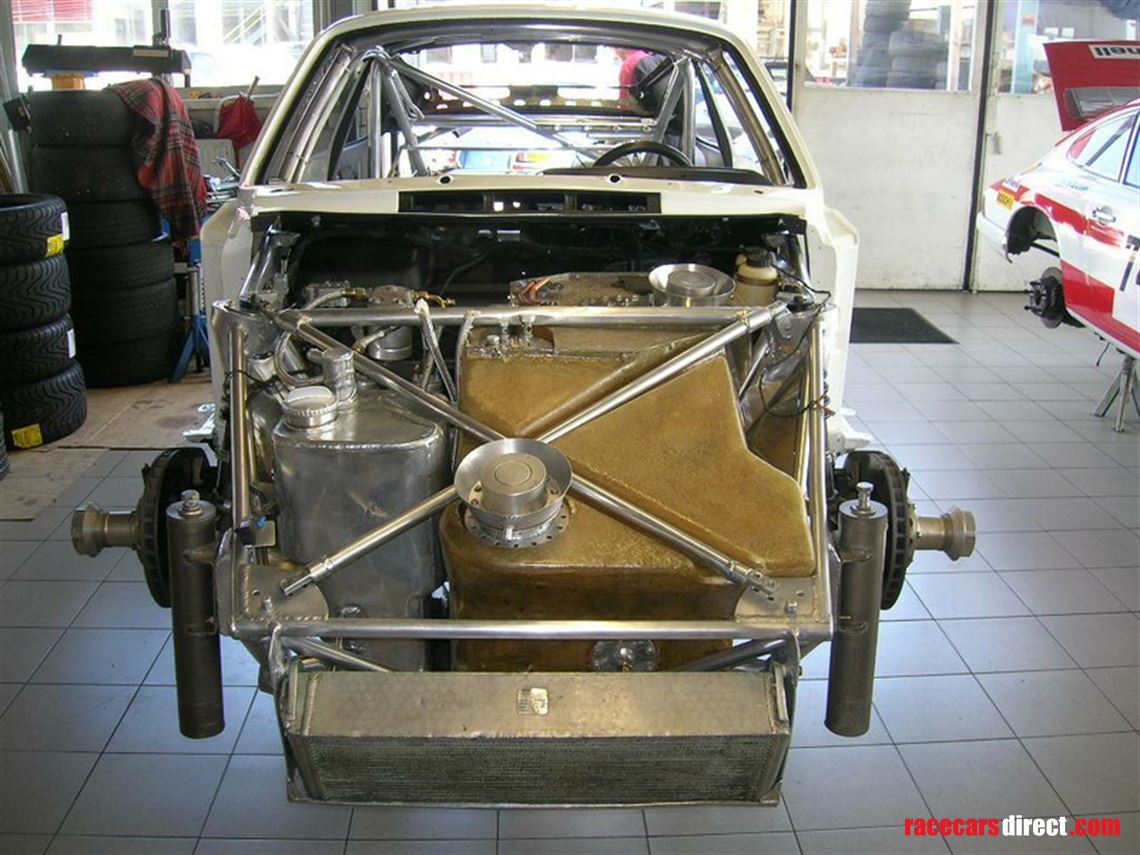 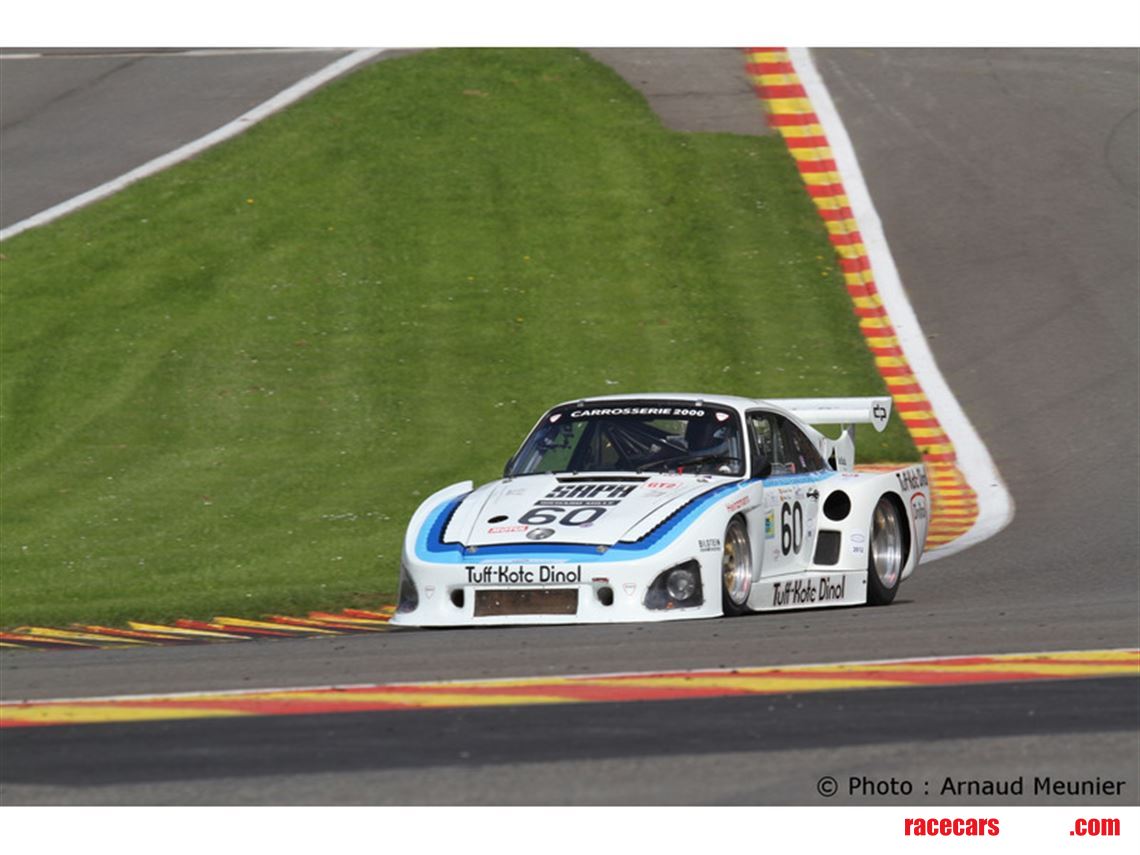 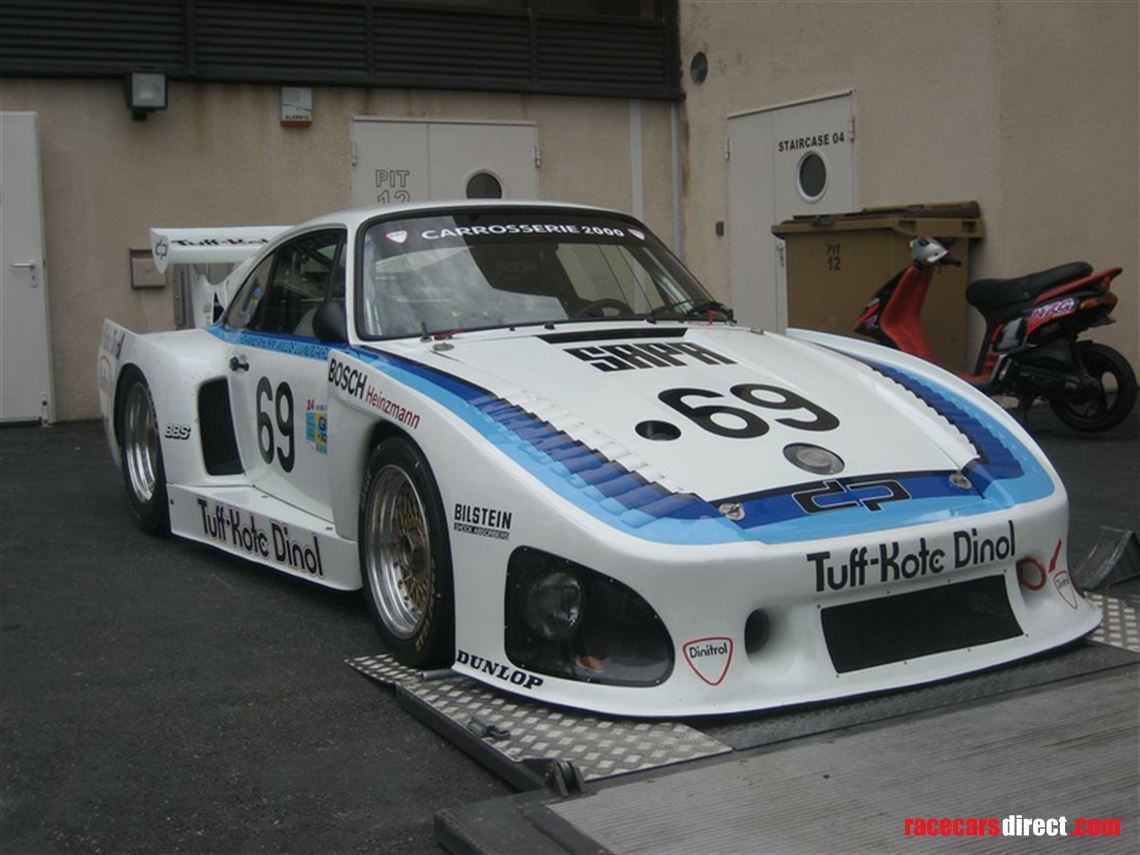 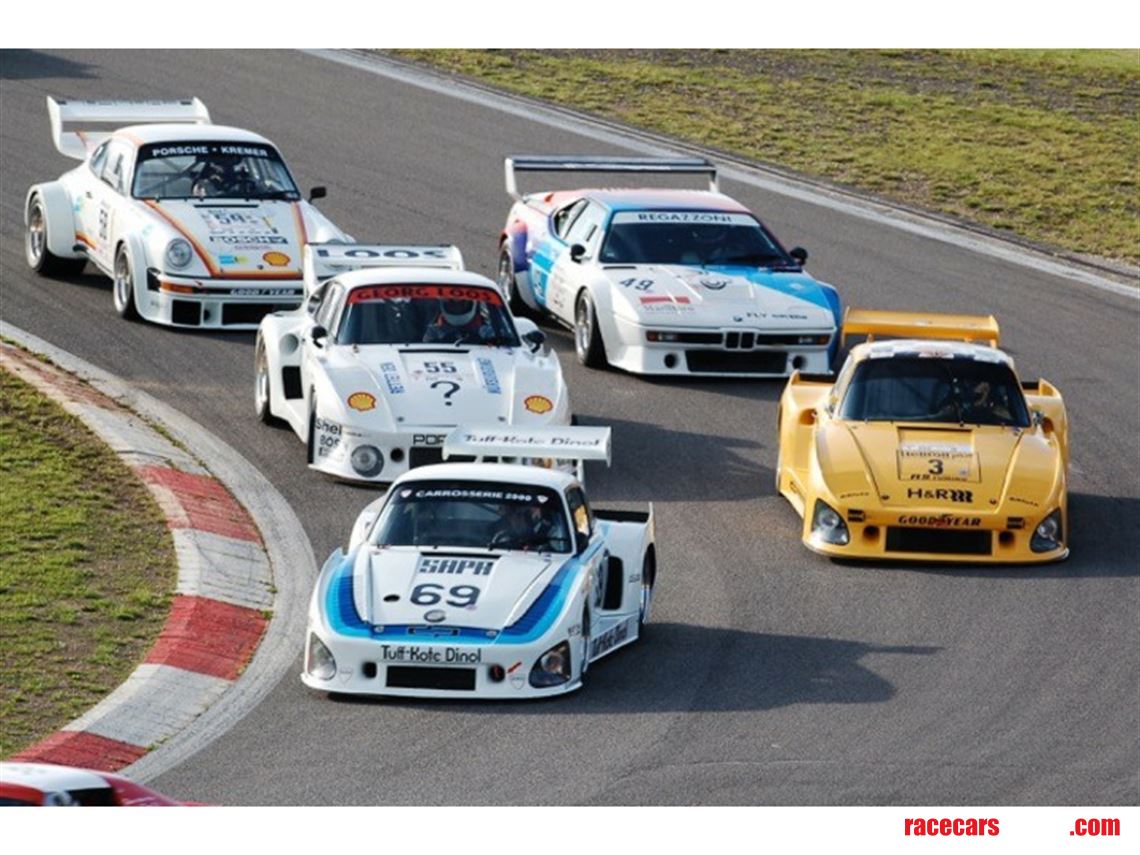 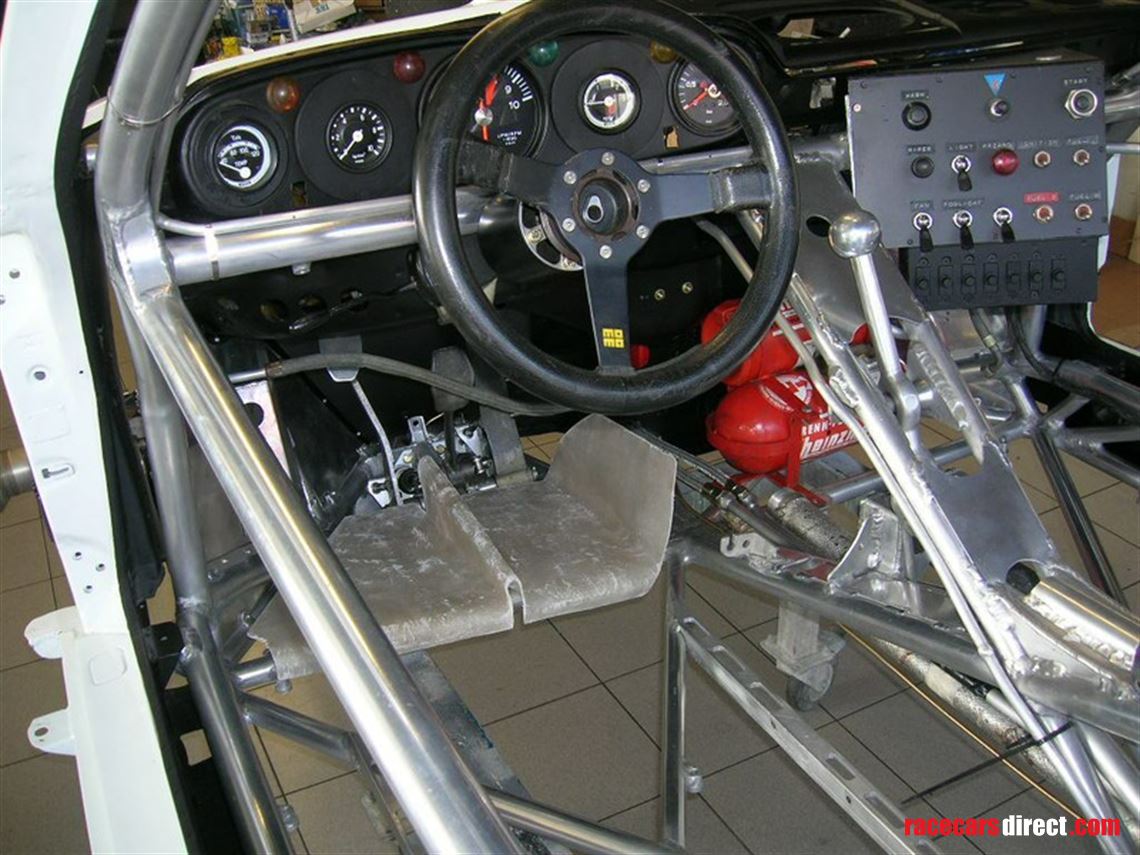 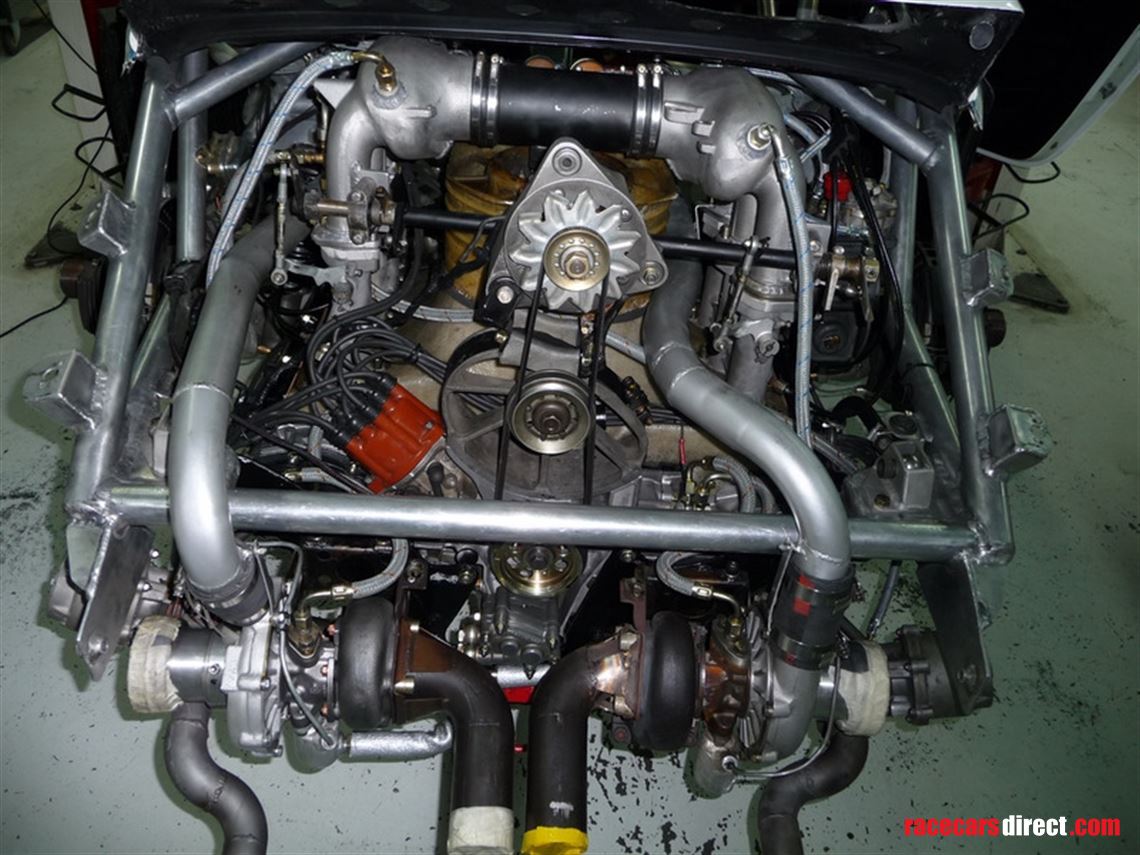 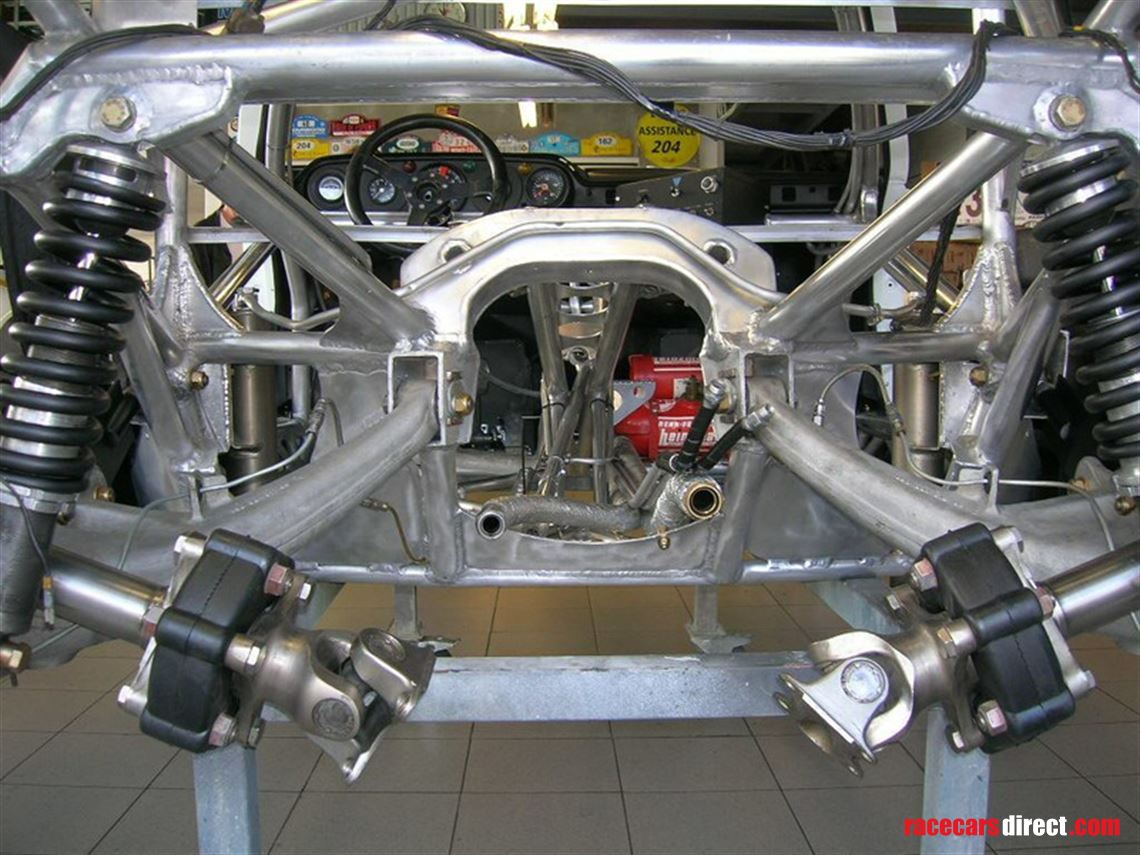 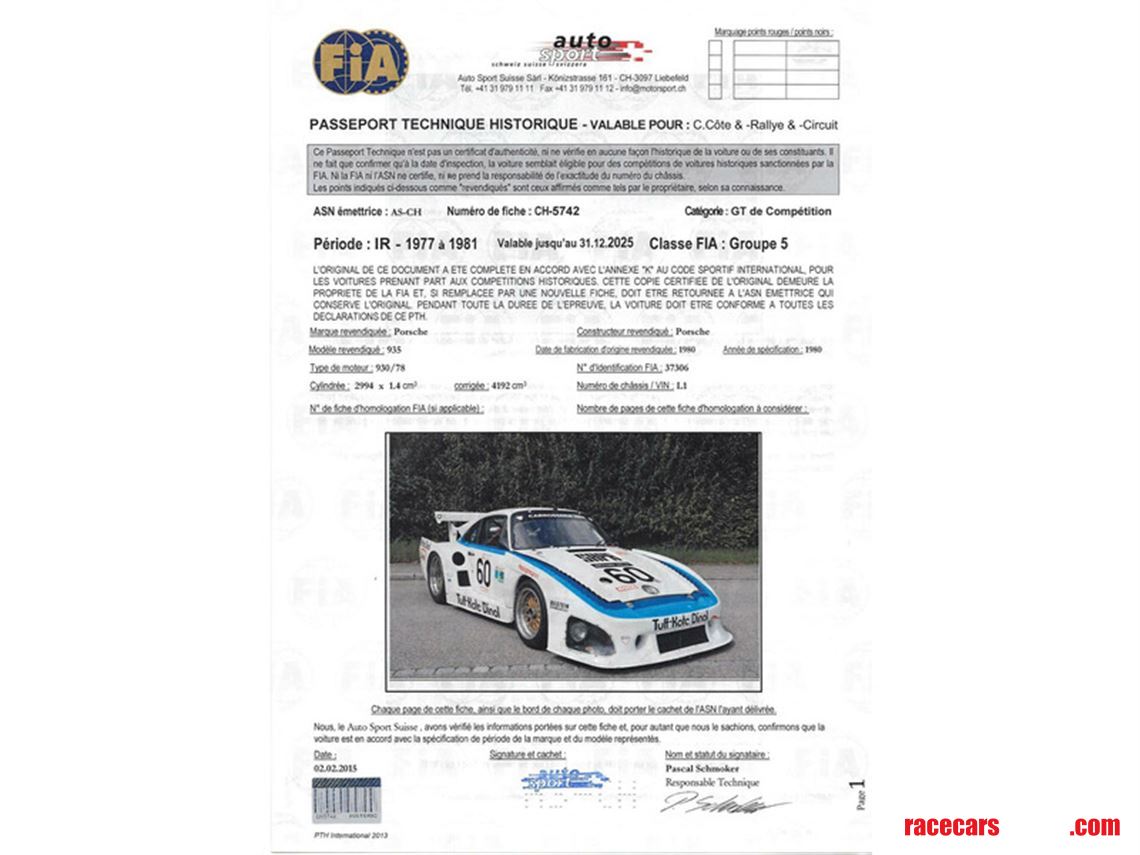 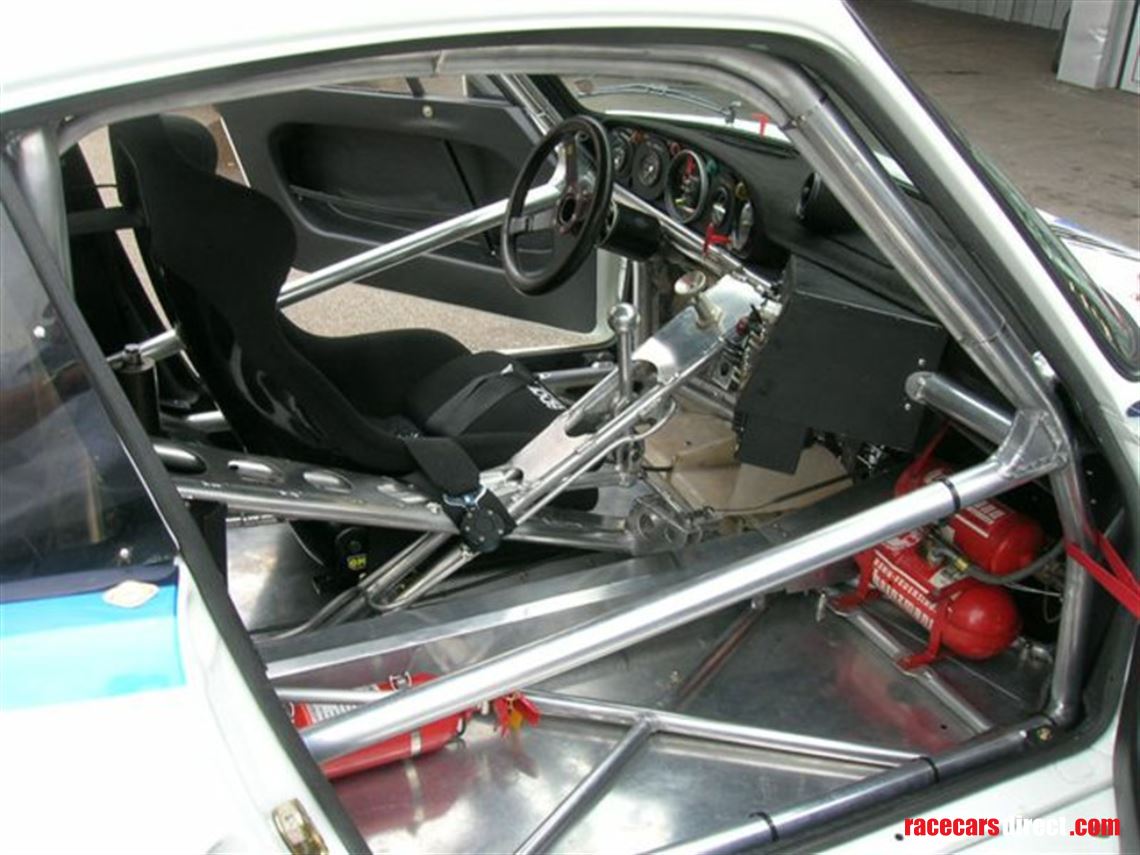 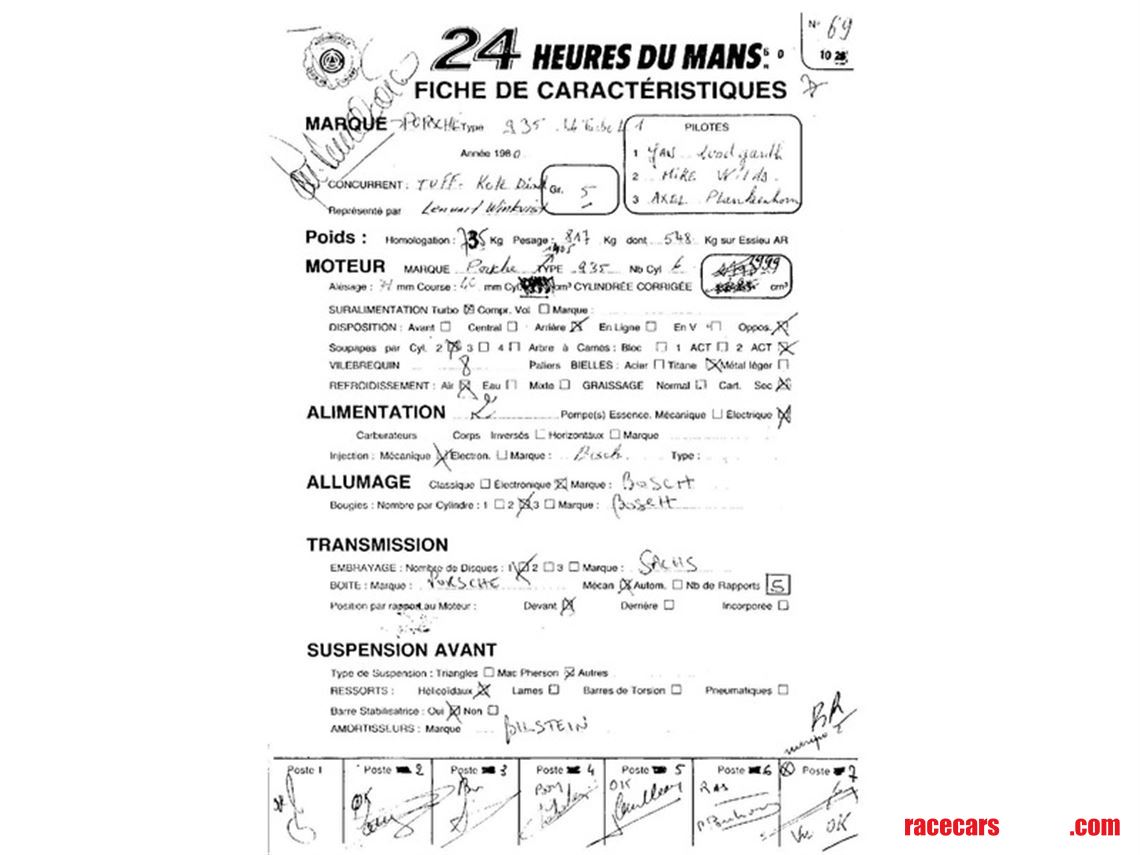 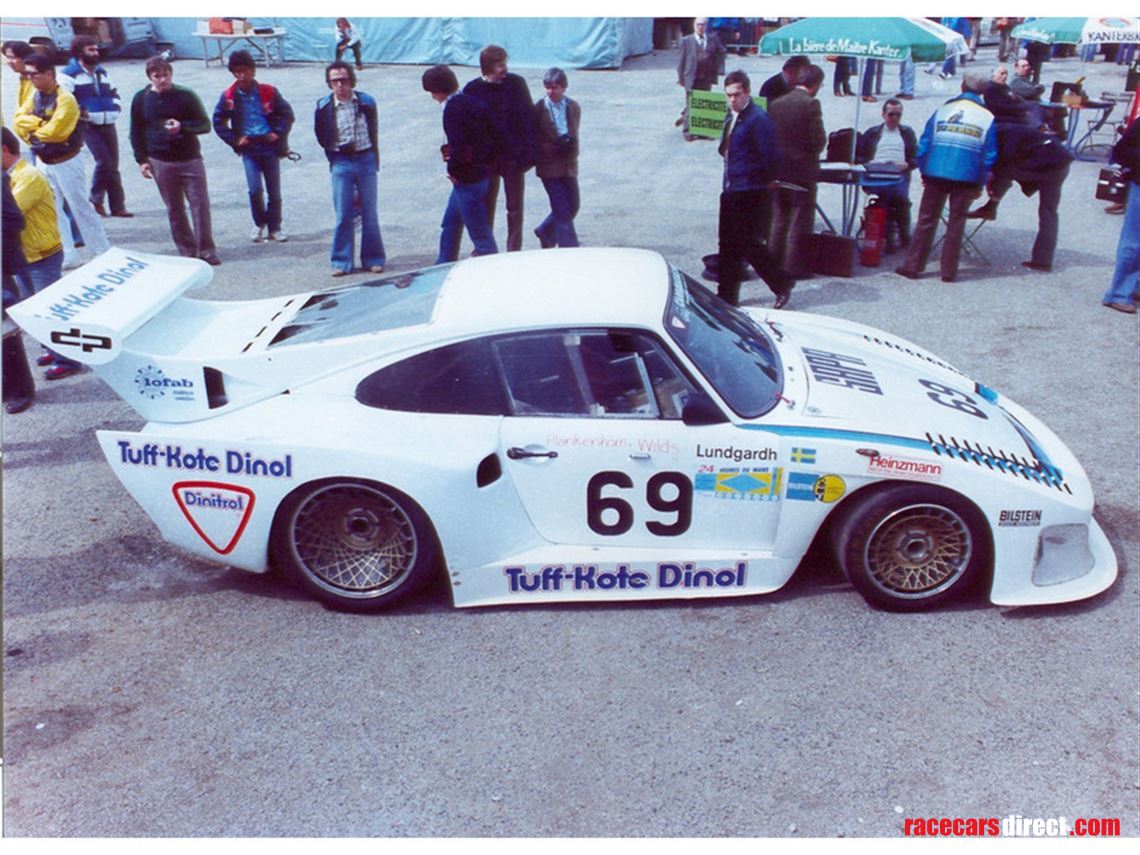 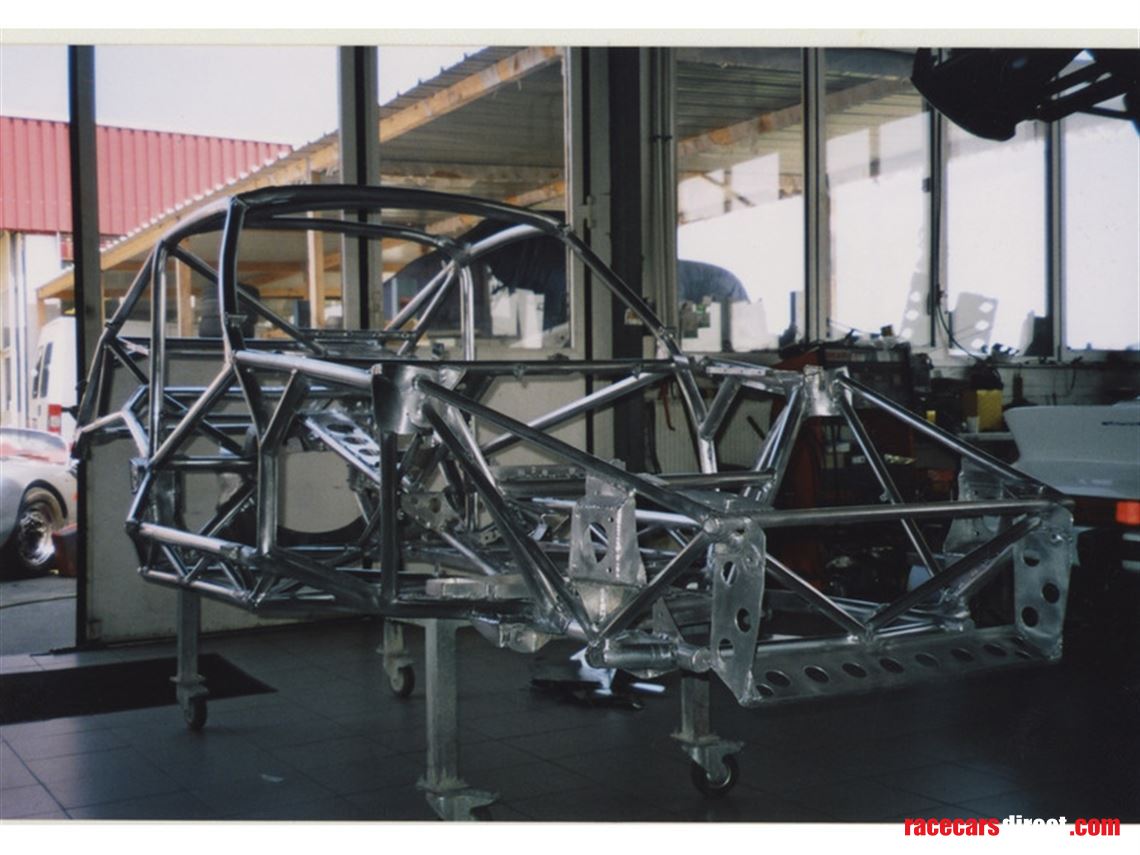 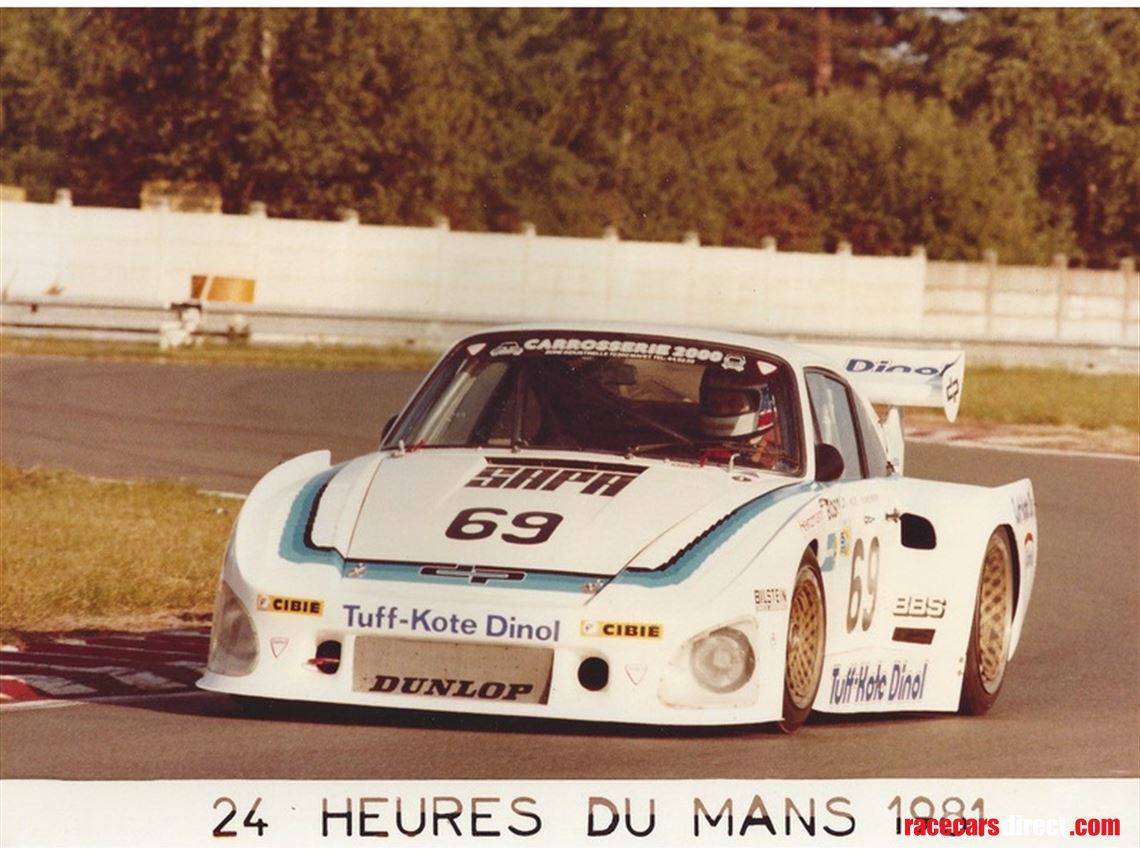 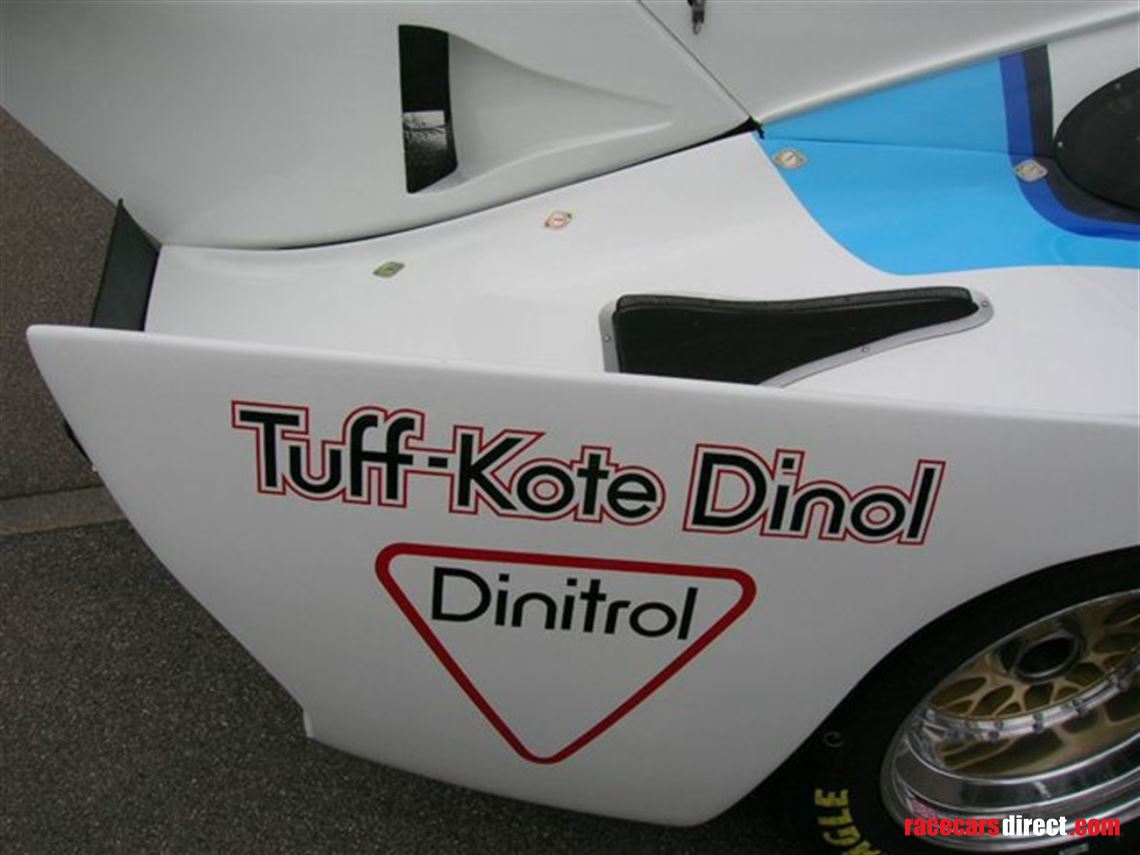 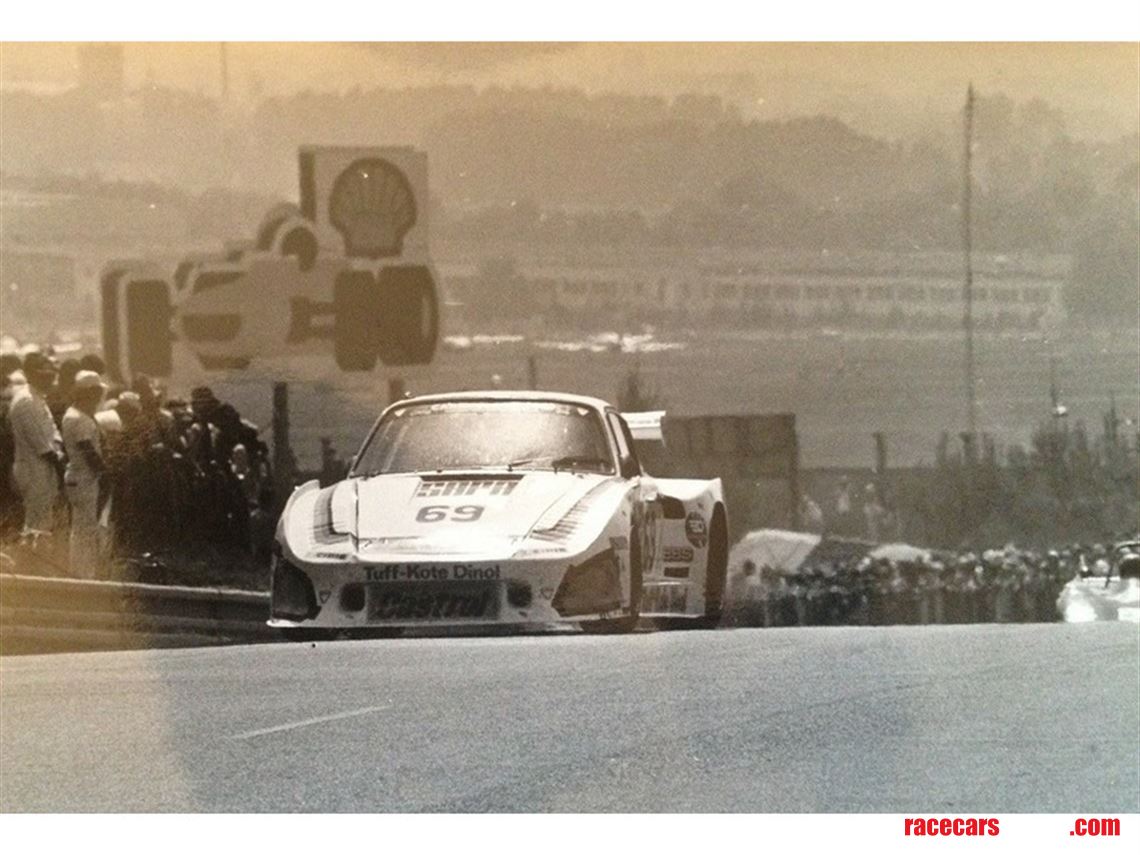 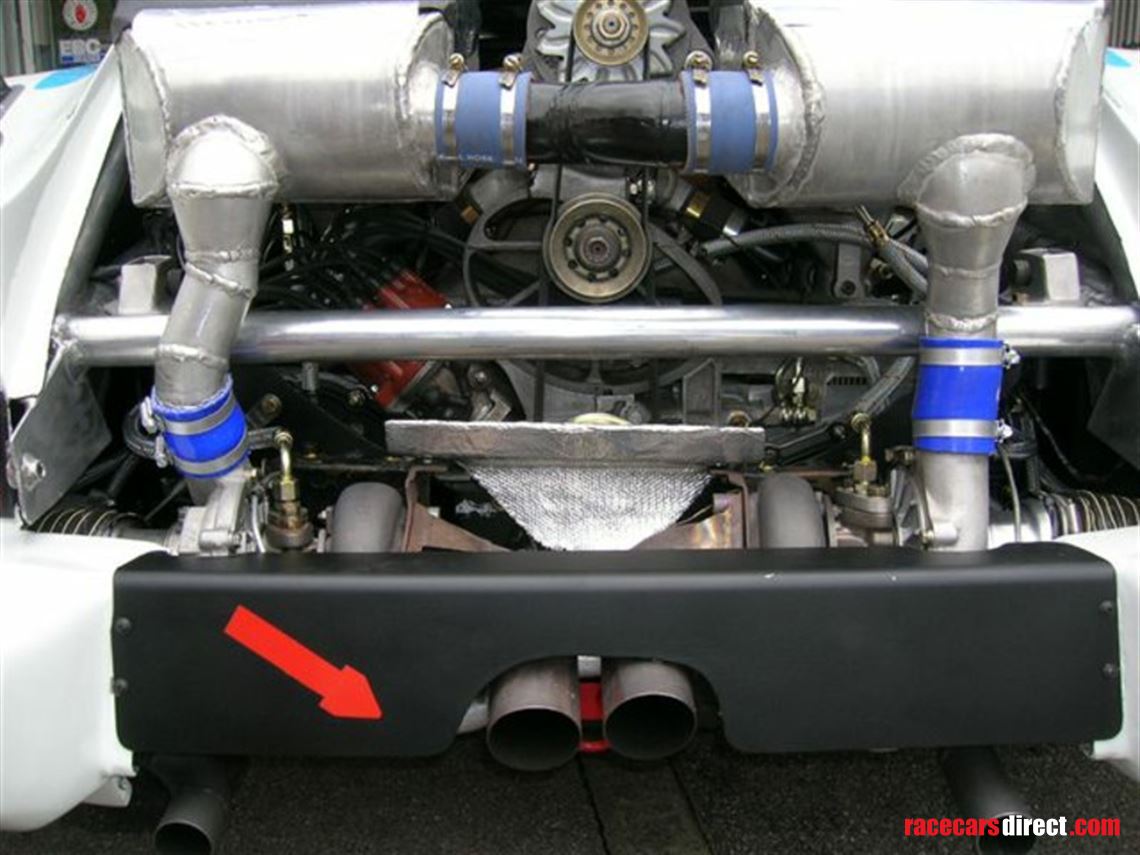 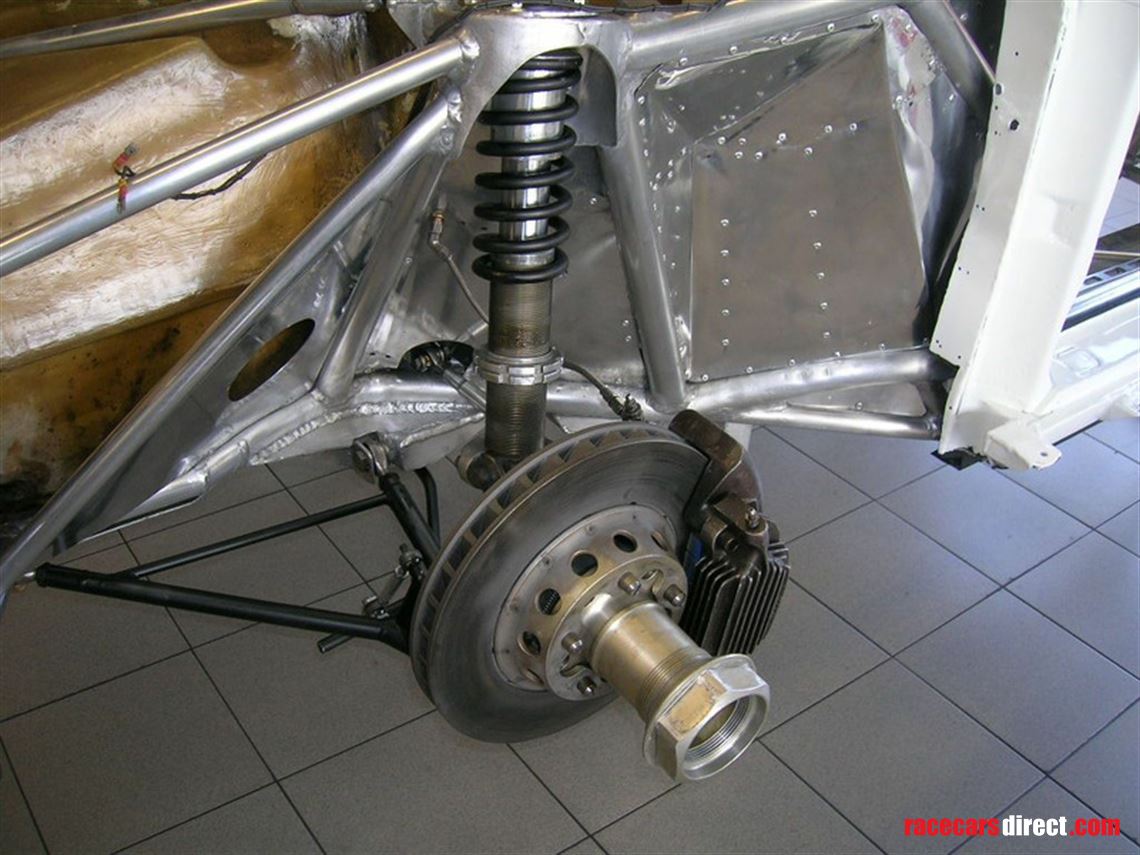 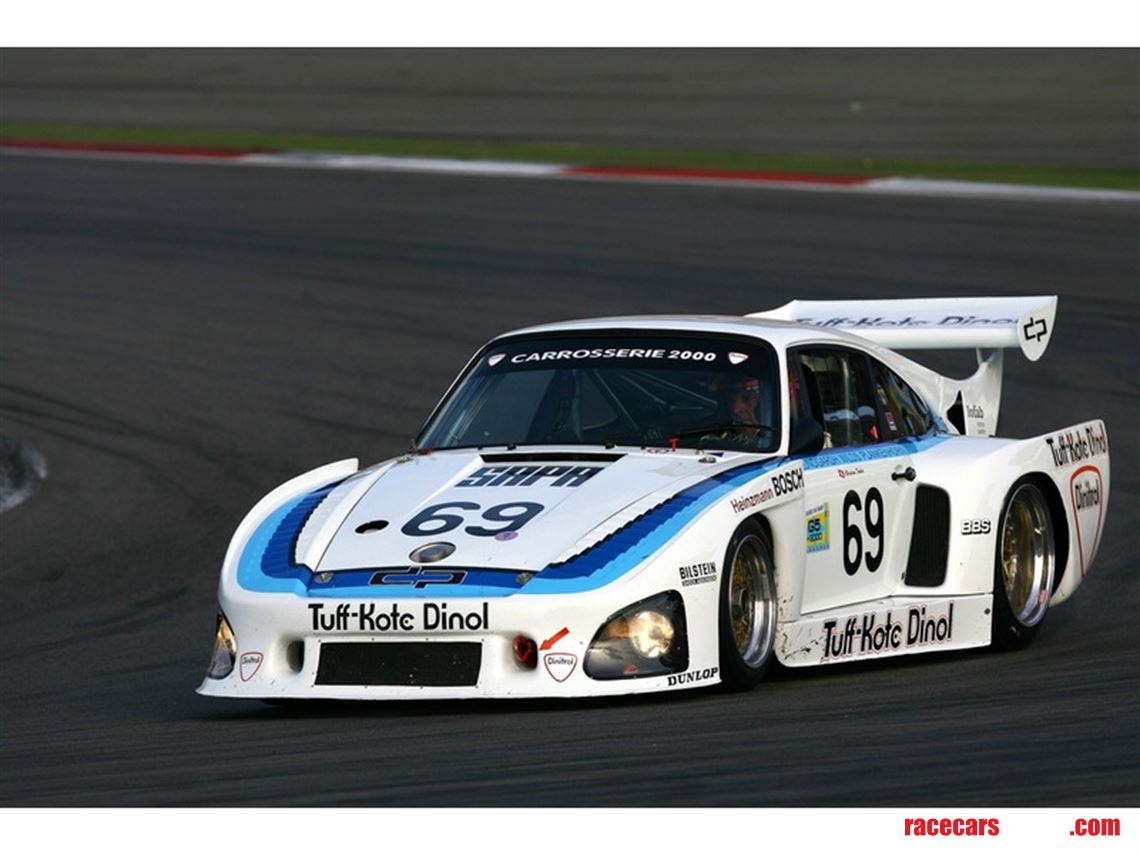 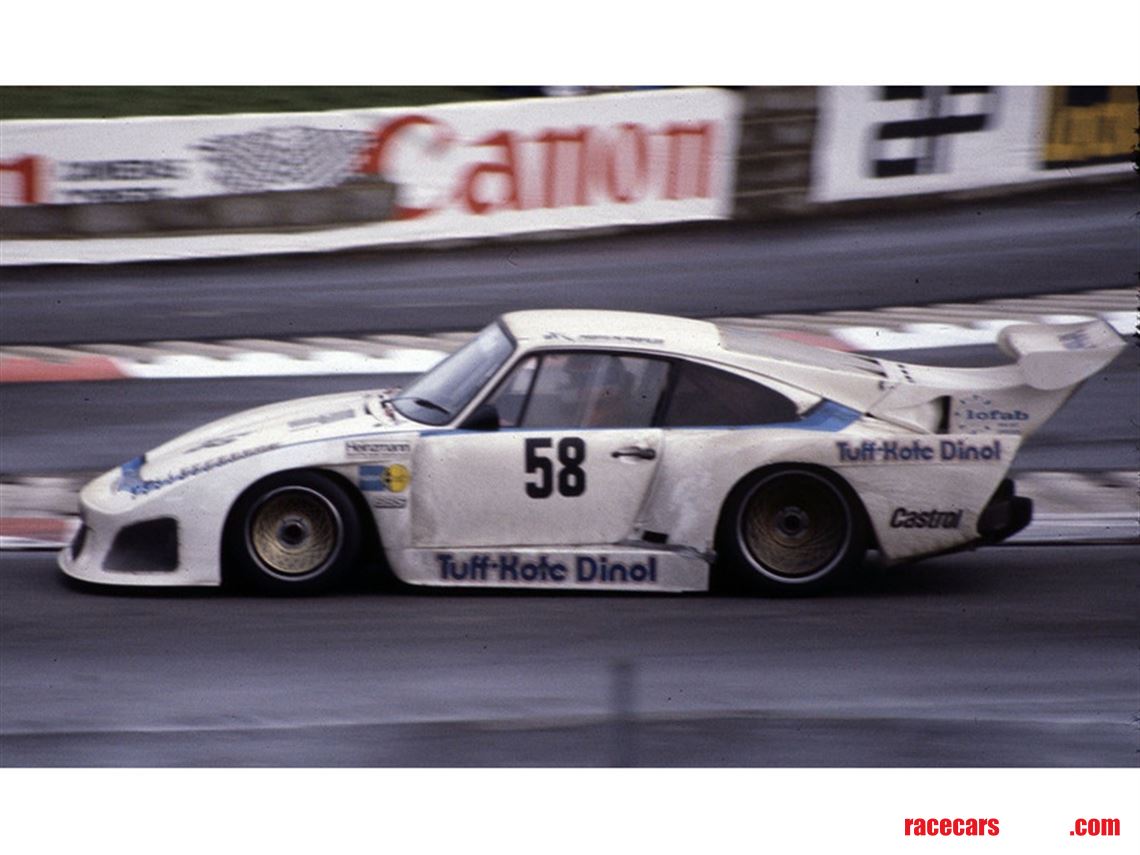 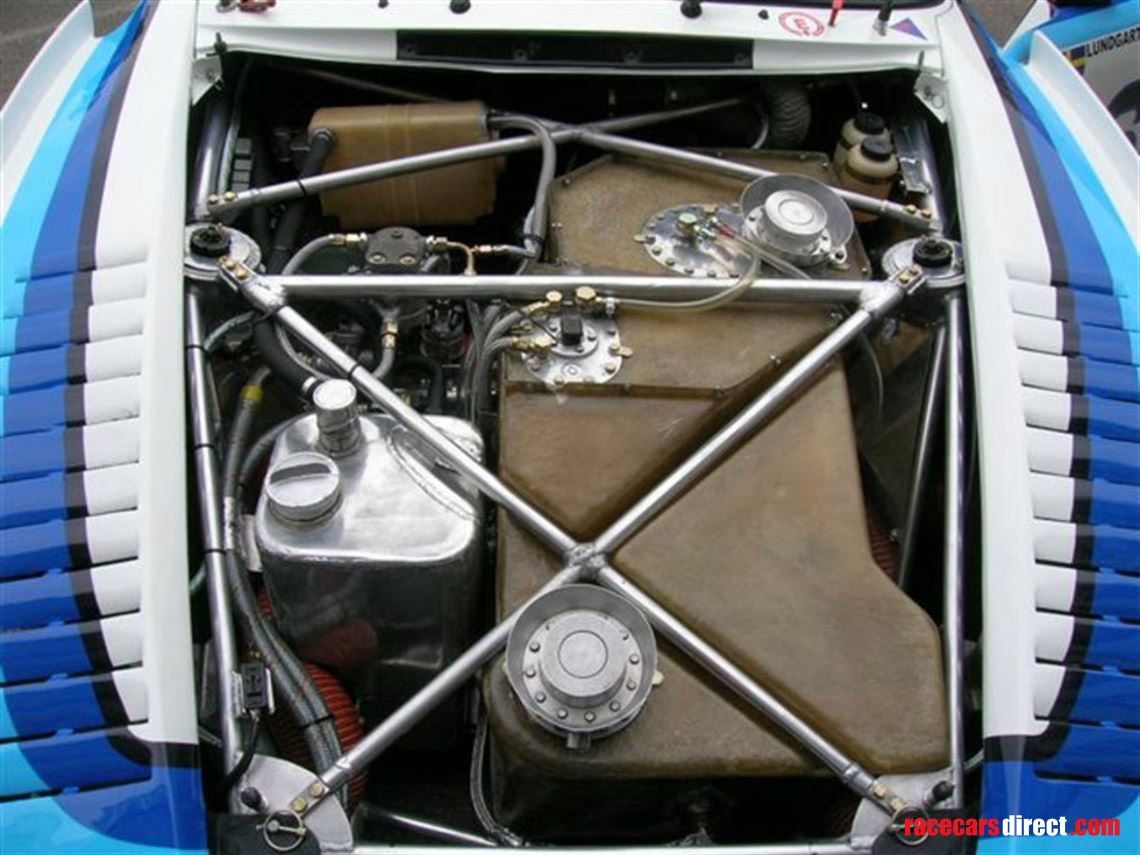 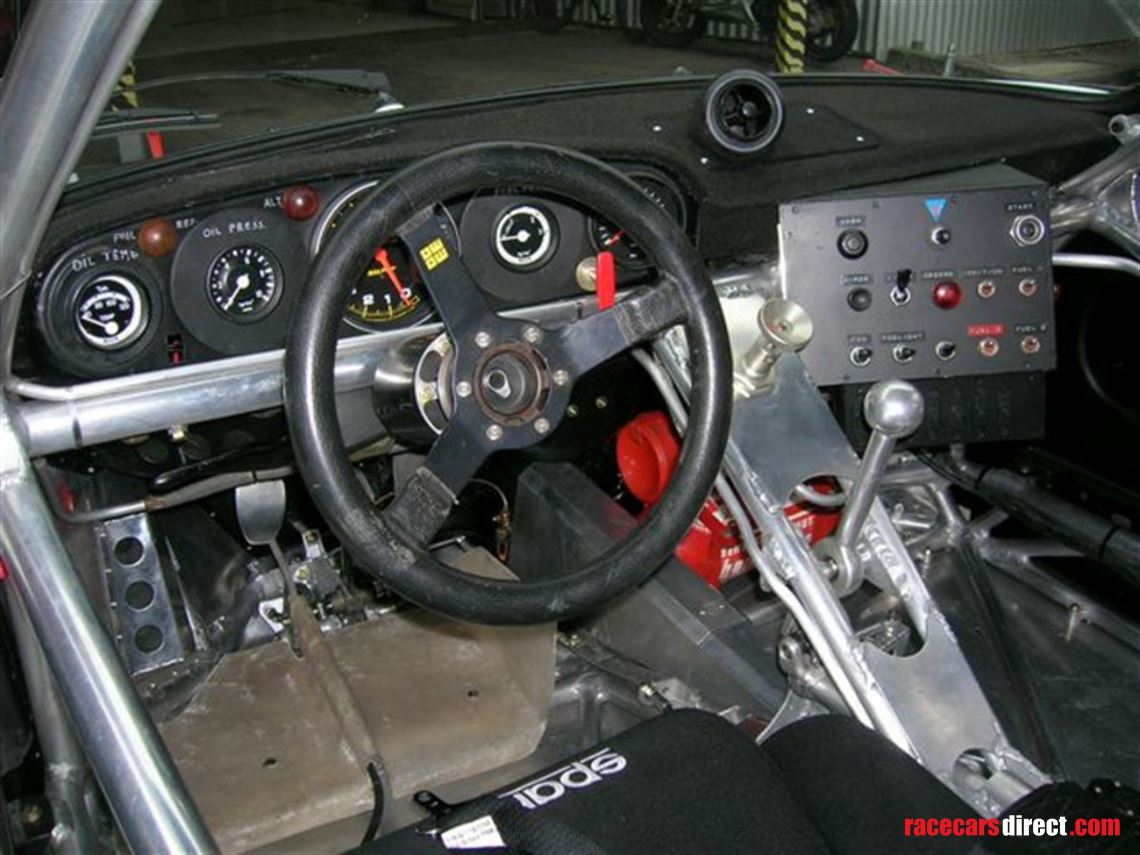 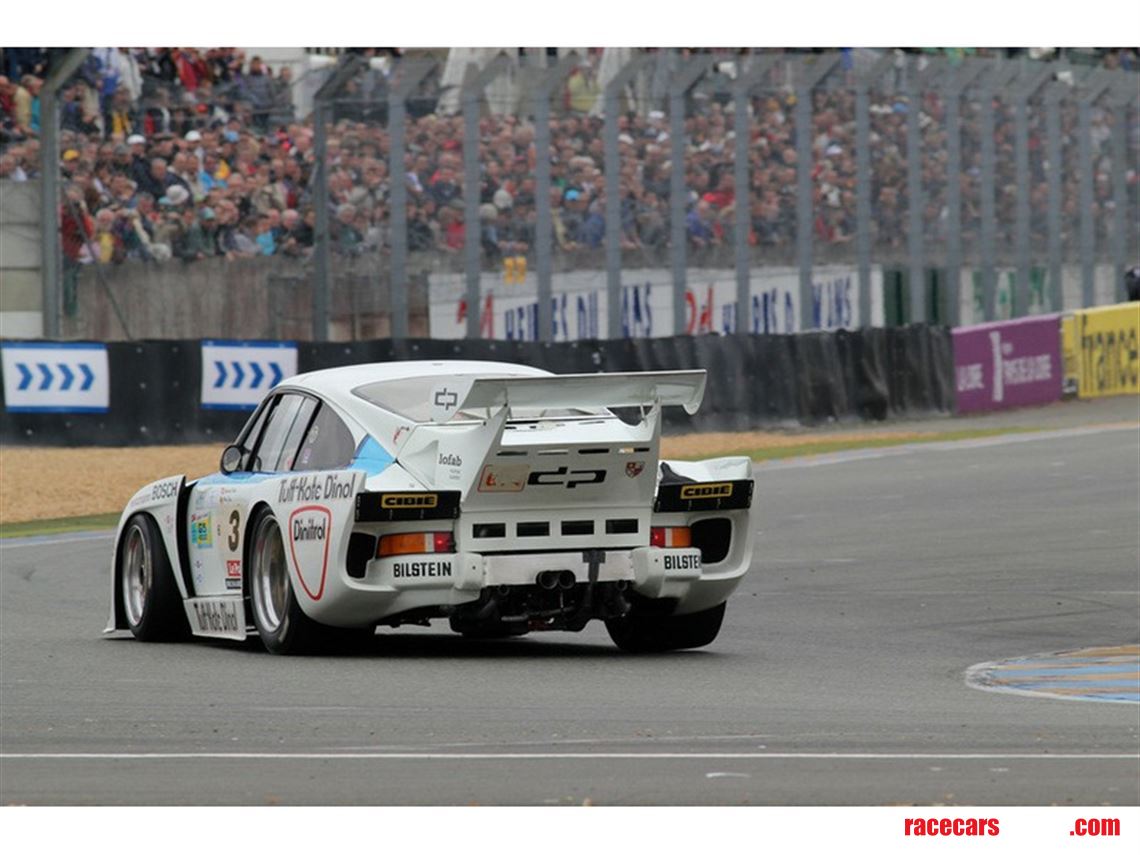 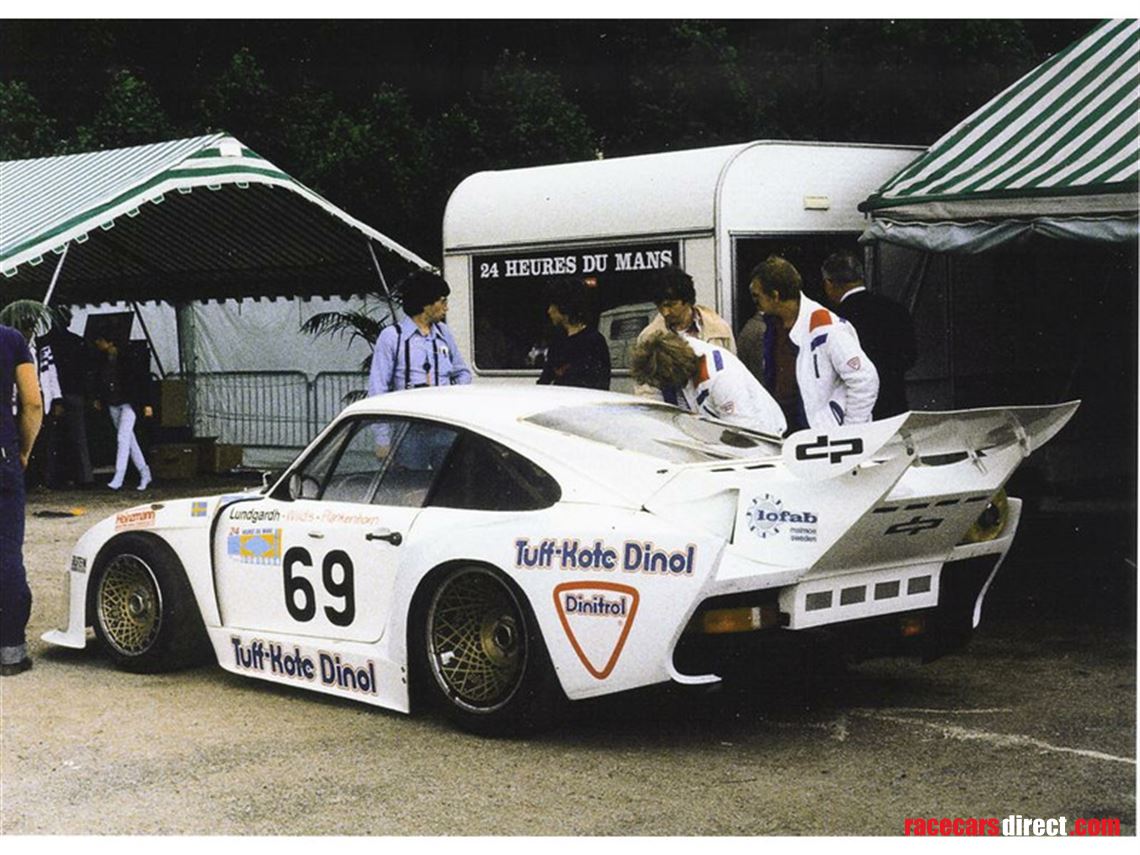 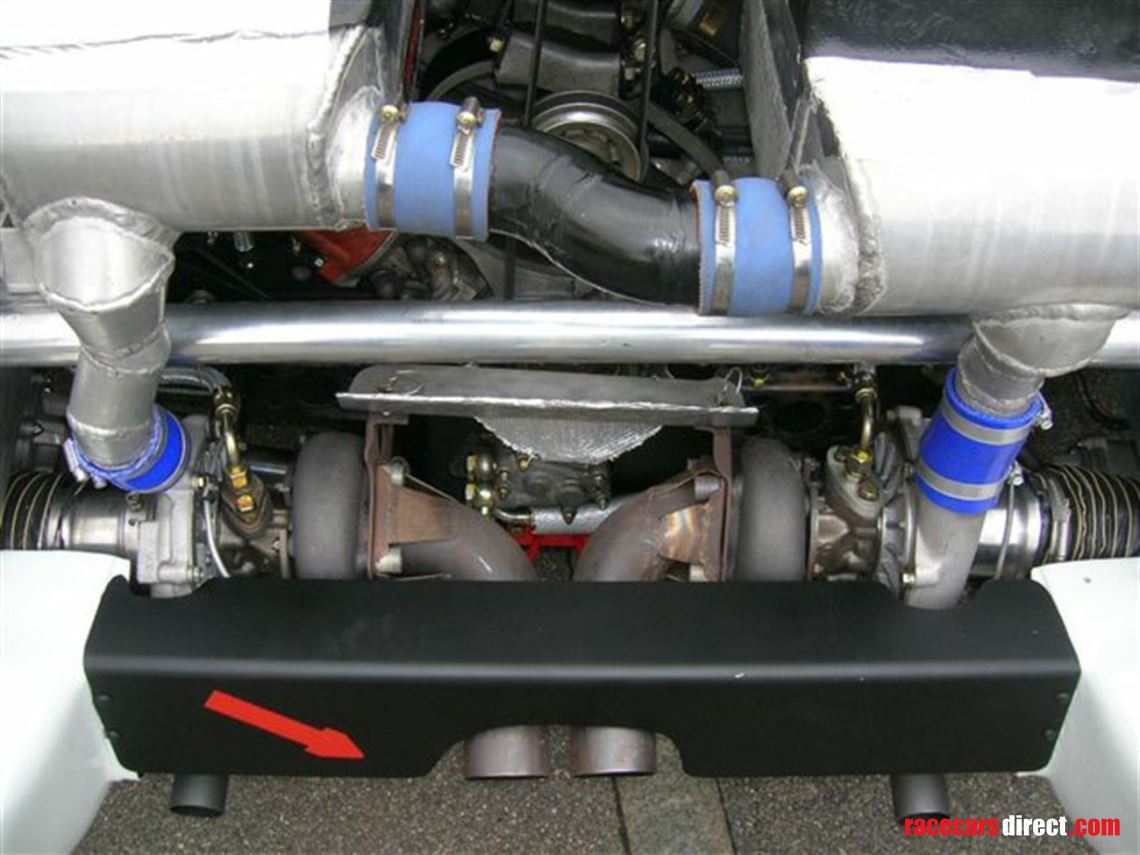 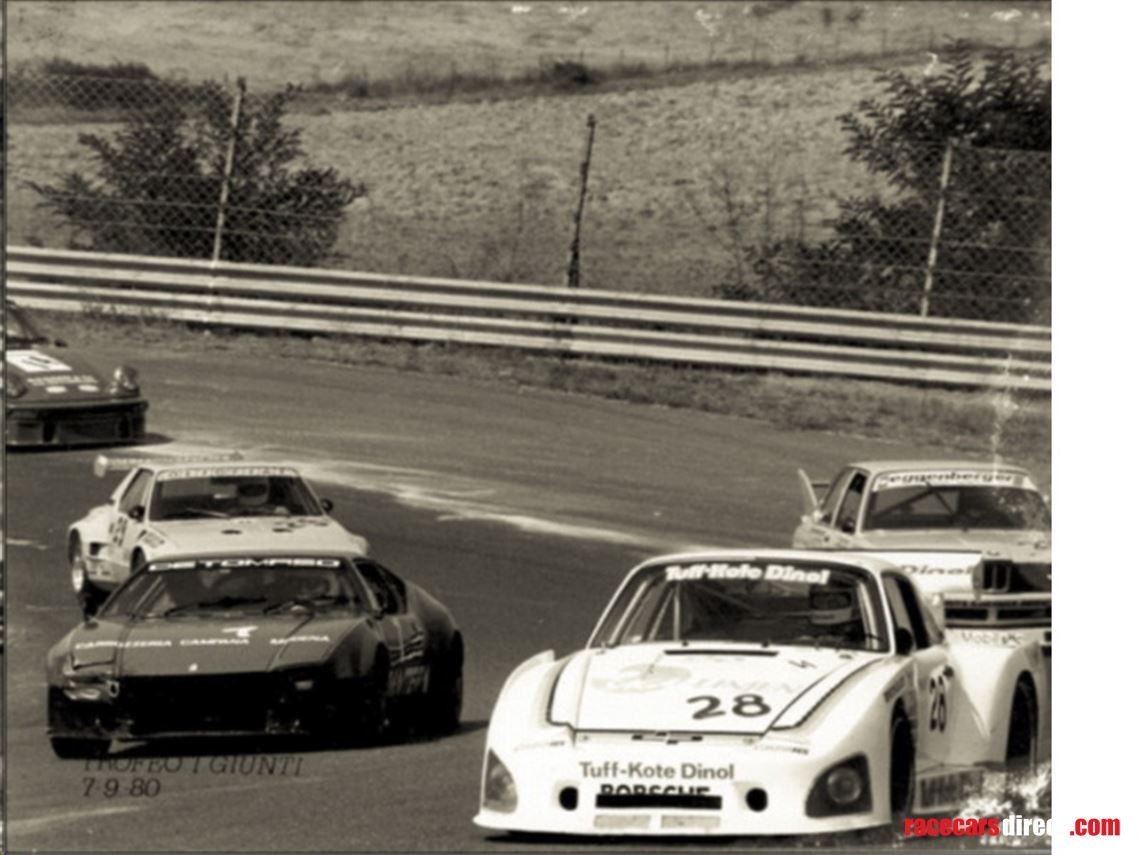 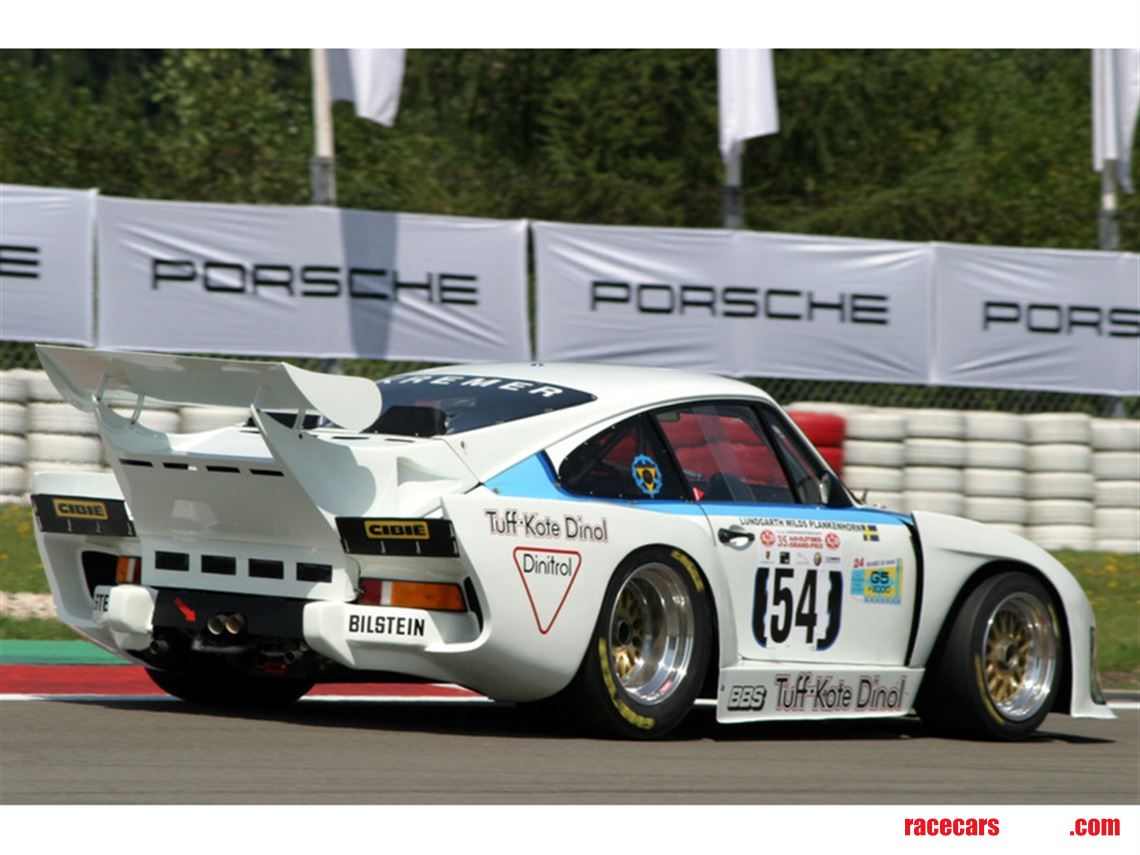 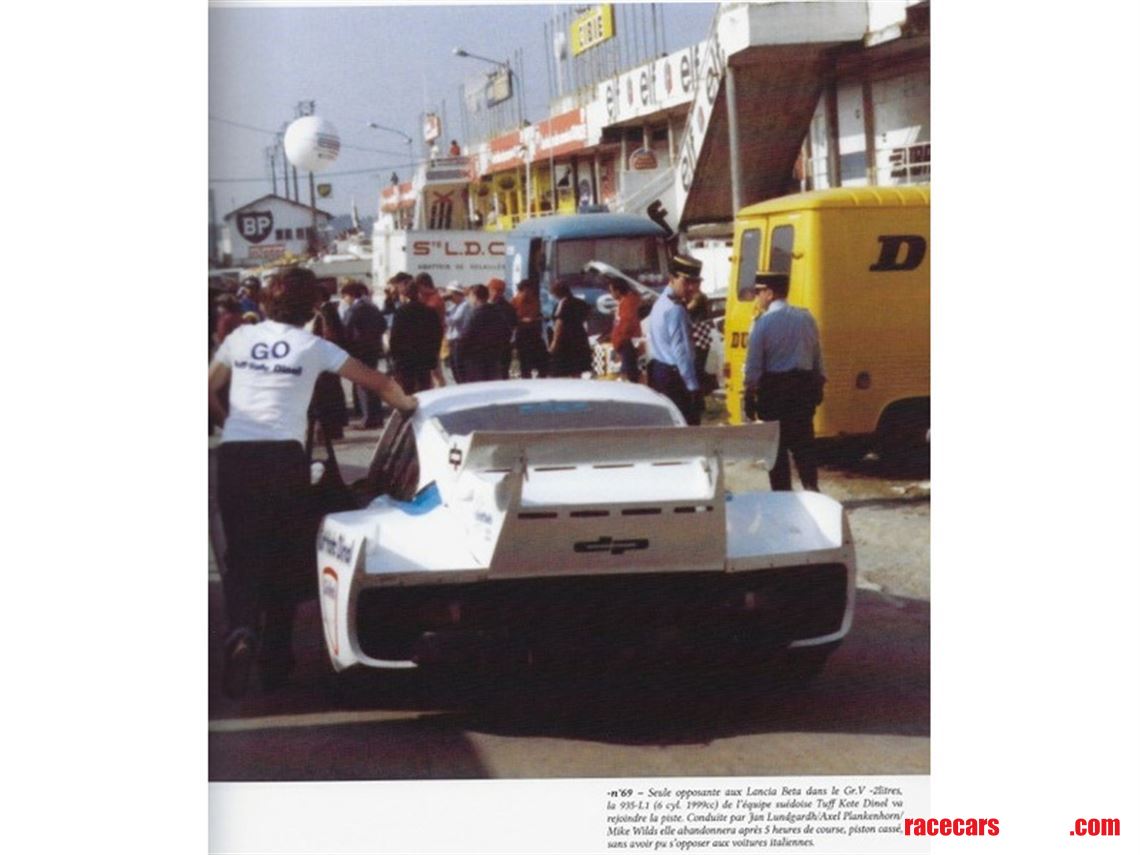 Already in 1977 the Porsche Works team developed a 935 for the smaller, 2-liter class – dubbed “Baby” - which featured a 1.4 liter turbo 935/02 type engine and – after having run only twice ending with a class victory at Hockenheim - disappeared into the Works museum.

Following the example set by Porsche, German-based Swedish privateer Jan Lundgardh wanted a 935 that could run in the competitive 2-litre class of the German DRM Championship. As Porsche was not responding favorably to his request to sell him the “Baby 935”, Lundgardh - a long-time Porsche customer and racer - decided to build one with the help from Porsche engineer Eberhard Braun while he managed to get his hands on the spare engine from the original “Baby 935” project.
Whereas the factory “Baby 935” had a production monocoque centre section with front and rear tubular frames, Lundgardh went one step further and had a complete spaceframe chassis constructed, just as Porsche had done for the mighty 935/78 “Moby Dick”. This provided both a lighter and more rigid platform for the car. The suspension layout was carried over from existing 935 designs and consisted of McPherson struts at the front and semi-trailing arms at the back with the engine, gearbox, suspension, brakes, wheels etc. all being genuine Porsche parts.
In order to comply to the 935 homologation requirements, Lundgardh's 935 – which received the chassis number “935 L1” - featured a 911 Turbo windshield and roof thereby giving the car the same profile as the factory production cars. For its debut at the 1980 Brands Hatch 6 Hours, “935 L1” was clothed in a body similar to the production 935s but by the end of the season, the car was fitted with the more aerodynamically efficient K3 body developed by the Kremer Brothers.

What really set 935 L1 apart from all other privateer 935s was the diminutive 1.4-litre Turbo engine which effectively put the car in the under two-litre category which let 935 L1 run with a lower weight limit than its big 3+ liter brothers. The result of all this clever engineering coupled with extensive use of lightweight materials, the car tipped the scales at just 817kg during scrutineering for the 24 Hours of Le Mans in 1981!

Sharing with compatriot Kurt Simonsen and Danish racer Preben Kristoffersen and with sponsorship of rustproofing company “Tuff Kote Dinol”, Lundgardh debuted his 935 L1 at the 1980 World Championship round at Brands Hatch where they qualified 25th on the grid but DNF-ed. It was the start of a difficult 1980 season for Lundgardh as reliability issues continued to dog his “Baby 935” and a 5th in class in the DRM round at Diepholz would be the best result in nine outings.
The unique 935 was back in 1981, opening the season at the Silverstone World Championship round where - Lundgardh now sharing with Mike Wilds - an accident ended their charge early on in the race. The car was then entered for three more World Championship rounds at the Nürburgring 1000km, Brands Hatch 1000km (where it won the 2 liter class) and the 24 hours of Le Mans, thereby being the only Porsche "Baby" 935 ever entered in the famous endurance race. Sadly, the car DNF-ed due to engine failure in the 5th hour.

At the end of the 1981 season, Eberhard Braun left the project and moved from Porsche to Ford which ended the ties with Porsche where the exotic 1.4 liter engine was maintained. As such, for the 1982 season, Lundgardh replaced the tiny flat six with a more conventional 3-litre, twin-turbo 930/76 type engine. In this configuration, the one-off 935 L1 continued to be campaigned by the Swedish driver at select events into the 1984 season. His persistence finally paid off as together with Simonsen, Lundgardh finished 18th overall and 1st in the GTX class during that year's Nürburgring 1000 km. It was clear that, by then, the glory days of the Porsche 935 were over.

935 L1 stayed with Lundgardh’s brother-in-law Josef Zirkelbach until 1988 when the car was sold to Jürgen Kannacher. The car was then sold to fellow German Lars Rombelsheim after which the exotic one-off 935 went to the USA where it had 3 further owners until it was bought by its current Swiss historic racer in 2004. After a few years of ownership, he commissioned a full bare-chassis restoration and race-preparation by specialist Marc De Siebenthal after which the car was campaigned successfully from 2013 to 2017 at the Oldtimer GP and in Peter Auto’s CER2 where it won the 2016 race at Imola. During those years, no expense was spared to keep it in impeccable condition coupled with significant further development.

935 L1 is sold in race-ready condition with only approximately 15 hours on the engine which – at only 1.1 bar of Turbo pressure - delivers 635 bhp and 700Nm of torque. As part of the sale, the current owner will renew the fuel cell, seat belts and service the fire system while spares include 2 sets of BBS wheels. The car also comes with a current FIA HTP (valid till end of 2025) and with extensive documentation describing its fascinating history in addition to invoices of all work done, period pictures, race results and history file done by historian Ulrich Trispel.

With an unbeatable power-to-weight ratio, this unique Porsche 935 L1 “Baby” is eligible for all prime historic race events around the world such as Peter Auto CER2, Le Mans Classic, Daytona 24hr Classic, etc. where it will be a welcome and very competitive entry.

Racetrailer.com offers a brand new race trailer including office space, up to 4 cars

Everything you need in one delivery to start recording onboard in high definition!