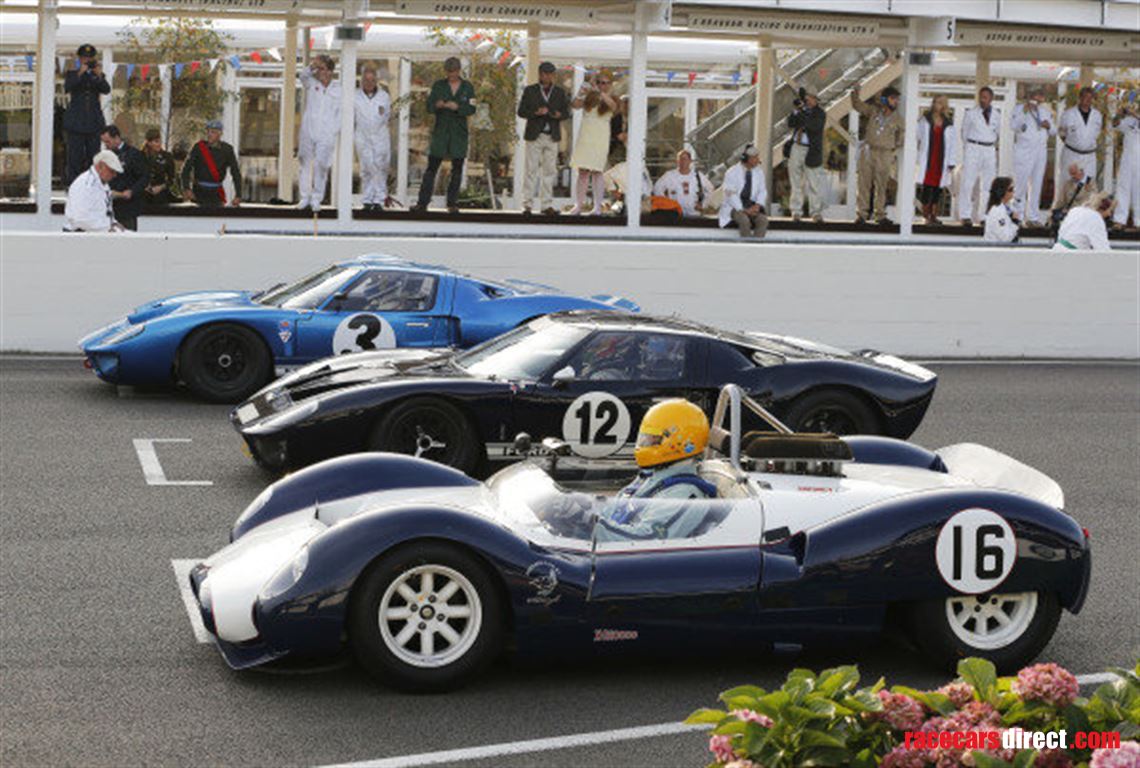 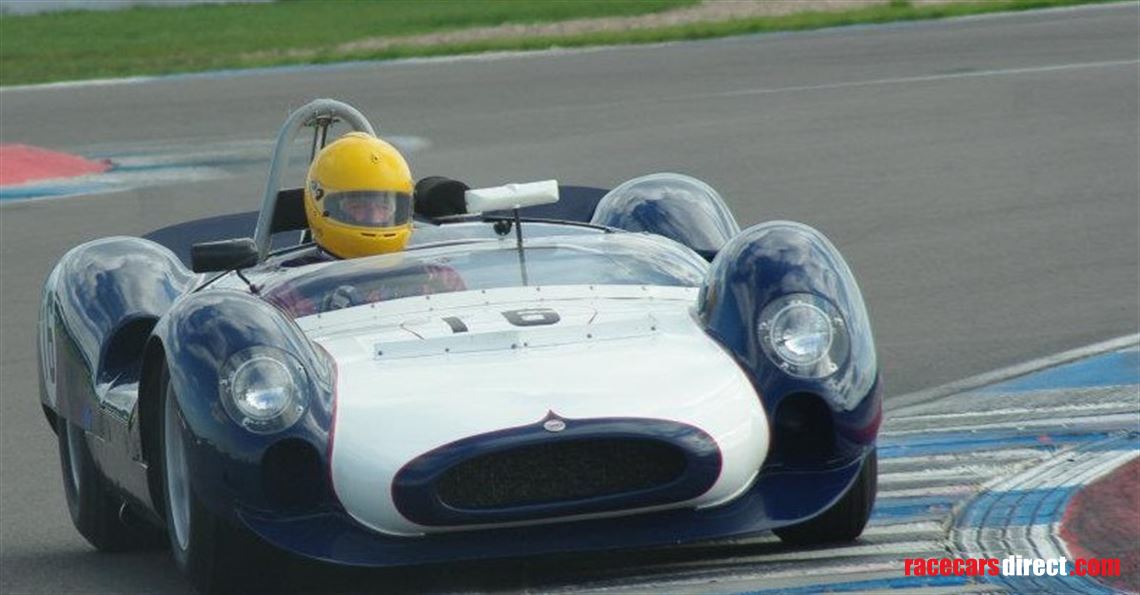 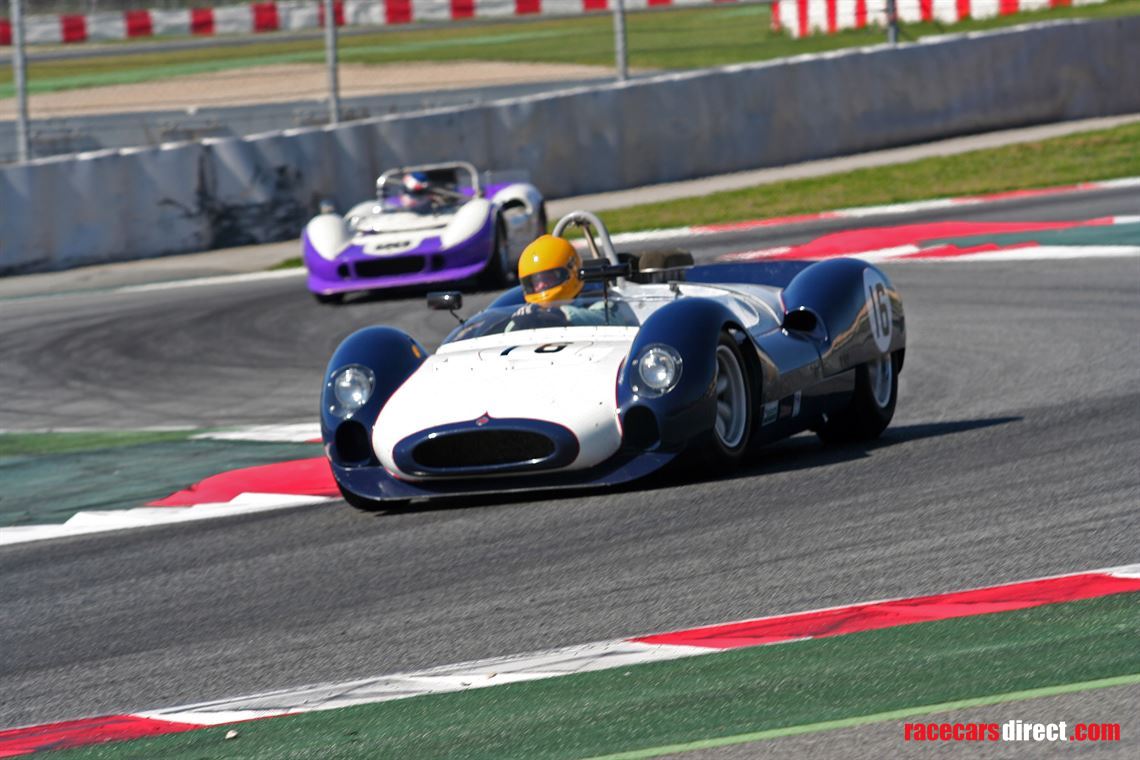 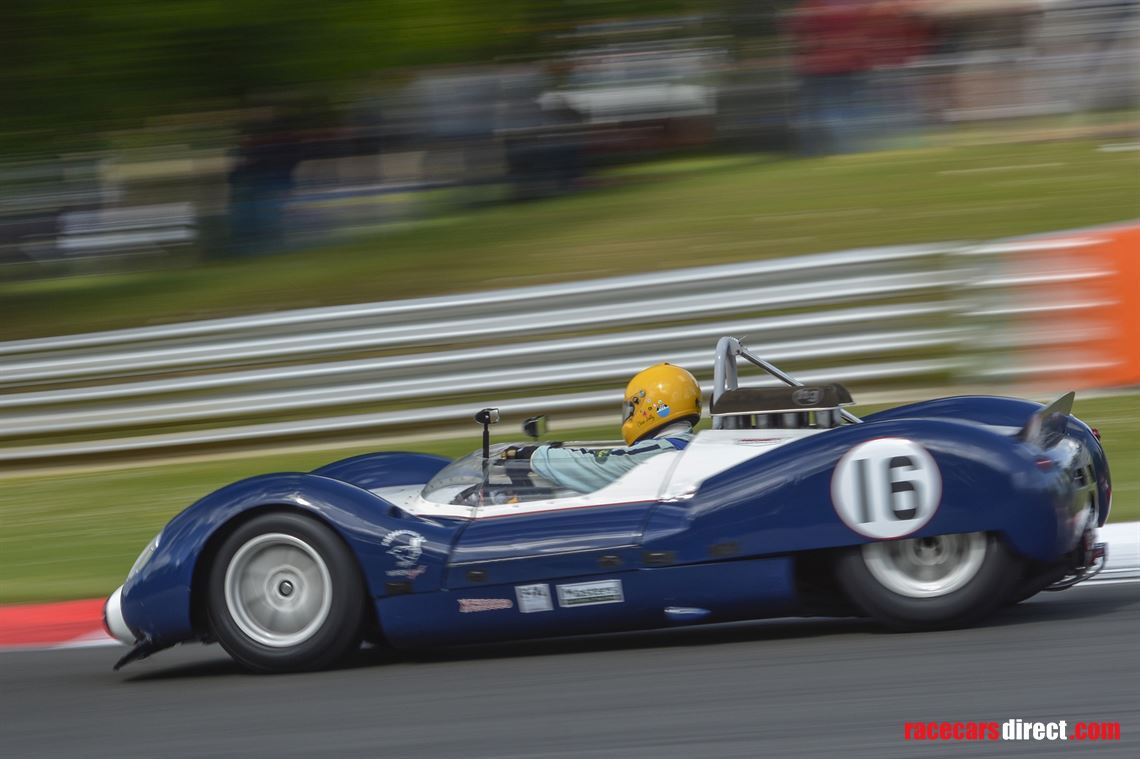 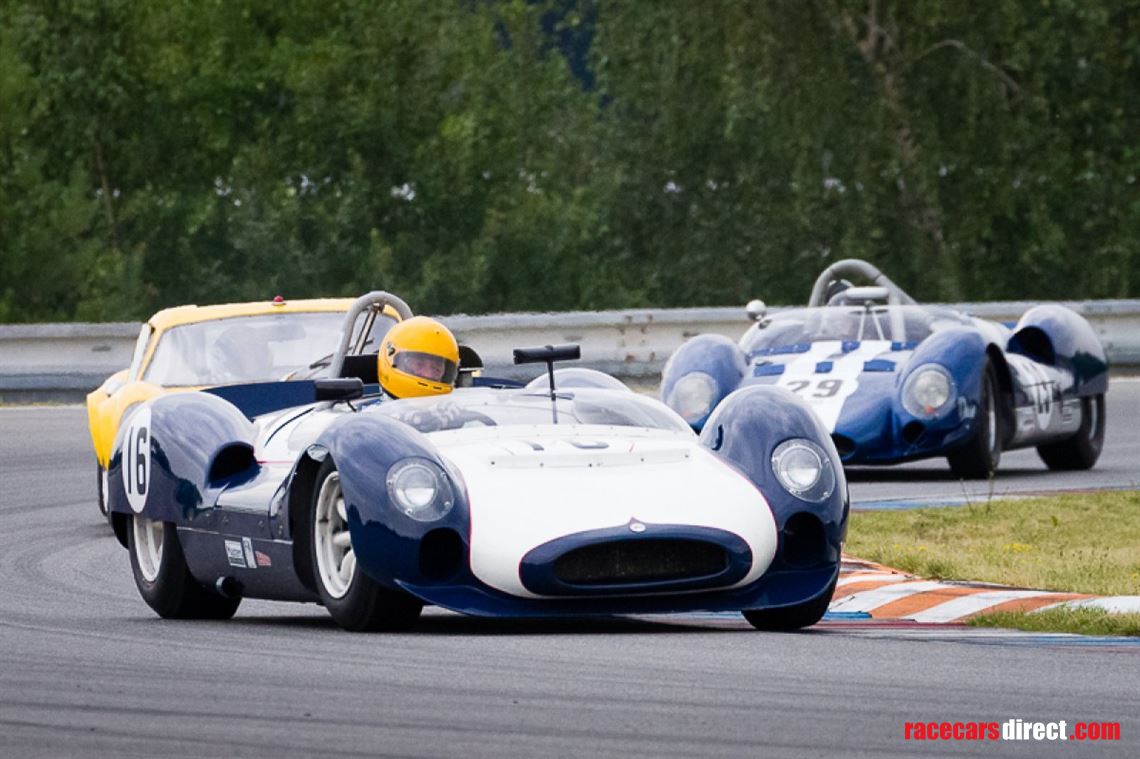 COOPER MONACO T61M CHEVROLET – chassis number: CM/4/63. John Cooper made the motorsport world sit up and take notice early in 1968 at the Argentine Grand Prix where Sir Stirling Moss outlasted Ferraris and Maseratis to notch three firsts: the first Formula 1 win by a British privateer, the first cheqered flag for a Cooper-Climax, and, most importantly, the first victory for a rear-engine race car.

Pundits remained sceptical, even after Maurice Trintignant won the subsequent race around the urban circuit at Monaco. It was not until the 1959 season that the rear-engine’s design proved its mettle by taking Brabham, Moss, and Bruce McLaren to victory and earning Cooper the Constructors’ Formula 1 Championship title in 1959 and again in 1960.

In 1959, Cooper released the Monaco, named for Trintignant’s victory a year prior, and in doing so the company laid the groundwork for what would become the Can-Am series across the Atlantic. The Monaco was Cooper’s first production rear-mid-engine sports-racing model, designed expressly to meet FIA requirements of space for two seats, two doors, and a windscreen, with an advanced space frame covered by outer panels of lightweight aluminium on a 91-inch wheelbase platform. Beneath their swoopy aluminium bodywork, the cars were essentially F1 racers widened as needed continuing the racing successes in sports car form. Chassis CM4/63 was one of the fifteen rolling chassis that Cooper sold to the US in 1963/64.They were all fitted with V8 engines and various types of transmissions. Most had Ford V8s, commonly known as King Cobras, and the rest had a mixture of Chevrolet, Buick and Oldsmobile engines fitted.

This car has had a Chevrolet engine throughout and was initially owned by well-known US TV and film star of the period, Dan Blocker and run by the Nickey Chevrolet dealership based in Chicago, driven by Roger Ward and most regularly by Skip Hudson. It started its competitive life late in the 1963 USRRC season and also race at the end of 1963 internationally at the Bahamas Nassau Speed Week. CM4/63 then completed the full 1964 USRRC season, driven throughout by Skip Hudson.

Its most successful result in that championship was a win at Riverside in the LA Times Grand Prix. Once again it went to the Bahamas at the end of the year for the Nassau Speed Week. In 1965 the car was sold to Paul Canary and later to John “Bat” Masterson in the 70`s, after which it stayed in private collections in the US. It was acquired by well-known racer Frank Sytner in 2001, shipped to the UK and prepared for historic racing by Simon Hadfield. Still fitted with a Chevrolet V8 the car was first raced by Frank in the first Whitsun Trophy race at the 2001 Goodwood Revival, where he both qualified on pole and won the race. He then sold the car in 2005 and it was bought by Ted Williams, who raced it for a couple of years before the car was sold to the current owner in 2008. Since then, the car has raced regularly in the FIA Masters Pre-`66 Sportscar Championship, scoring many class and outright wins, as well as winning the Championship in 2019.

It has also raced regularly at the Goodwood Revival and Members` Meetings and the car remains very welcome at Goodwood. The car has a brand new (July 2020) Period F HTP, Peter Knight built Chevy engine with mileage/use log, very well documented period history and a comprehensive spares package including original bodywork, spare gearbox etc. Ready to race and win in 2021.

For further information please contact James Hanson at Speedmaster on +44 (0)1937 220360 or info@speedmastercars.com

Designed and built as all British World-beater for Stirling Moss, Goodwood and Monaco eligible

One of the most unique of the original 44 cars presented is absolute pristine race ready condition.