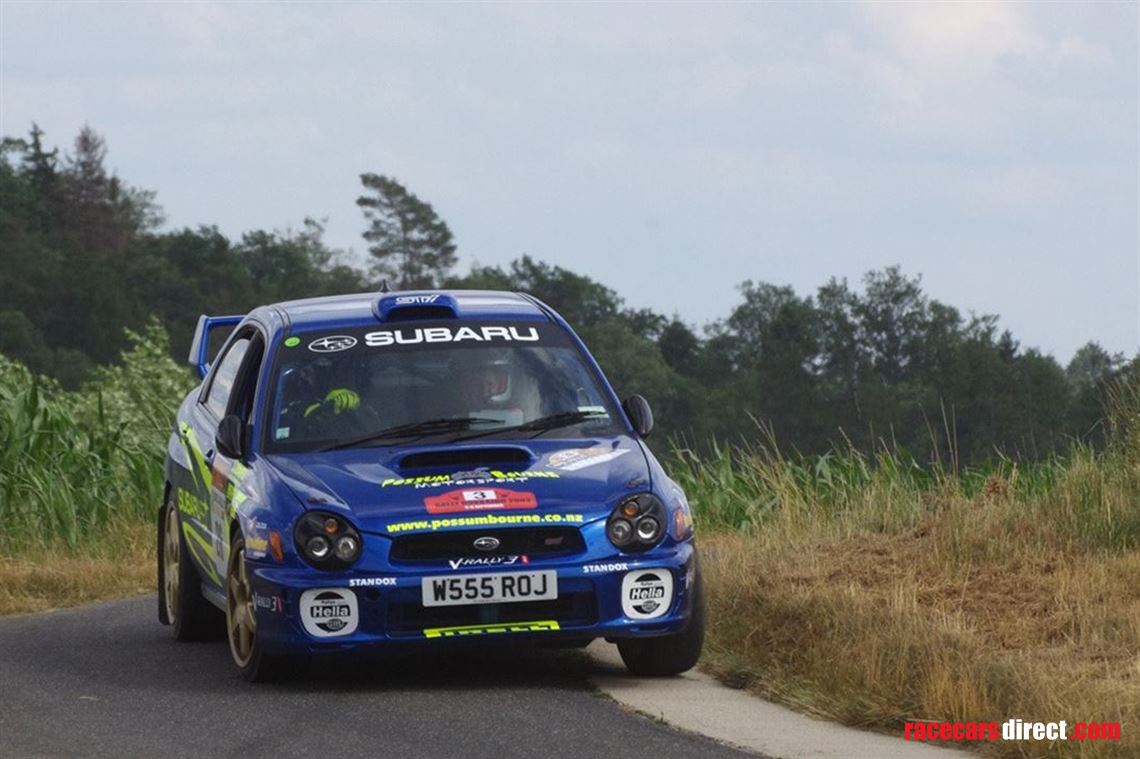 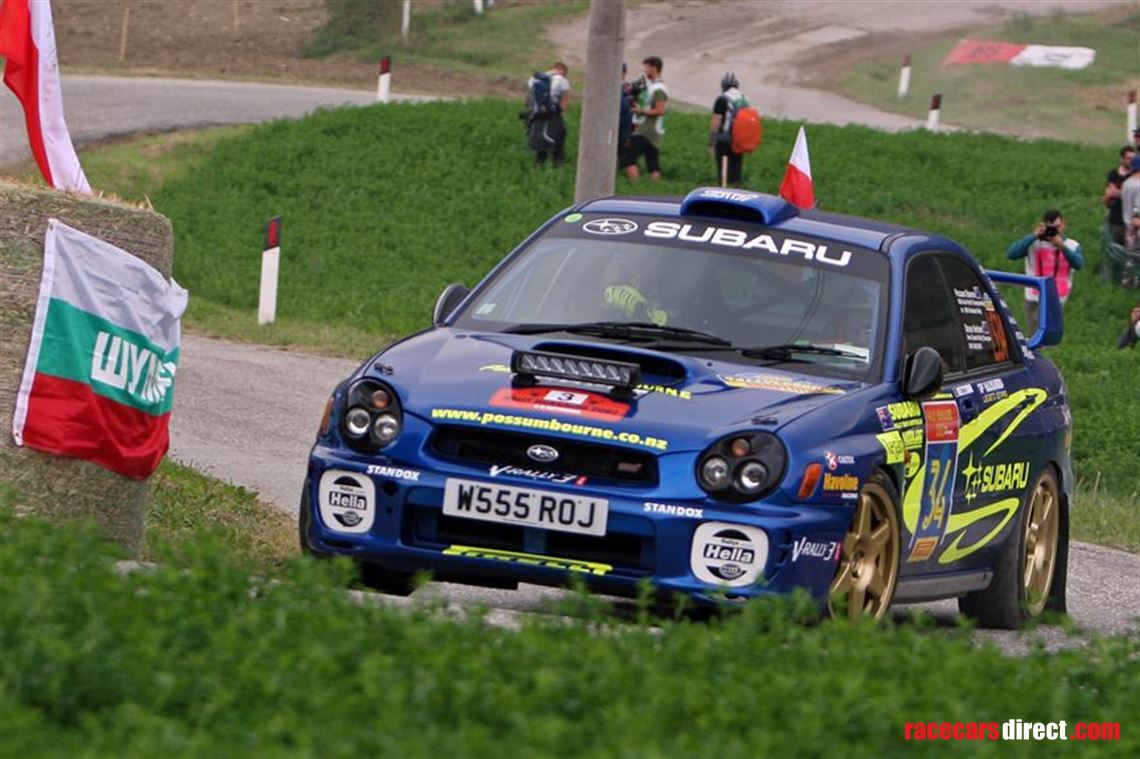 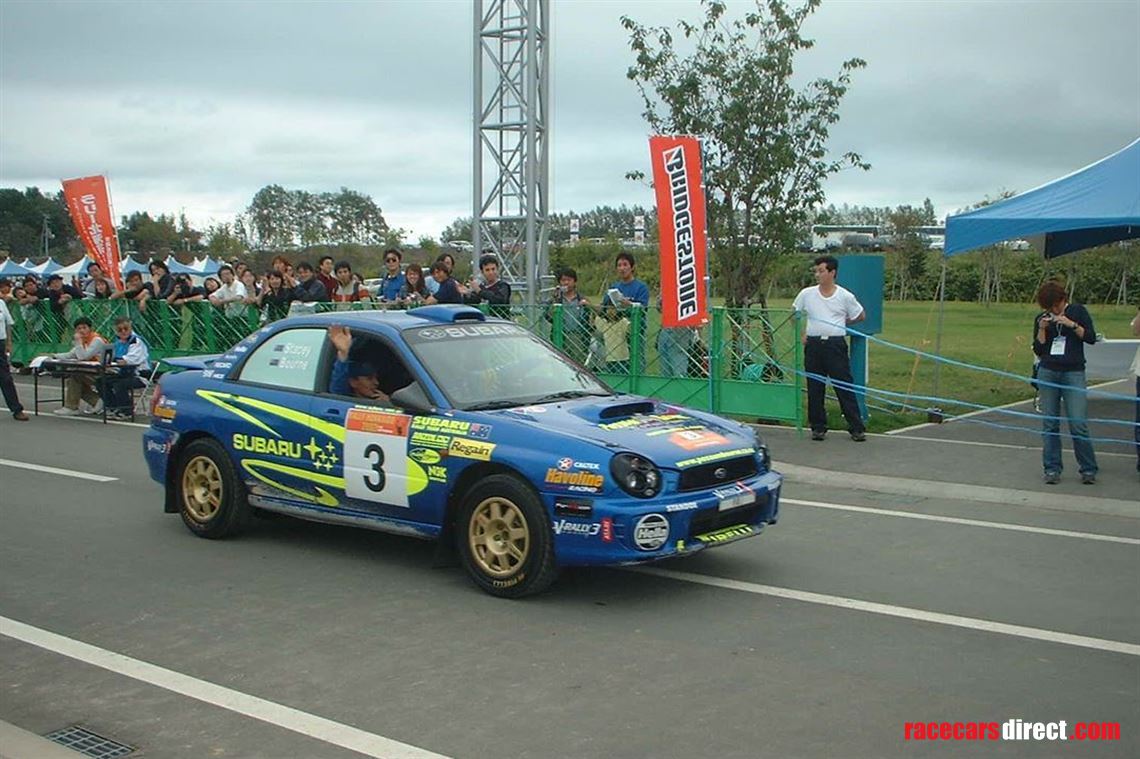 Built by Possum Bourne Motorsport (PBMS) in New Zealand for the Subaru Rally Team Australia for lead driver Possum Bourne to compete in selected rounds of the 2002 FIA Asia Pacific Rally Championship (APRC). The car was a major step forward for PBMS as it was built to be as close as possible to a Prodrive spec car, based on Possum’s experiences with the factory team.
The car went to Japan for the APRC Hokkaido Rally in September 2002, which it convincingly won. (Video coverage of the rally is available).

The car stayed in Japan for the V-Rally International Alpine Rally in October 2002, a candidate event for the 2003 APRC, where it finished 2nd.
The car has a current MSUK log book and was last run in 2019 in Eifel Rally (Germany) and Rally Legend (San Marino) and is ready to go at half the price of a Prodrive car!
Full details available on request.

A blank canvas on which to create the 2002 of your dreams.