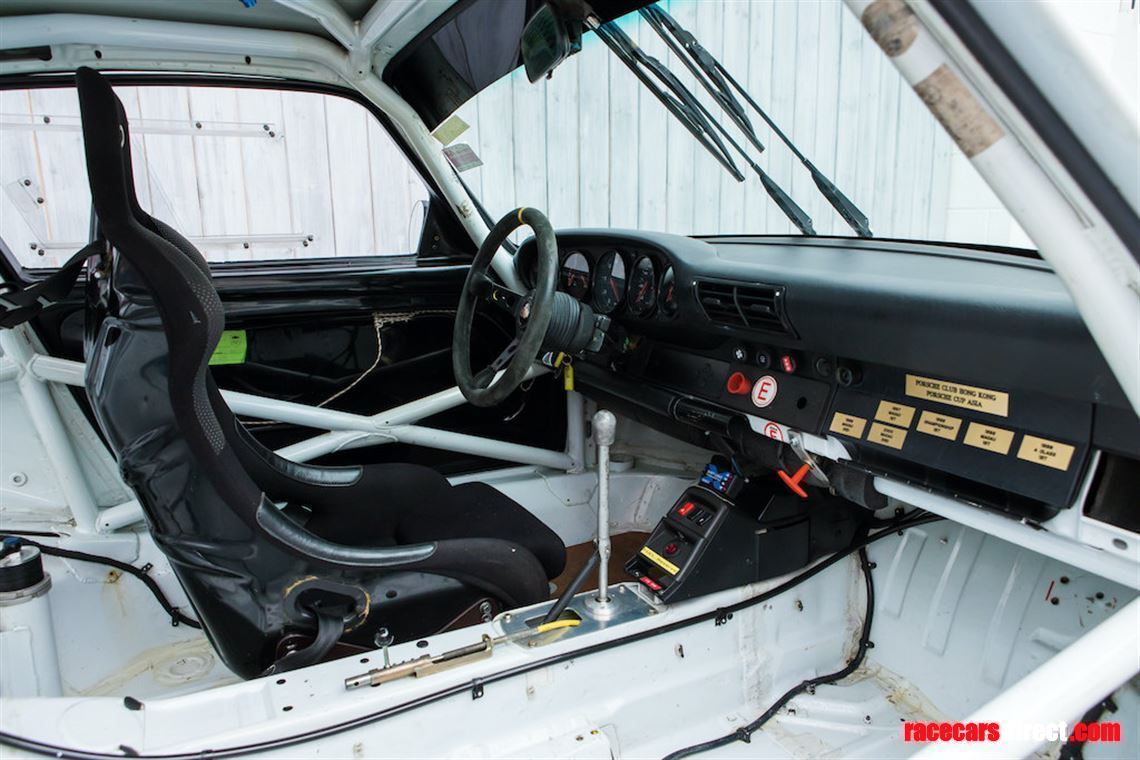 Not to be confused with the 993 Cup cars, this is one of only 45 993 Cup 3.8 RSR ever built. Supplied new with the desirable 100-litre endurance fuel tank and the rare cockpit operational ABS disarm option, still on its original shell and with a clear and clean history; this is a very rare car indeed.

Driven to 3rd place at both Macau in 2000 and Malaysia in 2001 by its second owner Dick Lau before selling to well known Australian Porsche racer and former manager of Porsche Motorsport Asia, Don Tryhorn, who raced the car in Australia.

Sold to its last owner, Paul Howells, in 2007. As the 993 RS Register secretary with the Porsche Club GB and a highly regarded racer and collector in the UK, Paul raced 398089 in the Porsche UK Open Series on and off for three seasons. An early supporter of the Endurance Legends, now run by Peter Auto, 398089 featured in three Endurances Legends demonstrations at Silverstone Classic as well as at events in Portimao and Estoril.

An ideal potential entry for Le Mans Classic or the Daytona Historic 24 Hour and one of a small number of privileged racing Porsche to carry the hallowed RSR title.