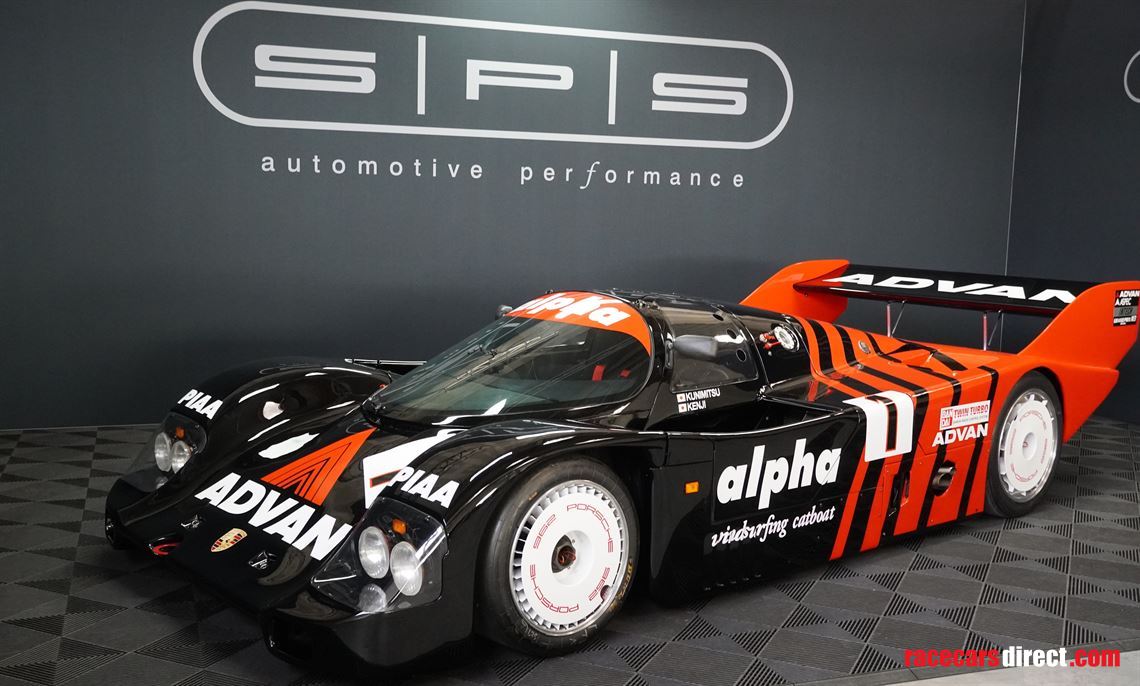 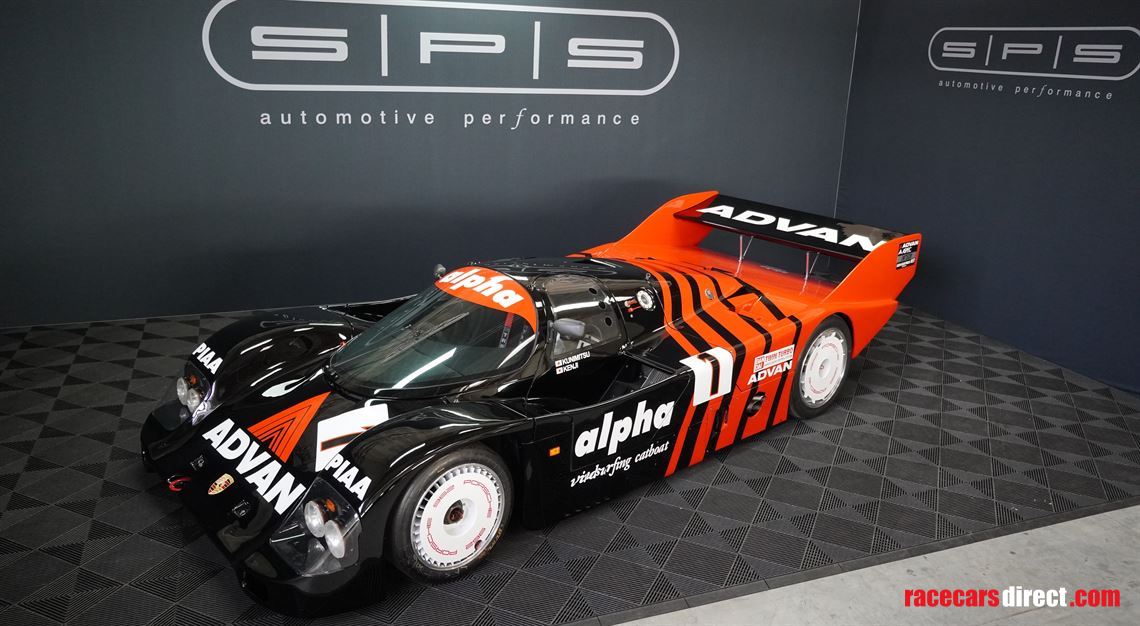 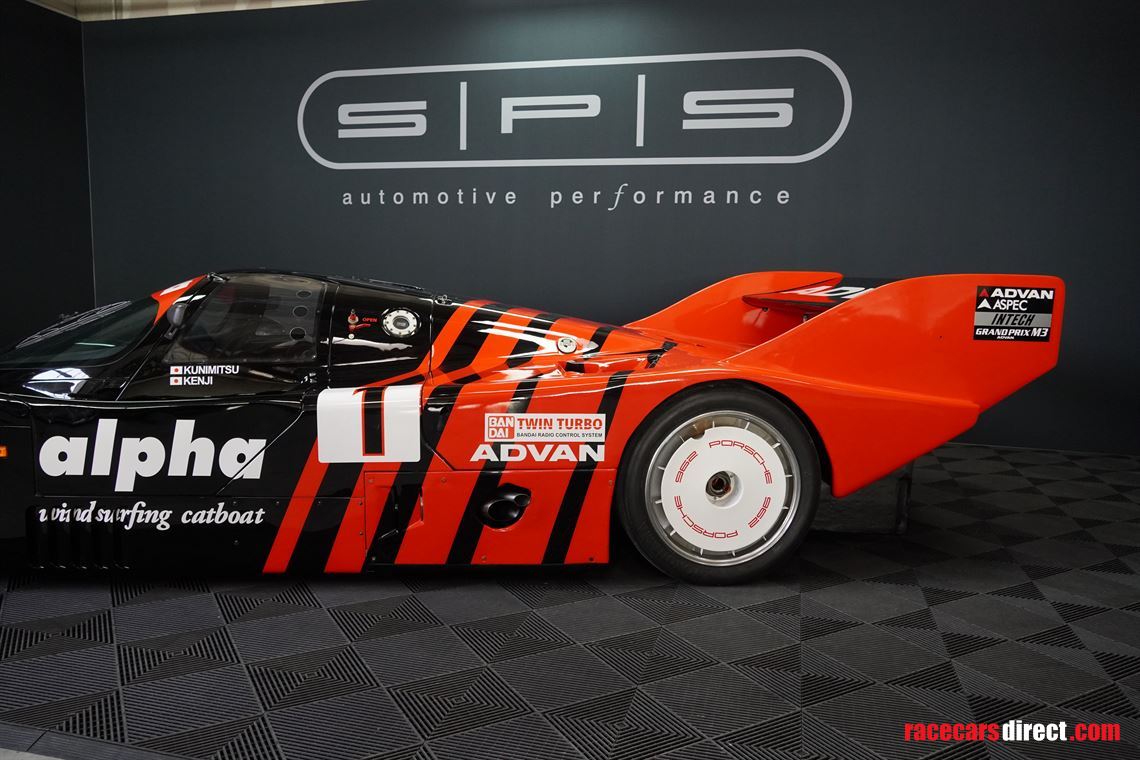 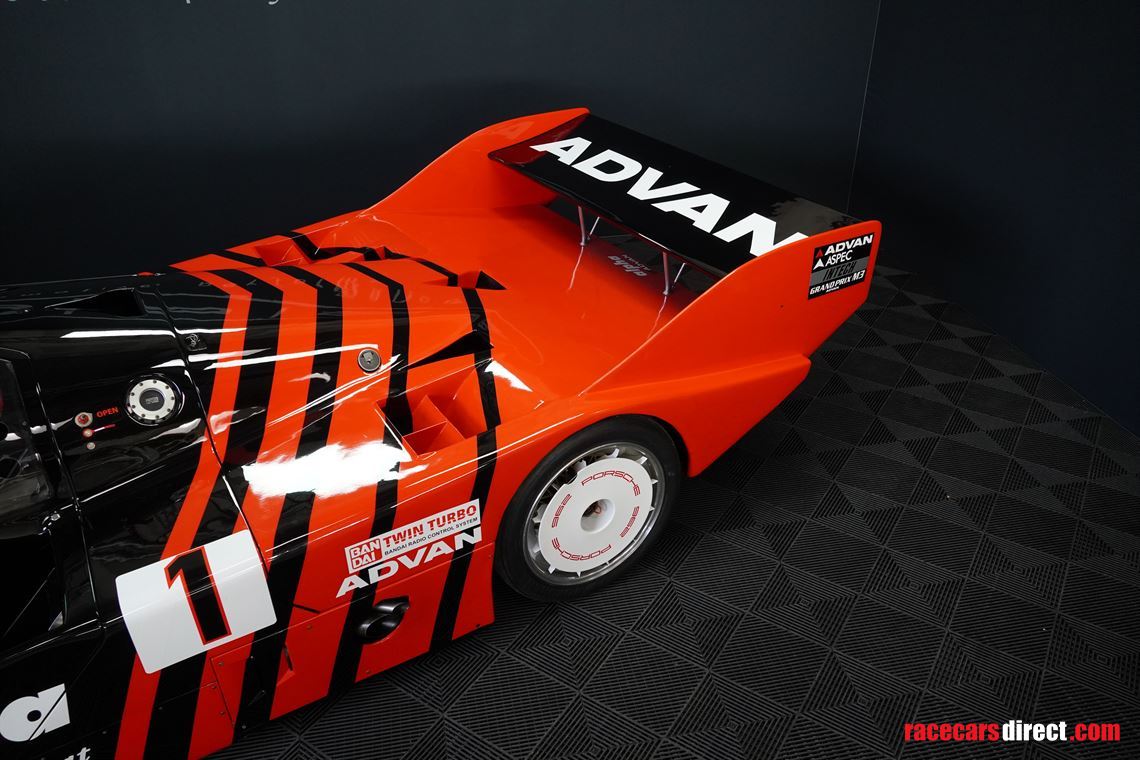 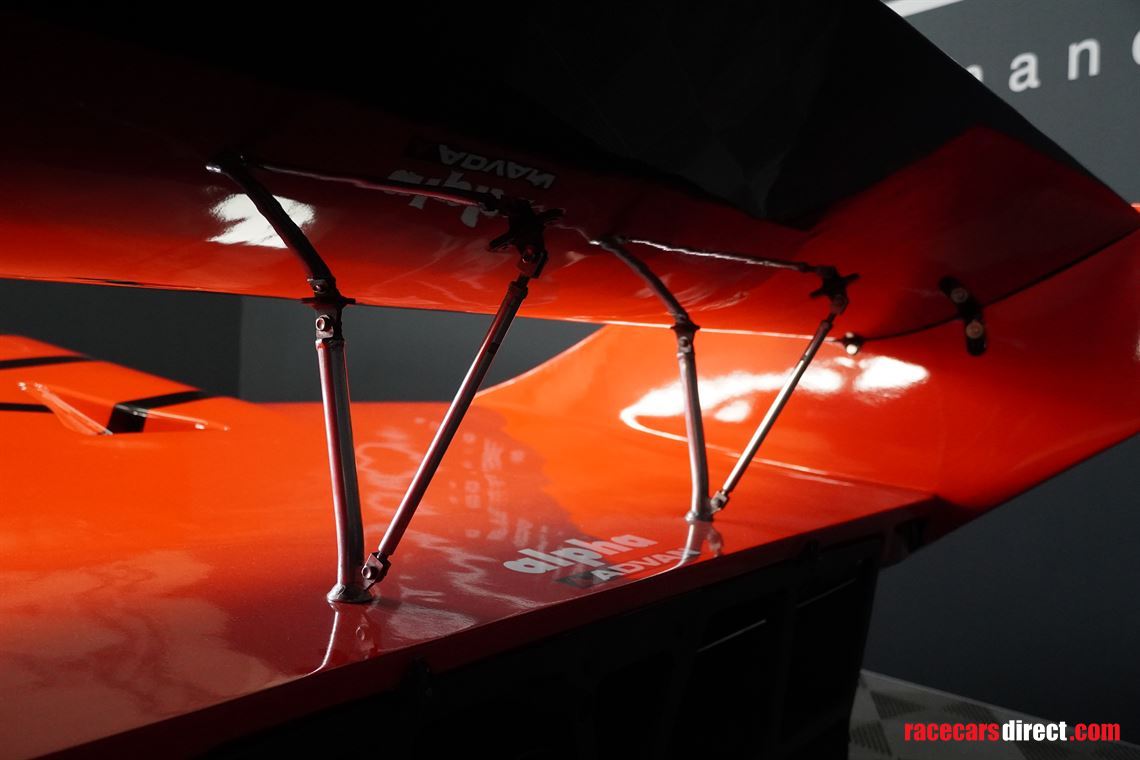 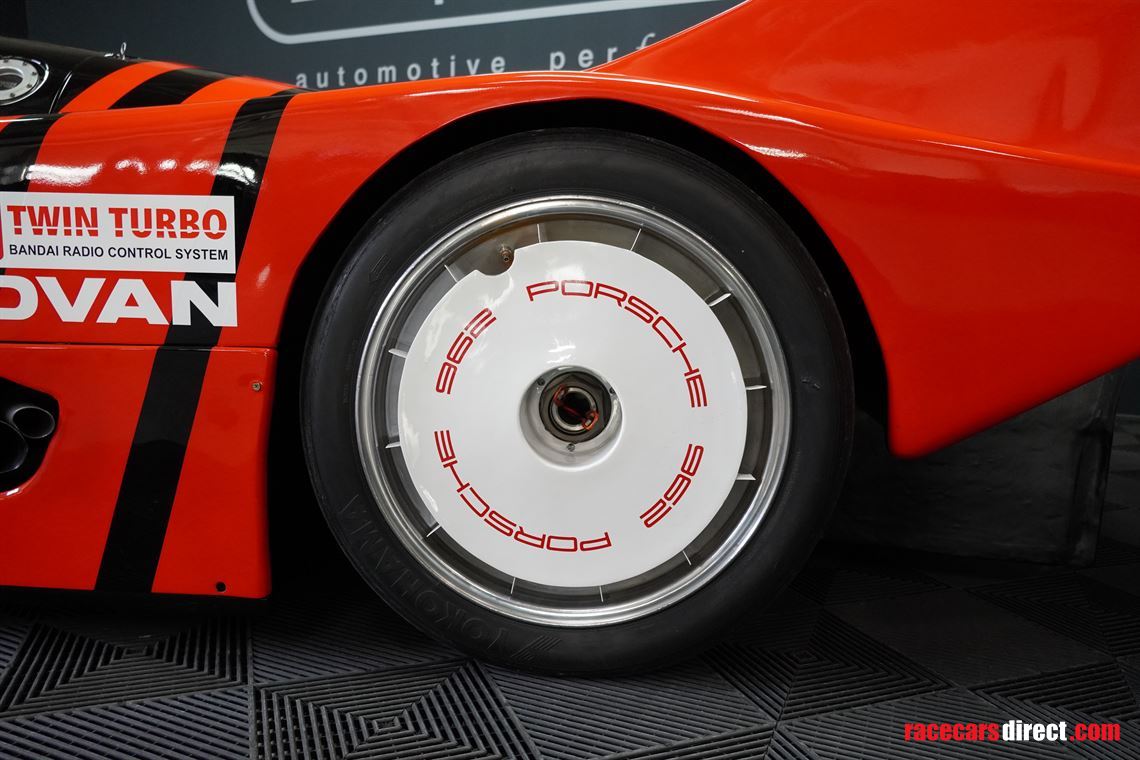 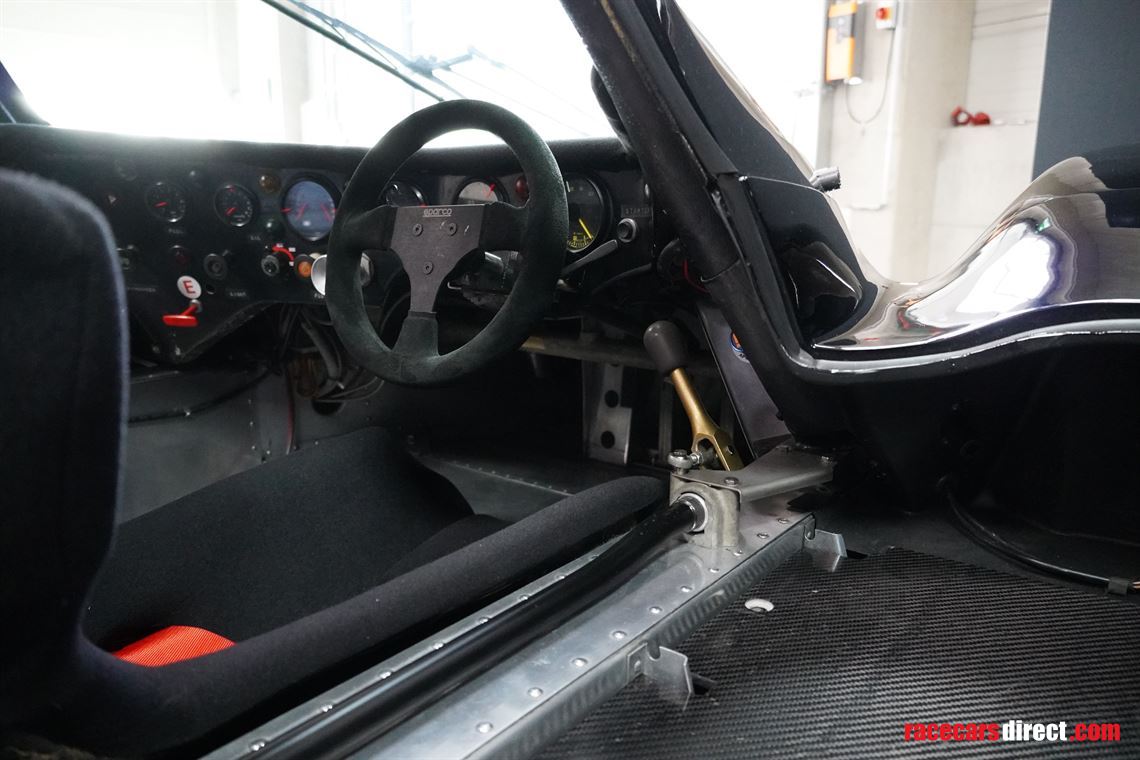 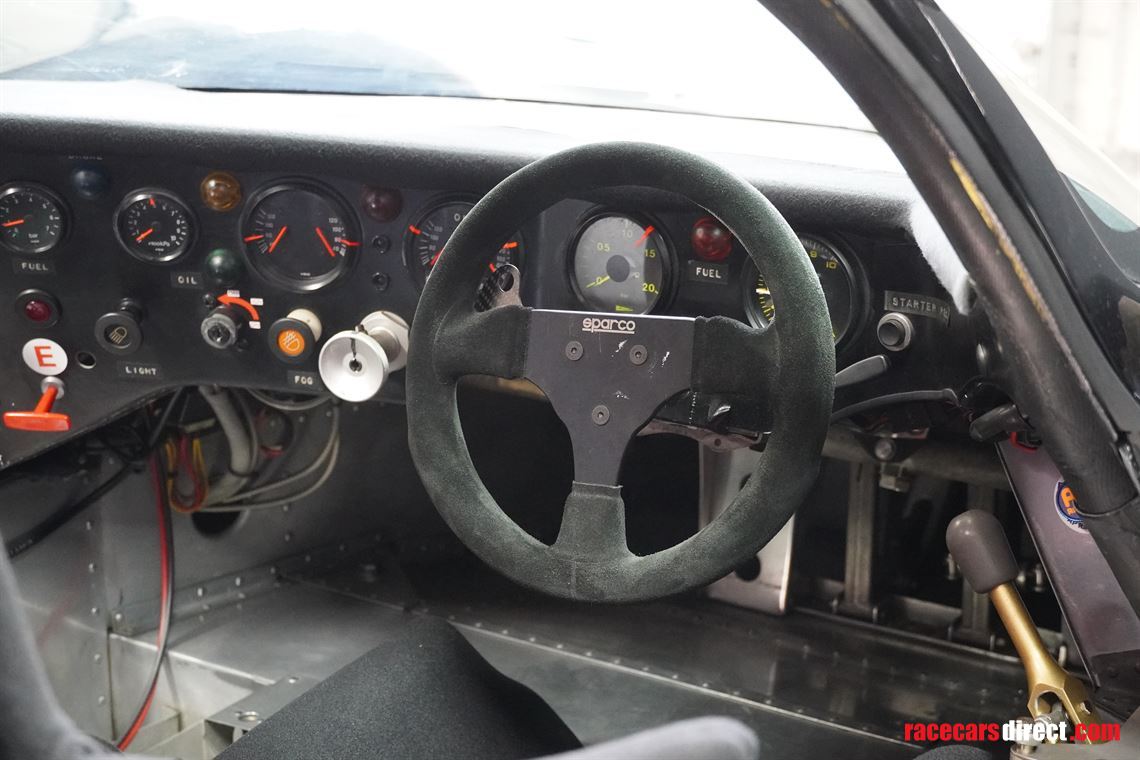 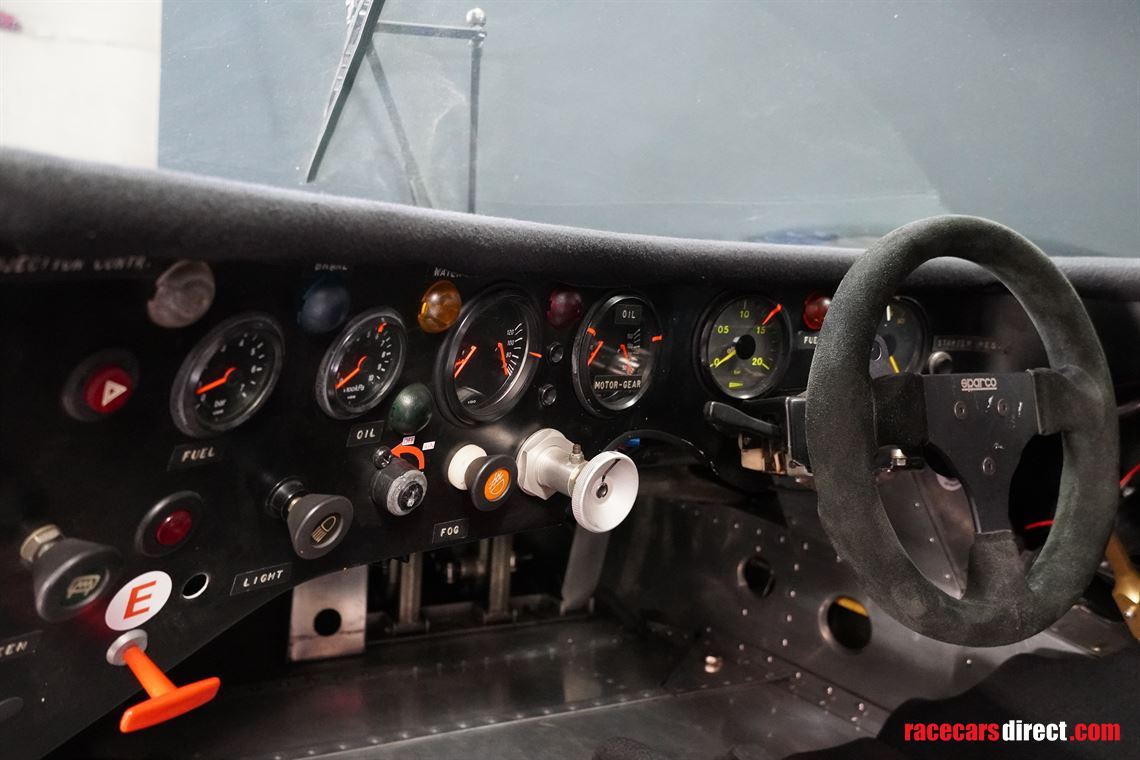 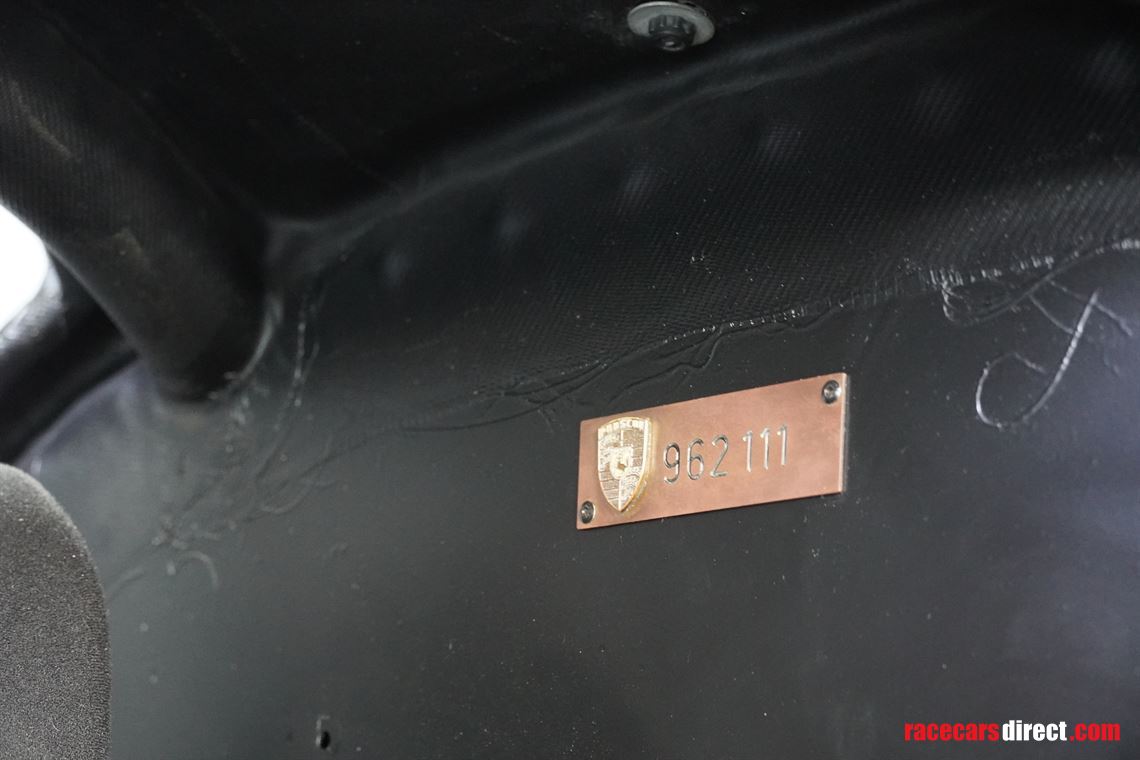 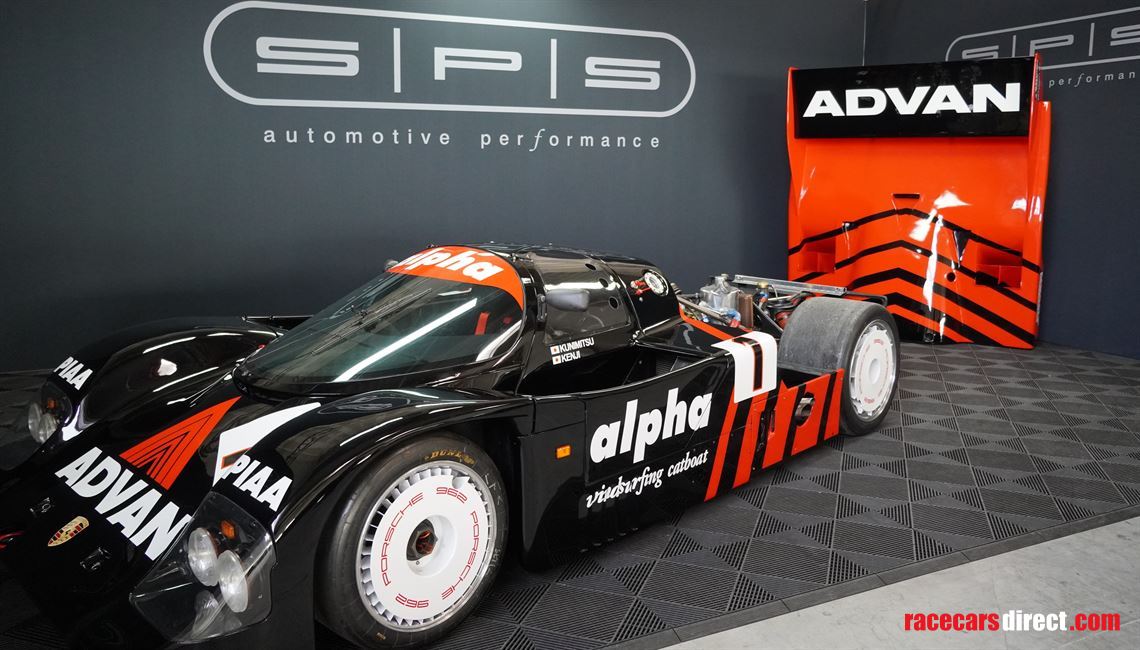 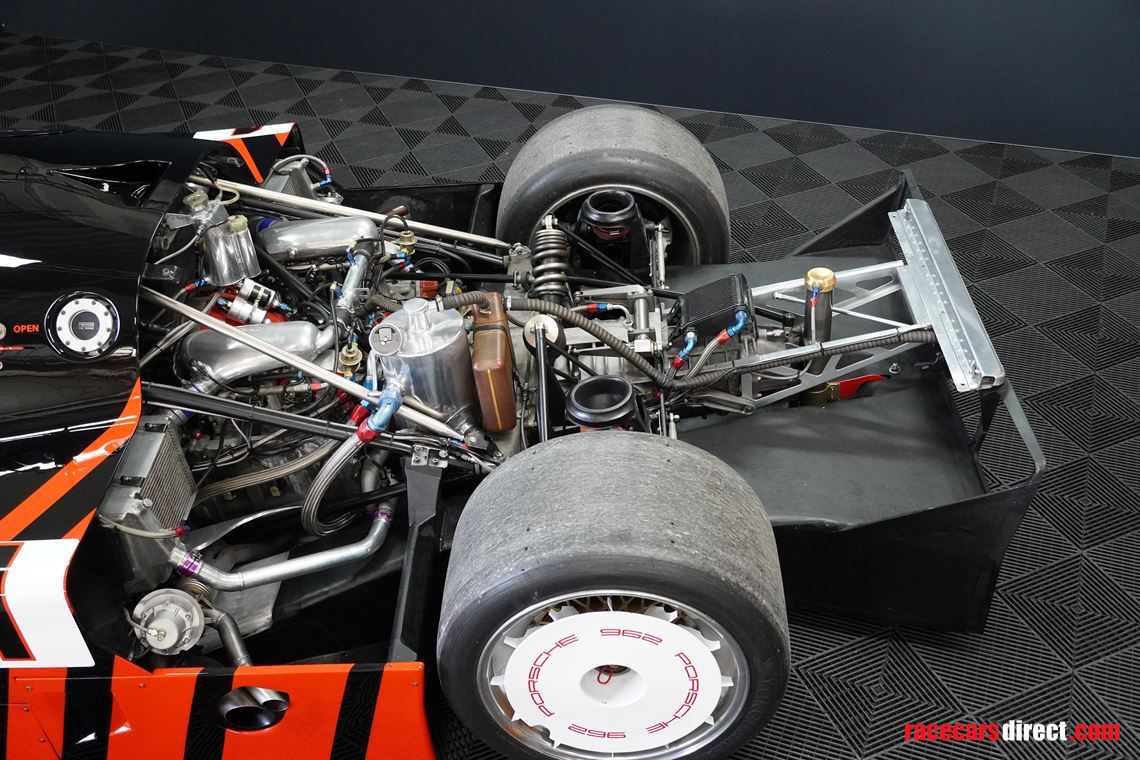 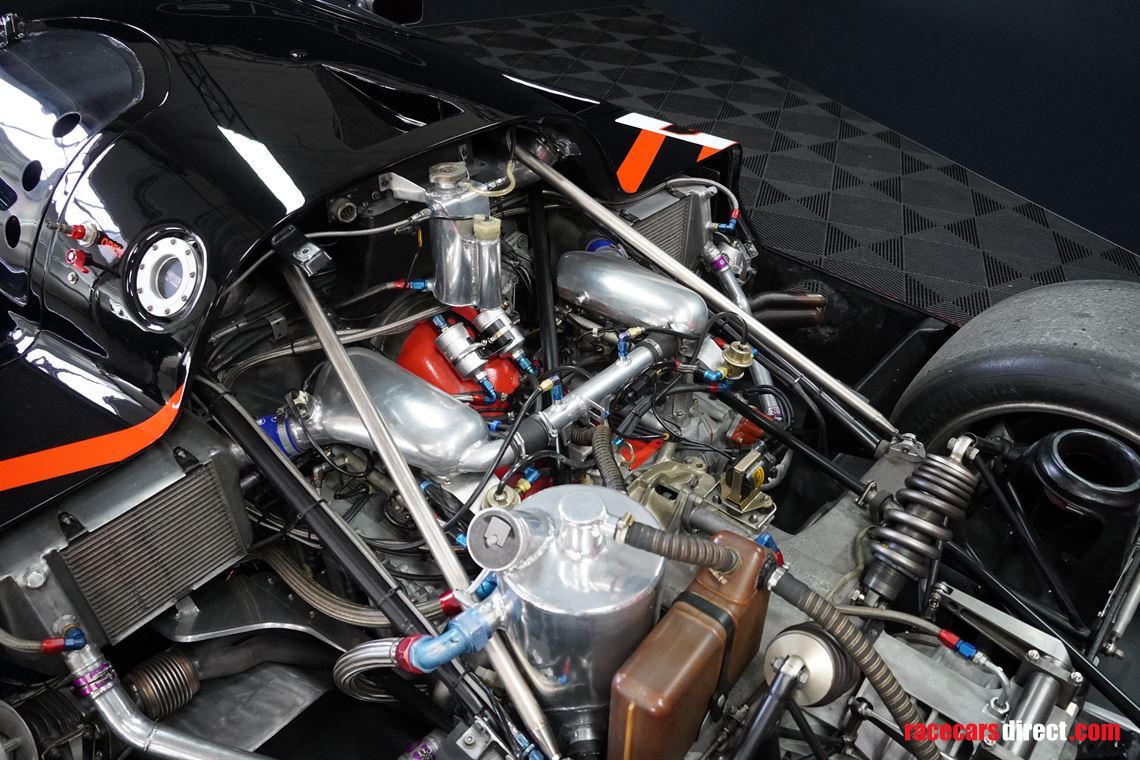 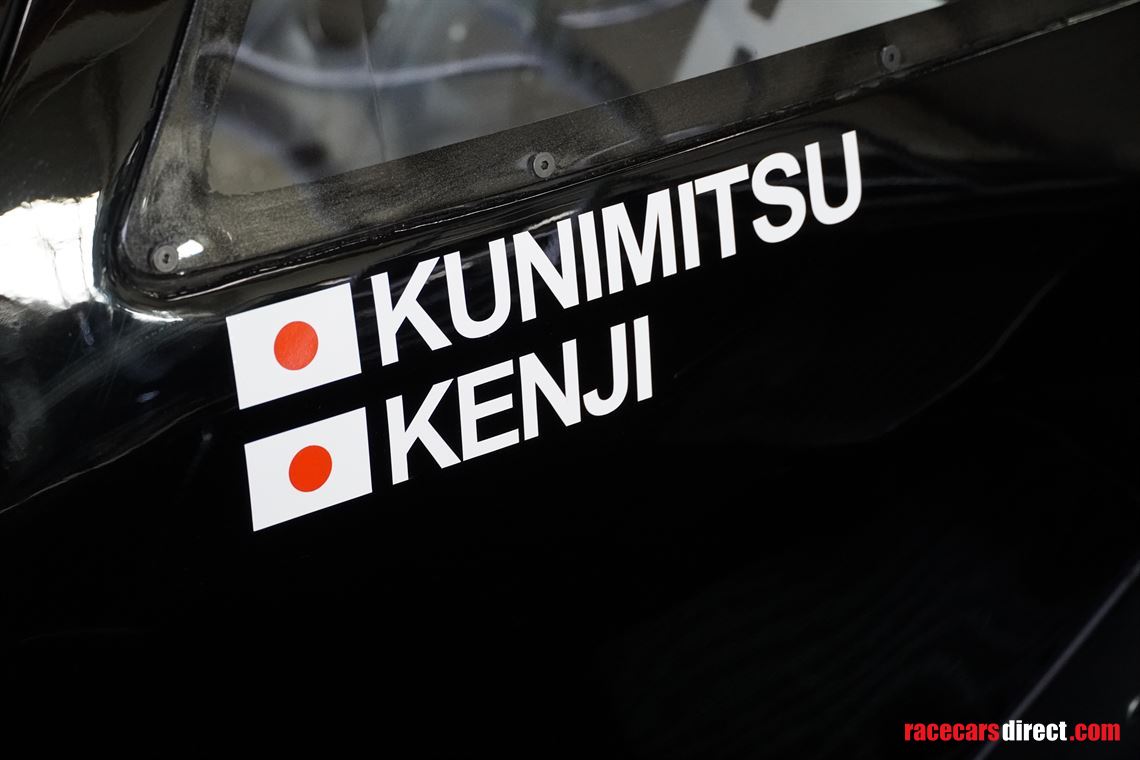 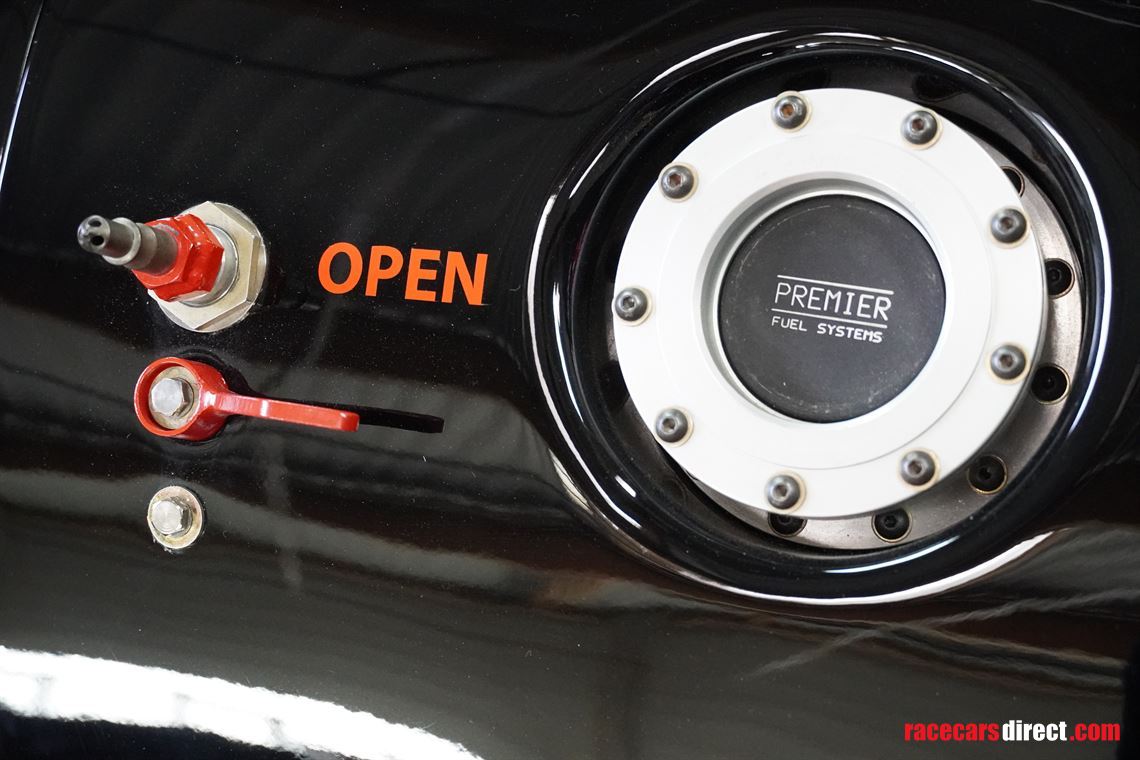 This car was the first 962 in Japan, delivered in February 1985 to Nova/Trust Engineering. In this year that 962 with the N° 25 took part in the “All Japan Sports Prototype Championship” where it has achieved 3 victories with the drivers Kinimitsu and Kenji Takahashi and so the Nova Advan Alpha Porsche was the winner of the Japanese Sportscar Manufactures Championship as well the drivers’ championship in 1985.

In 1986, No° 25 with the same drivers Kinimitsu and Kenji Takahashi, could again win the Manufacture and Drivers championship in the “All Japan Sports Prototype Championship” with another 2 Overall wins. The duo also took part at the 1000km Fuji in the FIA World Sportscar Championship, where they finished 8th.

In 1987 Chassis number 111 changed to the starting number 27 and with the livery Nova FormA achieved 1 victory at the 500 km Suzuka with the drivers Mike Thackwell and Hideki Okada in the “All Japan Sports Prototype Championship”. For the 1000km Fuji in the FIA World Sportscar Championship Kinimitsu Takahashi and Kenneth Acheson started again with no° 25 and finished 11th.

In 1988 the drivers Kinimitsu Takahashi and Kazuo Mogi started with the well-known livery Advan Alpha and the No 25 in the FIA World Sportscar Championship at the 1000km Fuji race and finished 6th.

In the last year of #111 in Japan, the car took part in a single race at the FIA World Sportscar championship in Suzuka with the livery of the Swiss Team Salamin BATSU and finished 16th.

After a total restoration at Porsche Weissach in 1992 the car was sold via Symbolic Motor cars to a collector.

In 2002 the car was in the collection of David Scaife and was running at 2 Porsche Club of America races. After the second race the car was sent to Kelly Moss Motorsports and disassembled. In the same year, the car was bought by private collector in Massachusetts and in 2004 sold to a collector in Great Britain.

Since 2014 the car is stored at SPS automotive performance and was running at Trackdays in Brno and Paul Ricard with a total milage of 470 km. After that the car got a full restauration included engine and gearbox and is now in an excellent condition and ready to race.

I will sell them individually.