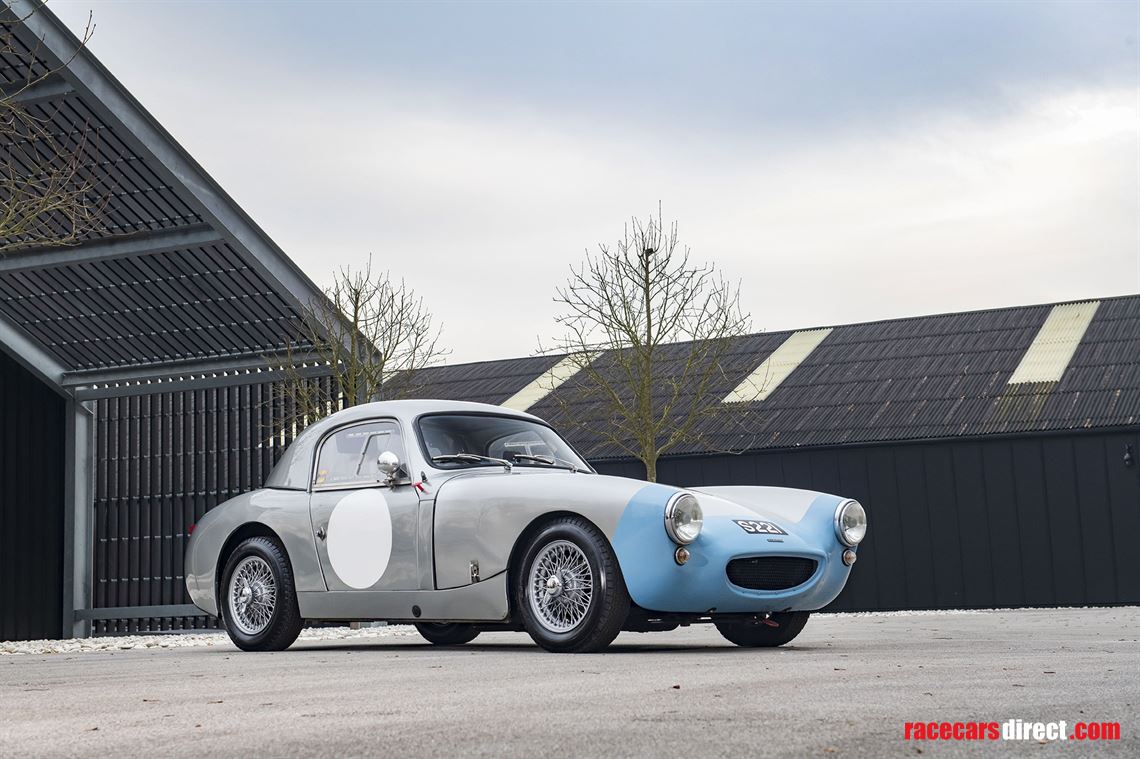 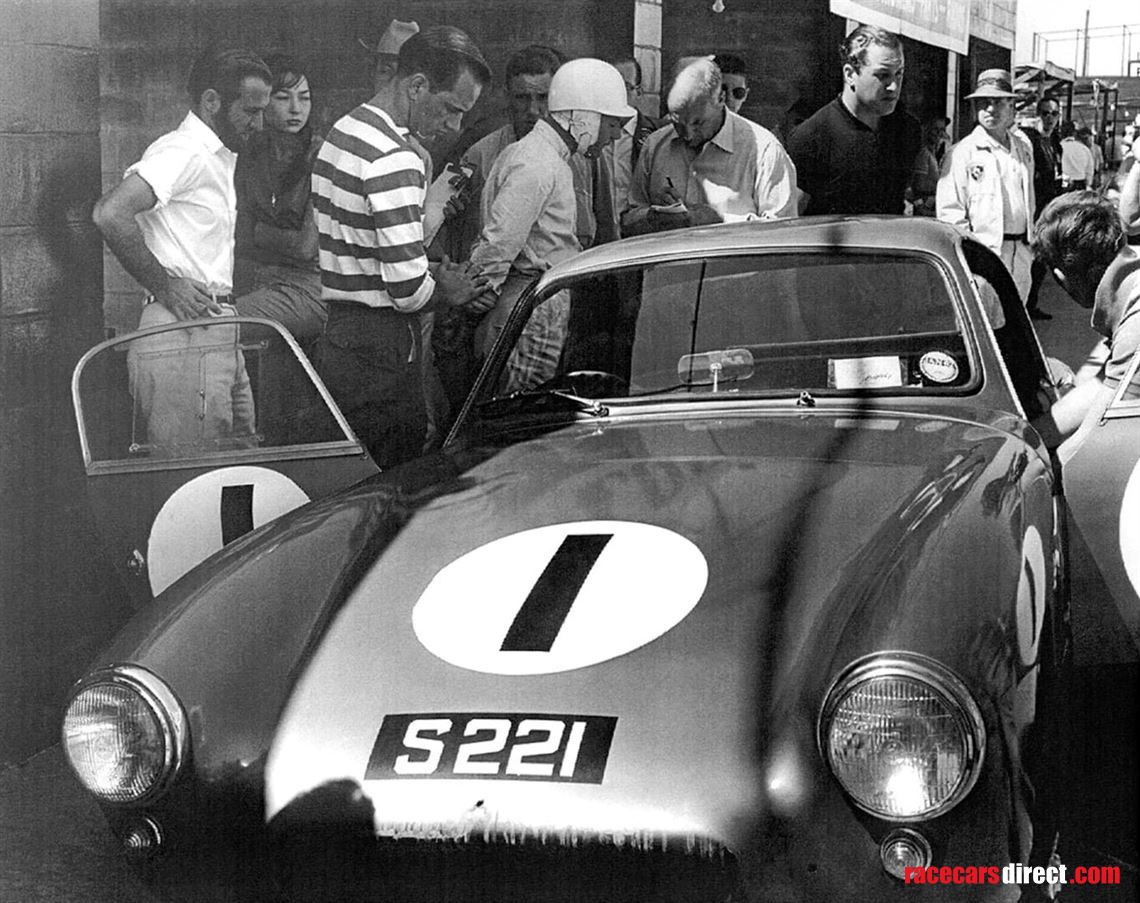 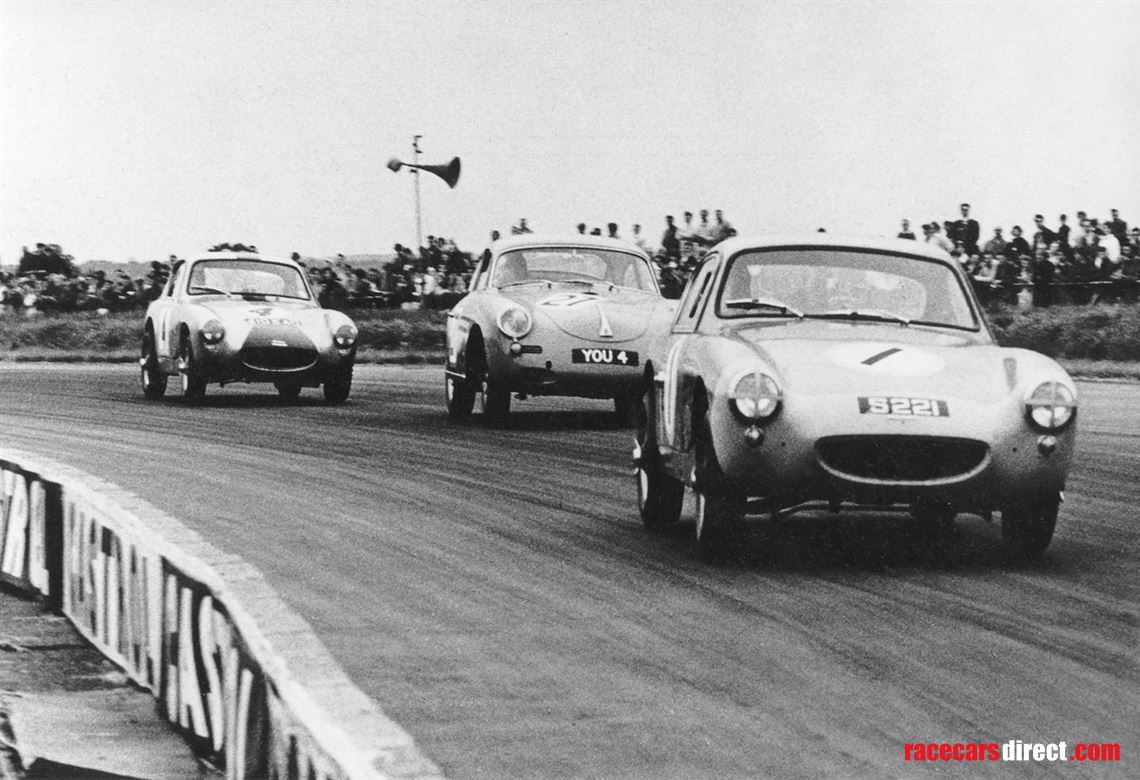 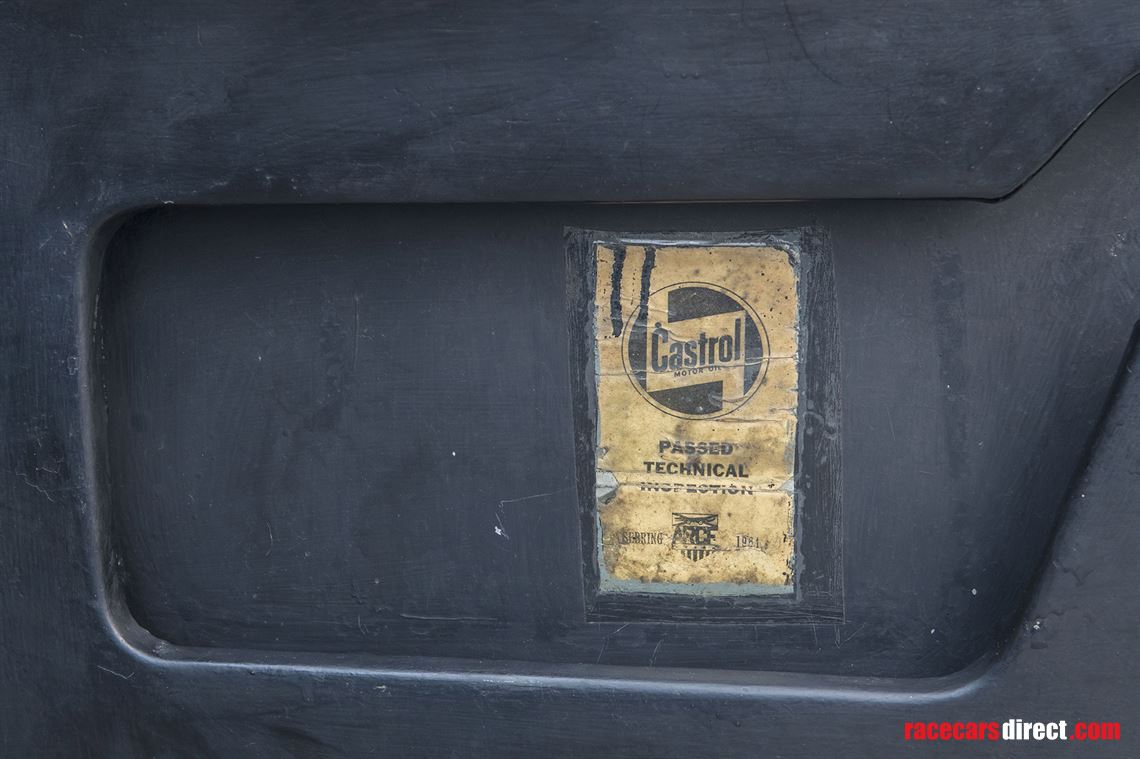 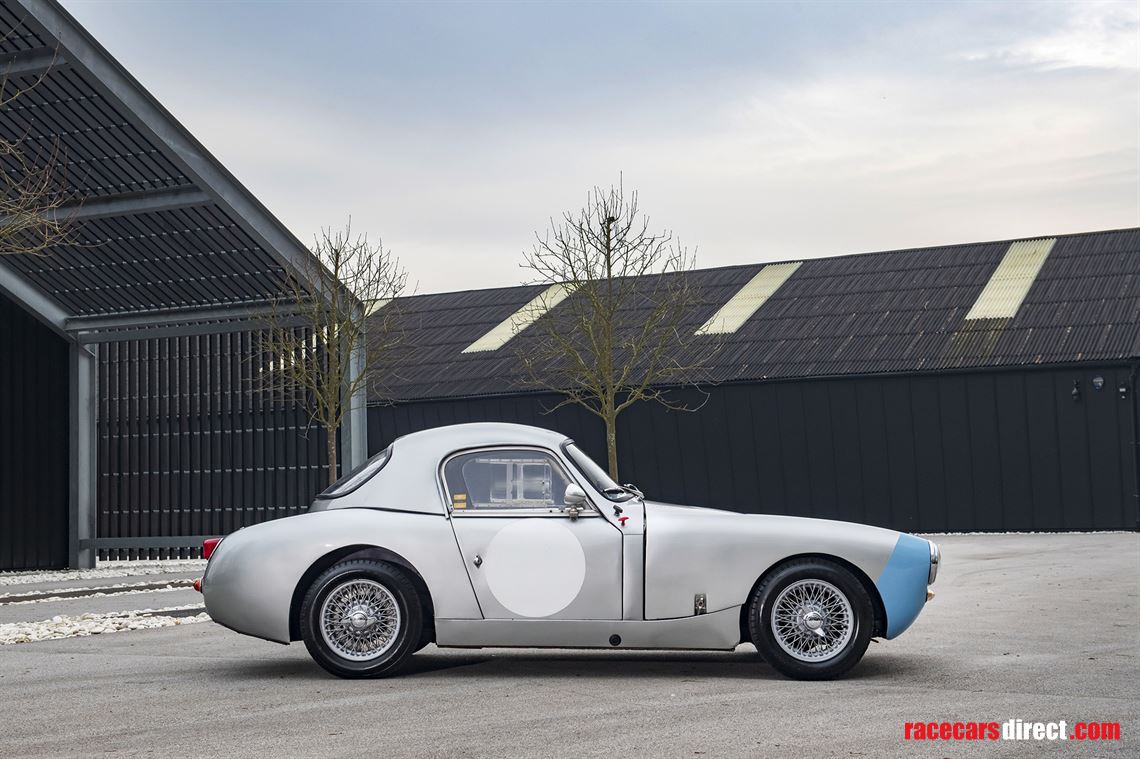 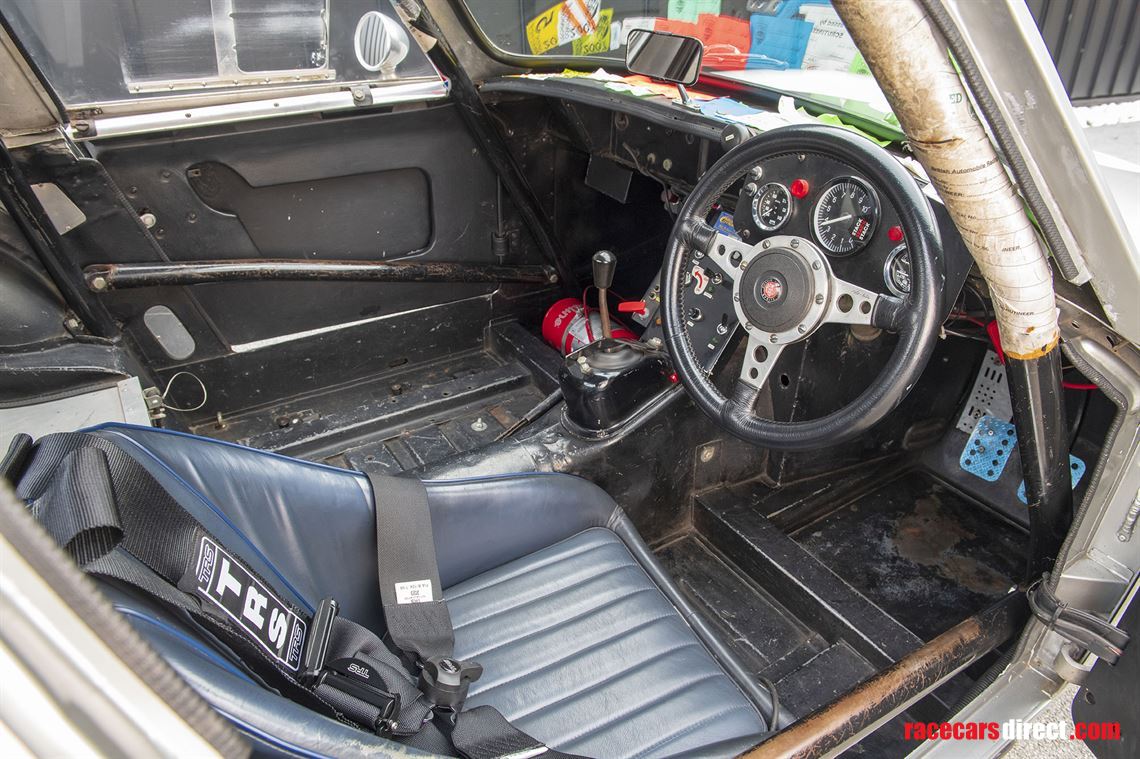 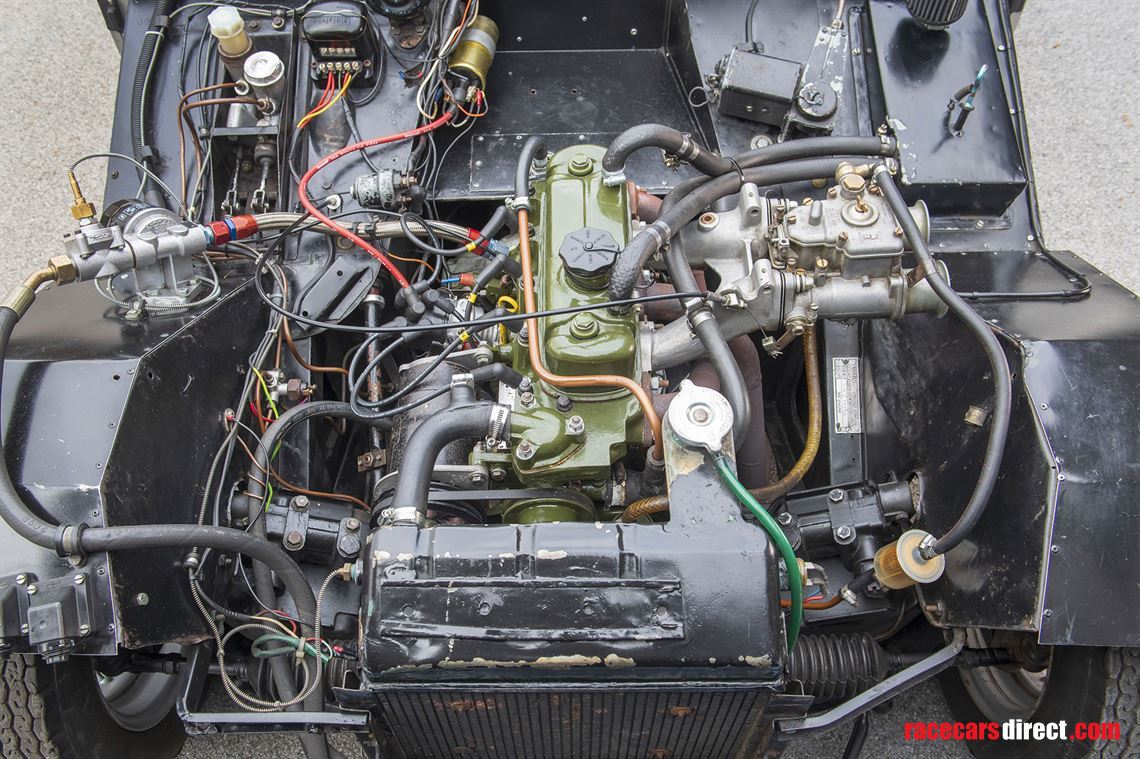 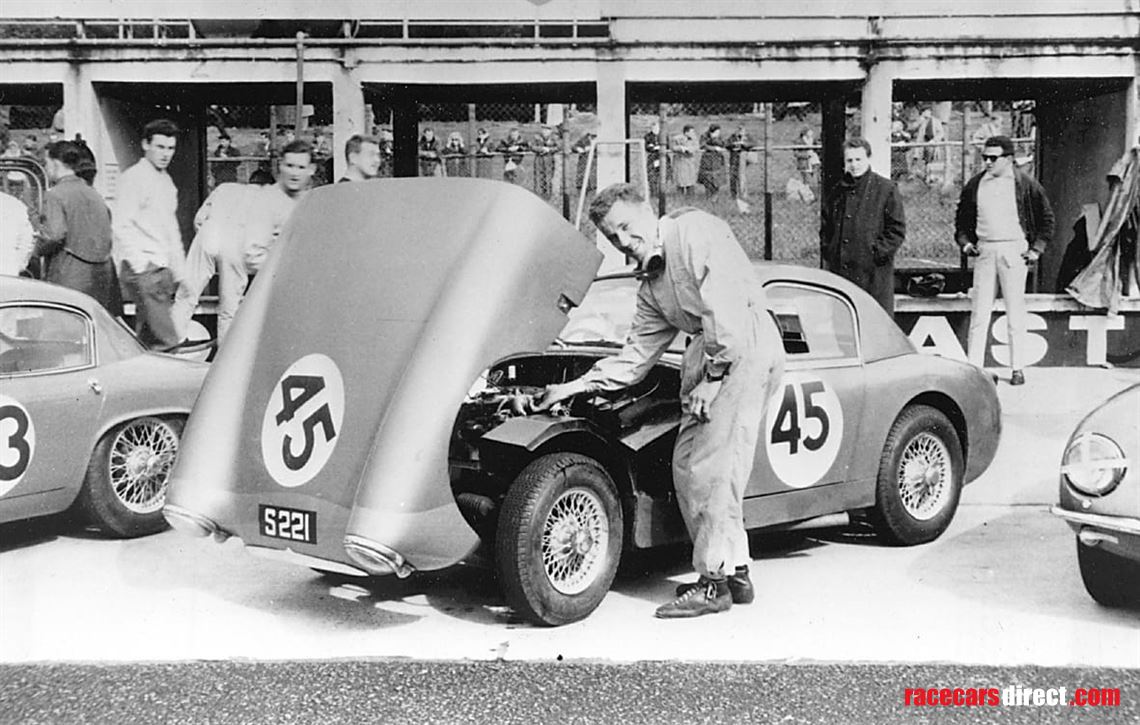 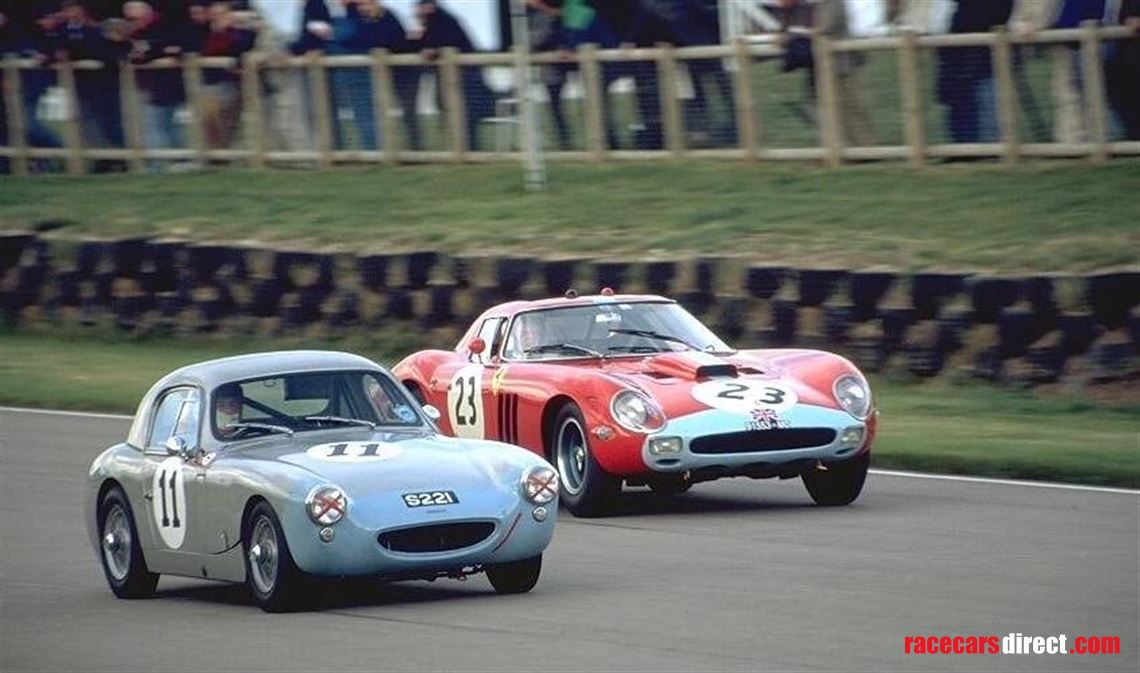 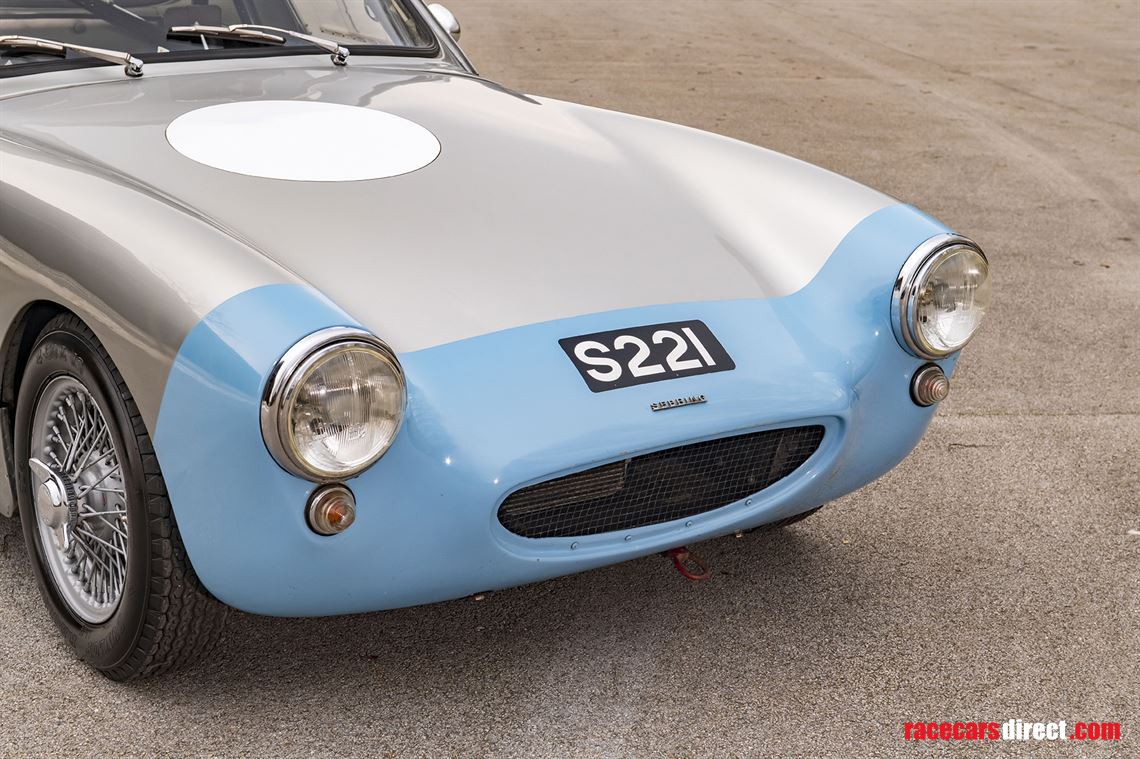 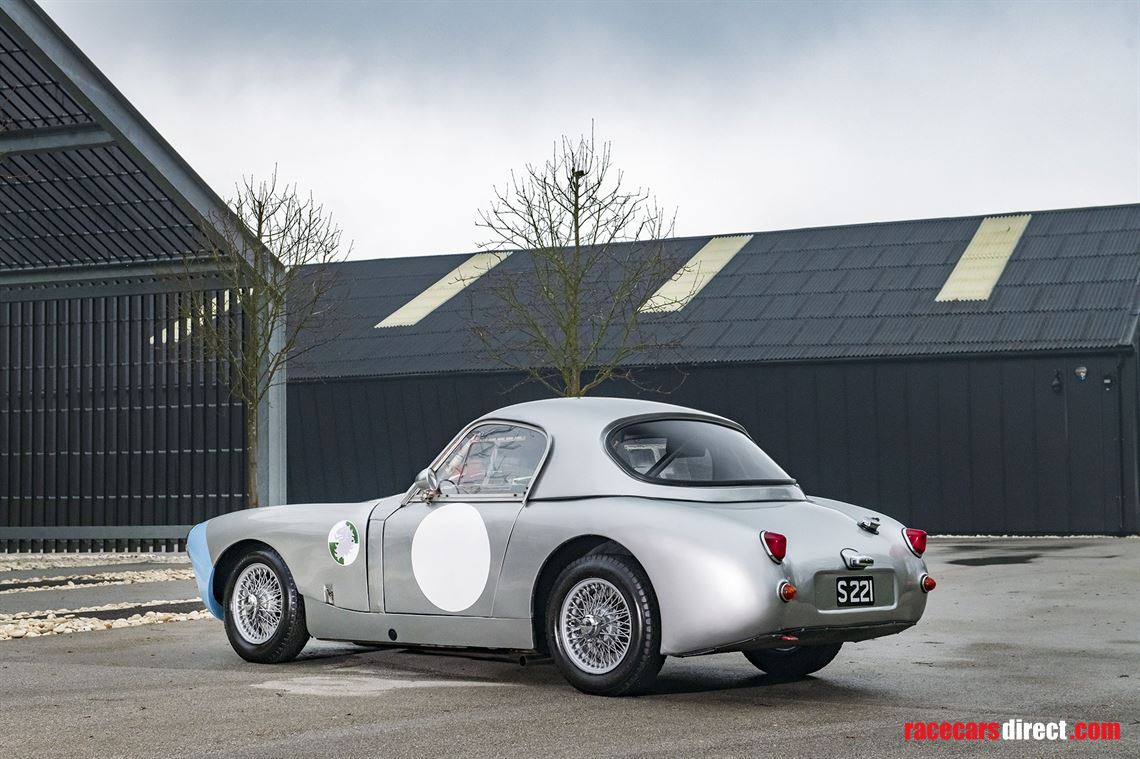 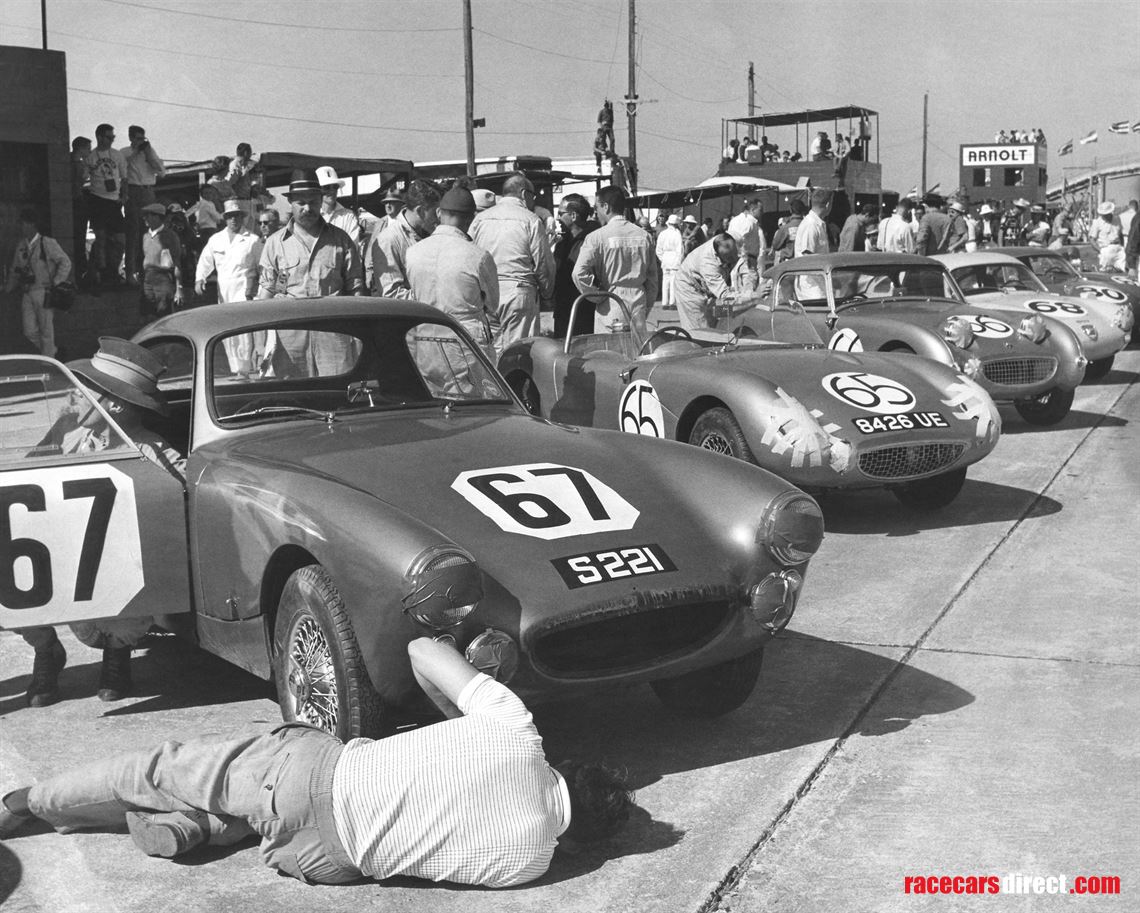 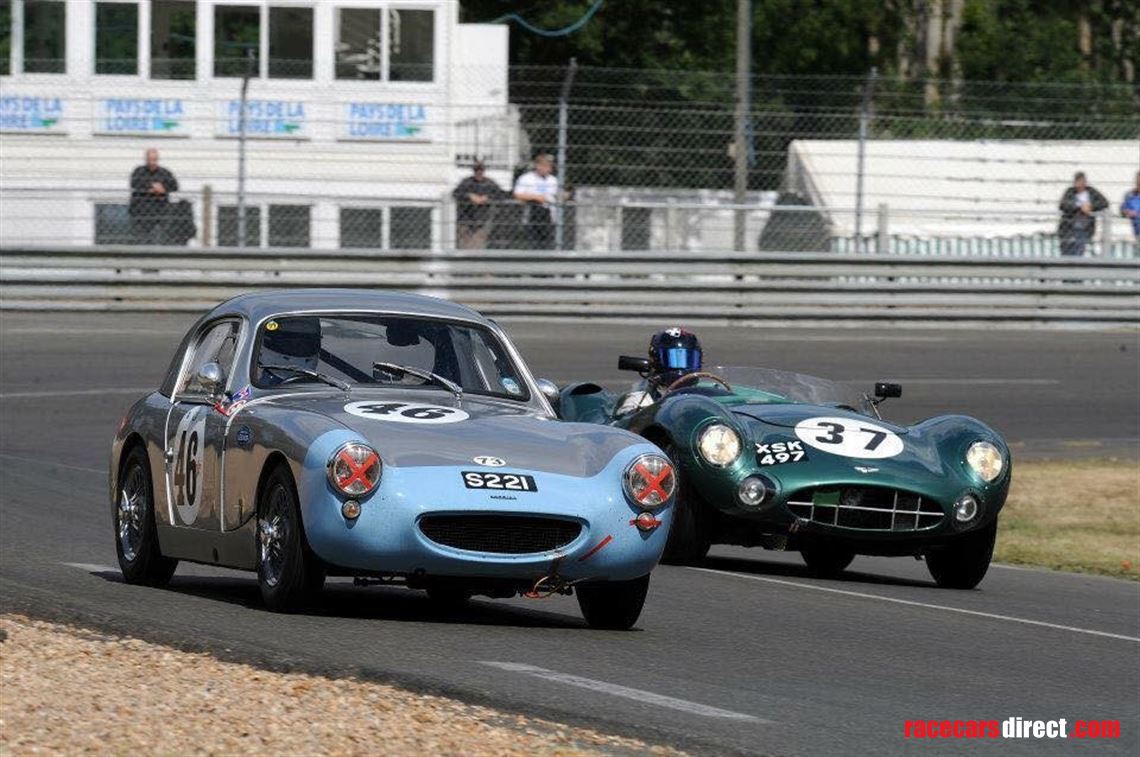 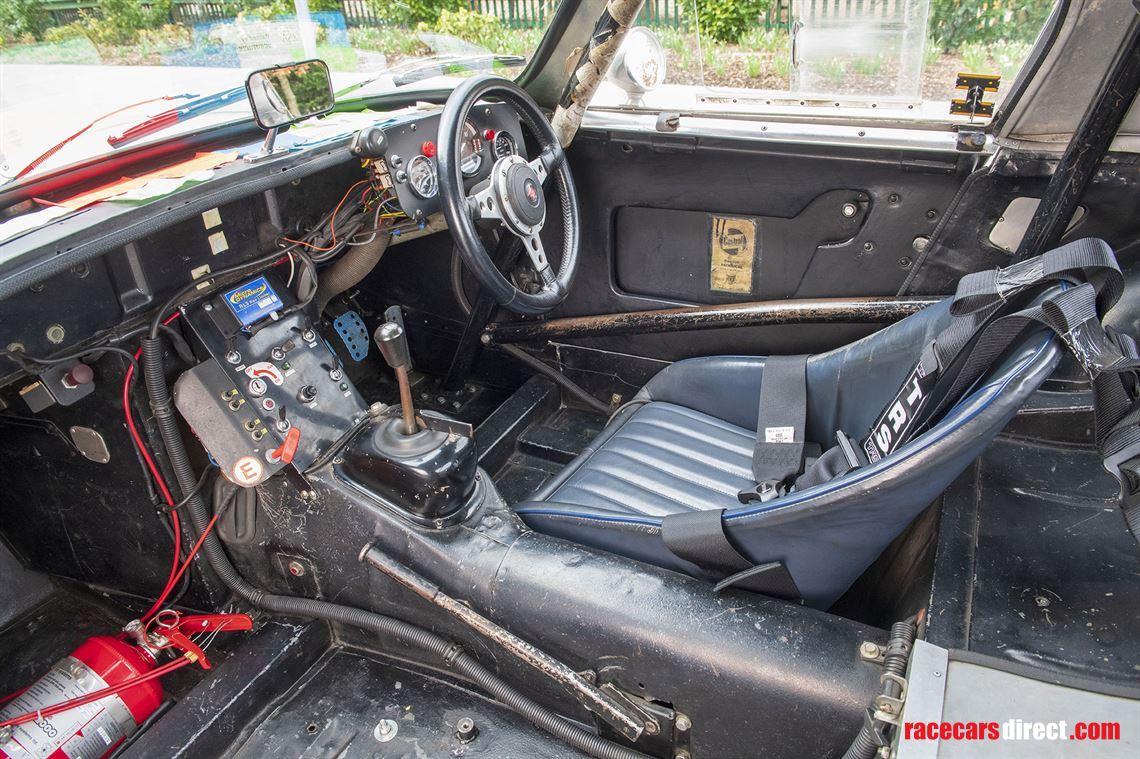 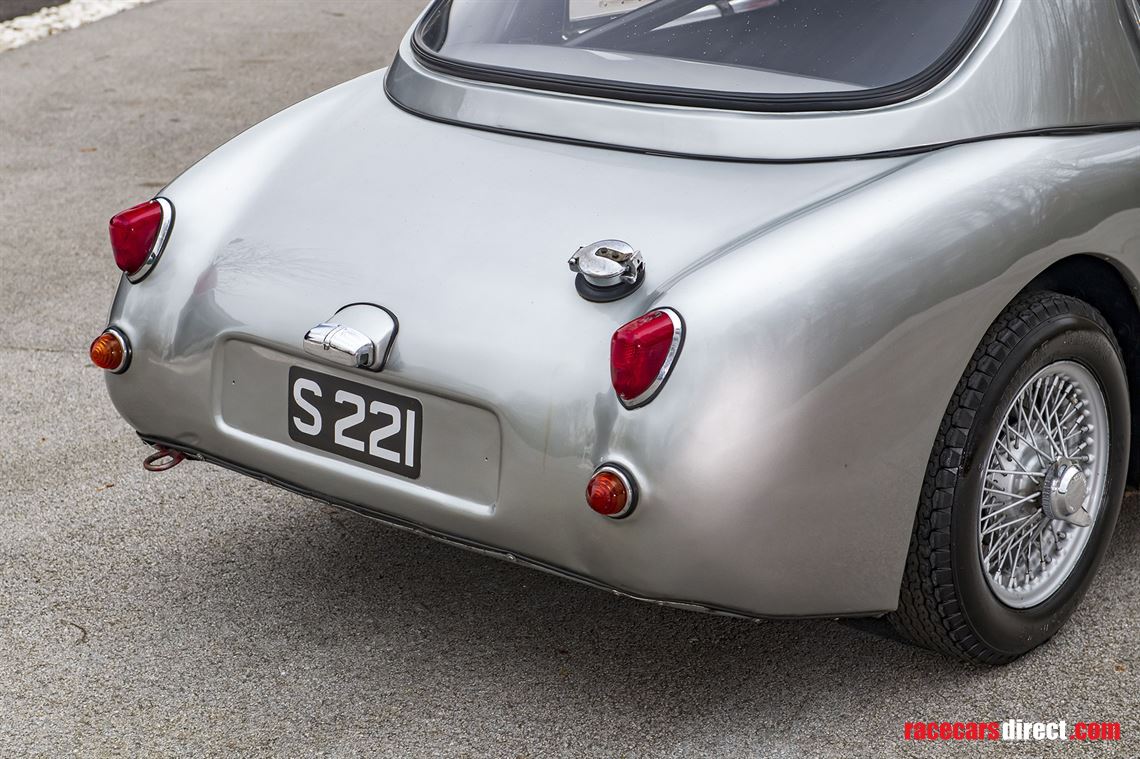 One of the most famous Austin-Healeys in competition history, S221 was initially run as part of ‘Team 221’ with Paul Hawkins/Cyril Simson taking driving duties. In its first year of competition, 1960, S221 would compete in some of the great European races including Nürburgring 1000km and 500km, Grand Prix de Rouen, and Goodwood’s RAC Tourist Trophy – taking an impressive class win in the Nürburgring 500km.

Over the winter of 1960/61 S221 was delivered to John Sprinzel, for it to be further modified for the 1961 season. In addition to the usual Sebring 'mods' already fitted (wire wheels, front disc brakes, etc), S221 received an aerodynamic lightweight body built by Williams & Pritchard Ltd. Soon after S221 was entered into the Sebring 4hr for Pat Moss and Paul Hawkins. The car was practiced by the late, great Stirling Moss (who was to partner Paul Hawkins with it) although, due to a slipping clutch, he transferred to John Sprinzel's sister car 'PMO 200'. After 7th overall in the 4hr, the car was prepared for the flagship 12hr the following day - S221 coming home 4th in class. Back in Europe, the Nürburgring 1000km was a DNF, followed by 3rd in class at the Brands Hatch Peco Trophy. S221 would then pass to Peter Clarke, who re-registered it 'JT51'. 7th overall in the Holmpatrick Trophy at Dunboyne, Ireland, a 1st overall at Snetterton and a DNF would cap off the 1961 season.

S221 would continue racing for some years before eventually finding its current owner who has raced the car at Le mans Classic, Goodwood Revival and many other fantastic historic meetings. Today S221 is one of the most eligible, original and useable historic race cars. A proper works car, driven by some of the great names at the great circuits, and sensibly priced.

Ready to fit and go racing !

Fun to drive, fast as an arrow