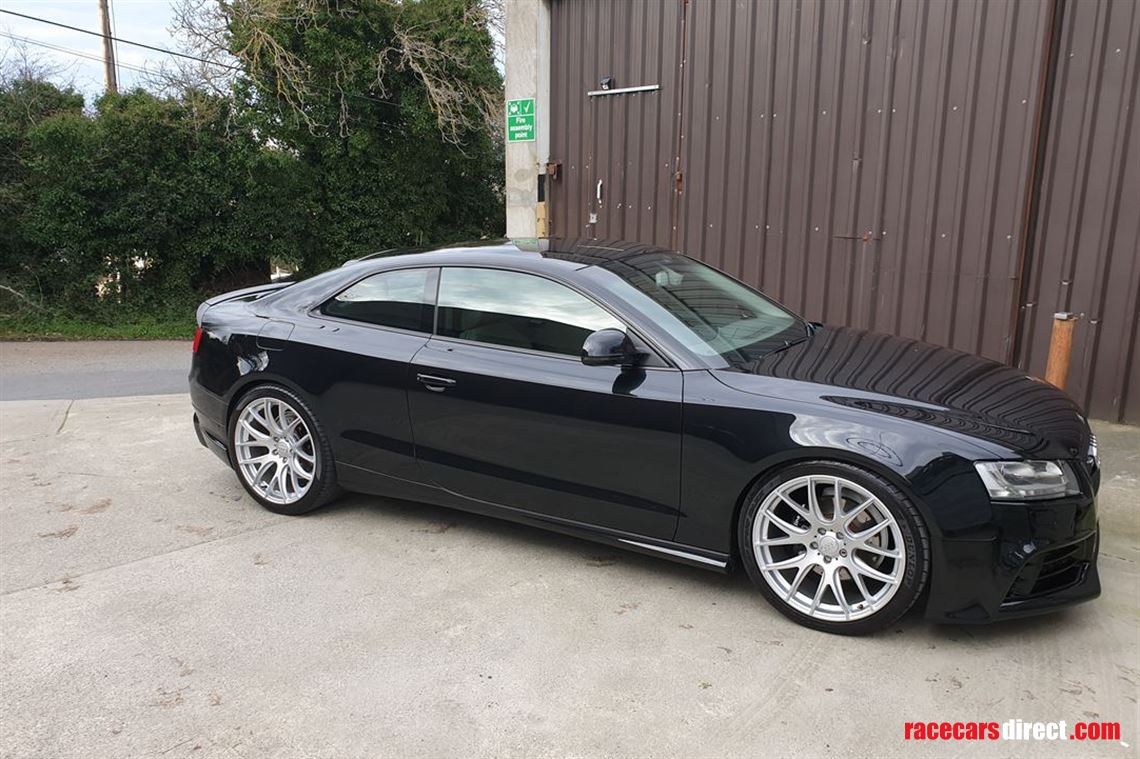 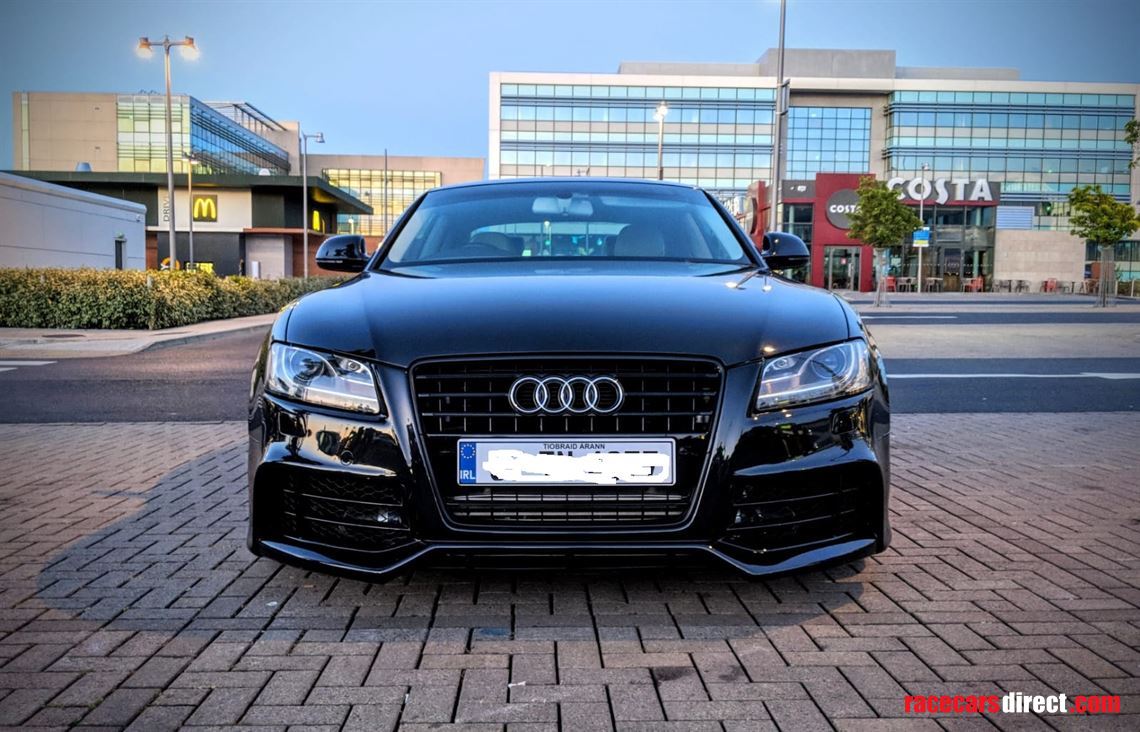 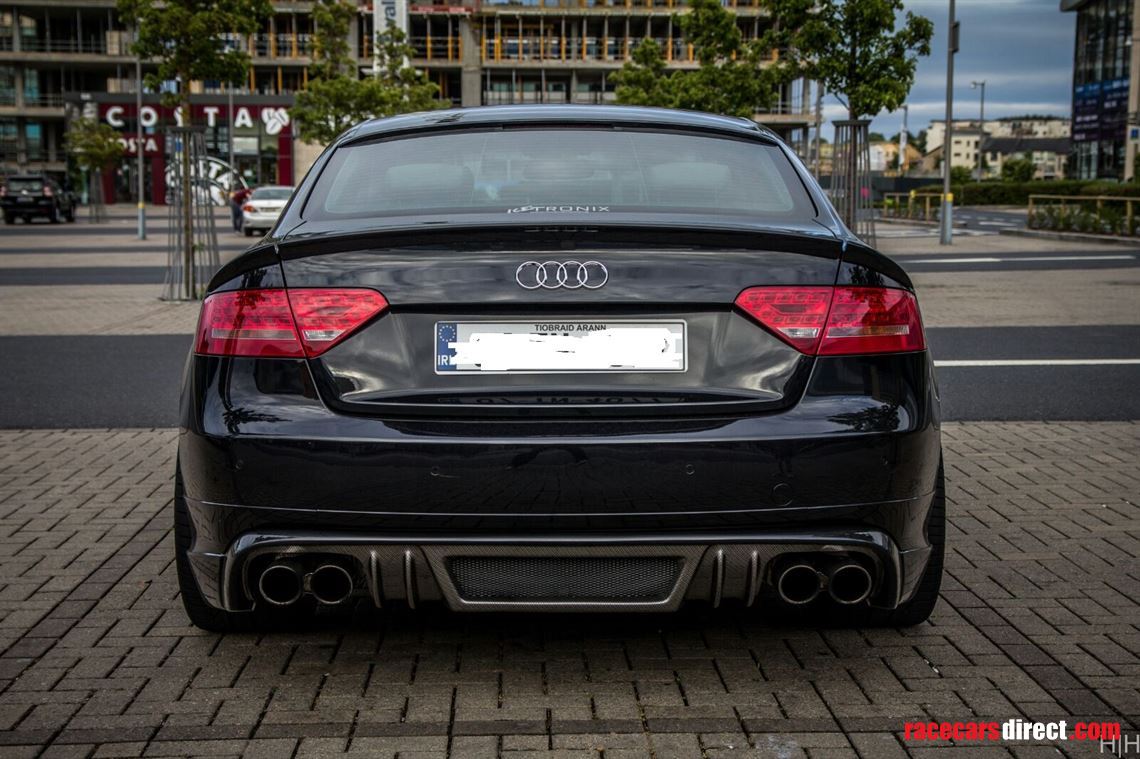 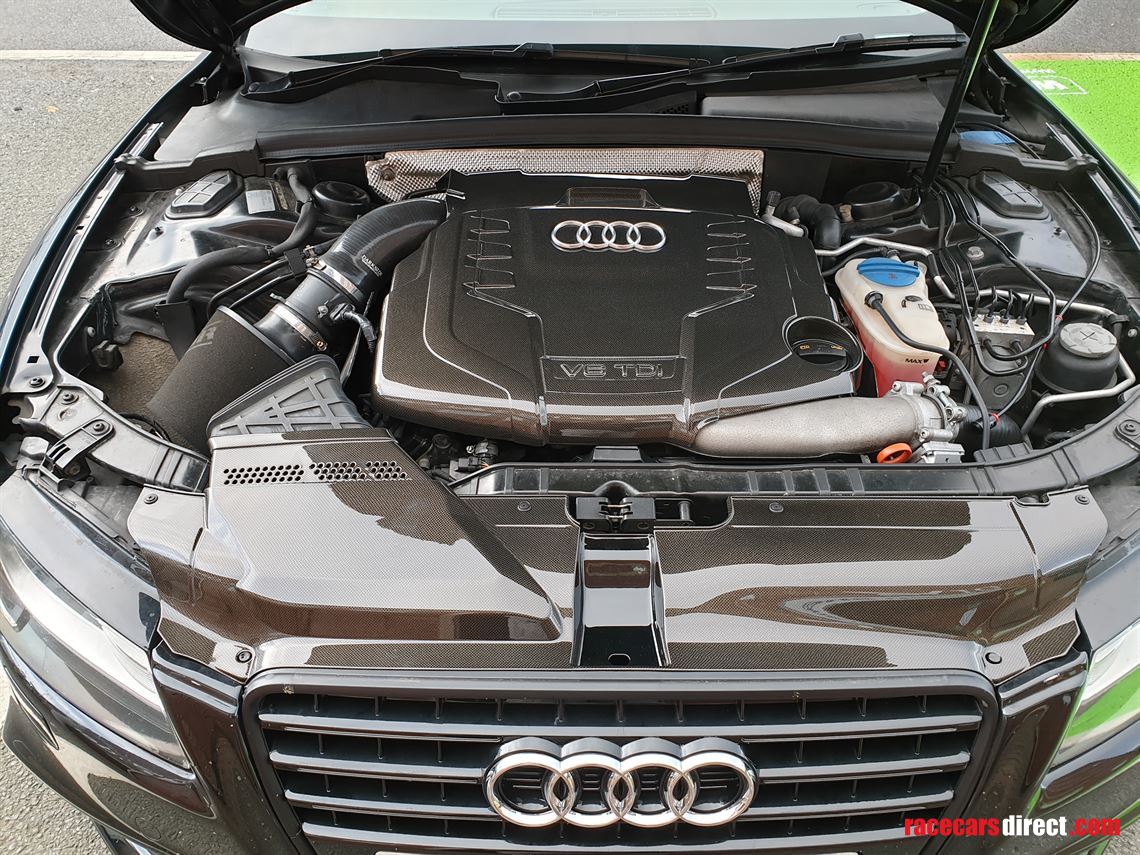 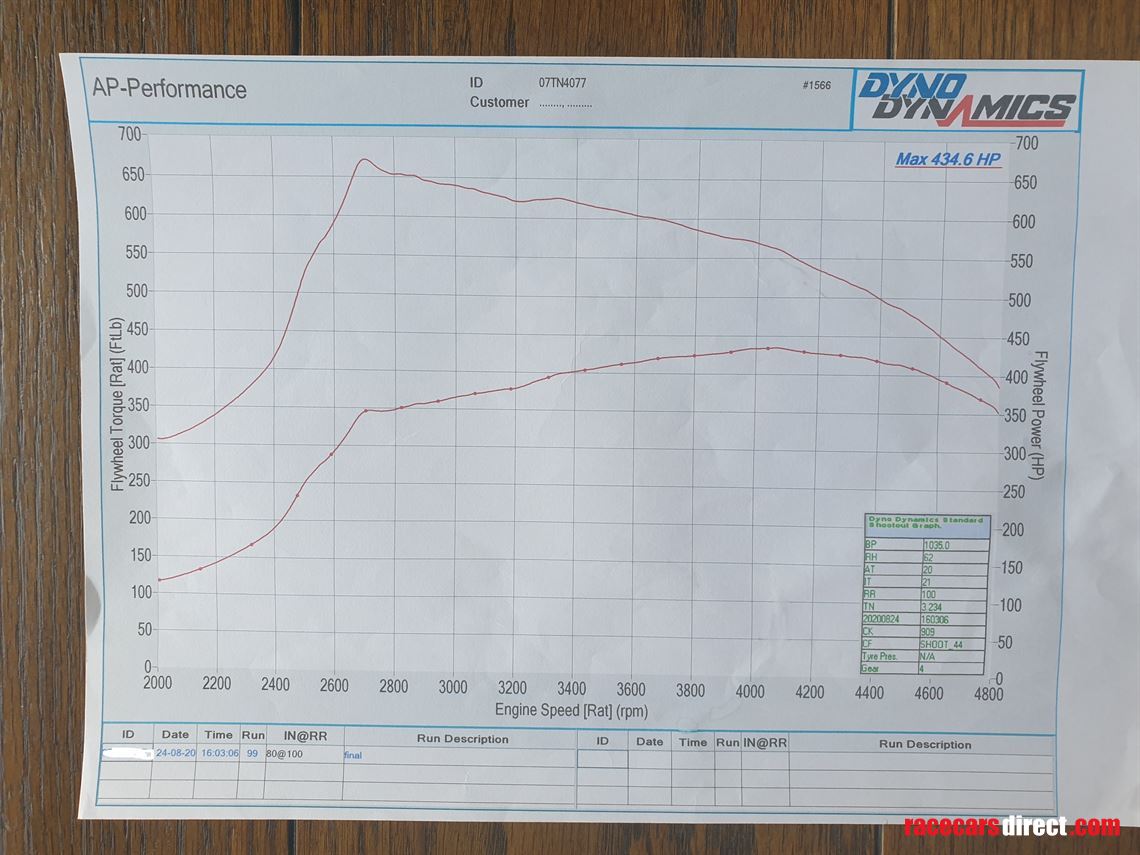 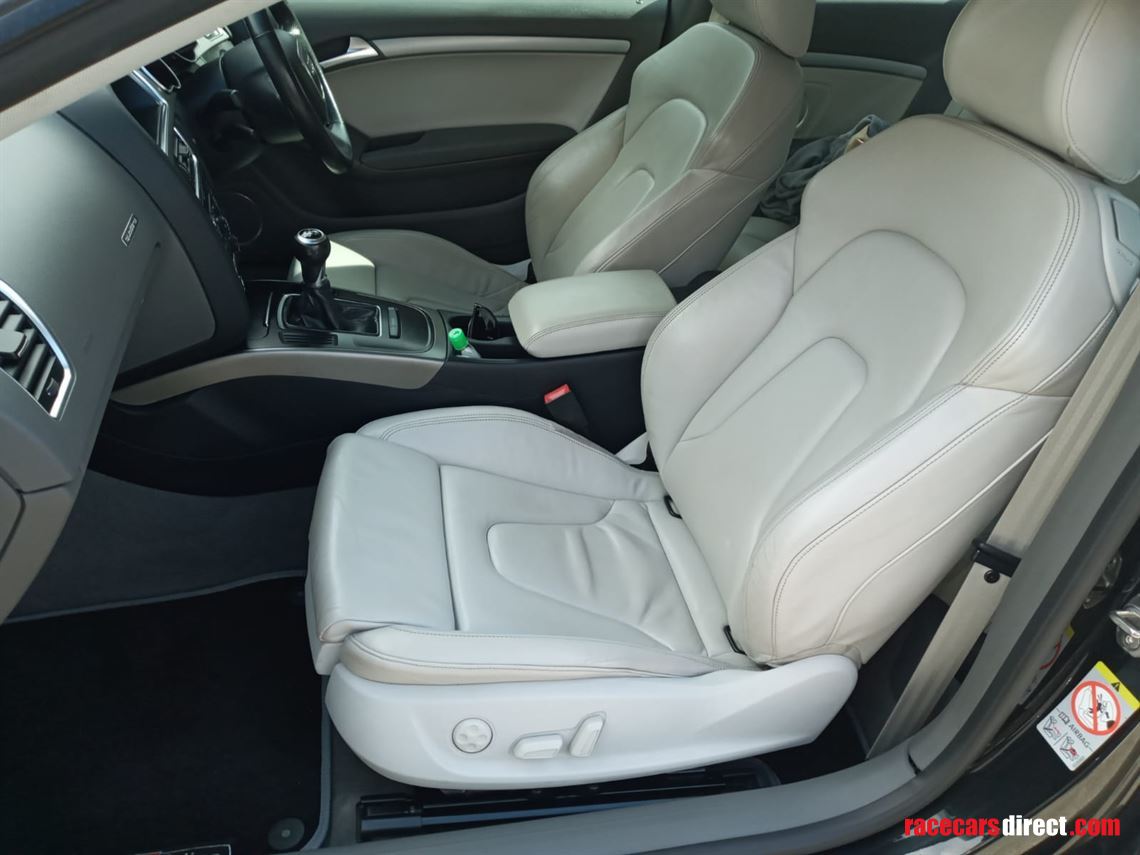 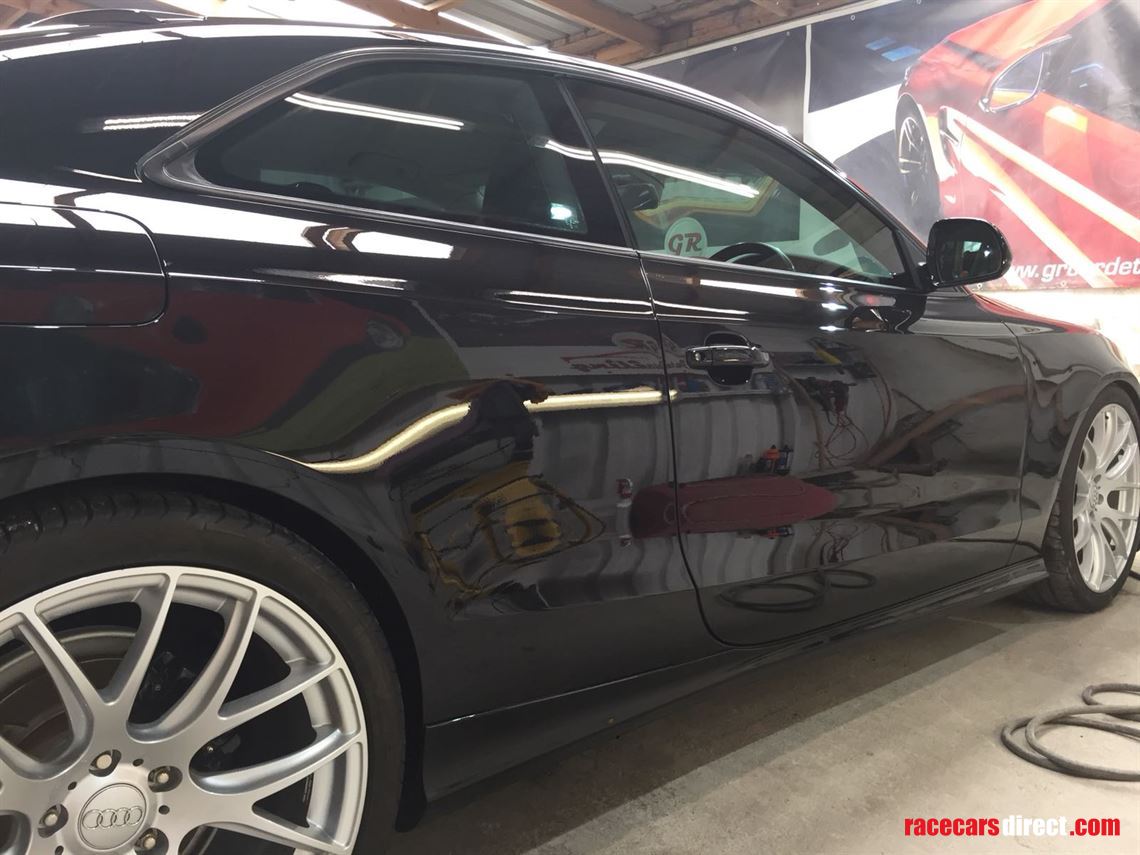 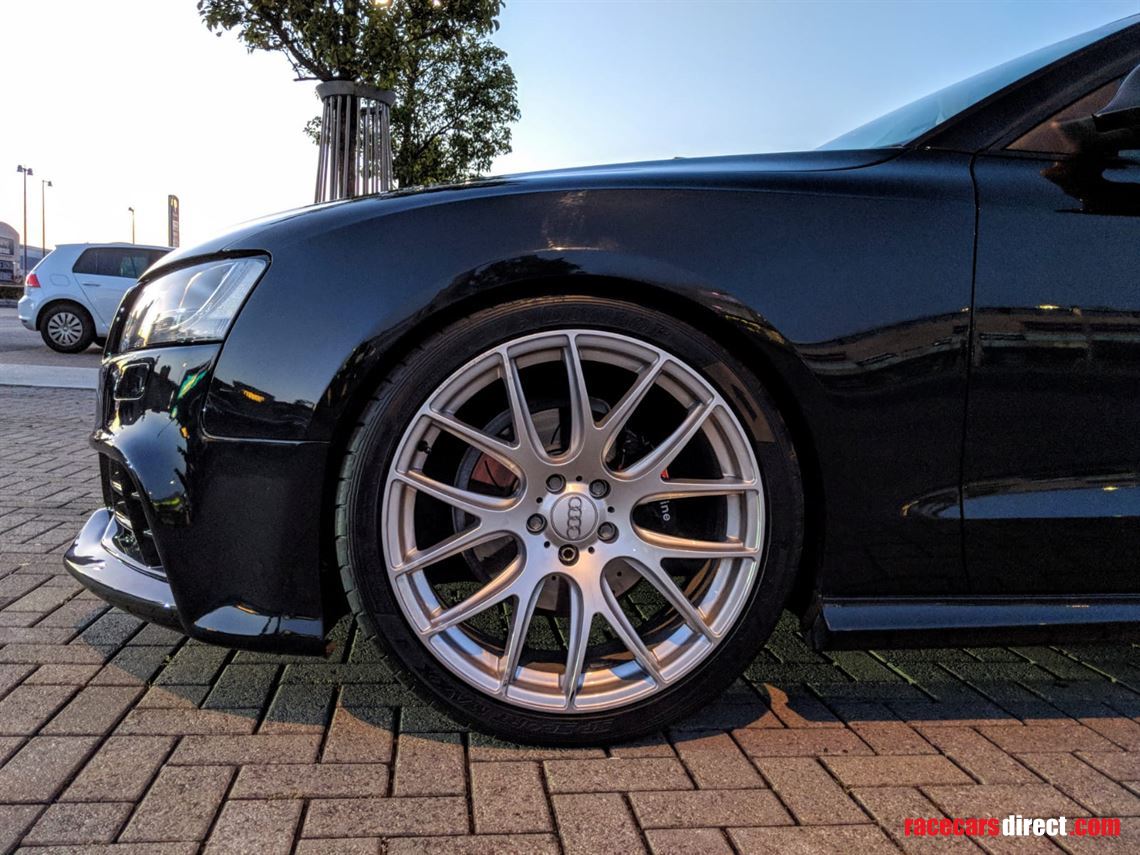 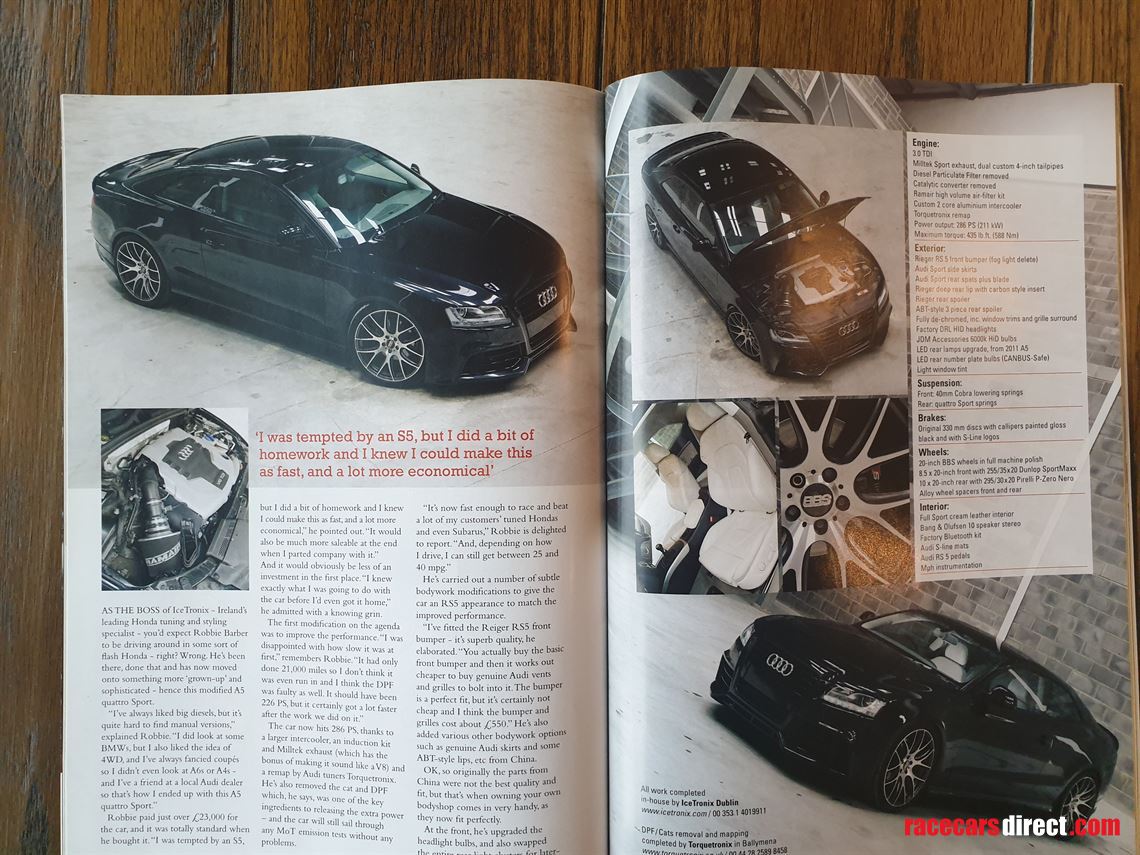 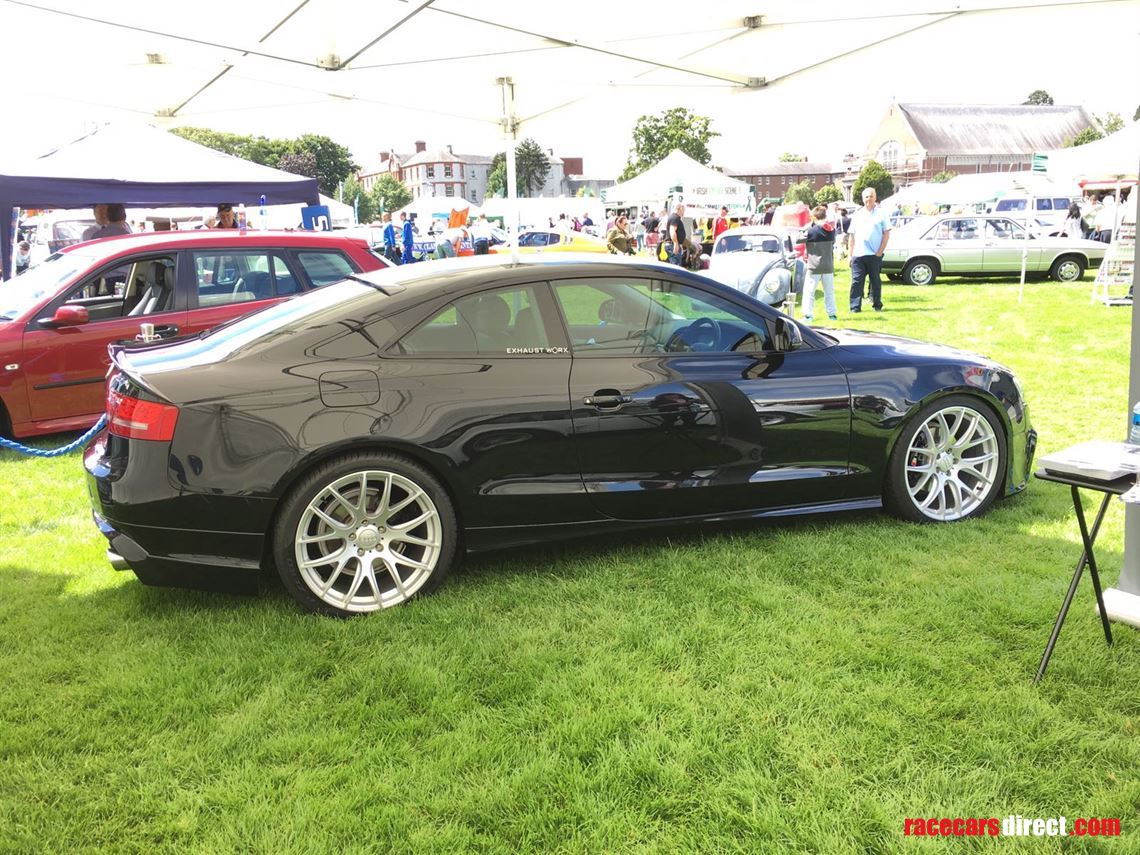 The car generates a reliable 434hp and 670ft pound of torque.

·       To keep the intake temperatures low, a DevilsOwn Water Injection System was installed.

·       The car was mapped by AP Performance in Galway and launch-control was added during the mapping process.

The car’s exterior consists of:

This is a weekend car and spends majority of its life in an underground car park. NCT / Roadworthy was completed in March 2021.

The car is in pristine condition and it has done 65k miles since new. It was featured in Audi Tuner Magazine and is perfect for track days, drag racing and top speed runway events.

The car sounds like a Skyline GTR and has no problem keeping up with my BMW M4! It is a lot of fun to drive and draws a crowd where-ever it goes. The new owner will not be disappointed!

1981 Audi Quattro to restore or to build a rallycar

ASCAR - Built for Rockingham Speedway in 2000

Modelled on a Pontiac Grand Prix, this space frame car is now used in The Bernie's V8 - SRGT Series.

We refreshed and repaired your carbon parts. Like show, we can repaired the Porsche front light