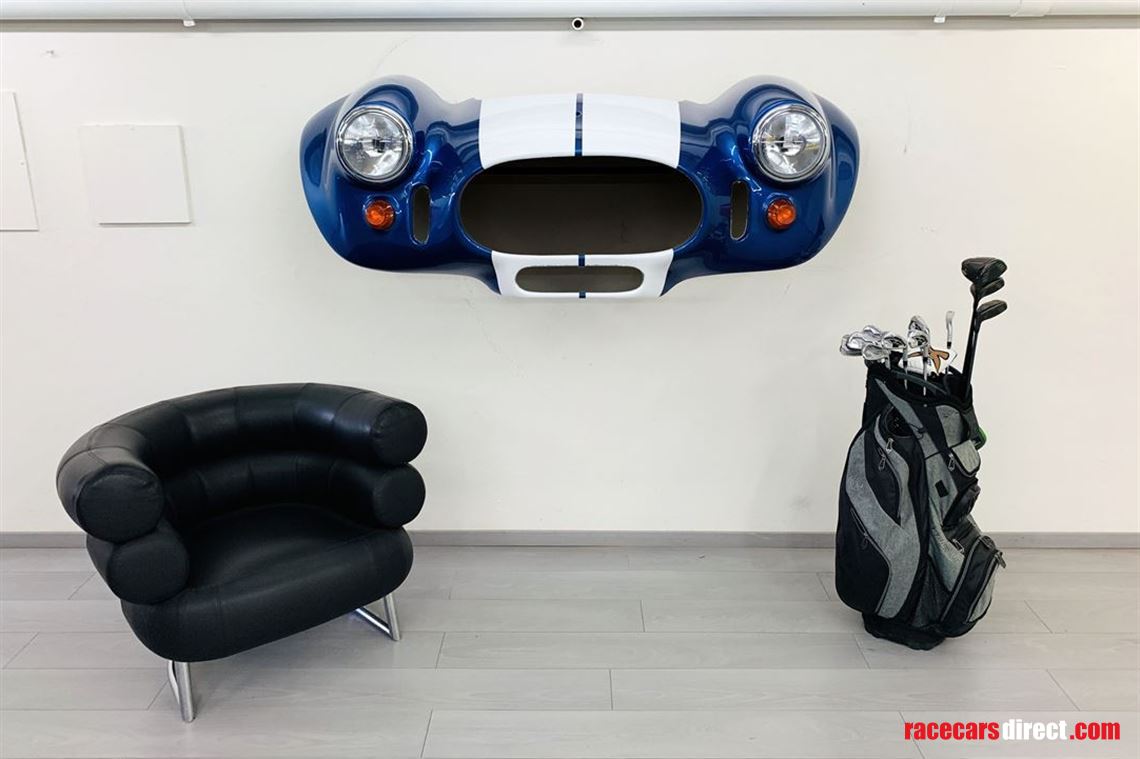 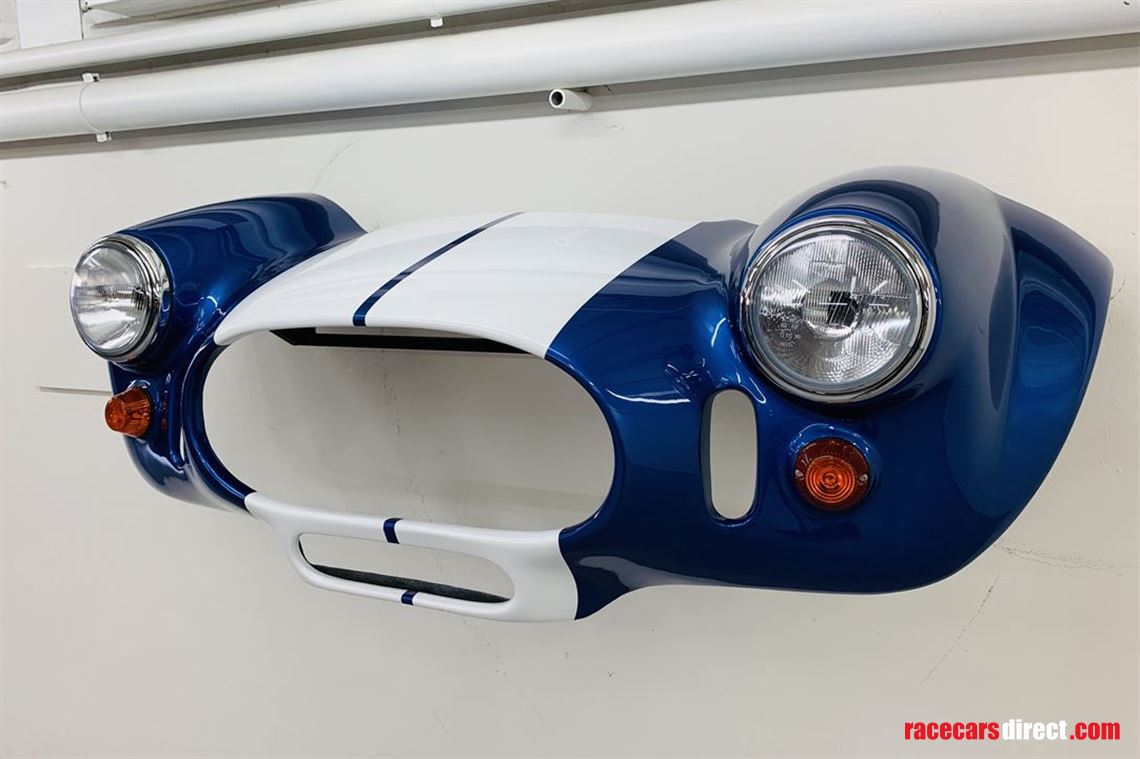 Beautiful 1:1 scale model of the front of nose of a Shelby Cobra, ready to be hanged up on your wall, with iron adjustable support.
This front nose is made of fiberglass, then painted and fitted with original lights that you can switch on!
Superb automobilia item to add to your collection, your mancave or your garage!!!

Like many British manufacturers, AC Cars had been using the Bristol straight-6 engine in its small-volume production, including its AC Ace two-seater roadster. This had a hand-built body with a steel tube frame, and aluminium body panels that were made using English wheeling machines. The engine was a pre-World War II design by BMW which by the 1960s was considered dated. Bristol decided in 1961 to cease production of its engine and instead to use Chrysler 313 cu in (5.1 L) V8 engines. AC started using the 2.6 litre Ford Zephyr engine in its cars.

In September 1961, American automotive designer Carroll Shelby wrote to AC asking if they would build him a car modified to accept a V8 engine. AC agreed, provided a suitable engine could be found. Shelby went to Chevrolet to see if they would provide him with engines, but not wanting to add competition to the Corvette they said no. However, Ford wanted a car that could compete with the Corvette and they happened to have a brand new engine which could be used in this endeavor: the Windsor 221 in³ (3.6 L) engine – a new lightweight, thin-wall cast small-block V8. Ford provided Shelby with two engines.

10% off using code: may10 in our store! No more missed race footage!