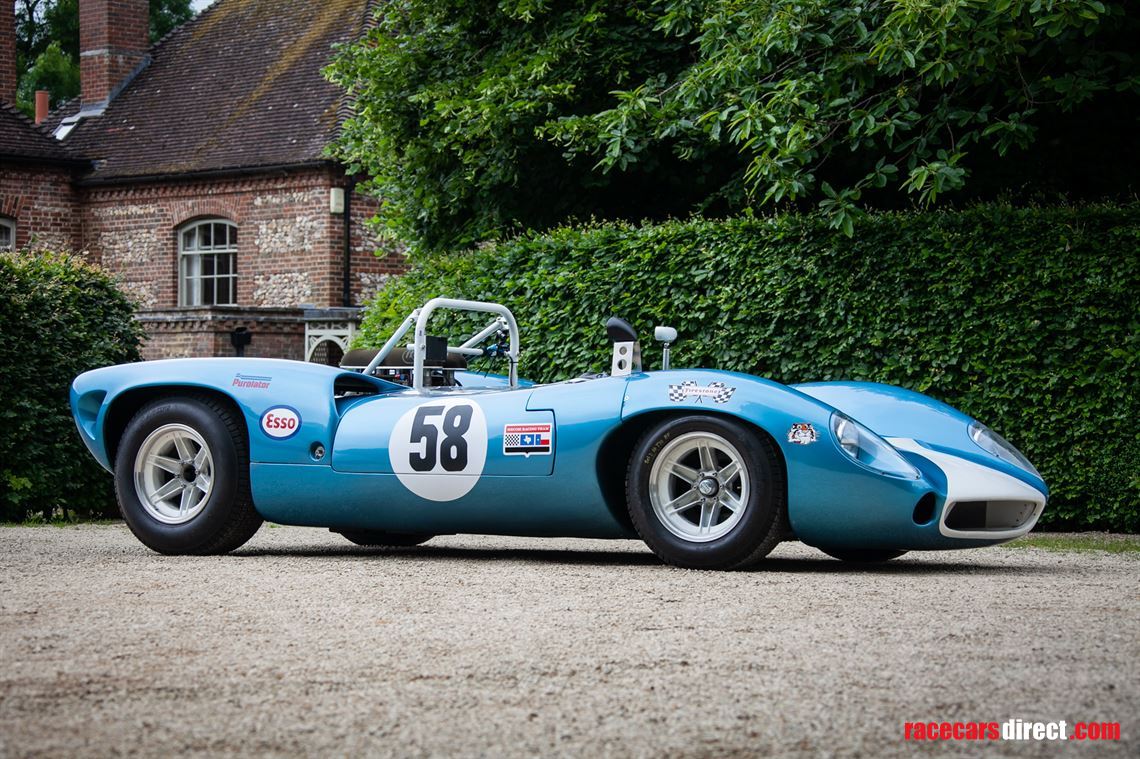 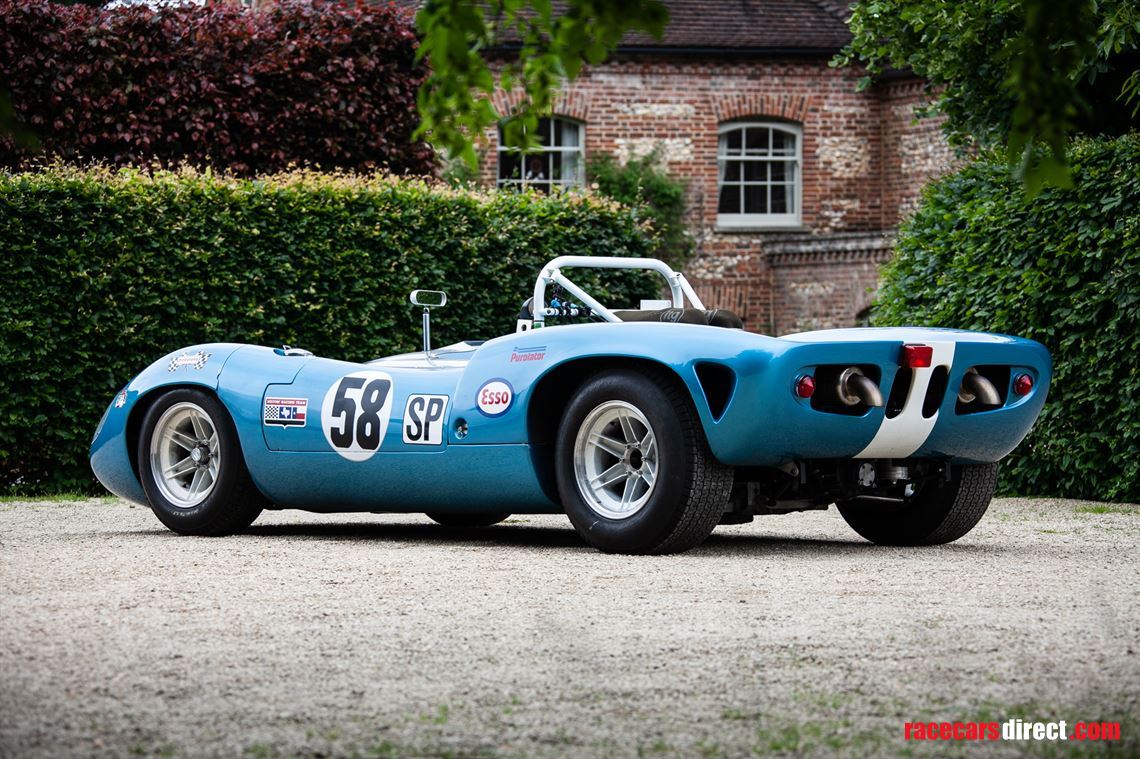 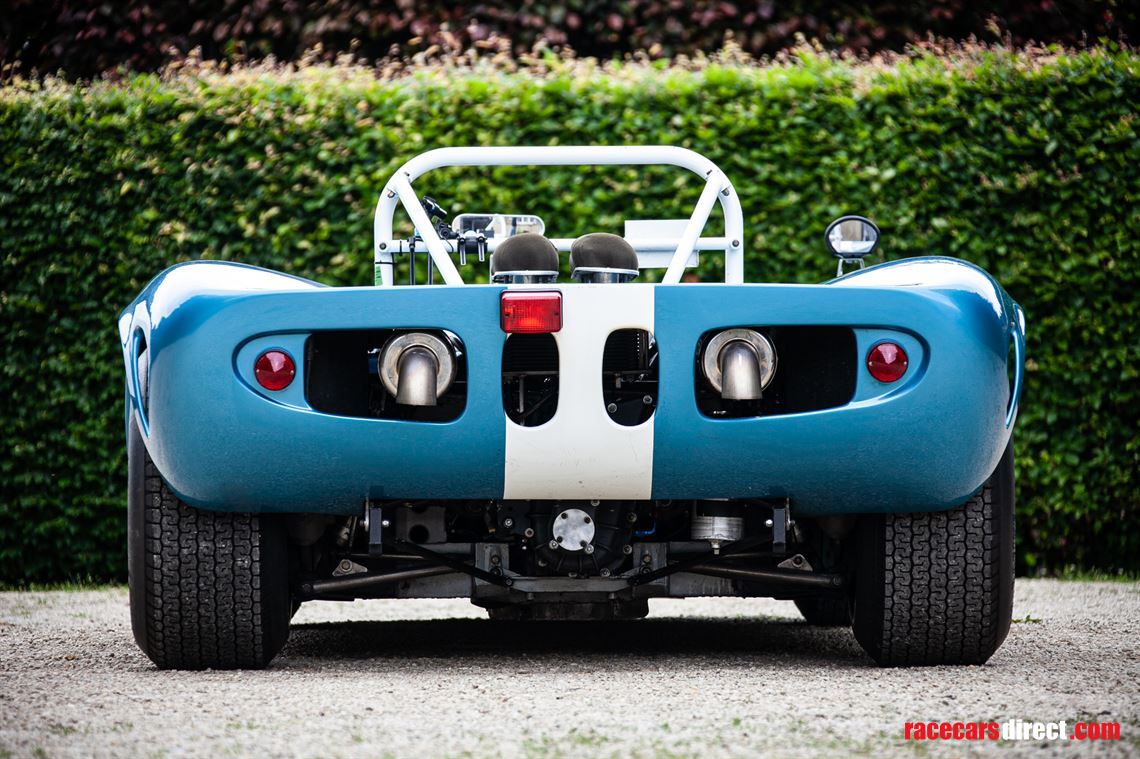 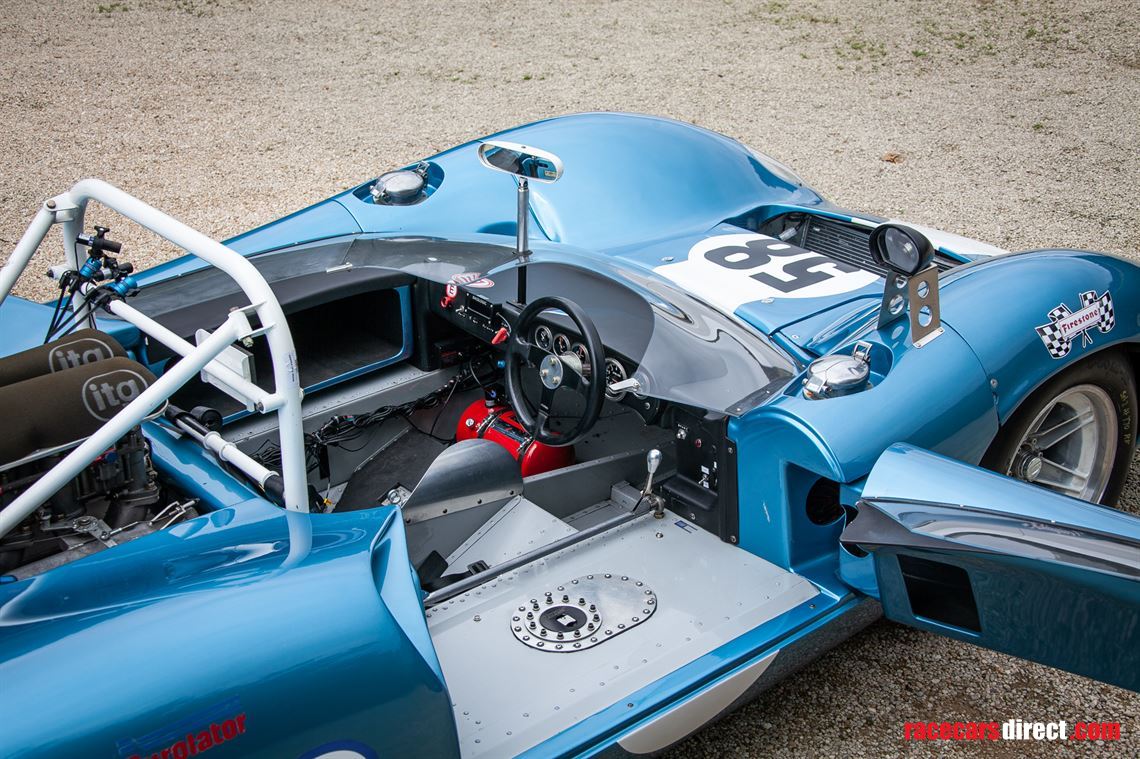 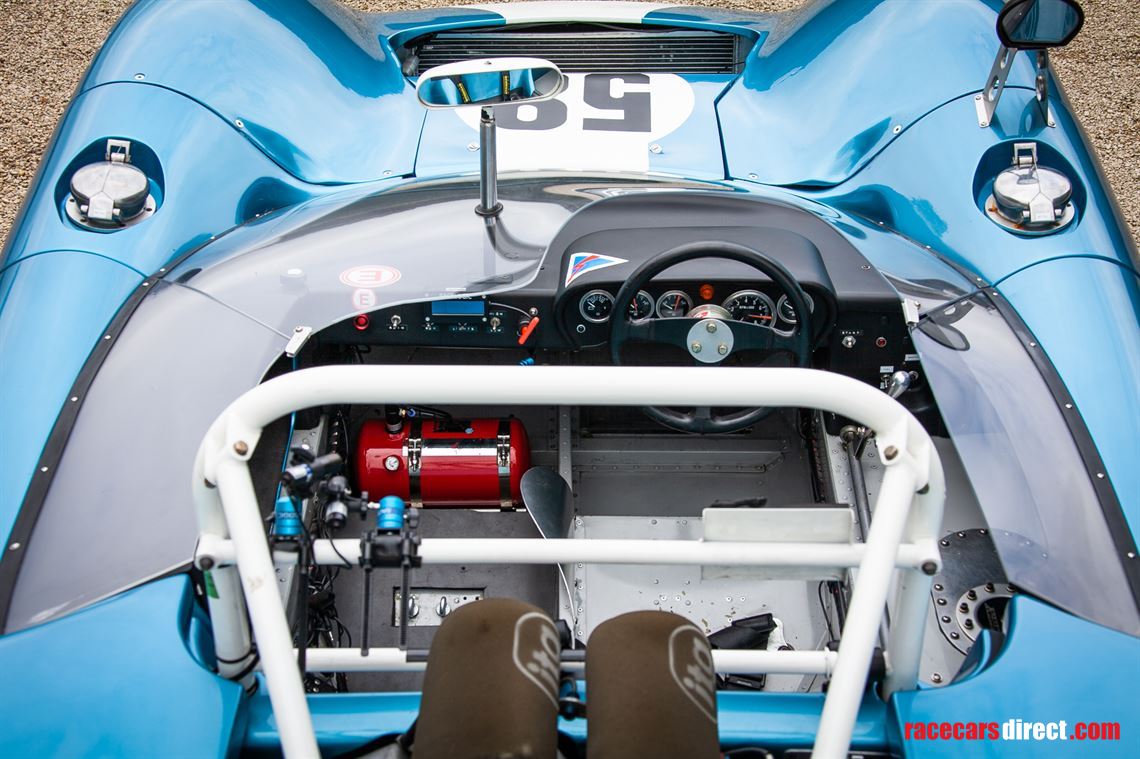 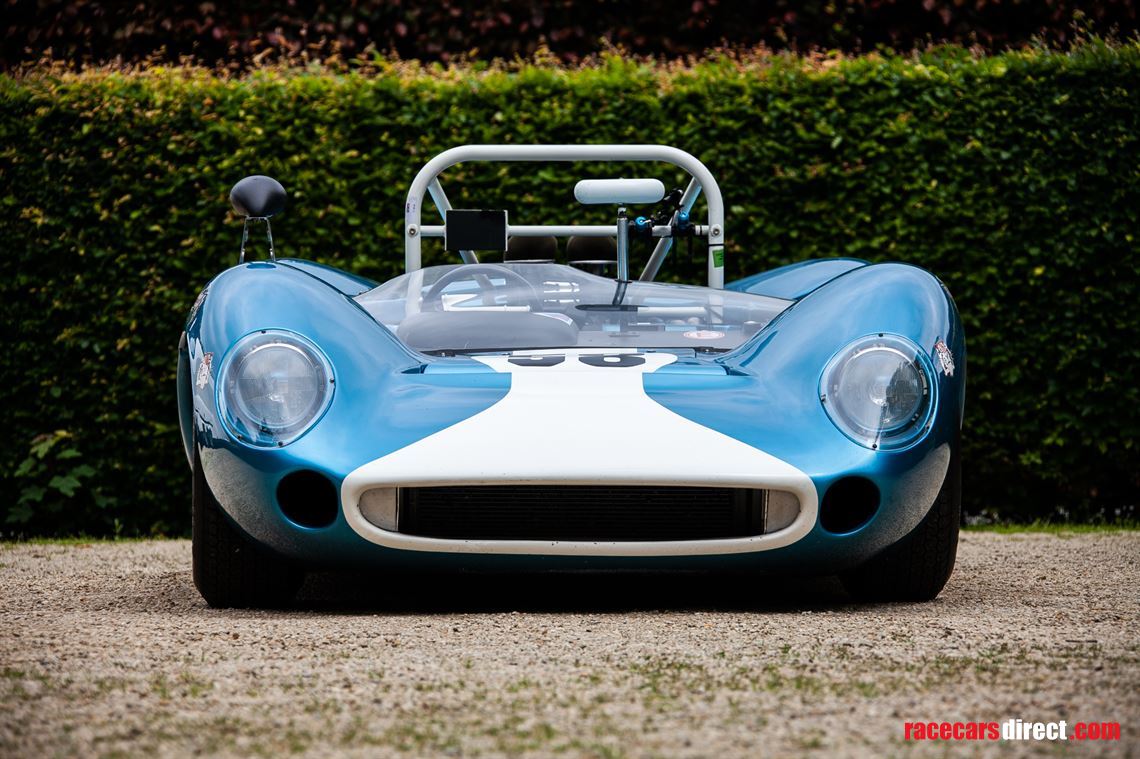 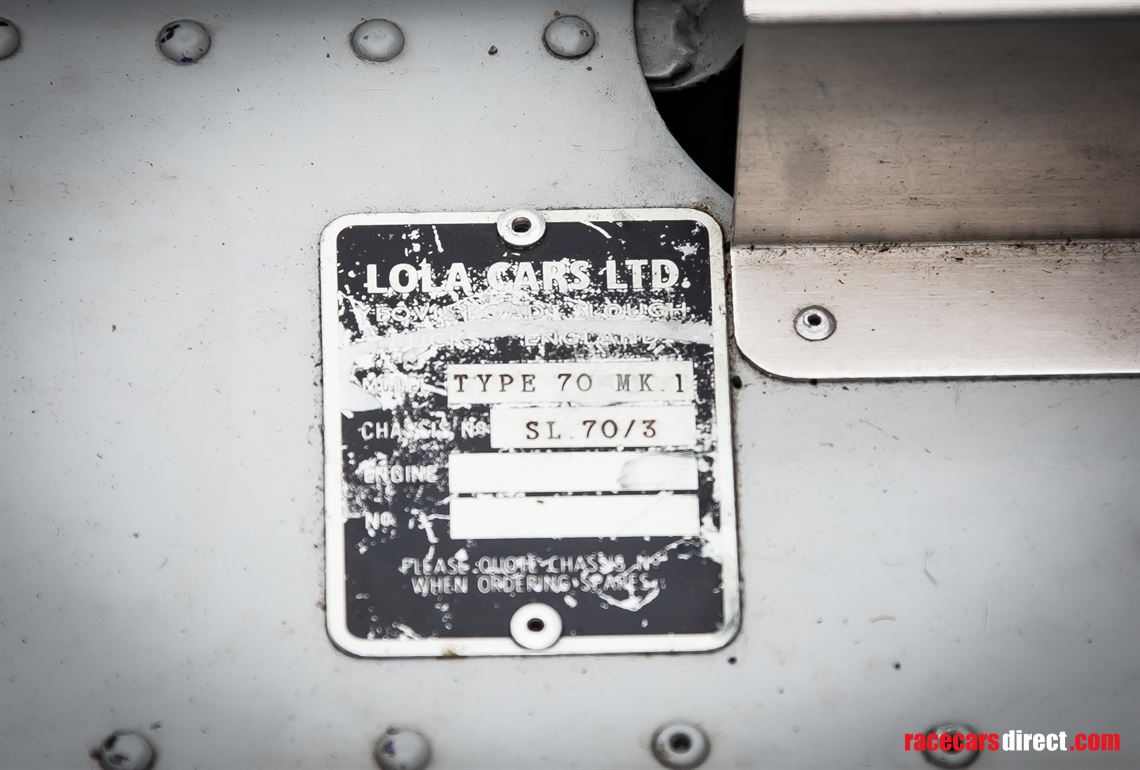 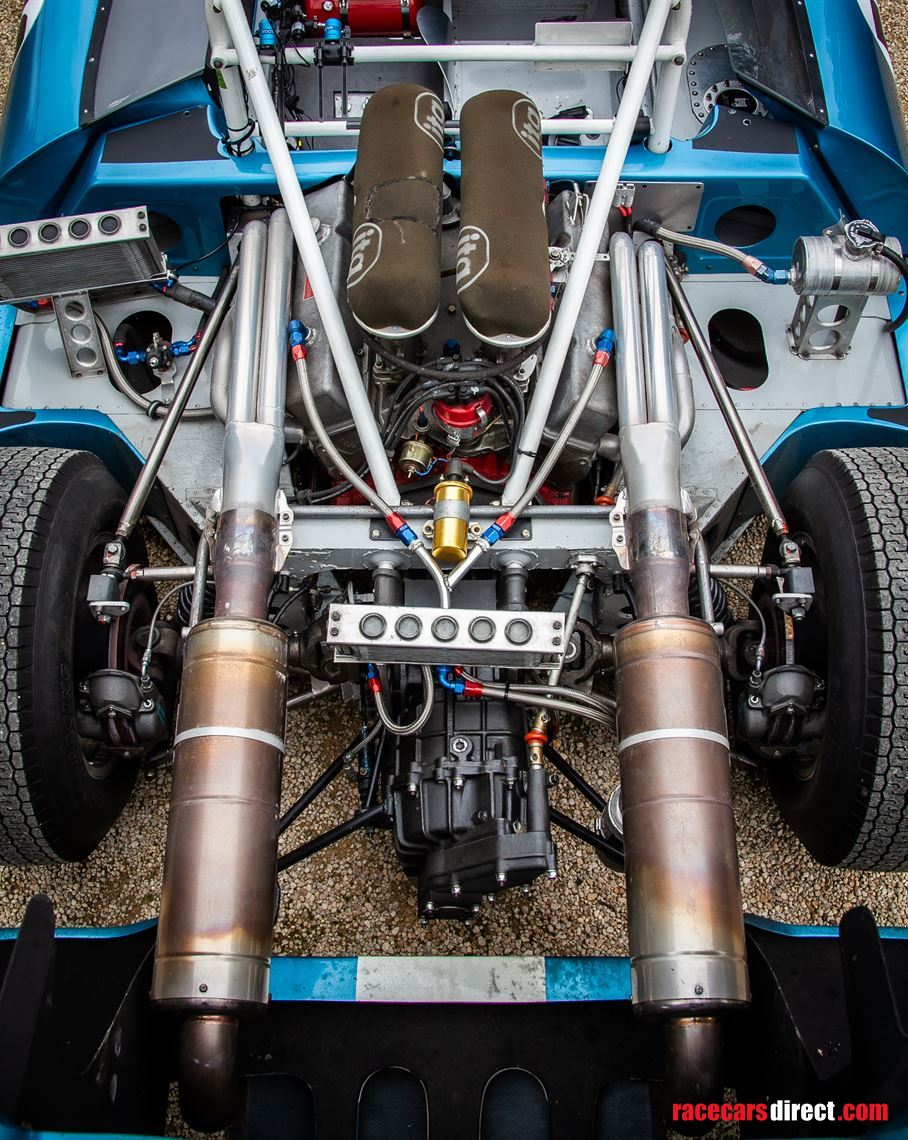 Chassis SL70/3 was the first T70 to be built and made its public debut at the end of January 1965, at the London Racing Car Show held at the Olympia Exhibition Halls. Painted dark blue with a white centre stripe, the car was the star of the show.

After the show, the car was sold to John Mecom on the 11th March 1965 and then flown out to Houston on the morning of the 13th March. This was the first T70 to be exported to the USA.

On arrival in America, SL70/3 was re-sprayed in the metallic blue and white racing livery of the Mecom Racing Team and promptly entered into the Sebring 12 Hours. Testing was limited to one initial shakedown at Sebring where it ran well. The car carries this livery today.

The car’s racing debut therefore came at the 1965 Sebring 12 Hours, where, driven by John Cannon and Jack Saunders, the car unfortunately retired when an oil cooler broke. At Pensacola for the first round of the 1965 USRRC in early April, Walt Hansgen placed the car on pole, however, he also retired after 12 laps. In early May, at Riverside, Hansgen qualified third but was forced to switch to Mecom’s new Scarab after a cracked block sidelined the T70. At Laguna Seca Hansgen retired again, this tine after eleven laps and missed Bridgehampton as he was trying to qualify for the Indy 500. In May 1965 the car was tested for Road and Track magazine, At the beginning of June during qualifying for the Players 200 at Mosport, Hansgen crashed the car and he took over the teams sister car SL70/2.

USRRC and CanAm driver and racecar trader bought the car damaged from Mecom, restored it and having taken the engine and gearbox off sold the car as a roller to Mac McClendon in June 1973. McClendon added the car to his collection of CanAm cars and sold it race ready in 2006 to Marc Devis. In 2011 the car was sold to Rofgo Collection and following an entry in the Whitsun Trophy in 2012 Goodwood Revival the car remained in the Collection until being sold to the penultimate owner who kept the car for a year before selling to the current owner in 2018. The car has been run by Aston Motorsport Limited (who run the current owner’s racing Aston Martin DB4GT) with invoices all on file the most recent being for £7,475 in February 2021.

The car comes with extensive invoices since 2018, FIA HTP dated 2017 so expire 2027, an extensive history file and is registered with Lola Heritage – www.lolaheritage.co.uk/2018/register/t70/Thistlethwayte/alex_thistlewayte.html

The car is eligible for Peter Auto, Masters and of course Goodwood Revival Whitsun Trophy where it is a potential winning car. It is for sale for £325,000