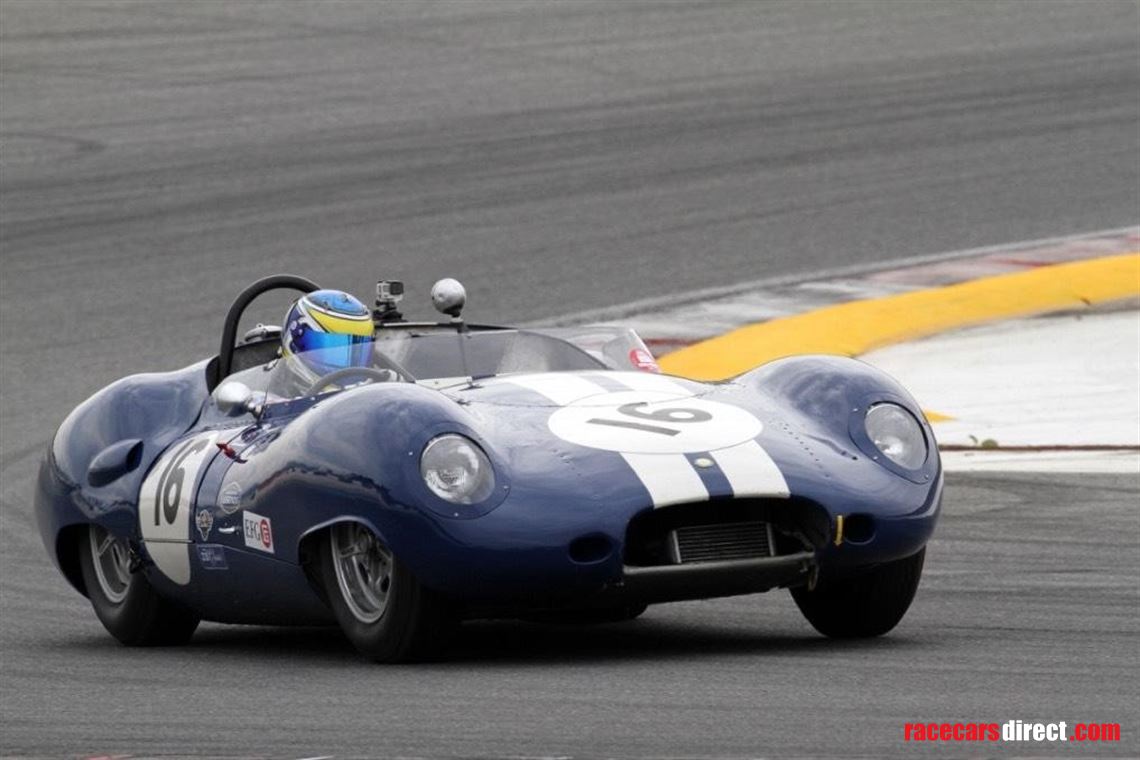 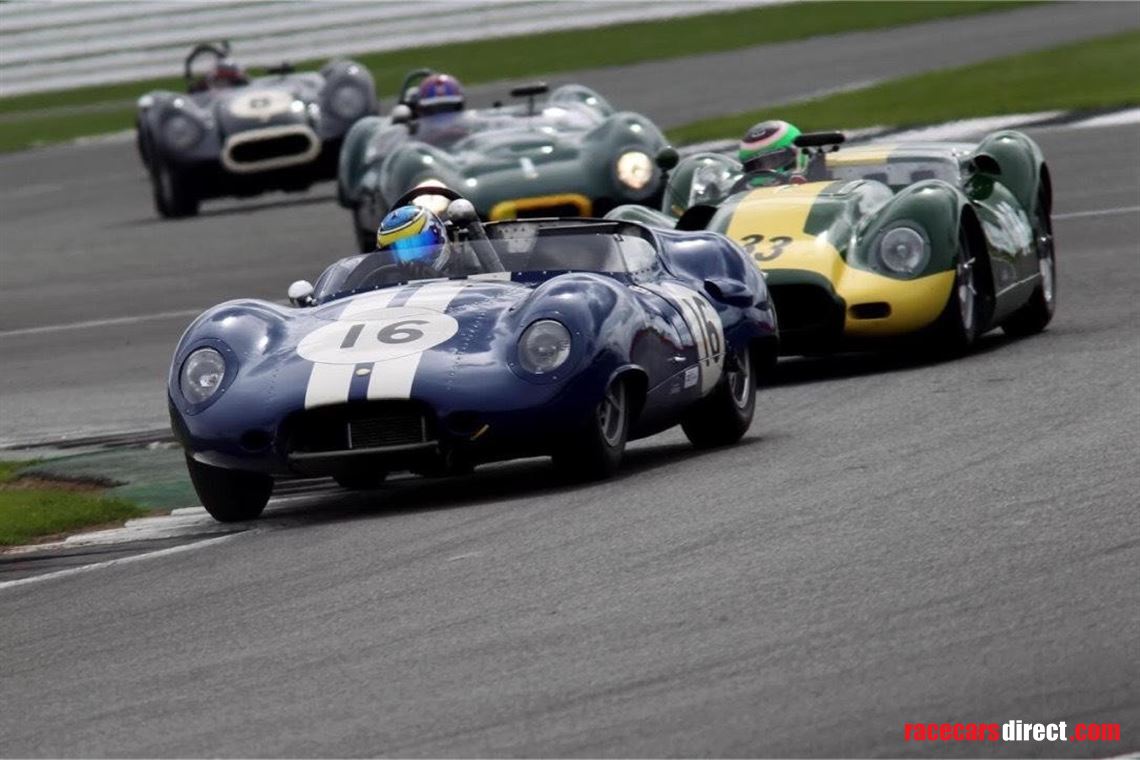 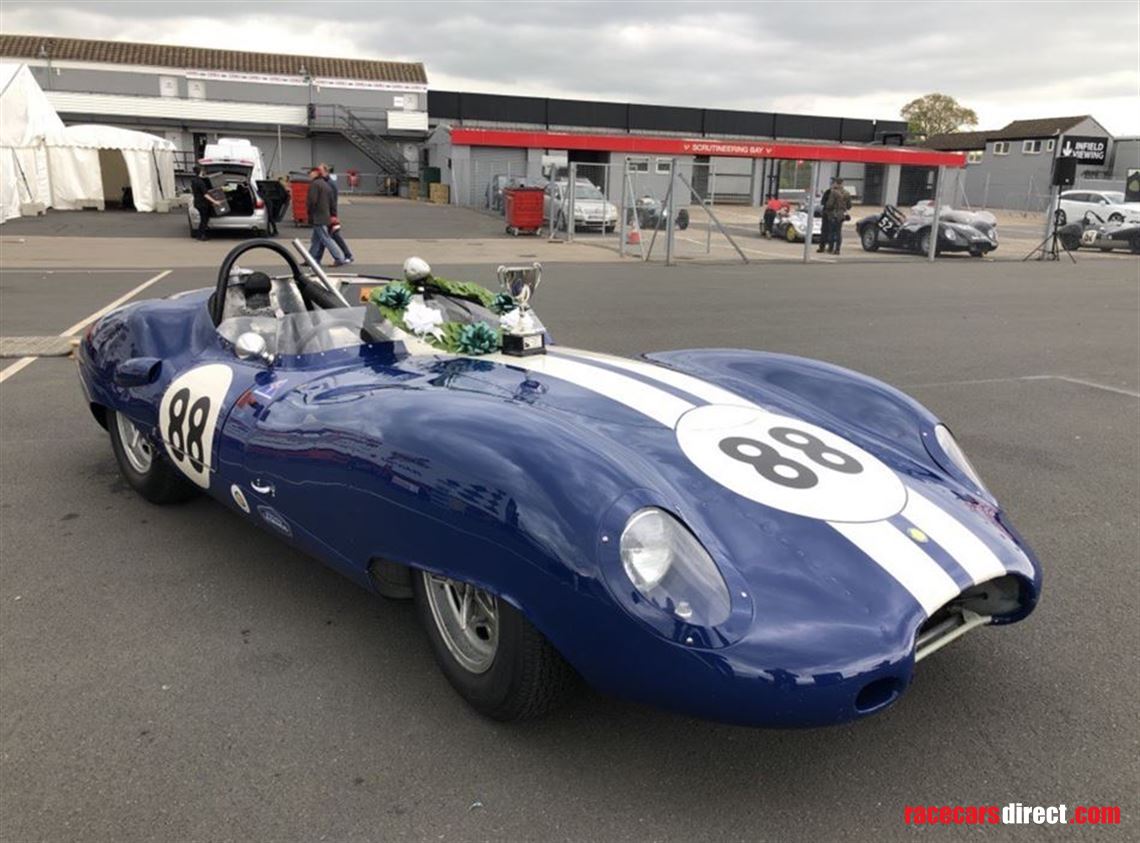 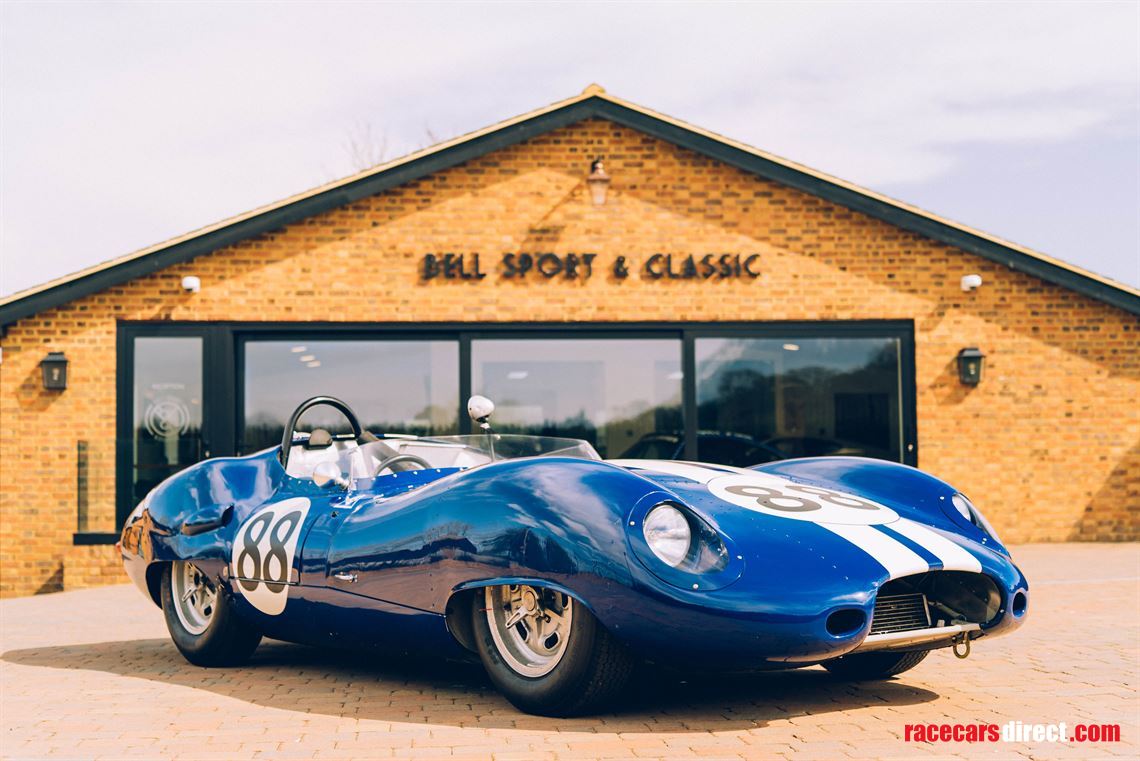 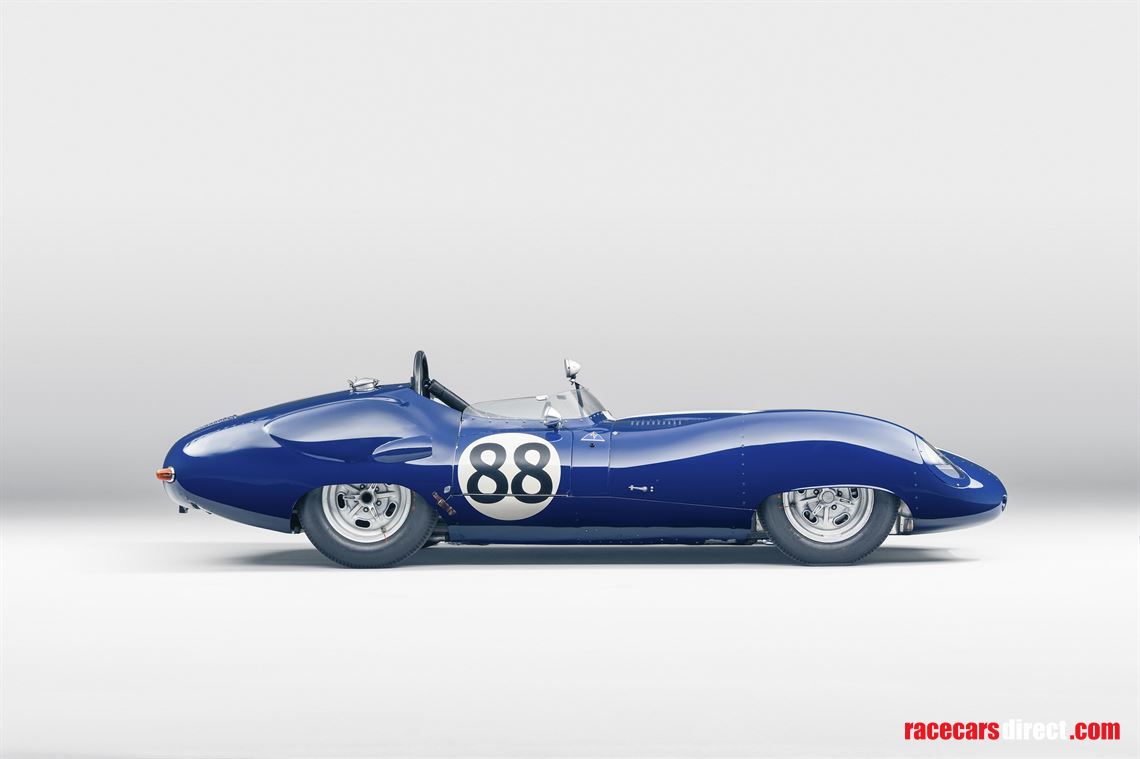 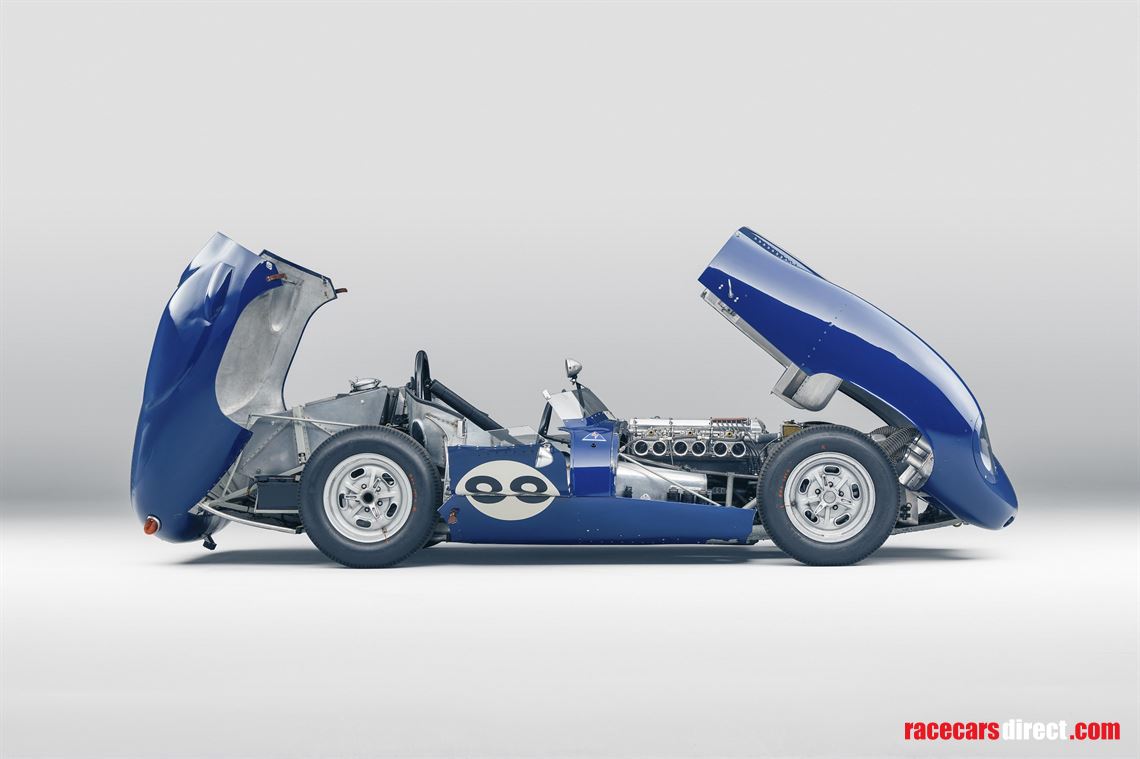 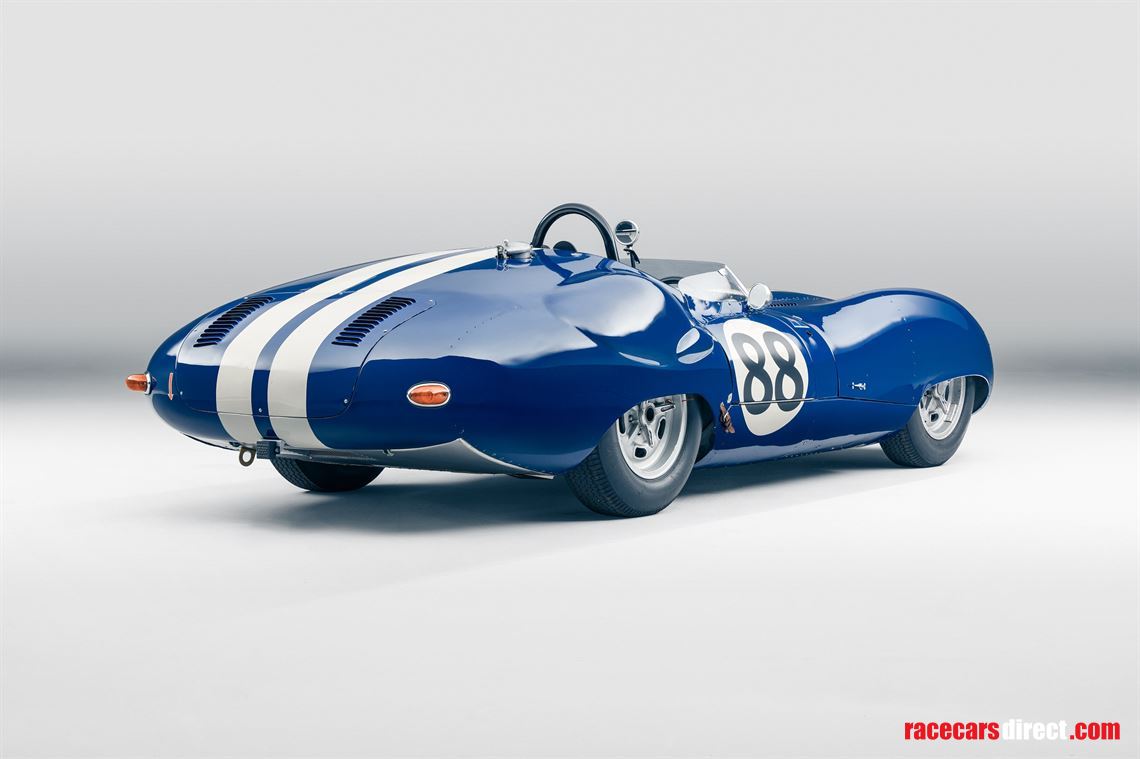 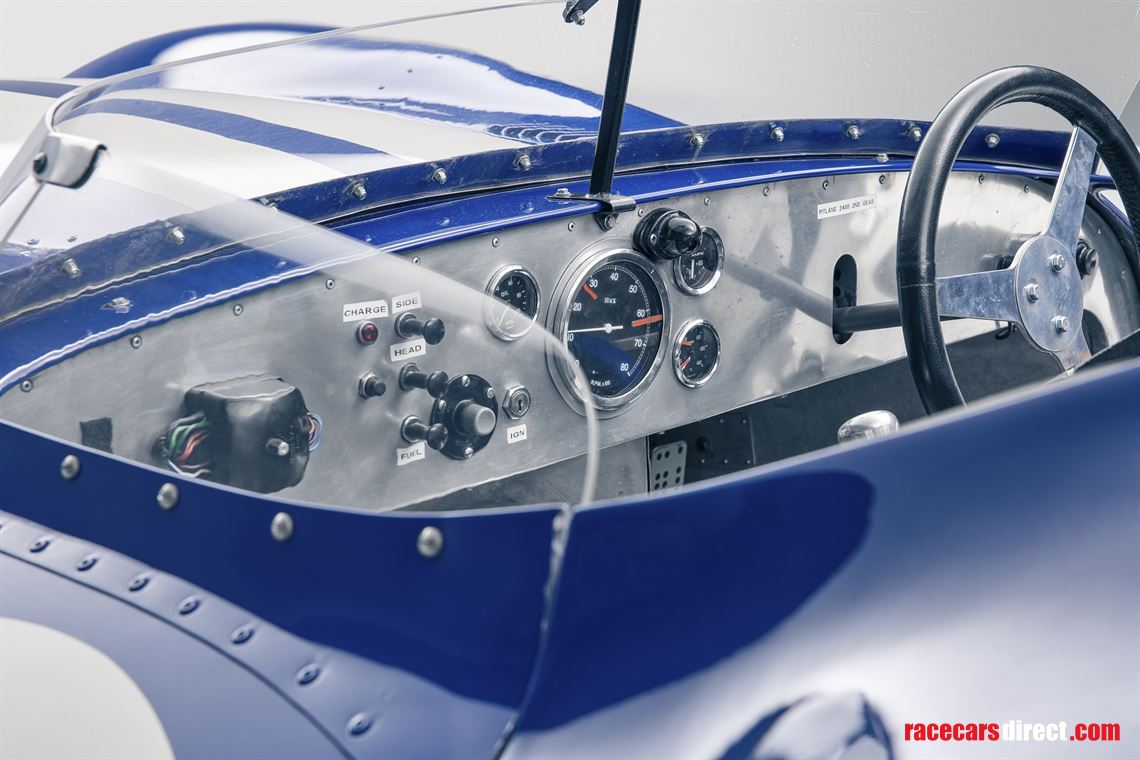 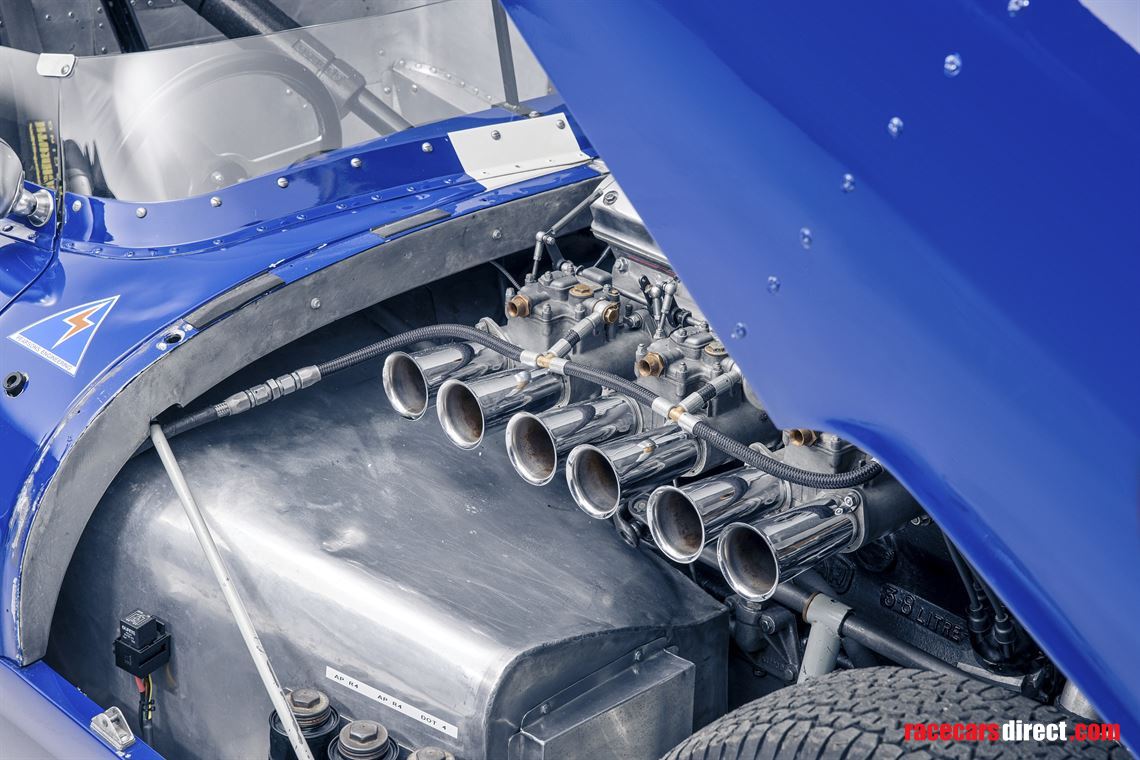 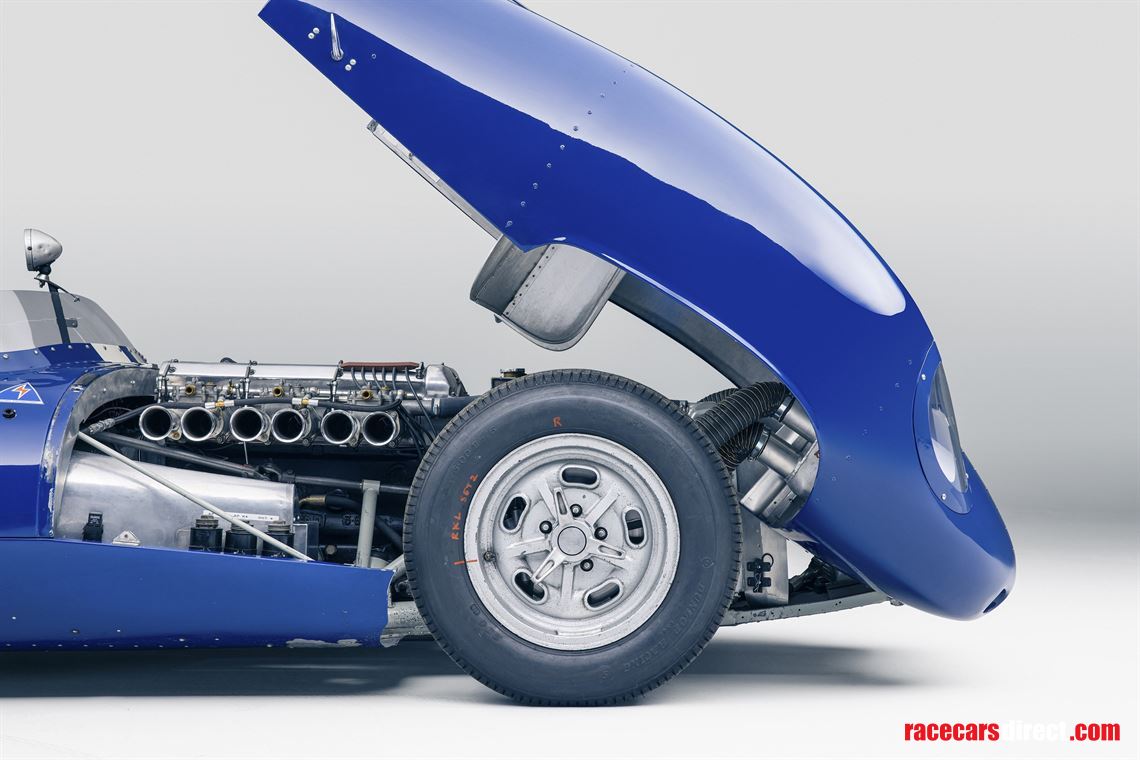 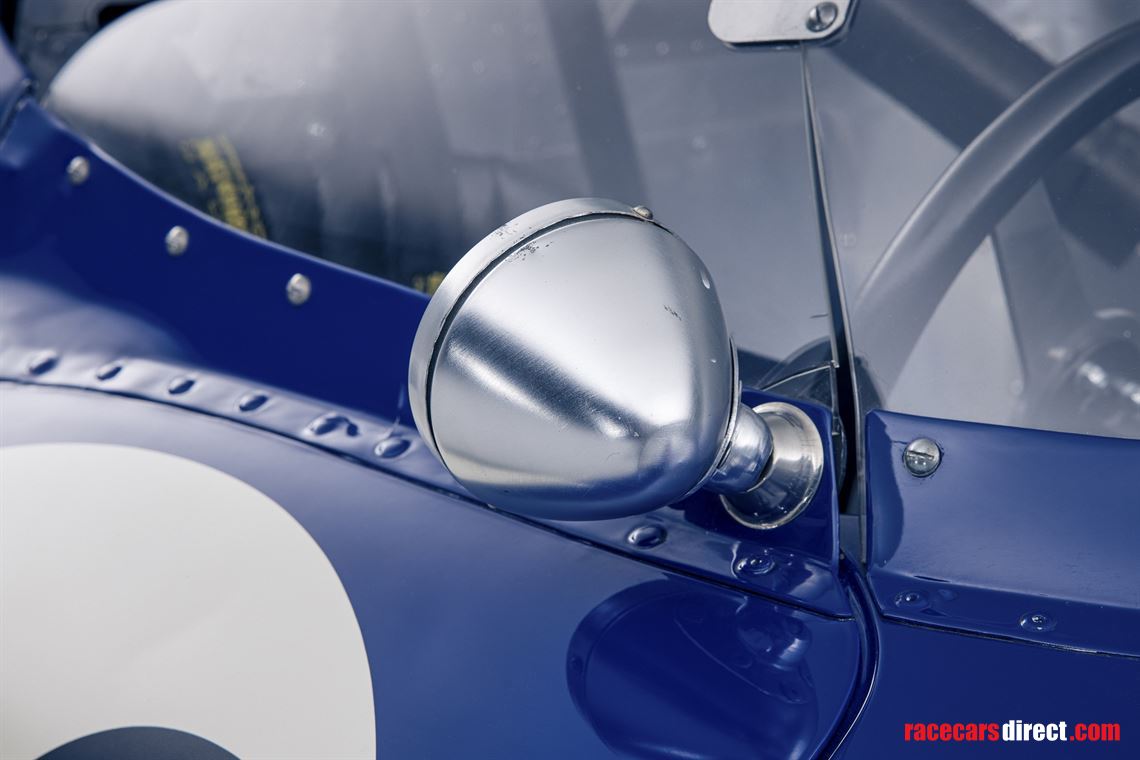 A very well known and successful historic racing car and the winner of the 2019 Stirling Moss Trophy.  Race prepared by Pearson Engineering for over thirty years, this car was prepared ready for the 2020 season but unraced since.

Just fourteen Costin bodied production cars are known to have been made, BHL135 being the final car. The last car to leave the Lister Cambridge factory was BHL 136, the car that finally used the space frame chassis designed by Frank Costin and was developed as a fixed head coupe.

Like many of the final cars produced by Brian Lister, BHL135 was shipped engineless to the USA, although evidence on the engine mounts suggests that it was prepared to take a Maserati 450S V8 engine. Probably it was then fitted with a Chevrolet engine with the bonnet being modified to accept the much larger engine. The car today features a unique riveted centre section in the bonnet, replacing the modifications made to accept the Maserati or Chevrolet power plants.

There is no evidence of the car racing in the USA although interestingly the original bonnet shows evidence of the front wheel arches being cut away to perhaps make the car a little easier to drive on the highway.

Returned to the UK in 1987 under the supervision of Pearson Engineering the car was remarkably original missing only the rear bodywork.

Documentation from CKL Developments verify the originality of the chassis, suspension, bonnet, doors and sills. John and Gary Pearson fitted a correct Jaguar 3.8 litre race specification engine and since then have maintained the car in full race winning condition. John Pearson himself was a mechanic for the Lister factory in the early 1960’s.

As this car is probably the only Costin to retain its original bonnet, the current owners have had manufactured a new bonnet by Bodylines of Olney. This new bonnet and the wooden buck are included with the car. To make the buck the car was 3D scanned by A2P2 Specialist Reverse Engineering and these scans are also included with the car to ensure that any future damage can be recreated exactly as per the original.

Since its return to the UK, the car has raced all over Europe in great events like the Le Mans Classic and the Goodwood Revival and is a well known and respected car on the historic race tracks.

Under its current ownership since 2012, the car has been maintained to ensure it is a highly competitive car demonstrated by winning the 2019 Stirling Moss Trophy. In the final race of 2019 at Portimao in Portugal co-driven by Chris Ward, the car won by over a lap and proven it to be the fastest Lister in Europe when Chris went a full one second a lap quicker than in any previous Lister Jaguar.

The car was fully prepared for the 2020 season including full crack testing and comes with up to date HTP papers. It was not raced in 2020.

Having been continuously maintained in no expense spared race condition by possibly the most respected Lister Jaguar workshop in the world this is a genuine and unique opportunity to acquire a car that with the right driver would be a front runner in many of the greatest European historic sports car race series.

Striking example of Radical's Rapture, their latest model, designed for track and occasional road us