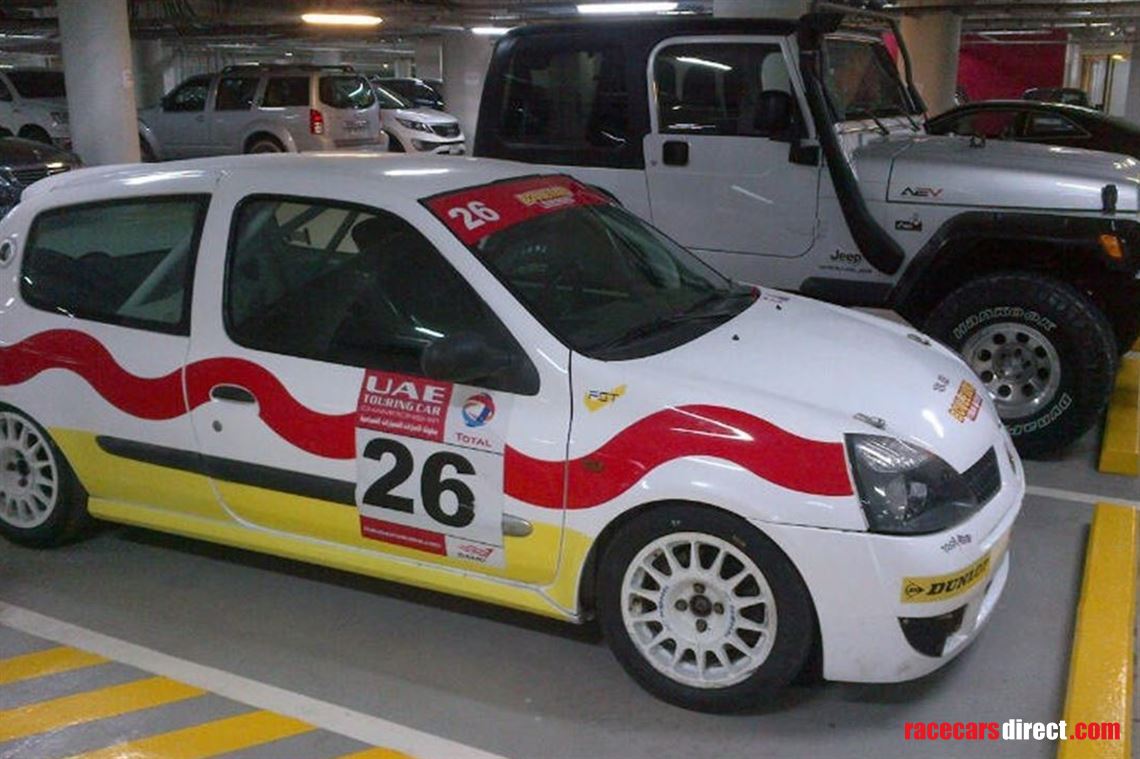 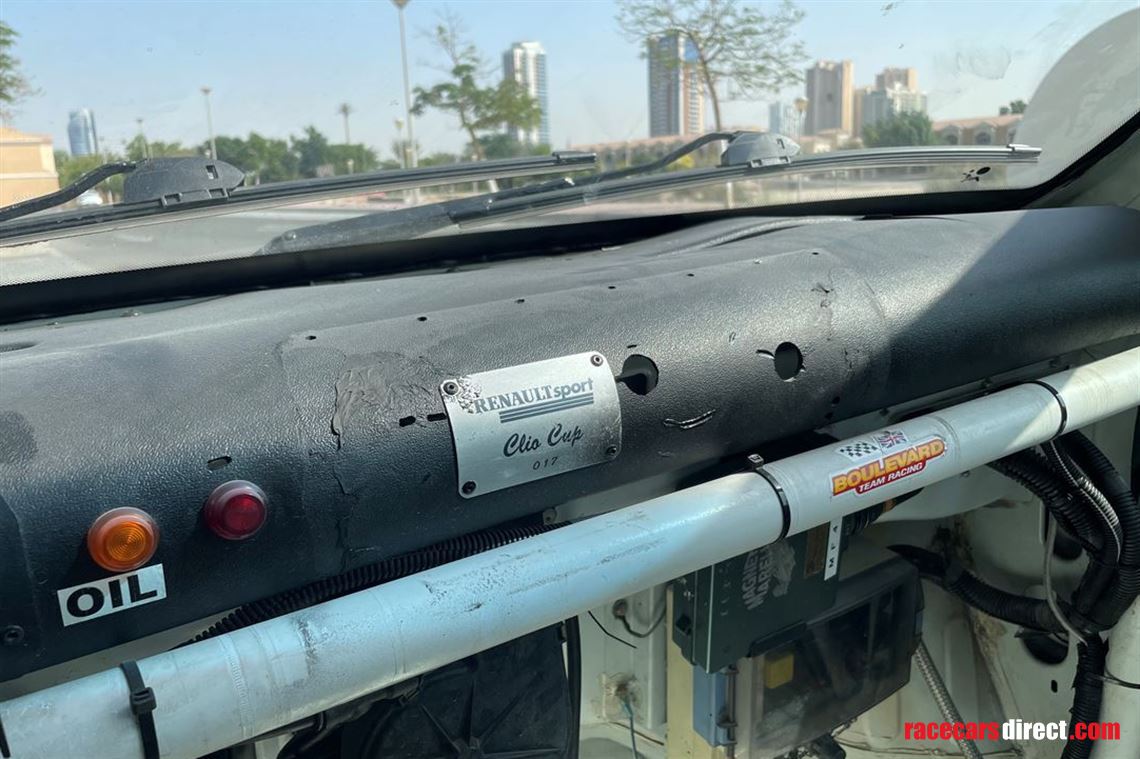 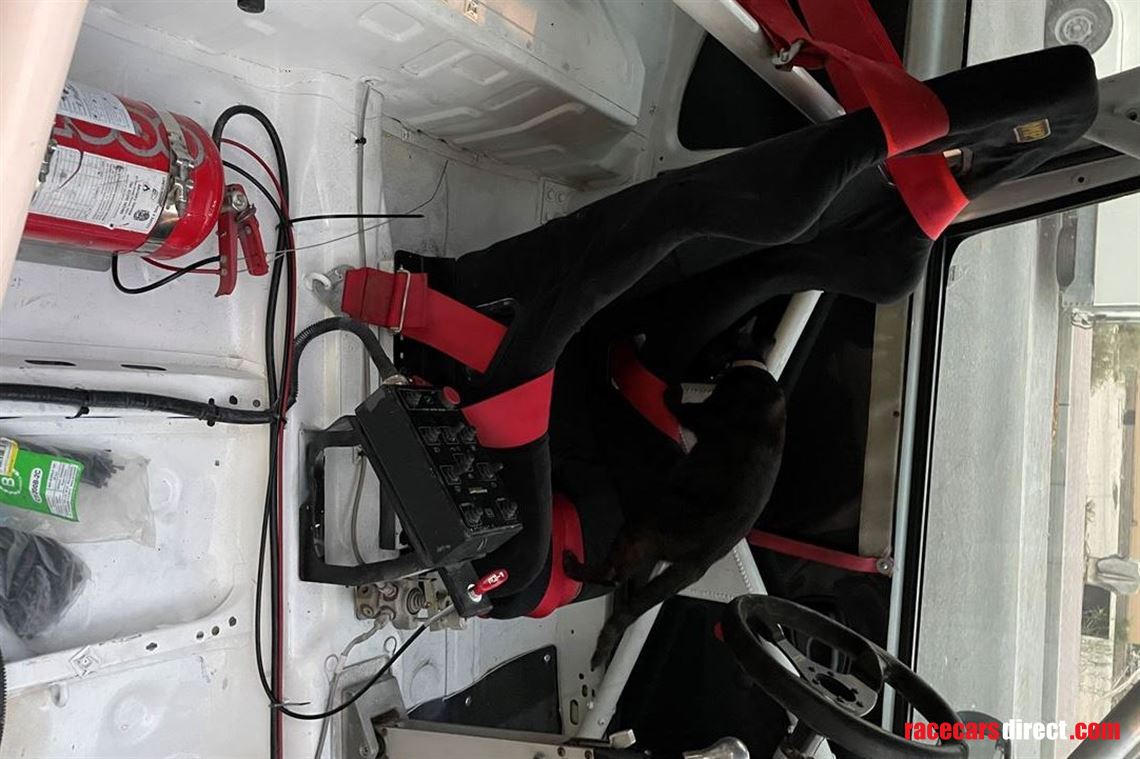 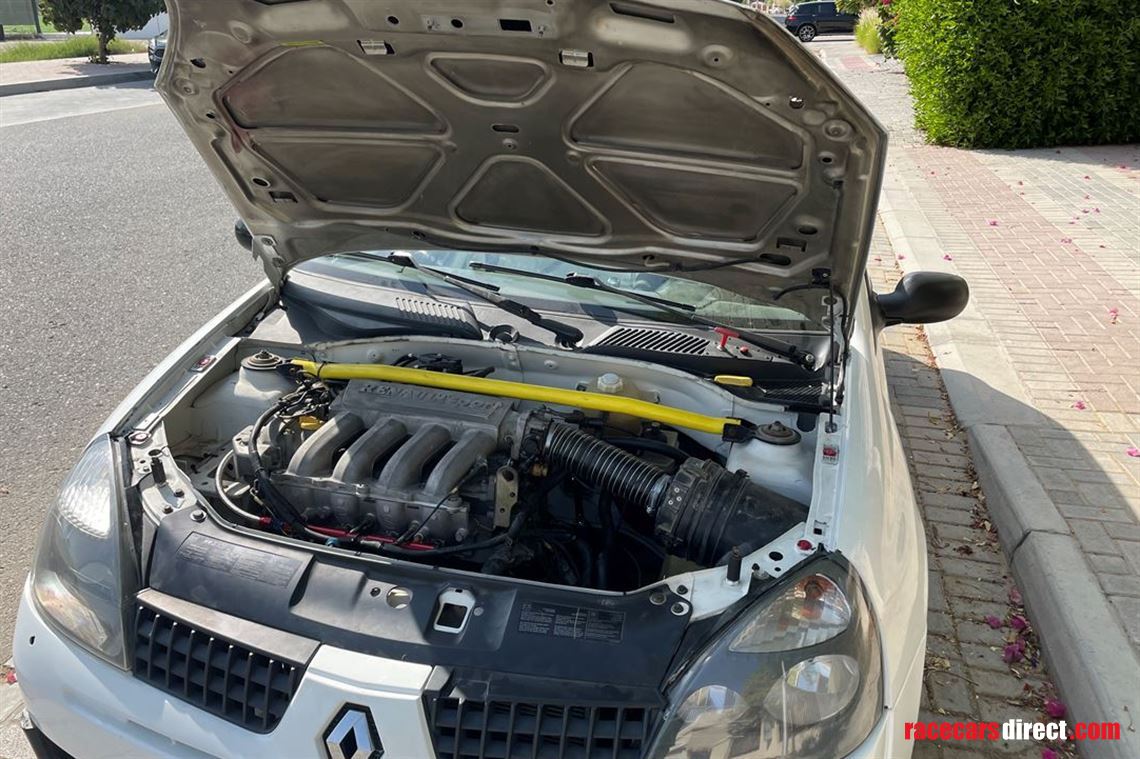 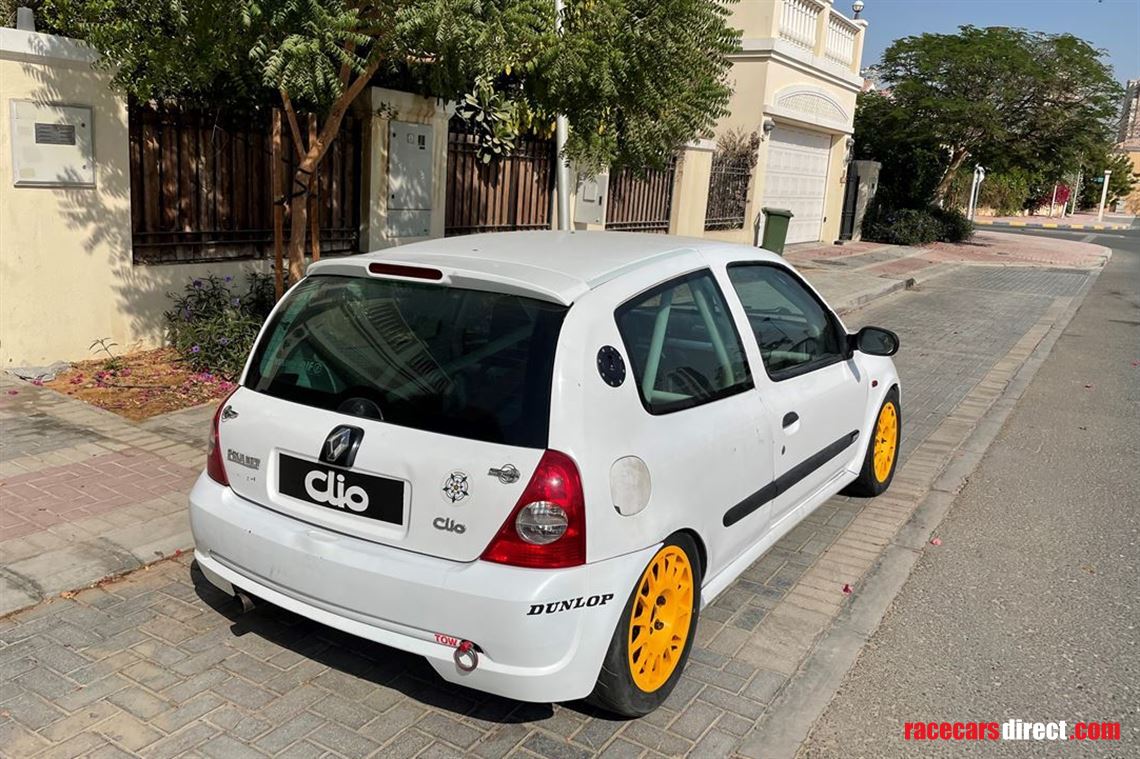 Originally built by Renault Sport [Renault’s motorsport arm] at their Dieppe facility, 017 was owned and campaigned from new by Boulevard Team Racing [BTR] in the UK Renault Clio Cup Series. BTR were a successful multi-car outfit who competed in the UK Clio Cup between 2000 and 2006, taking the driver’s championship in 2004 before stepping up to BTCC in 2007. Hence 017 saw only 2 years of competition in the hands of BTR’s team principal between delivery in 2005 and retirement in 2007, subsequently kept by him to be used for one round of Britcar then track days and driver training.

In 2011 the car was shipped to the UAE where it was entered by BTR for 2 rounds of the UAE NGK Touring Car Series. The car was looked after and stored by Phoenix Motorsport before being sold to the current owner in 2014. Hence despite its age, provenance and history, 017 is a 2-owner car from new.

The current owner used the car for track days until 2017 when 017, was laid up due other racing commitments. Since then, the car has been given a thorough mechanical overhaul ready hit the track again.  The engine was overhauled with new bearings, rings, water pump etc, with the SADEV gearbox being rebuilt. and all other major systems were stripped, cleaned, and rebuilt as required

This is a rare opportunity to purchase a complete, fully operational and very original factory race car with known history and only 2 owners from new. 017 would offer its new owner a very useable, sorted, enjoyable and demanding drive. Weighing 940kg with 190bhp on tap, it allows for surprisingly quick lap times and with slicks fitted there is very little that can stay with it through the corners. An exceptional track day prospect and an appreciating asset, 017 could also be made race ready with little effort.

One of the cleanest cars around

No more missed footage or wasted battery! Control GoPro via a wired button from the dash!