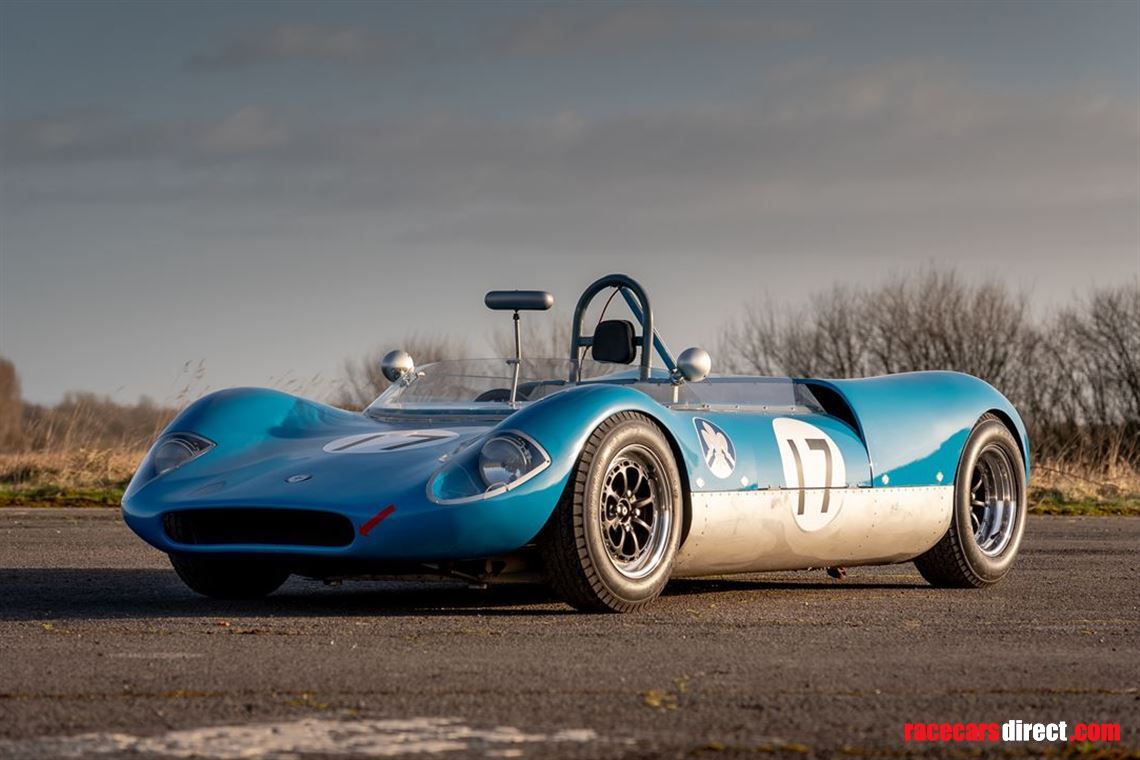 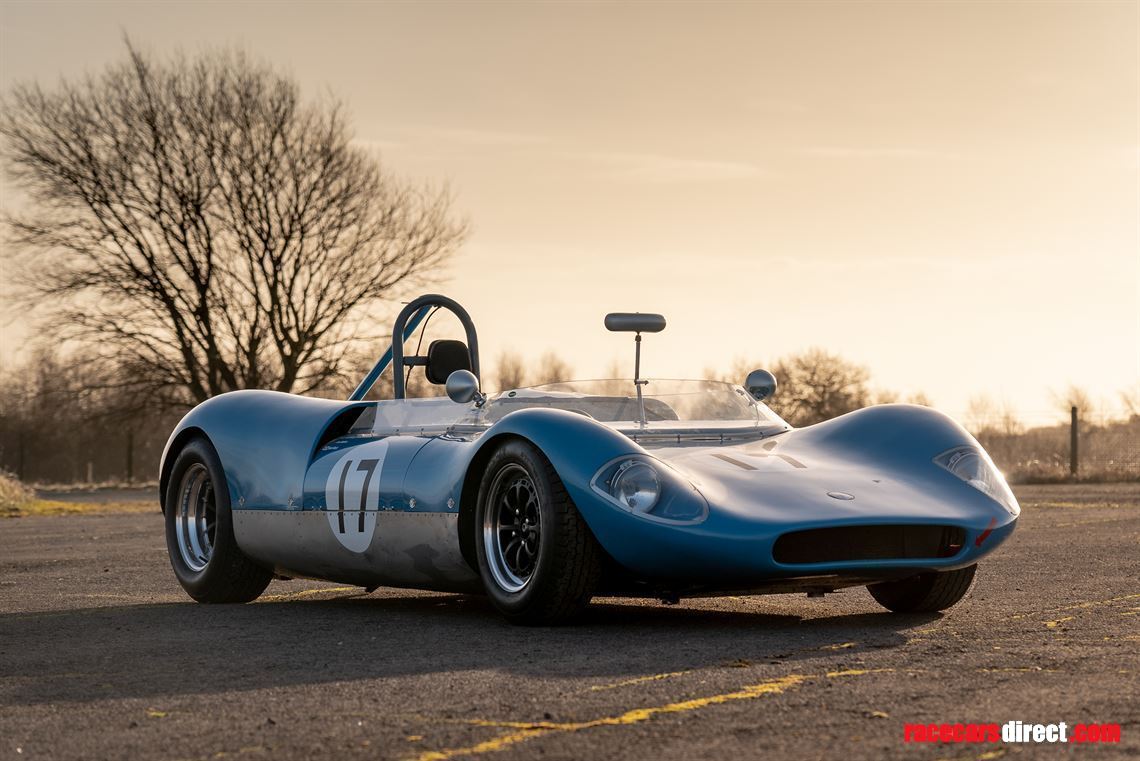 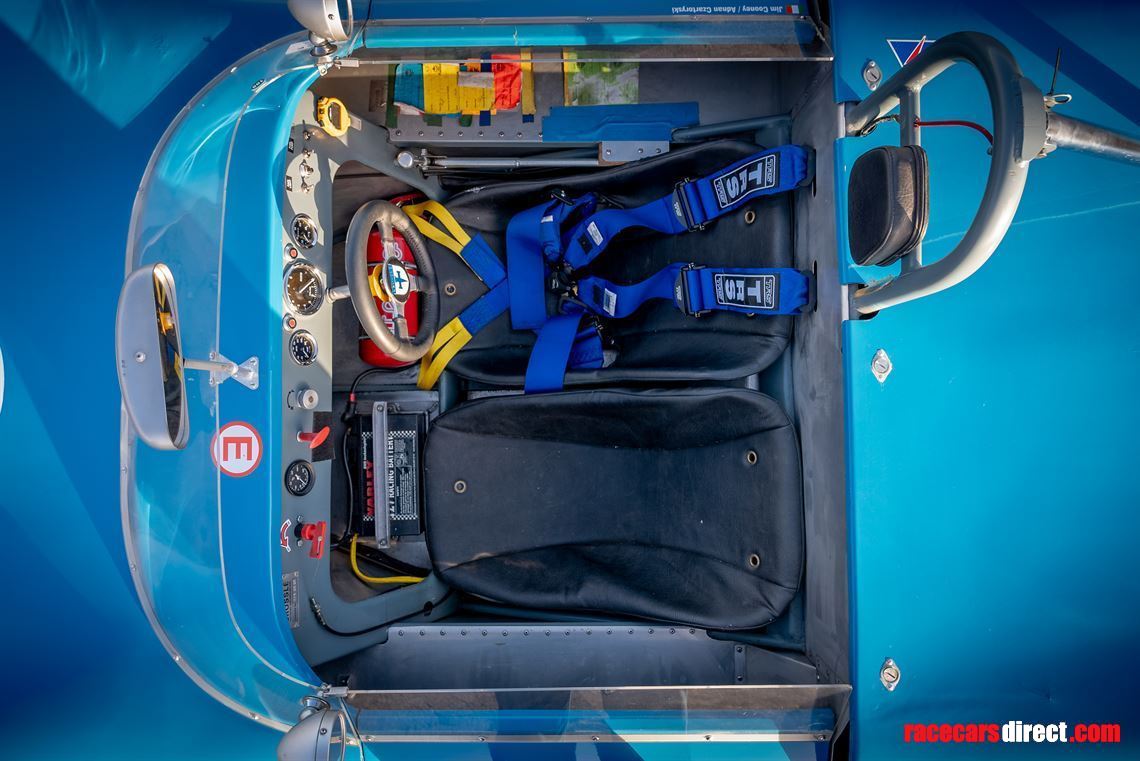 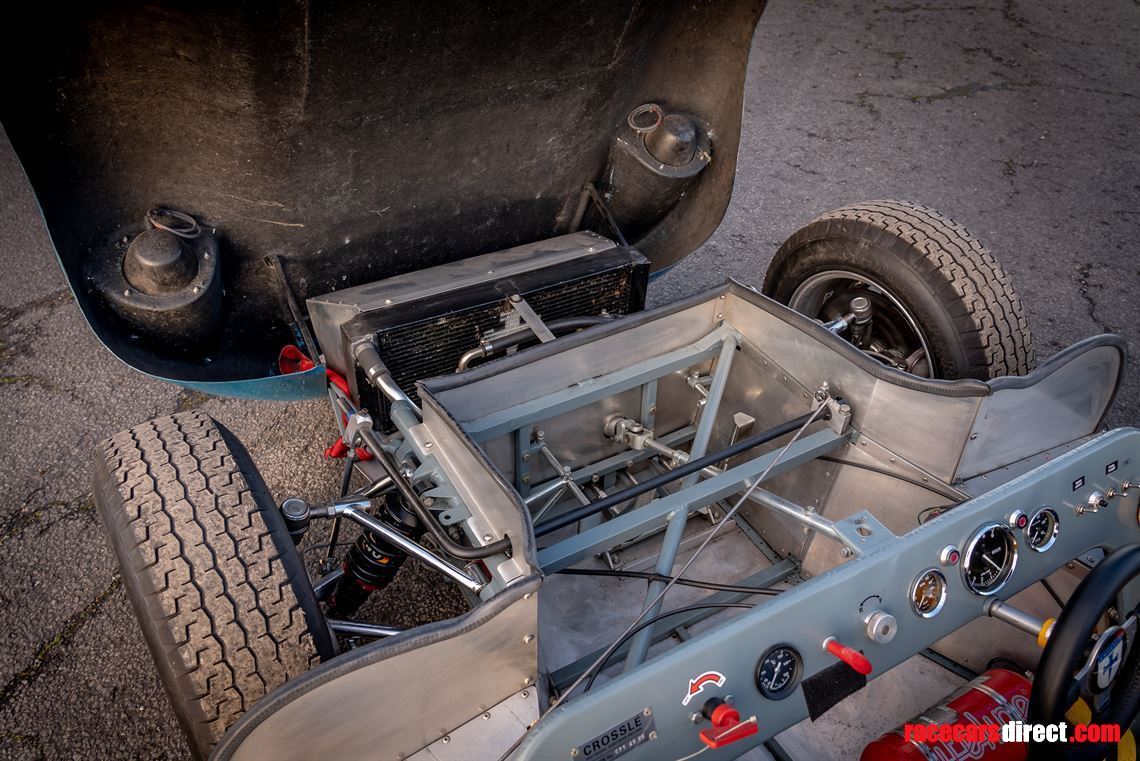 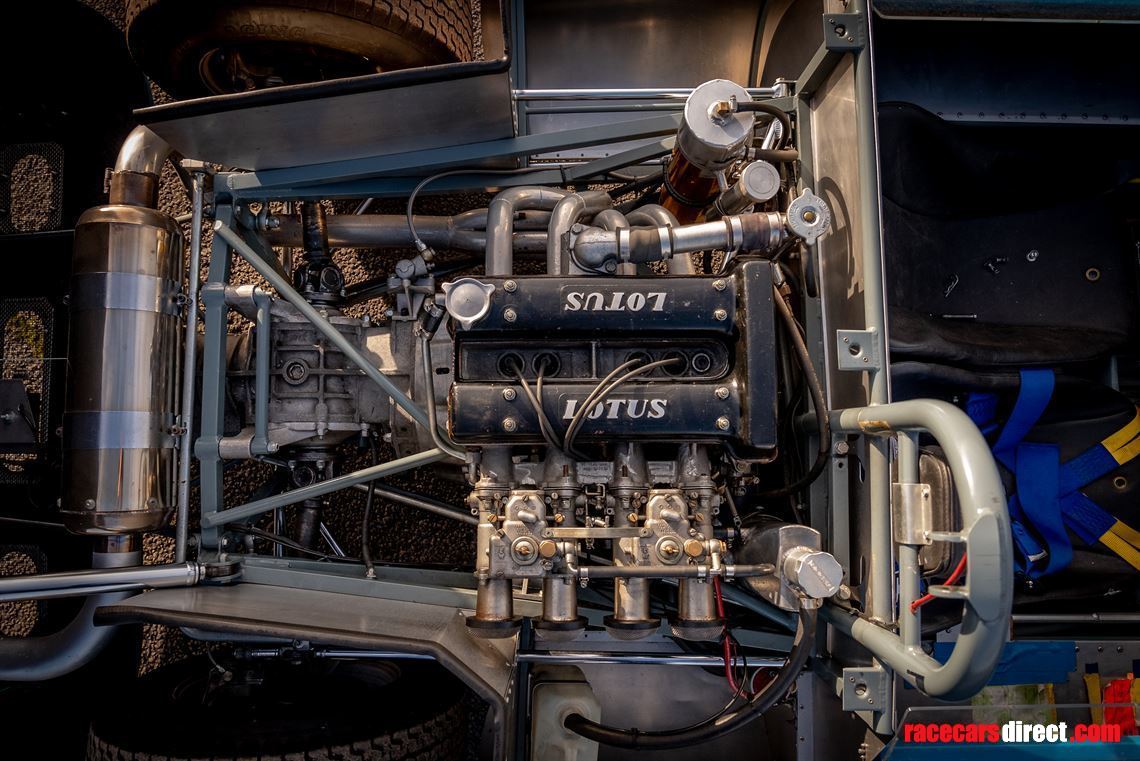 Chassis number C7S 65 25 is an immaculate, competitive and well known Crossle with a fascinating and well documented history.  Ordered in May 1965 it was the second car supplied to the Irish Team Supertune in their pale blue colour scheme. The Honourable Mervyn Wingfield had taken delivery of his 7S in December 1964, and this car was for his team mate Jim Cooney.

Both were entered for the sports car race at Solitude circuit near Stuttgart on 18th July, and because this car was yet to be completed Wingfield departed without it, taking the twin deck trailer. Undeterred, Cooney drove the car on public roads and took two ferries from the Crossle factory across Europe to Stuttgart. This lengthy running in session clearly did the car no harm, with Cooney outqualifying his team mate and both cars finishing the race!

After further Supertune races at Phoenix Park, Montlhery and Dunboyne the car was bought by Des McCoy who raced it at the first Mondello Park meeting in 1968 before ending up in Sweden with jazz drummer Arne Maltuse. Purchased from Arne in 2006 by the then Crossle Car Company owner Arnie Black the 7S was rebuilt by the factory over several years and has since been raced at selected meetings, including the Spa Summer Classic, Copenhagen Grand Prix, Goodwood Revival and Members Meeting, Croft Nostalgia Festival and 3 class wins at the Oulton Park Gold Cup.

The extensive factory rebuild included new bodywork, a fully rebuilt all steel and legal Twin Cam engine from Yarwood Engineering and a rebuilt Hewland MK5 5 speed gearbox. Regular ongoing maintenance work has subsequently been carried out by the owner and where necessary at Crossle Car Company. The engine was rebuilt and upgraded in 2016 at Yarwood Engineering. Currently fitted with 6 x 13 front and 7 x 13 rear Mike Barnby split rim wheels and tyres, with a set of Compomotive wheels and tyres also included.

Offered for sale in immaculate race ready condition with FIA HTP papers valid to the end of 2027, belts and fire extinguisher in date. A detailed history file is included, together with a copy of the Crossle book, in which the car features extensively.  A fabulous and competitive piece of Crossle history, with the added benefit of excellent back up and spares availability from the factory. 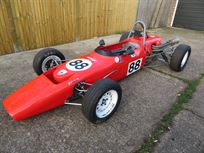 Check below our incredible offer for the NEW AUDI TCR cars build from 2020 onwoards!