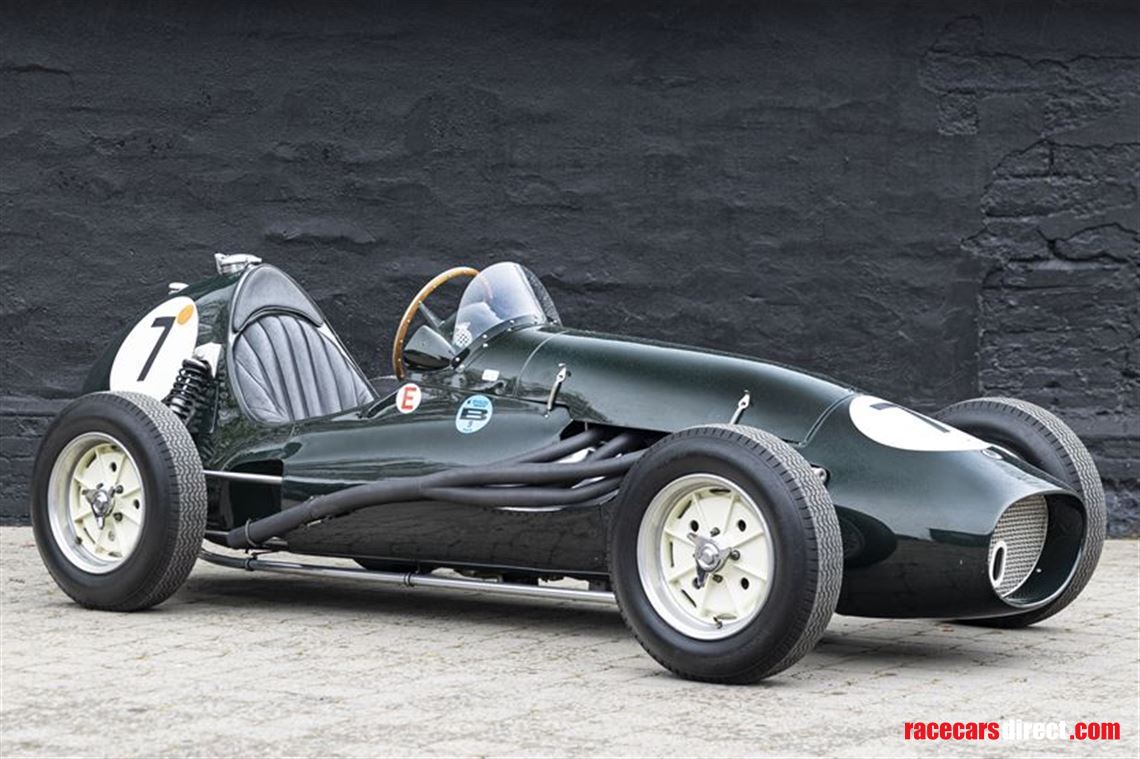 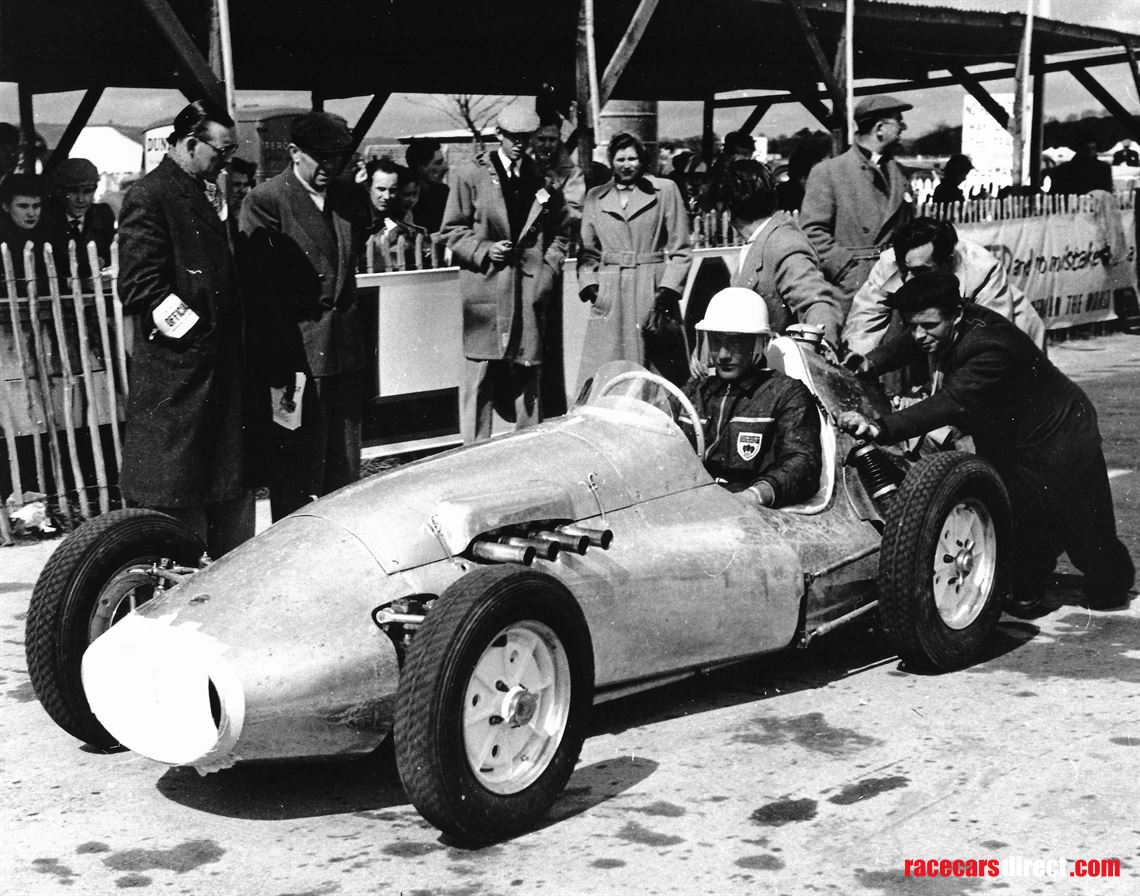 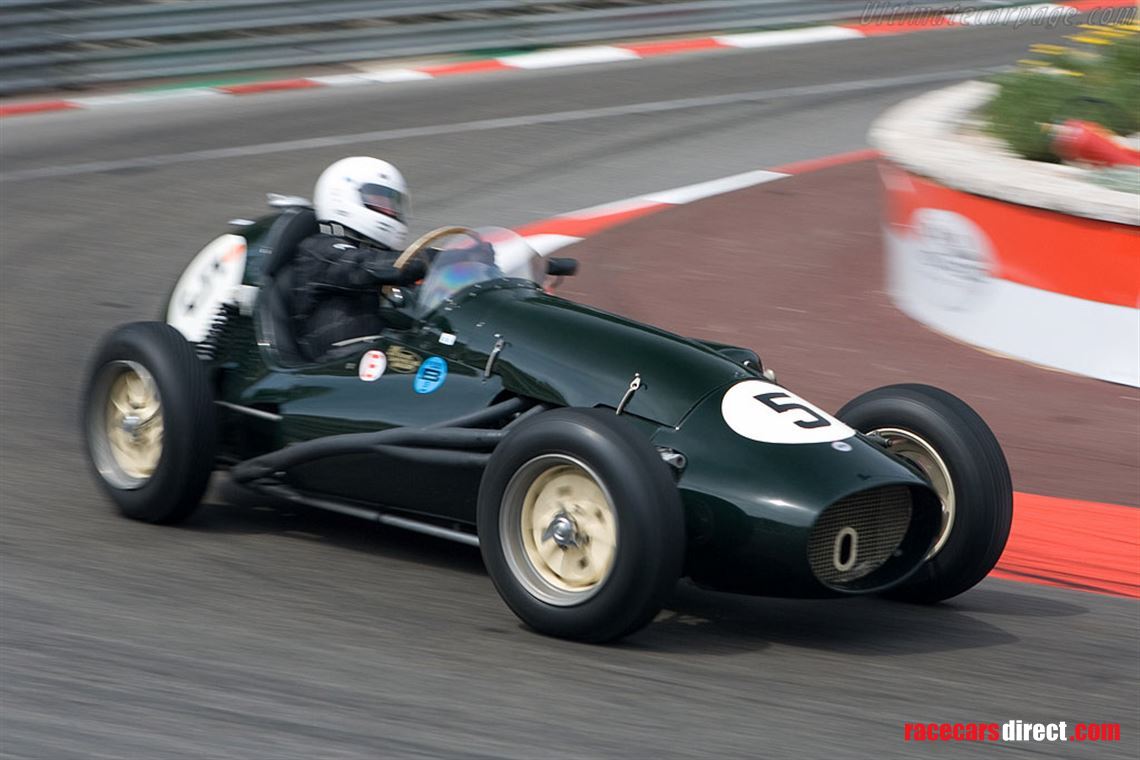 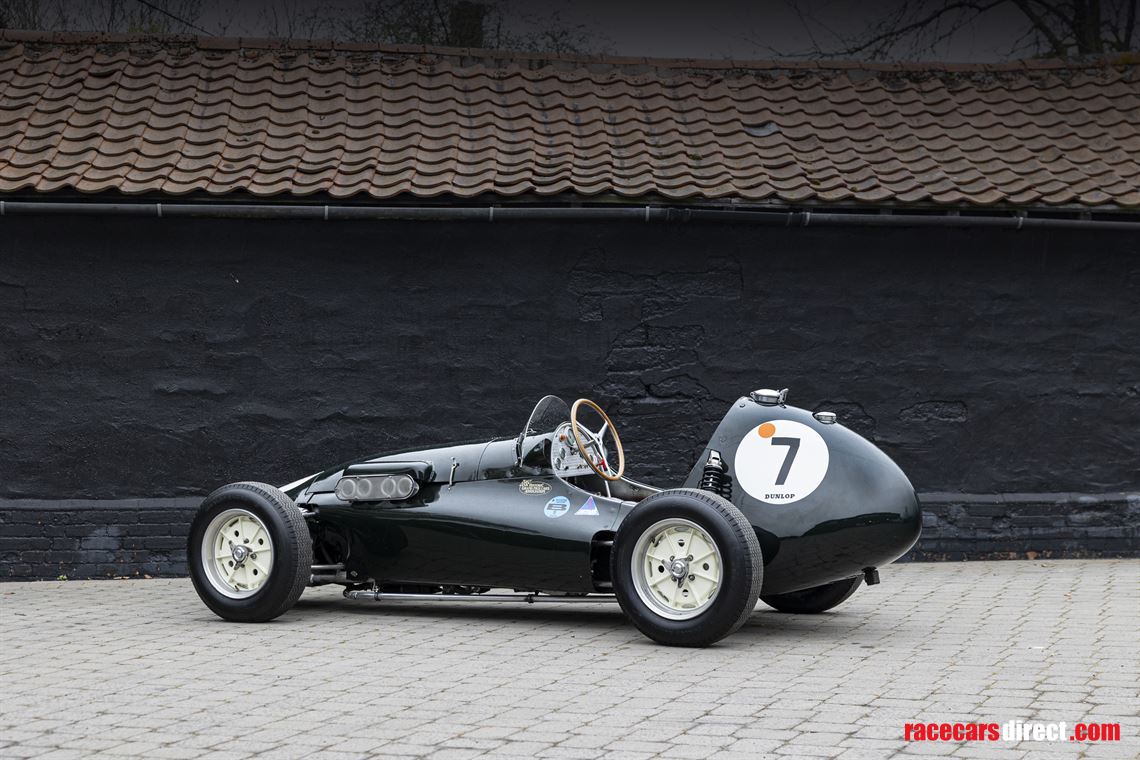 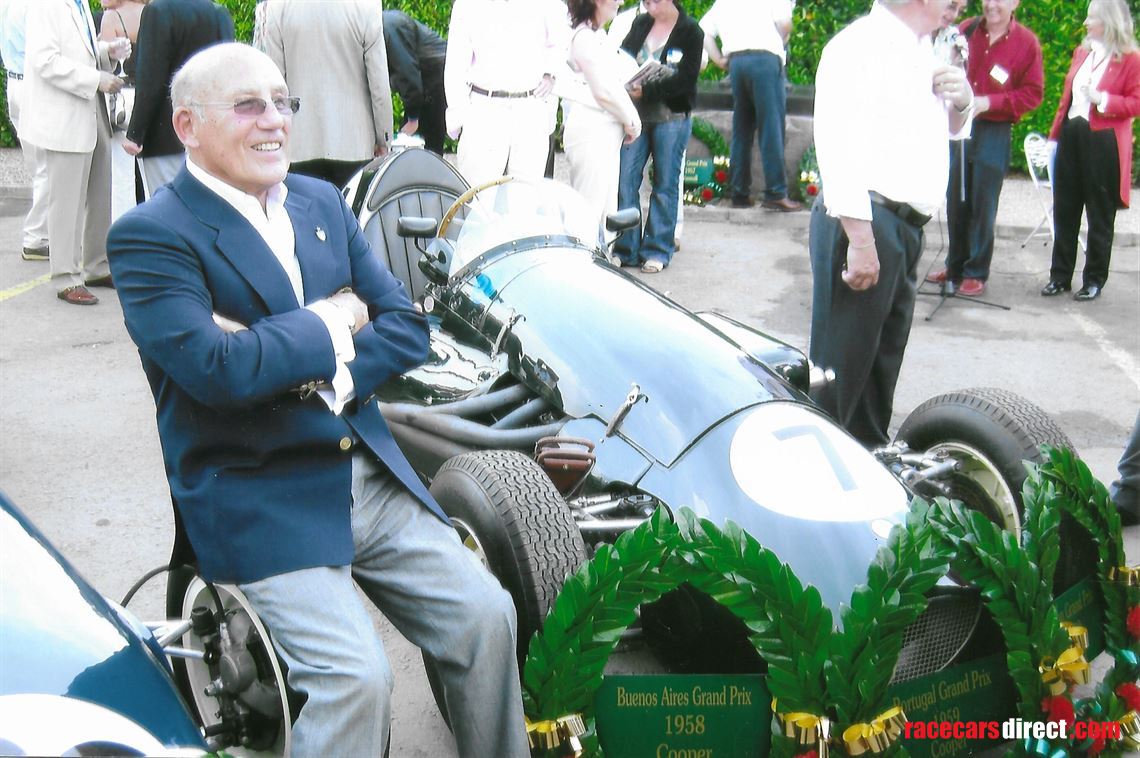 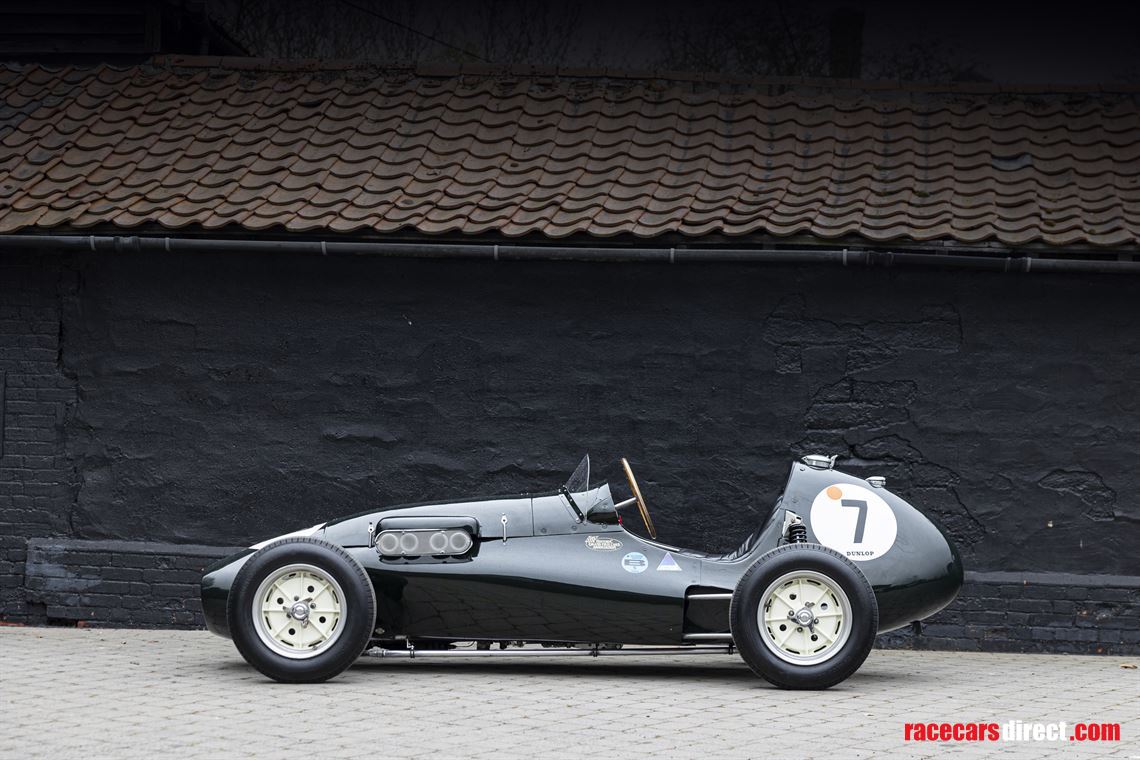 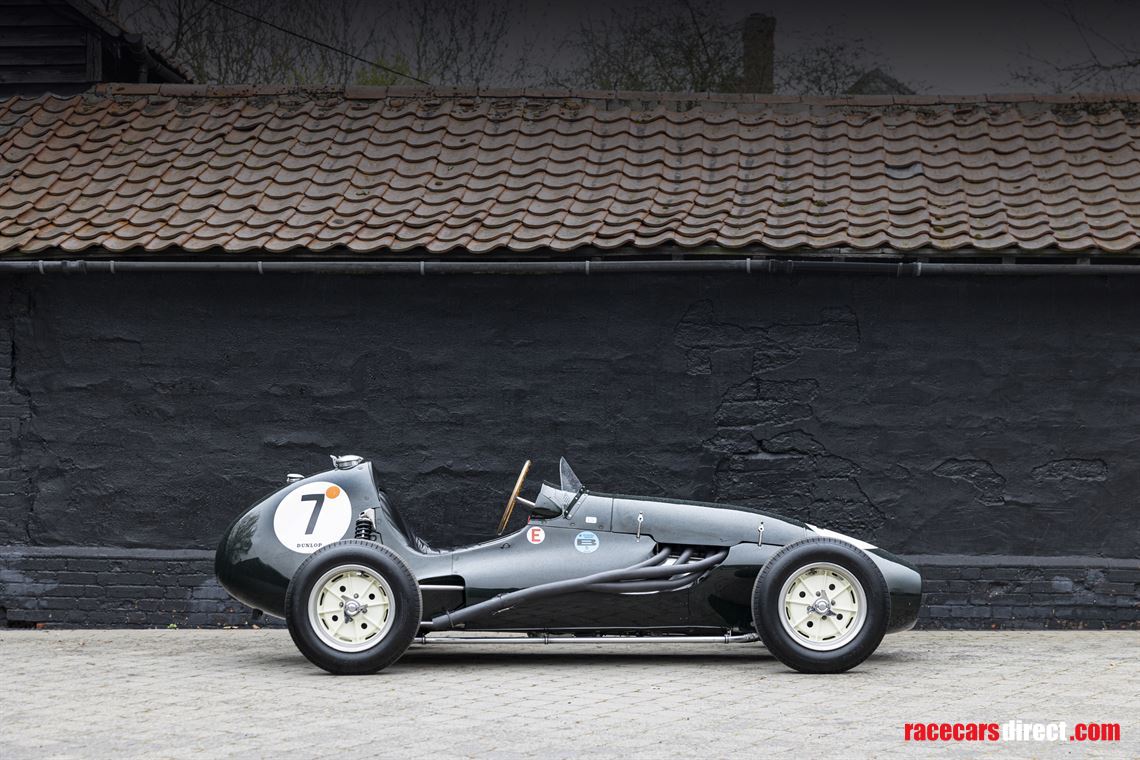 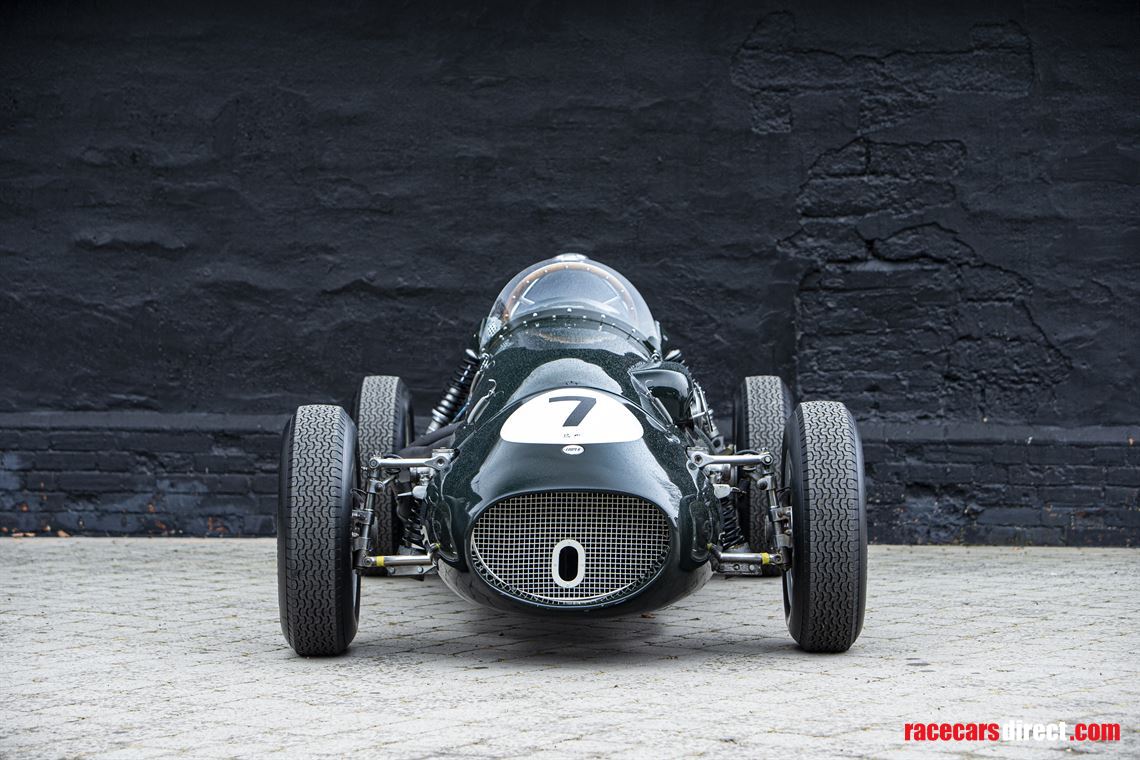 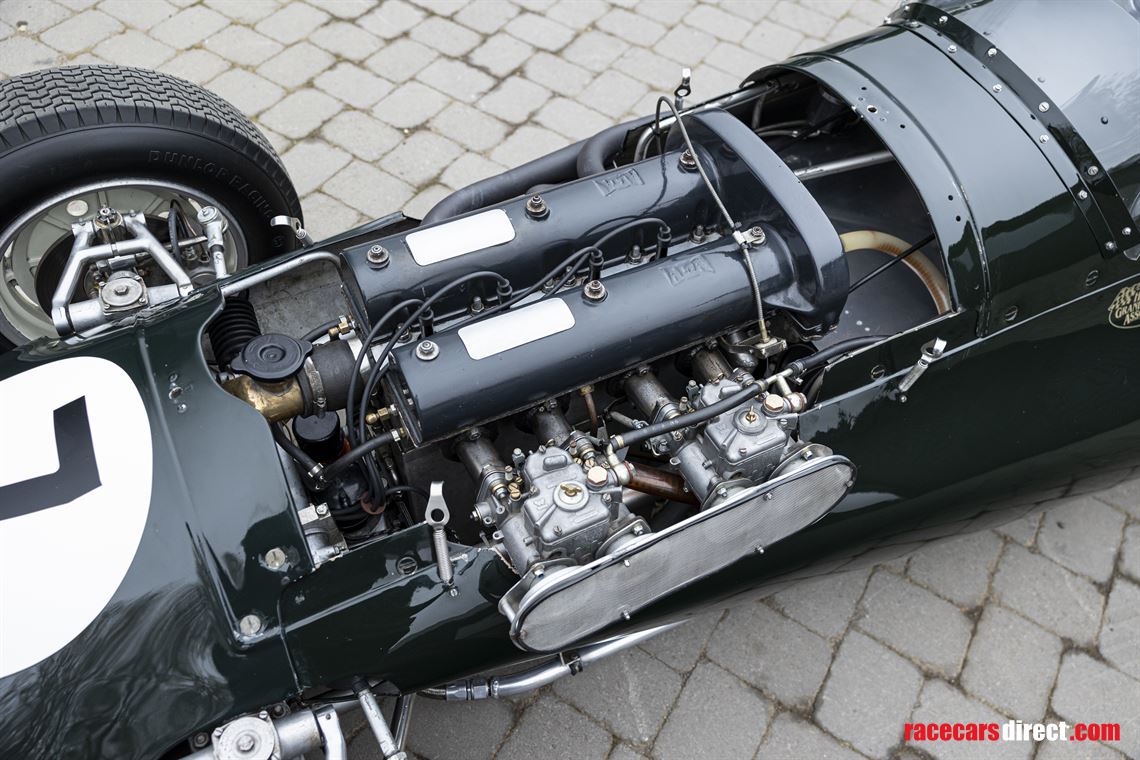 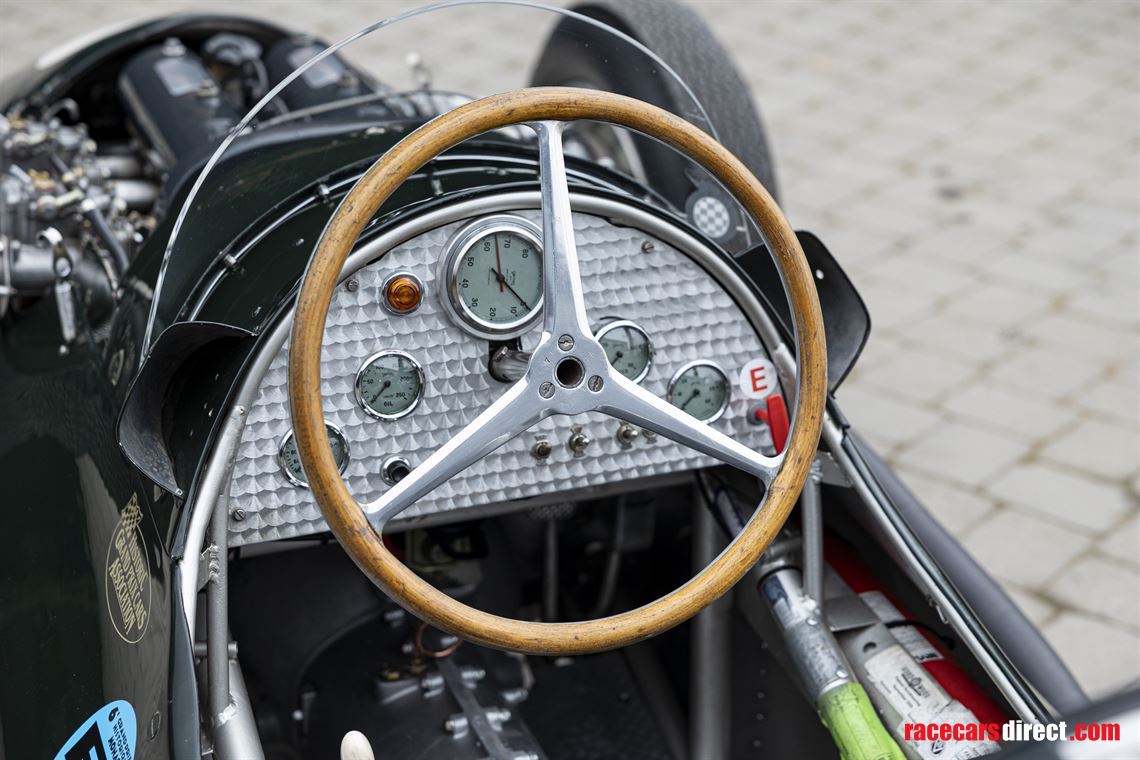 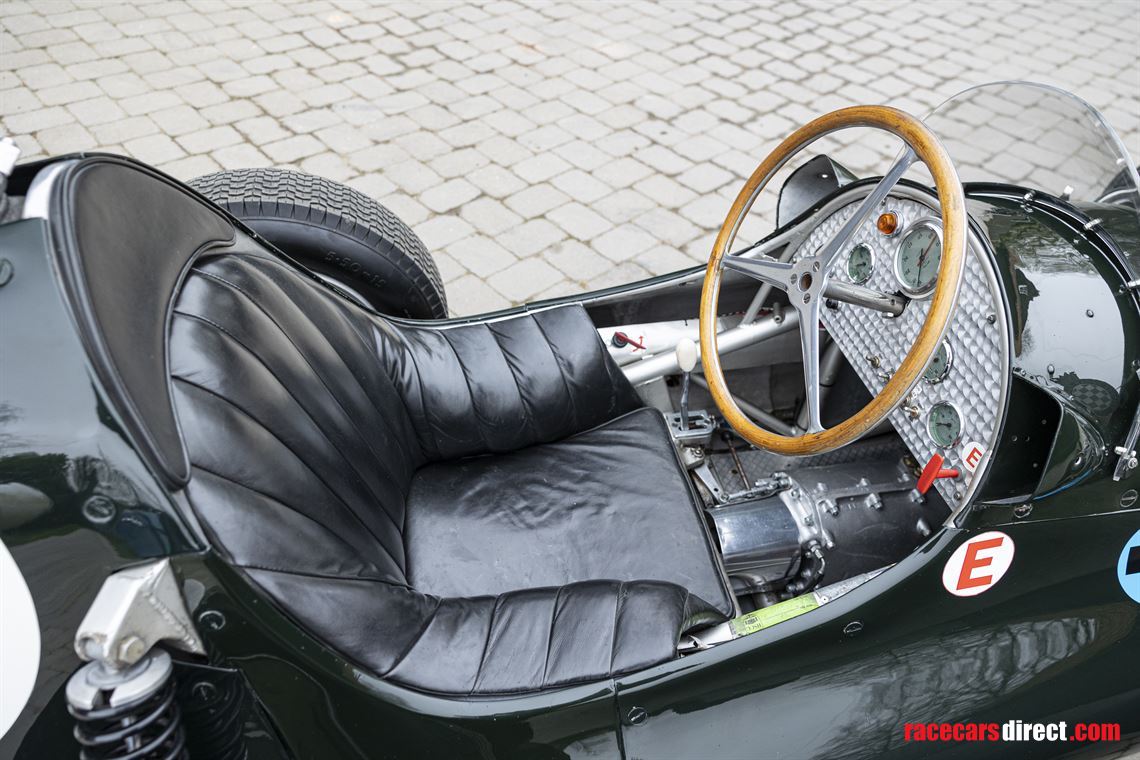 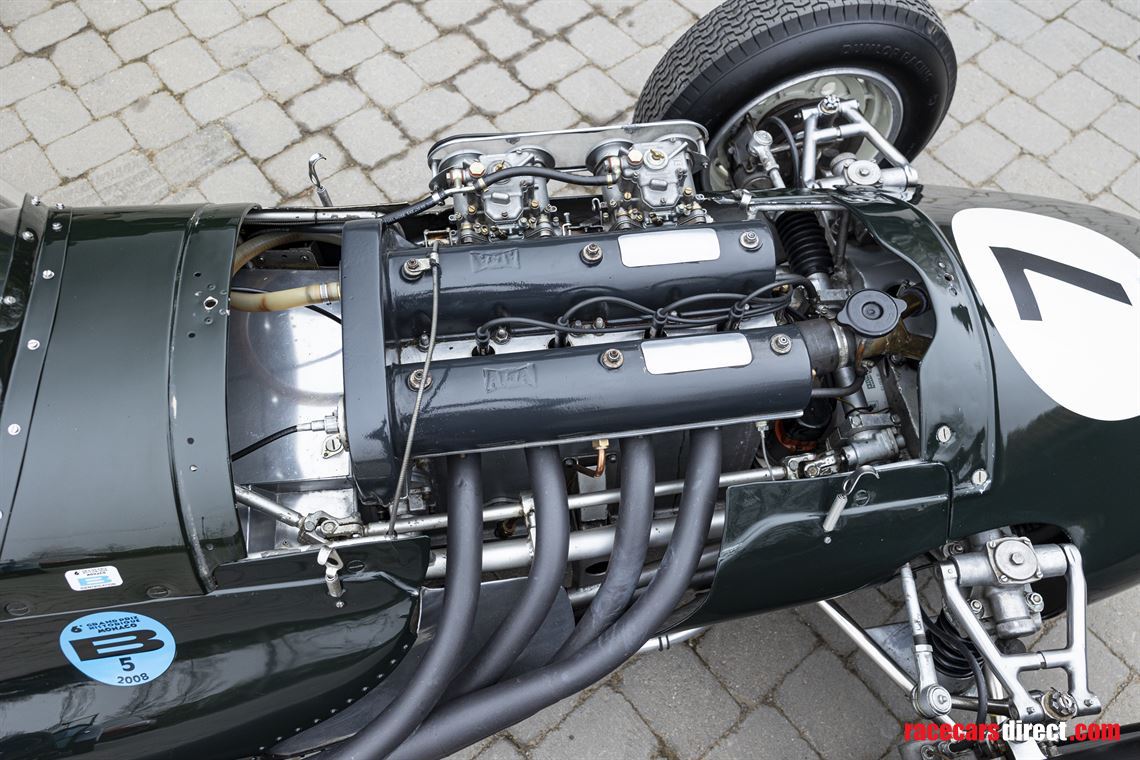 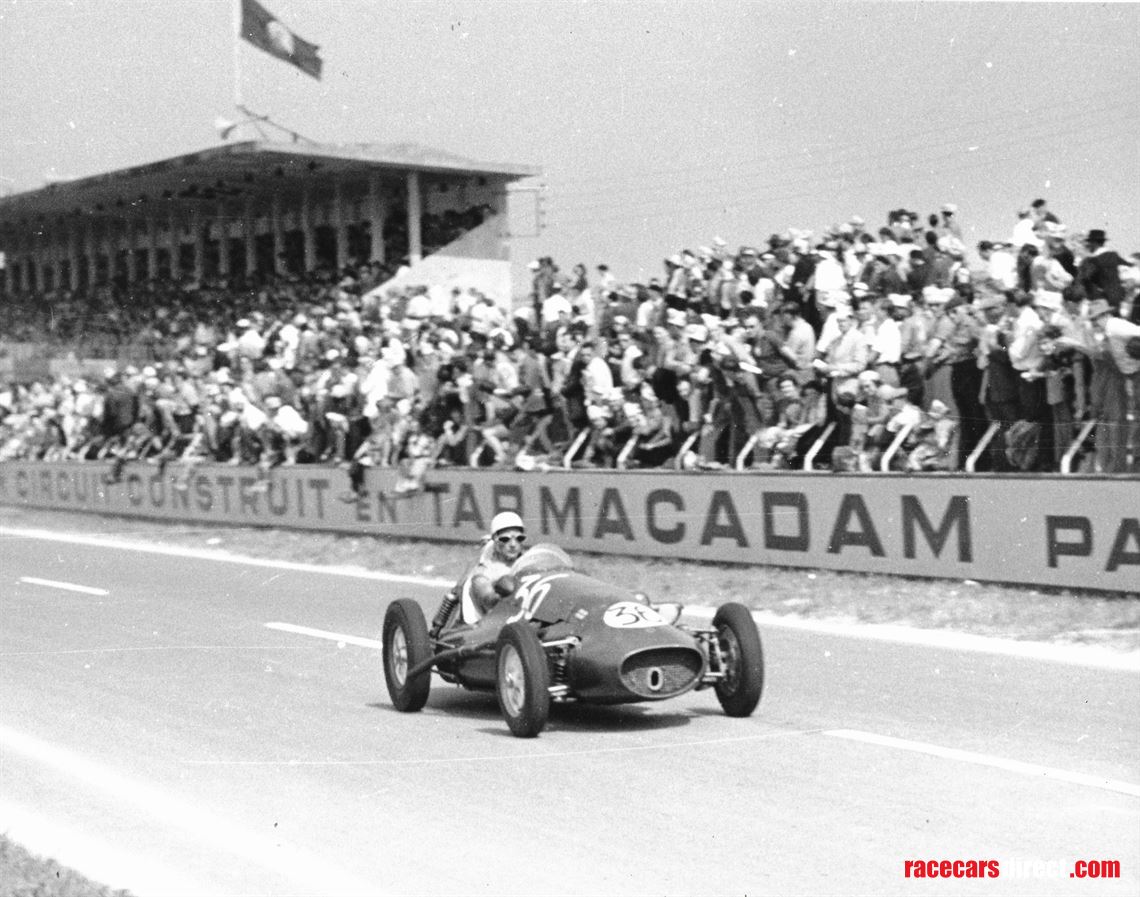 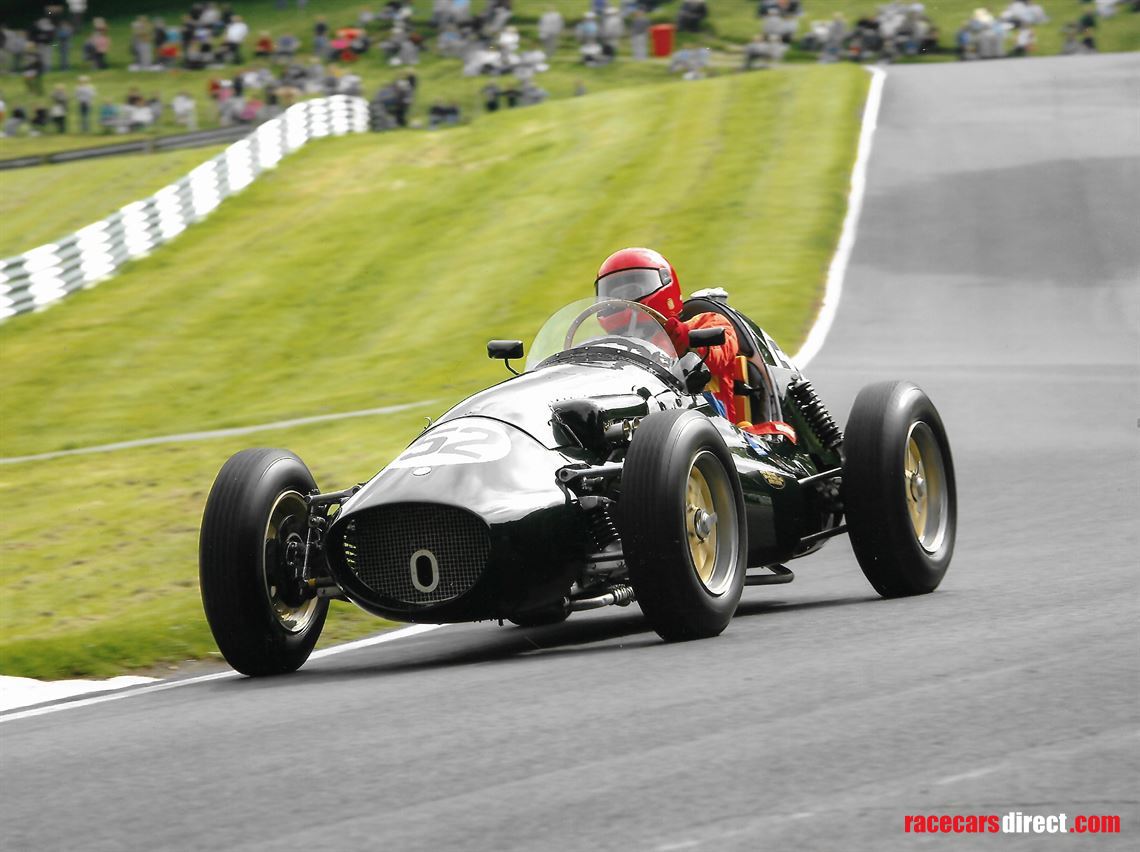 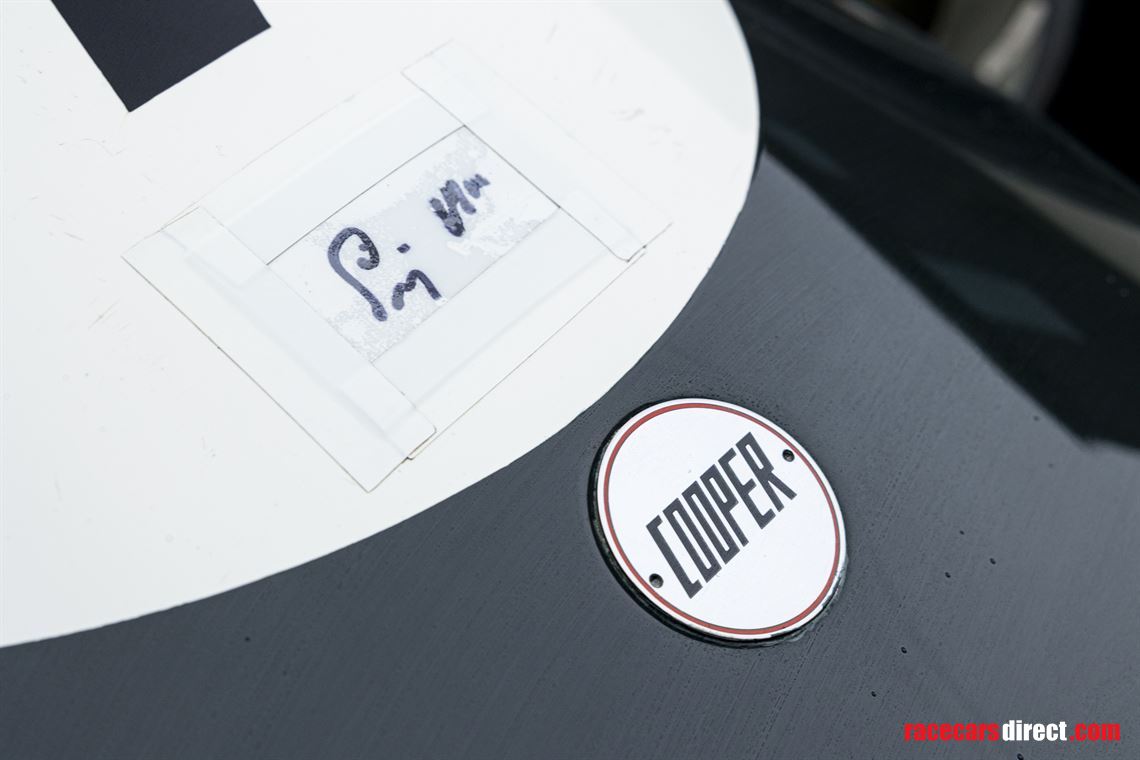 By the end of 1952 Stirling Moss was desperate to have an all British Grand Prix car that could do justice to his supreme talent and allow him to fight for Grand Prix victories, against the likes of Fangio and Ascari and there Ferrari and Maserati Grand Prix cars.

Having exhausted the potential of the HWM Team by 1951 and been bitterly disappointed by the ERA in 1952, Moss’s close friend John Cooper (Sports Editor of The Autocar and not the racing car manufacturer) suggested that they modify a Cooper Bristol chassis to improve its road-holding, in-line with his ideas on racing car design, to give Moss the cutting edge Grand Prix car his talents so clearly deserved. There was a precedent for this since Cooper (a qualified Mechanical Engineer) had been involved in the design of the 1951 Kieft Formula 3 car which had been constructed for Moss and which had been dominant (albeit briefly) in F3 with Moss behind the wheel.

The Cooper Car Company were very keen to help in any way they could and agreed to supply any parts needed free of charge and so the decision was made to go ahead. With Cooper setting down his vision as to the design and specification, Ray Martin (who had constructed the aforementioned Kieft) being in charge of the construction, Moss’s loyal mechanic the British domiciled Pole Alf Francis working on the build together with four other enthusiasts, who had joined this venture on very little pay, but desperate to be involved in this all British World-Beater.

Crucially though the decision to go ahead with the construction of the car was not made until Christmas of 1952 and the car had to be ready to compete at the Goodwood Easter Meeting giving the small team just 12 weeks to construct a racing car. Also the finance so necessary for a car with so many new ideas on it was sadly lacking, relying on the personal resources of those involved, plus a small amount of help from trade suppliers and free parts from Cooper. Sadly these factors were destined to mean the Cooper Alta would never be able to fulfill its enormous potential, even with the talents of Moss behind the wheel.

The already hard-pressed teams hopes were given a further dent when the aforementioned Cooper Bristol chassis and body were delivered to Ray Martin’s premises for the car to be based upon. It rapidly became clear that they would require such fundamental modification to meet with John ‘Autocar’ Coopers design, that it would be quicker to start absolutely from scratch.

The technical specification outlined by Cooper consisted of wishbone/coil front suspension, rear suspension by de Dion tube controlled by a Watts linkage with coil springs, disc brakes at the front, inboard drums at the rear, in a very compact and light multi tubular chassis, with a very neat aluminium body wrapped round it. Motive power was originally planned to be the 6-cylinder twin-cam Maserati engine as fitted to the firms A6GCM Grand Prix car, but when Maserati proved reluctant to supply anything else other than a complete car, the decision was made to use one of Geoffrey Taylor’s effective four-cylinder Twin-Cam Alta engines, together with an Alta gearbox, this would also keep the project all-British, crucial to Moss’s drive behind the project.

The trials and tribulations of the construction of this car are vividly described by Alf Francis in his classic book Racing Mechanic, suffice to say there were endless shortages of materials, the dummy Alta engine sent by Taylor which the car was built around turned out to be a different size from that which was actually intended for the car. Together with a multitude of other problems associated with constructing one of the most advanced racing cars ever built in the UK, with very little time and money. Added to which Martin and Francis did not get on at all, which was only exasperated by the long hours they were forced to work together.

After a turbulent gestation the Cooper-Alta did make the Easter 1953 Goodwood Meeting, where having been finished the night before, it unsurprisingly retired from one race and non-started in the other two for which it had been entered.

Following Goodwood Ray Martin left the project and Alf Francis took charge of running the car with John ’Autocar’ Cooper remaining as technical consultant. The car next ran at the International Trophy at Silverstone in May where in a world-class field, with the car still almost completely un-developed the Cooper-Alta finished second in its heat to de Graffenreid’s Maserati, in front of very strong opposition from Maserati, Connaught, Ferrari, Cooper and HWM. Moss and the Cooper Alta started from the front row of the grid for the final, but finished in ninth having to pit for fuel, since so hurried had the cars construction been that not enough fuel tankage had been incorporated, for a full length International Formula 1 race.

Despite this promising showing the Cooper-Alta had serious handling problems with marked oversteer that the small underfunded team were never able to improve, exasperated by almost constantly being abroad racing the car to keep the vital start money flowing in, the following results were achieved during a part 1953 season-

Following the French Grand when the cars clutch had disintegrated, Moss decided there was no point in persevering with the car and shortly after placed an order for a Maserati 250F for the 1954 season. Having decided that for the time being it was impossible to create an all British Grand Prix challenger. Indeed it would take the financial might of one of Britain’s biggest industrialist Tony Vandervell to achieve this in 1957, which shows how the odds were always stacked against this brave underdog.

The Cooper Alta remained with Moss until his business manager Ken Gregory sold it in 1955.

The car passed through the trade and was next heard of when raced by J.S. Reed at Snetterton in 1957, see image on file.

At some point during the late 1950s the Cooper Alta made its way to Jersey where it took part in sand racing as shown in various images on file. The next known owner of the car was Mr J.A. Stringer of Dorset who bought the car from Knights Garage in St Helier Jersey in 1964, at which point it was described as in good condition cosmetically and mechanically- see correspondence on file.

Purchased by The Rt. Hon, the Lord Doune in 1968, for his renowned Perthshire based Doune Collection- see correspondence on file. Lord Doune had the car re-painted and some restoration work carried out on the car, but it does not seem to have been used. Instead it sat patiently on display in the collection for the next 30 years until Bugatti restorer Ivan Dutton bought the car out of the collection in 1999. He in turned rapidly passed the car onto enthusiast John Lloyd who had renowned restorers Neil Davies Racing completely restore the car between 2000 and 2001, see invoices on file, having been little used the car was in remarkably original and complete condition still.

On completion the Cooper Alta was circuit tested and the notorious and in period incurable oversteer alleviated and the handling was much improved.

Mr Lloyd raced the car with the HGPCA during 2001 and 2002 and it was driven by Neil Davies at the 2002 Monaco Historic races, but used the car little thereafter, until selling it to the current deceased vendor in 2007.

A seasoned historic racer he raced the car enthusiastically and energetically throughout Europe, the car was always invited to the Goodwood Revival whilst in his ownership and was always accepted for Monaco Historics running there in 2008.

Following his sad death in 2011, the car has remained with the family. Whilst it has not been raced, it has been maintained by Ian Harris Engineering and been demonstrated. Most recently being invited to take part in the Stirling Moss Tribute parade/display of cars raced by the great man at the 2021 Goodwood Revival, it was also invited to participate in the 2014 Silverstone Anniversary display at the British Grand Prix marking the 50th Grand Prix to be run at the circuit, whilst also being demonstrated at Castle Coombe and Shelsley Walsh.

Offered with a spare new unmachined cylinder head, designed to give more power, fitted car cover, an alternative tail section and sundry other spares, FIA HTP valid until 31/12/25, sundry paperwork and many images of the car in the hands of Stirling Moss.