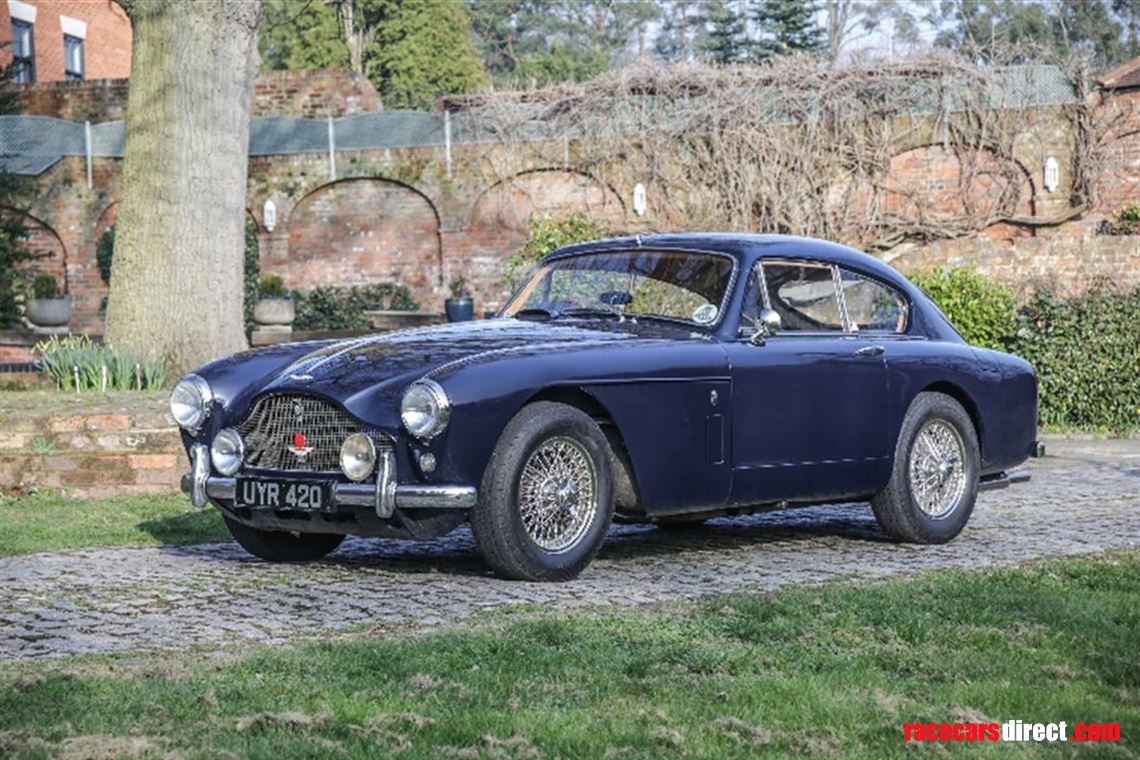 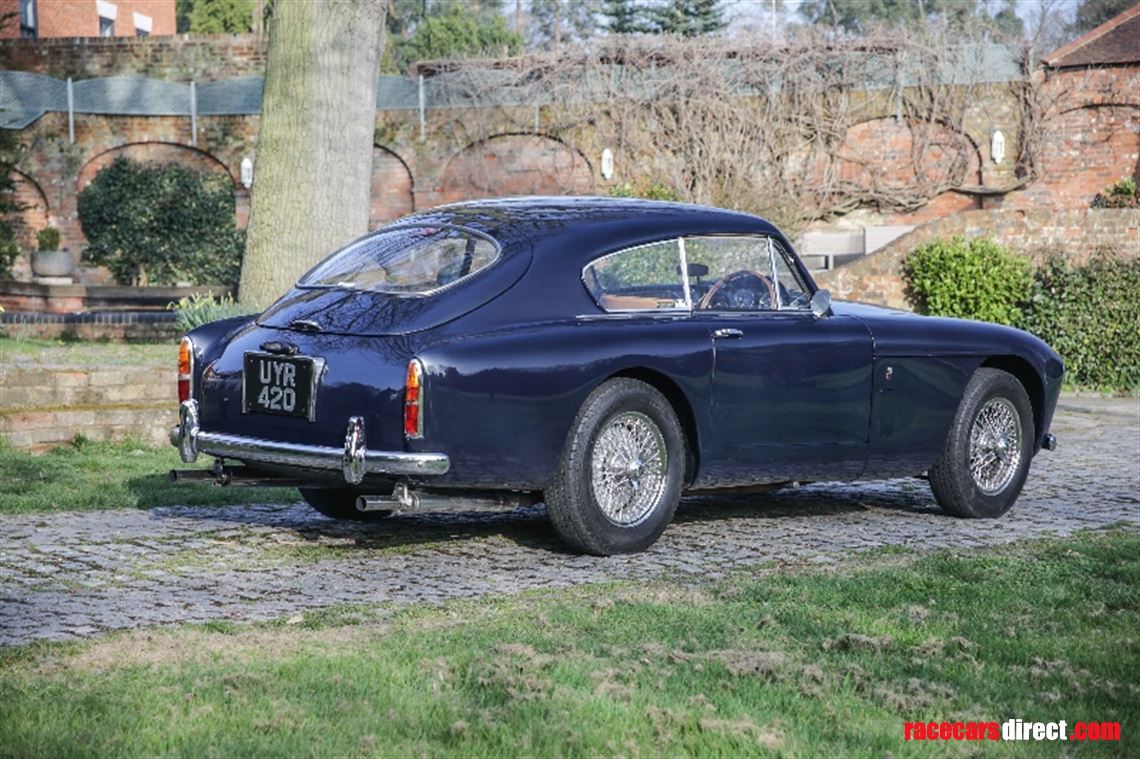 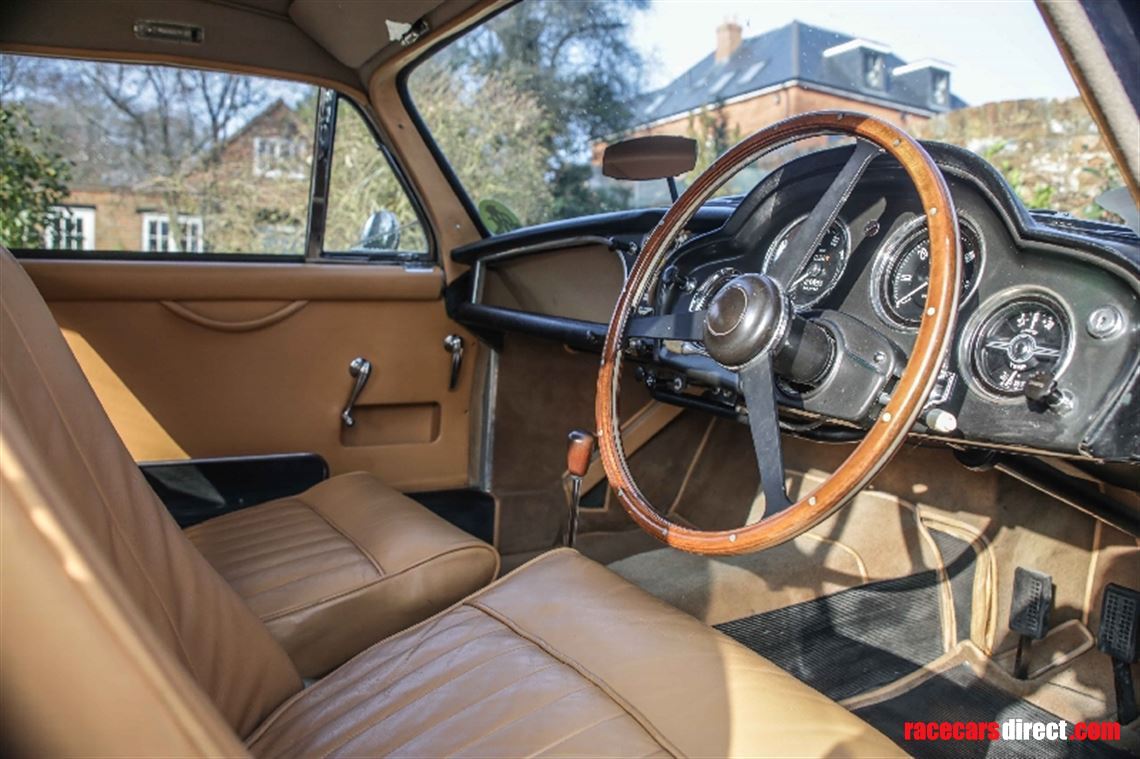 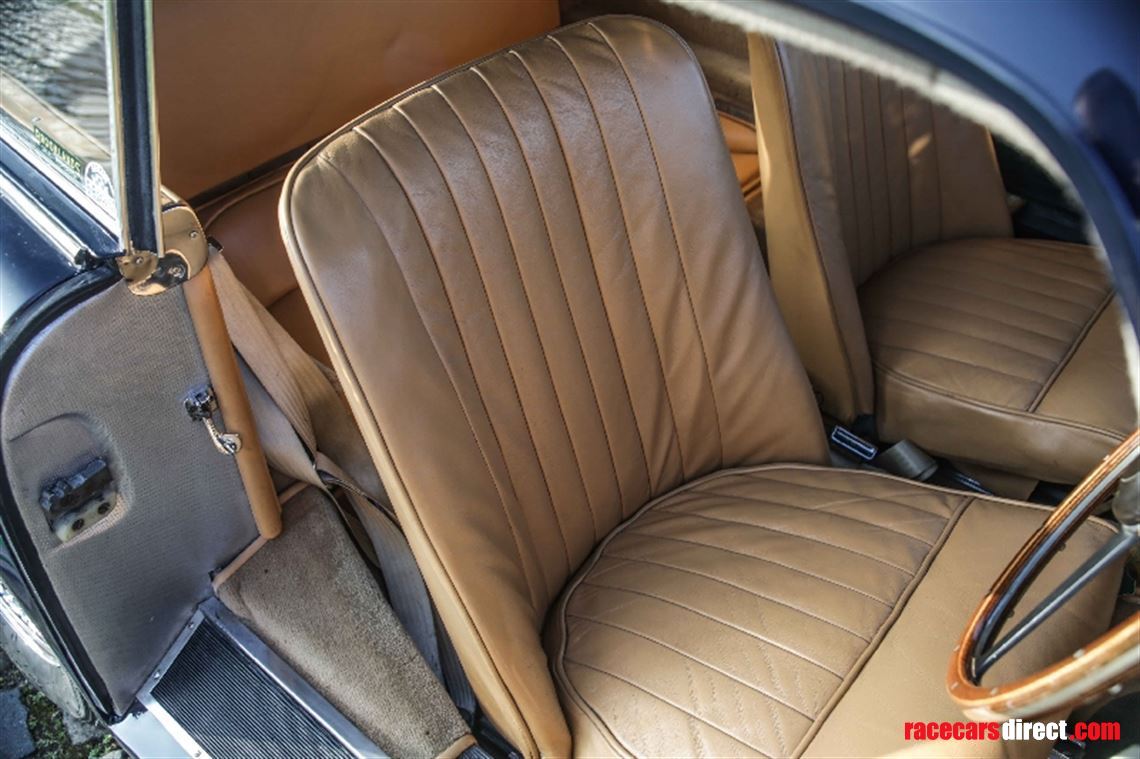 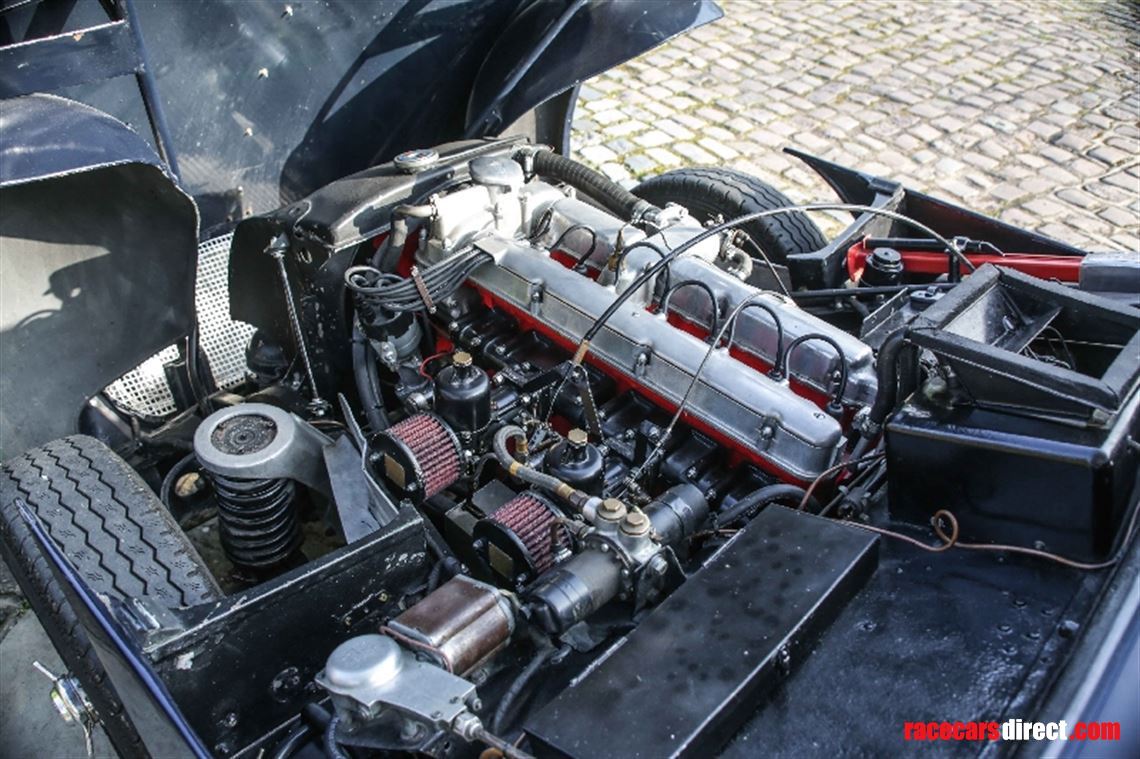 The Aston Martin DB1 from the late 40's was Sir David Brown's first foray into sports car production, after which came what are popularly known as the "Feltham Cars", production of which began in 1950 with the advent of the 2 seater DB2. This was a nimble and quick 2 seater and proved to be very popular both in Coupe and Convertible form. The design then grew somewhat with the arrival in1953 of the DB2/4 with a slightly longer wheelbase and higher roofline, sufficient to accomodate rear seated pasengers. During the production, the engine size was increased from 2.6 to just under 3.0 litres giving increased power and a MkII version appeared in 1956.with fairly minor restyling. The most significant change to the Feltham range was announced late in 1957 with the arrival of the DB MkIII with a completely re-styled front grille borrowed from the DB3S and a revised instrument binical that followed the same contours. The engine whilst retaining an iron cylinder block was completely redesigned giving additional power and improved oil circulation. These are truly rewarding cars to own and drive and even to this day are sufficiently powerful to cope with modern day driving conditions.

Unbeknown to many, the DB MKIII is another James Bond Aston Martin, appearing in Ian Fleming’s novel Goldfinger, though by the time the book made it to the screen the DB4 series V was the current model and was used instead. Many believe it to have been a DB5.

This 1958 Aston Martin DB MkIII is finished in Midnight blue with tan hide interior. Previously owned by a gentleman since 1998 and sold by us in 2010 to the current owner. During his ownership, the car has been in regular use on numerous tours and many visits to the Goodwood Revival and has been considerably improved in the past 11 years. Such improvements have included a repaint by renowned Mitchell Motors in 2019, an engine and gearbox strip down and overhaul by Feltham experts Davron in 2014 which included an unleaded conversion and an axle rebuild in 2018. Hence during the past 11 years, something in excess of £60,000 has been spent. The car is in really nice condition and is a joy to drive and in our view this model of Aston Martin is still under-priced. £175,000