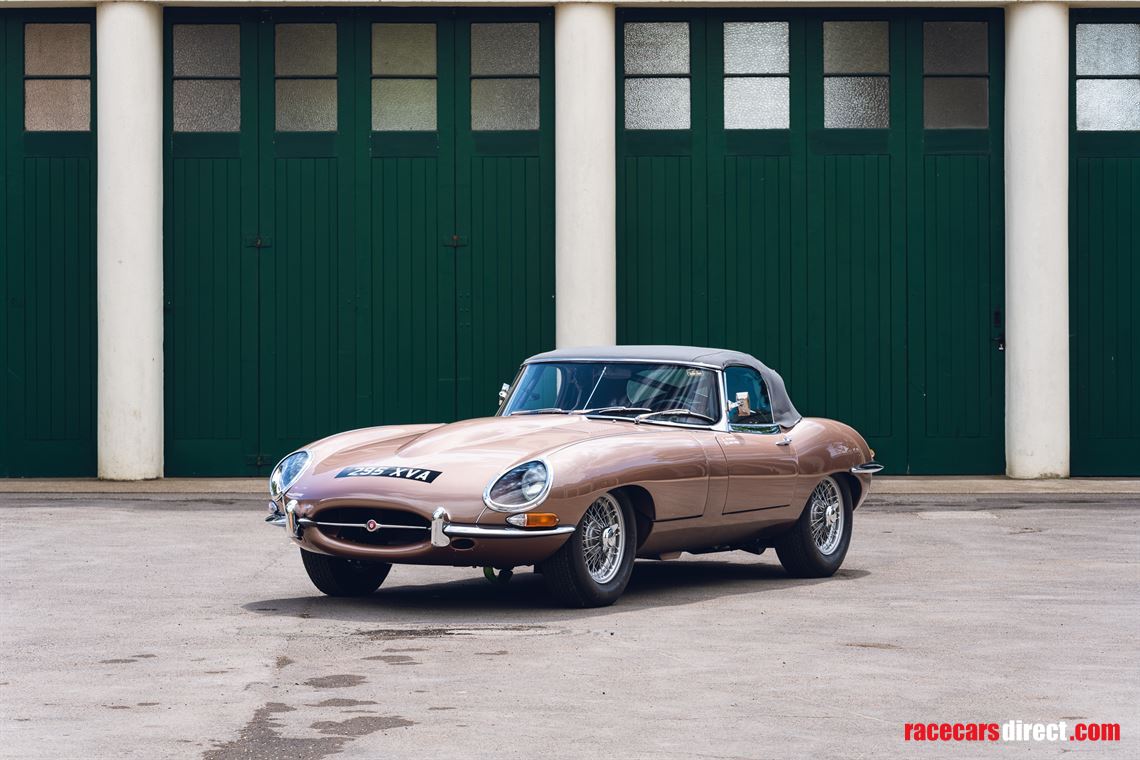 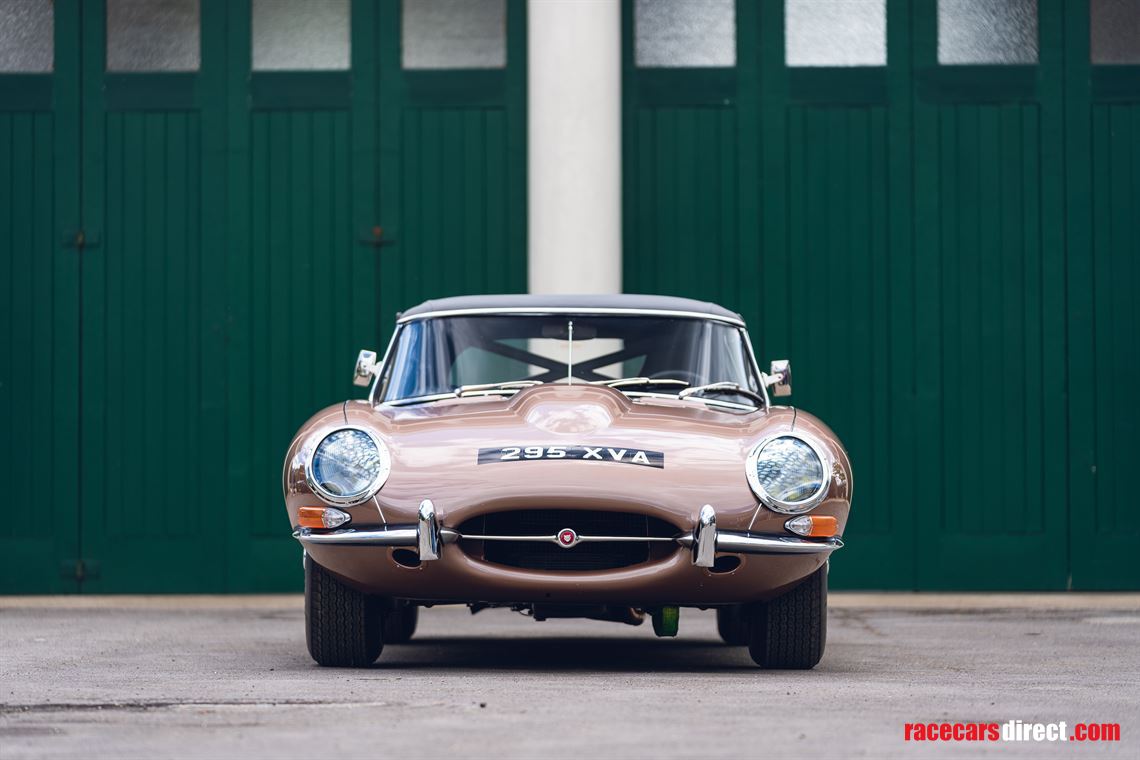 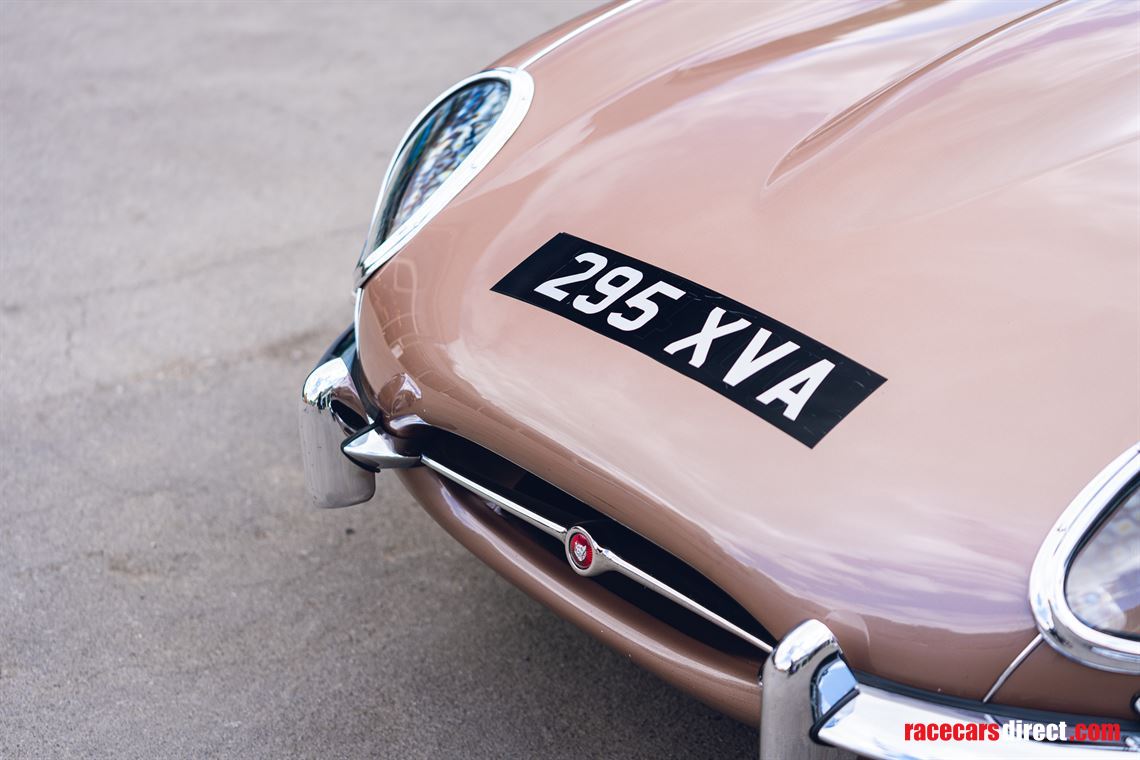 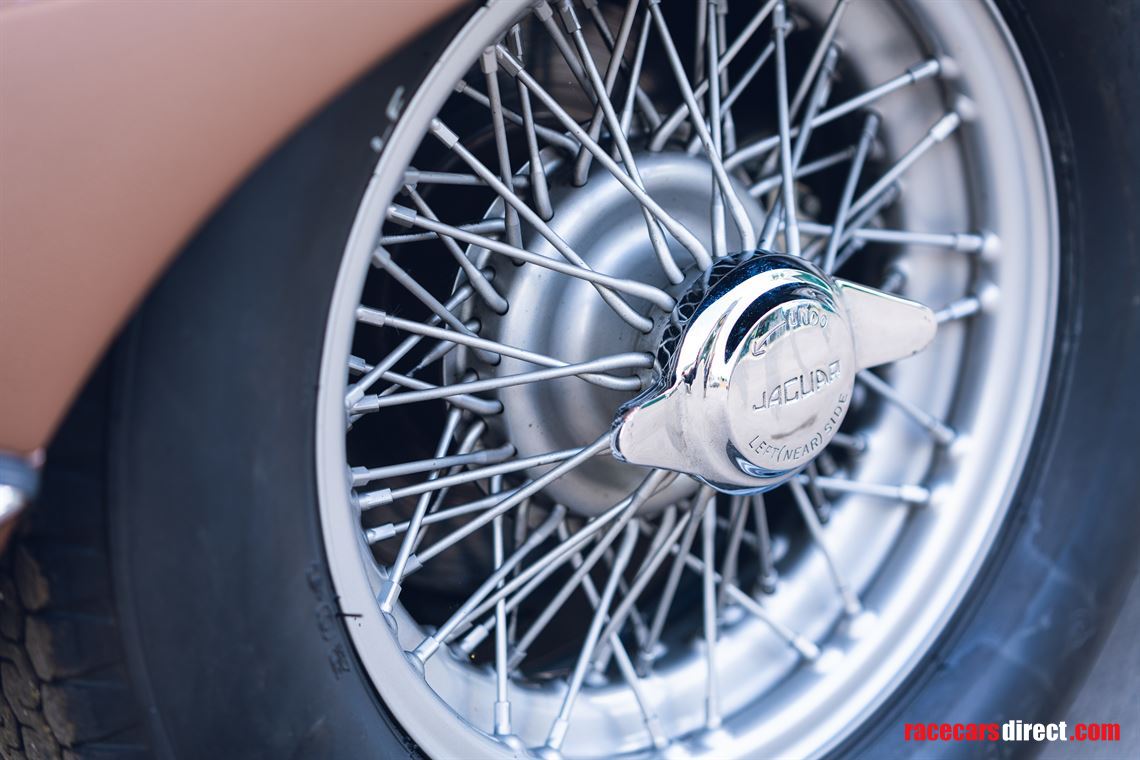 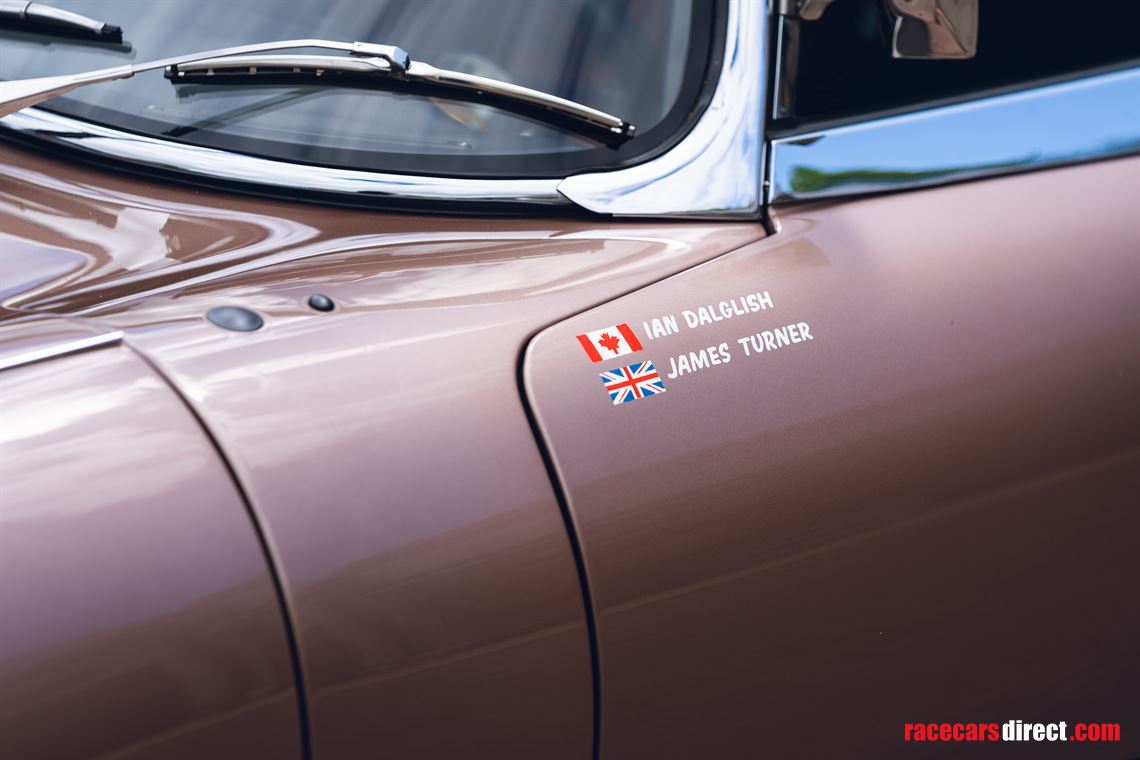 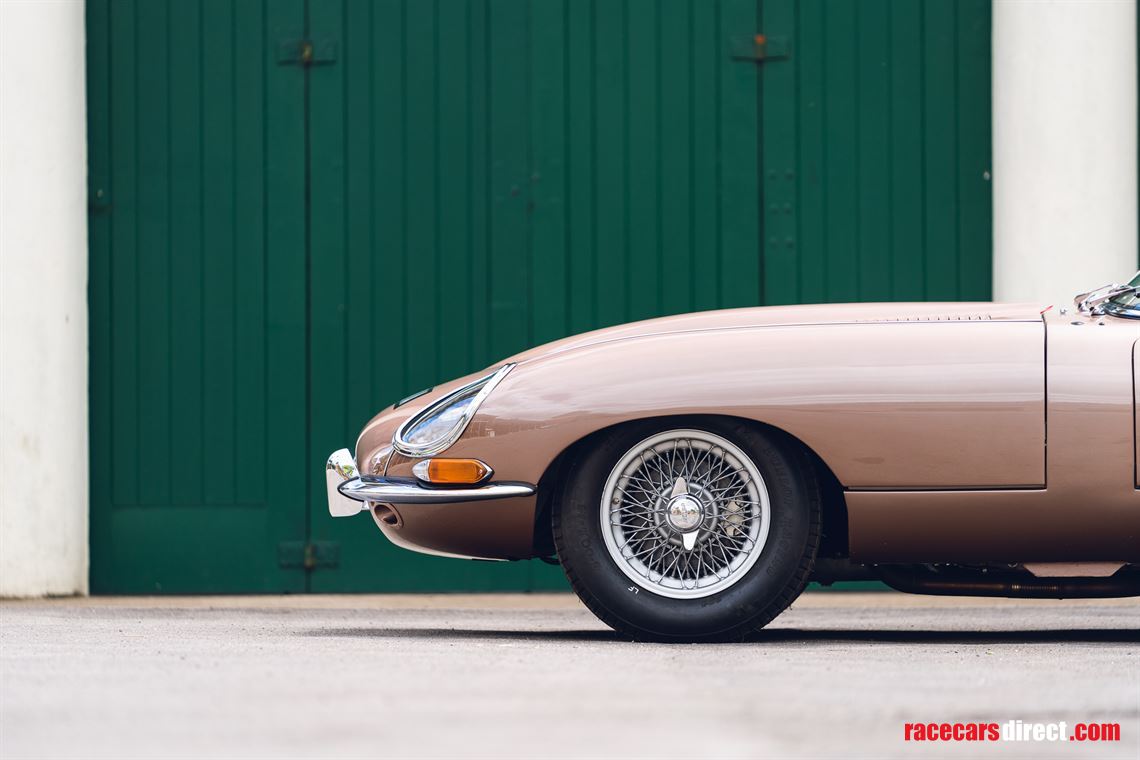 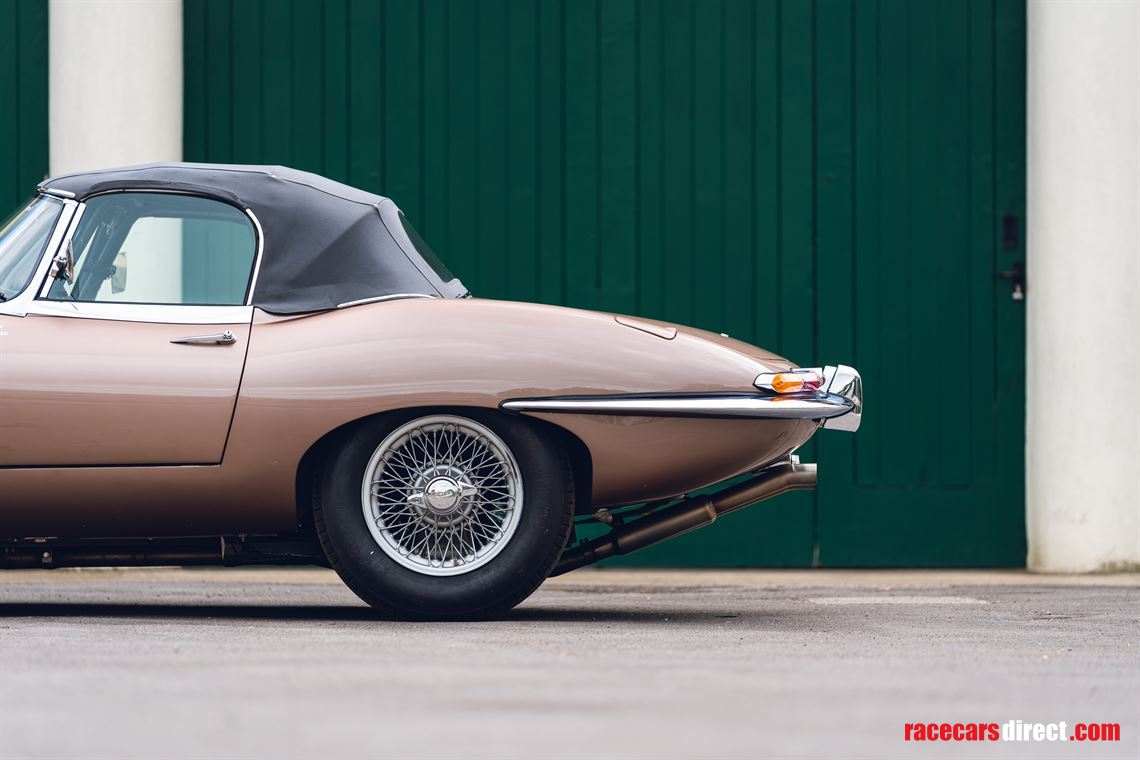 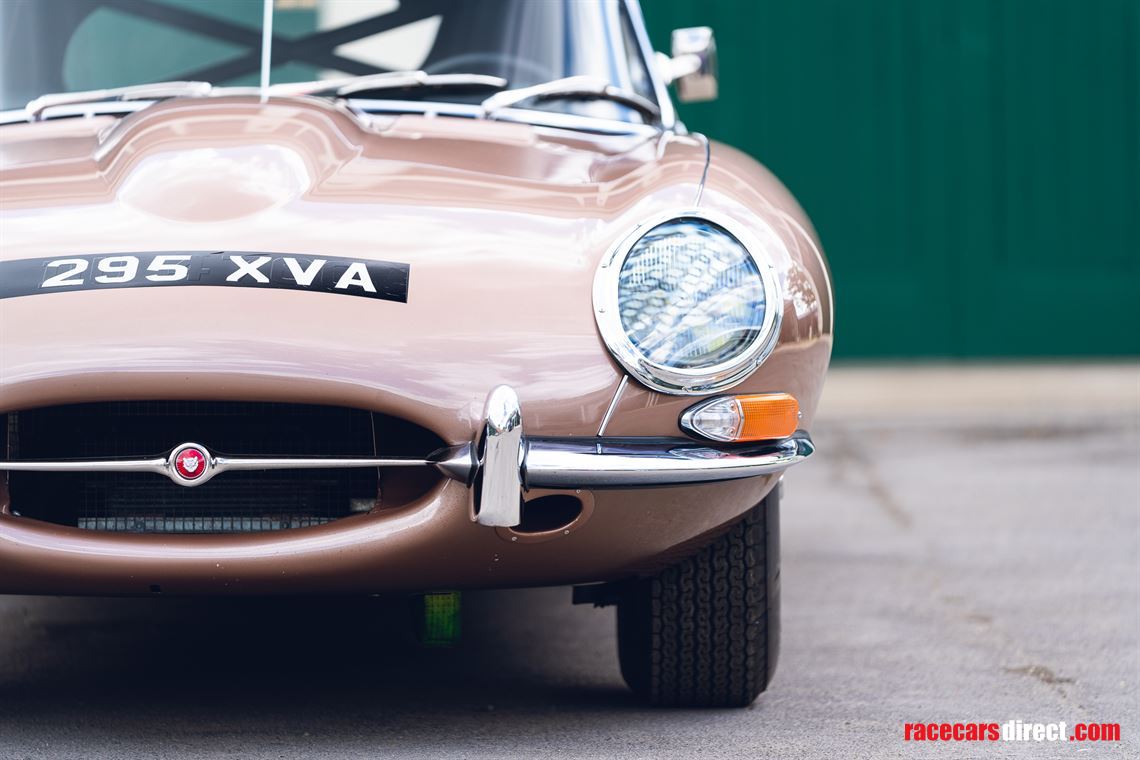 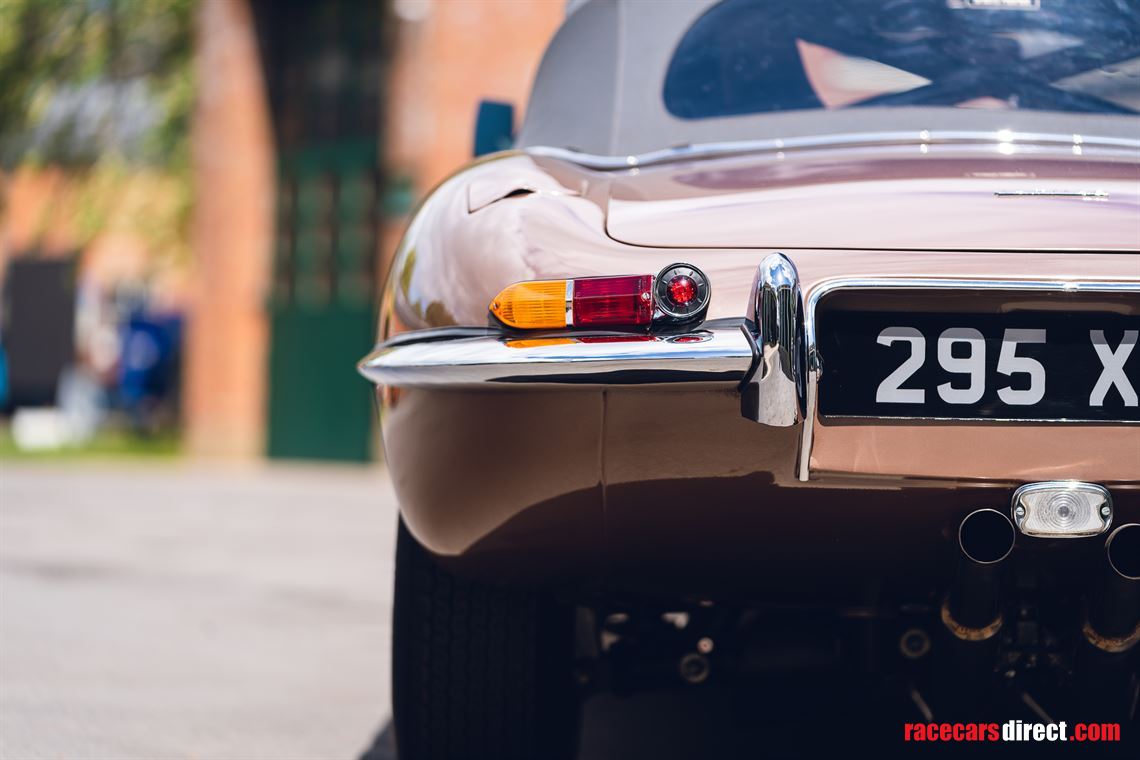 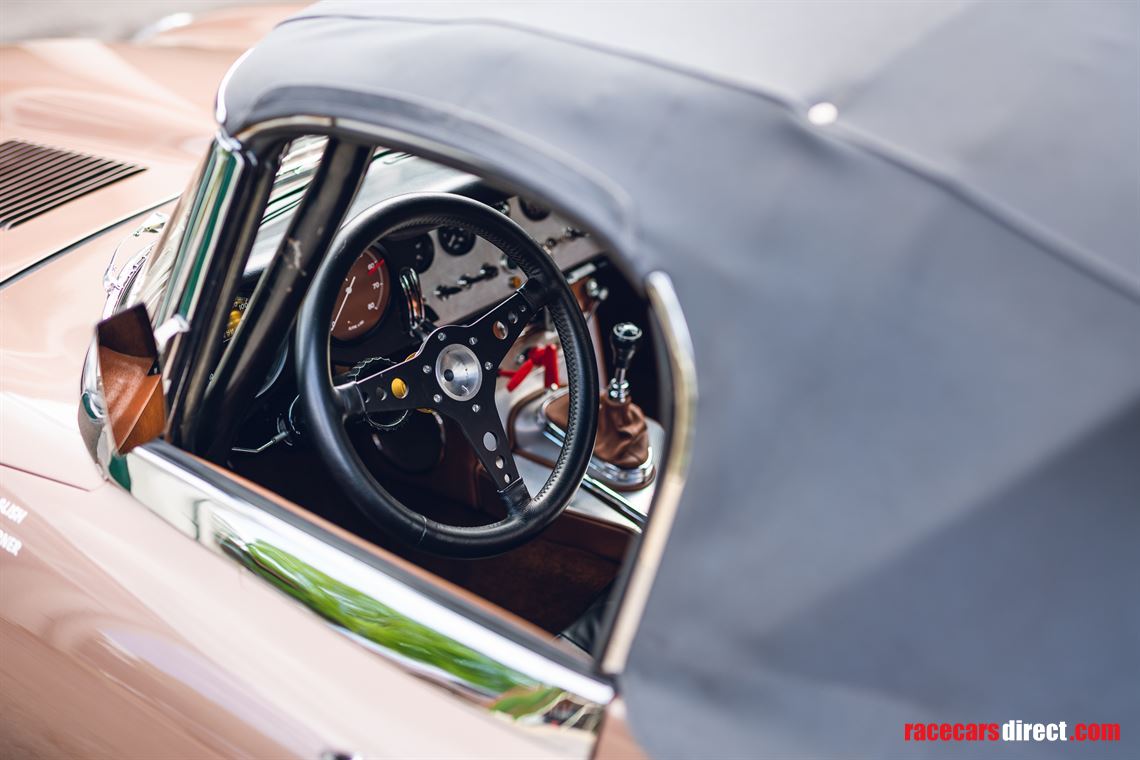 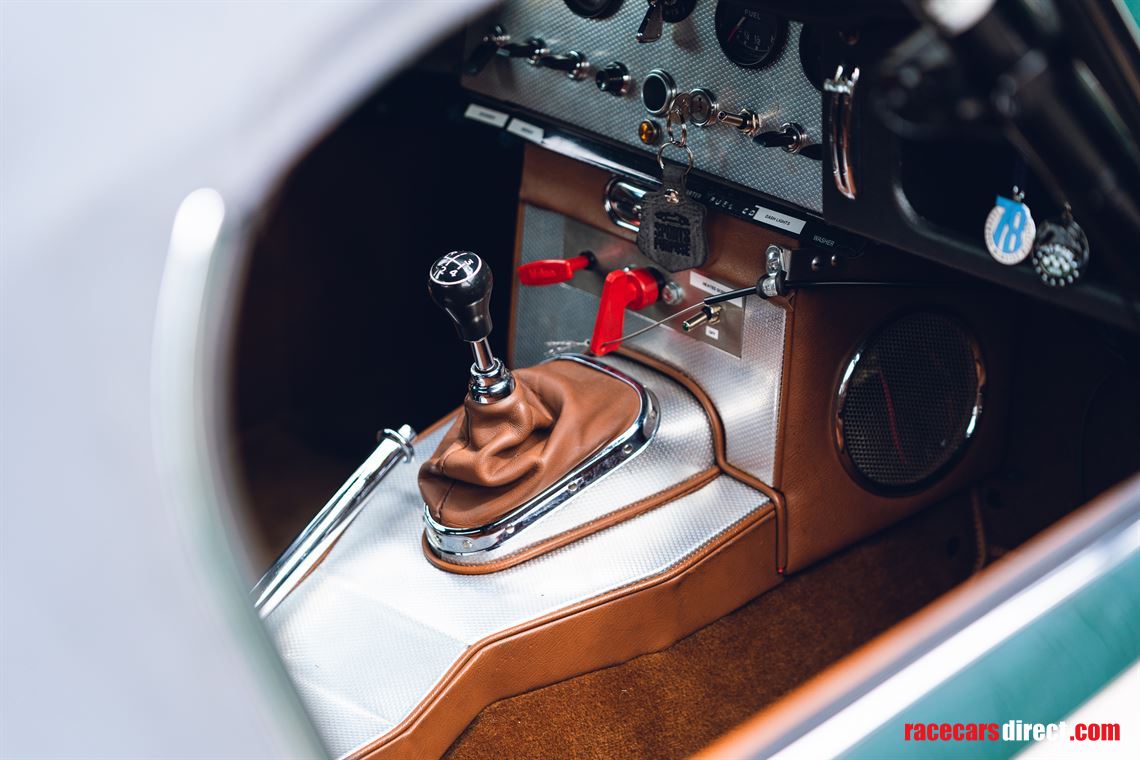 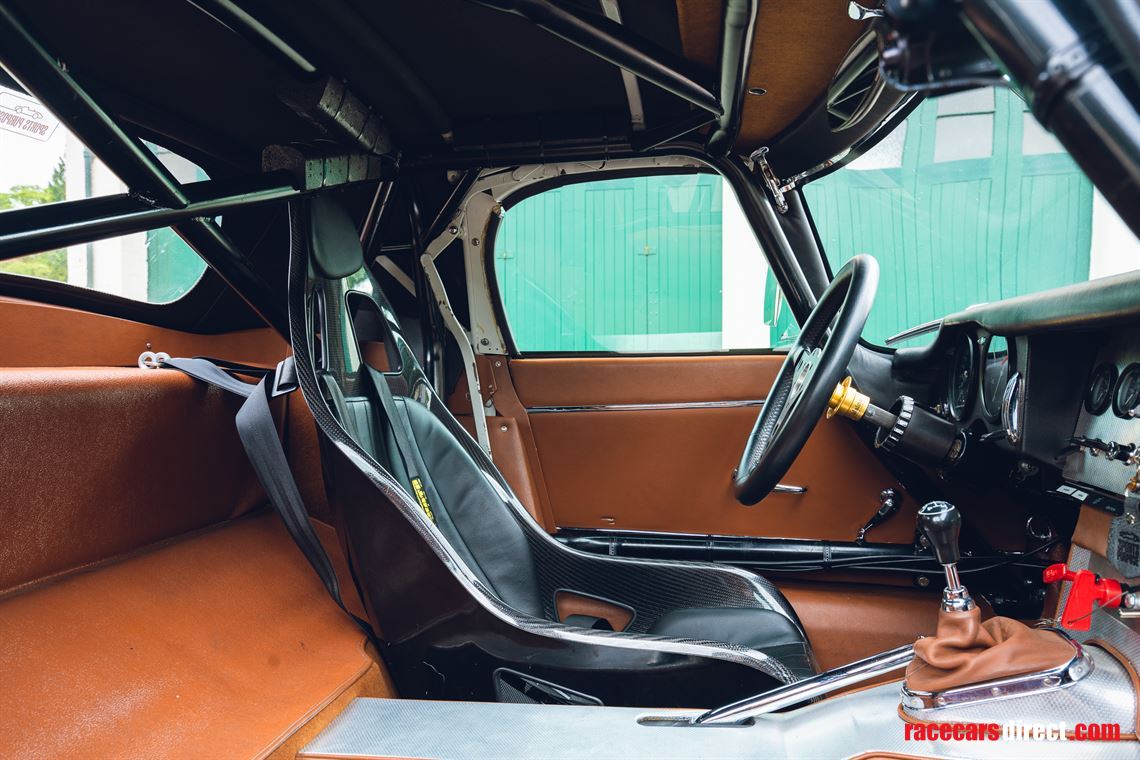 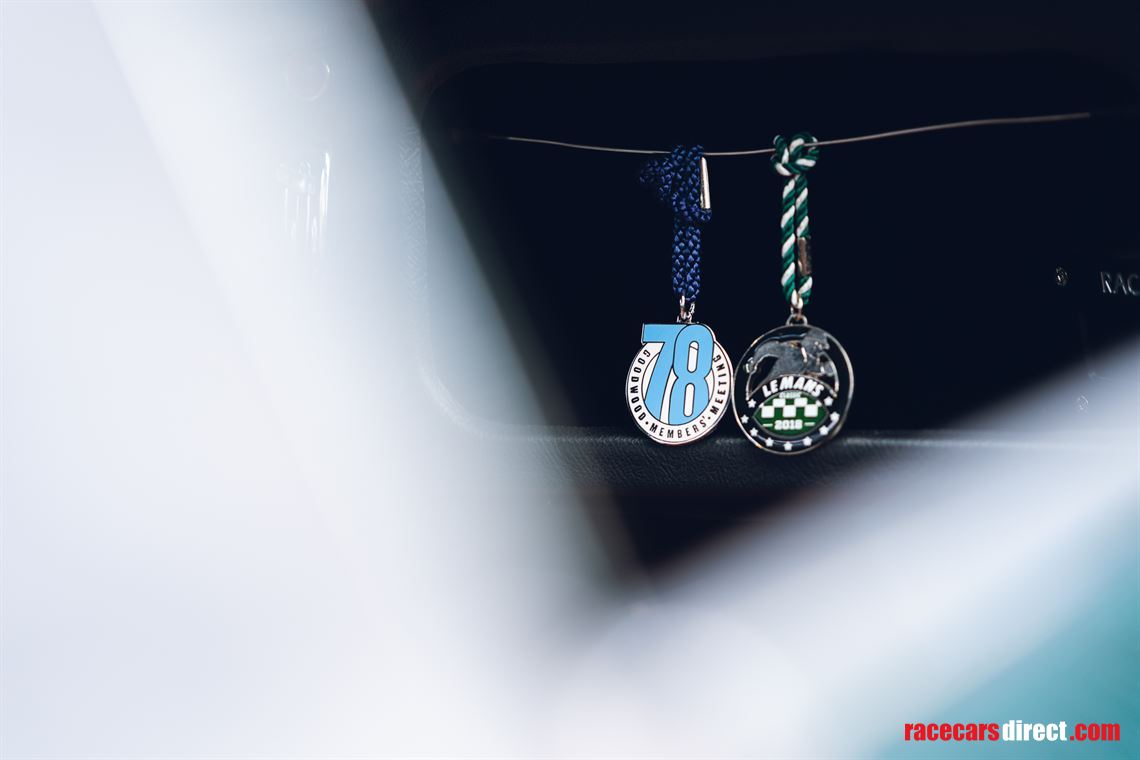 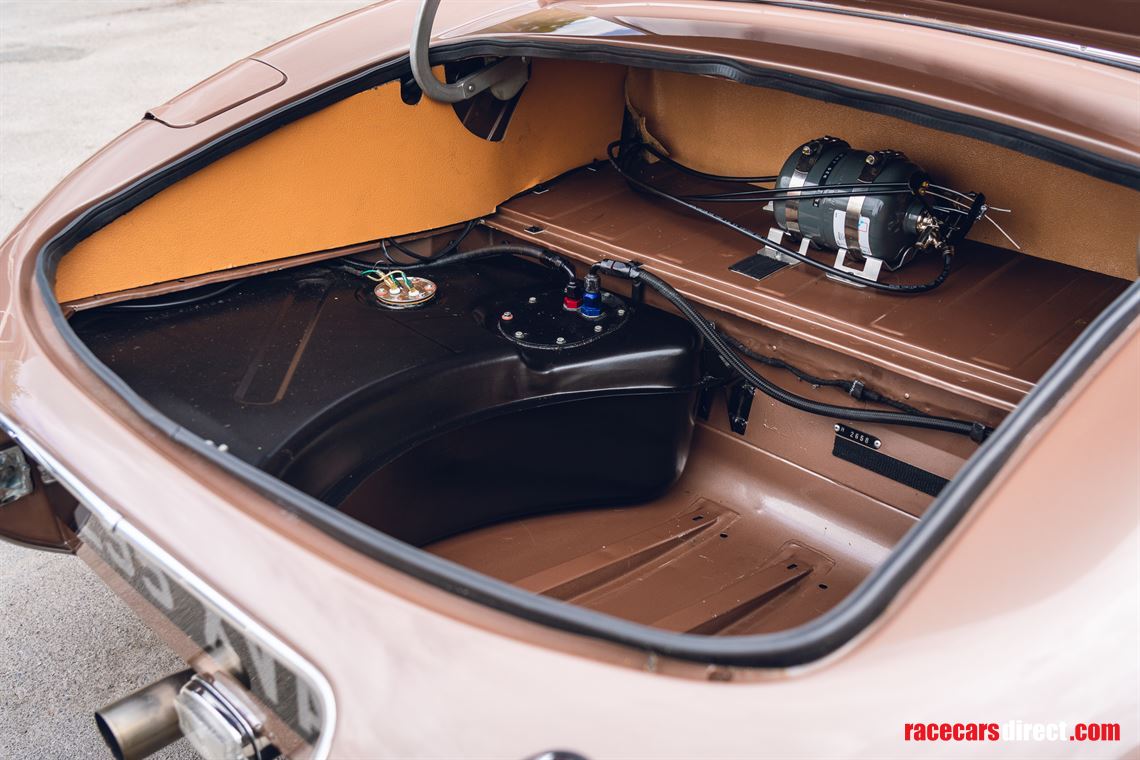 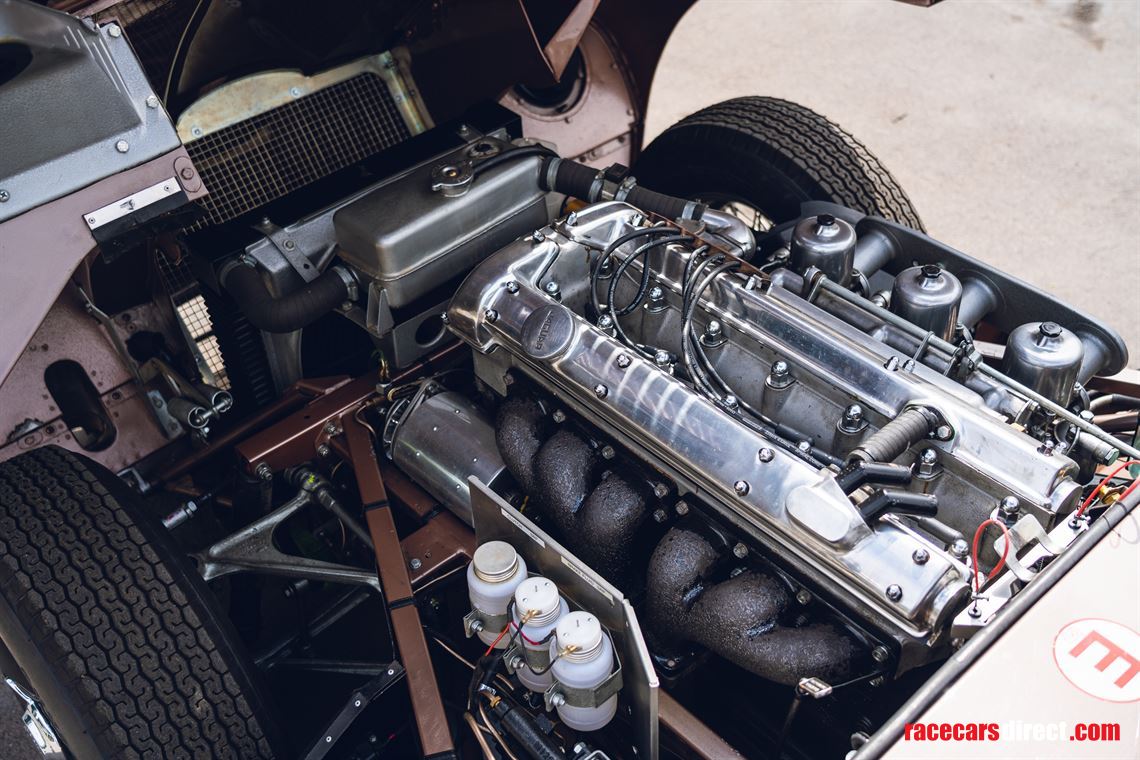 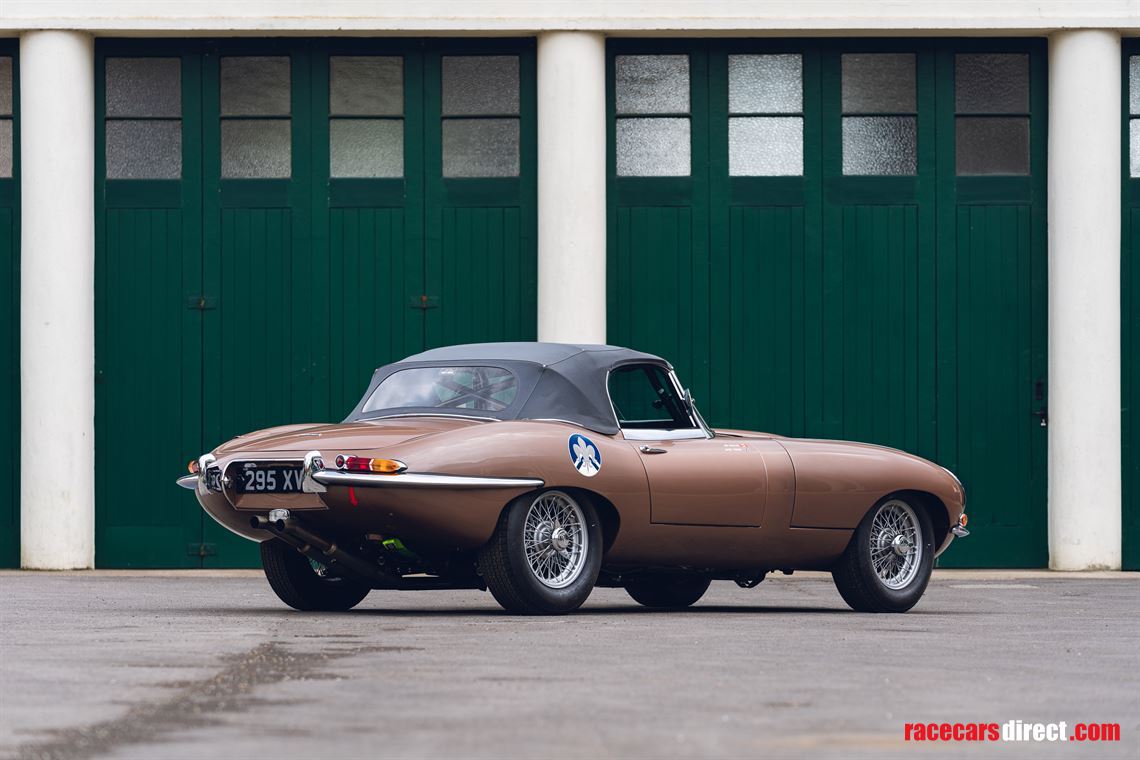 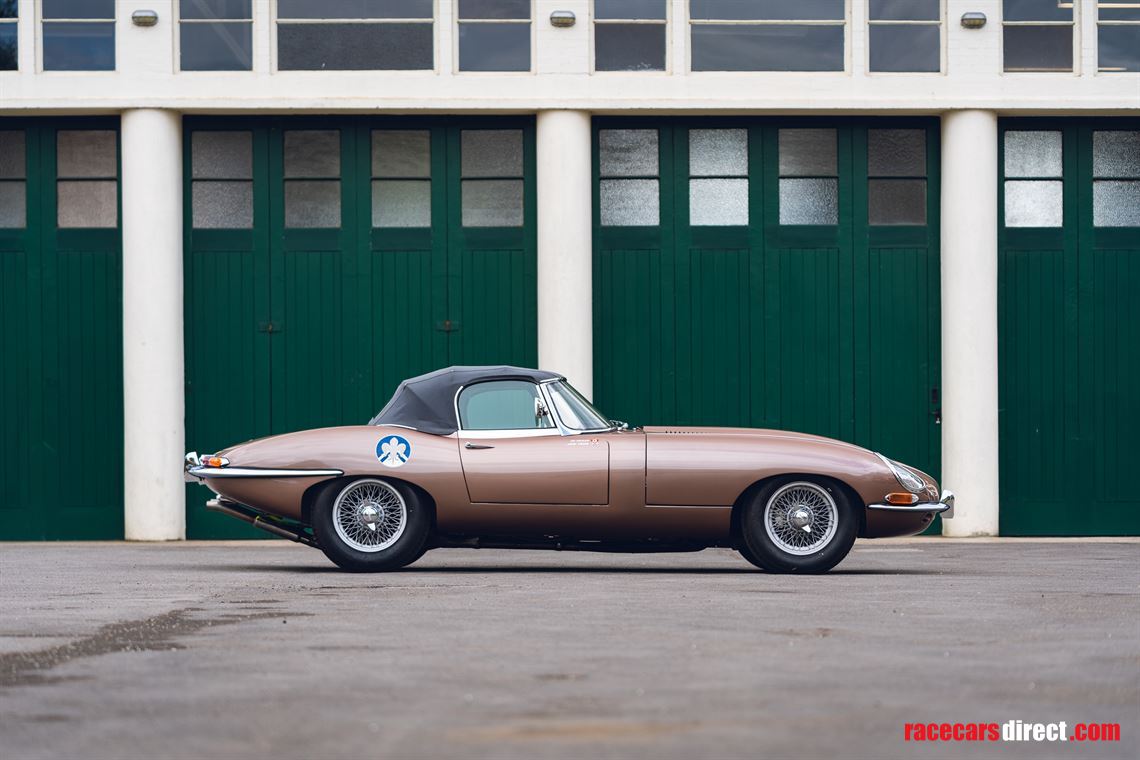 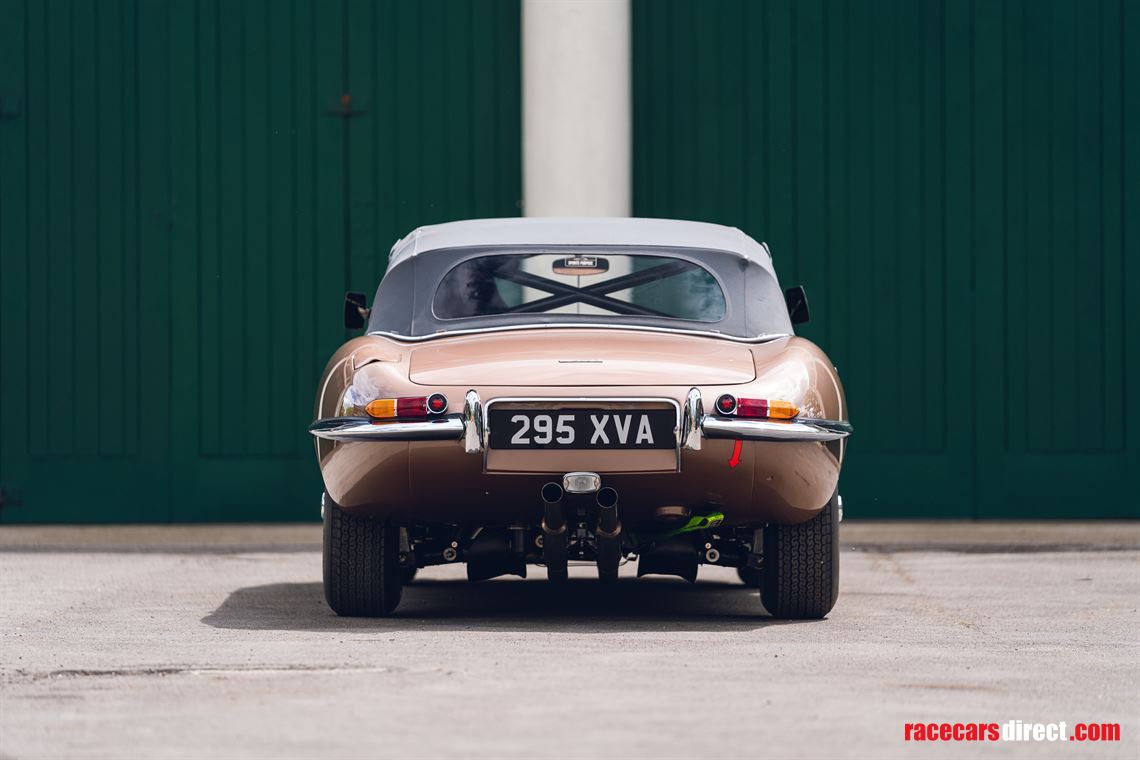 Widely regarded as one of the greatest sports cars of all time, the Jaguar E-Type debuted at the 1961 Geneva Motor Show. Its sleek low-slung body drew much attention and was declared “the most beautiful car in the world” by Enzo famously.

The semi-monocoque chassis sported independent rear suspension, four-wheel disc brakes as standard and was powered by a 3.8L twin-cam straight-six engine mounted completely behind the front axle allowing near perfect 51:49 weight distribution. The engine produced 265bhp which, when married to its aerodynamic body, pushed the car to speeds up to 150mph making it the fastest production car in the world at the time.

The E-Type quickly established itself as an icon in the sporting world and has continued to be raced with great success in modern historic racing series and rallies.

Built in December 1961, this Series 1 Roadster was delivered new by Jaguar Cars, New York and was finished in Opalescent Bronze on Beige interior. A full restoration of the car was completed in 2017 before being extensively developed into a pre-63 spec racing car to compete at the best historic races by world-leading Jaguar specialists CKL Developments in 2018.

The original engine, which remains with the car and gearbox were removed and replaced with a brand new 3.8L Sigma engine mated with a close ratio gearbox. Upgrades elsewhere include Koni dampers, uprated anti-roll bar, roll cage and Tillett race seat.

The car has raced in many high profile meetings including at the Goodwood Members’ Meeting, Goodwood Revival Meeting and Le Mans Classic where it achieved a 3rd place finish in class in Plateau 3.

It goes without saying that the Jaguar E-Type in this fabulous colour is quite stunning to look at. The work by CKL Developments using the period competition handbook was very much in the spirit of Kinrara Trophy and is obvious to see.

The car itself drives beautifully and works well. The owner has enjoyed using it occasionally for summer road drives and it would certainly suit a fast road or road-rally approach.

The car’s recent racing history speaks for itself and it would most certainly grace any pre-63 grid. Priced at a fraction of its build cost, we hope to see it back out competing again very soon.

Offered Without Reserve by RM Sotherby's - Monte Carlo, Monaco 14 May 2022.