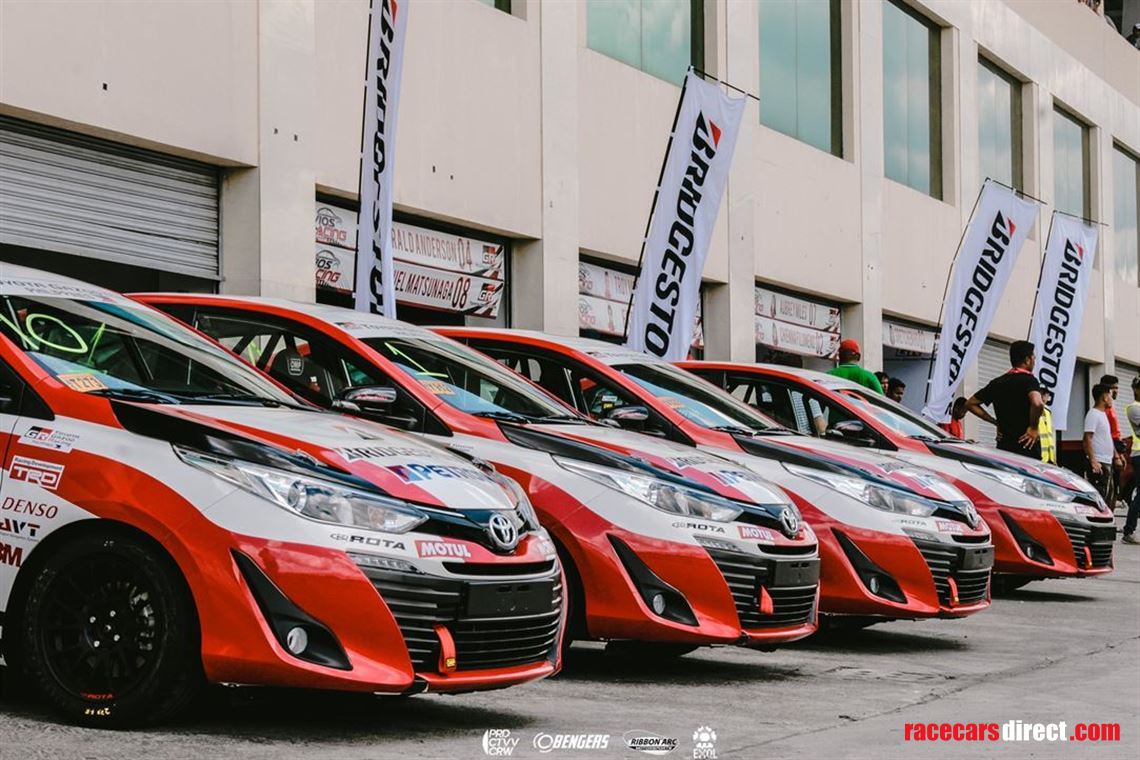 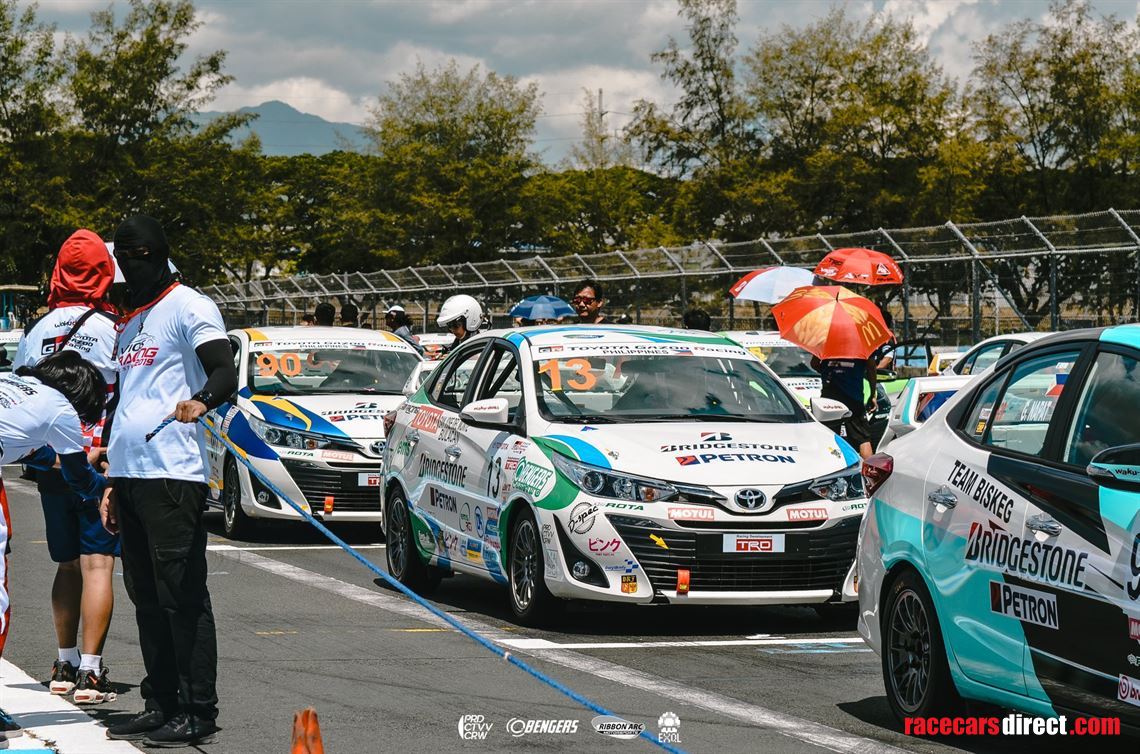 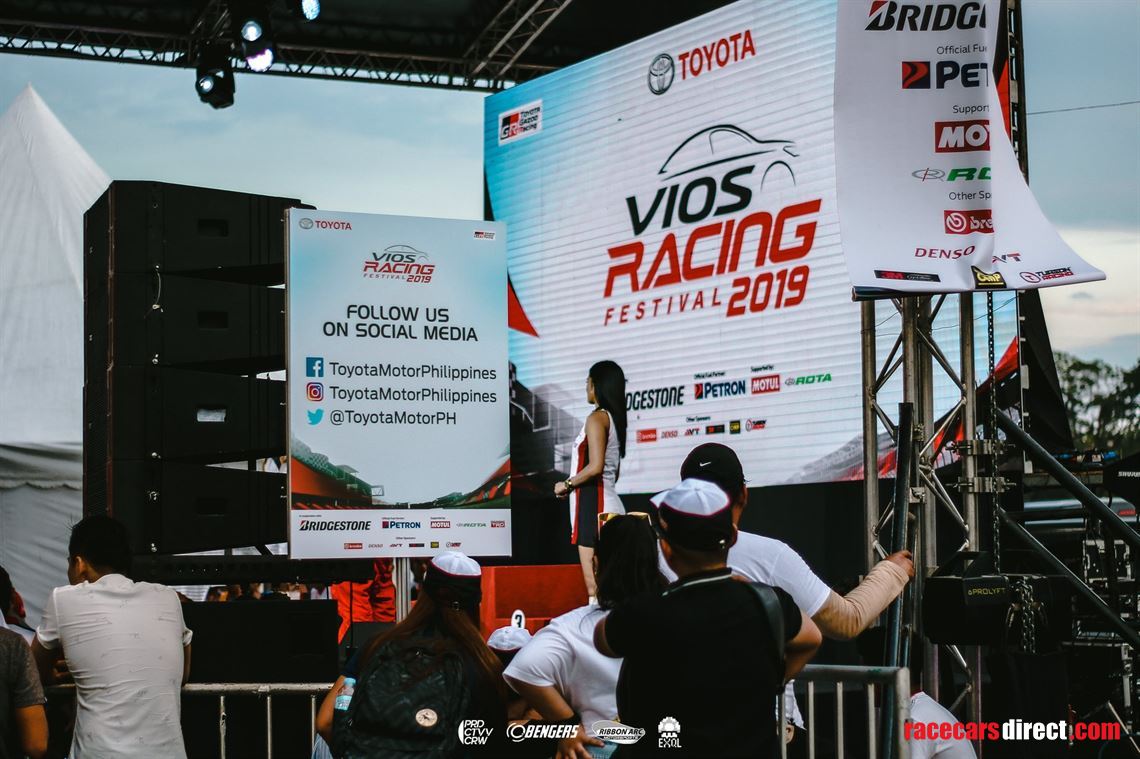 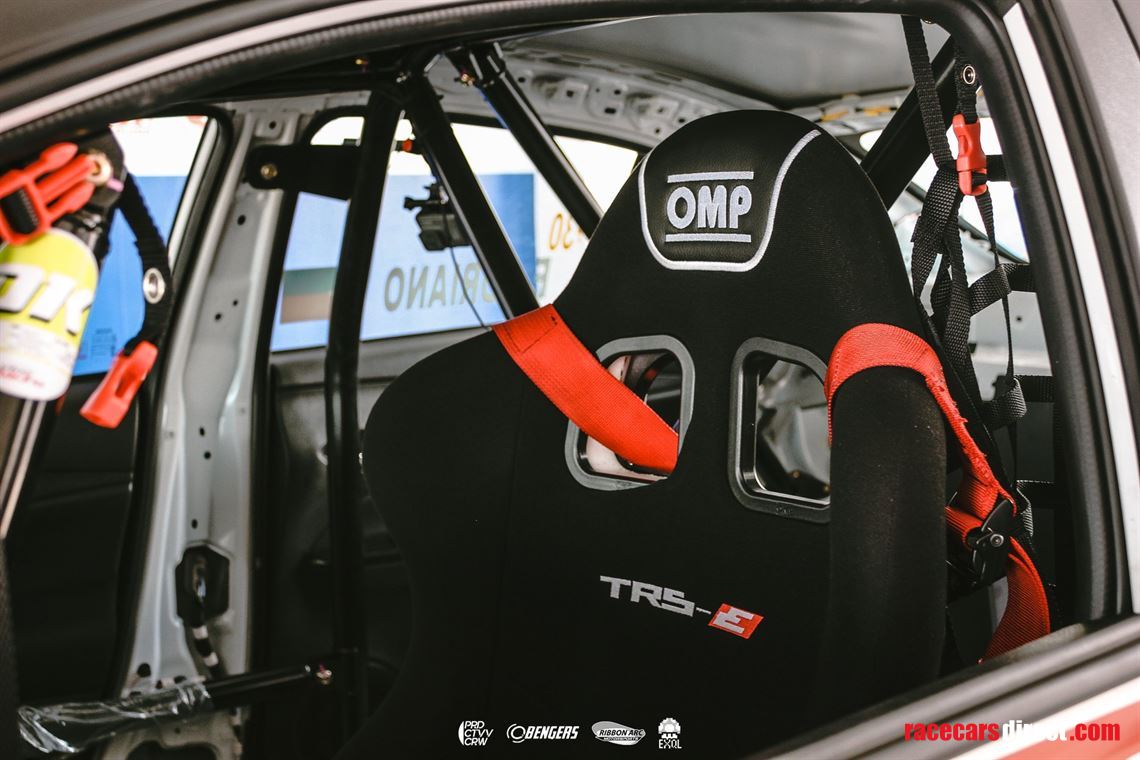 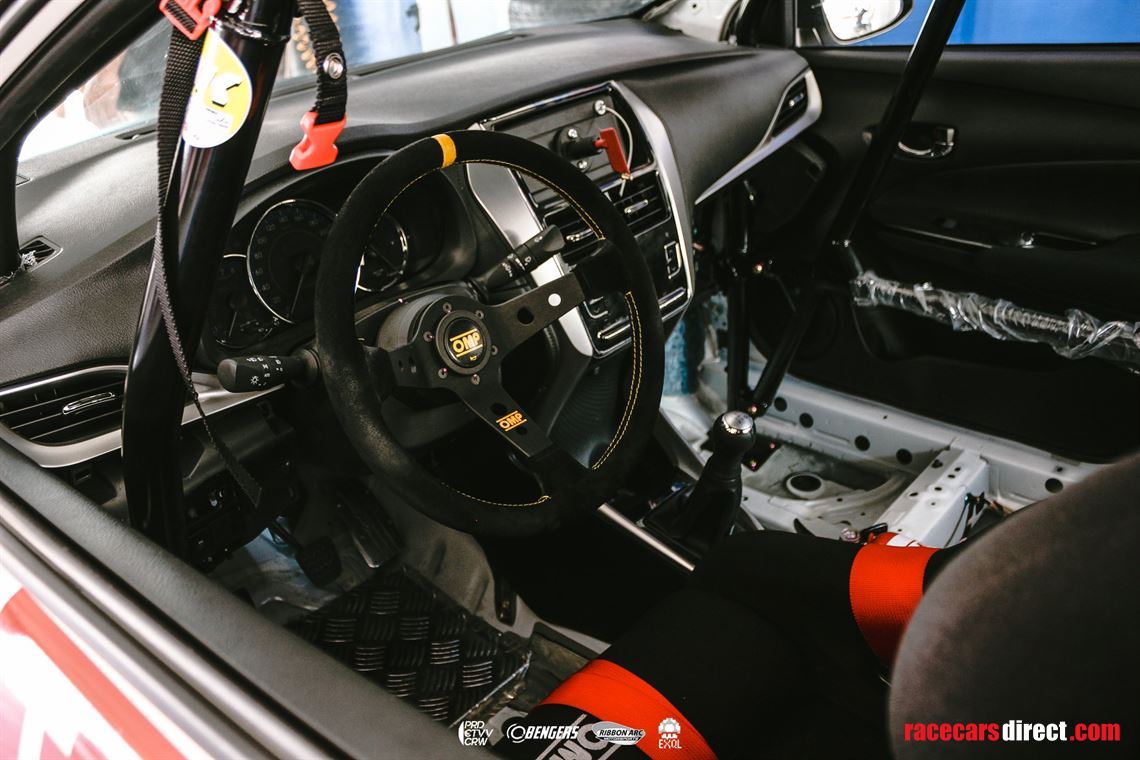 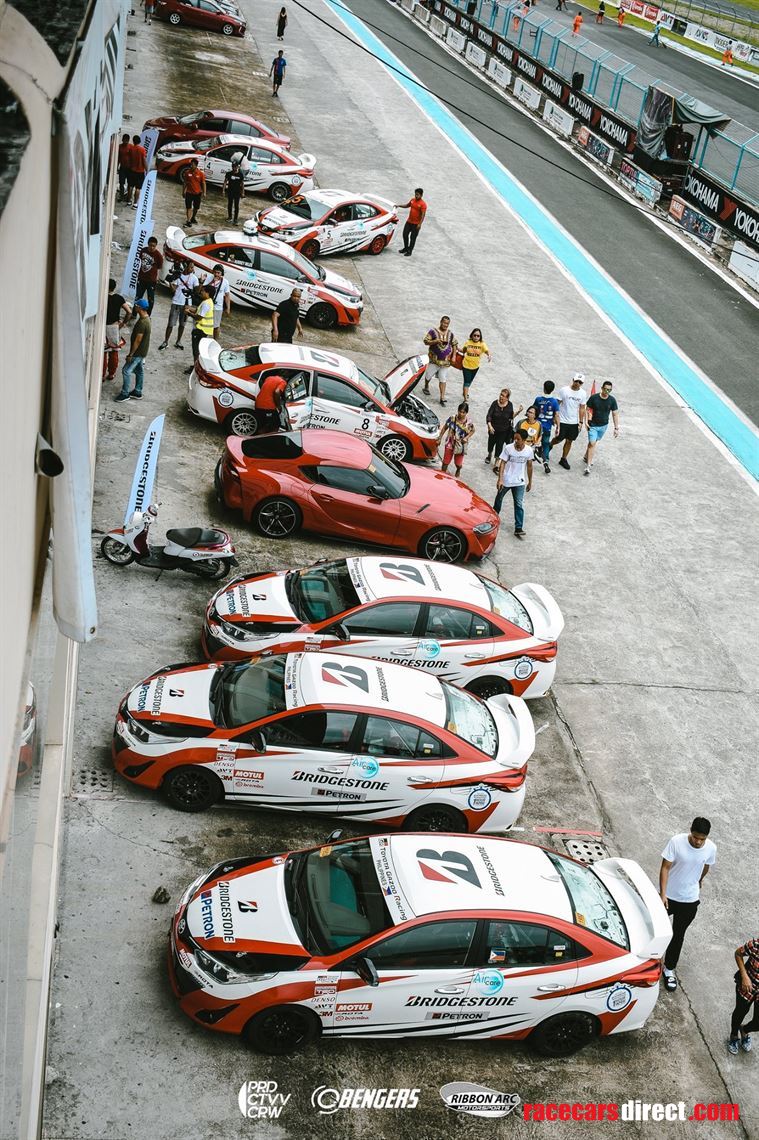 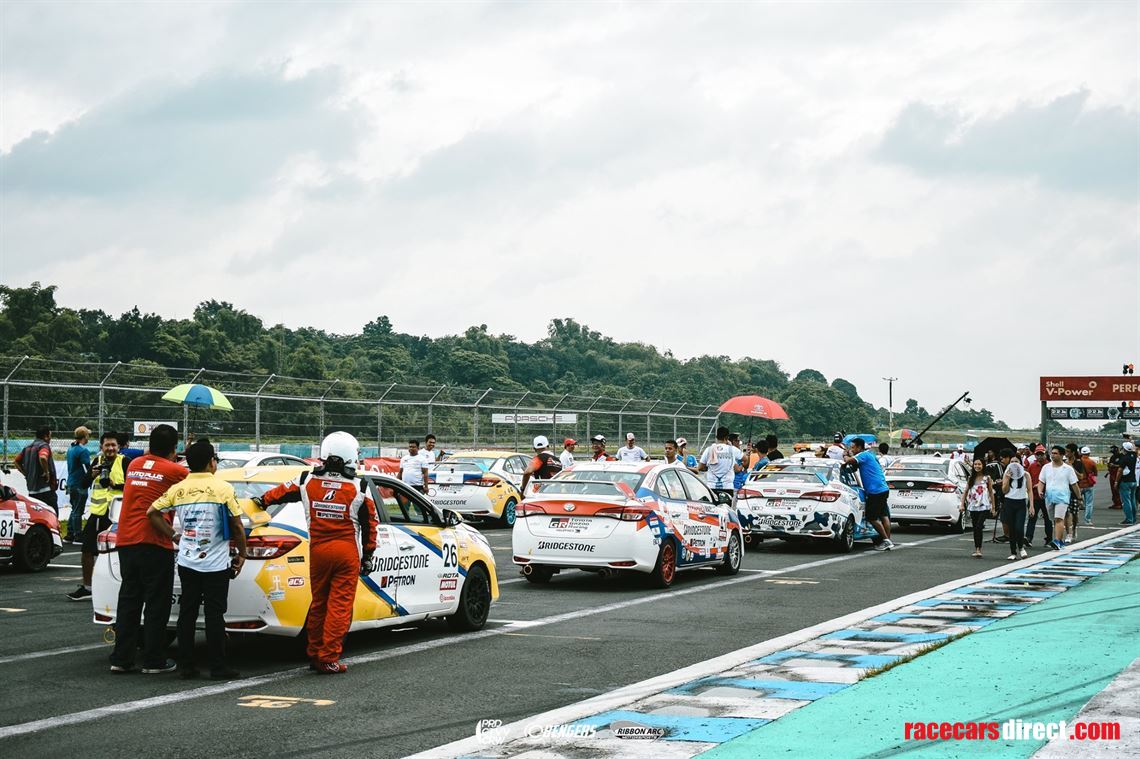 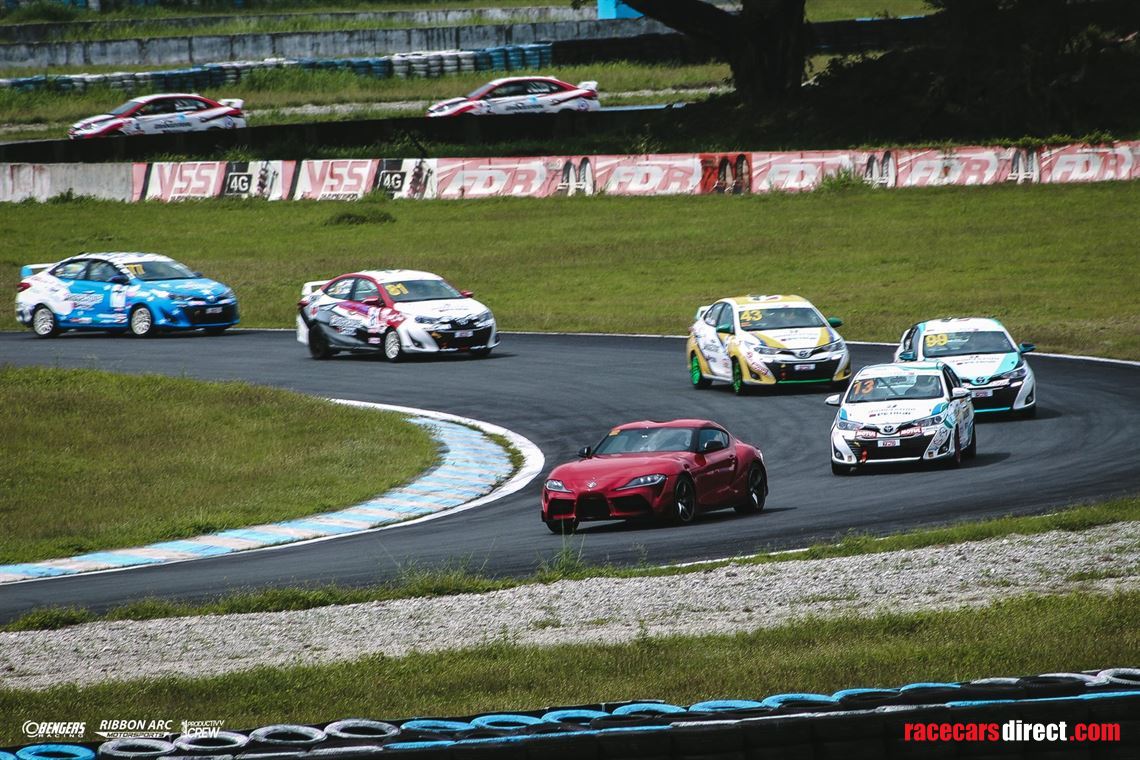 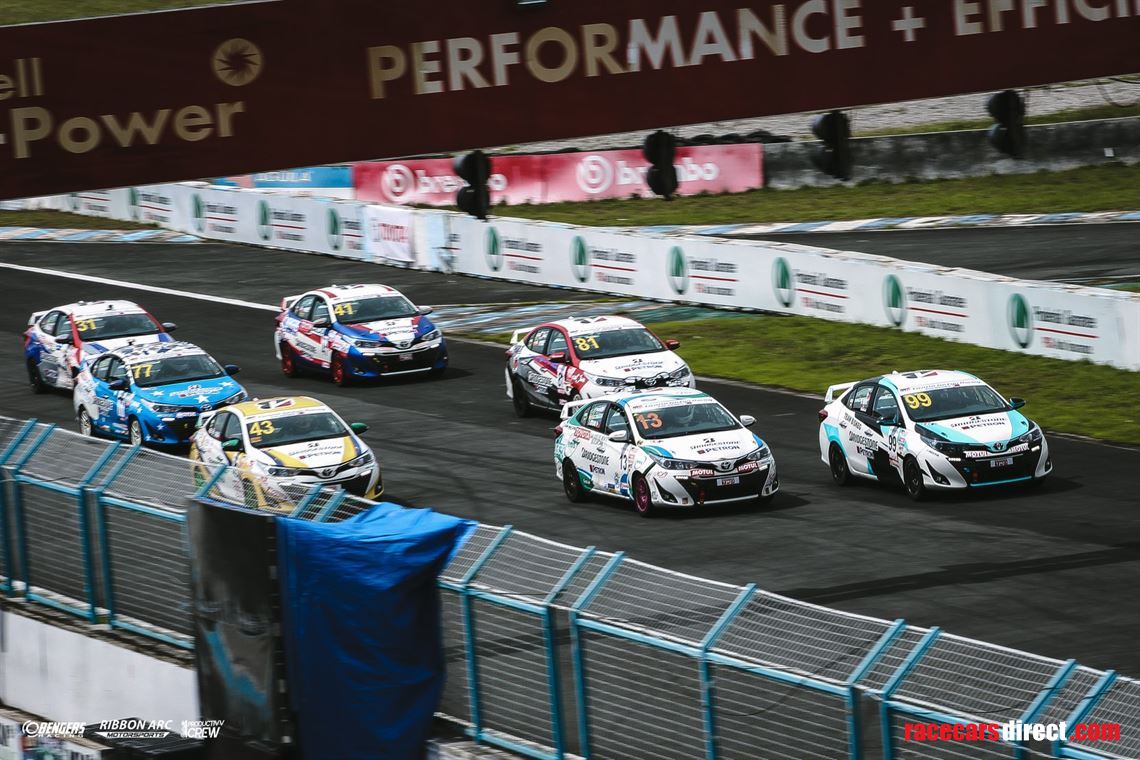 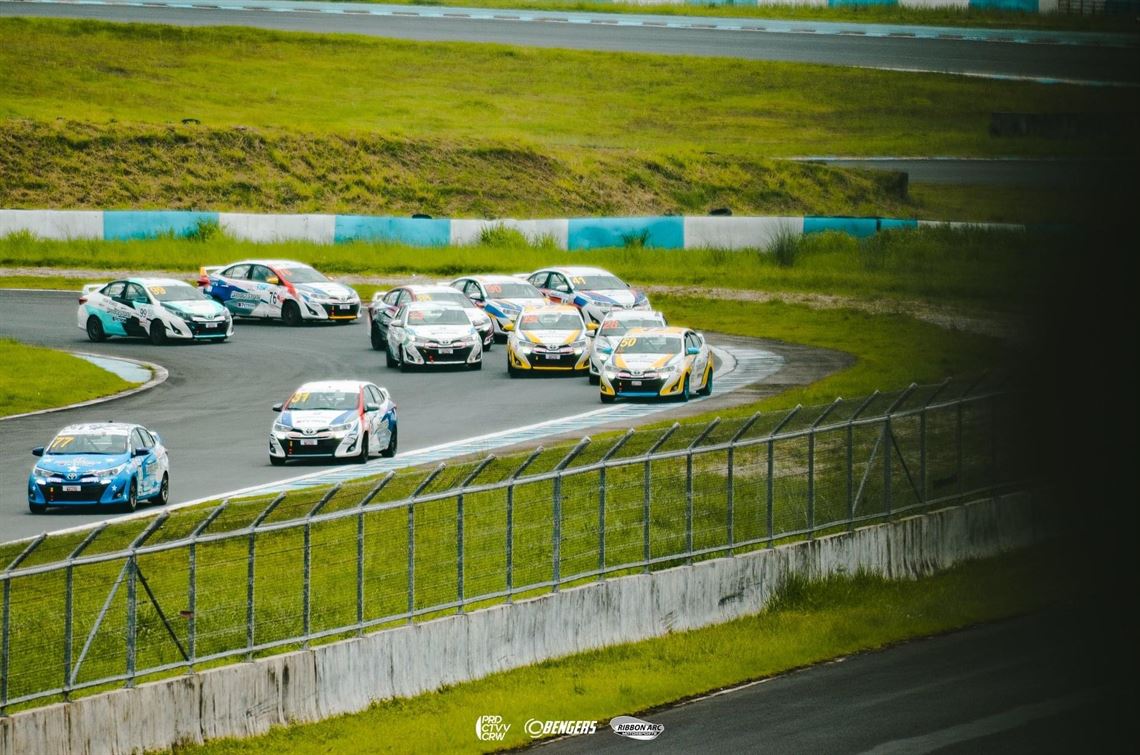 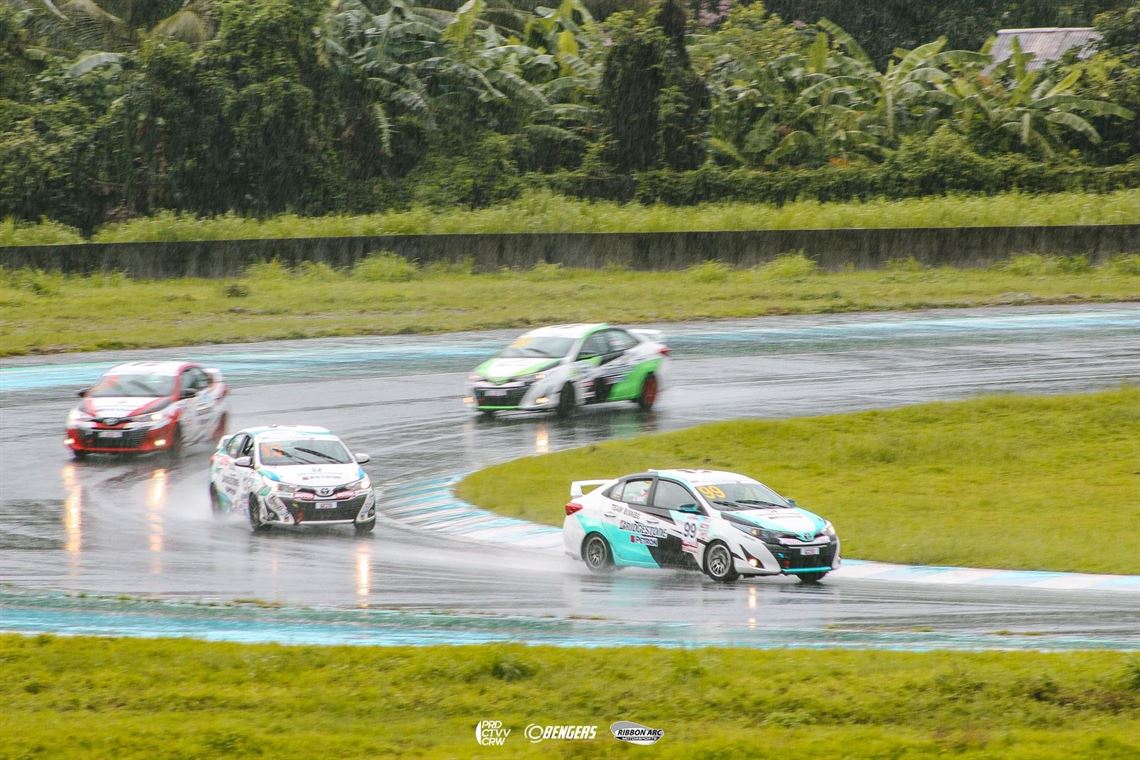 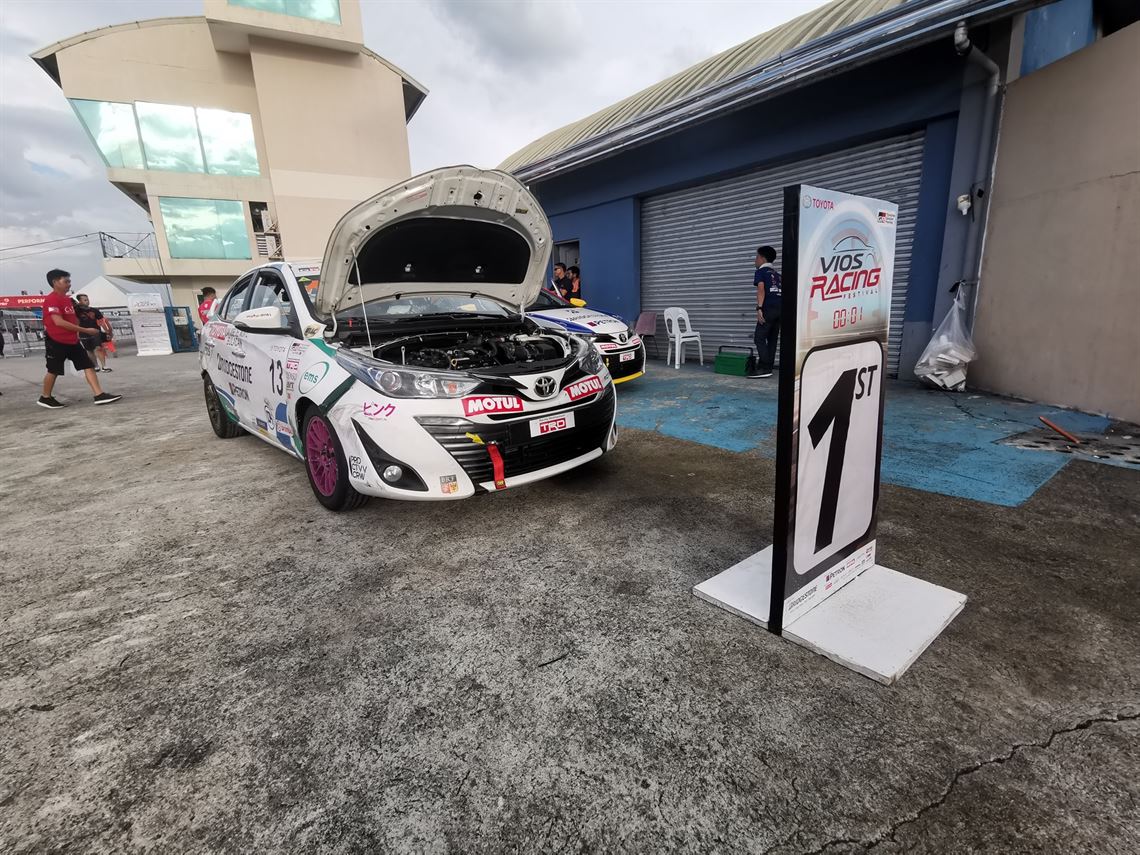 An Arrive and Drive opportunity, experience and train your skills in the biggest motorsport event in the Philippines, the Toyota Gazoo Racing Vios Cup.

Ribbon Arc Motorsports was established on 2017 with finalists from the Nissan GT Academy program. Partnering with Toyota Obengers Racing for the past years, we have produced multiple championship wins in both the Vios Cup Series and national level Endurance races.

As such, possible entrants will run under the Obengers Racing team banner.

The Toyota Vios Cup Car is the sedan variant of the popular Yaris, it is professionaly assembled by Toyota Motor Philippines and is fitted with TRD parts such as coilovers, a Limited Slip Differential, an upgraded exhaust system, and a clutch kit. Brake pads are either Advics or Brembo. Safety is provided by a TRD Rollcage, OMP Racing seat and harness. Tires are Bridgestone Potenza RE004.
Output of the car is at 115HP while weighing in at 1100KG.

The event: Close and intense wheel to wheel racing for 3 rounds at Clark International Speedway. Pricing is per round/race weekend which includes Official Practice, Qualifying, and three, 45 minute races.

Race schedule for the 2022 season:

Additional test days are available within the season and pre-season 2023.

Endurance drives also available this season. Next round will be in November 27.

It is also possible to enter just one round.

Sponsor placement on car is free and subject to approval from Toyota.

The event is part of the growing group of Toyota Gazoo Racing events worldwide such as the GR86 Cup in Japan and New Zealand, and the Vitz Cup in Japan.

What's included with the Arrive and Drive Package:

Usage of the Vios Cup car

Hospitality for family members and guests

Not Included (Need to pay and purchase separately):

Full Arrive and Drive program. Low in cost, high in thrills and excitement!

Affordable single-seater drives in the Philippines

Come try out a Radical on our exclusive Silverstone GP track day on 31st March.....