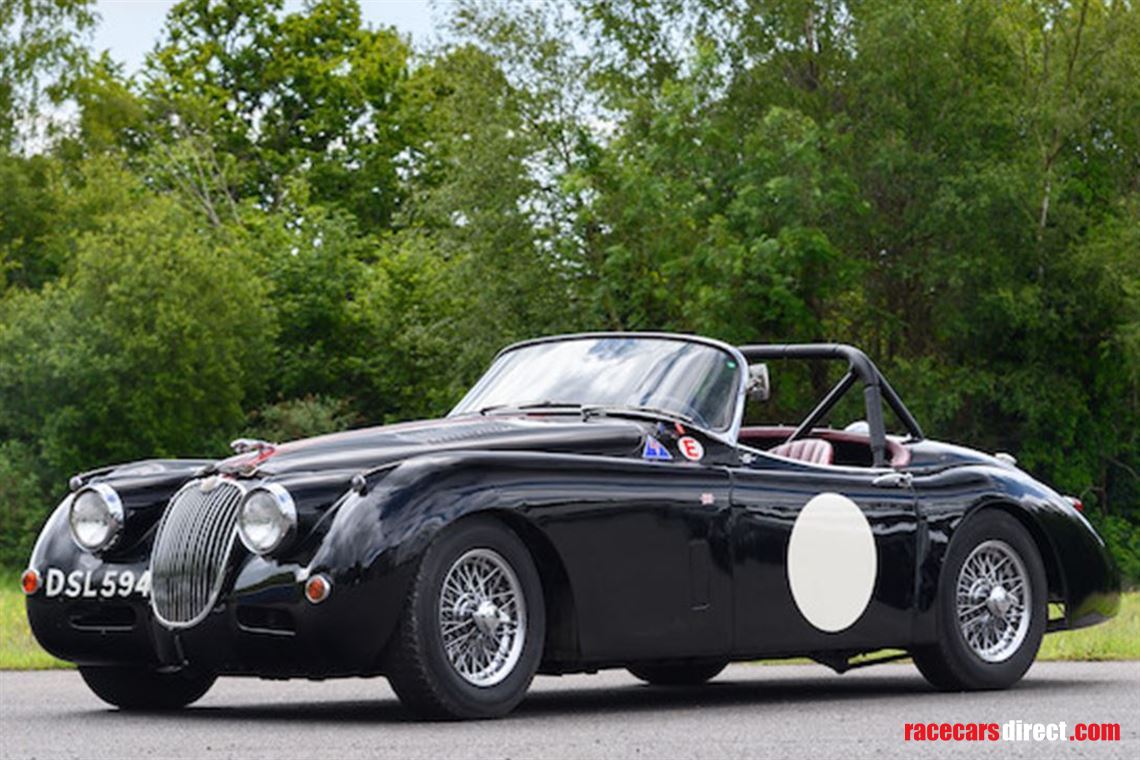 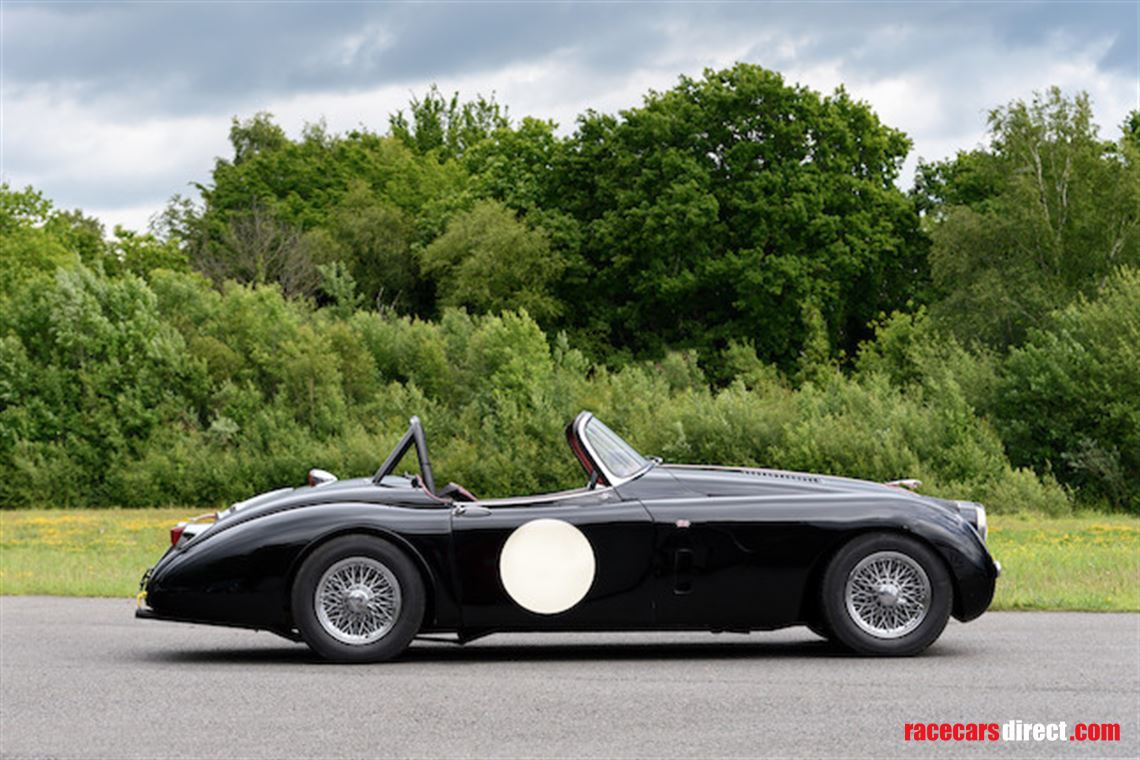 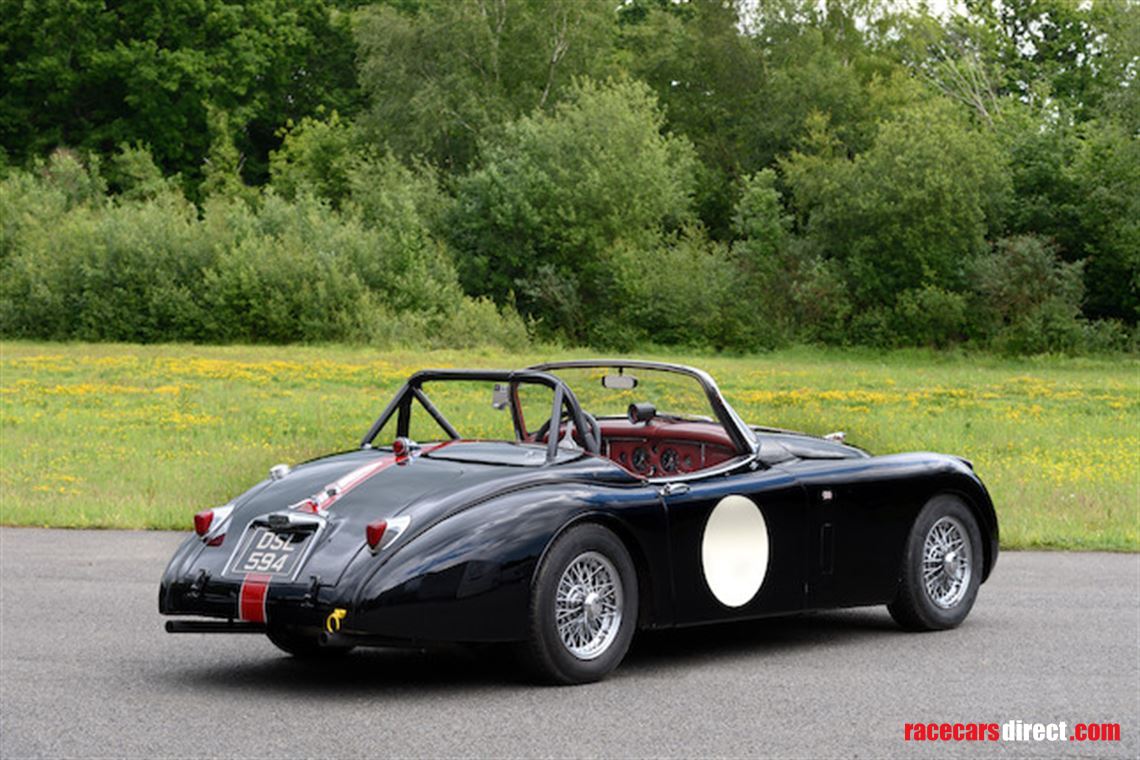 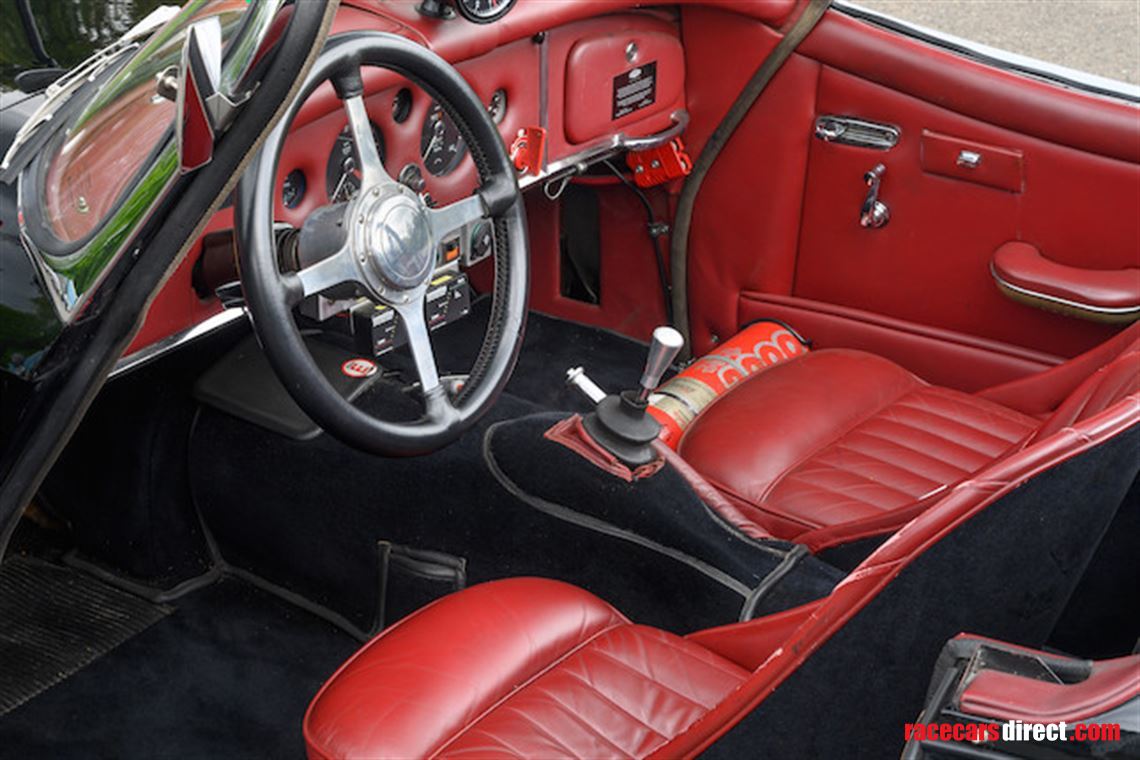 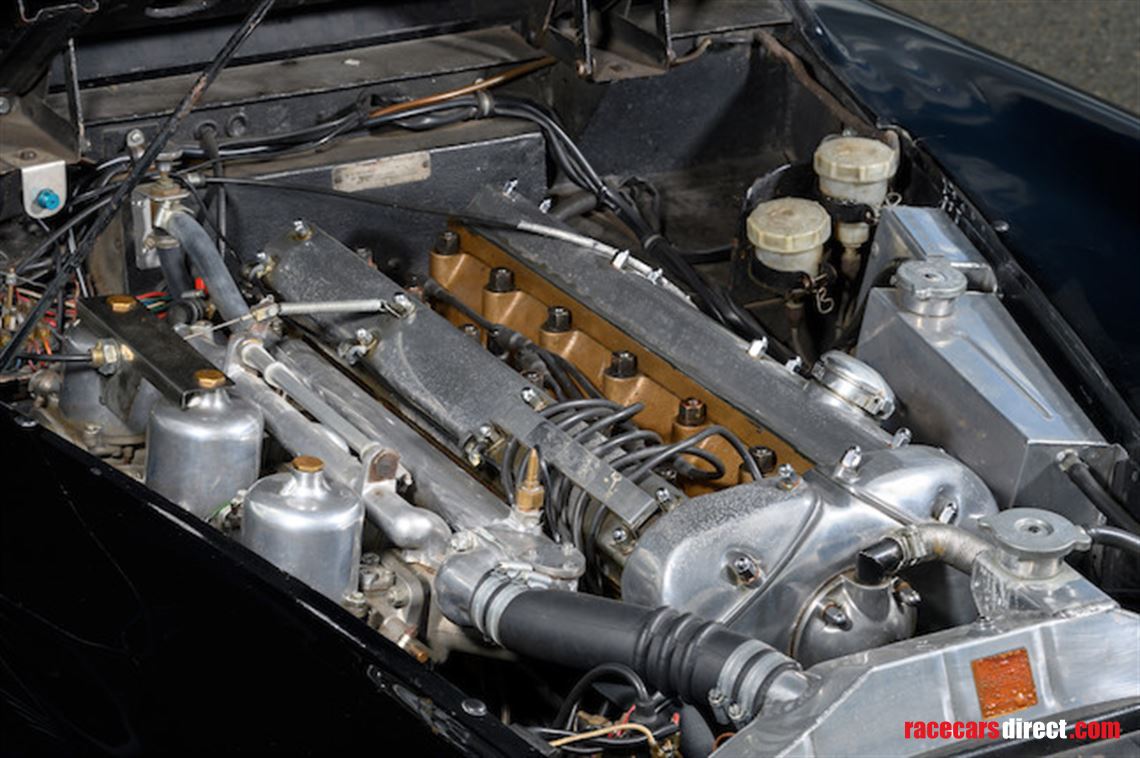 To be offered for auction without reserve by Bonhams at the 2022 Goodwood Festival of Speed.

• Built as a 3.4-Litre XK150 S and delivered new to the USA
• Developed by some of this country's leading XK Jaguar specialists
• Engine built by Trafford Competition Engines
• Aluminum body
• A front runner for several years in the Jaguar XK Championship
• Compliant with Masters and JEC XK Class C regulations

Chassis number 'S 830033 DN' was built in February 1958 and exported new to Jaguar Cars New York, USA, finding a home in Nashville, Tennessee. In more recent times the car has been developed by some of this country's leading XK Jaguar specialists over a 10-year period. Compliant with Masters and JEC XK Class C regulations, 'DSL 584' is very competitive race-car and has been a front runner for several years in the Jaguar XK championship. It is welcomed by numerous rally and race series organisers being the only racing XK 150 Roadster.
The current engine was rebuilt in 2007 by Jaguar C-Type and D-Type specialists Trafford Competition Engines. This engine cost in excess of £16,000 and produces 307bhp at 6,000rpm on a compression ratio of 11:l. A full engine specification with invoices and a set of photographs of the rebuild will be made available to the purchaser.

The four-speed close-ratio Jaguar gearbox has been rebuilt by Alan George Transmissions. Built by BPA Engineering Ltd of Whitchurch, the rear axle and differential incorporate Hewland ramps and the optimal final drive ratio. The front and rear dampers were specially designed by Harvey Bailey Engineering.
The interior has a built-in roll cage, two race harnesses, plumbed-in fire extinguisher and an electrical cut-off switch with internal and external controls, while the Monza fuel cap has an internal lock and there is also an AMB transponder - all FIA approved. Running gear modifications include conversion to later-model brake callipers, the fitting of anti-tramp arms, and geometry set up by CKL Developments of East Sussex.

Also included in the sale is a tonneau cover, folding soft-top, side windows, and a tailored cotton dust cover by Classic Additions. The XK also comes with a substantial history file, MoT to 31st August 2022 and a Jaguar Daimler Heritage Trust Certificate.

Including Euro Containers & Side Tables.

.... This proven rally-entrant is a near perfect tool to tackle demanding regularity rallies!