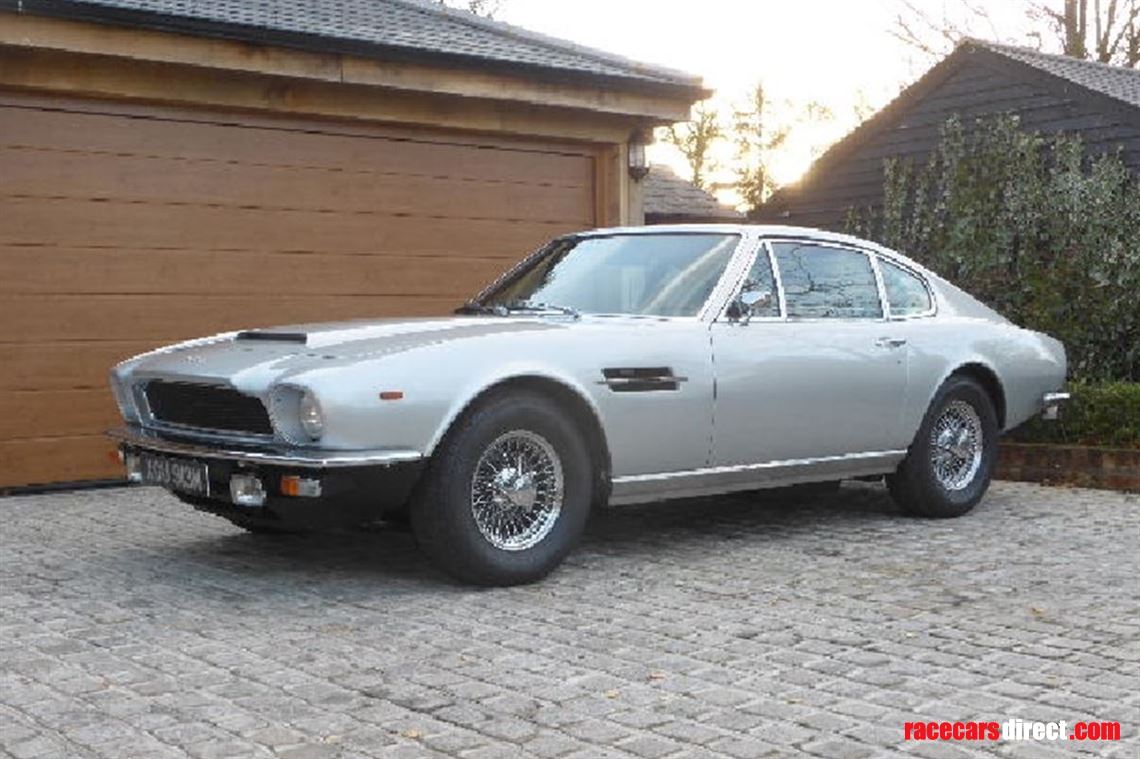 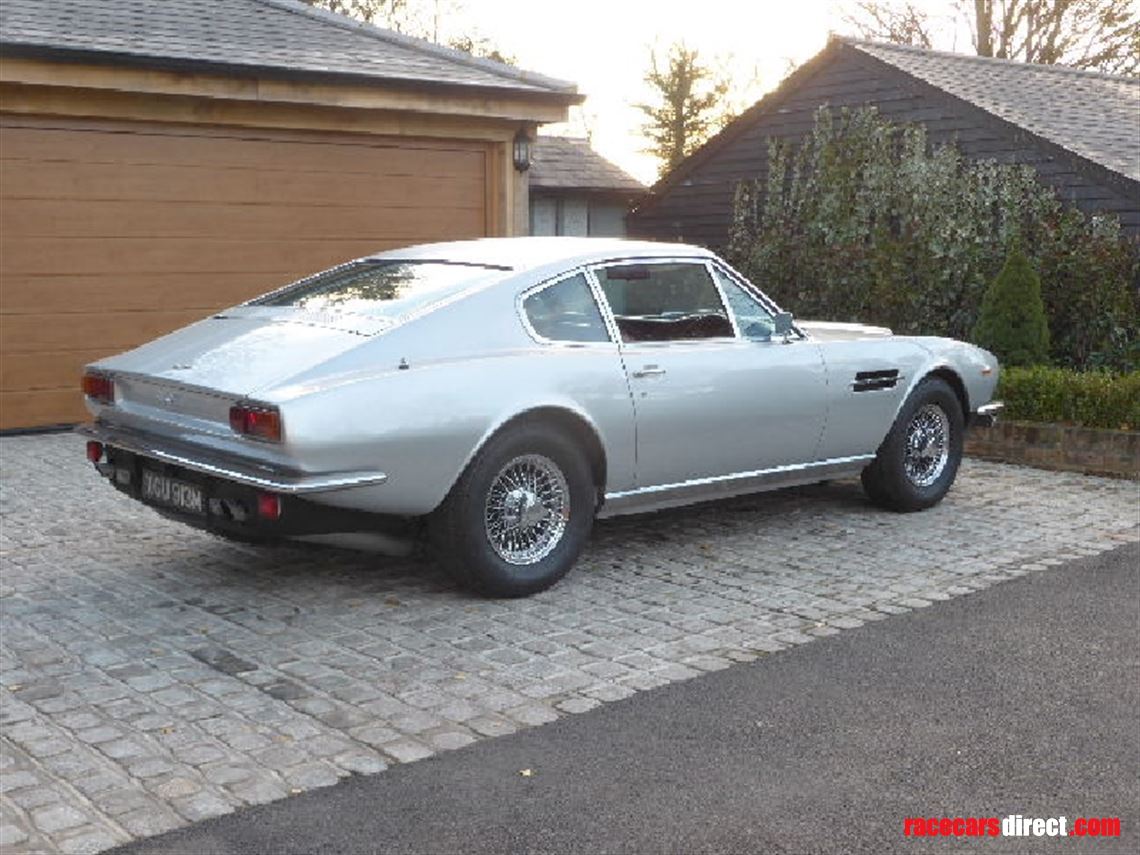 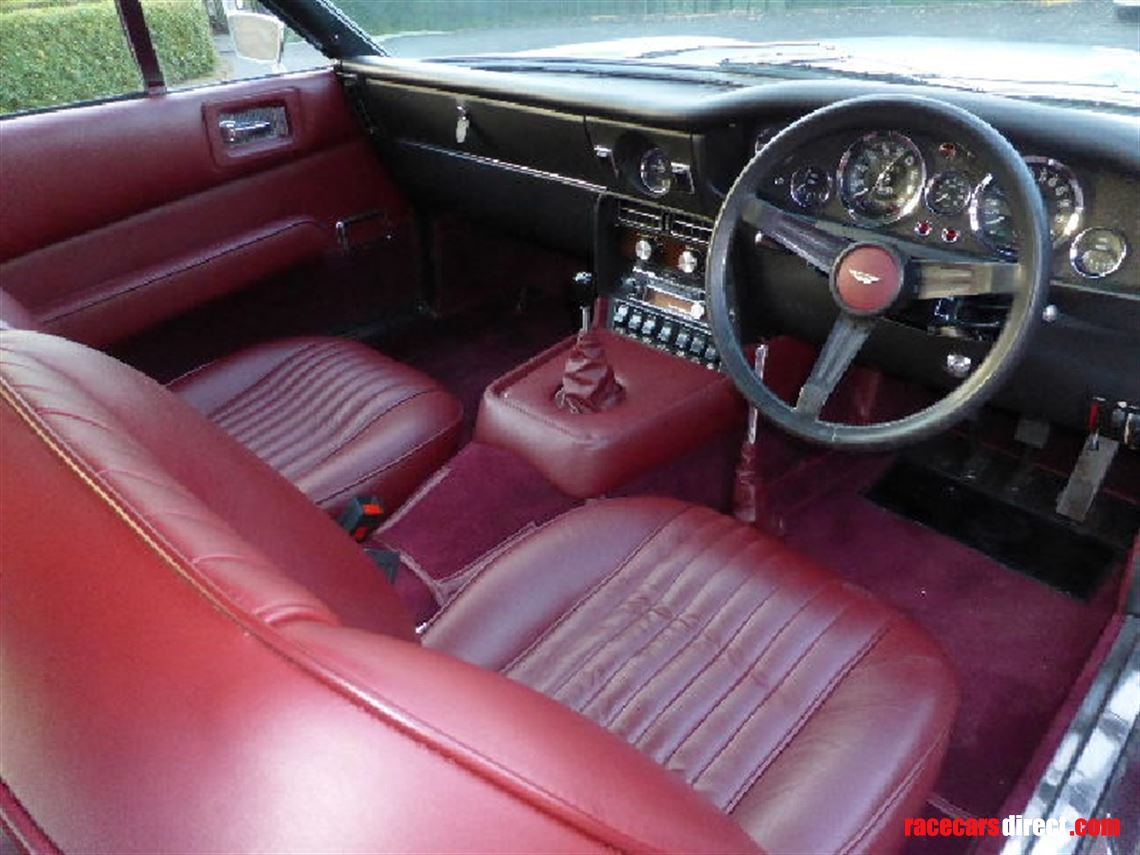 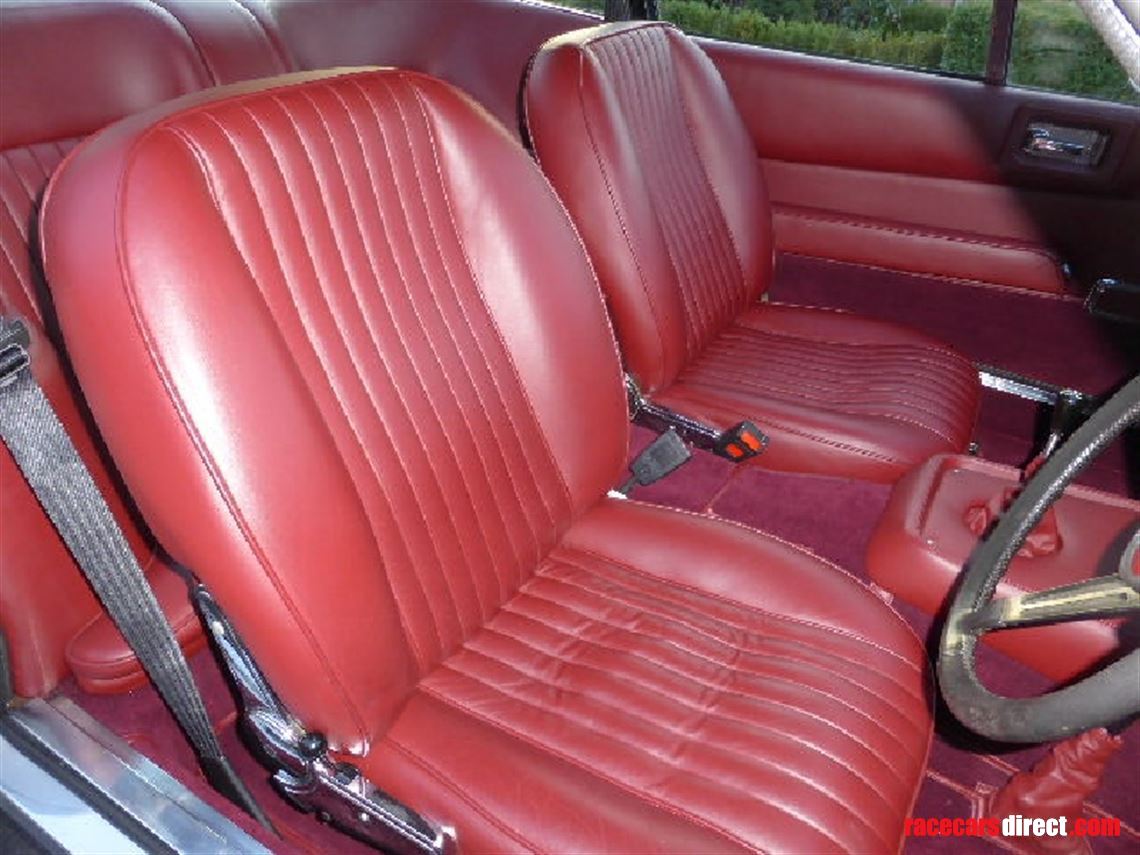 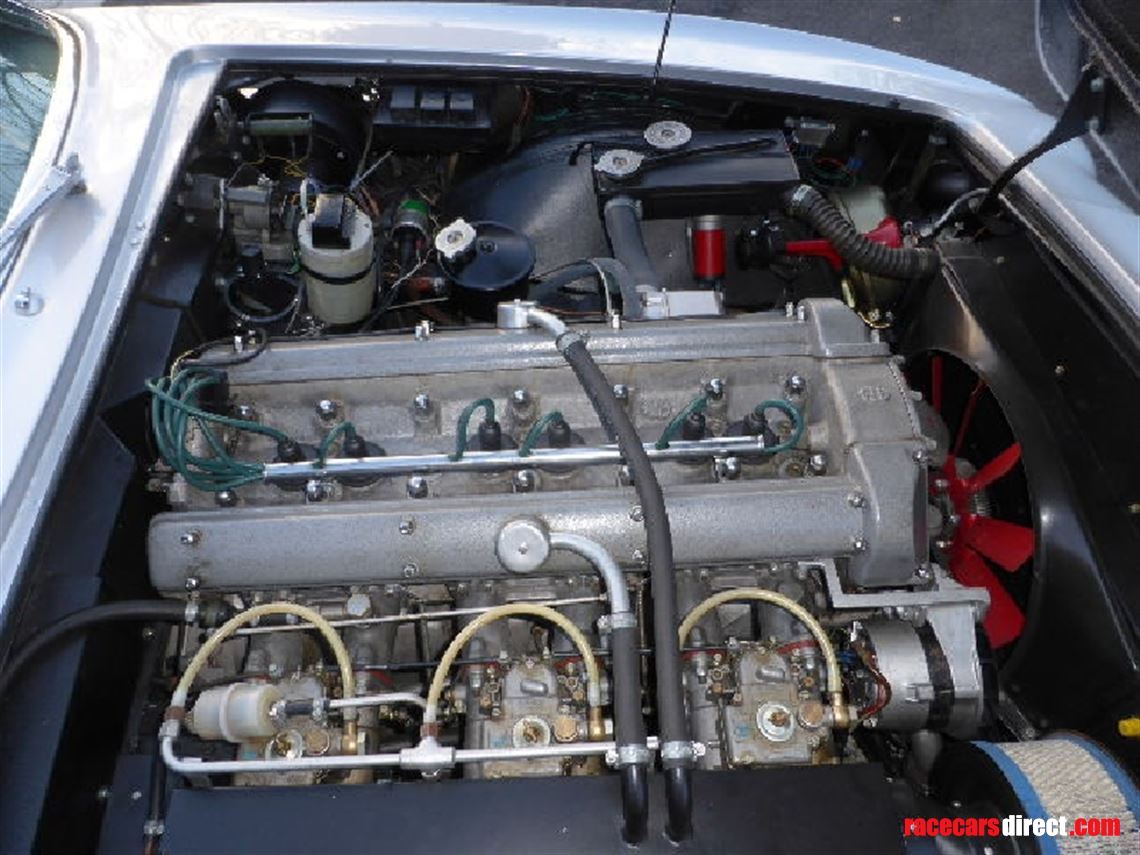 The Aston Martin AM Vantage  was the first model produced by The new Aston Martin team after their purchase of the company from David Brown. Numerous improvements were made to the DBS6 on which the car was based, the most significant of these being the change in the frontal styling to incorporate single headlamps rather than the twin headlight set up used in the DBS.  The car was produced during 1972/3 and only 70 of this model were made, thus making it a comparatively rare motor car.  This matching numbers car is finished in Stronsay Silver with sumptuous deep burgundy hide interior and fitted with best quality matching Wilton carpet throughout. Prior to its sale to the last owner, the car was sourced by us in 2010 and was purchased as a car requiring complete restoration but having the benefit of having covered only 44,000 miles from new, backed up by the considerable number of mot certificates contained in the file. We then embarked on a full restoration programme and dismantled the car back to a shell prior to commencing the restoration of the chassis. During the restoration, nothing was left to chance and the body was stripped to bare metal and repainted to the highest quality. The engine was rebuilt and upgraded to 4.2 litres, taking the brake horsepower to beyond Vantage specification. The sluggish automatic transmission was replaced with a manual 5 speed T5 Tremac box with uprated clutch which has transformed the manner in which the car performs. In addition, this car was fitted with a Harvey Bailey Handling kit which included stiffer springs and shock absorbers and a thicker front anti roll bar, all of which improves the handling of the car. The car has a new electrical wiring loom, additional sound-proofing and was re-trimmed to the highest standard using best quality Connelly hides in Deep Burgundy. The restoration was completed over the winter of 2012/13 and was sold to a private collection in 2013. Since then the car has been beautifully kept and  regularly serviced by a well respected Aston Specialist. In our view, this car will undoubtedly continue to appreciate and is currently competitively priced in the present market at £135,000

V8 brute in a suit with racing history in England

USEFUL REPAIR PANELS FOR REPAIR OR RESTORATION OF YOUR Mk.1 CORTINA.

in addition: 1 complete gearbox + many spares for Autogp and/or A1GP + 1 Formula drive simulator