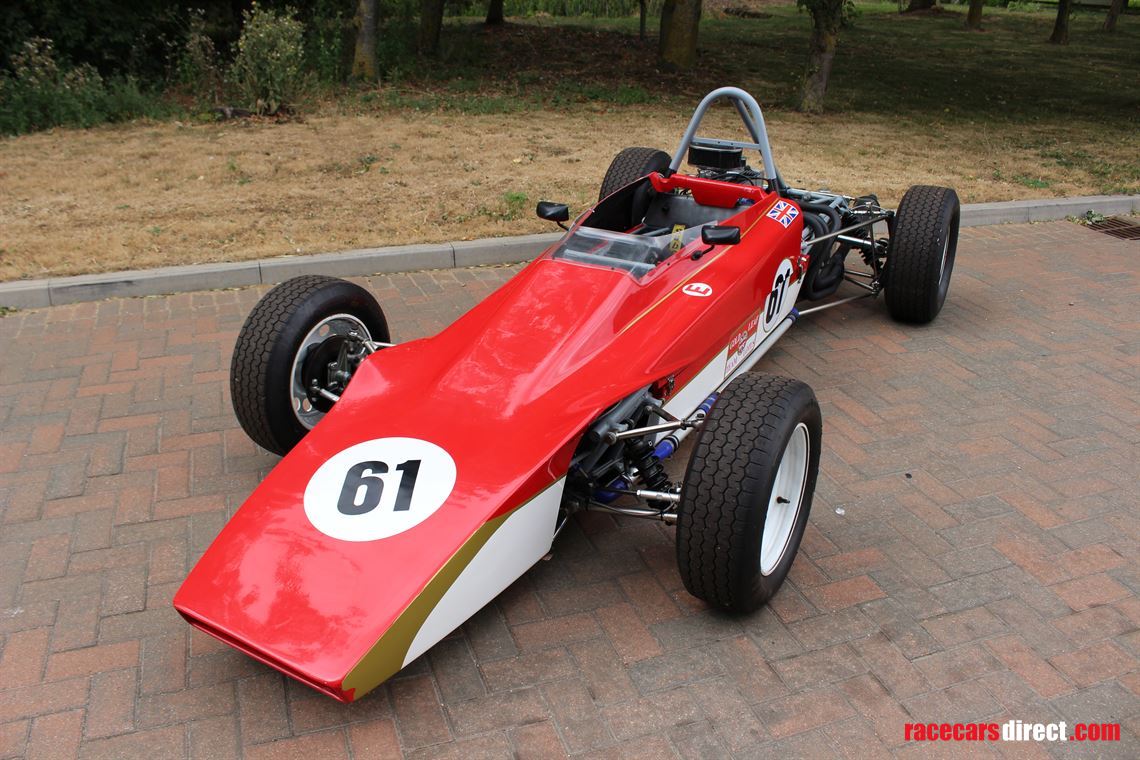 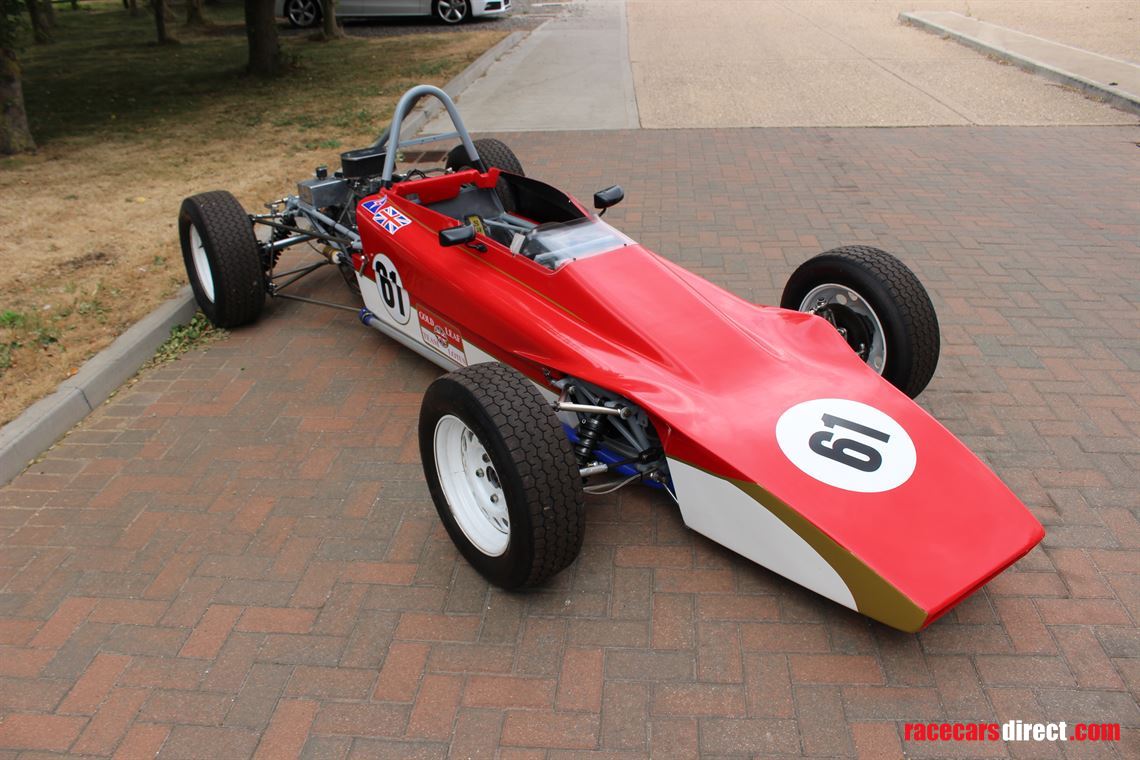 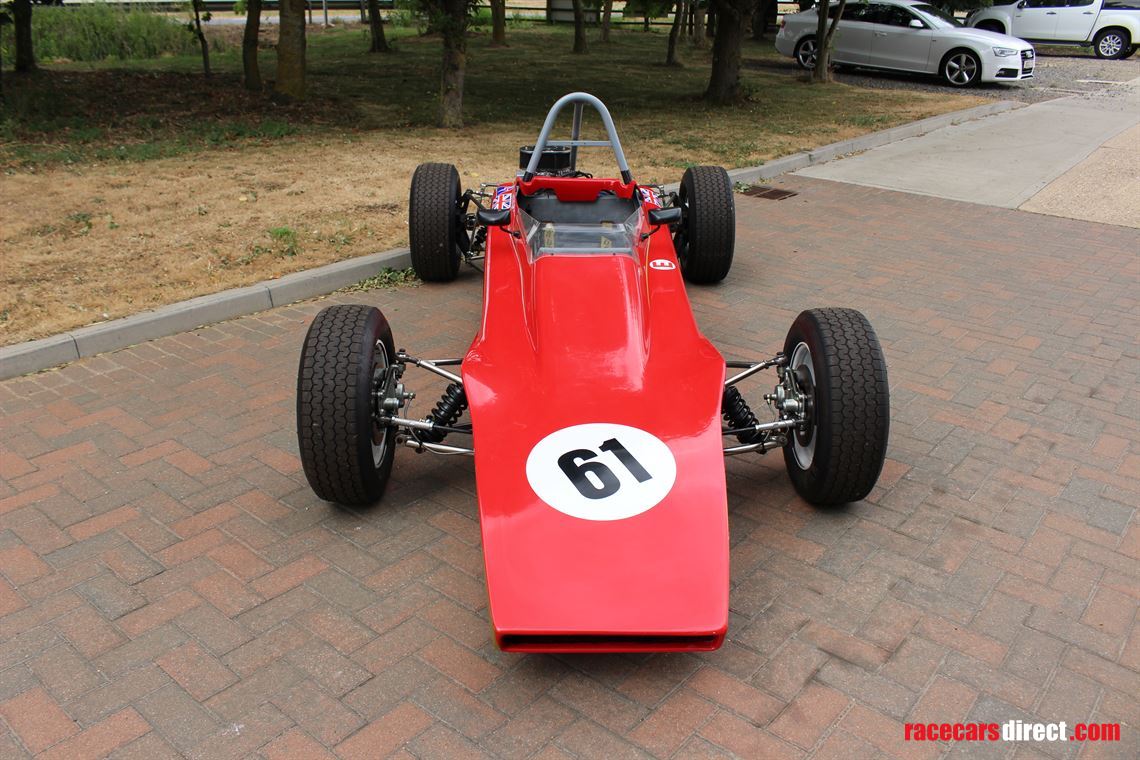 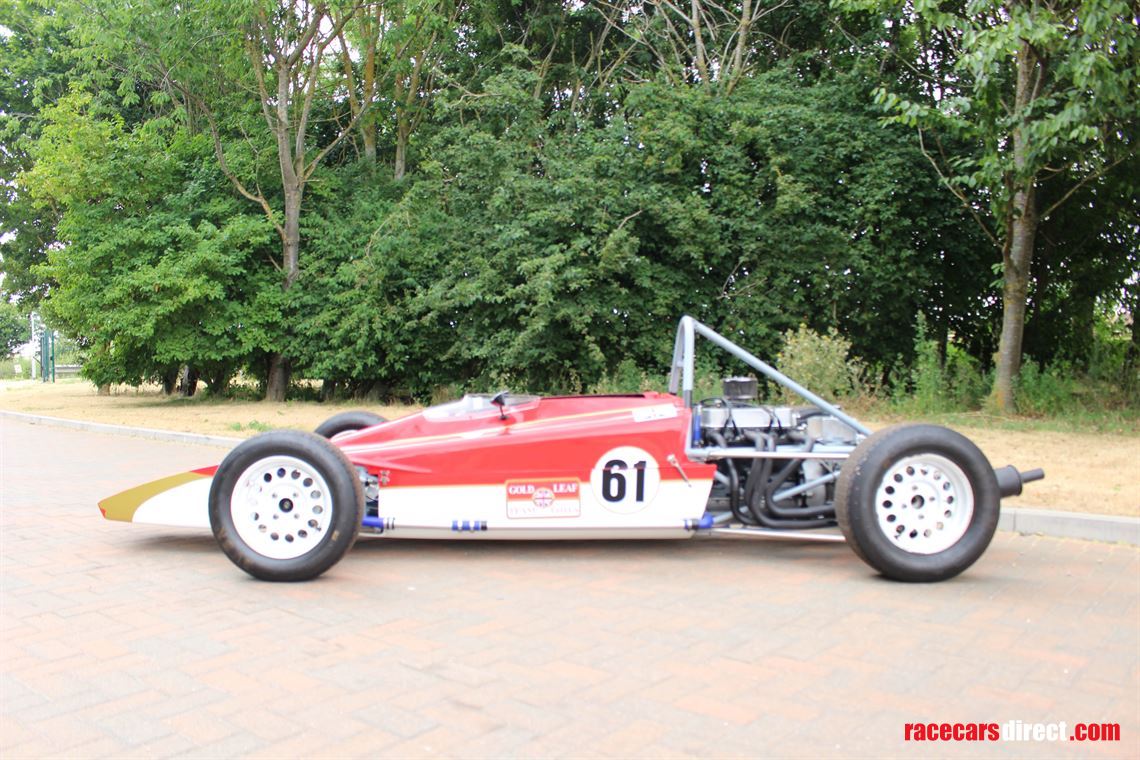 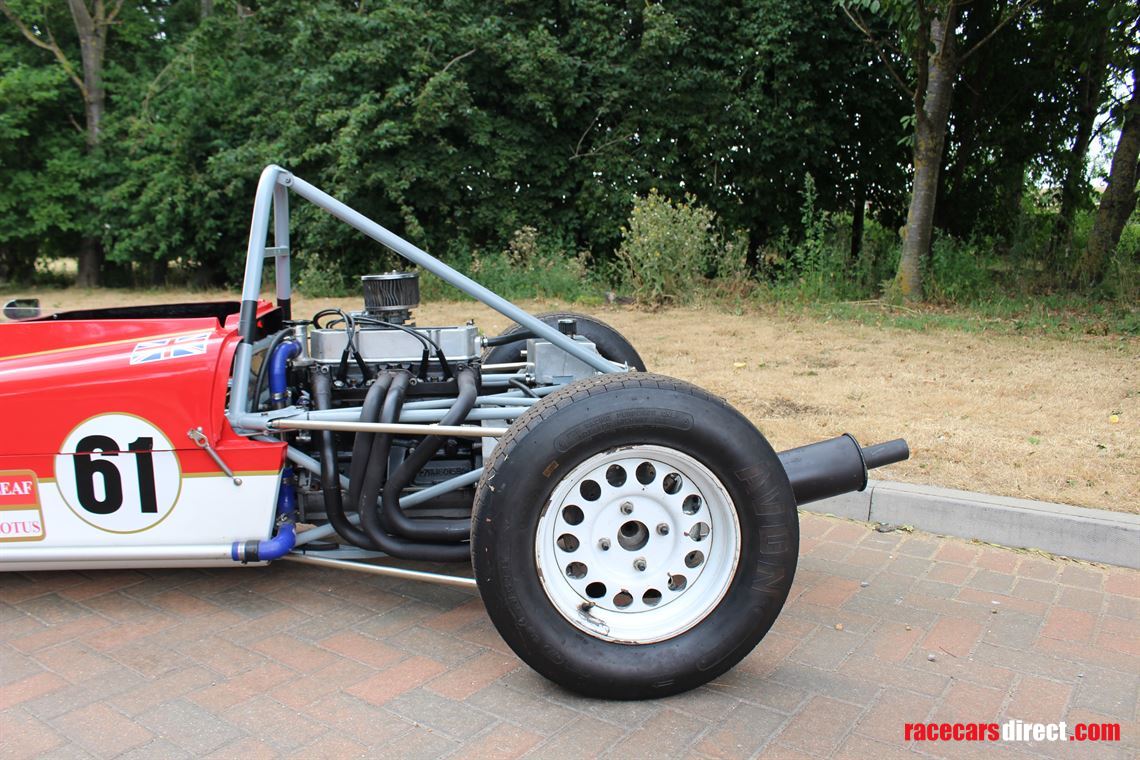 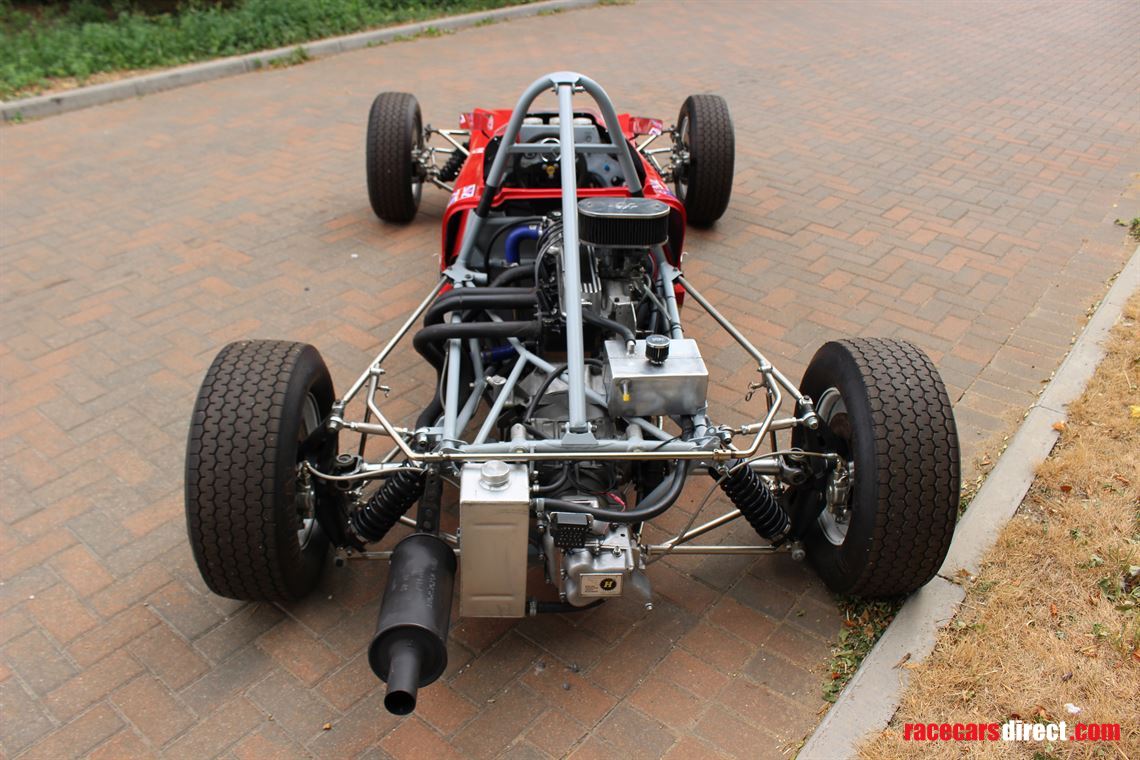 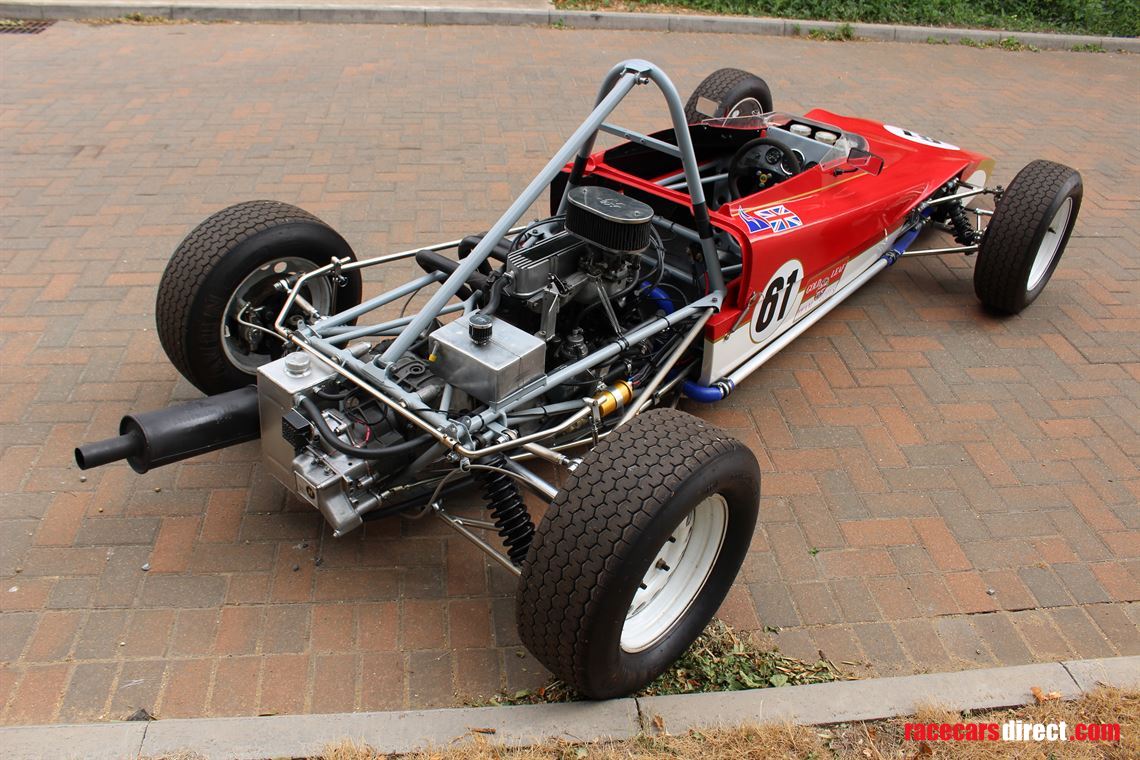 Lotus was one of the first major manufacturers of racing cars to embrace the new Formula Ford after its inception in 1967. Intended as a low-cost introduction to ‘proper’ motor racing, Formula Ford required relatively inexpensive cars that were easy for the novice to maintain. In line with these requirements, the Lotus 61 was an entirely conventional design by the standards of the day, being constructed around a multi-tube steel spaceframe with wishbone suspension all round. It was one of a number of Lotus 'formula car' designs of this period to feature wedge-shaped bodywork, an innovation first seen on their Type 56 Turbine Indianapolis car.

Offered here is indeed a wedge-shaped Lotus in the form of a 1971 Lotus 61MX  Formula Ford. It was one of the last to run off the Lotus production line and is ready to race having been completely rebuilt, carefully set-up and now on the button. As a bonus, the car's vendor, historic Formula Ford Champion Richard Tarling, will include a days tuition at either Silverstone or Brands Hatch which will be invaluable if the car's new owner is new to single-seaters.

It's believed that 61MX-F3\234 was exported to Canada initially and having had little use over there was purchased from a private collection and returned to the UK in 2018. It has been completely rebuilt by renowned race preparers, Enigma Motorsport, and the stripped chassis was jigged on the original Lotus jig prior to being powder-coated. The engine is freshly rebuilt by experts Barnett Racing Engines with zero miles since and the Hewland Mk9 gearbox has also been stripped and checked and the drive shafts have new donuts. The suspension was fully checked over with new rod-ends and bushes where necessary and has been set up ready to test or race on new Spax dampers. It currently wears later ‘low-line’ bodywork but comes with its original tail section/engine cover together with a spare set of wheels.

Eligible to race in a  plethora of historic events and a very healthy classic Formula Ford scene with the HSCC, MSV, BRSCC and potentially Goodwood, the options have never been greater. After all, Formula Ford was designed to bring low cost single seater racing on a budget to owners and spectators alike and continues to thrive nearly sixty years on.

A great opportunity, ready to race and with Richard Tarling on hand to divulge the black arts of how to be a quick in a Formula Ford 'Wedge', the whole package seems like remarkable value.

This car had a complete rebuild in 2020 during lockdown to make it into basically a brand new car.

One of a kind race car controlled with 2 joysticks – for highly paralyzed/disabled drivers.

2015 Australian Supercars championship car, FPR 1217 is race-ready with much more