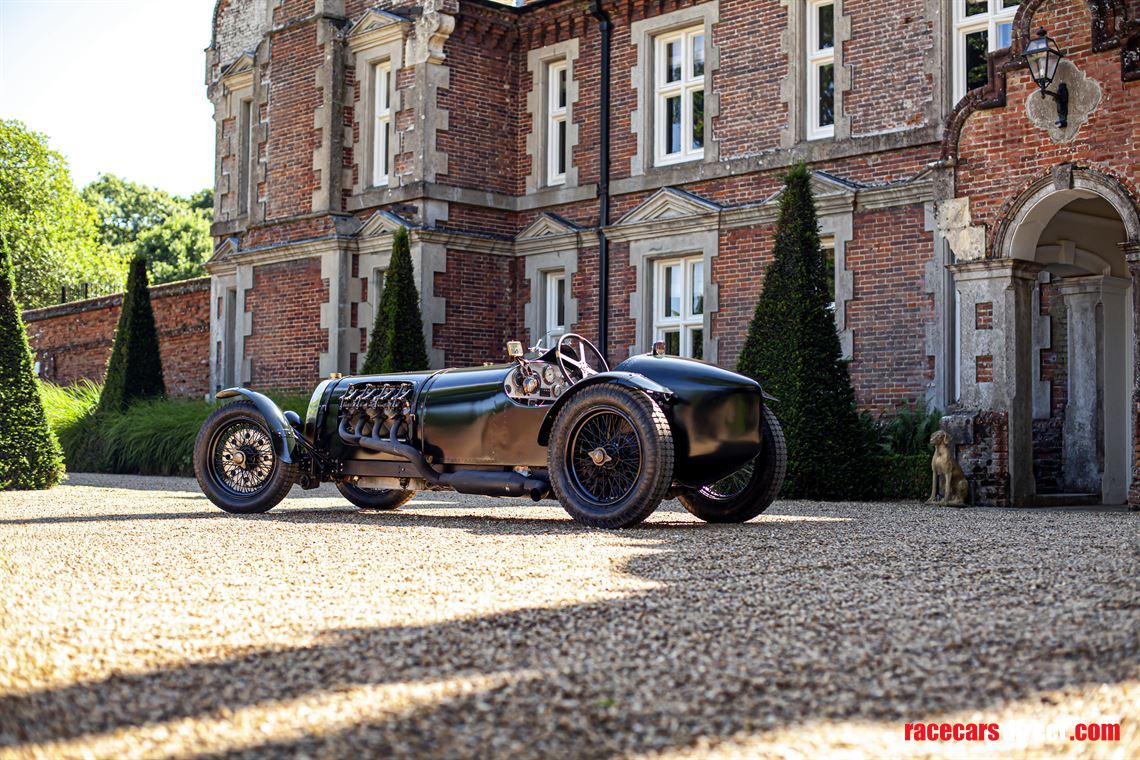 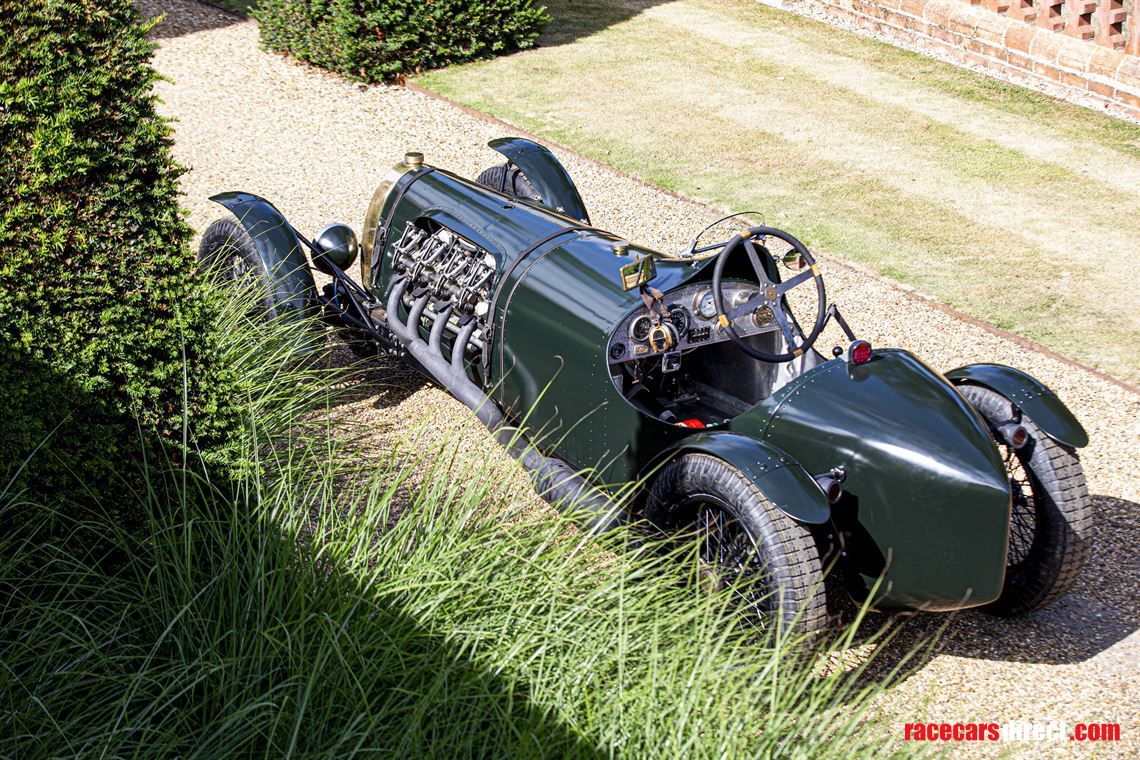 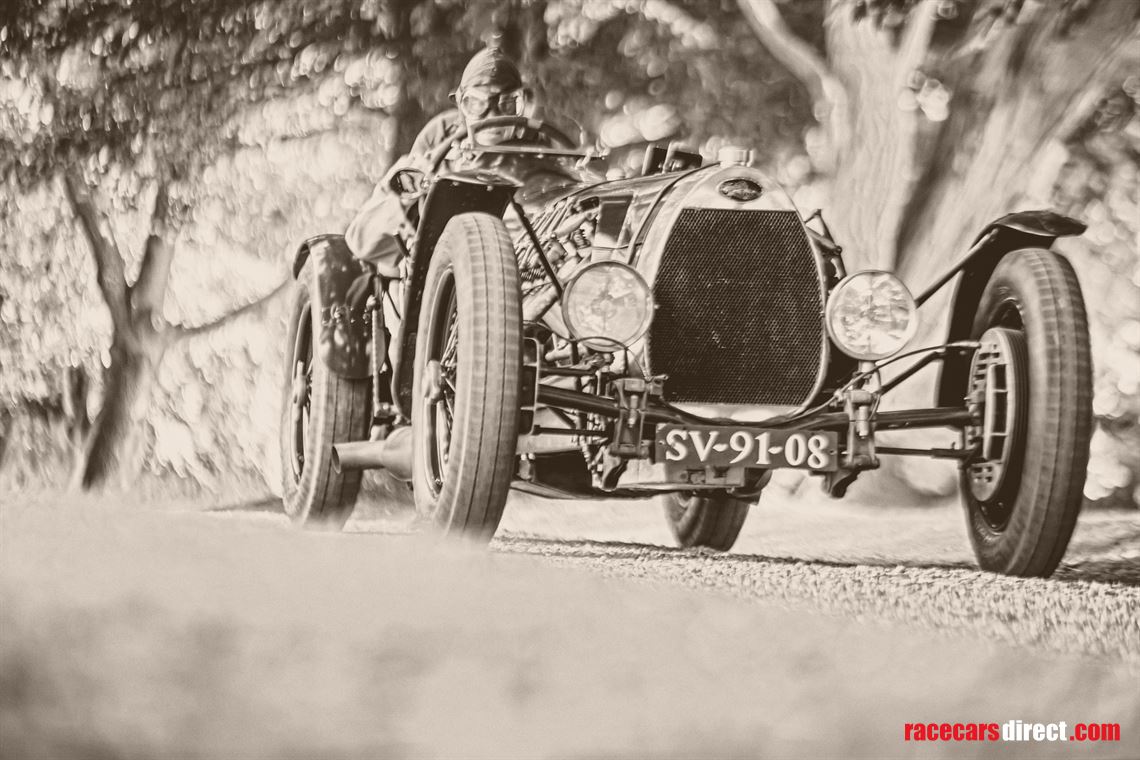 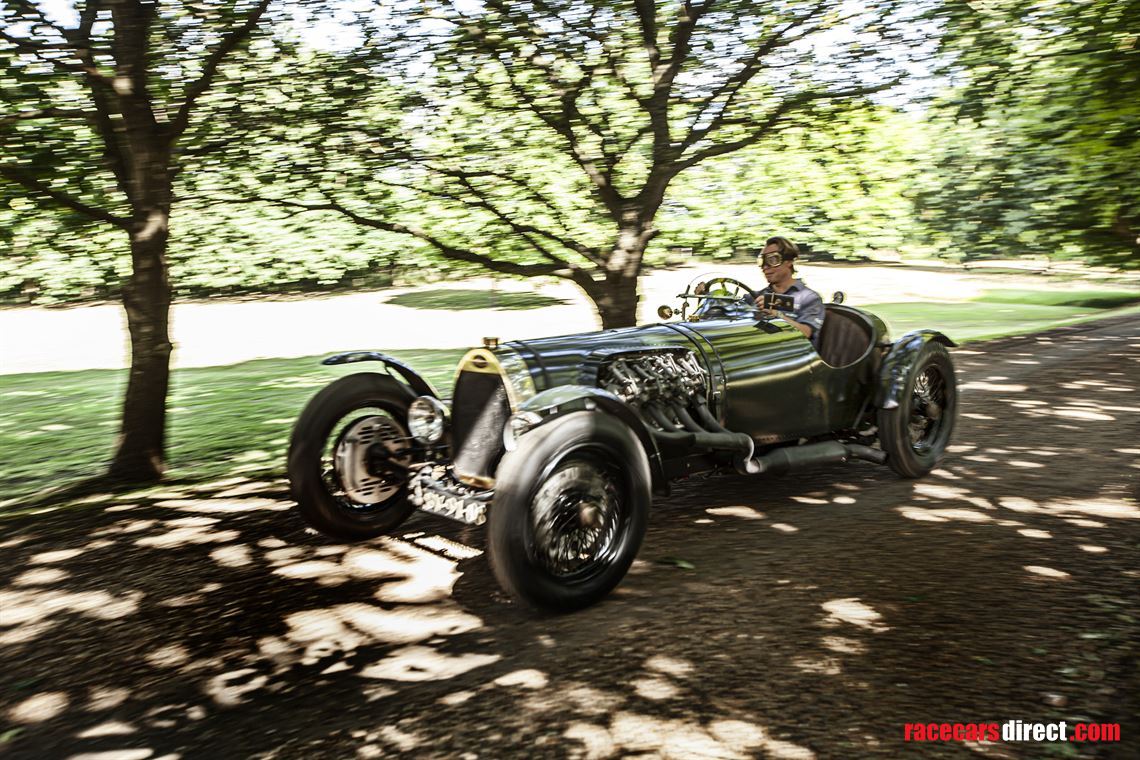 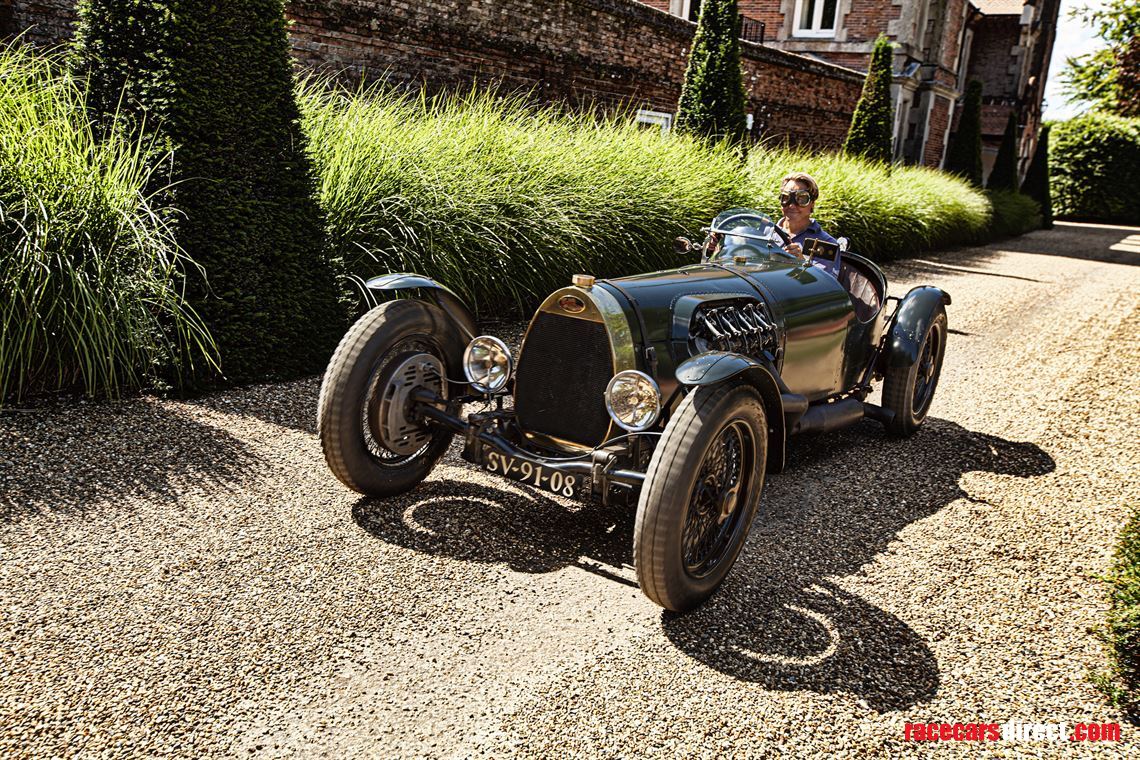 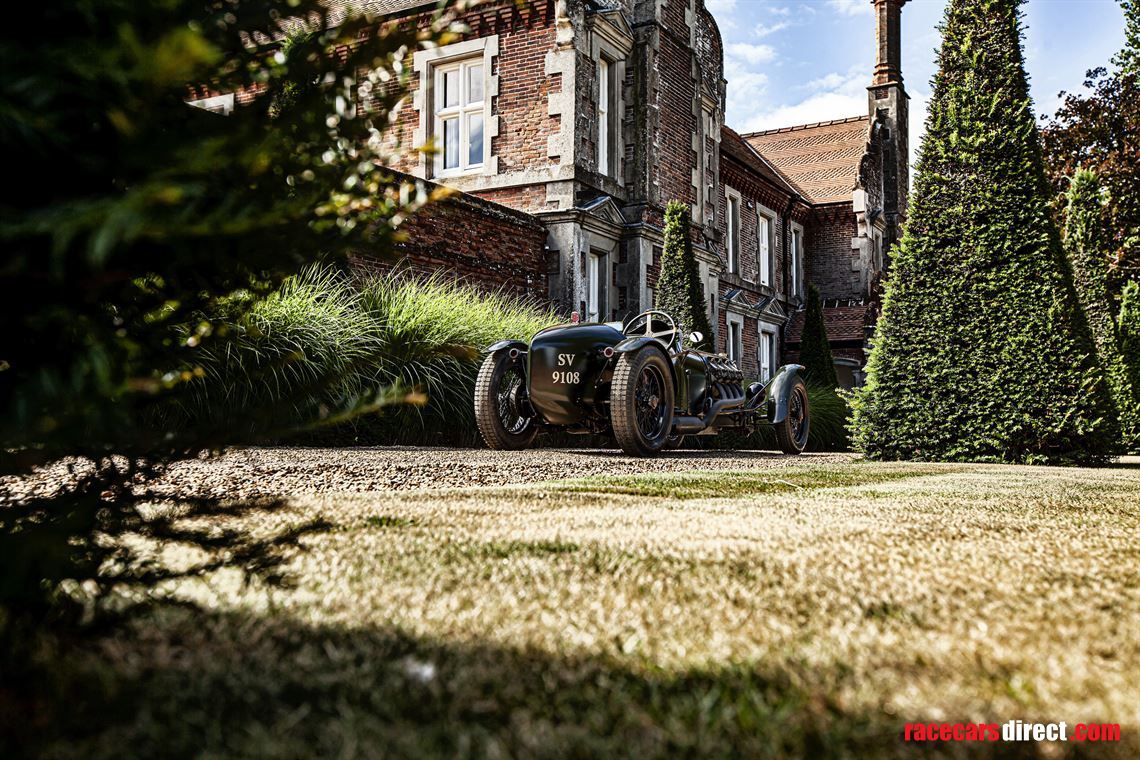 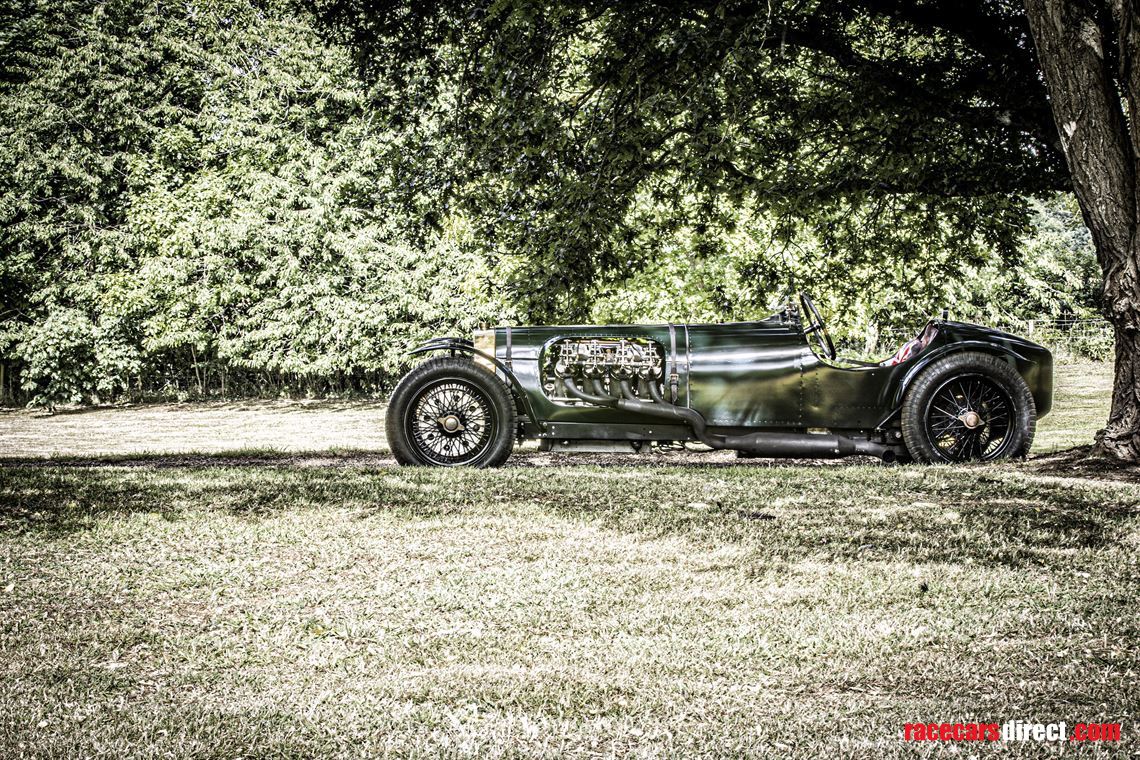 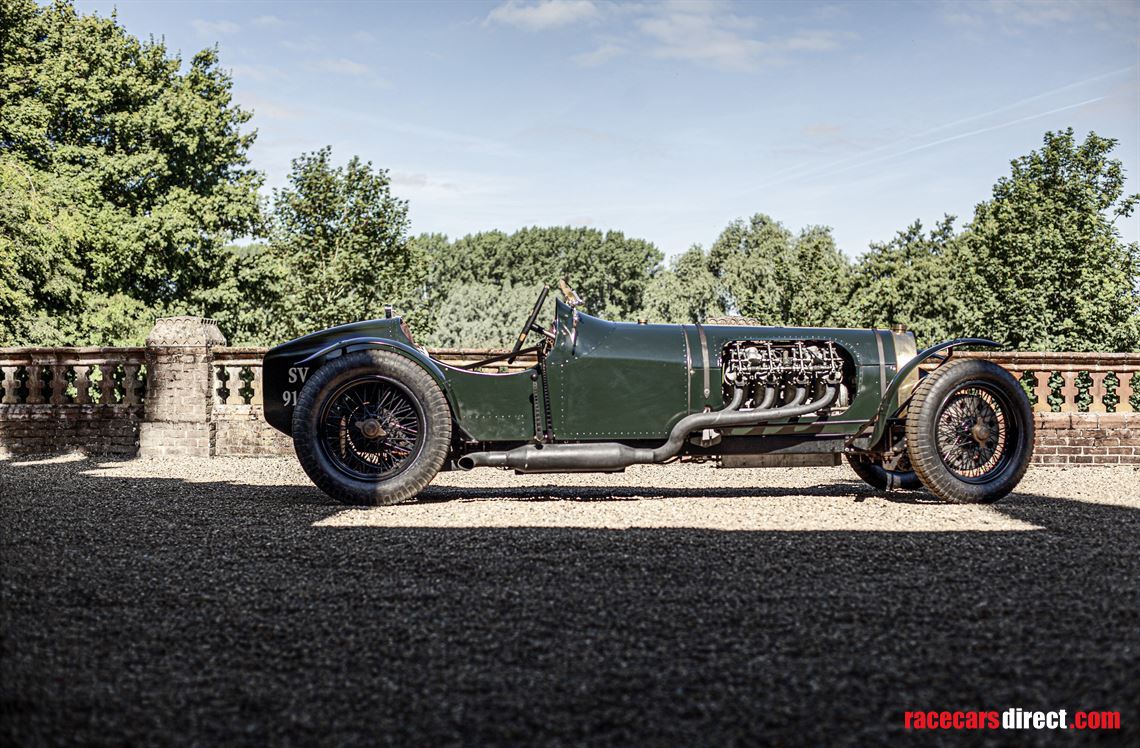 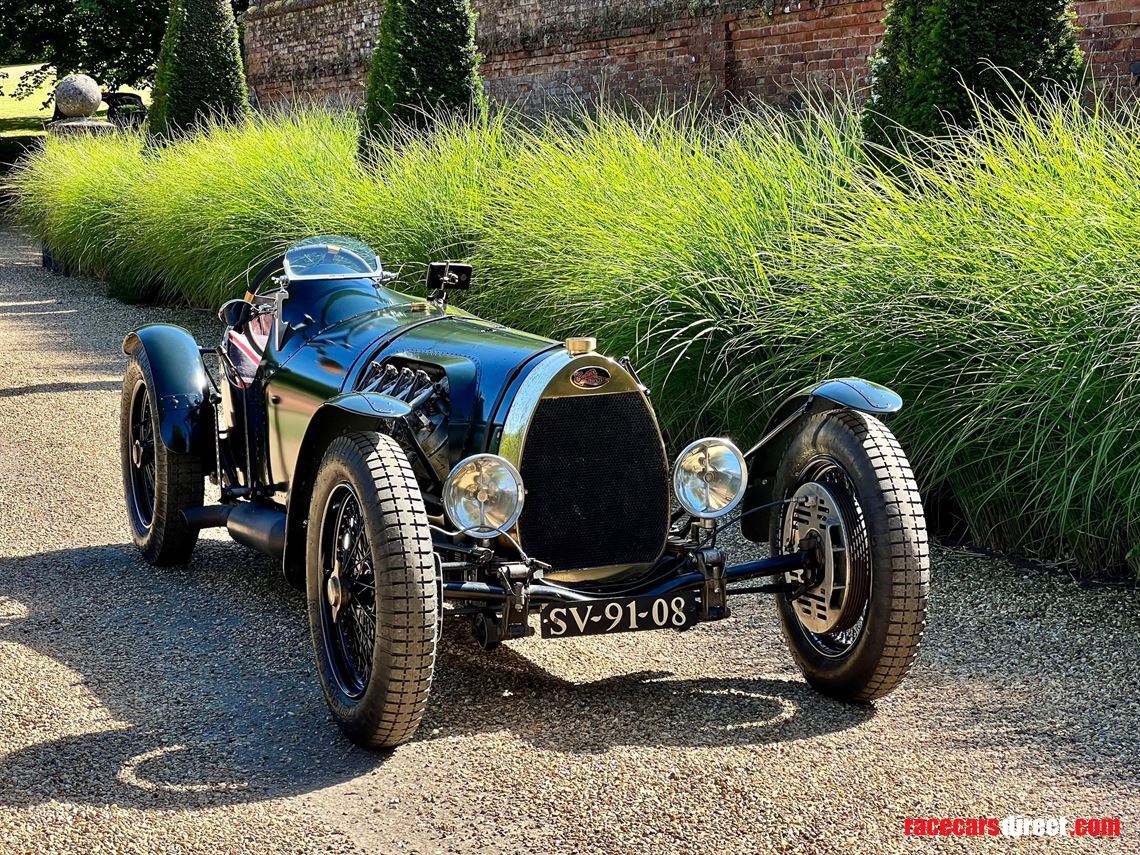 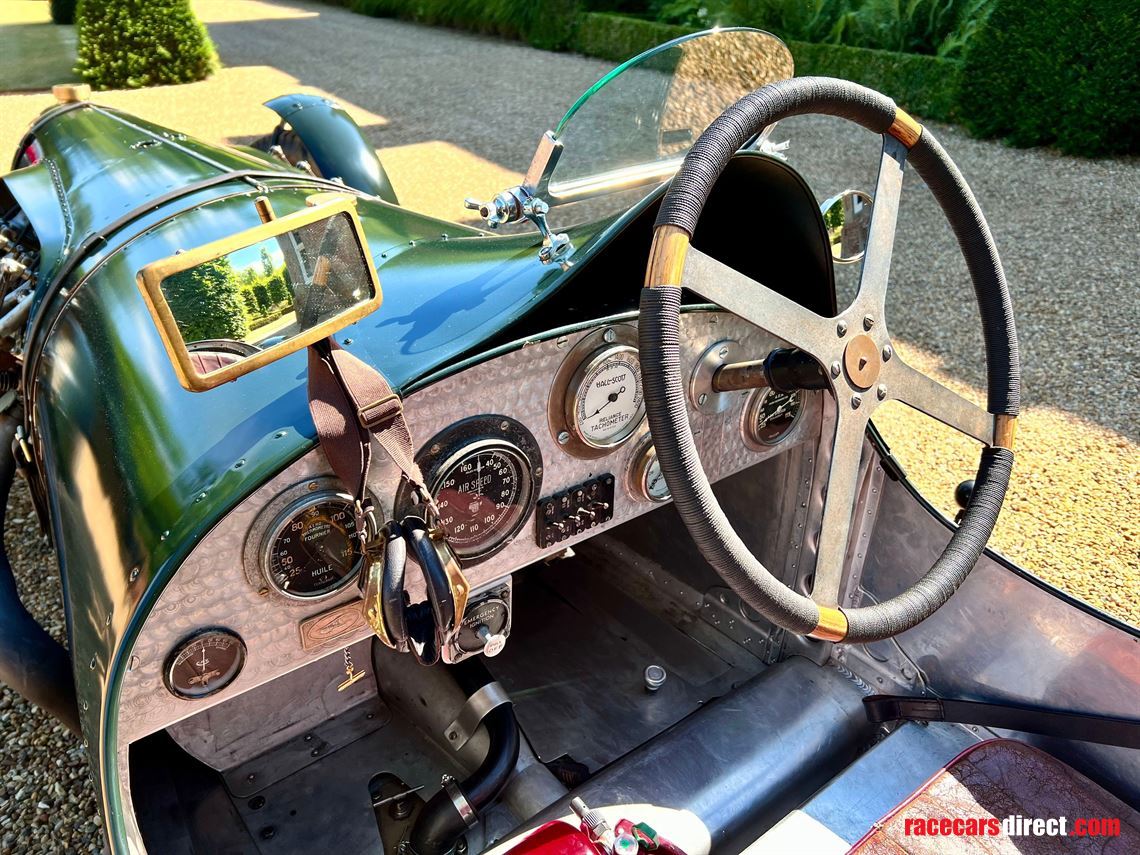 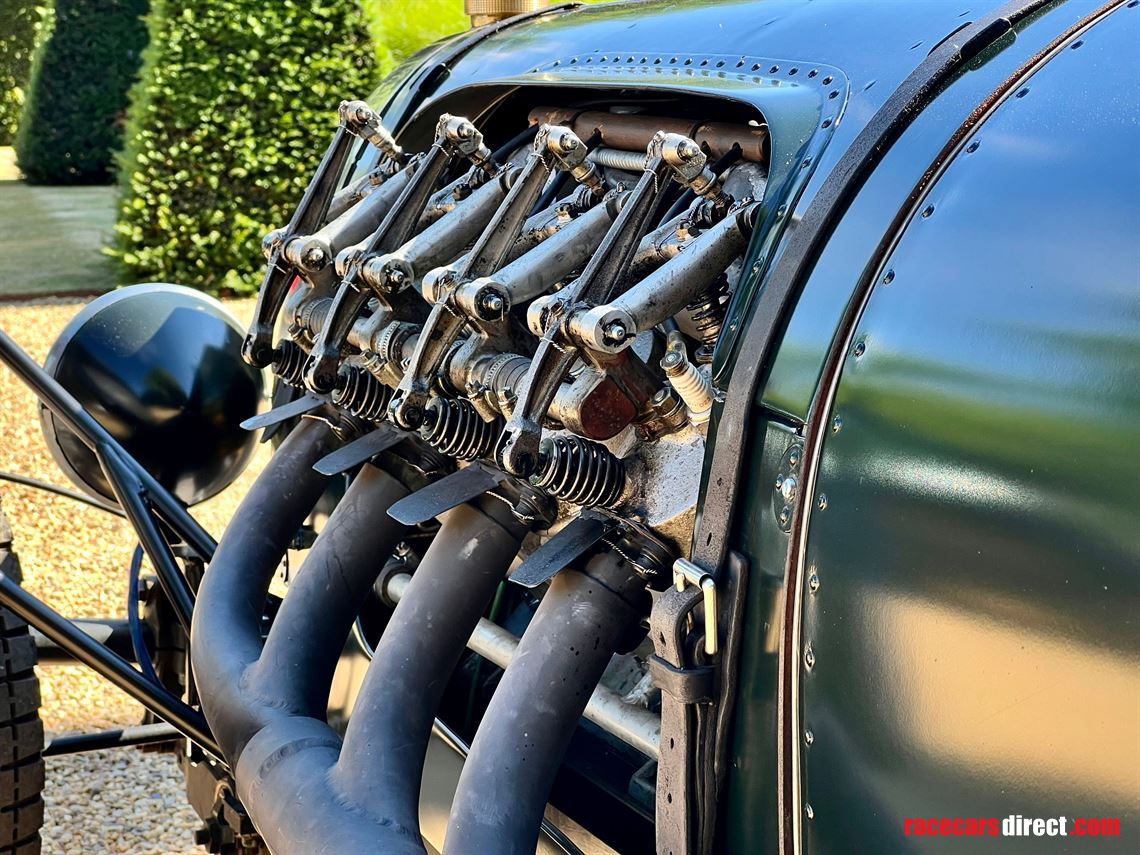 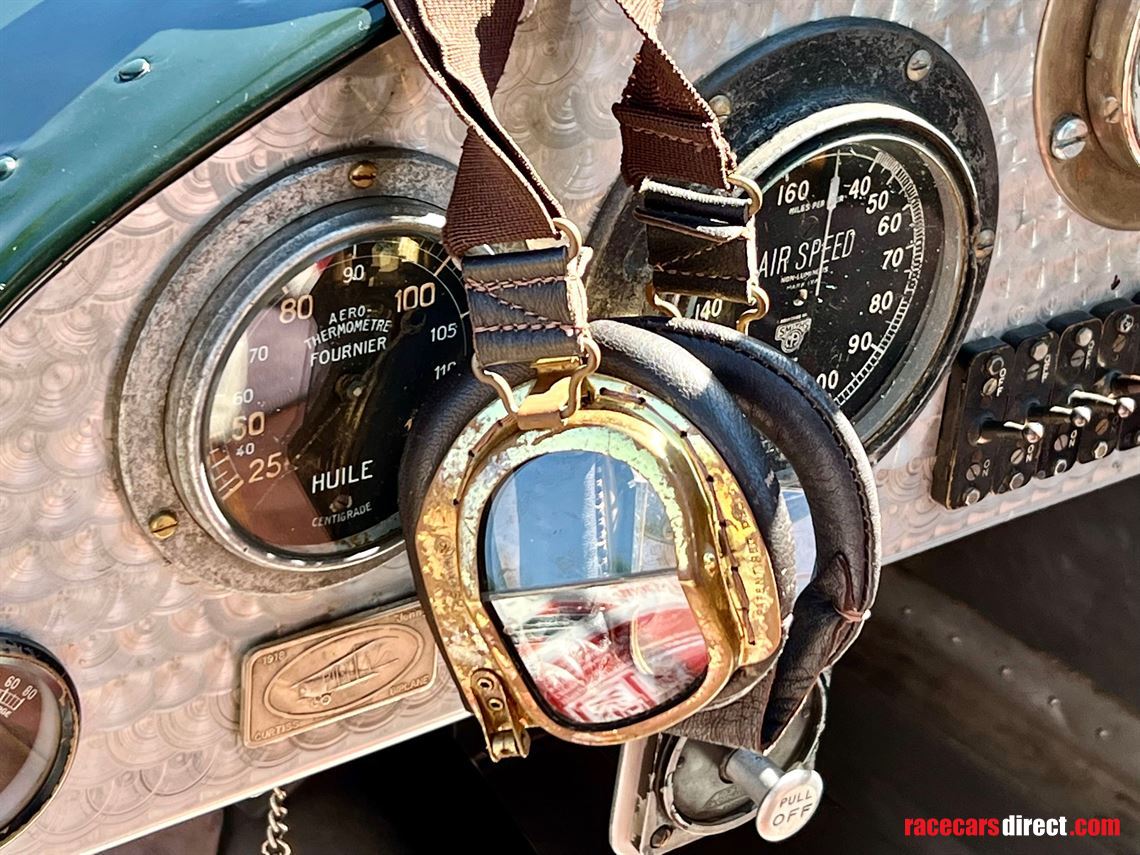 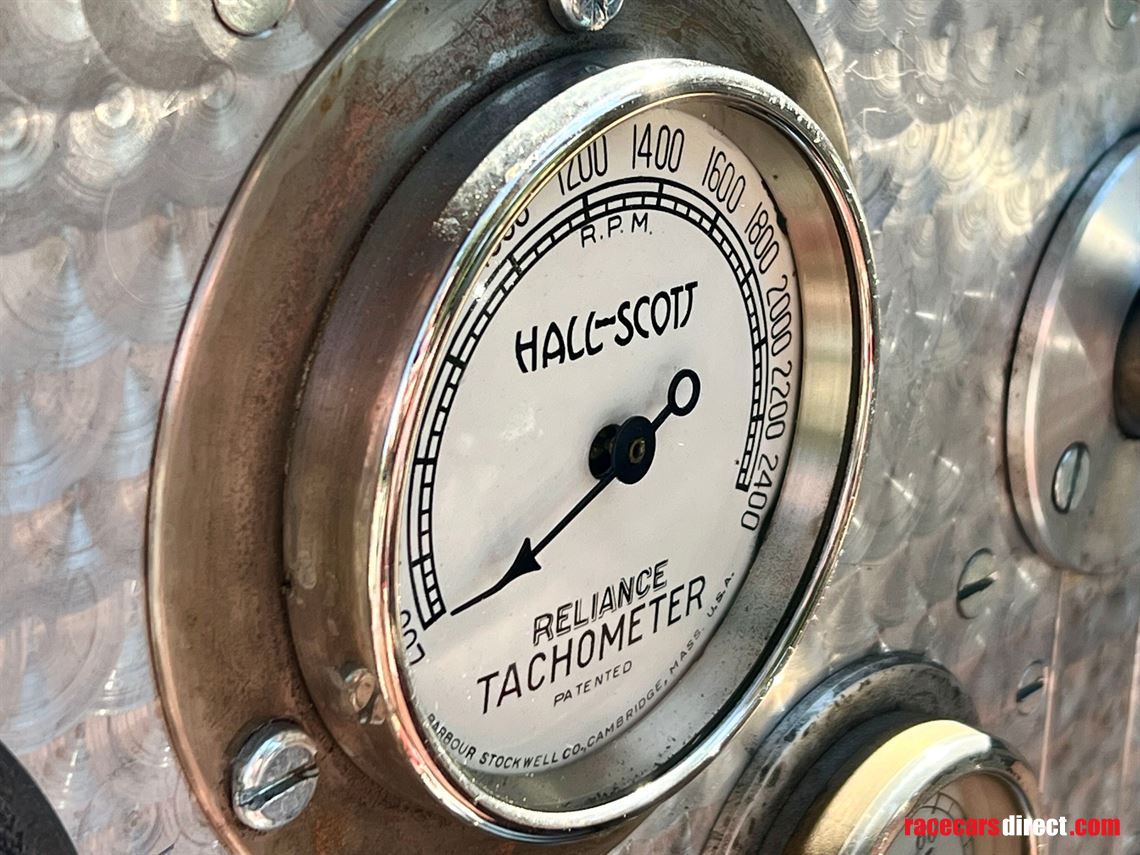 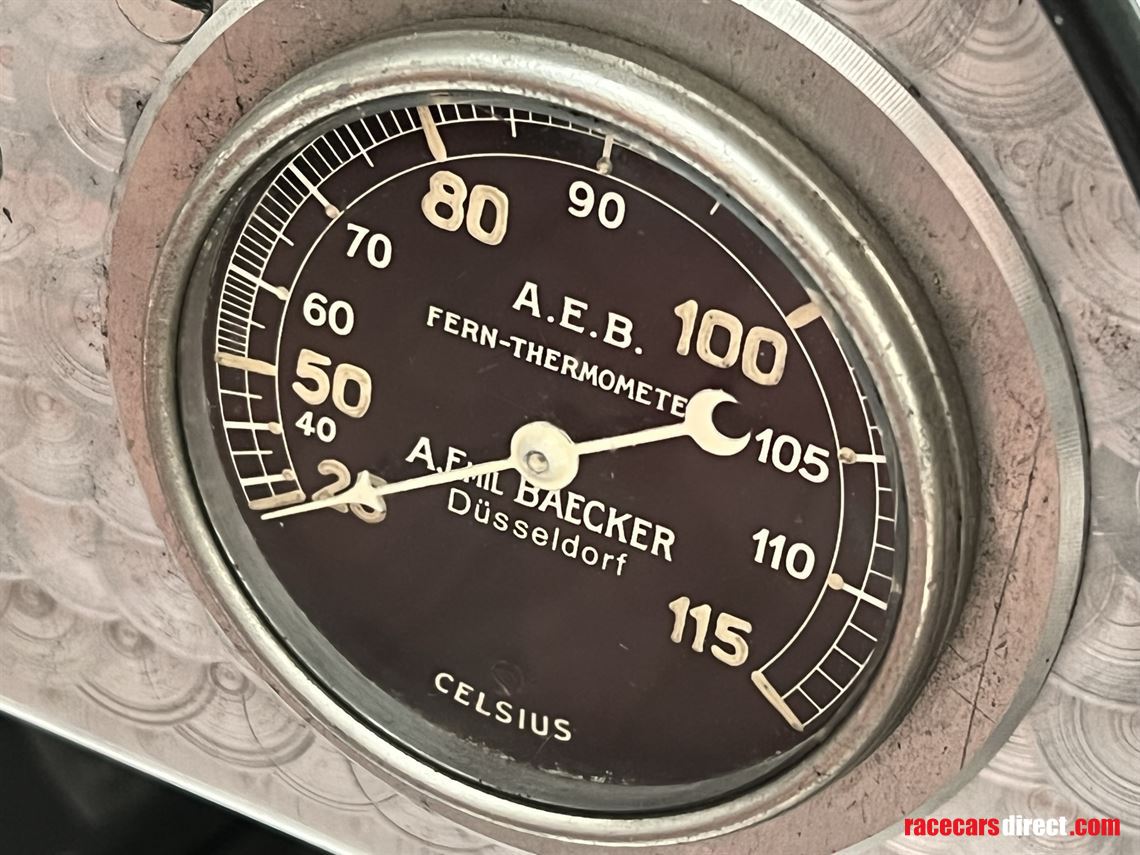 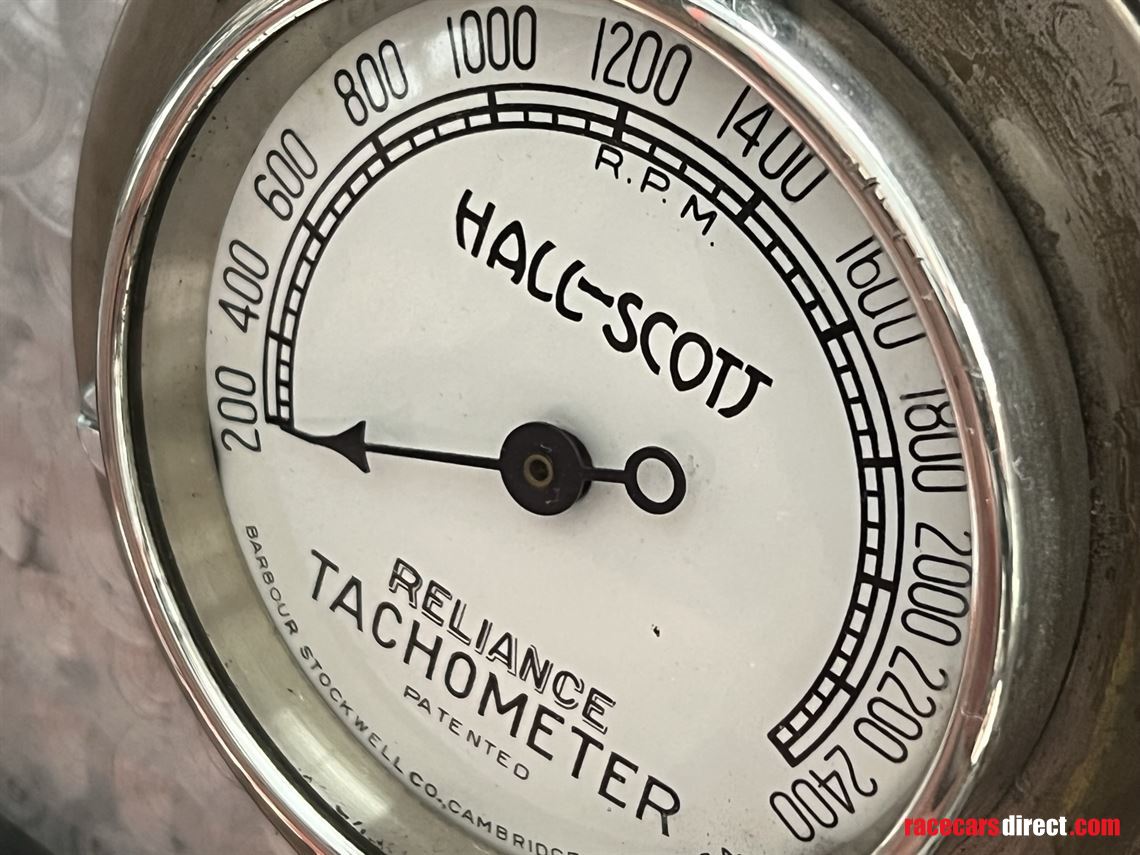 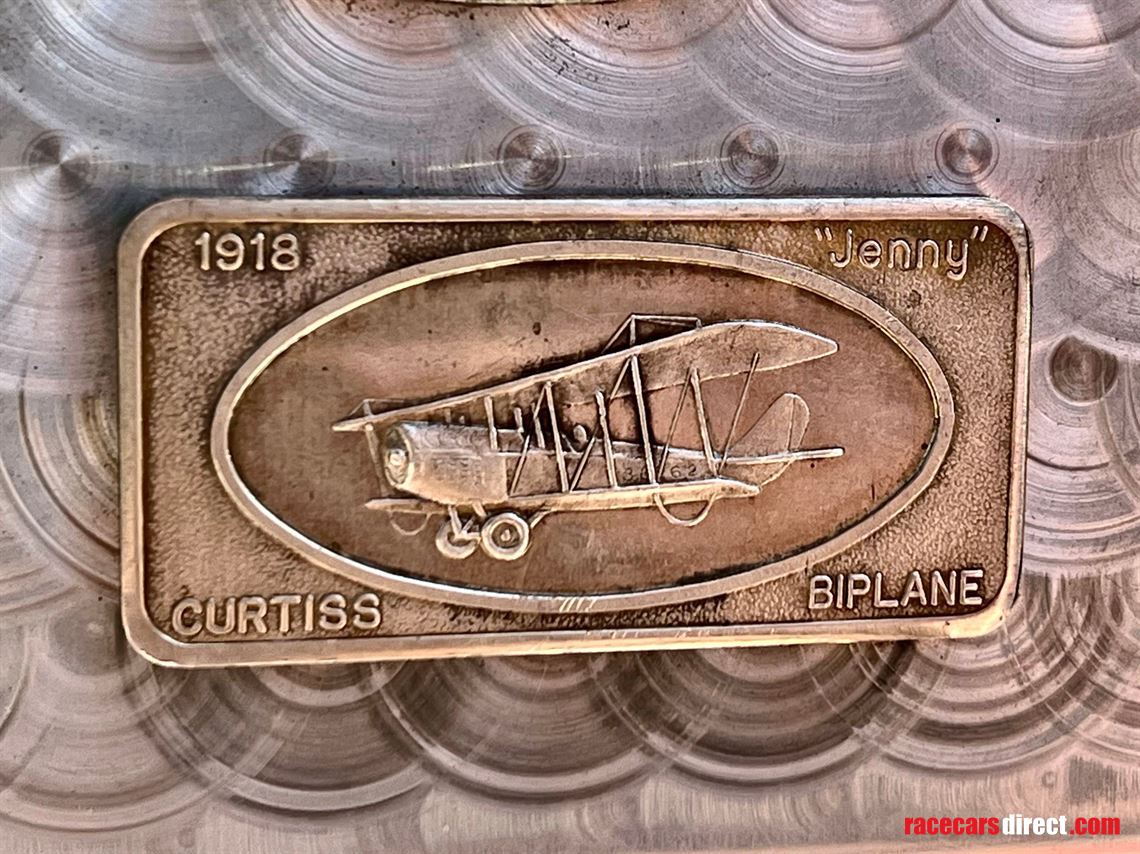 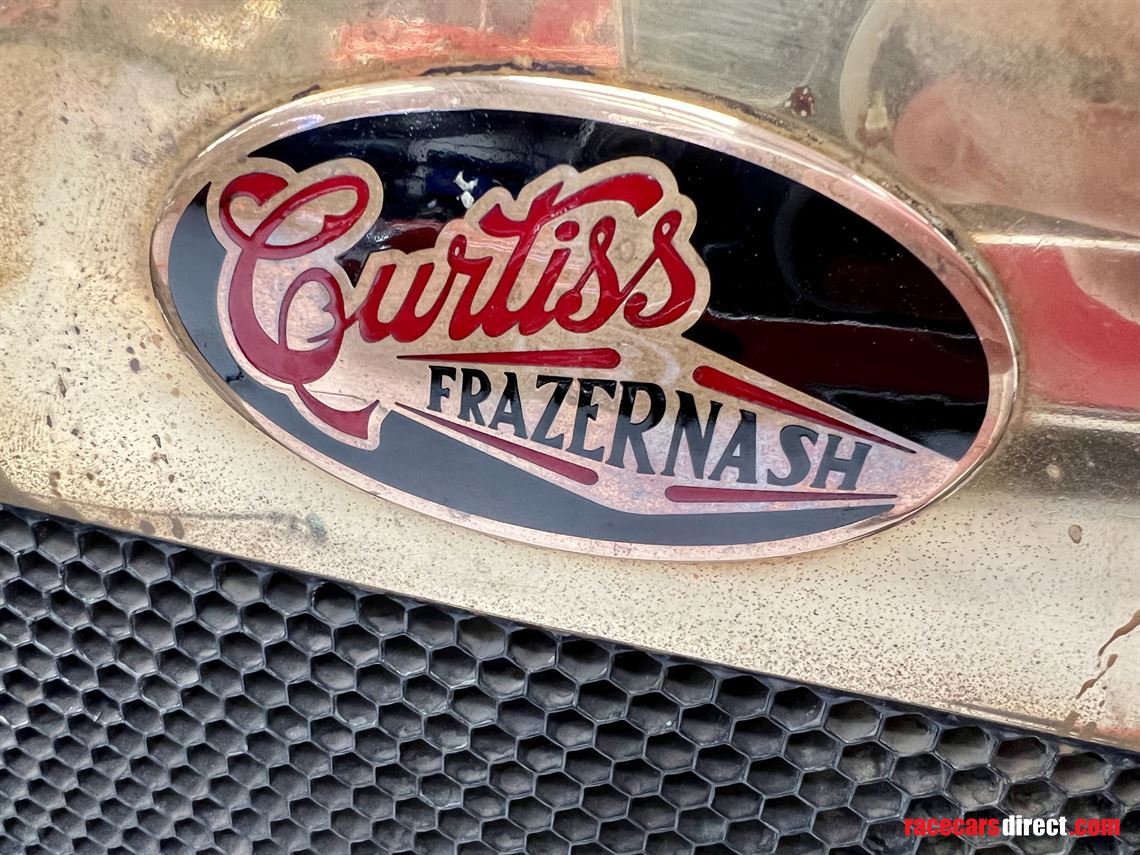 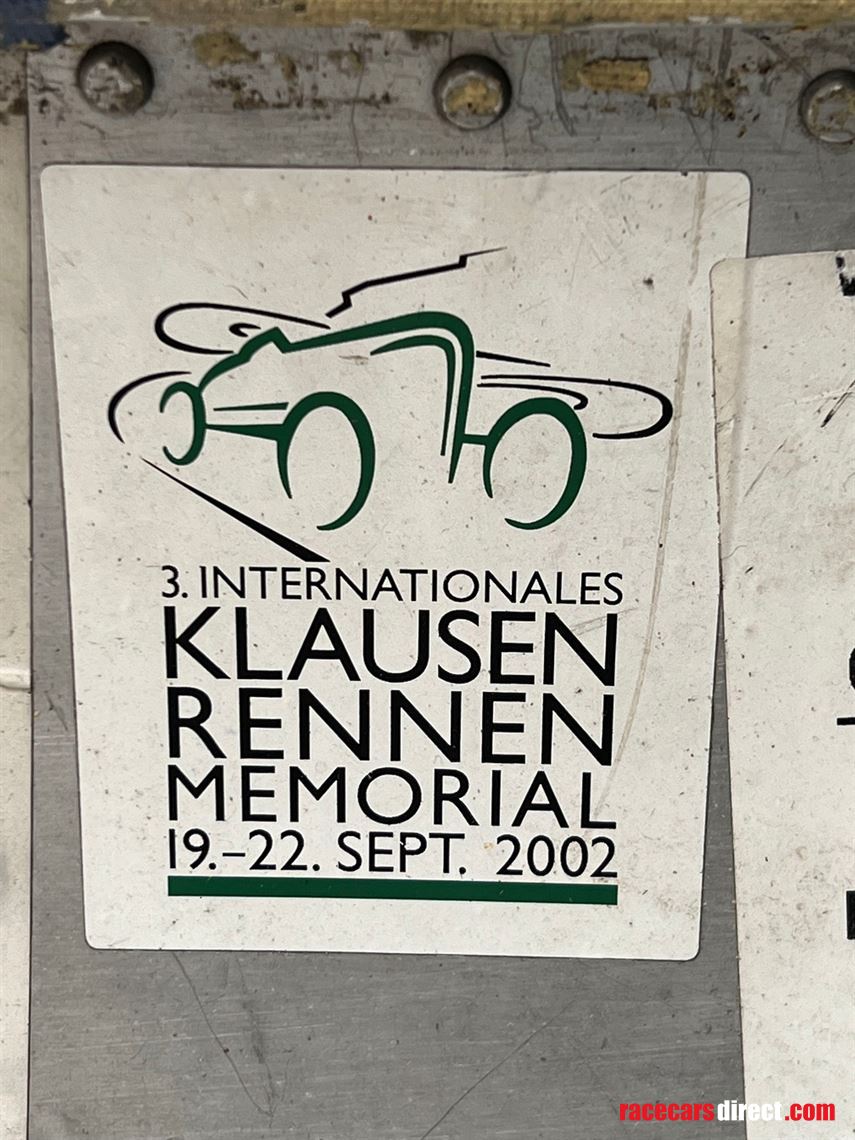 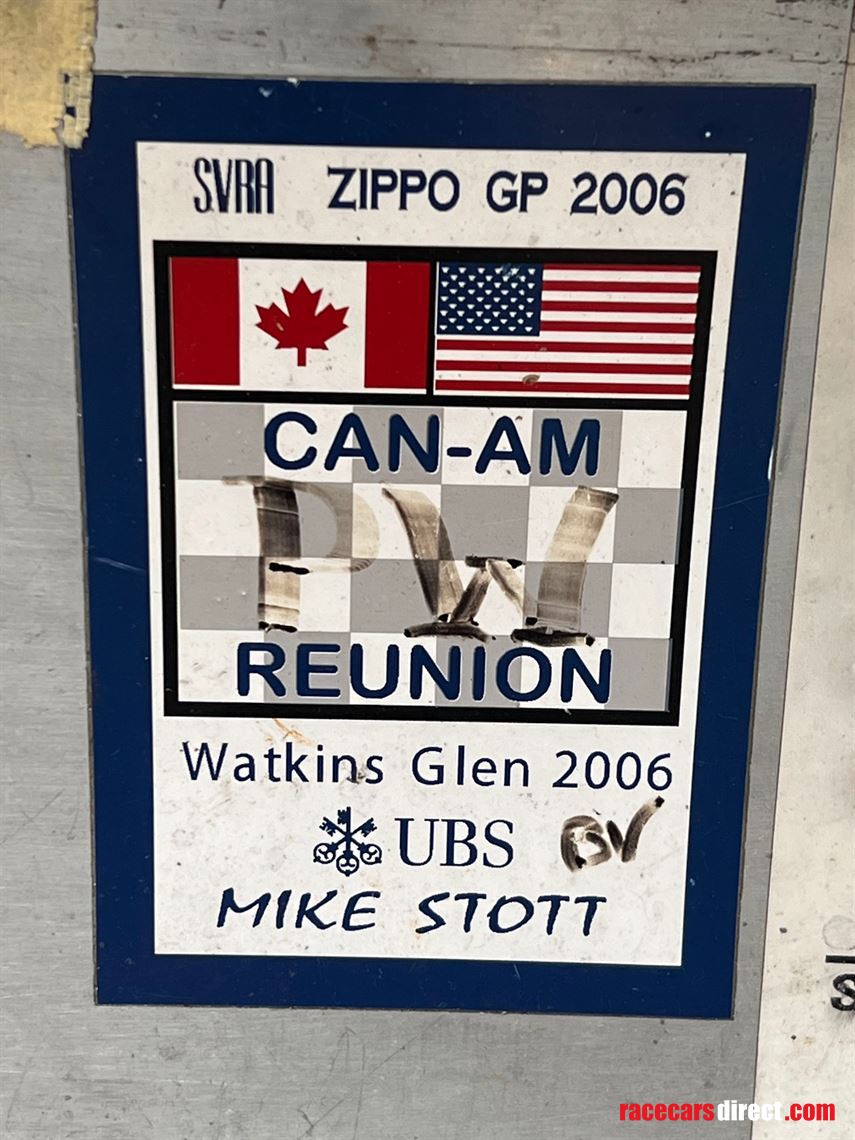 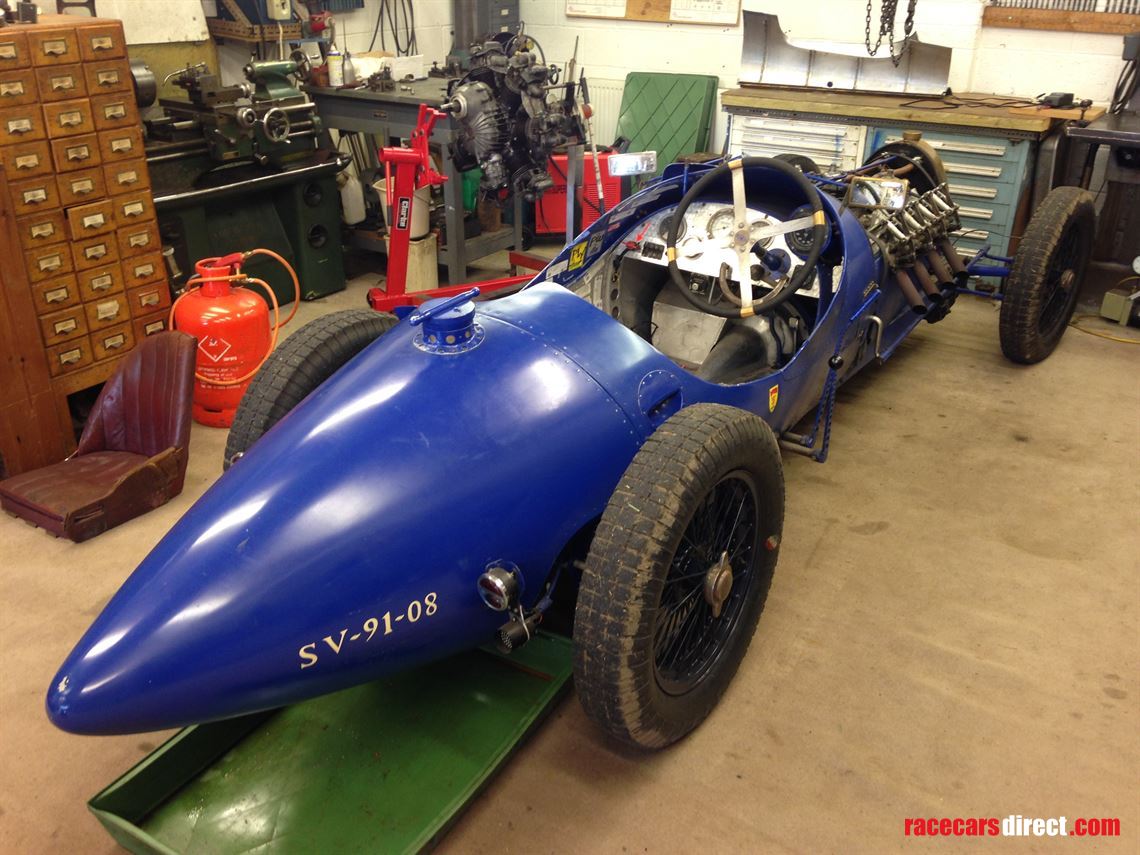 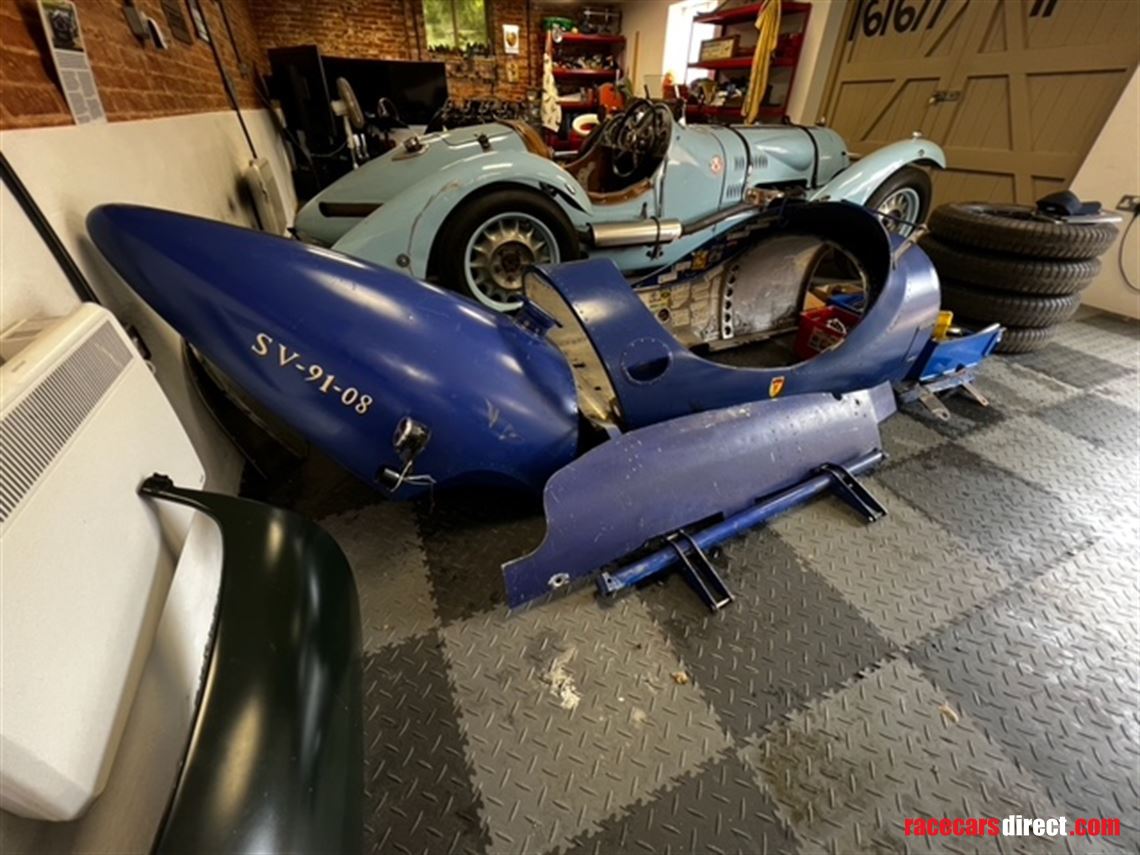 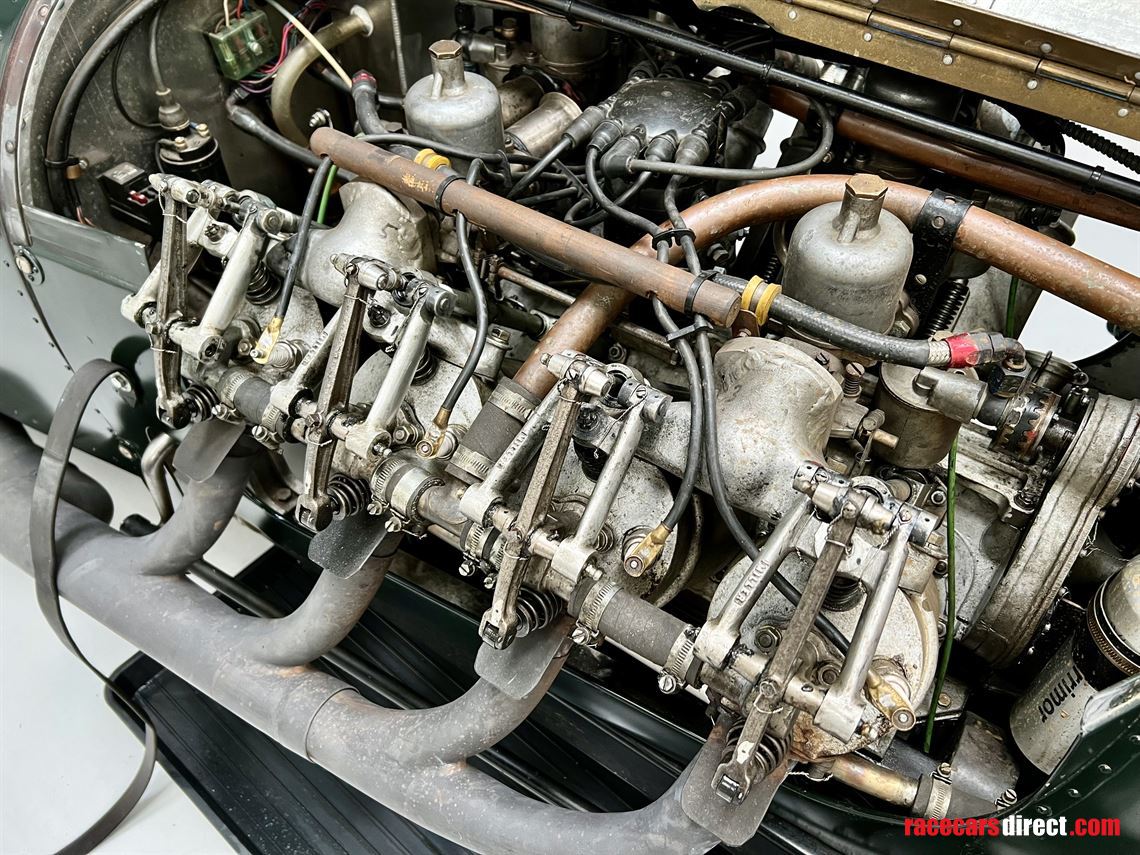 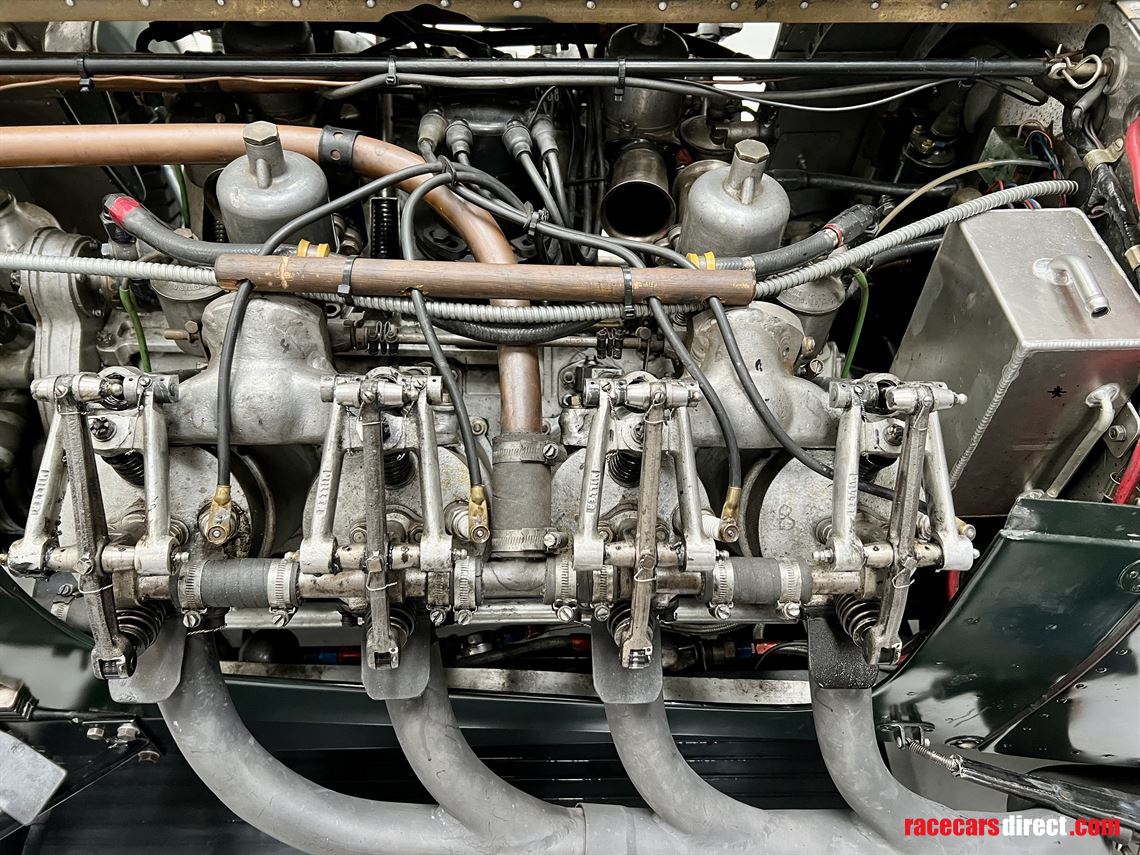 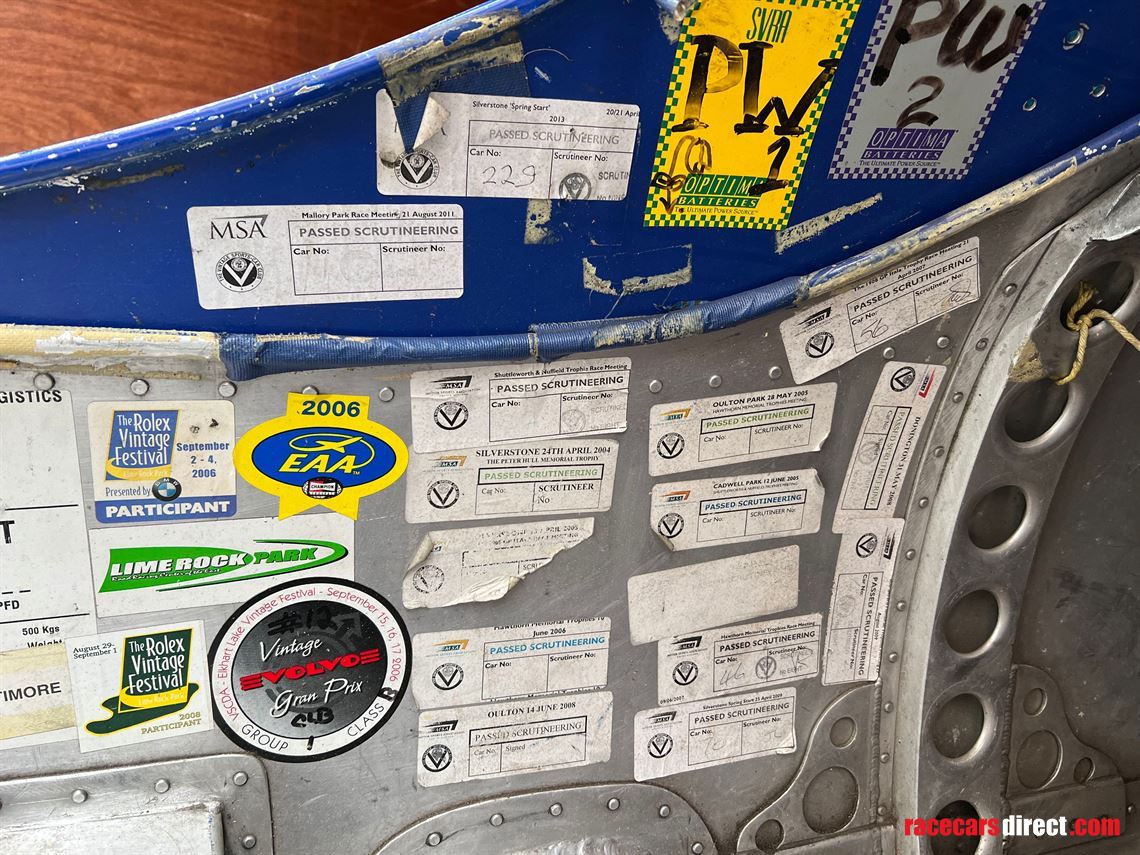 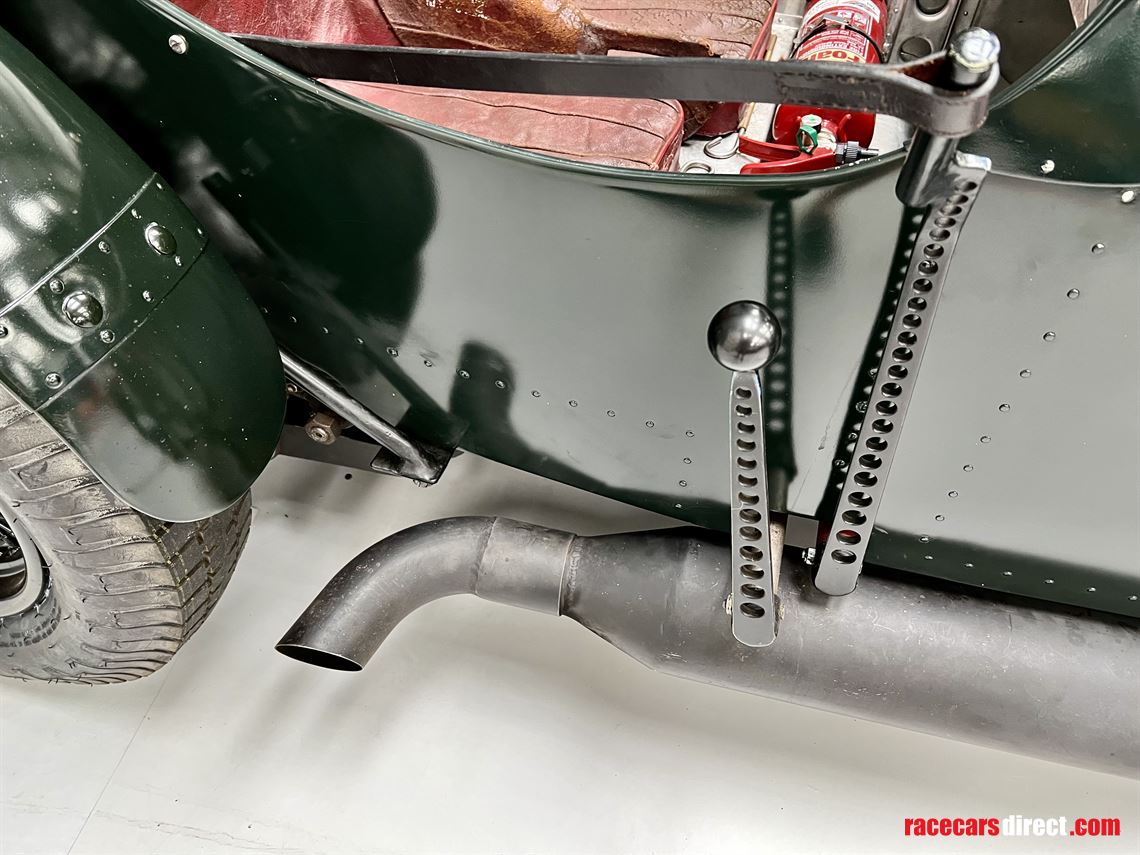 As the current custodian points out: “It’s not only the grin when driving this fabulous machine but being intoxicated both visually and audibly by the sight of this great aero engine working and thundering away making sure every head is turned to see what is coming. The thrill of engaging the chain drive all steered by the huge period steering wheel makes the drive a complete pleasure.”

Created in 2000-2004 by Roger Sweet, a former Formula 2 race driver and RAF pilot. Roger commissioned Stuart Roach of Roach Manufacturing Ltd (www.roachmanufacturing.com) to finalise the design and create the bespoke coachwork for his self-designed body. Stuart is recognised as one of the foremost manufacturers of specialist coachwork and fabrications. Roger called his car Franziss (a contraction of Frazer-Nash-Curtiss).

The Curtiss OX-5 was the most important and successful American aero engine of the First World War. It was the first mass-produced aircraft engine in the United States which came available in 1915 and used in various capacities through the War. More than 8,000 Curtiss powered OX-5 ‘Jenny’ biplanes were delivered. The engine was a water-cooled, 503 cubic-inch (8.2 litre) unit weighing 390 pounds (177 kg) and was capable of producing 90 horsepower. The exposed rockers are a distinctive feature allowing for the components to be observed while the engine is running and this car is also equipped with the desirable miller roller rocker conversion. Mark Walker, UK OX-5 expert and successful aero engined racing car builder and driver states: “A lovely engine – dead reliable, beautifully made and bloody quick.”

The car is superbly engineered and has featured at VSCC events in the UK since its debut at Silverstone in April 2004. From 2004 to 2013, Roger raced his Franziss not only in the UK (Mallory Park, Oulton Park, etc.), but also in the US, at Watkins Glen, Lime Rock Historics and Elkhart Lake, as well as in France. He was recognised and the car was loved wherever he raced. He continued to improve the car mechanically and technically during his custodianship.

The next custodian was the VOLANTE Collection in Germany. The history folders with the car include all the original documents, including design drawings, manuals and handwritten notes. The new owner decided to design another body for the car and again commissioned Stuart Roach to undertake the coach-building. Stuart’s statement: “This car is a weapon to drive with grin-inducing oversteer at every prod of the throttle.”

In April 2019, the CFN was purchased by the current owner and repatriated to the UK to join a collection of other pre-war automobiles. The car was recommissioned by Simon Blakeney-Edwards (www.edwardsmotorsport.co.uk), who not only prepares cars, but is also a Director of the VSCC and a scrutineer. The following work has been completed, in addition to much other preparation work to obtain VSCC eligibility:

The current owner also has a complete spare Curtiss engine that would be available by separate negotiation.

The CFN benefits from VSCC eligibility as a race car, which was issued for the current owner in September 2019.

This automobile is a unique creation. Not many cars have been fitted with an 8.2 litre Curtiss airplane engine. The CFN is a beautifully engineered jewel of the highest quality. It has been shown at historic events and has taken part in vintage races in which it has proven its potential and its reliability.

The CFN is now ready to return to the racetrack and is accepted by the VSCC for competition.

One of the finest British sports cars of the early 1950s, one of ten Targa Florio Mk1s produced. Best car trailer on the market - made to your needs!

A most exclusive sportscar, perfectly suited for Targa Florio or Gran Premio Nuvolari. 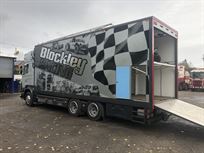