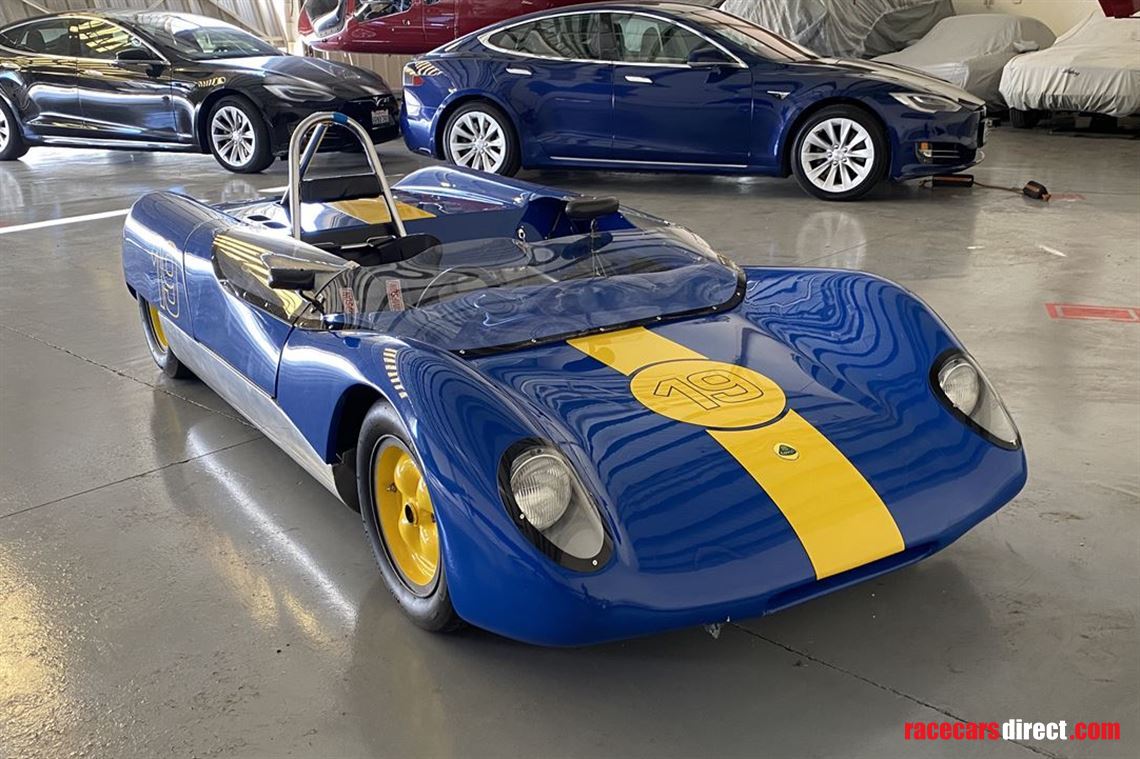 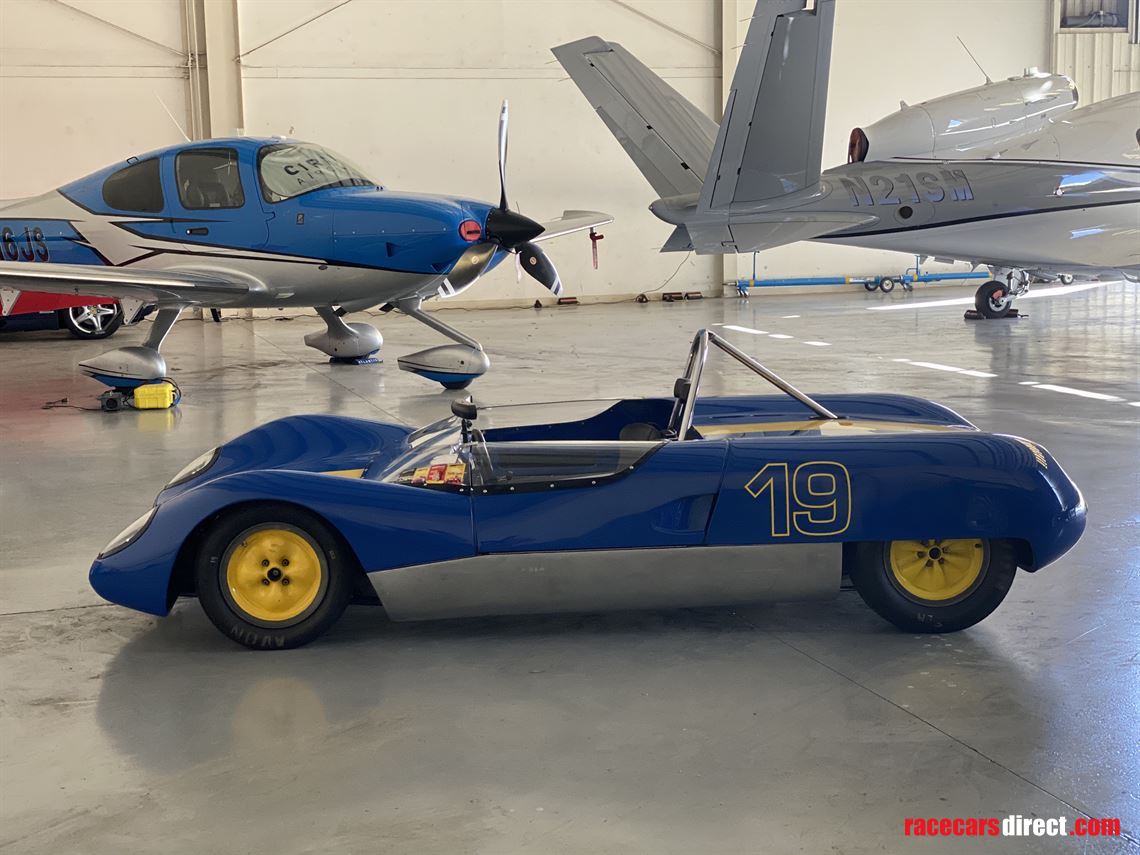 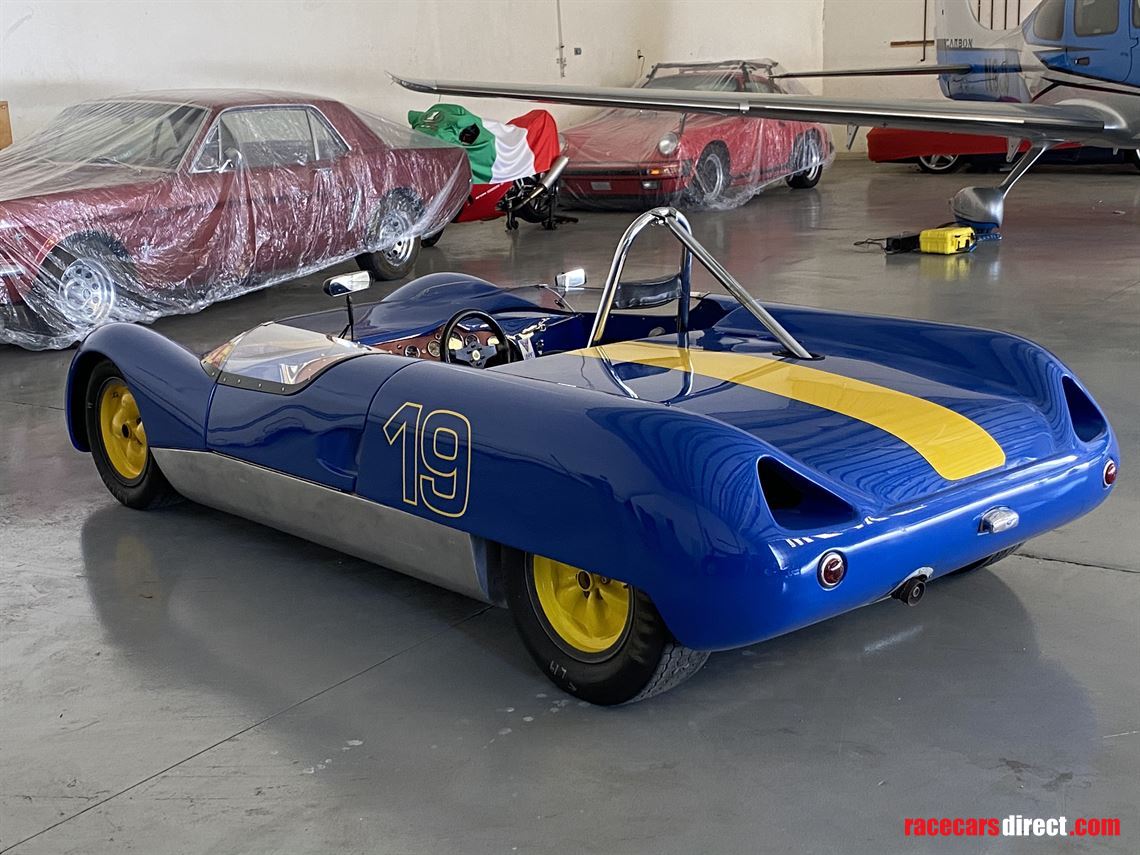 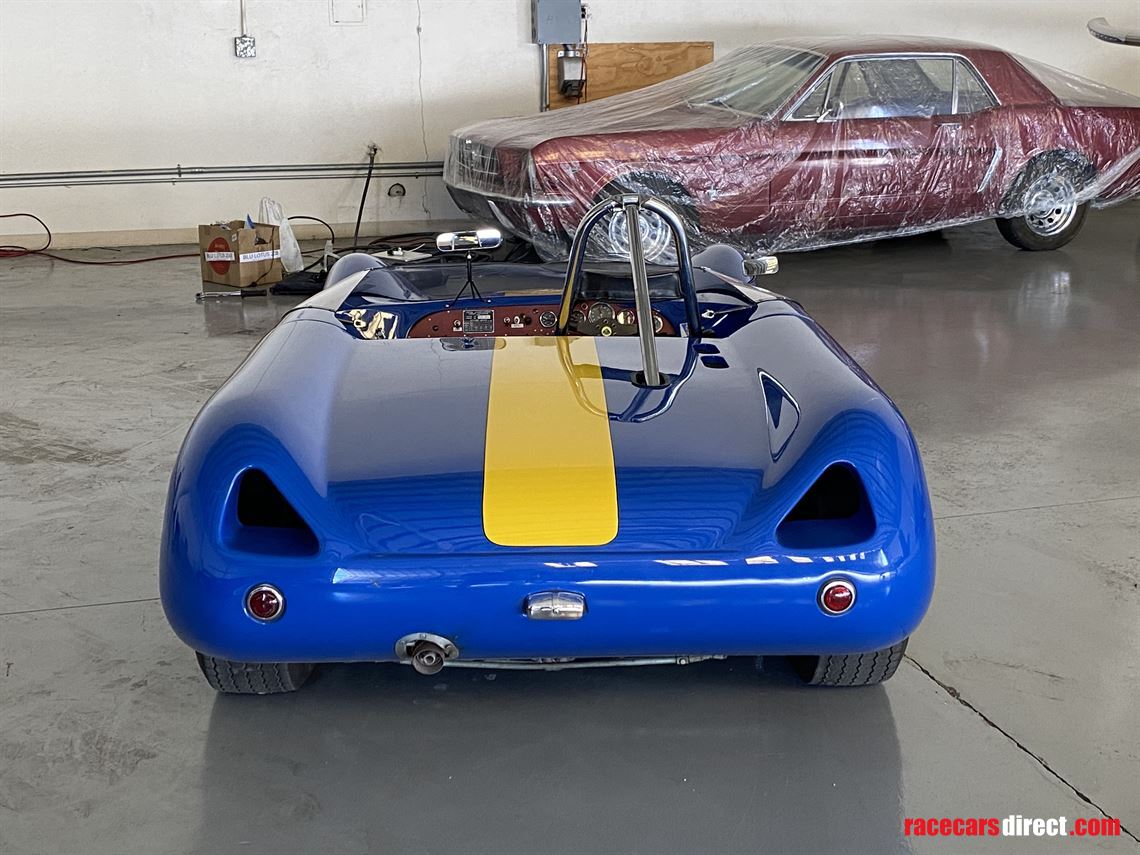 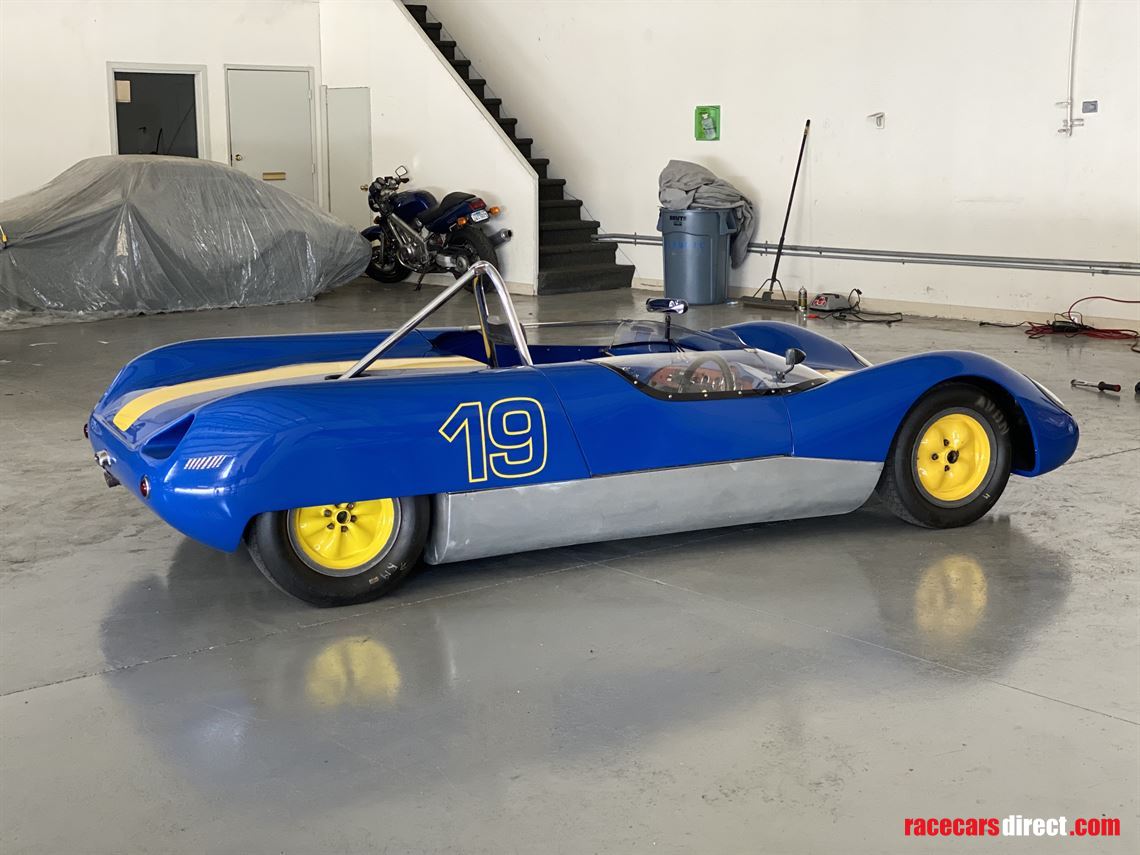 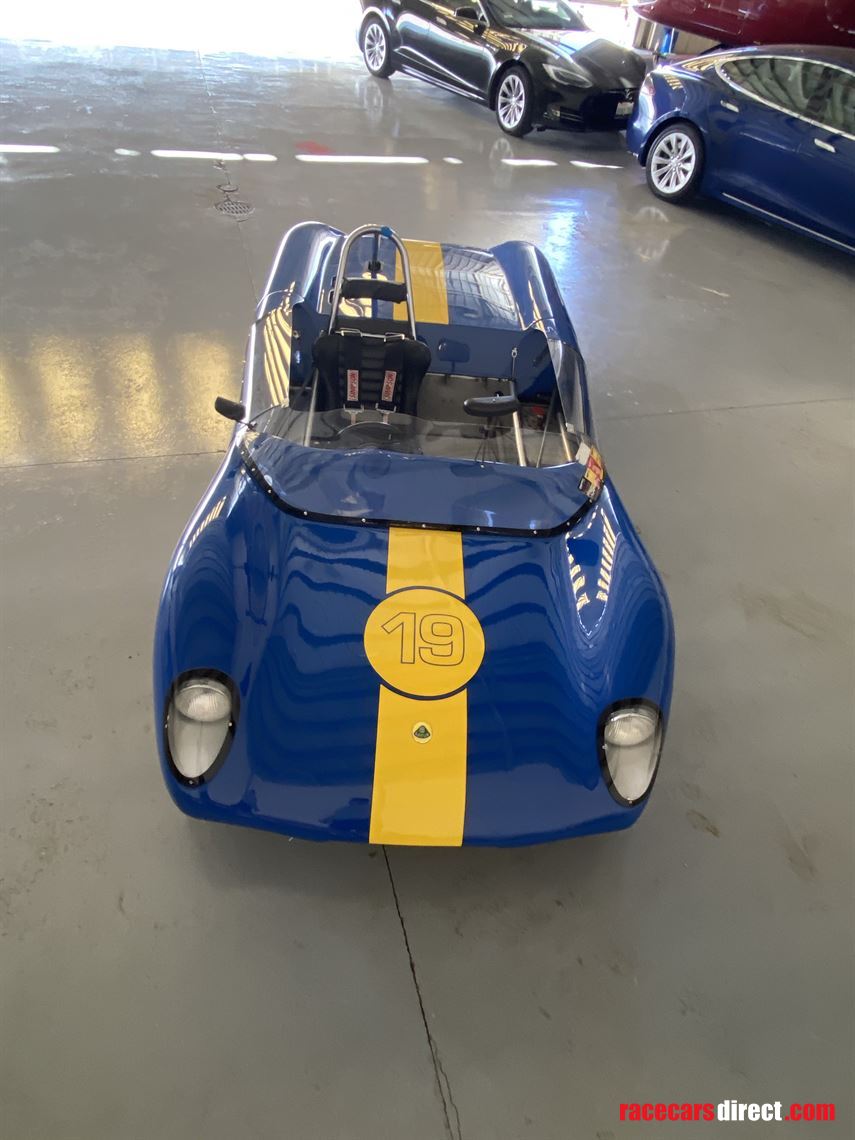 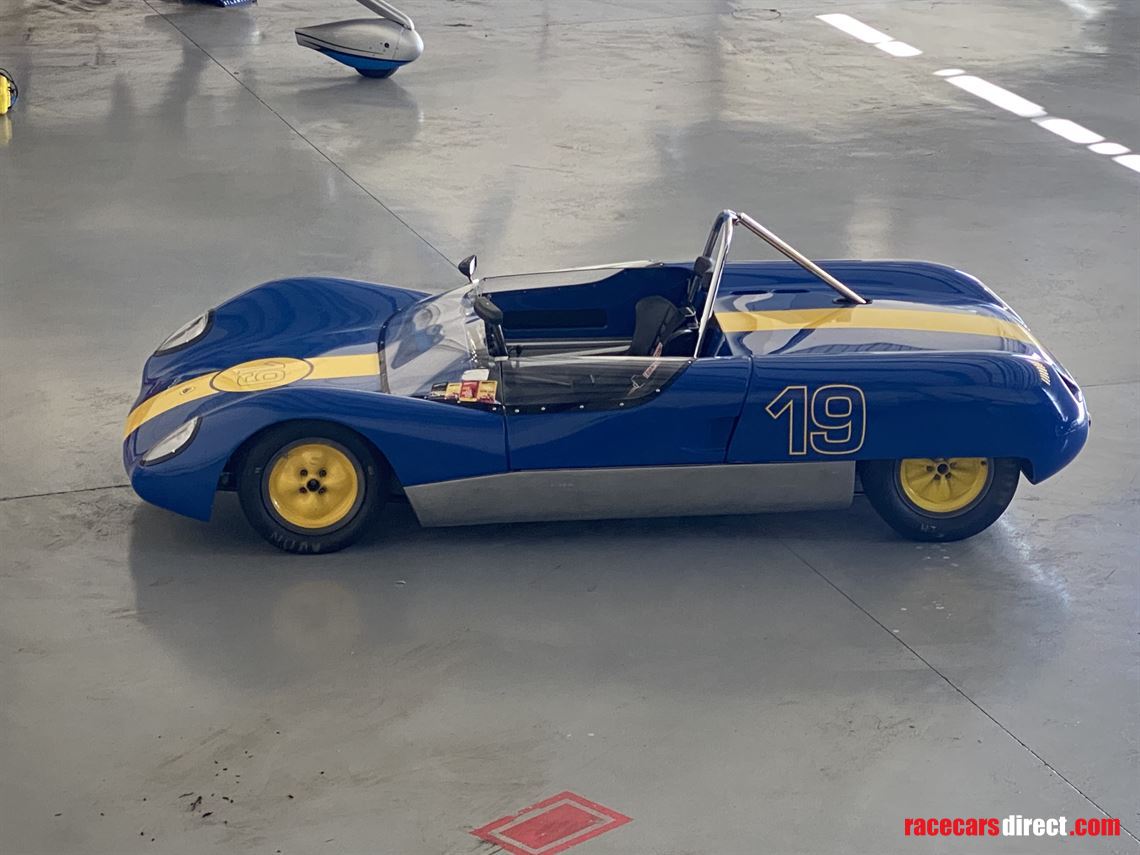 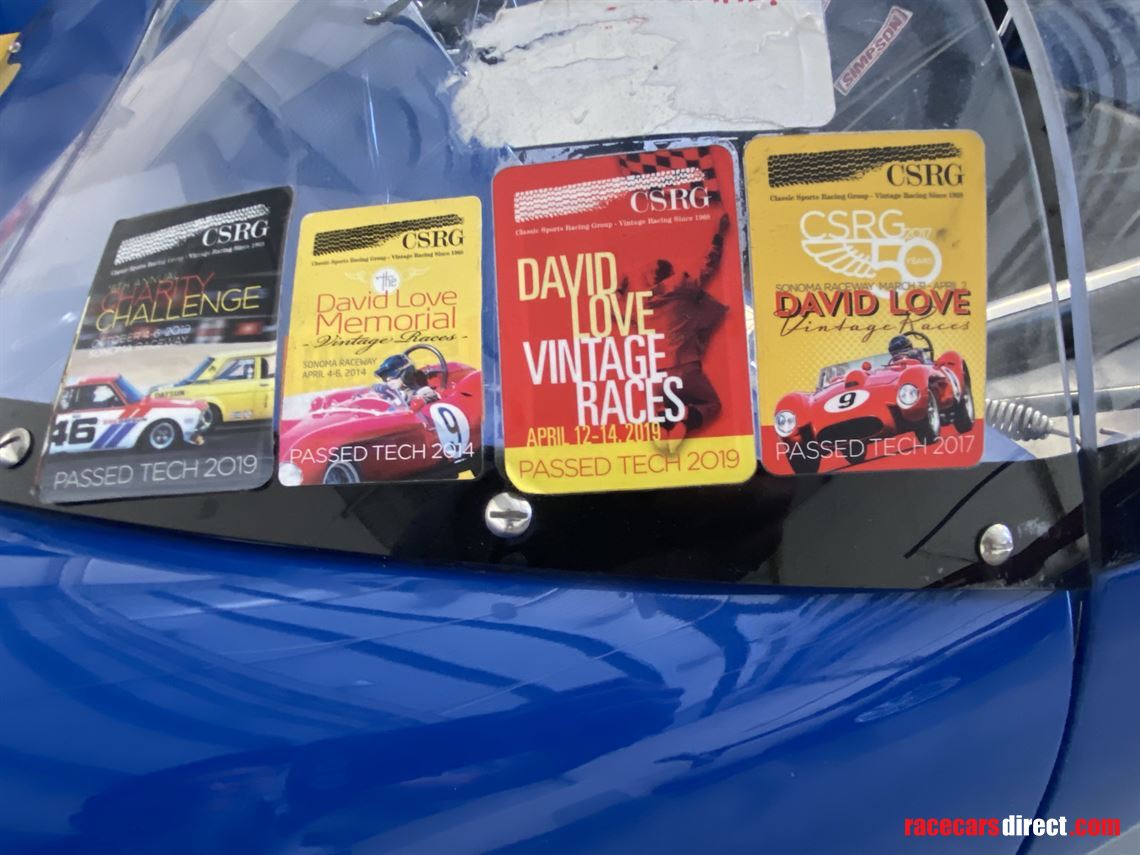 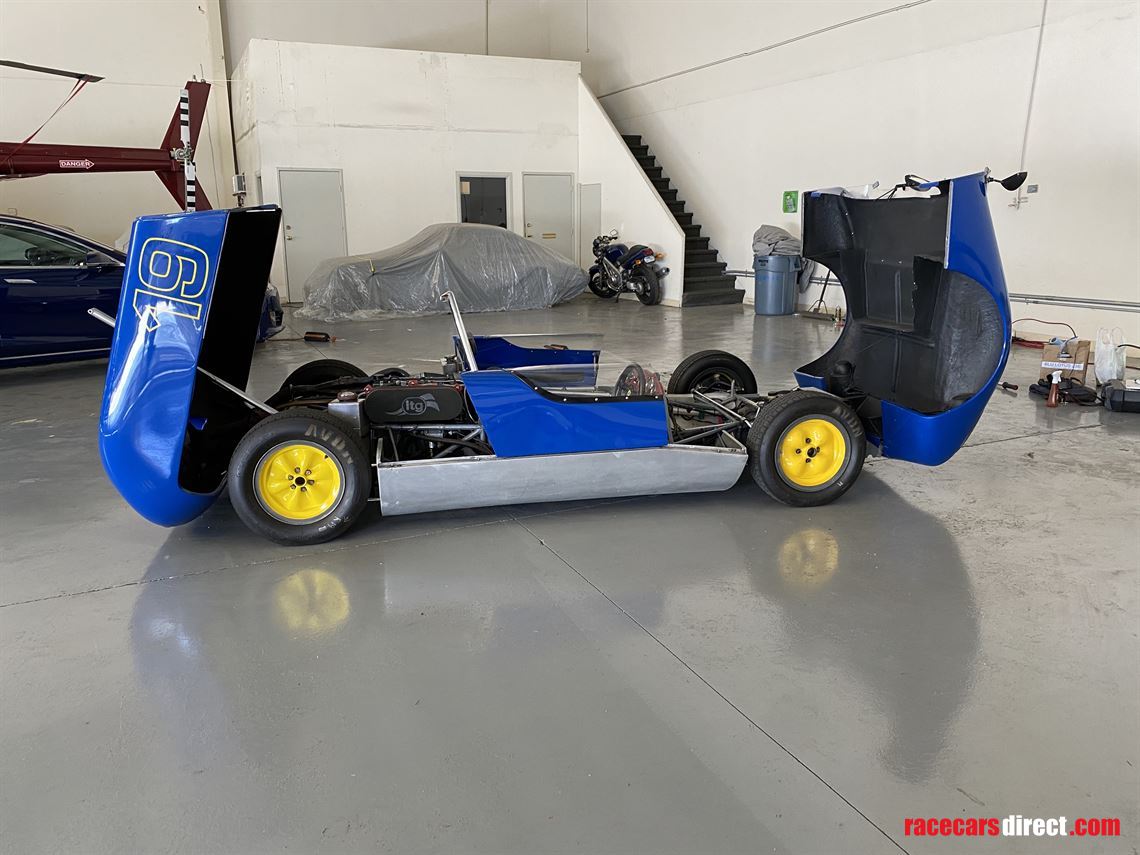 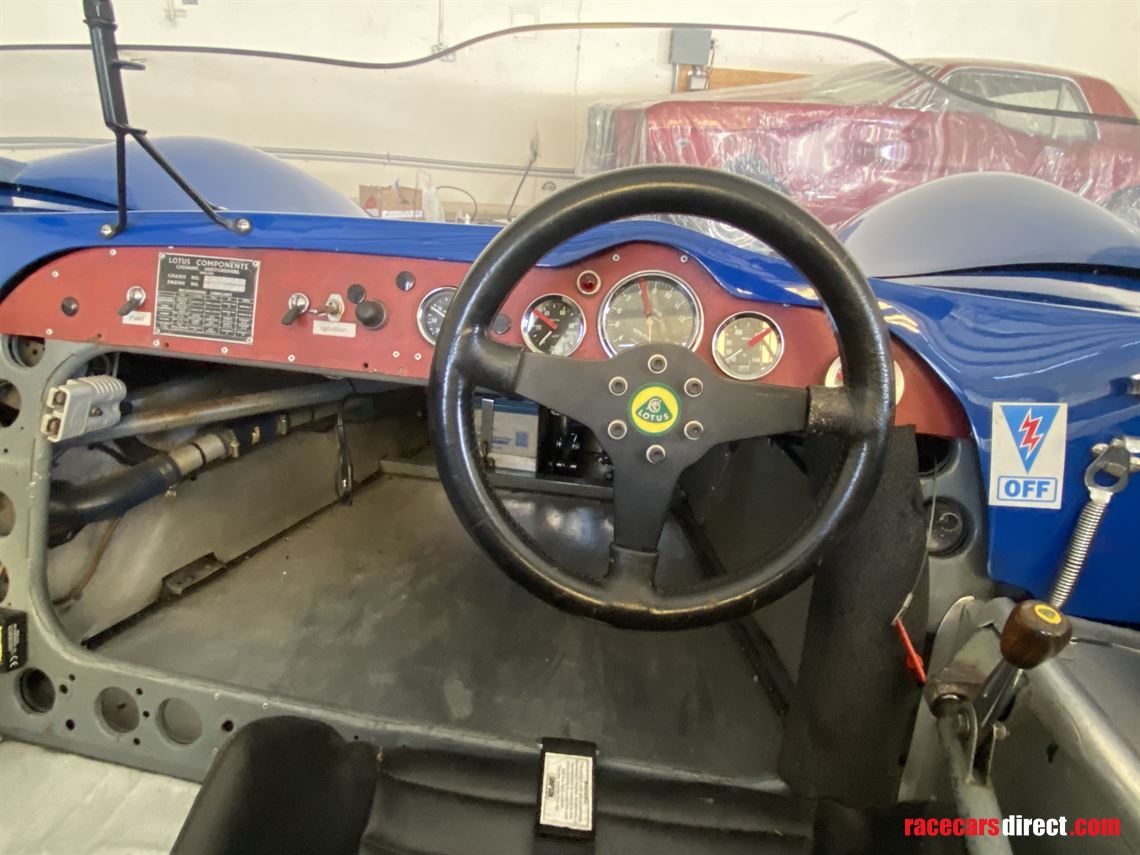 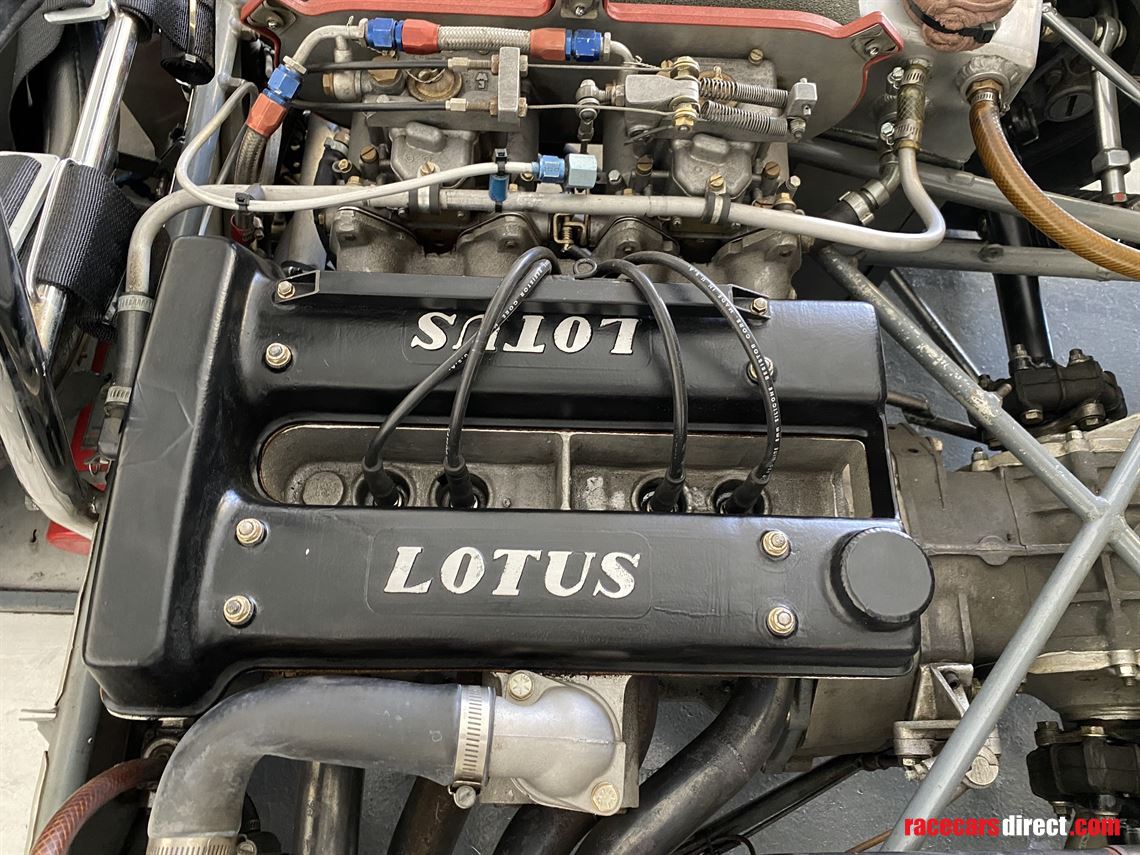 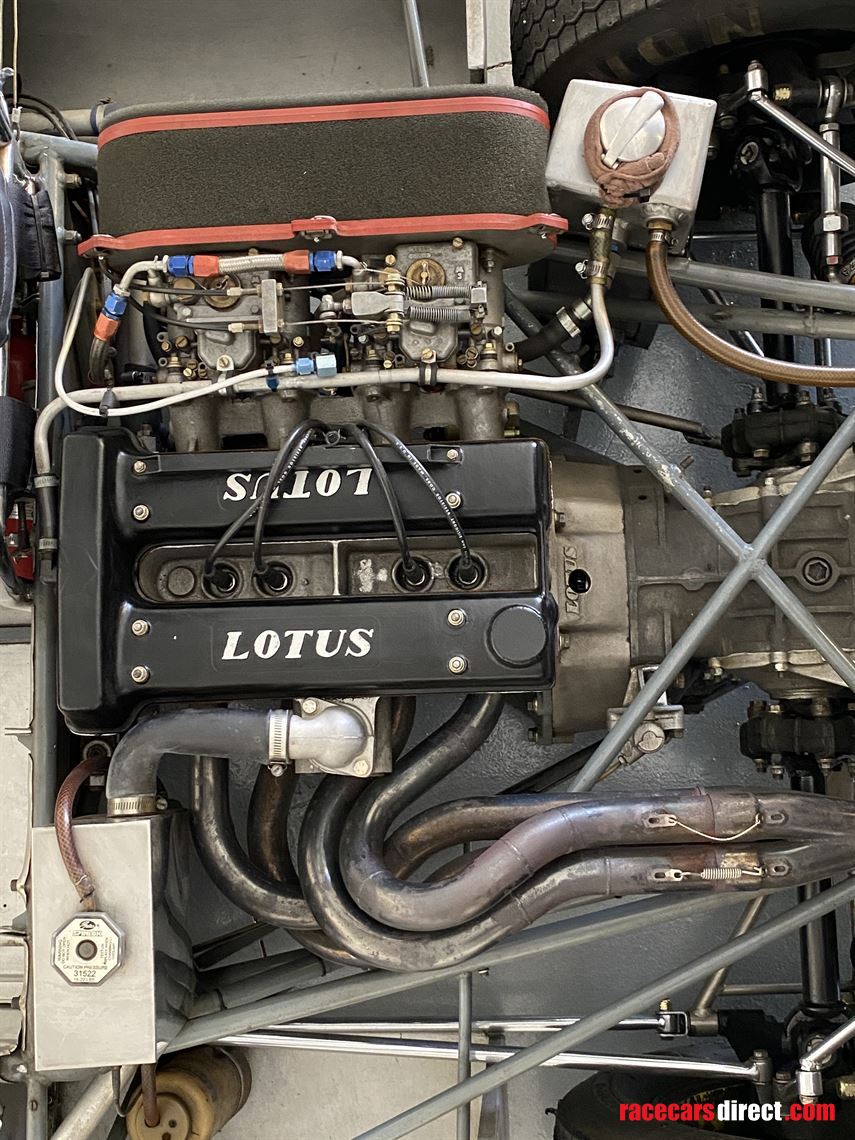 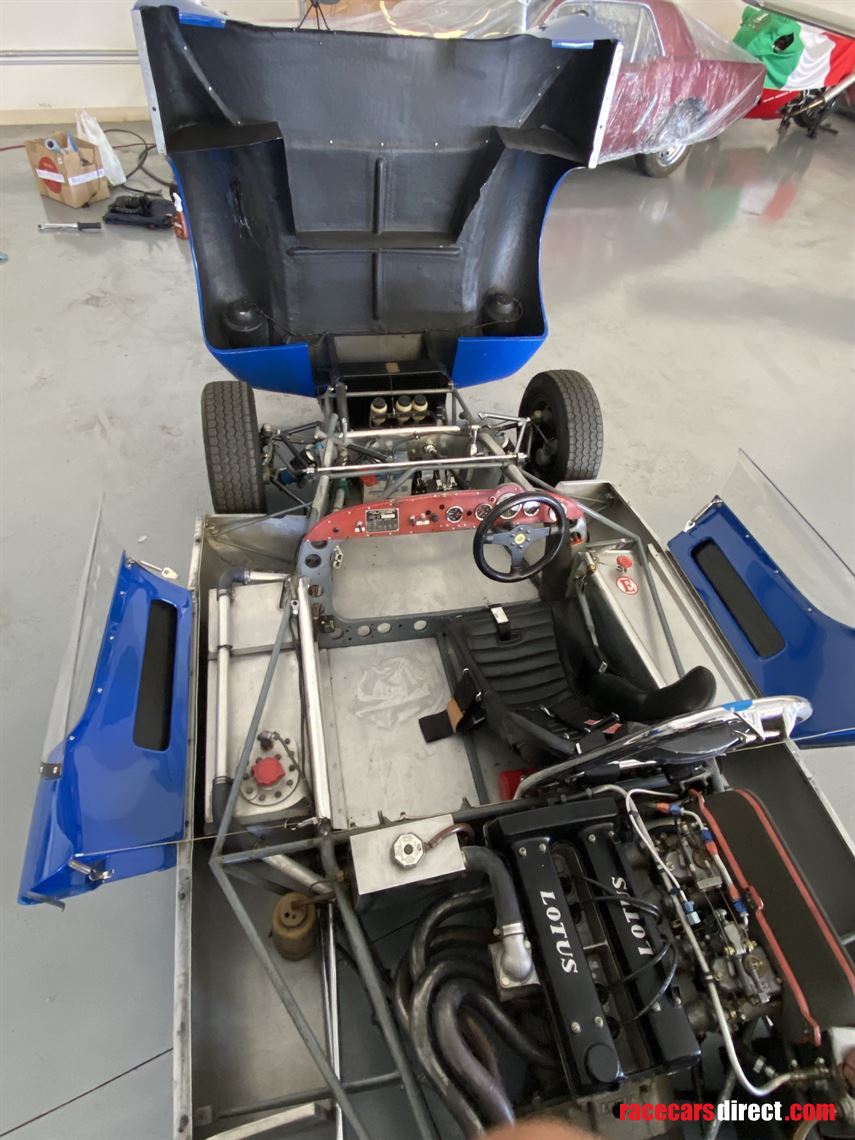 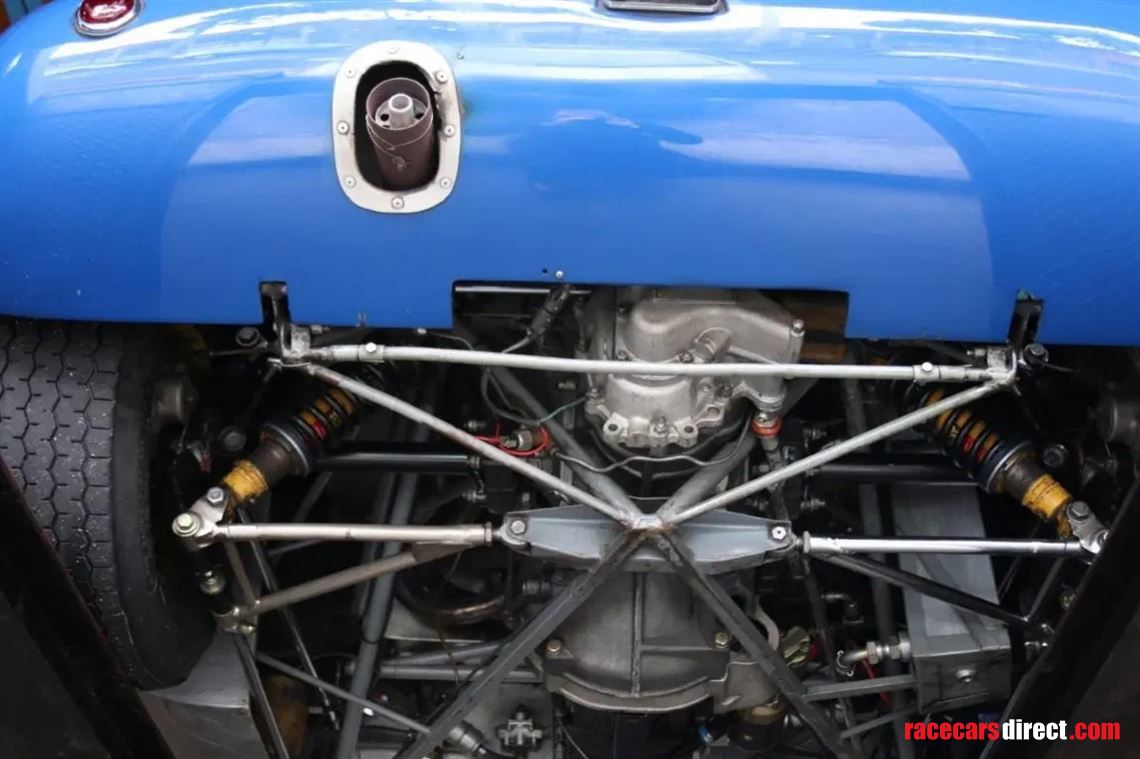 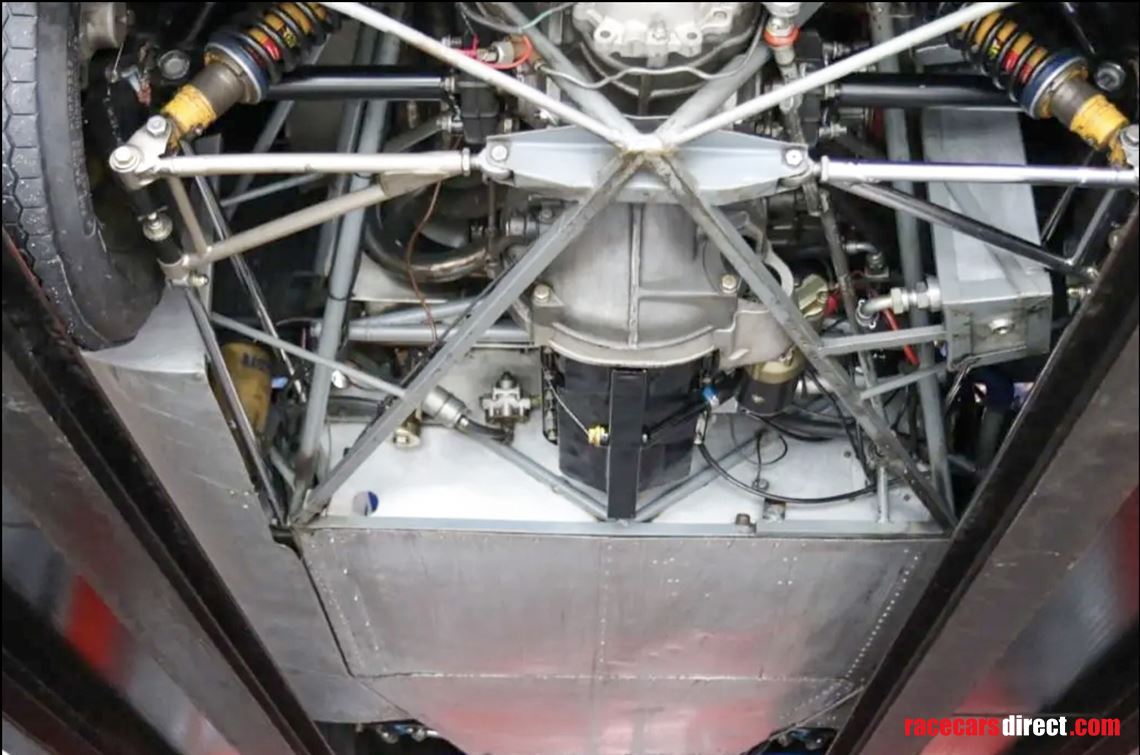 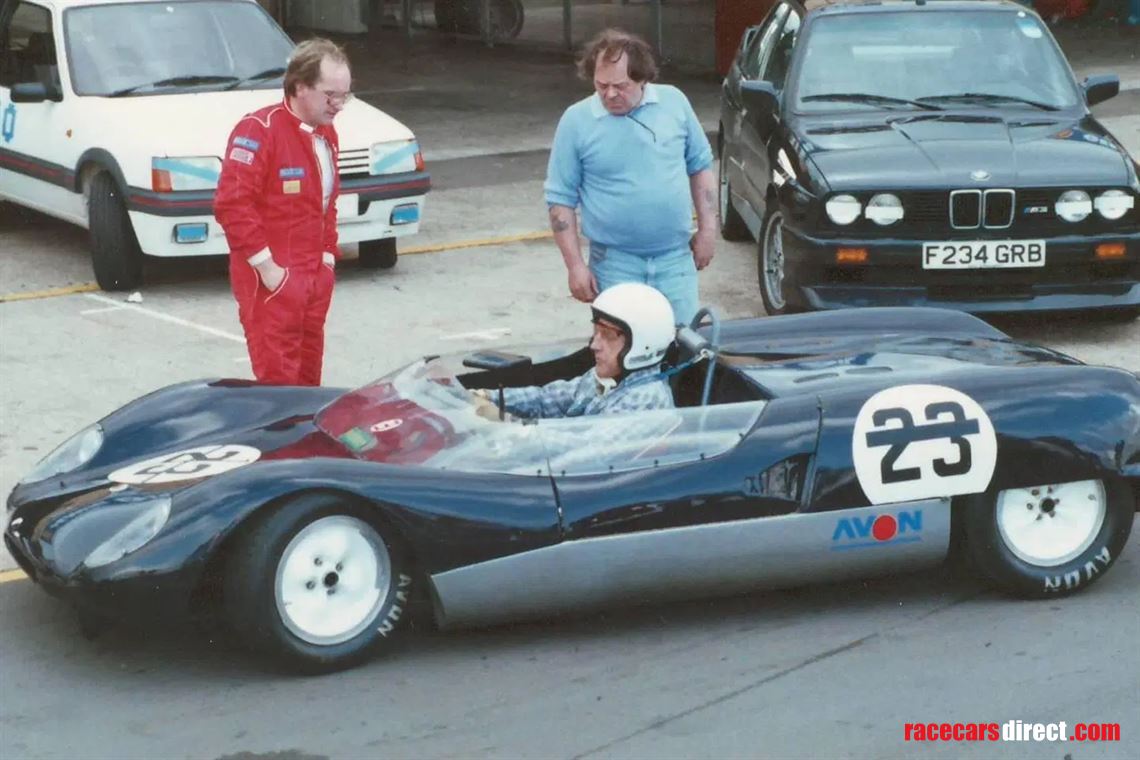 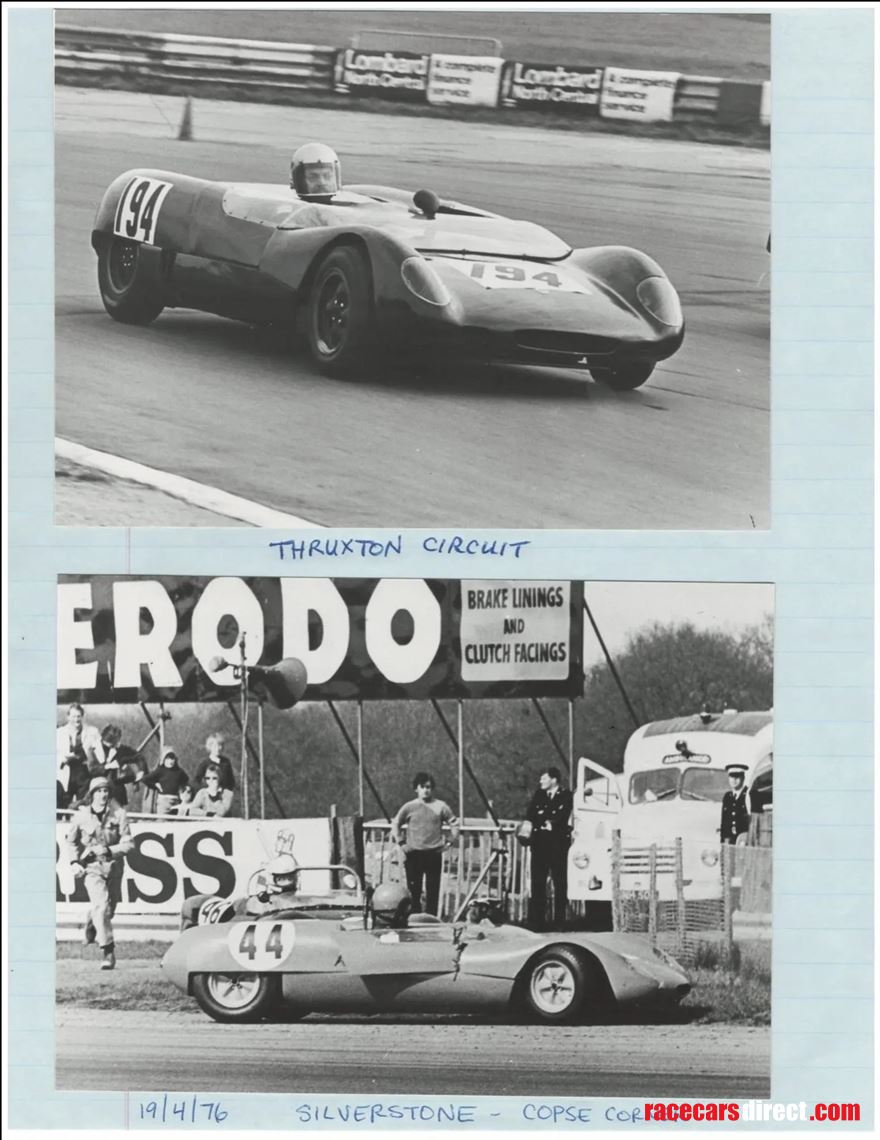 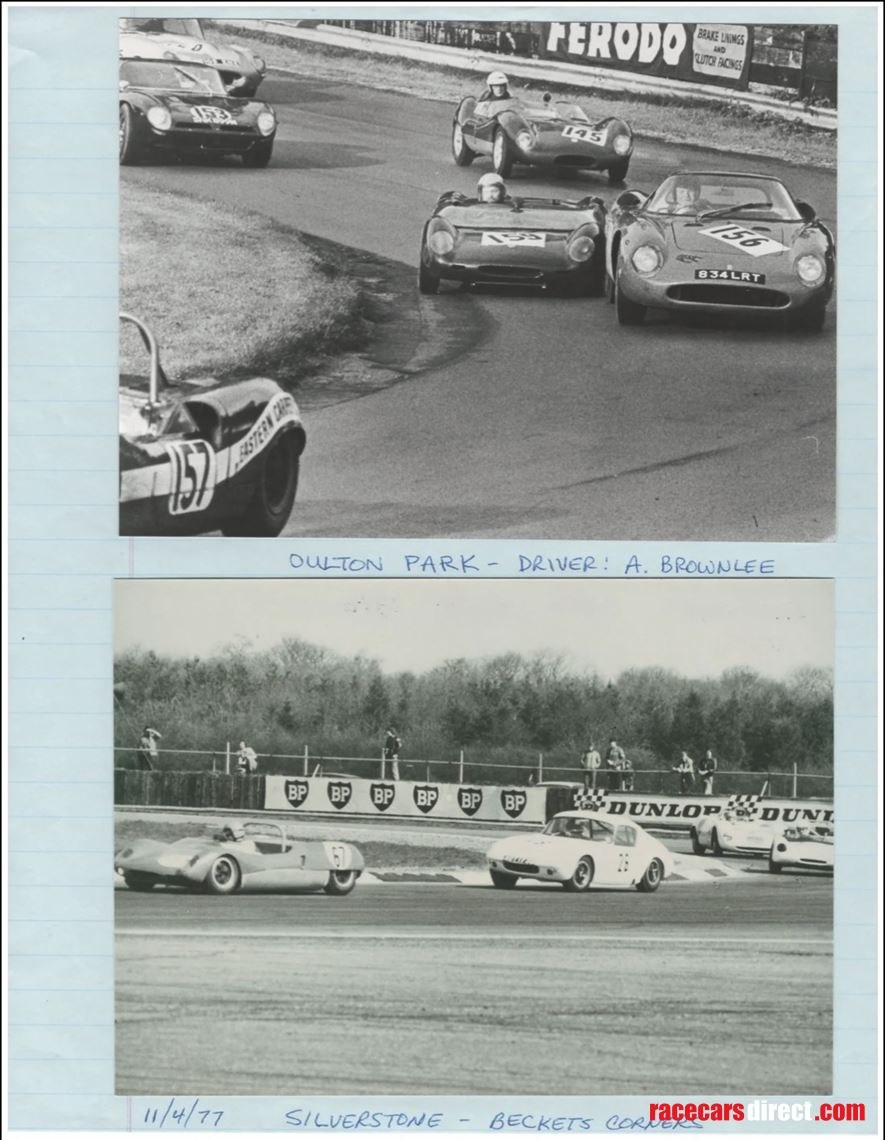 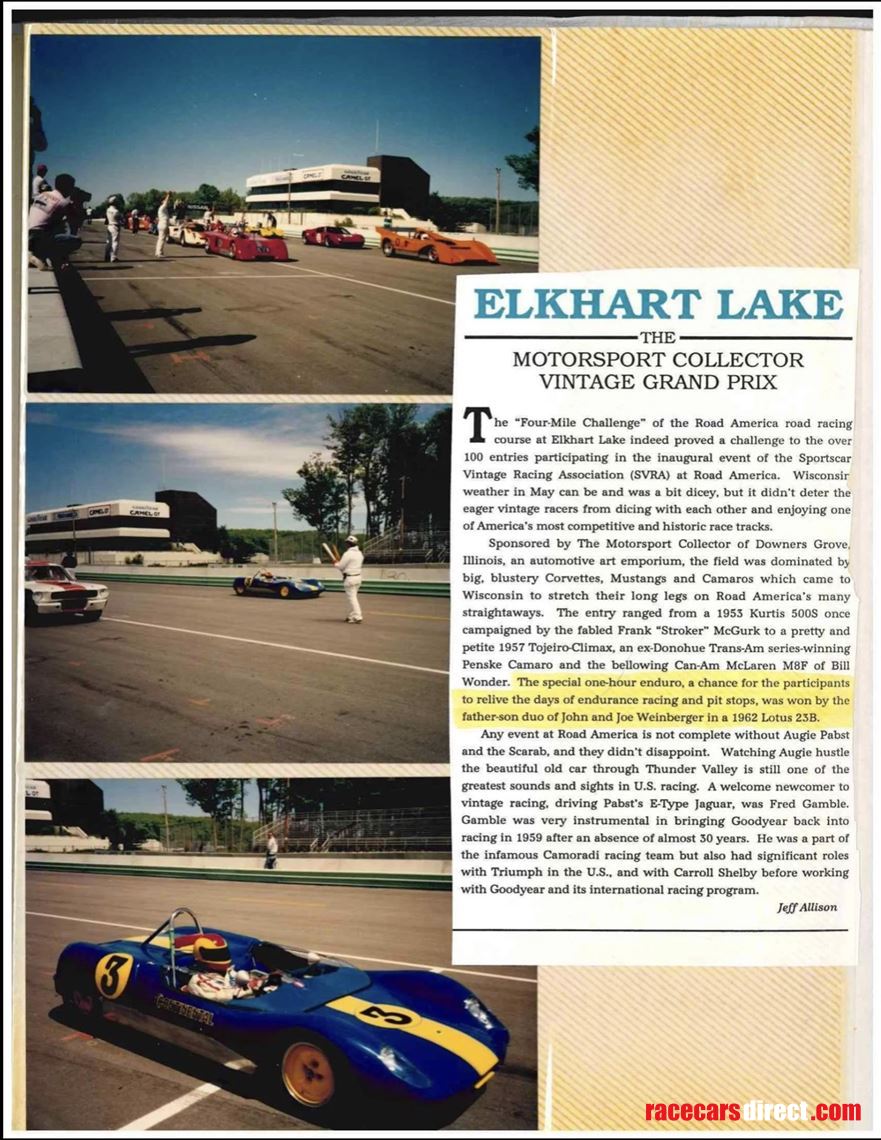 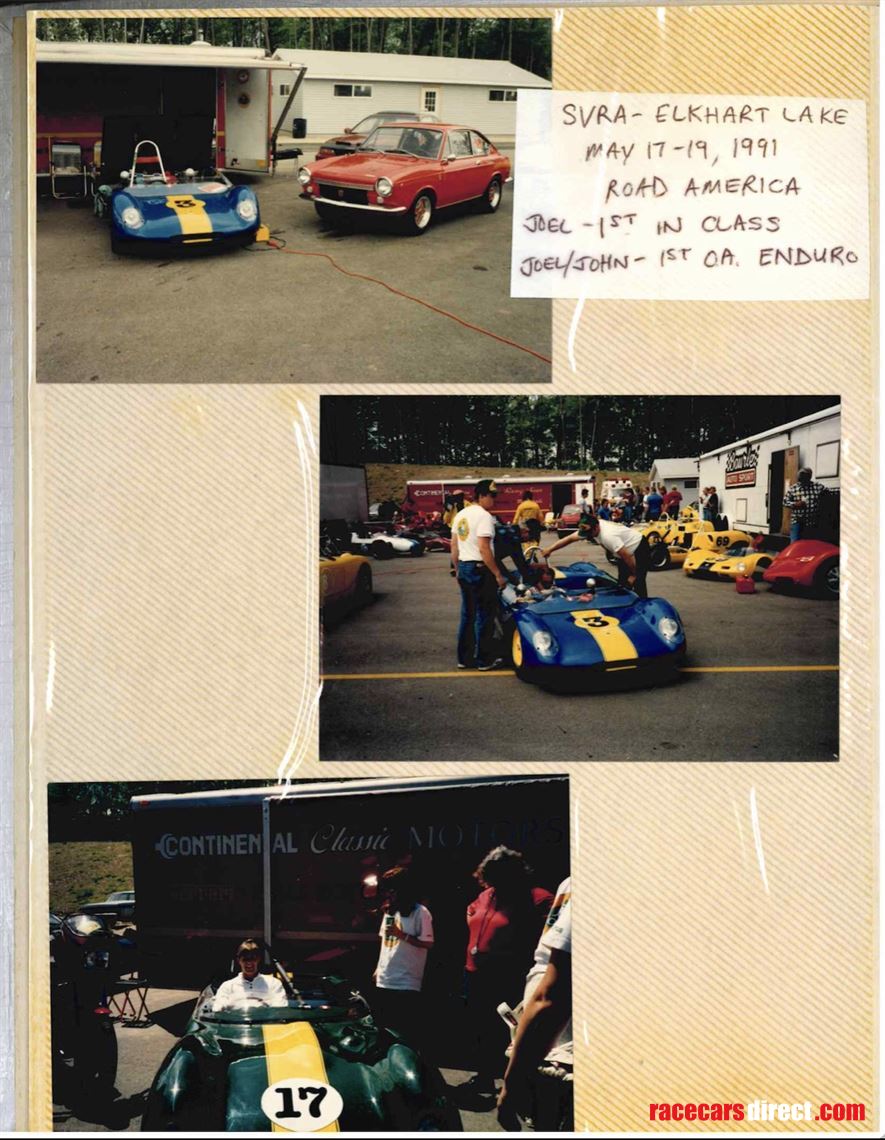 This 1963 Lotus 23B is one of approximately 130 type 23 sports racing cars built by the British manufacturer between 1962 and 1964.  Chassis 64/206 was owned and raced in the mid-1970s by noted Lotus enthusiast Alan Brownlee in the UK and was purchased on behalf of its next owner in 1979 by Lotus historian Peter Denty.  After changing hands again in 1981, the car underwent a lengthy restoration by Ray Concar with input from Denty.  The car remained in Europe until being acquired in 1989 by Chicago enthusiast, John Weinberger, owner of Continental Autosports which was a Lotus dealer at the time of purchase. Weinberger owned and raced the car until selling in 1991 to Bay Area vintage racer Michael Callaham.  Callaham owned the car for nearly 30 years racing at some of the most notable racetracks and vintage events as evidenced by the CSRG and HMSA logbooks accompanying the car.  In 2020 Callaham retired from vintage racing and the car was purchased by its current owner.

In 1992, Peter Denty was contacted to confirm the history behind this car. Among the voluminous documents accompanying the car, a letter signed by Denty, dated May 7, 1990, confirms his purchase of the car in 1981 referencing the unusual identification number, but confirming the history back to his specific knowledge of the car owned by Alan Brownlee in the early 1970s.  Additional photos on file with the car show it at Silverstone and other racetracks in the United Kingdom, dated 1973 and 1976.

Among the copious reference materials included with the car are several handwritten pages of notes tracing the previous owners back to Brian Baker of England who purchased the car in the mid/late 1960’s.  Also included is a letter from Peter Bennett of Cheshire Classics, dated 1989, commenting on Alan Brownlee’s earlier ownership and telling the story of a test session at Silverstone where Stirling Moss drove this car on the full Grand Prix circuit with a time of 1.52.  Bennett writes, “knocking 3 seconds off my best time”.  Included in the documentation are a few photos of Moss in the car with the owner leaning over to speak with him.

Bennett also confirmed by letter that Denty himself had aided and advised the restoration of the car stating it was among the best and most original Lotus 23’s he’d seen. Documentation of the car continues with numerous photos showing a range of livery over the history of races, multiple logbooks, FIA papers, results sheets, letters, invoices, and reference materials that stack up to over 10” thick when sorted for filing.

In 2016 a Dave Vegher built (Veloce Motors West) engine was installed.  The 1.6-liter inline-four features dual Weber carburetors, a Kent block with new pistons, main and rod bearings, and piston rings.  Custom exhaust headers were also added, and additional work included repairing the radiator and rebuilding the Girling brake master cylinder.  A dynamometer sheet from 2016 displays a peak output of 194.3 horsepower at 7,900 rpm and peak torque of 139.9 lb-ft at 6,800 rpm.  Roughly 8-10 hours have been run on the engine since the rebuild.

Since purchasing this Lotus in 2020, the current owner had the car thoroughly inspected and prepped for racing.  Work has been done by vintage race car specialist Graham Collins of Collins Racing Services and includes a new clutch, new front axles, universal joints and sealed bearings as well as numerous smaller components all detailed in the included invoices.  The car was entered to race in 2021 at the Monterey Motorsports Reunion, but due to a move overseas the owner was unable to attend.

The clean and well-presented lines and finish of the exterior continue to the interior of the car. The cockpit is tidy and properly sorted with the correct Smiths instrumentation.  The 5-point belts are dated to June 2021 and will have to be replaced by the new owner. The suitably trimmed and contoured black vinyl driver’s seat is surrounded by raw aluminum central tub construction and hinge-out door panels. Instrumentation is clear and functional, again in keeping with quality racing cosmetics.

The car is accompanied by an extra set of yellow wobbly-web wheels, dyno sheets with stats on the 2016 rebuild, records showing the most recent service and repairs, tech inspection logbooks, and an astounding file of documents, photos, letters and notes on the history.
​
This Lotus 23B presents an excellent opportunity to acquire a turnkey example of a nicely finished and professionally prepared racecar, ready for historic competition.  Lotus racecars offer significant opportunities for enthusiasts to enjoy club events, historic racing, and a supportive technical community of like-minded enthusiasts. This Lotus 23B further represents an ideal historic entry to many premier North American & international events, providing years of exciting driving and enjoyable ownership for the next fortunate participant.

The car is stored with my race mechanic in Santa Ana, Californa.

*MORE PHOTOS, VIDEOS, INVOICES, RECORDS AND LETTERS FROM PRIOR OWNERS CAN BE SEEN AT  https://1963lotus23b.weebly.com

A stunning 23B, superbly restored and ready to go.

An iconic integral Delta, with a 16-valve engine, strictly derived from the road car