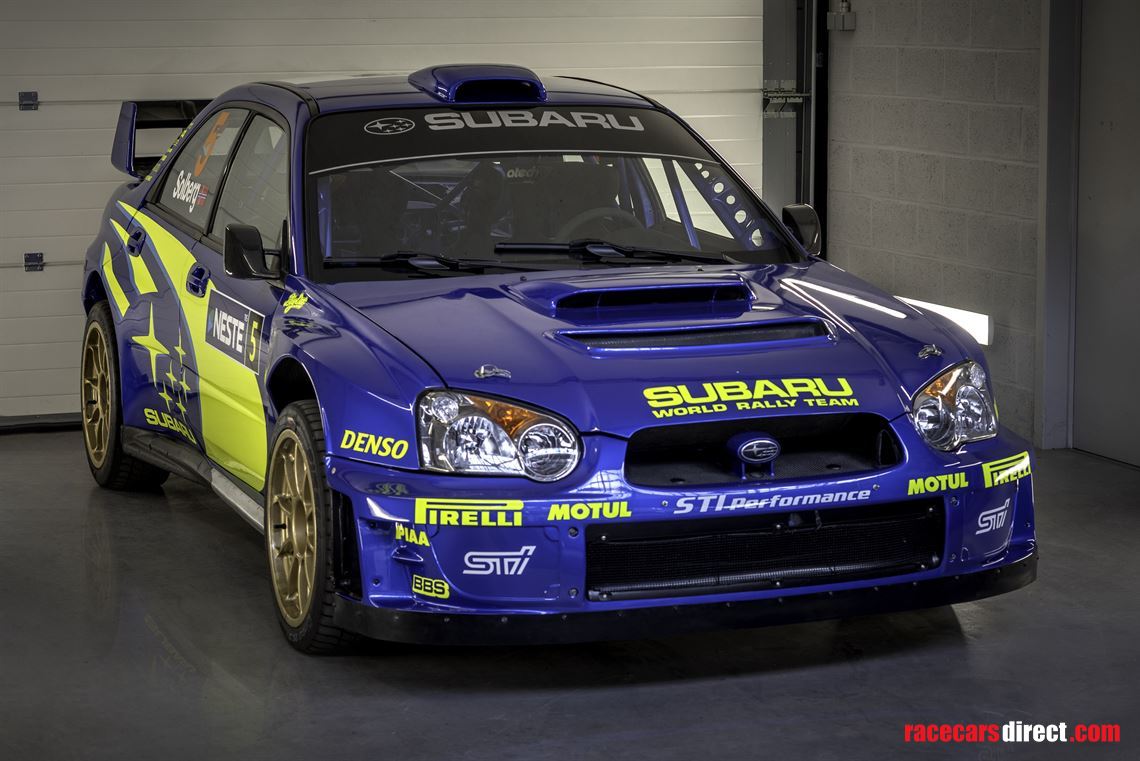 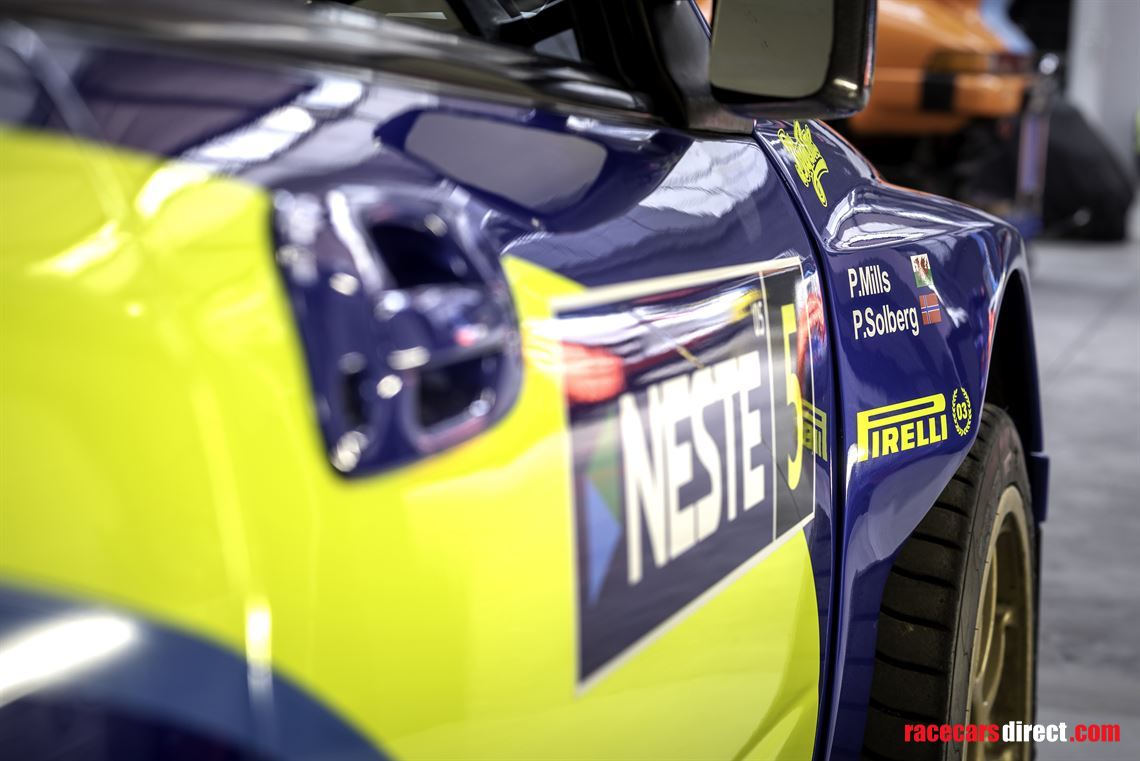 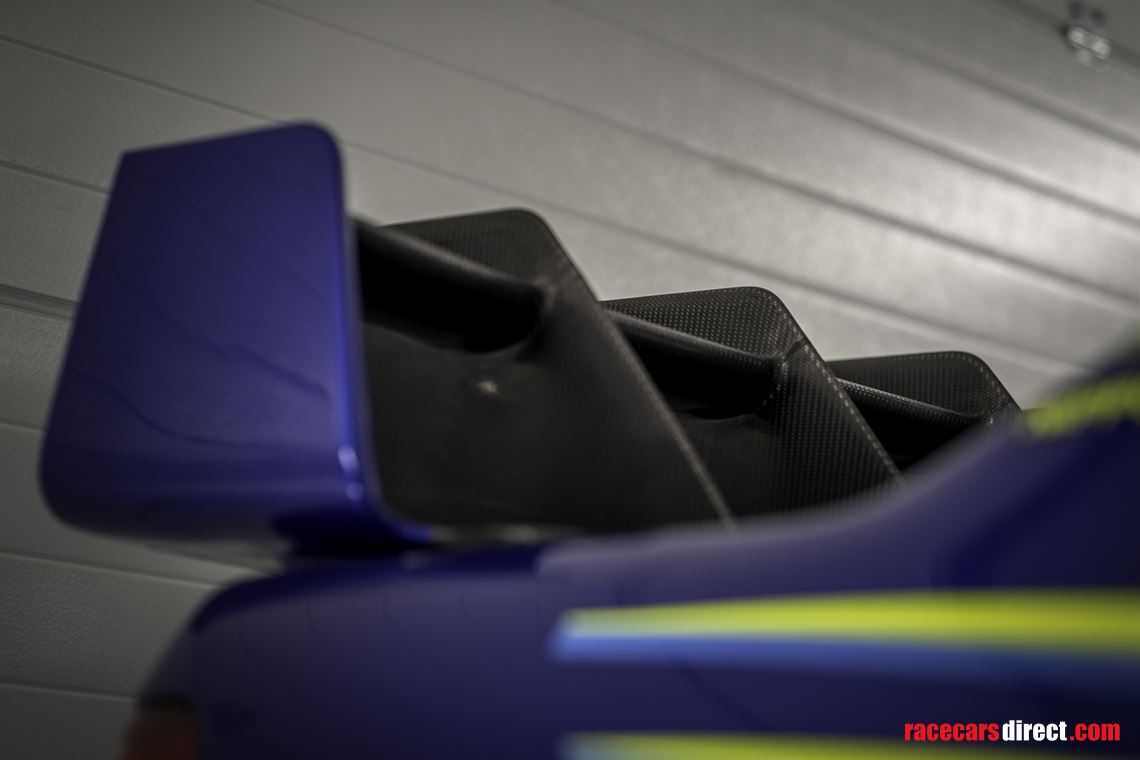 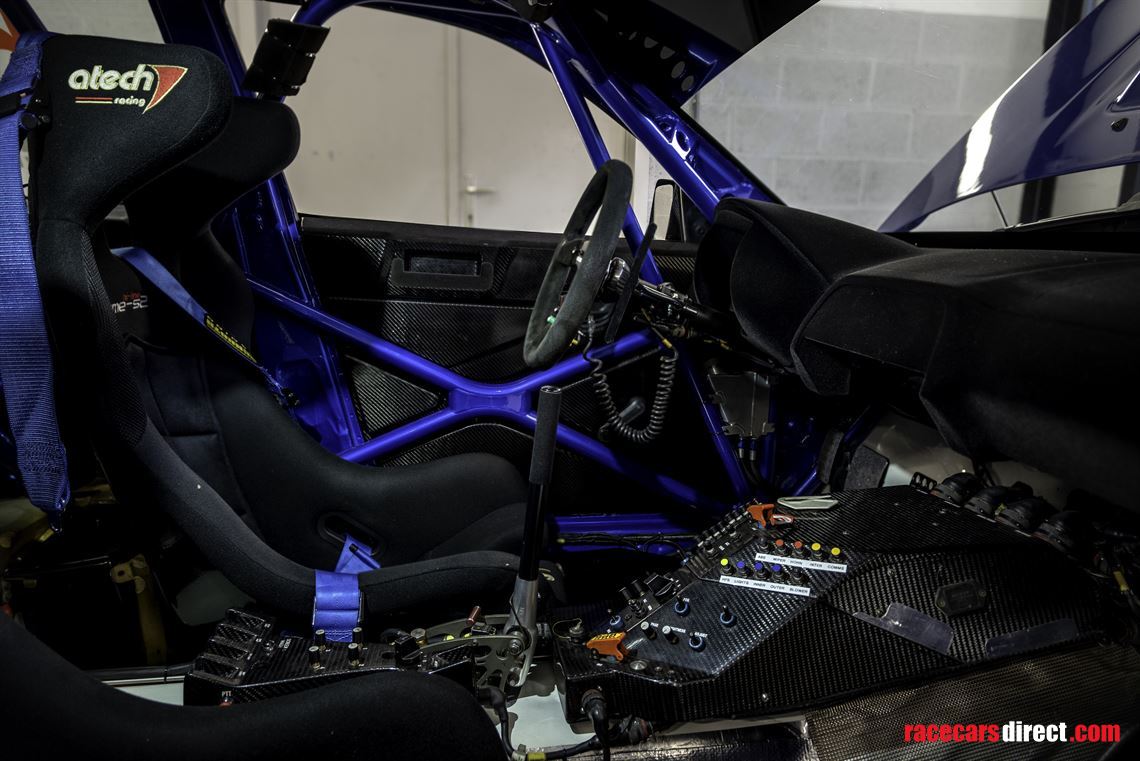 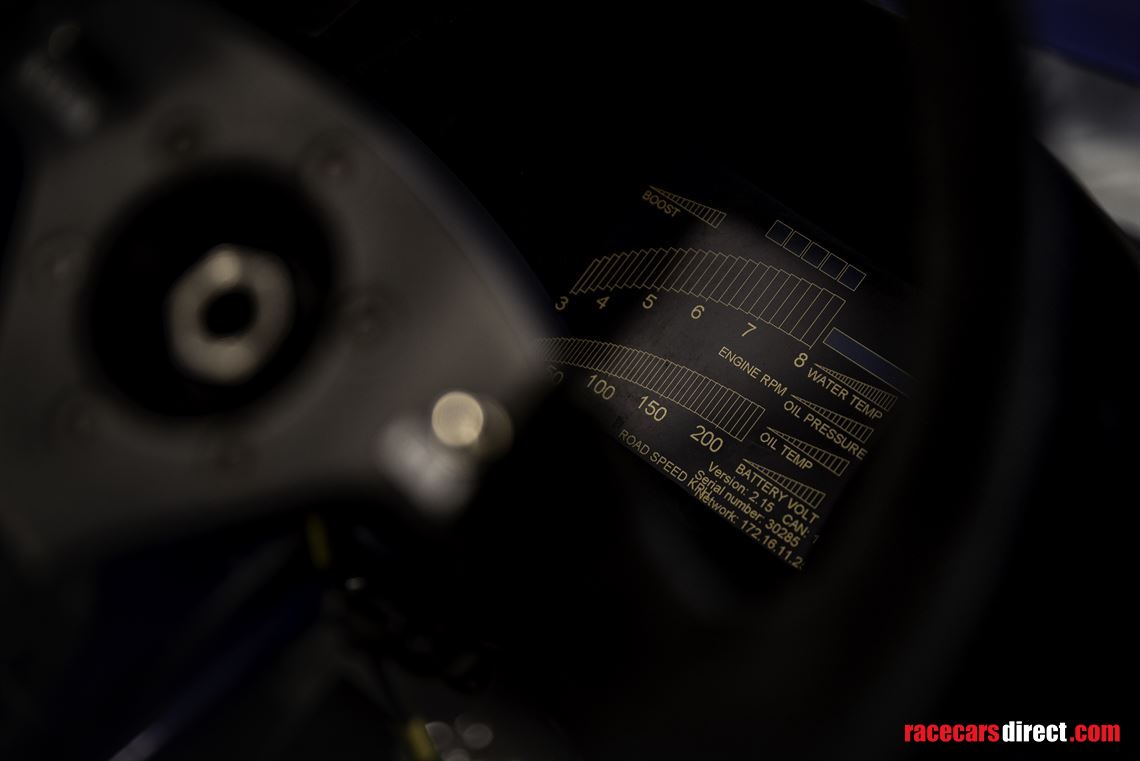 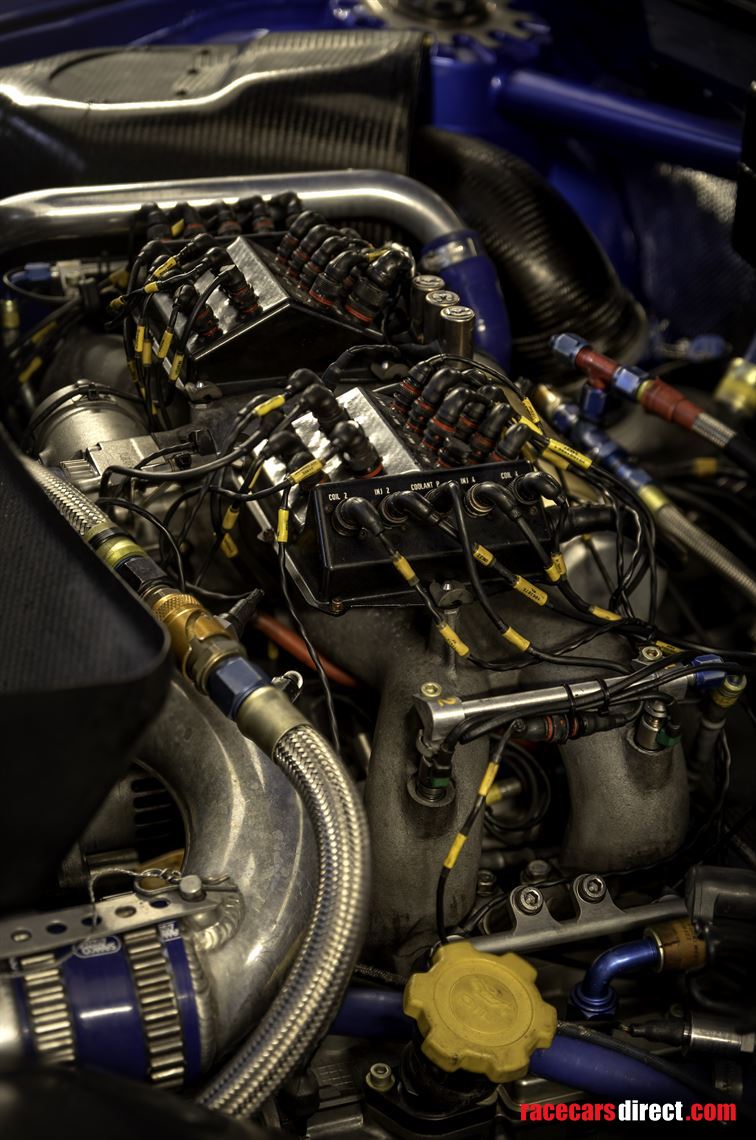 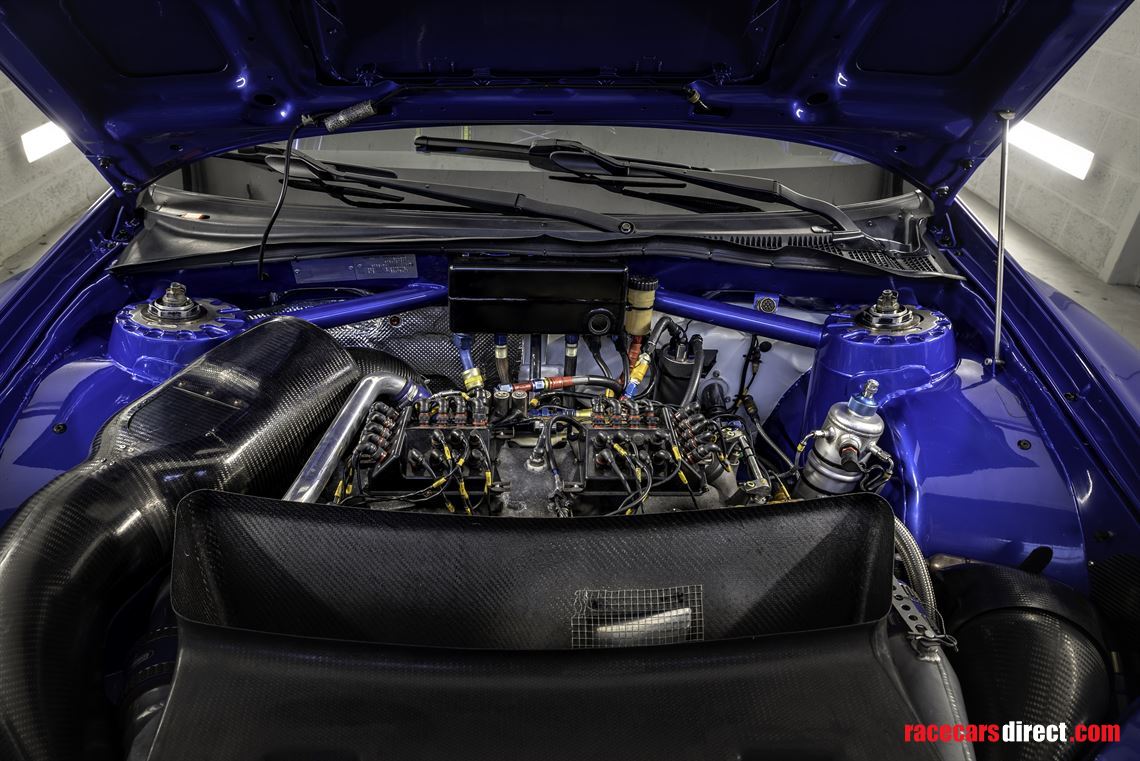 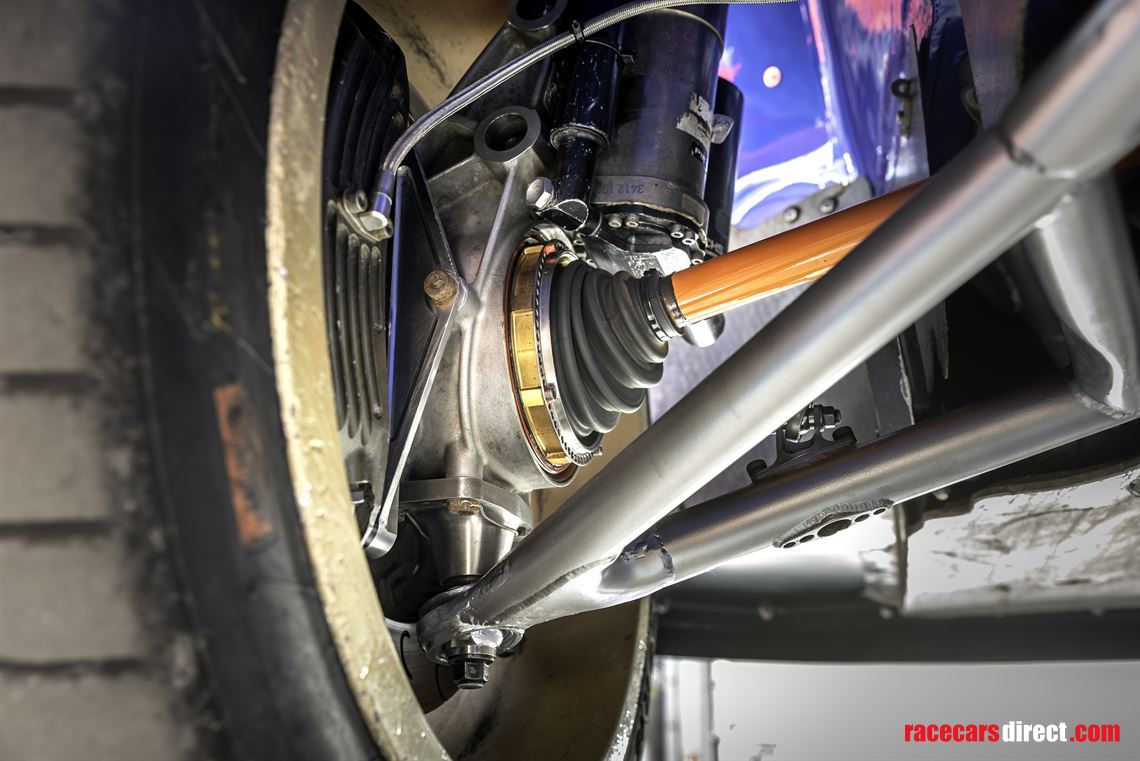 Car built in 2005 by Prodrive for the official Subaru World Rally Team program in the World Rally Championship. Petter Solberg, 2005 World Vice-Champion, has contested rallies with it.

- Numerous victories and podium finishes in Ireland and Great Britain

- Available with all documents and complete history

When the Subaru Impreza S11 WRC made its debut in 2005, it was the 8th generation of the Impreza WRC.

This Subaru Impreza S11 WRC, built by Prodrive, made its WRC debut in the 2005 Cyprus Rally, with Petter Solberg at the wheel. The career of this chassis got off to an ideal start as the Norwegian set the fastest time in the very first special stage. When fighting with Loeb for the victory, Solberg was slowed down by electrical problems which would eventually cause his retirement. The chassis made its return to the World Championship during Rally Finland, still in the hands of Petter Solberg. First leader of the event, the Norwegian set three fastest times and finished just off the podium. The third rally contested in 2005 by this S11 was the final round of the World Championship, Rally Australia. Leader at the start of SS 14, with already four fastest times to his credit, Petter Solberg was forced to retire following an impact with a Kangaroo.

With the official Subaru team moving to the next generation (S12) for the 2006 season, the car was bought by Irish driver Noel Redmond, who competed in the Irish asphalt Championship. In 2007 British driver Sean Devine acquired the car. Up until 2010 he claimed numerous victories and podium finishes with it, mainly in Ireland and Northern Ireland. In 2012, its new owner John Lloyd competed in various gravel events. He shared the car with Dave Weston, but also with Connor McCloskey and Melvyn Evans, who ensured the follow-up. Between 2014 and 2017, British driver Karl Simmons competed in several rallies with the car, mainly on gravel. In 2016, the car was rebuilt by Melvyn Evans. From 2018 to early 2020, Brian Watson competed in more than twenty rallies, most of them on asphalt.

A second stripping of the (original) body was carried out in 2020. On this occasion, the interior was returned to its 2005 version, including a left-hand drive configuration.

Completely refurbished in 2020, with low mileage for essential components (engine, gearbox, differentials) since the overhaul, is now fully ready to drive.

Used in Monte Carlo and Sweden during their Championship, fully restored and ready to race.

One of the iconic cars in the history of the WRC, the Subaru Impresa, in this case we are talking about the s12. It is the last WRC sedan ever built.

The best Made in Italy motorsport's range of wheel's studs , copper and ergal nuts for TCR Cars