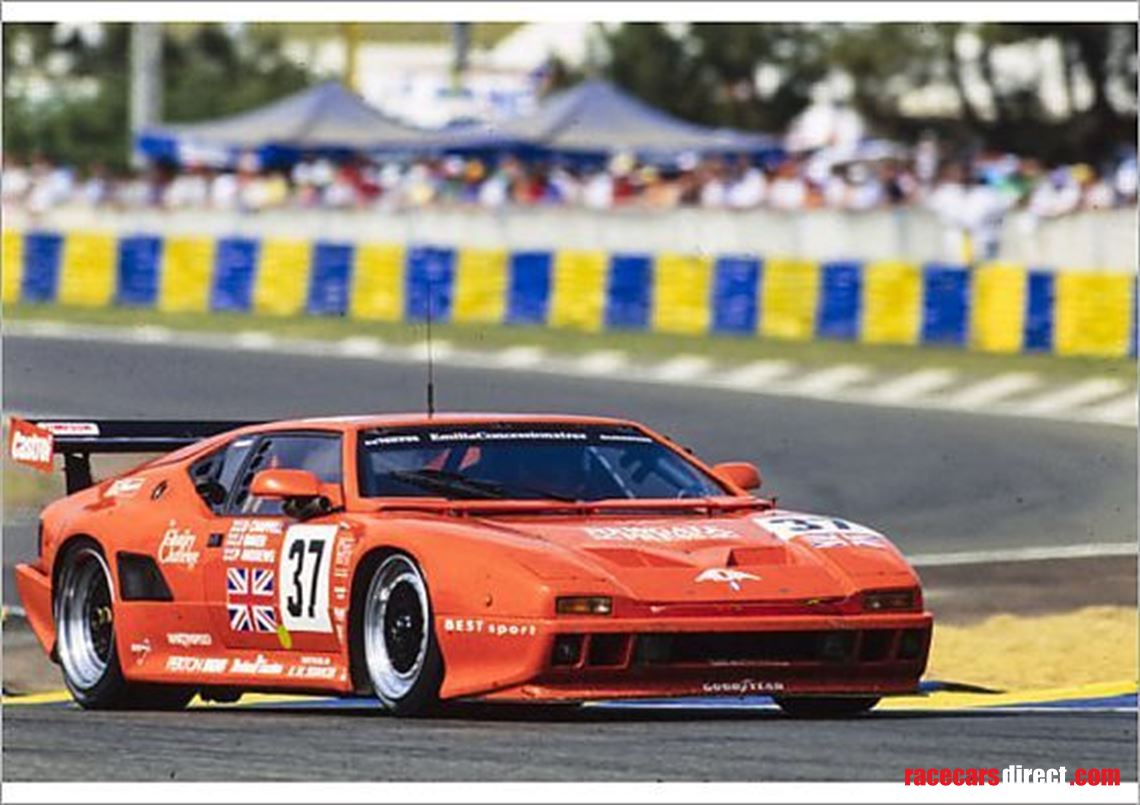 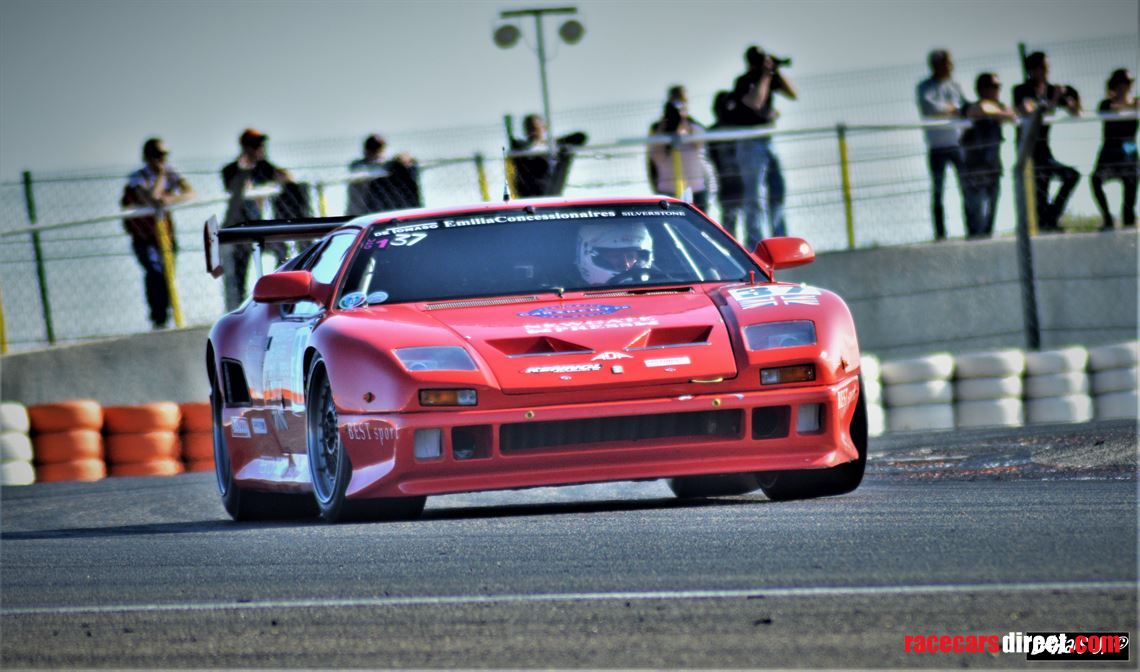 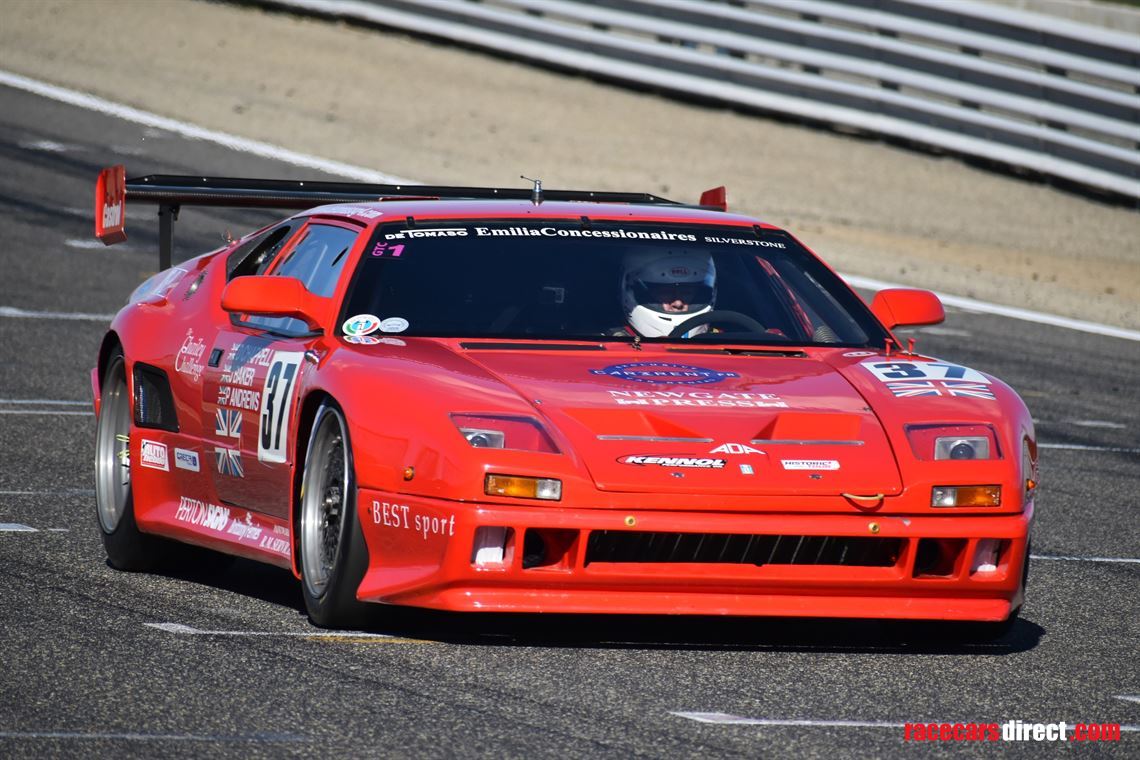 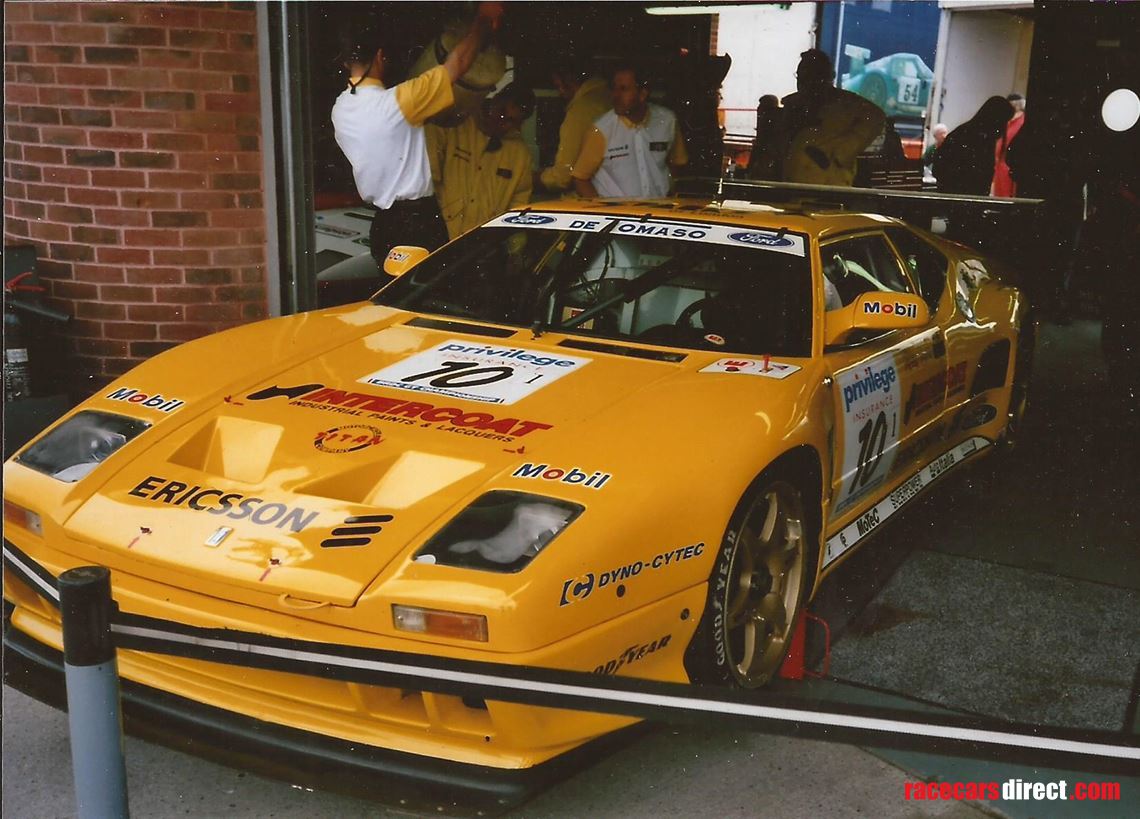 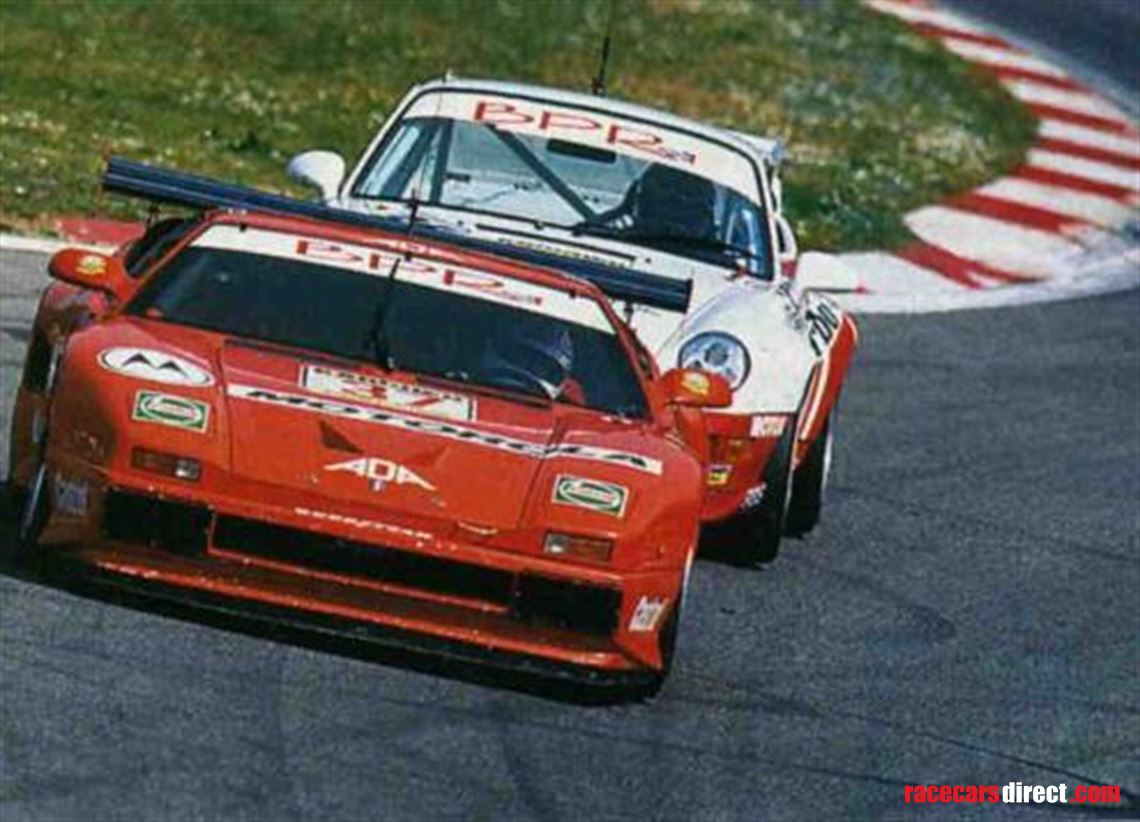 De Tomaso "ADA" Pantera SI ( GT1 class)  from 1994. This car is a one-off, it is the only race car based on the last SI Pantera model, designed by Marcello Gandini, ( who designed the Lamborghini Miura ) and produced to only 38 units as a street car by the factory from 1990. Even as a street car, it is a very rare and expensive car. It is considered to have the best chassis ever for a Pantera.

The new car was transformed in 1994 by ADA Engineering, the famous Le Mans specialists in the UK ( Chris Crawford, Ian Harrower) and raced in Le Mans in 1994 ( 21 st OA after a difficult race due to a spin on the third lap and subsequent gearbox problems) and 1996 ( DNS due to injection problems).

Several participations as a serious runner in BPR in 1995 as well, a. o. in Monza, Nurburgring, Paul Ricard, Jerez,.... .

It was then sold later this year to Superpower , a British team that had a strong reputation as the Ram Formula One team. Raced at Le Mans 1996, ( light blue livery) but due to erratic ignition problems, the car did not qualify .

Had several other minor UK wins under the yellow Superpower livery, and then retired until it was sold during the liquidation of Superpower.  Was later in a dispute between the two new associate-owners.

Finally, the car sold in 2007 ( without engine and gearbox) to the present owner who started a long and extensive restoration.

The car’s restoration was achieved in mid 2021 and, after some basic testing, had two class wins in France ( Historic Tour FFSA ) for its first comeback acter 25 years,and was on the way to an easy win in a one hour FIA endurance in Jerez Spain ( the second car, a Porsche, was almost one lap behind ) but the Pantera abandonned at one lap from the finish, due to a small broken piece on the gearbox linkage.

The car comes with an extensive spare parts package, together with a lot of period archives, drawings, racing details and set ups, … . As a one-off and the only Pantera SI race car with Le Mans participations, it is an important piece of De Tomaso history, and was invited by the new factory at Le Mans Classic 2022.

Due to health problems, the car needs a new happy house. Part exchange could be  considered.

The only Factory built Group 4 Car converted to Group 5 by the factory. Le Mans Classic Eligible,

Original from the 90´s

9 removable storage boxes & a front cover combining as a table.

This is the later wider chassis car, Fully registered and road Legal, £50K of optional spec.