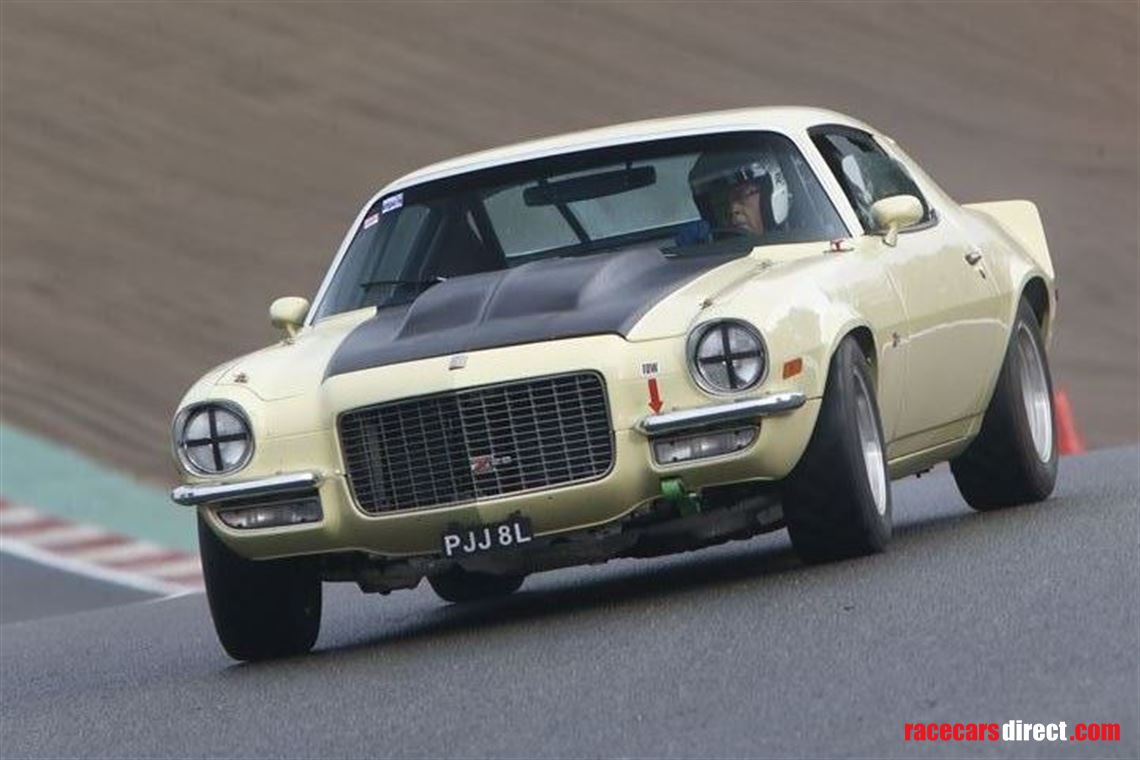 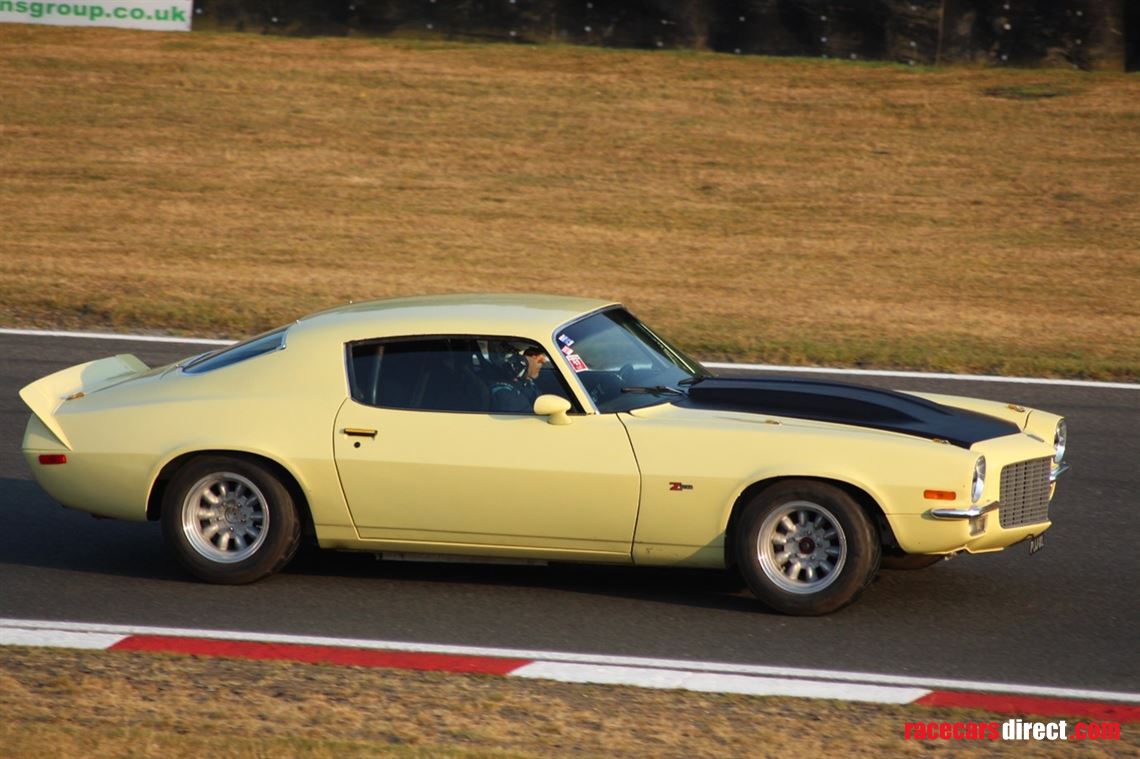 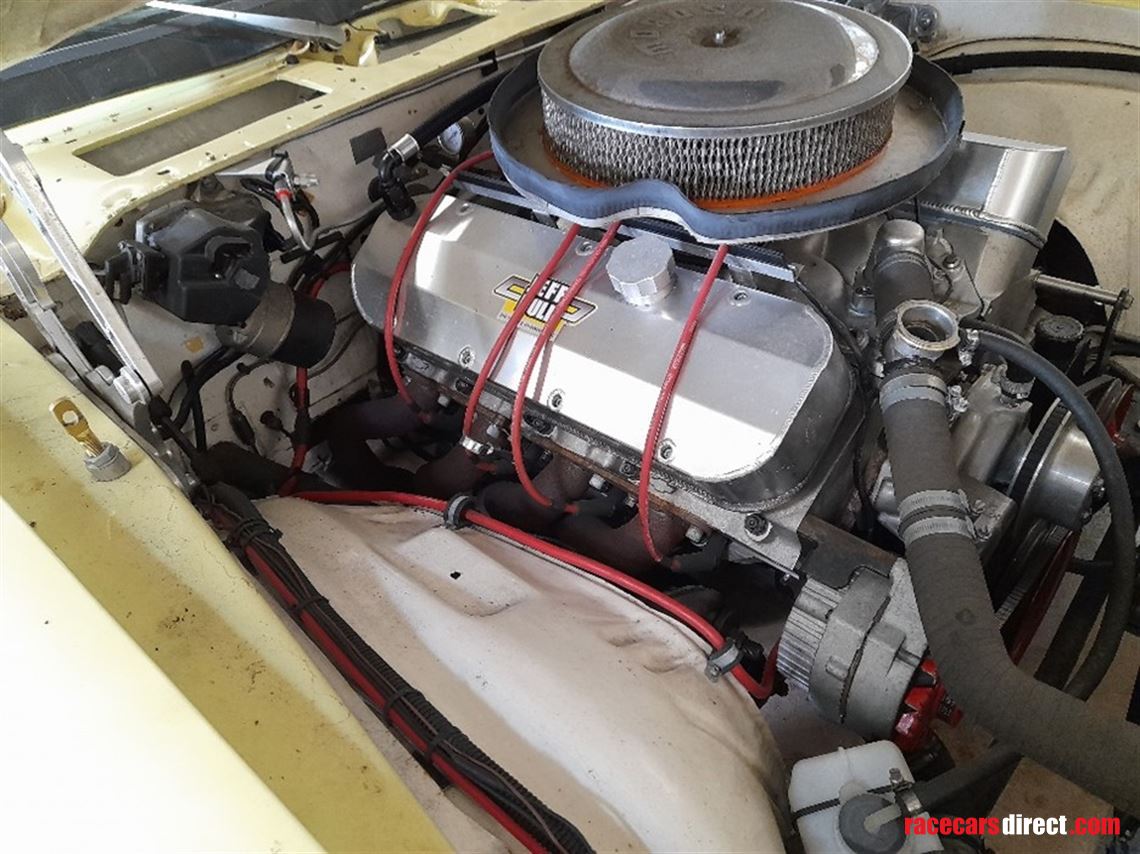 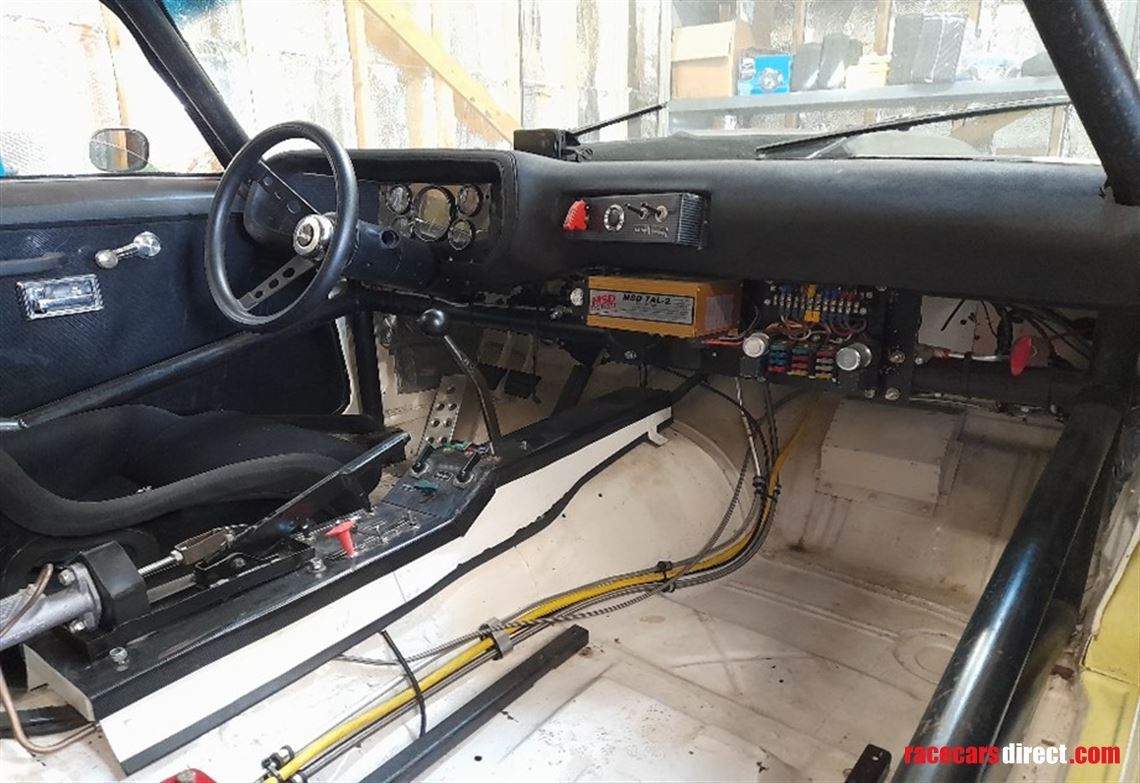 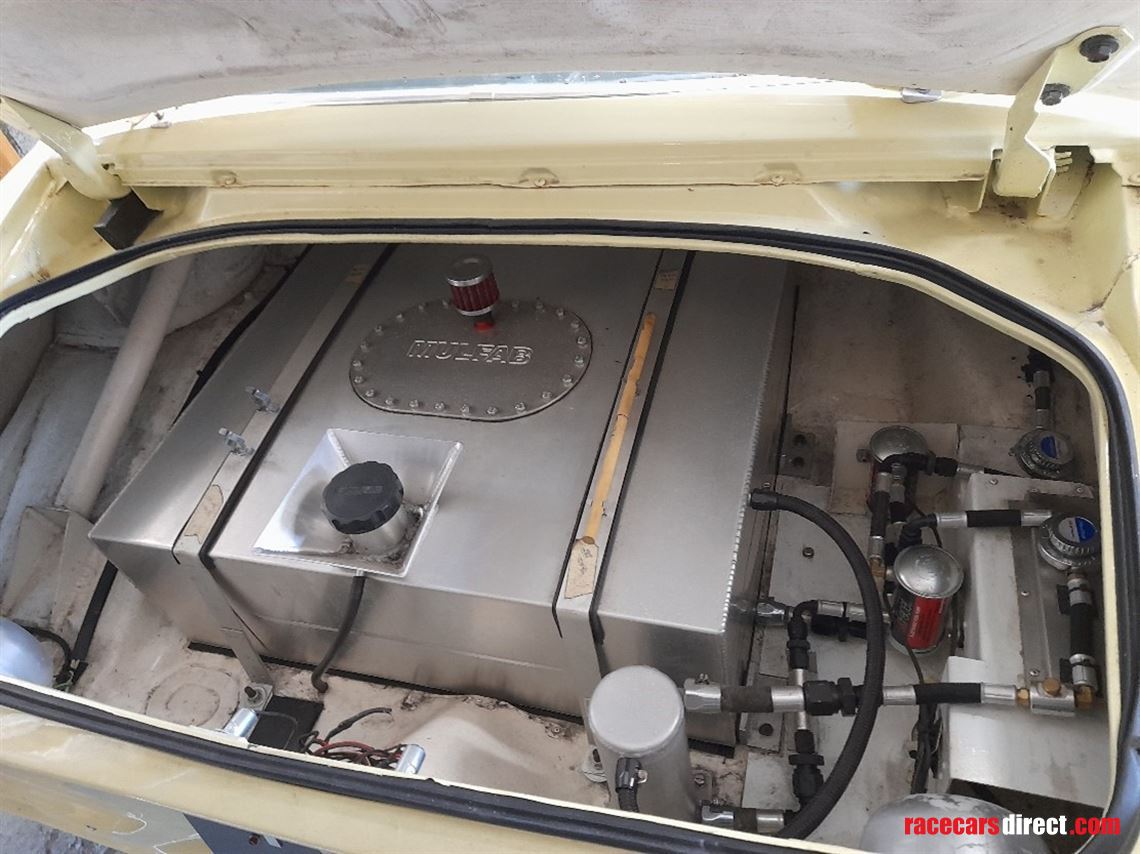 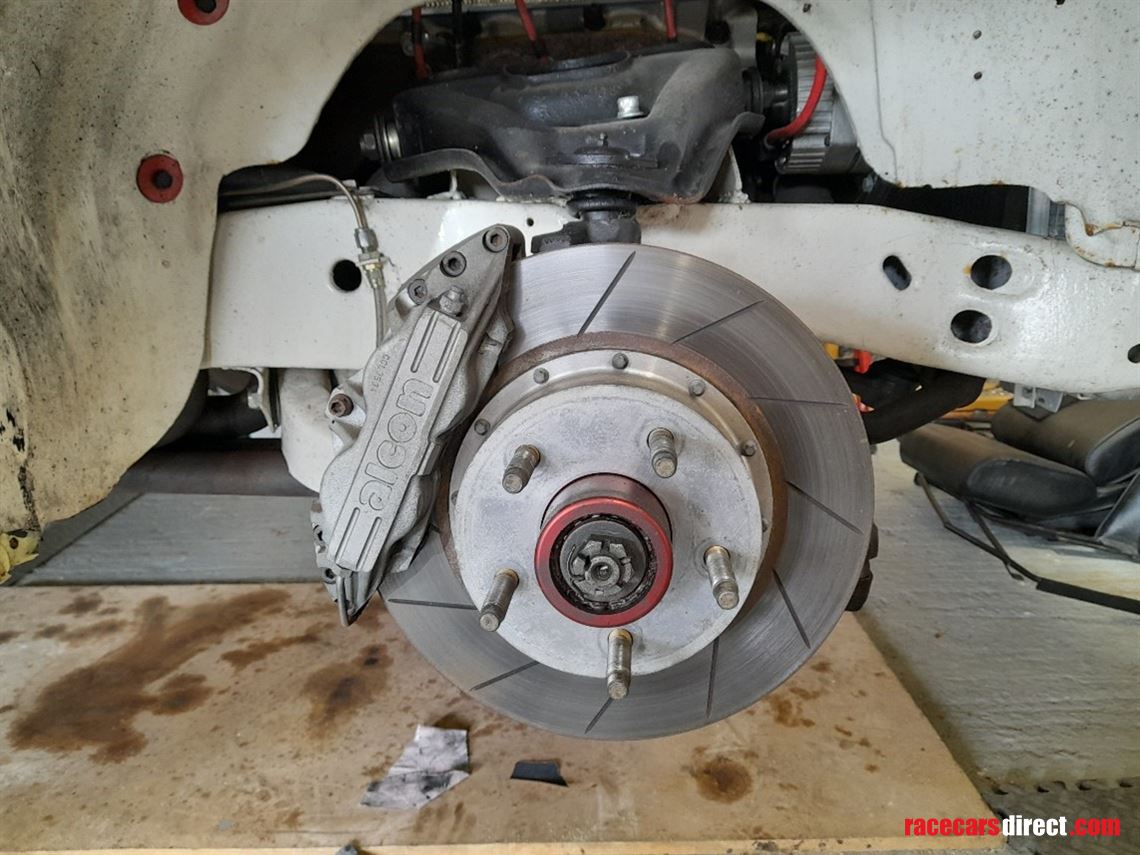 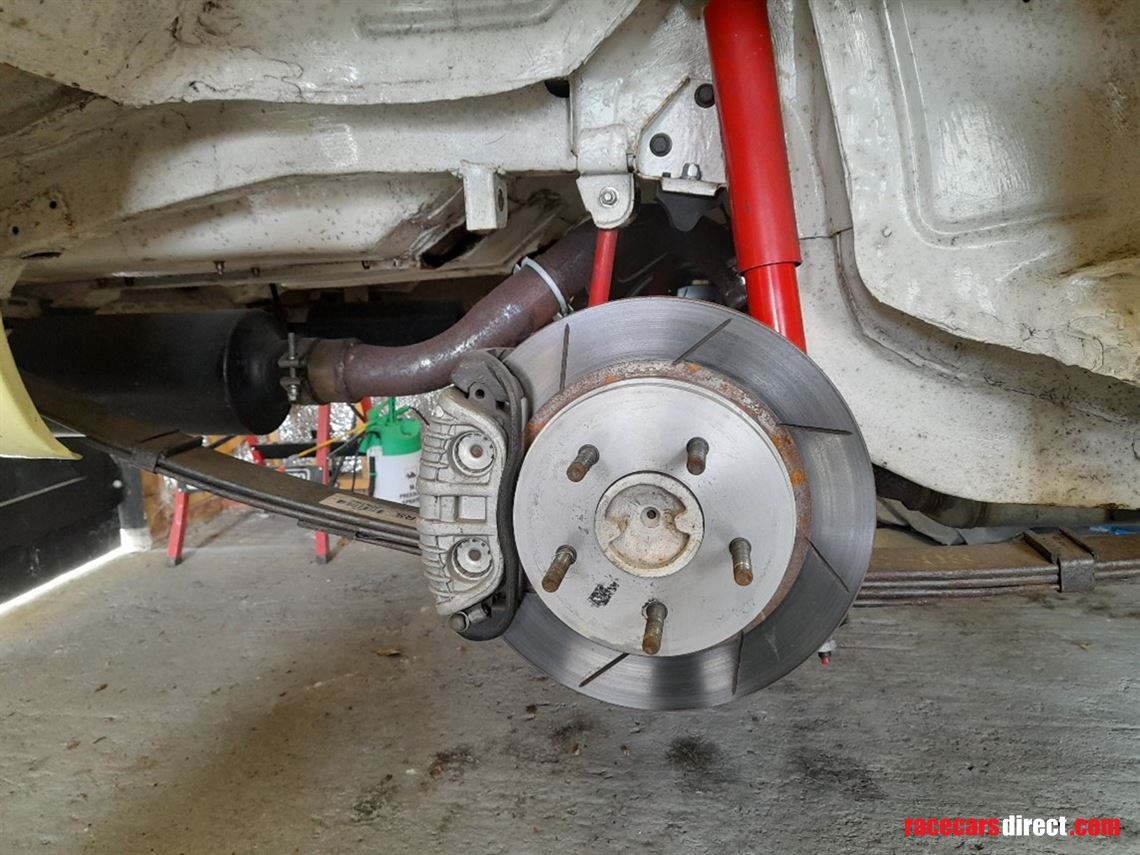 This Chevrolet Camaro was originally manufactured in 1972 but was imported and registered in the UK in 1973. It is a genuine Z28.

The car was fully restored over many years and essentially completed by 2013/14 and in the process converted into a track/race car. However sadly the man whose project it was, John Gorbould sadly passed and as a result the almost complete project was sold on. The car comes with a photographic record of the build along with a large file of receipts and invoices. The car also has FIA papers for historic motorsport issued by the MSA in 2011.

Under new ownership many issues were resolved, and improvements made but due to lack of time and too many other interests, the car has only done a few trackdays and has never been raced as intended.

The car is exempt from tax and MOT and is currently road registered and insured.

The car is all steel with the exception of the bonnet and boot lid which are fibreglass. The shell has zero rust and was comprehensively rebuilt to include a welded in roll cage which picks up on the front and rear chassis members to strengthen the car. It has also been fitted with straighteners under the floor which link the front subframe with the rear suspension mountings, increasing rigidity. This a bolt in item so can be removed if required by any technical regulations. The build included new doors and many panels. Everything was painted white (inside and underneath) although the outer body has been sprayed yellow.

All windows are glass.

The fibreglass bonnet incorporates a bulge to clear the carburettor which also ensures a supply of cold air to the intake. This has been specially modified to reduce the height of the bulge to improve visibility.

Inside the dashboard remains except where cut to fit around the roll cage and bespoke electrics. Door cards have been replaced with carbon items and the manual window winders remain. Otherwise, the interior is stripped out with the exception of the driver’s seat and a six point harness. The car is fitted with an OMP plumbed in fire extinguisher which is in date and MSA compliant, activated by pull handles both inside the car and externally on the nearside front wing.

The original steel bonnet and boot lid come with the car so it could be converted back to all steel if required by appropriate regulations.

The engine is a 454cc big block bored +30 thou and has around 450 bhp and some 500 lb ft of torque. It is fitted with genuine period GM aluminium heads and inlet manifold and fuelled using a 1450 cfm Holley. It has an MSD ignition system including a billet distributor and MSD coil.

The bottom end was originally built by Tony Rootes of Woking, with the rest of the engine completed by the team building the car. Subsequently, the engine went to Jeff Bull for inspection and in the process the camshaft was replaced and upgraded to a roller cam and solid lifters for increased power and reliability. It has covered less than 50 miles since.

The car has a wet sump but is fitted with a fully baffled and enlarged race spec sump pan and pick up.

It has also been fitted with a new steel flywheel and competition single plate clutch.

Exhaust headers are from Henman and a stainless-steel system incorporating an X pipe and four silencers exiting at the rear of the car. Exhaust was refitted and improved by Pipecraft. The car has passed a 105 Decibel trackday noise test.

Cooling is by means of a 31” x 19” Afco aluminium radiator fitted with a manually controlled electric fan.

Gearbox is a Muncie 4 speed which has been fully rebuilt and again has covered minimal mileage. It has a Hurst shifter mechanism and extended gear-lever to position it correctly relative to the driving seat. The clutch mechanism is hydraulic using an RAM slave cylinder mounted around the input shaft. This along with the clutch master cylinder has just been fitted with new seals. The bellhousing is aluminium.

The rear axle is a rebuilt 10 bolt and fitted with an LSD.

There is also included a steel bellhousing which would enable a Tremec 5 speed gearbox to be fitted and an alternative flywheel and twin plate clutch assembly.

A custom-made loom has been fitted to the car based around a CBS wiring module which locates all the fuses and relays under the dash on the passenger side.

The sealed racing battery is mounted in a protective box in the rear footwell and incorporates an internal and external cut out facility which is MSA compliant. The wiring loom places all the switchgear in a specially made central console so that everything can be accessed by a driver strapped in with a racing harness.

The car has all normal electrics for lights, wipers, horn etc along with extra circuits for the dual fuel pumps and even has an FIA rain light hidden behind the rear number plate, which raises automatically.

The car has an aluminium foam filled tank manufactured by Mulberry Fabrications Ltd and FIA compliant, located inside the boot. Capacity has not been measured but looks to be around 60 litres. Fuel is scavenged from the tank using one pump to a swirl pot to counter any surge and then pumped forward by a separate pump to the carburettor.

Front comprised standard double wishbones and is fully polybushed. The top wishbone can be adjusted using shims for camber and castor and the anti-roll bar has been replaced with a much stiffer 1.25 inch item. Koni adjustable dampers have been fitted.

The rear live axle is suspended on competition multi leaf springs and an anti-roll bar is fitted. Koni adjustable dampers have been fitted.

The car went to Autopontiac of Hounslow to have its suspension sorted out and as a result received new top wishbones with extended pins, new rear leaf springs based on their race experience. They also fitted an oil cooler to the power steering.

In addition, the car originally came with a Watts linkage kit which comes with the car.

The car is fitted with dual master cylinders with an adjustable restrictor valve in the rear circuit. The rear circuit also incorporates a hydraulic handbrake. Braided hoses are used throughout.

The car has Alcon 4 piston aluminium front callipers with competition pads and ventilated discs. However these fit within 15” wheels.

At the rear, the drums have been replaced with discs and two piston callipers. These are fitted using aluminium adaptors fitted to the axle so that drums could be easily re-fitted if required.

There is no brake servo.

The owner is looking for offers in the region of £40,000 which is very much less than this car would cost to build. This includes the car with spares including the 10 wheels and tyres, the watts linkage, steel bonnet and boot lids, flywheel, clutch and various smaller items.

There is also a complete spare chassis, 2x spare engines (including one brand new in crate) and a large number of other spares available by separate negotiation.