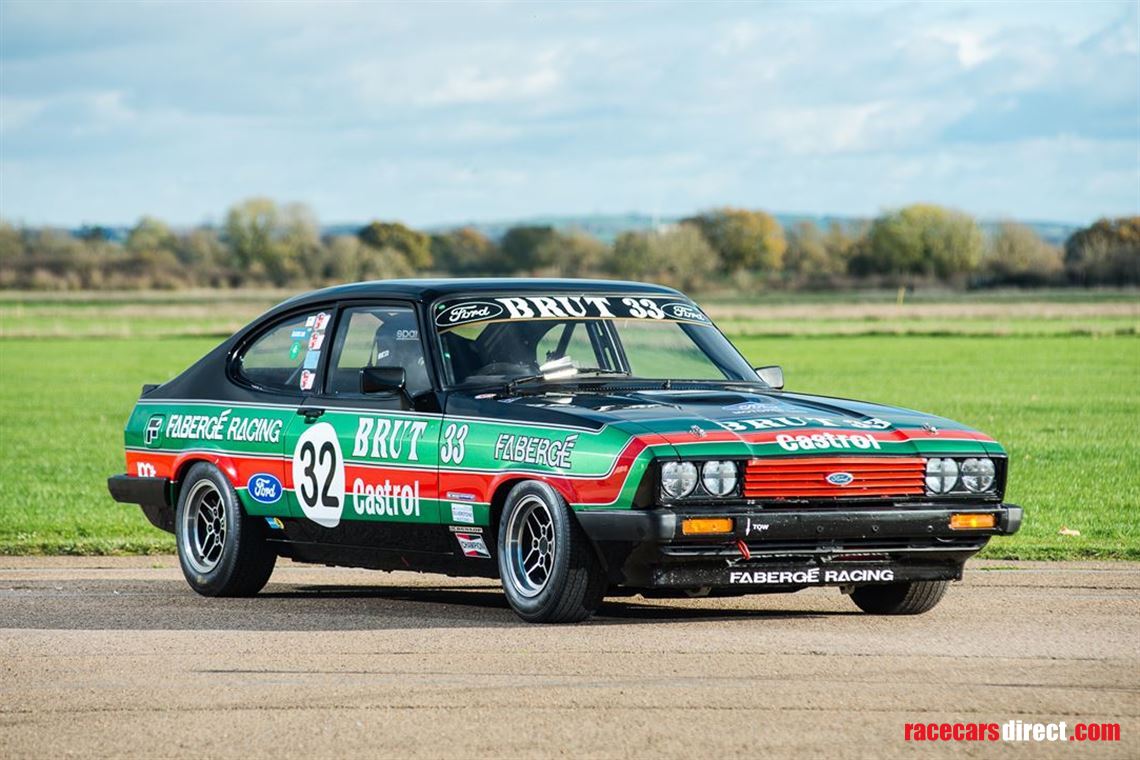 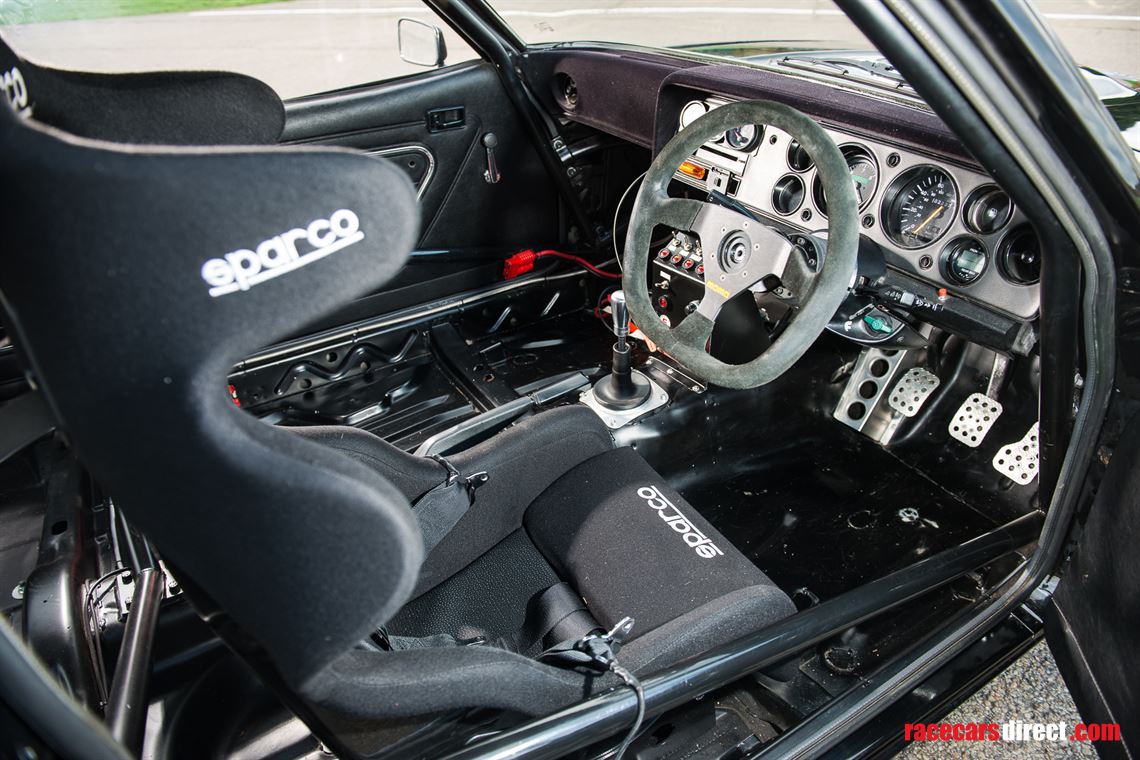 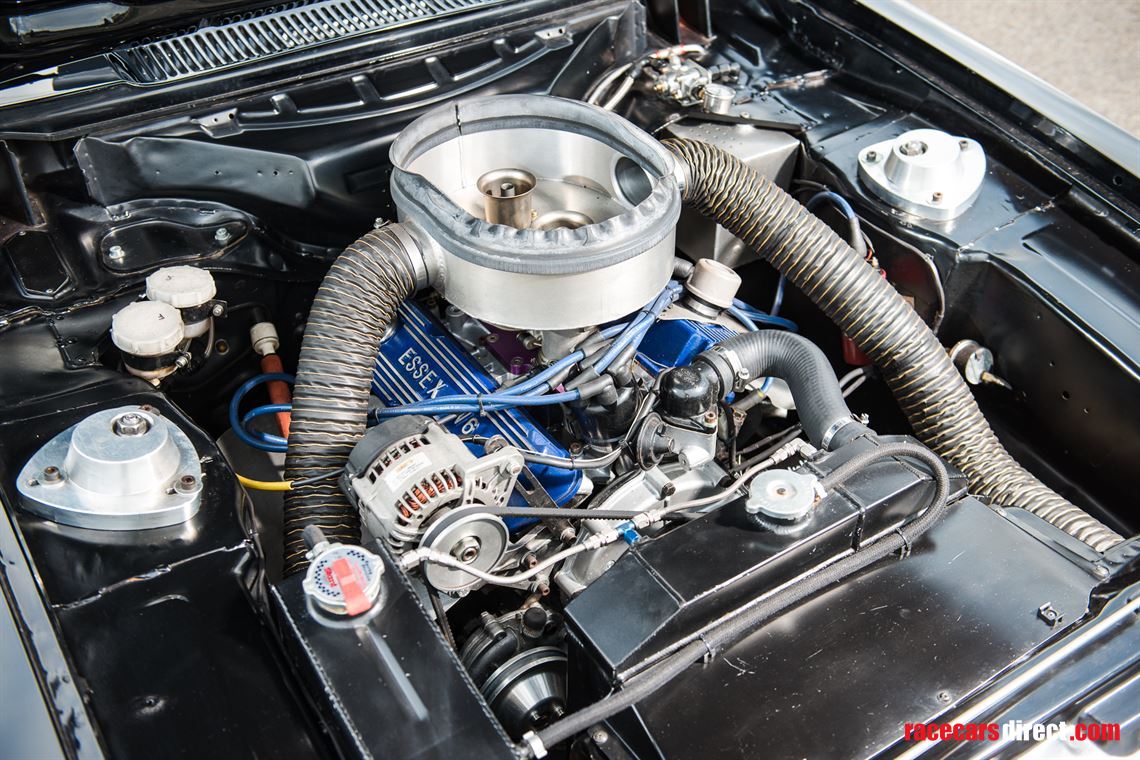 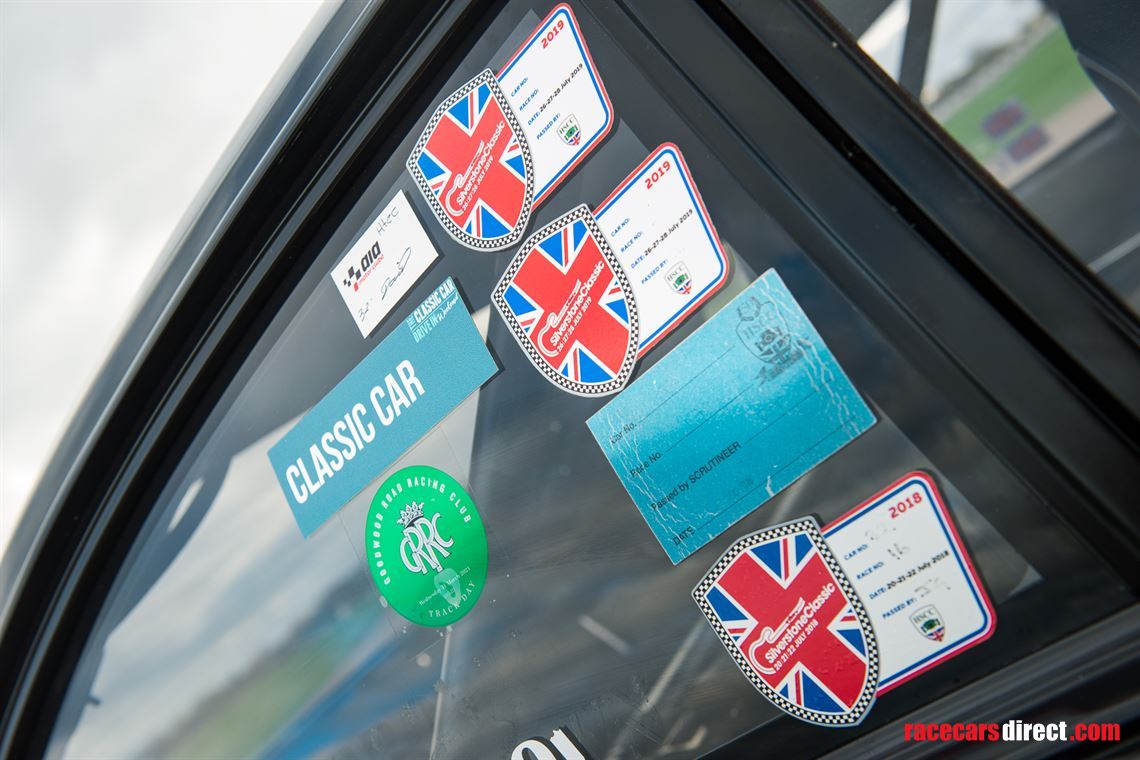 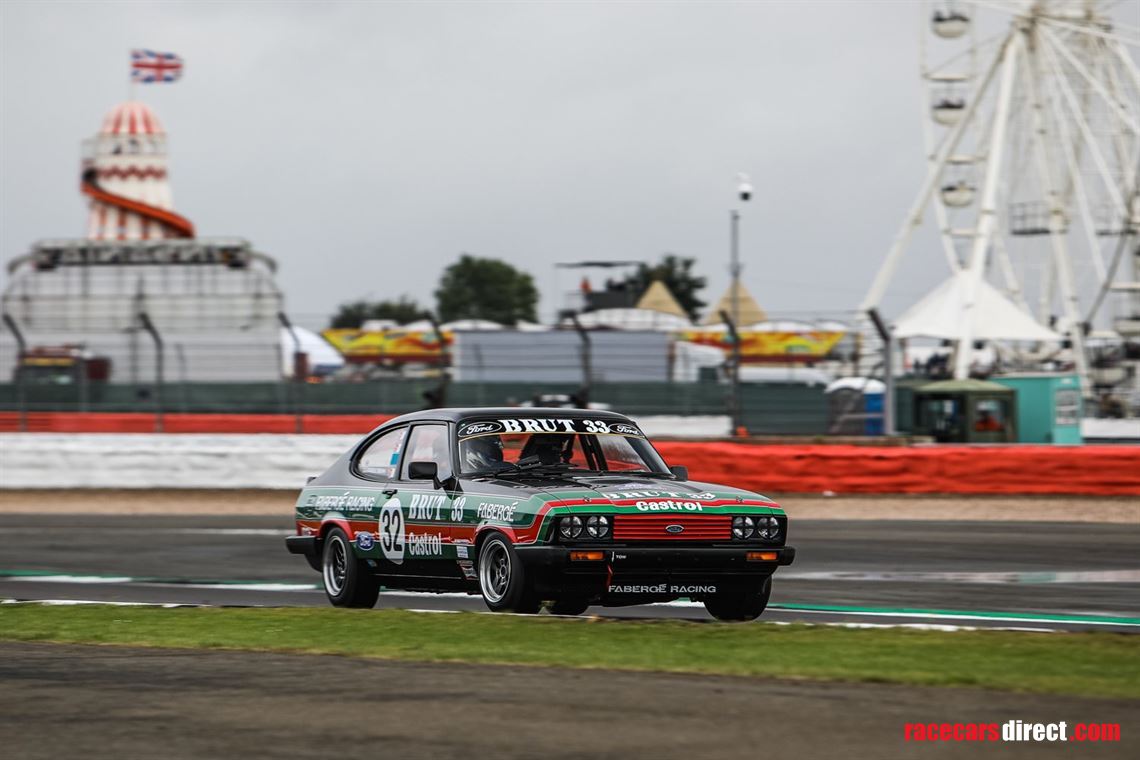 Offered here is an exacting copy of the iconic Fabergé Capris built to the ultimate new British Touring car FIA specification. The two original cars were built by Ted Grace and Instrumental in the build of this car was an ex-Ted Grace employee who had retained a lot of the original drawings and photos. Mechanically this Capri has been built to the ultimate specification with input from leading engineers and a current top touring car ace.

Using the best available Capri 1.6 base car available, it was dipped, seam-welded and sent to Historic Race Car Preparation to have a period-correct and importantly FIA correct T45 roll cage fitted exactly like the original cars. It was then re-dipped and the complete shell with roll cage was painted.

The build included a Ric Wood, 3.0-litre Group 1 engine which has been MSA inspected and sealed as per Goodwood, Motor Racing Legends and Tony Dron Trophy regulations. The engine was rebuilt in late 2020 and has seen minimal testing and race time since. It has a straight-cut, close-ratio, Quaife 4-speed quick-shift gearbox and a ZF limited-slip differential. The front and rear suspension utilise the latest Proflex units developed for the FIA Historic Series. The car is one of the lightest Capris built and as such requires ballast which can be advantageously placed.

Following completion in 2017, it was entered in a round of the Classic Touring Car Club ‘Group 1’ race at Brands Hatch qualifying on pole and winning the race. Two weeks later at a wet Thruxton, another win followed. The car has continued to be developed and raced with success at all the top events including the Silverstone Classic and the Goodwood Members Meeting Gerry Marshall trophy where in 2021 it even comfortably beat the original Fabergé Car.

Purchased by the current owner ready to go for the 2022 season, other race cars and commitments have meant the car hasn’t turned a wheel in true anger this year. A superb car, competitive and with FIA papers dated until 2027 it is eligible for all forms of historic touring car racing including the Goodwood Member’s Meeting, Tony Dron Trophy, CTCRC Group1, Peter Autos and the new HRDC and Equipe GTS 70s Series to name but a few.

Been dry stored for 11yrs

Built with a new Weslake engine with approx. 330bhp, this car is ideal for the best histoic racing.

Our ex-Team Halfords Honda Integra is now for sale after 3 years of ownership. This car comes ready to race and is sold with an extensive range of spare parts.