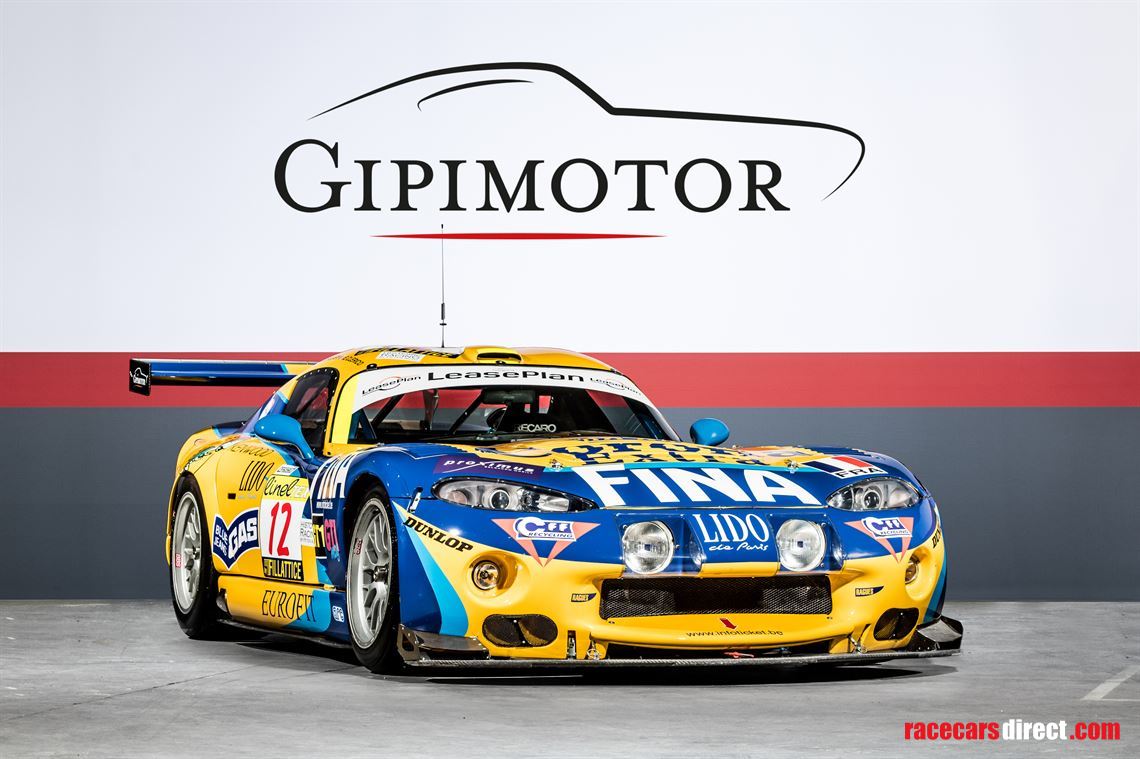 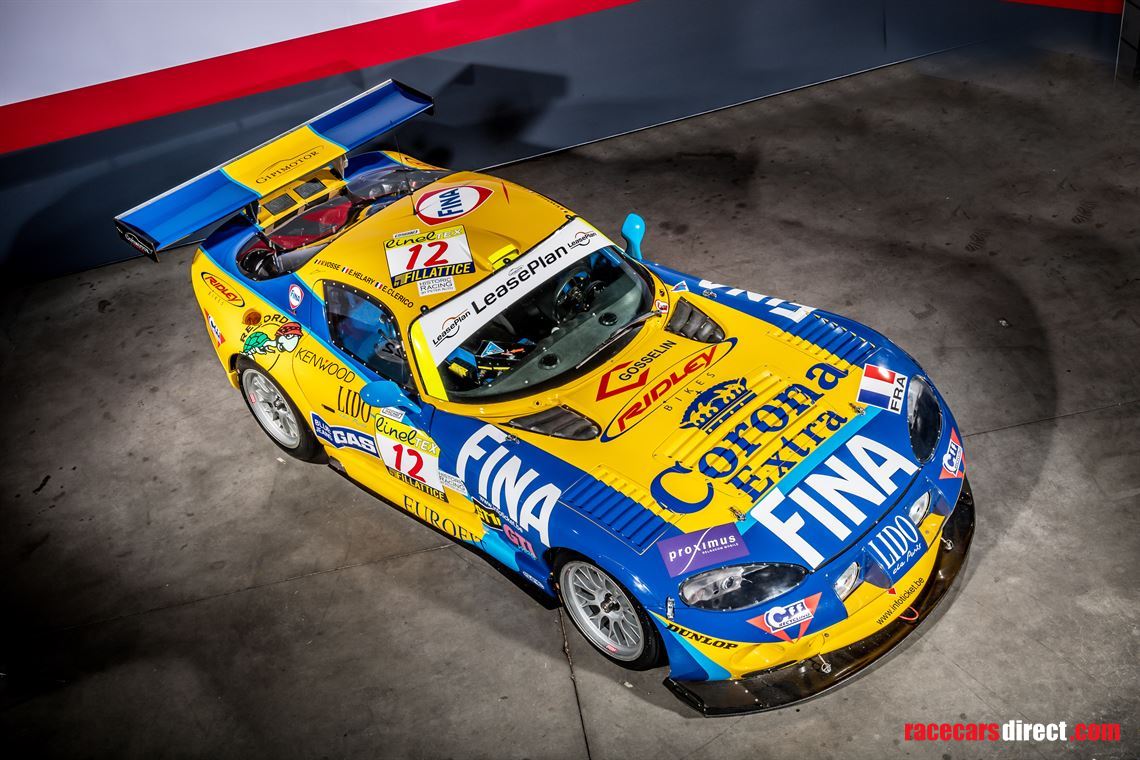 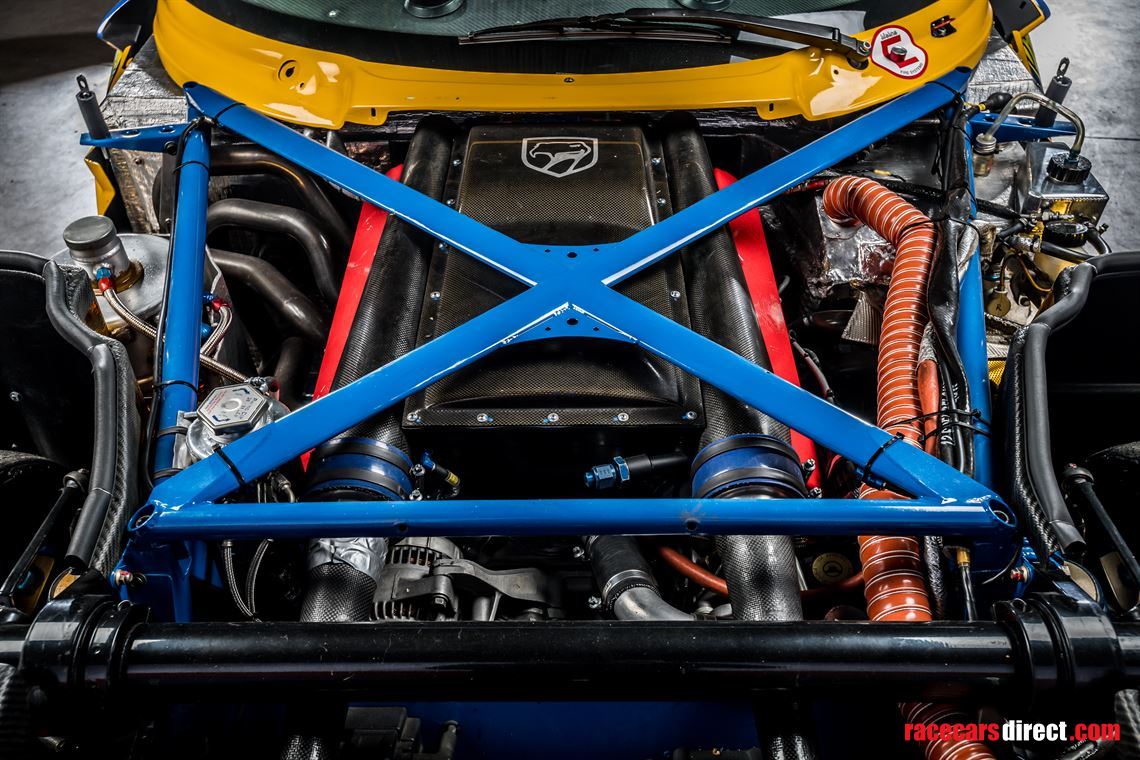 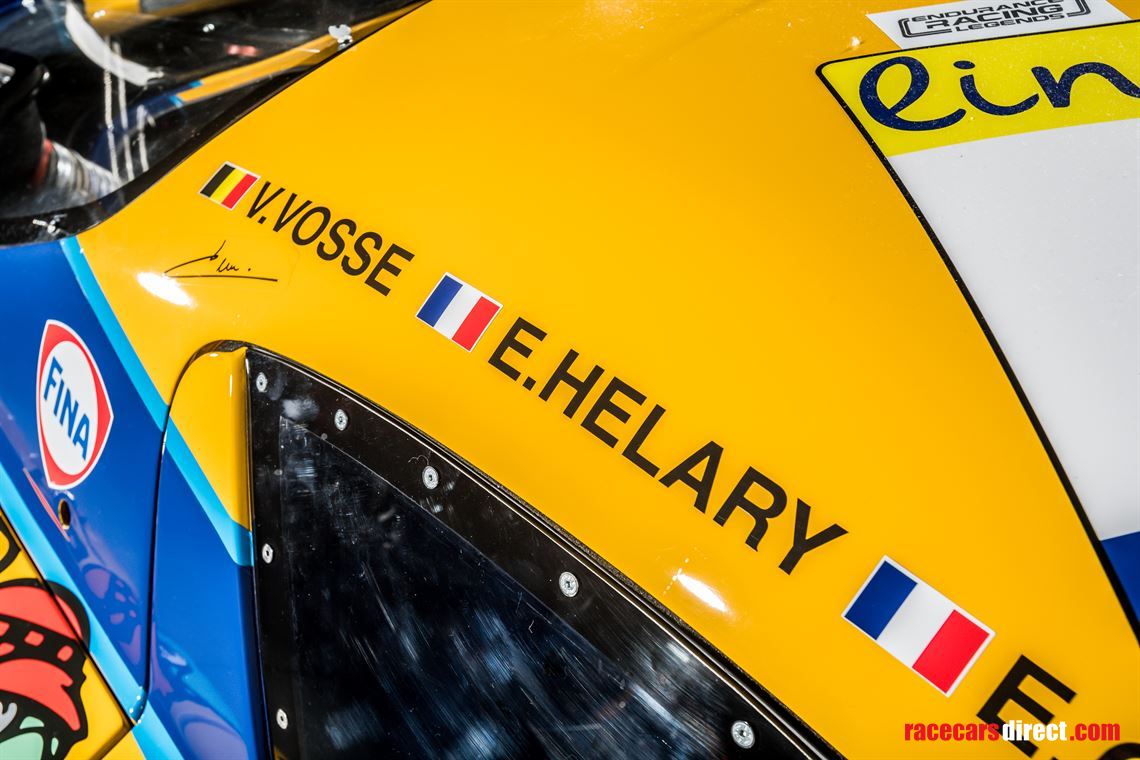 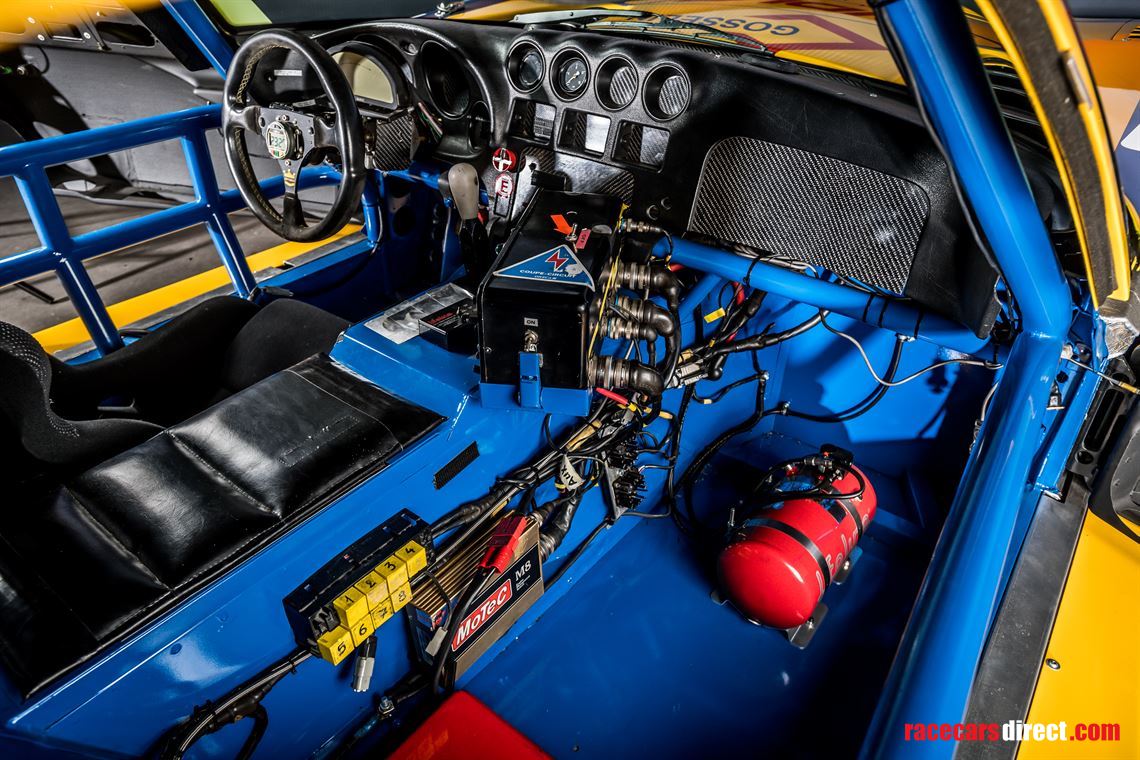 Often described as the modern Cobra, the Dodge Viper will be introduced under the impulsion of Bob Lutz and with the help of the biggest names in the automobile industry. Supported by Chrysler, and helped by Lamborghini for the development of the gigantic V10 but also by none other than Carrol Shelby himself, the Viper will be proposed on sale from 1992 onward. Just 3 years after, Chrysler will give the green light for a racing program under the name of « GTS-R » and for the legend that will come out of it !

Developped by a small team of engineers and artisans in house, the production derived chassis (built by Rilley&Scott and then Roush Industries) will match the regulations while Cadwell Development will be in charge of the engine in association with J&P Motorsports. Chrysler will manage the aerodynamics and Reynard Motorsport will be in charge of producing the carbon/kevlar parts.

As soon as 1996, Oreca will become an European partner of the program, managing development, customer racing but also factory efforts with the goal to obtain probant results. The team will reach that goal in 1997 with the driver and team title in the FIA GT2 World Championship. The succes will continue for the car with 4 consecutive titles, 3 consecutive class victory in Le Mans and so on. By the end of the official program in 2003, the Viper adventure had become perhaps one of the most victorious of all time for a production based race car.

Quick all season long, the car will constantly trust the Top 5 and finished runner up in Brno and Jarama thanks to the Vosse/Derichebourg duo. Reaching and incredible 4th place in the Spa 24h (current livery) with the Vosse/Hélary/Clérico trio, the car will show all its potential.

Starting in 2003, the car will be raced by Scorp Motorsport Communication for its second participation in Le Mans with the Marques/Lavielle/Metge/Dupuy quatuor before being sold to Mirabeau Competition in 2004.

Runnng the FFSA championship with drivers such as Zangarelli, Hernandez (Champion FFSA GT 2006), Lagniez or evenMakowiecki (2018 Nurburgring 24h winner) or Beltoise the car will be well looked after and will receive a black livery.

Put into retirement in 2007, the car will be acquired in 2020 with an important spare package, starting a long process of restoration, returning back to the factory colors (blue chassis, yellow body) and all its glory.

Like new, and after almost 2 years of work the car will do its first test in Zolder in June 2022 before its big baptem in Le Mans, returning on the Sarthe tarmac of the first time in 19 years.

Driven by Jean Paul Belmondo himself, sharing the wheel with Cyril Despres (5 Dakar victories), the car will return, the same year, in the Spa 24h for the opening race, this time with Jean Luc Blanchemain, finding the Ardenne track 21 years later and Vincent Vosse in the same time that signed the car in remembrance of the past.

Eligible in all historic competitions (Endurance Racing Legend, Master Endurance Legends), the car is ready to race with its spare package and an extremely well documented history.

The car can be seen in our HQ (Evere - Belgium) on appointment only.

With 22 pages and 2 pictures