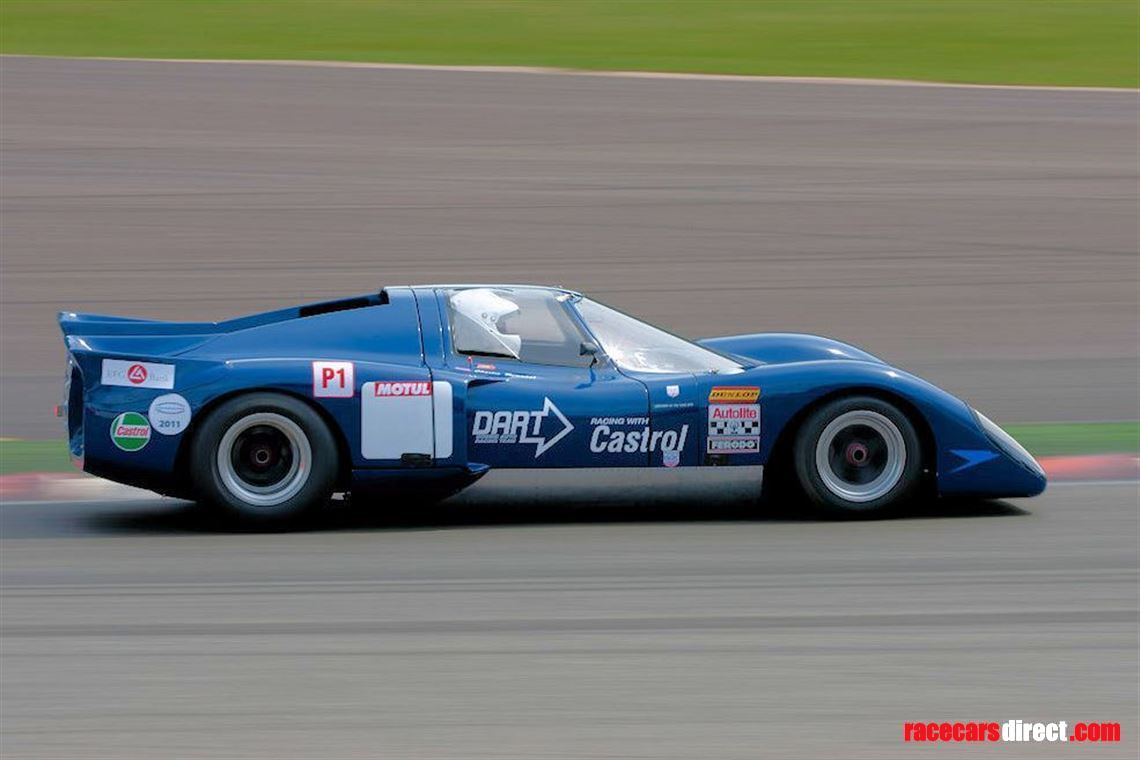 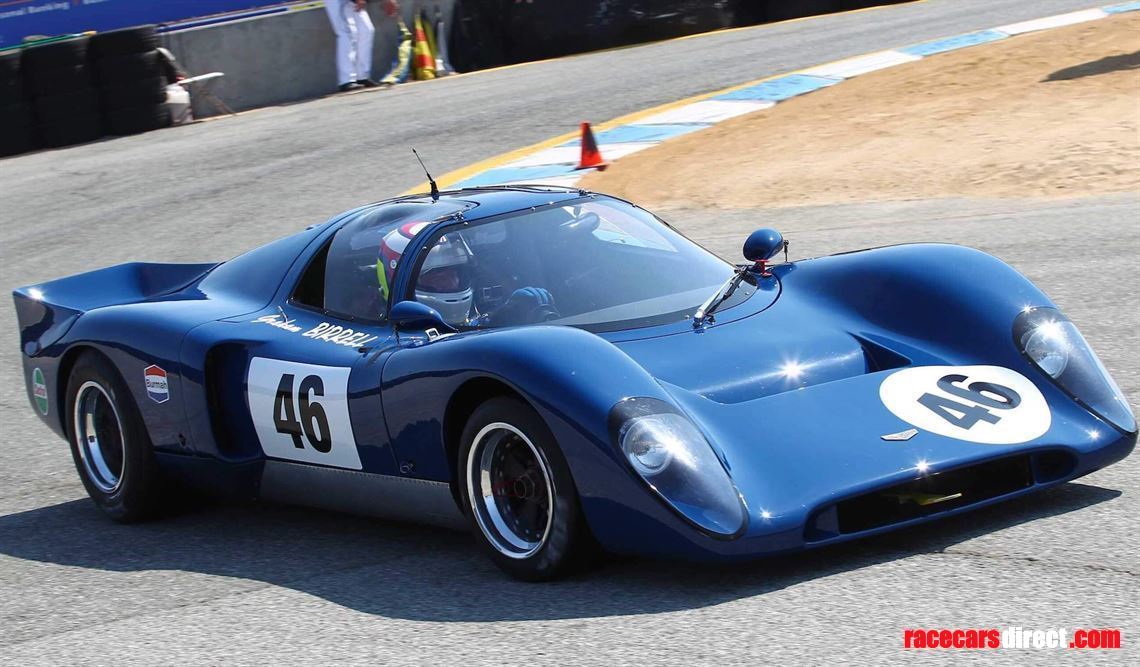 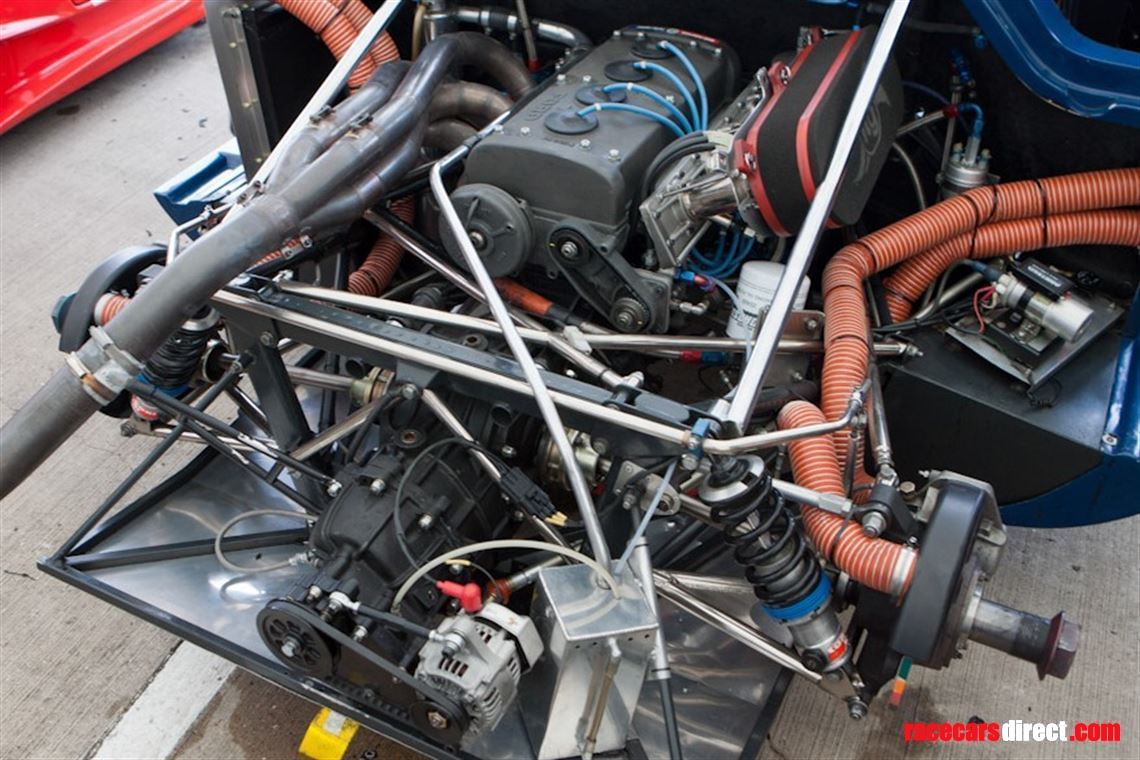 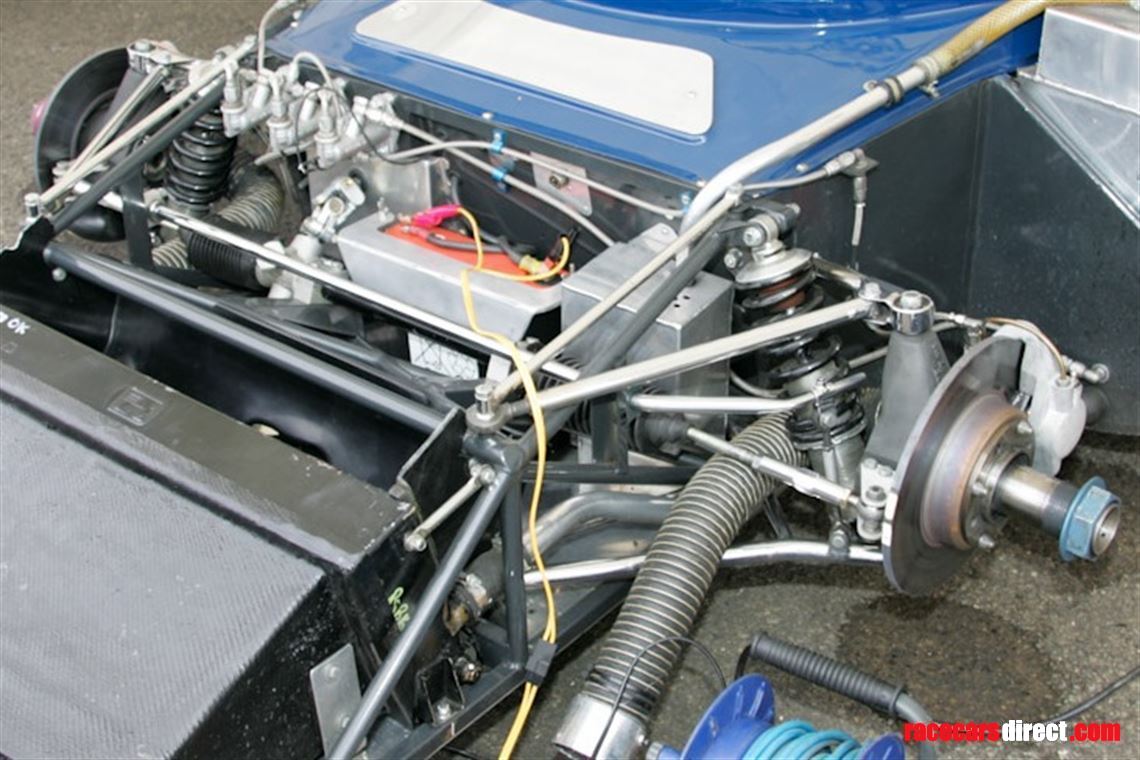 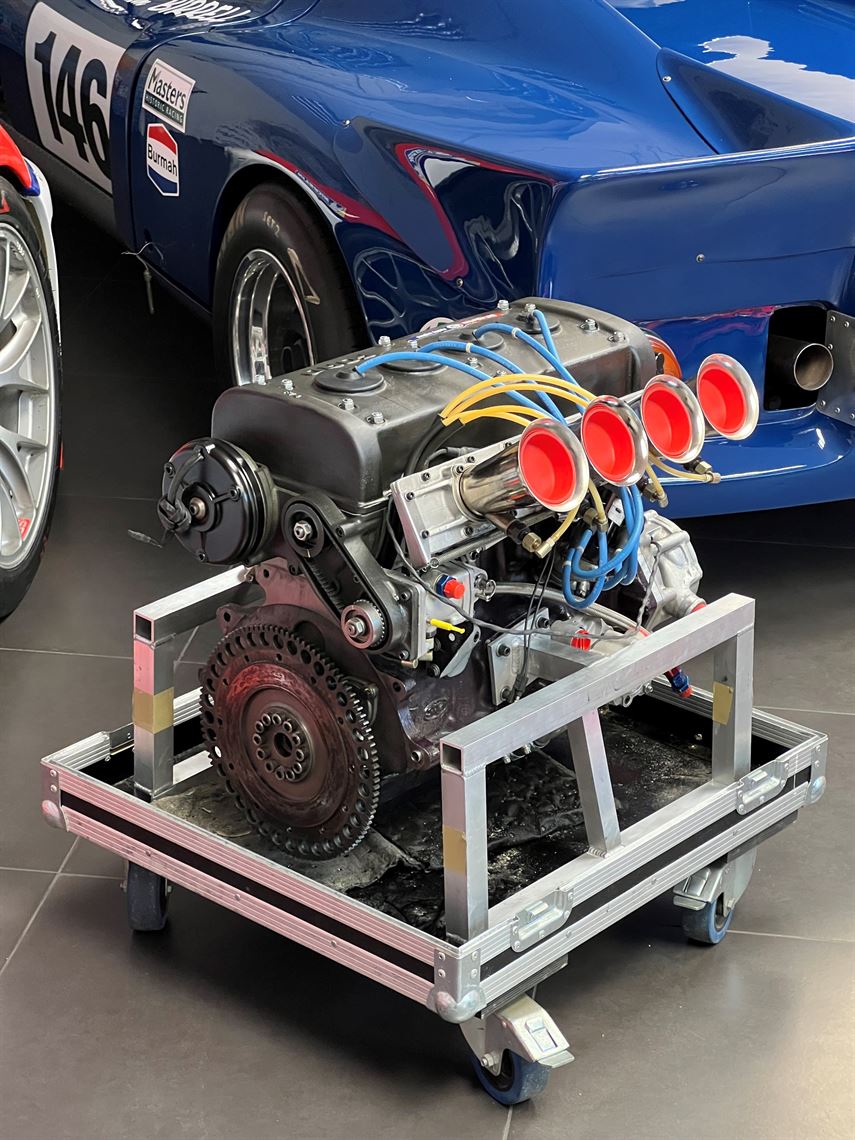 The Chevron B16 designed by Derek Bennett to replace the supremely successful but aging B8 for the 1970 2 litre Gp6 season. A simple but effective space frame with steel & duralium sheeting added to form a monocoque central section and hung with front wishbones and rear top-links & reversed A-arms, once the beautiful Specialised Mouldings body had been fitted the car stood just 36 inches high.
The B8’s 2 litre BMW engine also needed replacing and a long stroke version of Cosworth’s FVA, the 1.8 litre FVC, producing 40bhp more than the BMW and 20bhp more than the 1.6 litre FVA, was the engine of choice.
The B16’s first test was at Aintree where Bennett, using one of the old BMW engines, turned in times below the outright lap record.
Brian Redman was available for the car’s first race, the Nurburgring 500Kms in September 1969, but the new Cosworth FVC was’nt ready and a 1.6 litre FVA engine was fitted.  The 2 litre Abarths had finished 1, 2, 3 in the previous year’s race and had been fastest in testing but after some adjustments Redman put the B16 on pole, 5.6 seconds quicker than the previous mark and 7 seconds quicker than the fastest 2 litre Abarth. In the race Redman and the B16 led from start to finish winning by over 2 minutes, again a new Chevron model had won “straight out of the box”.
This car, Chevron B16 DBE 29,  is one of the best examples of this elegant and iconic car from the classic era of 2 litre Gp6 sportscar racing. Originally delivered to Denys Dobbie’s
“Dobbie Automobile Racing Team” (DART) in late 1970, former Ecurie Ecosse driver Graham Birrell winning the car’s first race in the Lombank Trophy Race meeting at Ingliston.
In 1971 DBE 29 was part exchanged with Chevron Cars for a new B19, Chevron then sold the car to Eddie Regan in Ireland.
In 1973 Automotive Consultants UK Ltd. of Rotherham bought the car and registered it for the road with the registration NET 650M.
It was then sold to John Gason of Fordingbridge Hampshire and the car was painted silver.
In 1975 DBE 29 was purchased by well known dealer and Chevron racer Brian Classic who then sold it to Gerard Demarta of Grand Vaux, Switzerland who painted the car red.
In 1988 the car was purchased by Bernt Andersson of BDA Racing in Sweden, he had it painted yellow with blue stripes.
In 2002 the car was purchased by Sandy Watson and returned to the UK where he had the car painted blue and race prepared by ZUL racing for the Supersports and Group 4 World Sports Car Championship.
In 2005 DBE 29 was purchased by well known collector and racer Abba Kogan and still maintained by ZUL racing he raced it in the World Sportscar Masters.
In 2007 DBE 29 was purchased by Robert Shaw and now prepared by Martin Stretton Racing, continued to race in the World Sportscar Masters.
In 2011 it was purchased by Charlie Remnant, in his ownership the car has been prepared and run by WDK Motorsport and has been raced in a wide variety of historic endurance racing events including Peter Auto’s prestigious Le Mans Classic
in 2012, 2014 and 2016. He also repainted DBE 29 back to its original DART, Graham Birrell, Ingliston race winning blue livery.
In 2017 a much respected team manager and racer bought DBE29 and entrusted it to United Autosports for preparation from where it has continued to race at Blue Riband events across the globe.
DBE 29 has a well documented history and is widely regarded to be one of only five truly original B16s with unquestioned history. Maintained to the highest standards DBE29 has recently raced in the Masters FIA Sportscars series, the Monterey Historics, and the Le Mans Classic.
Complete with current (2016) FIA HTP papers and a spares package consisting of engine, nose, wheels and running spares, along with an enormous history file including road registration documents, bills of sale, correspondence, maintenance bills, and race results.