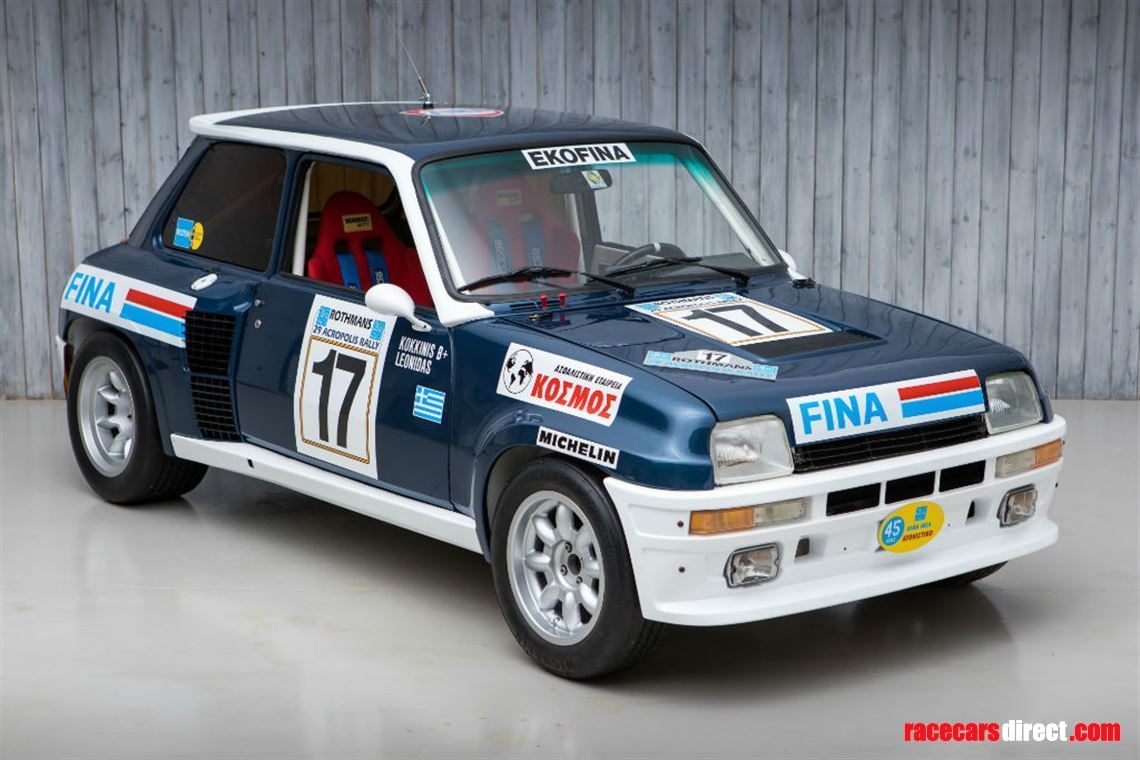 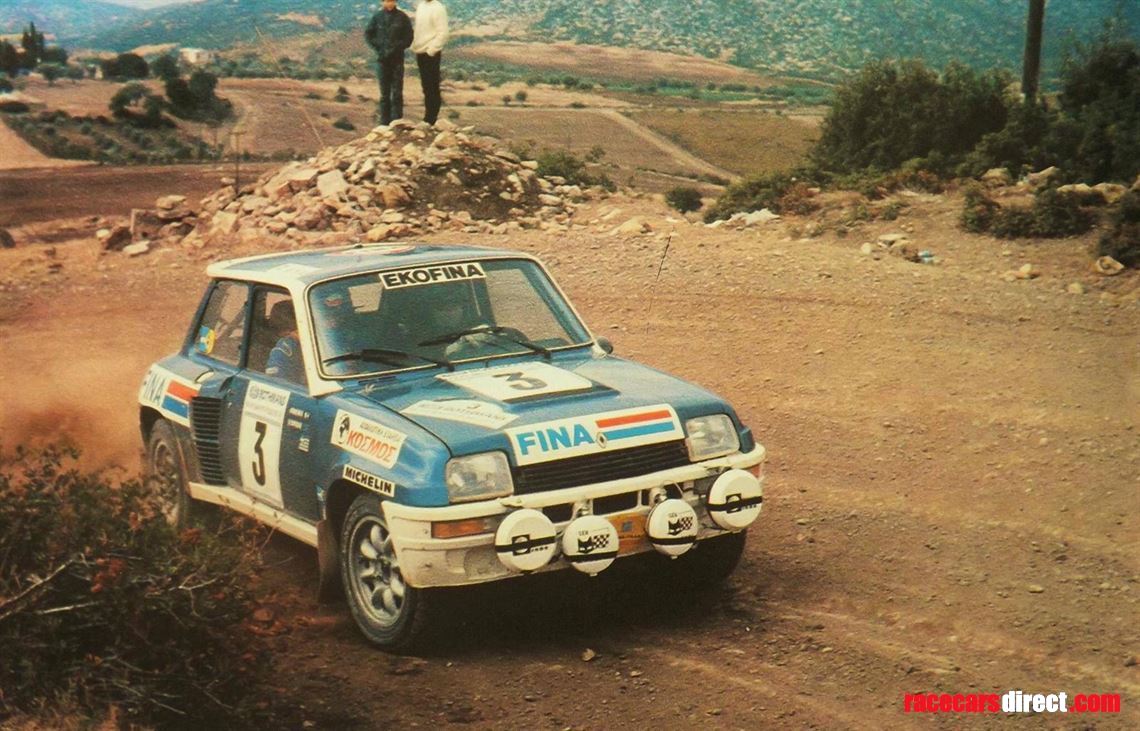 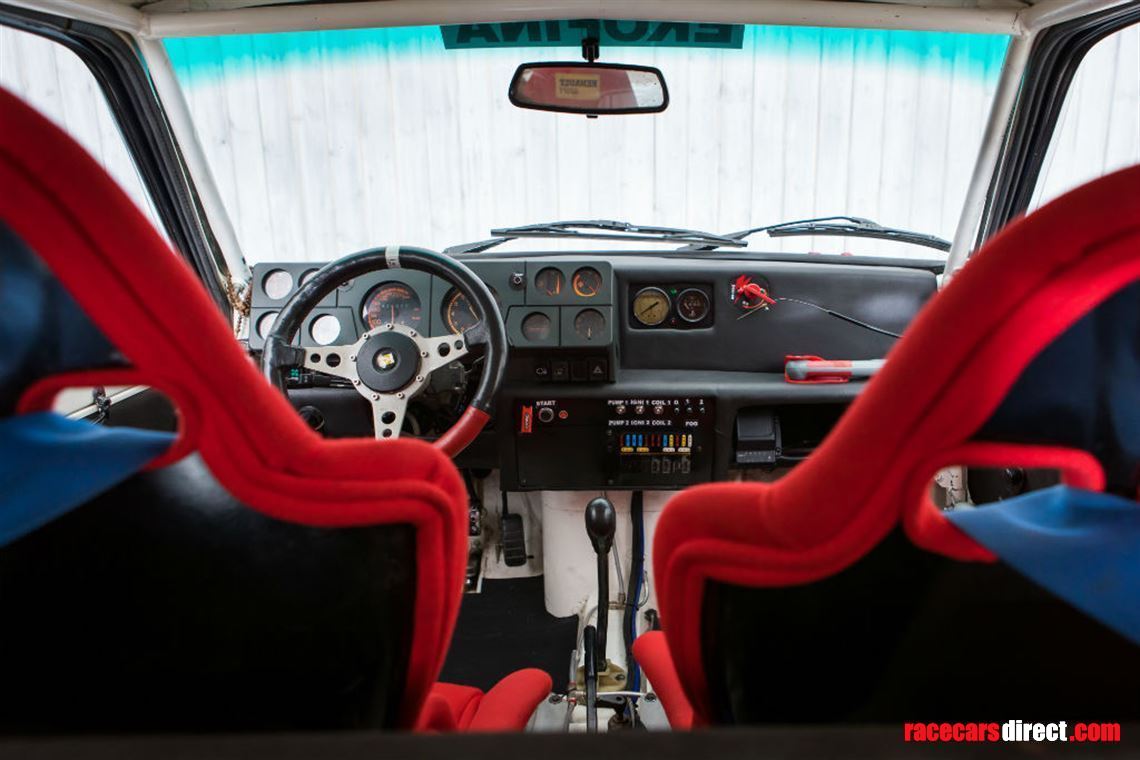 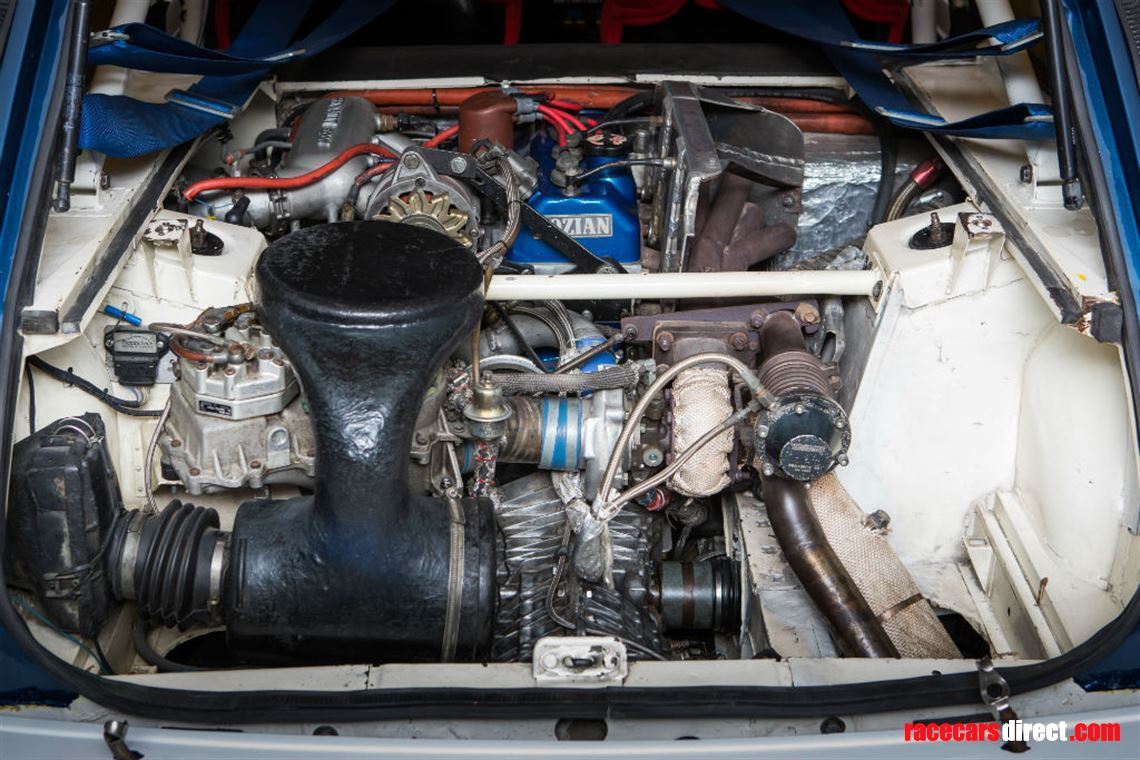 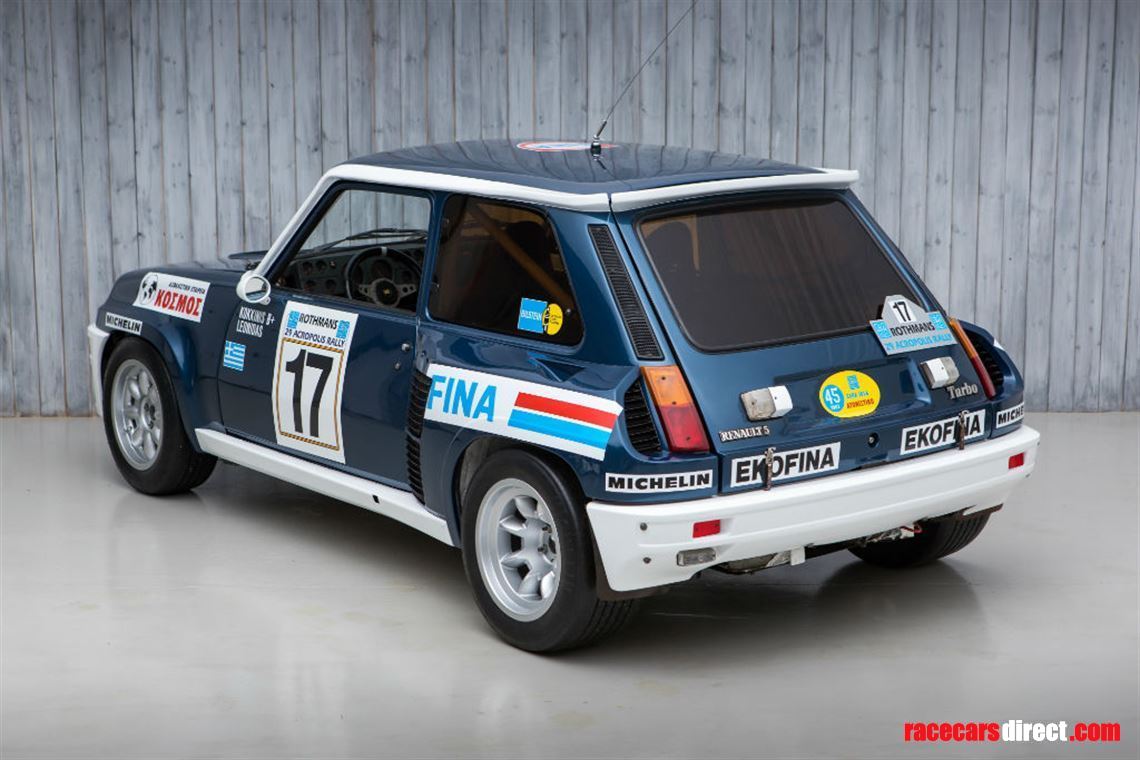 William I’Anson Ltd are pleased to offer for sale the Ex - Leonidas, 8th in the Acropolis WRC, 1981 Renault 5 Turbo Group 4.

Believed to be the works Calberson liveried Group 4 car of Bruno Saby from the 1981 Monte Carlo Rally, which was damaged during the rally and bought by Greek Renault importer and preferred client ‘Leonidas’ Alexandros Maniatopoulos.

Debuting in Greece in 1981 with Leonidas, it featuring the not yet available ‘Super Cevennes’ big turbo, dry sump engine set-up.

One of only a small number of Renault 5 Turbos to achieve a top 10 finish in the World Rally Championship.

Sold by Leonidas having been updated to Group B format with chassis number D0000020 to Kostas Damigos. Rallied twice before being bought by ‘Taki’ Dimitris Manopoulos, who campaigned it for over 30 years, scored an impressive 200 rally victories in Greece.

Offered from just the fourth ownership and presented in the FINA livery of Leonidas from the 1982 Acropolis WRC with minimal use since engine rebuild, the Renault is eligible for some of the most interesting rally and tour events in Europe.

For more information on the Ex - Leonidas, 8th in the Acropolis WRC round, 1981 Renault 5 Turbo Group 4, please enquire or visit our website here: https://williamianson.com/car/leonidas-acropolis-wrc-1981-renault-5-turbo-group-4-for-sale/

We are selling a Rondeau M482 car fitted with a DFL Ford Cosworth engine. Its chassis number is 002.

A street legal race car for daily use. Turn the open roads into a race track!