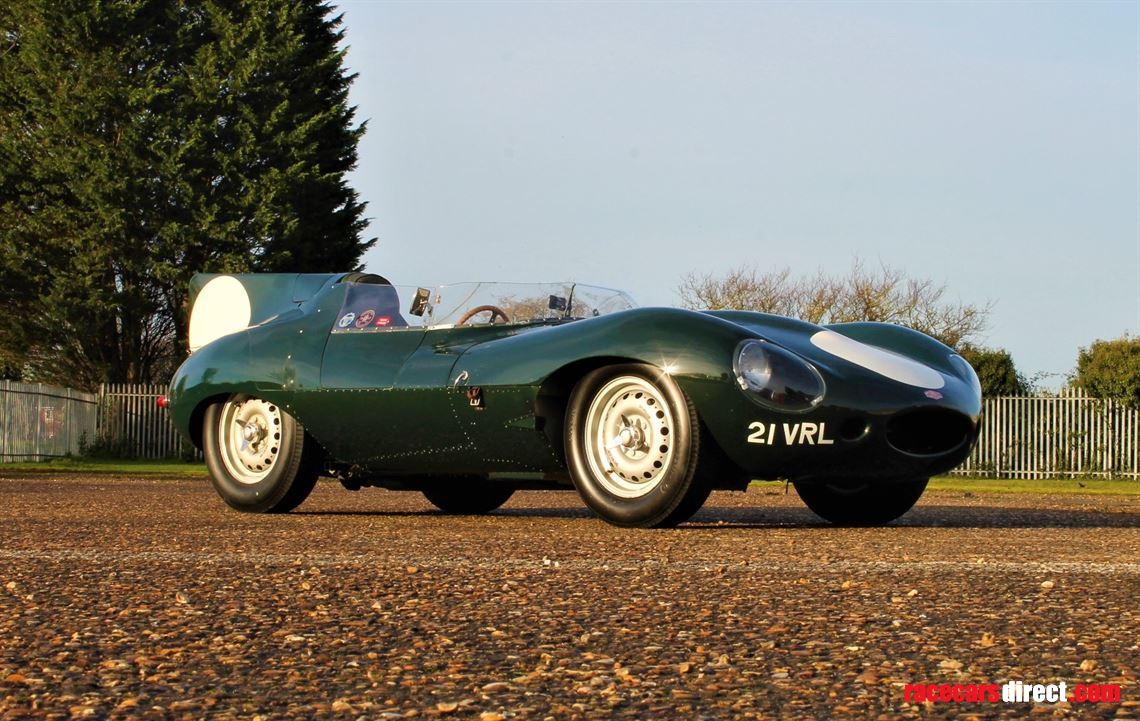 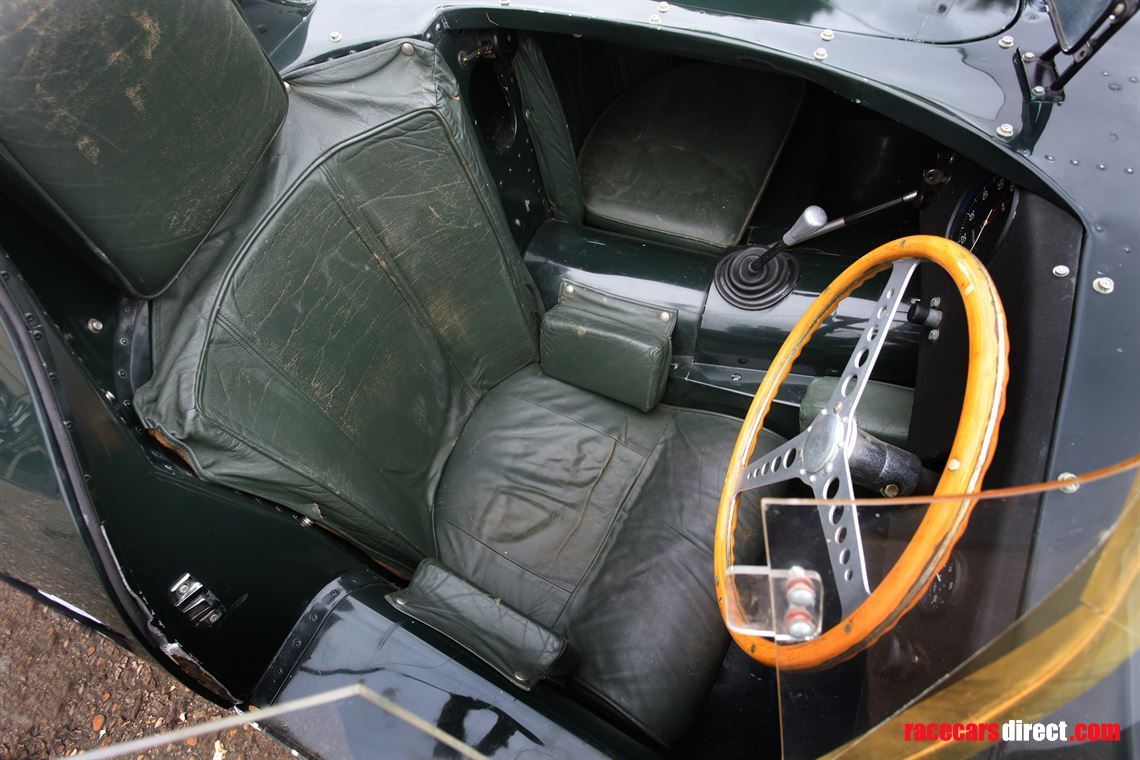 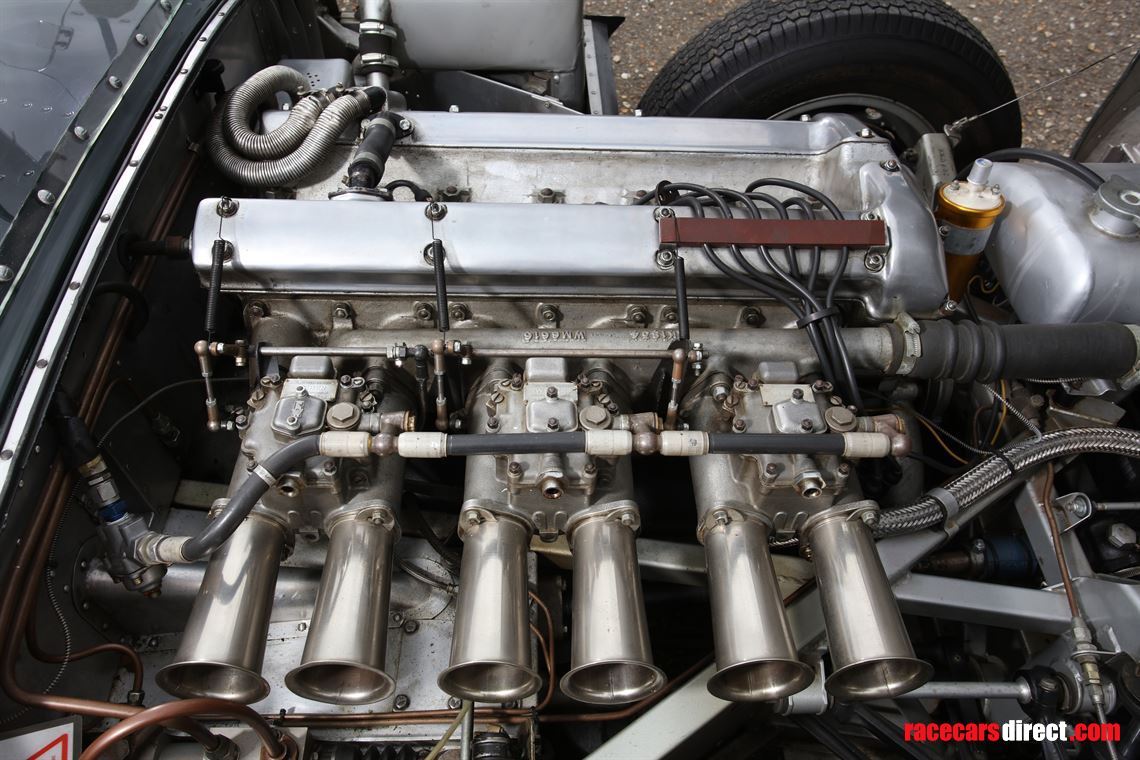 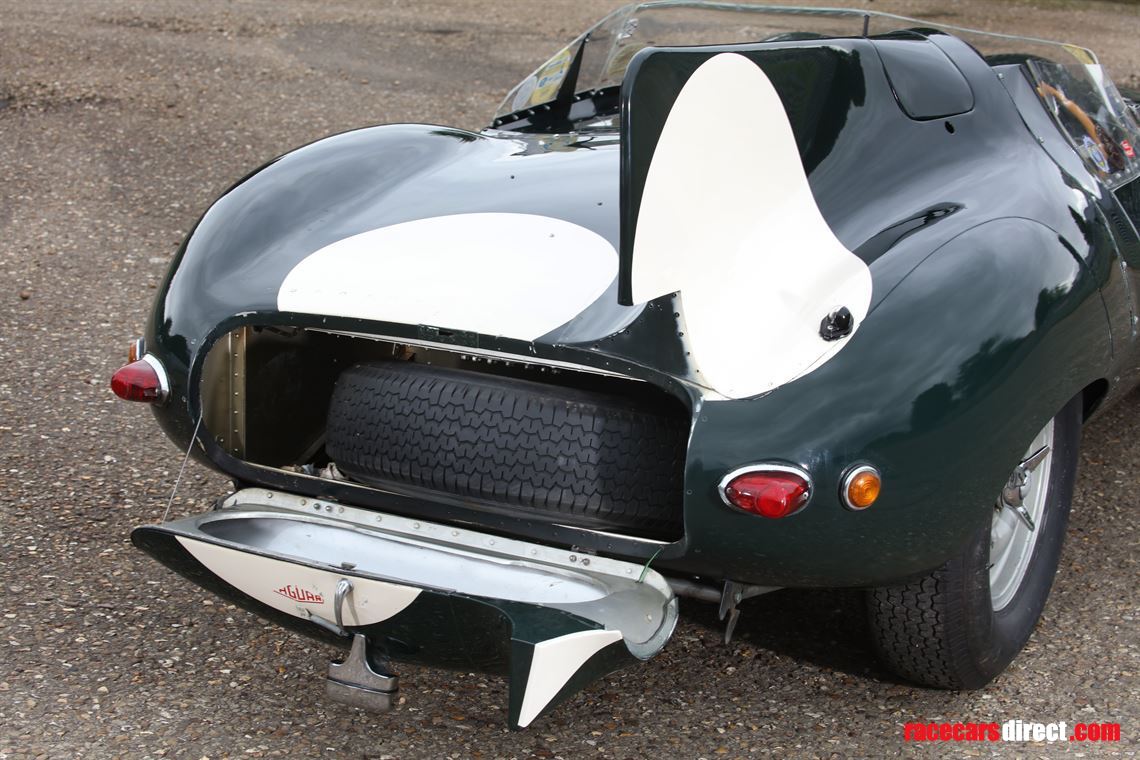 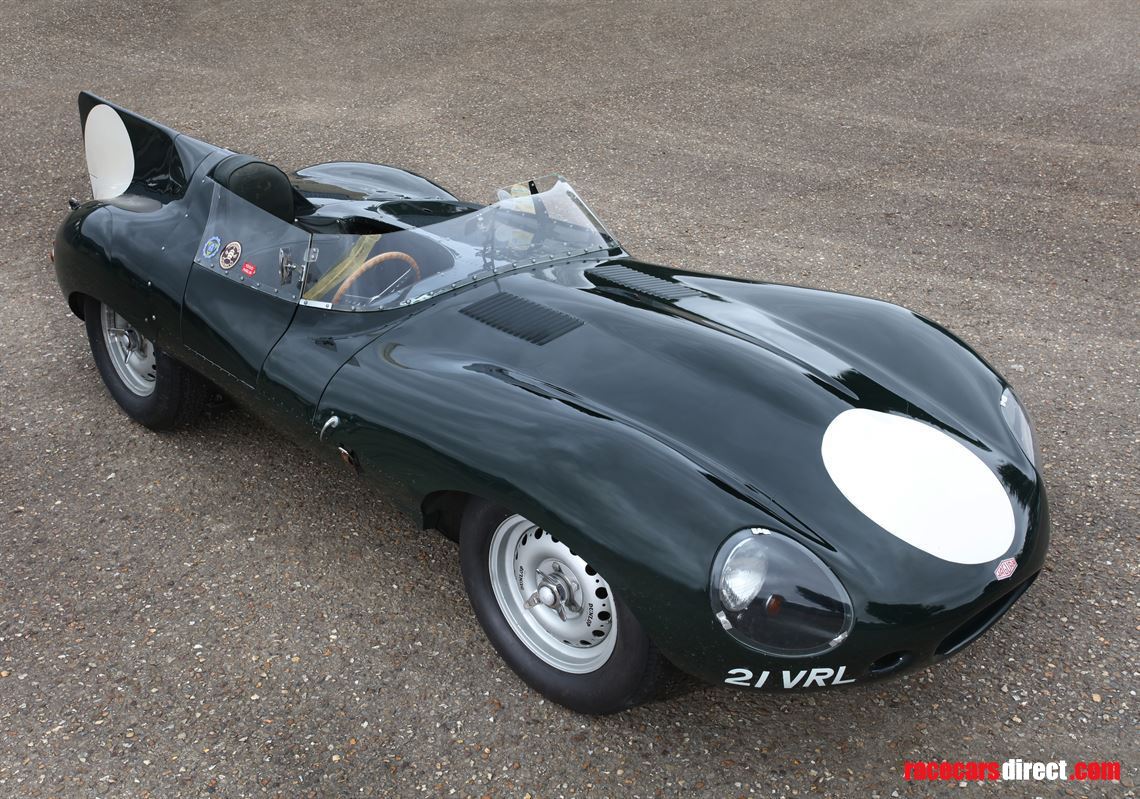 The D-Type Jaguar produced by Jaguar Cars Ltd, Built between 1954 and 1957, sharing many mechanical components with the C-Type. Jaguar pioneered the use of the monocoque chassis design and there is no denying that the Jaguar D-Type was one of the most iconic race cars ever devised, winning the 24hr Le Mans in 1955, 1956 and 1957.

This Jaguar D-type was built 40 years ago using lots of original parts to the exact “Long Nose” Le Man specification. Built during the late 70’s early 80’s by John Pearson who is a well-known Jaguar expert and long-term friend of lofty England. John was an avid collector of Jaguar racing spares having owned original D-Types, C-Types and Listers over the years. He built this for himself using original spares including engine, carburetors, gearbox, suspension, brakes etc. The monocoque and bodywork were made by Bob Smith of RS Panels.

This car has been well known by Jaguar enthusiasts for over 35 years and mentioned in Andrew Whitely Jaguar book. It has been with the current family since the mid 1980’s, used on European rallies and continental trips.

One of the first E-Type's built.