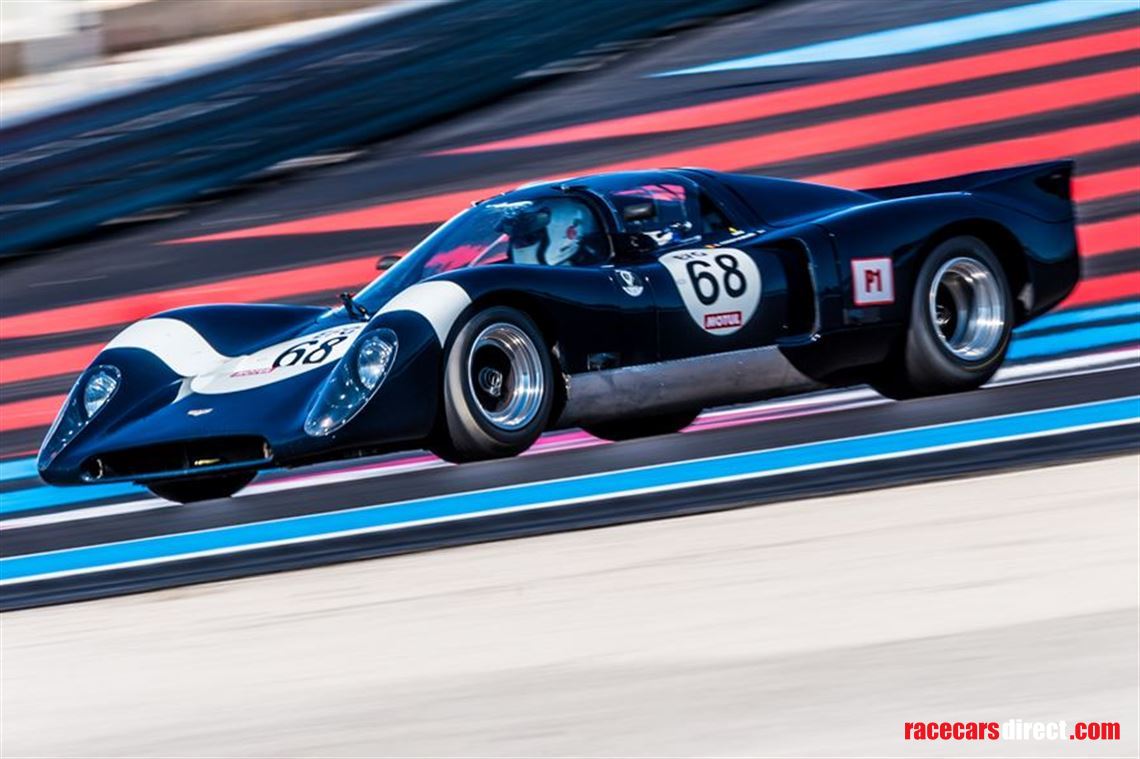 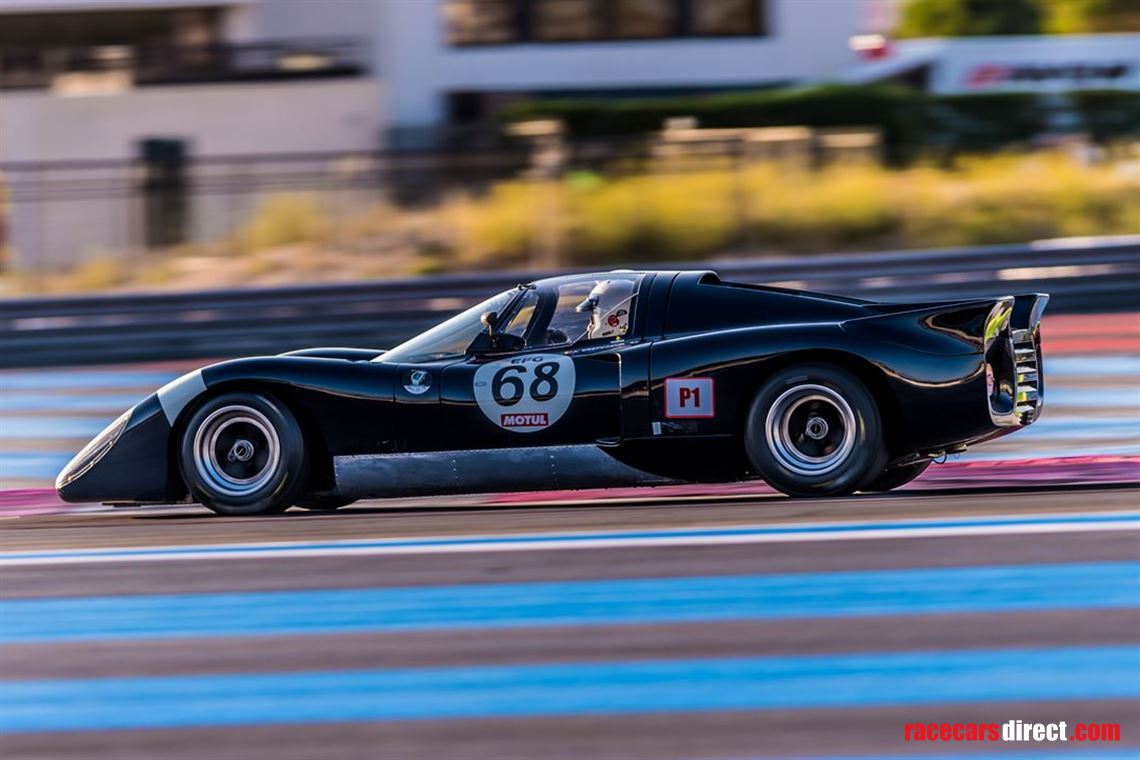 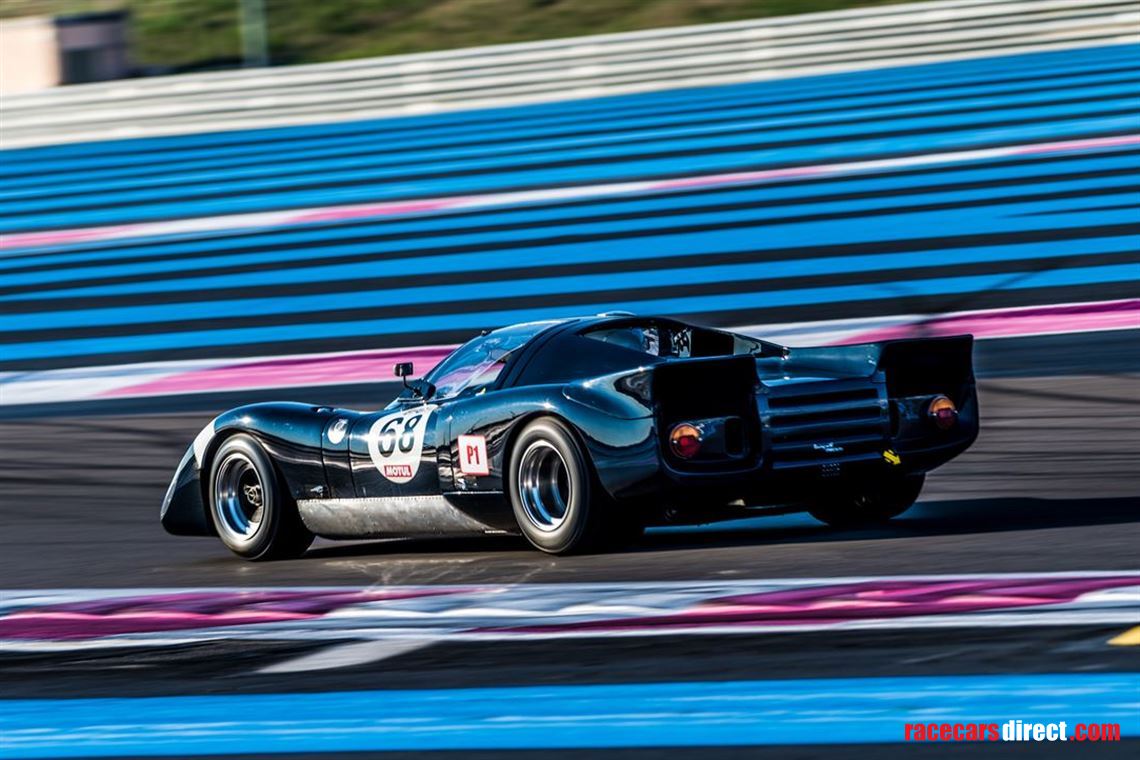 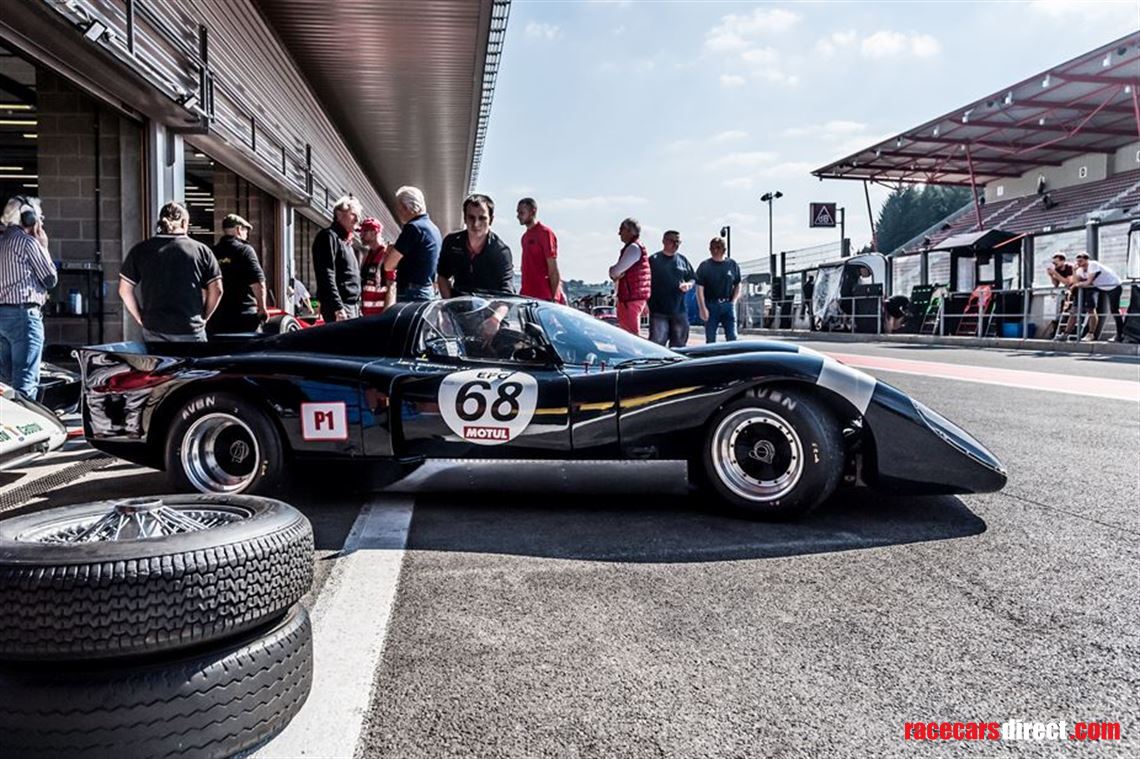 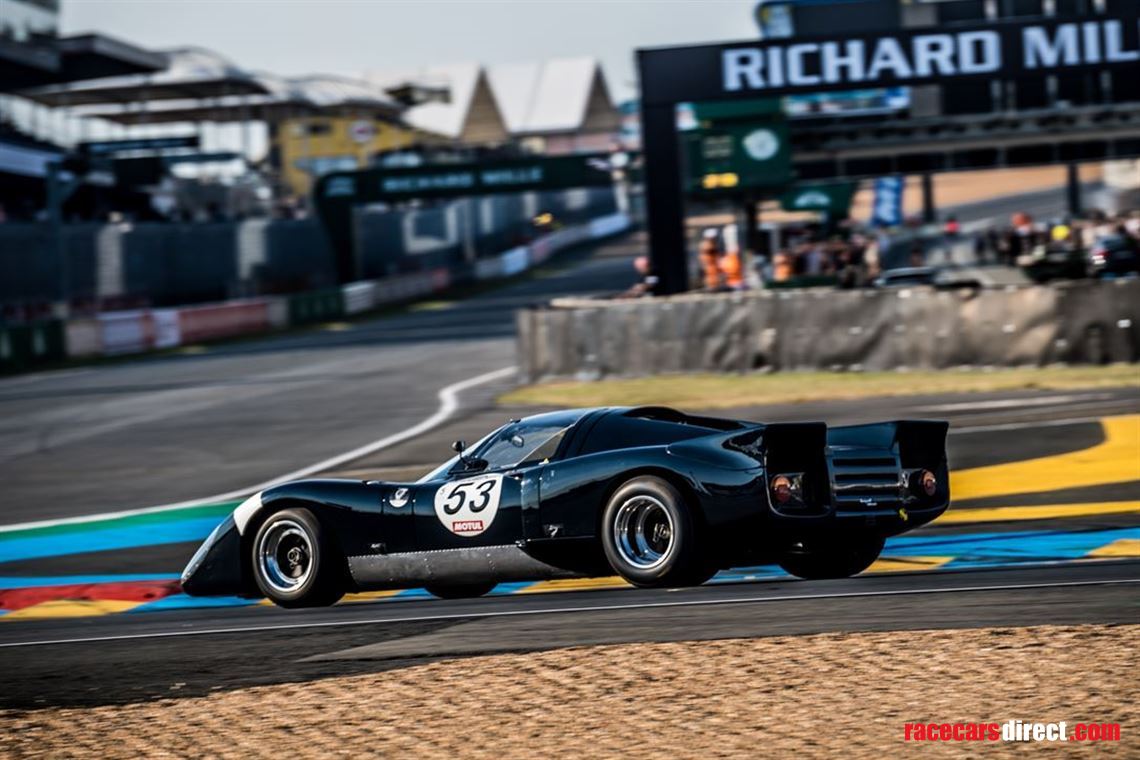 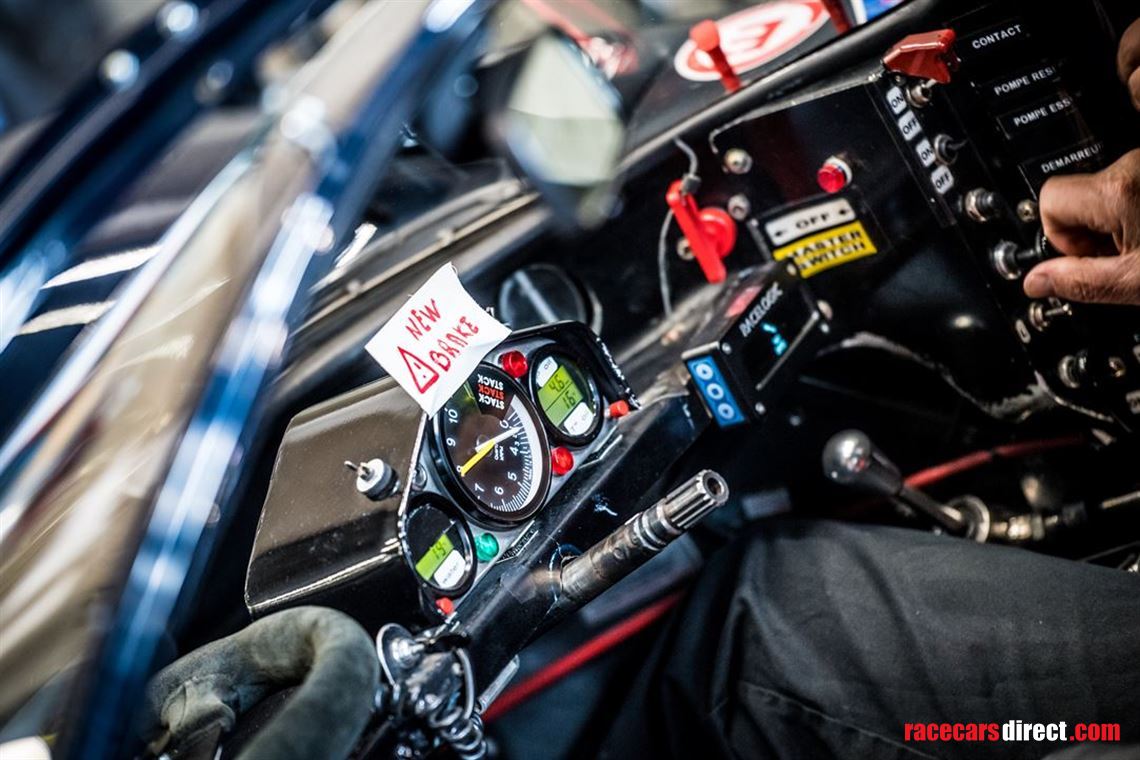 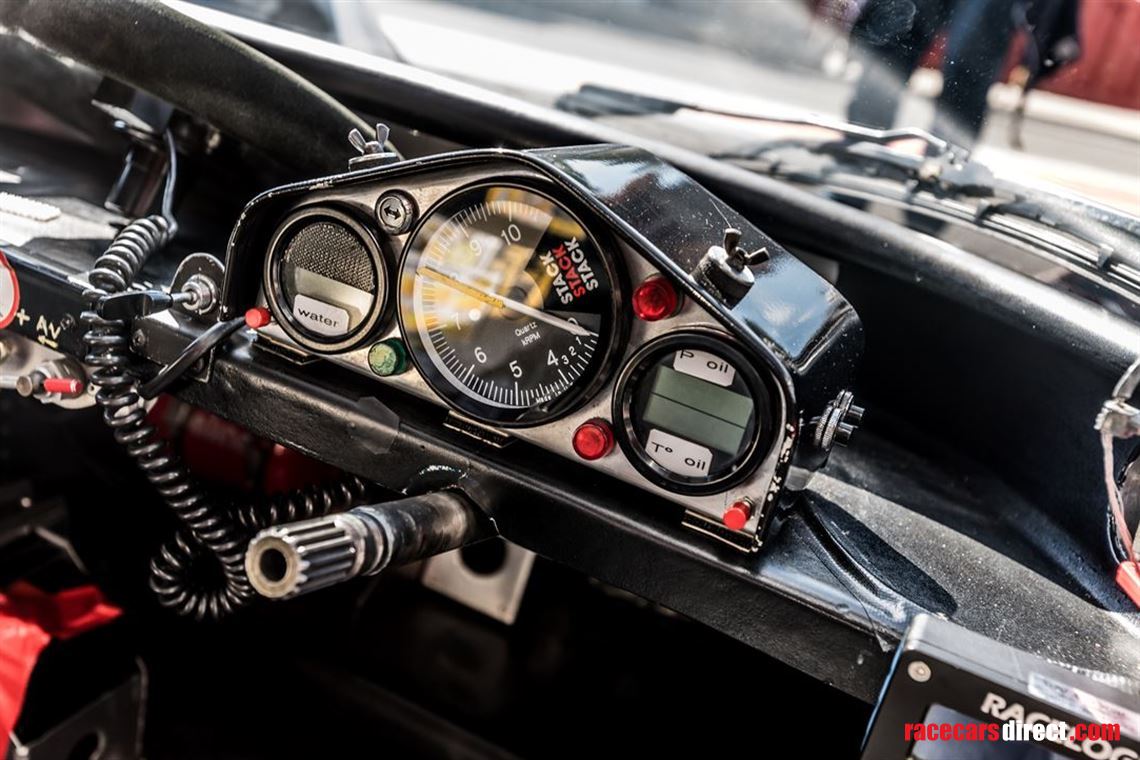 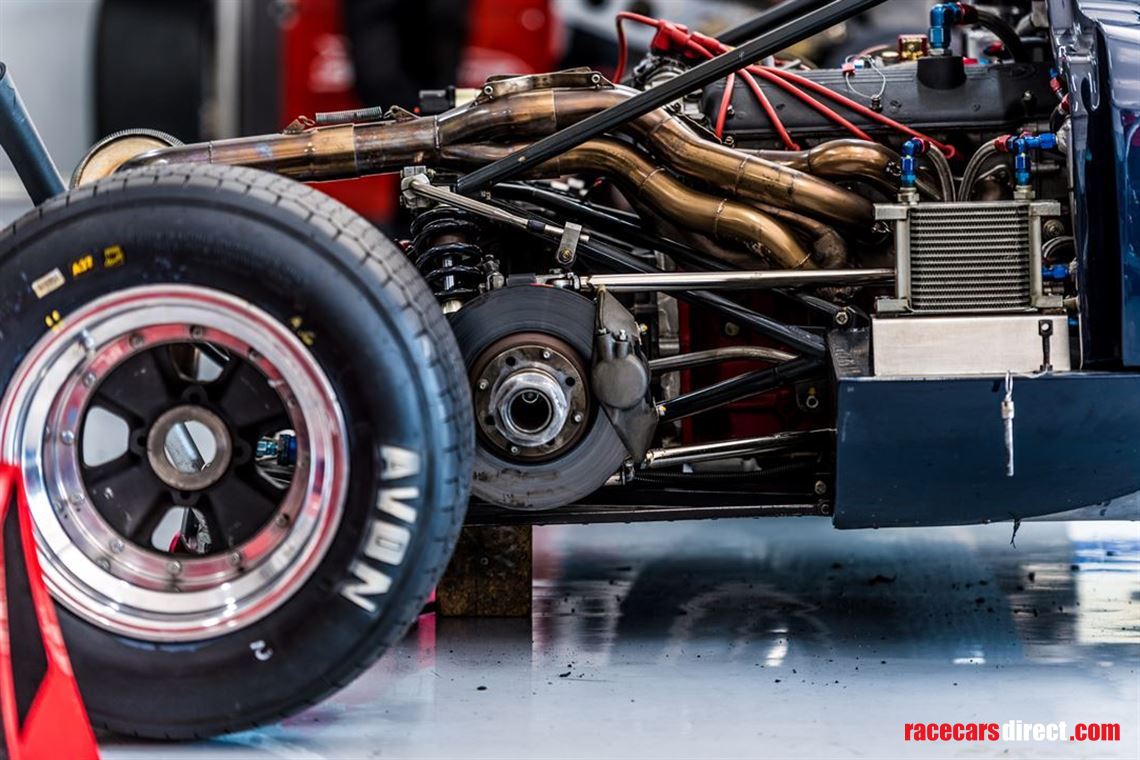 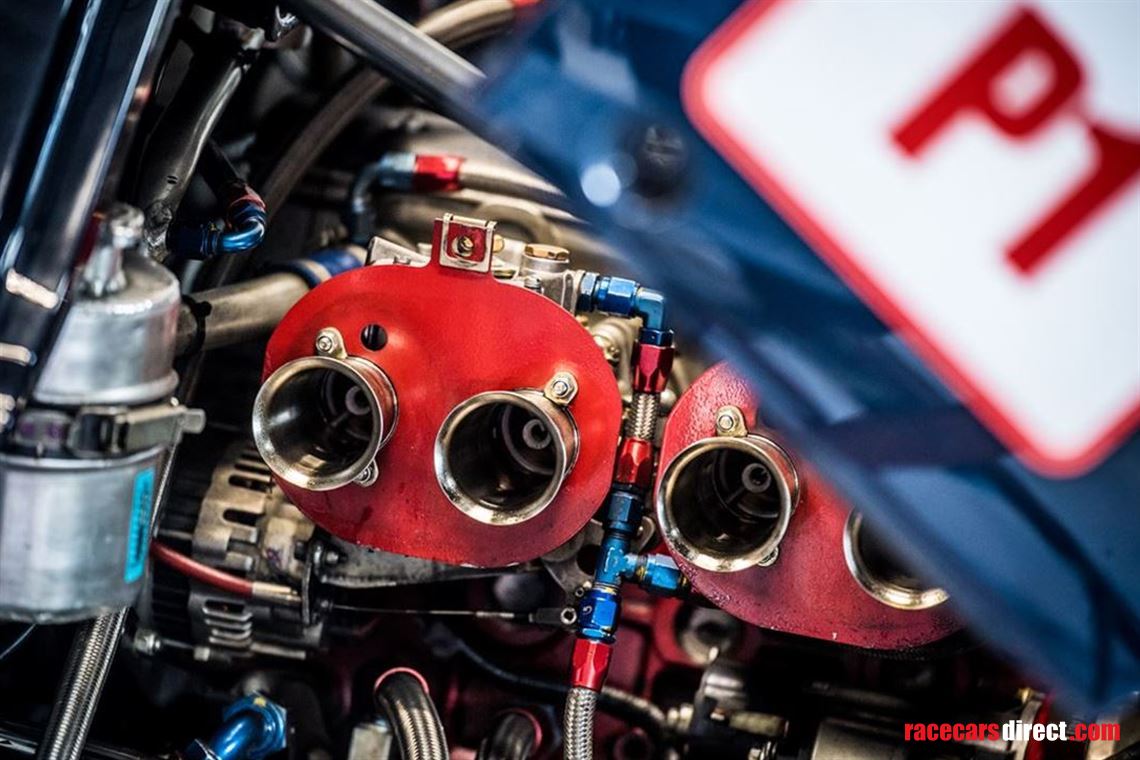 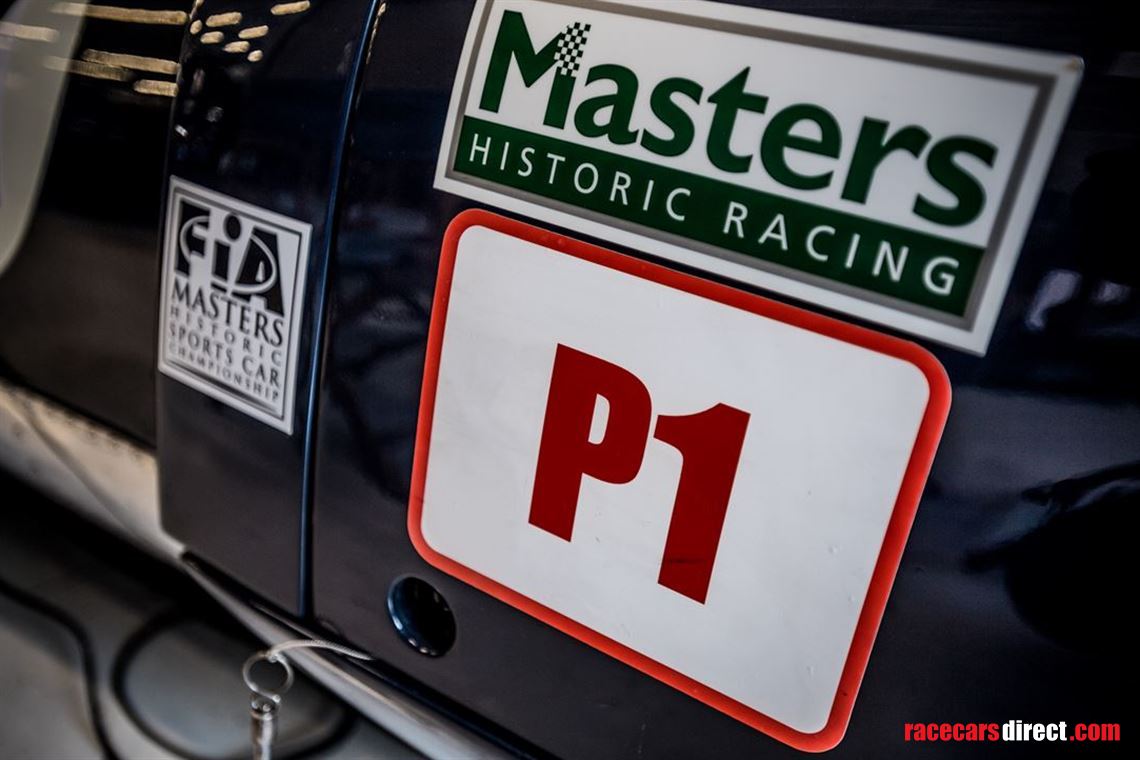 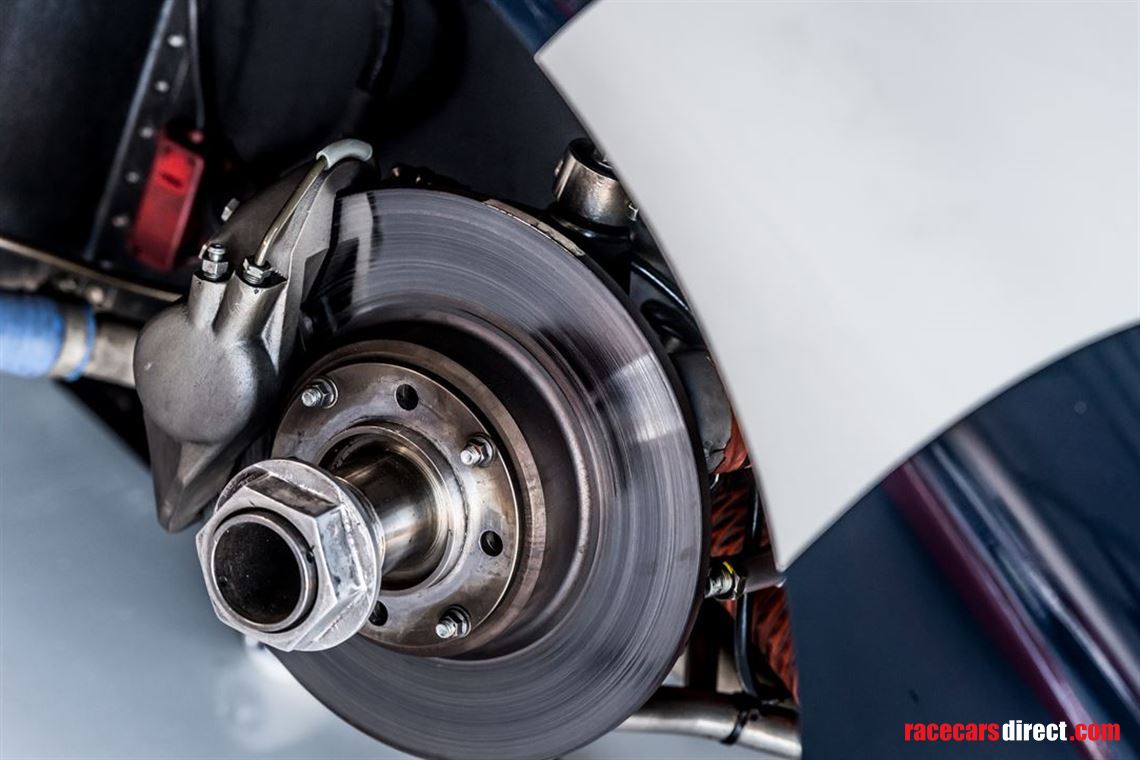 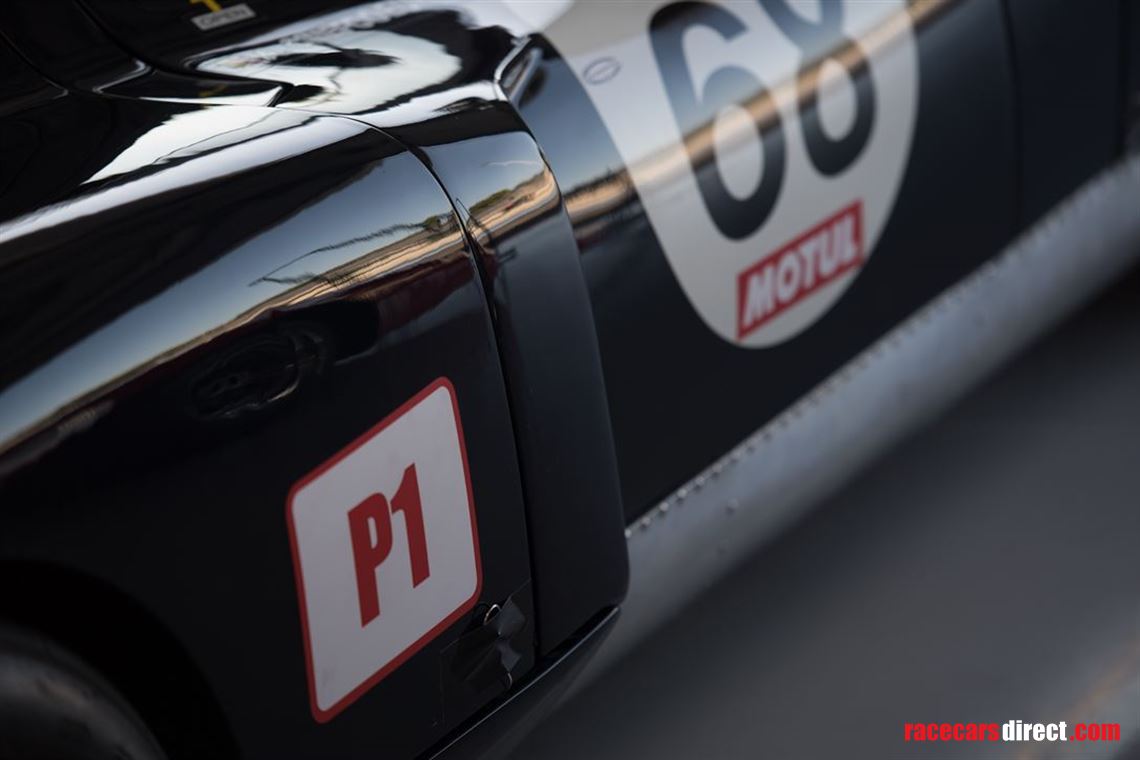 The Chevron B16, tailor-made for Group 6
The Chevron B16, designed for Group 6 competition, saw the light of day in 1970. This category was reserved for prototypes, with no minimum production required. Derek Bennett saw in it an opportunity to impose his name internationally and, above all, a way to capitalize on his previous creations, from the Chevron B8 to the single-seater Chevrons (such as the B9 and the B17, both designed for Formula 3 racing).

The B16 caught the eye right from the start. Carefully designed, it attracted attention with its low-slung body. The Chevron B16 was no higher than the roll bar of the Formula 3 cars that this true craftsman was building at that time. Derek Bennett made full use of the construction and design methods he already knew and did not try to revolutionize his winning recipe. The B16 was simply a more ingenious, optimized Chevron. The chassis took the shape of a shallow multi-tube frame, similar to Maserati's "birdcages". The riveted and glued body was made of aluminium, and was taken directly from the world of aviation. It also incorporated steel of different thicknesses.

The central section was made up of two tubular sub-sections bolted to the covered part of the frame. It was therefore not a true monocoque, a fact that speeded up faster repair work after an accident. This solution was chosen by Derek Bennett so as to be able to quickly offer an alternative solution to his customers of the time. There was no need to wait for a full new body to be built or to order a new chassis. It was a smart solution, similar to that proposed by Bruce McLaren on his Can-Am cars.

The Chevron B16 incorporated several other good ideas: the mounting of the oil reservoir at the front partially compensated for the weight of the driver. The doors had inbuilt intake ducts to cool not only the oil and the rear brakes, but also the driver. At high speed, the atmospheric pressure inside the cockpit caused small vents to open, thus allowing fresh air to flow through the cockpit itself. Driving in a nicely cool cockpit is always better than in an overheated cockpit, is it not?

Originally powered by a BMW engine (in the still-in-development prototype version), the Chevron B16 was subsequently fitted with a Cosworth FVA engine (renamed FVC). Later, one Chevron B16 was fitted with a Mazda Wankel engine, becoming the first car to line up on a starting grid with a rotary engine... thus heralding the 1991 victory!

DBE-06: A significant palmares in international races
Ascott Collection is proud to present for sale this Chevron B16 DBE-06. Acquired in 1970 by the British Team Worcestershire Racing Association, this Chevron B16 was actively engaged by John Burton during 1970. In the hotly contested 2 Litre Championship and RAC Sports Cars, John Burton achieved impressive results at the wheel.

Indeed, DBE-06 and John Burton regularly qualified at the top of the standings. Not taking part in all the races, John Burton obtained a 7th place in the 1970 2-litre Championship.

Among his feats of arms in 1970, there is a victory in the first race of the RAC Snetterton on March 27th 1970, then a 3rd place in the Paul Ricard International Trophy on April 19th 1970. John Burton finished behind Brian Redman and Joachim Bonnier, impressive!

On May 3, the 300 km race in Hämeenlina will this time be won. At Silverstone International on April 26th, he finished 2nd. A 2nd place will again be assured at the GP Jyllandsringen on August 23rd and at Brands Hatch (RAC) on August 31st. On September 20th John Burton and his Chevron b16 finished at the foot of the podium during the 500 km of SPA.

In 1971, DBE-06 changes hands. Trevor Twaites is now at the controls and the Intertech Steering Wheels team manages the car. DBE-06 will again be entered in the RAC races, the 2 litre championship and endurance races such as the 1000 km of Brands Hatch. With its new driver DBE-06 is rather in the top 10. Trevor Twaites still managed to place 5th at Oulton Park on April 9, 1971 and at the Croft Rothmans International Trophy Race Meeting on September 10, 1971.

A very well prepared car sold with a large lot of parts
Benefiting from a significant track record during this period, it then passed into the hands of celebrities such as Sir Stirling Moss and well-known collectors/competitors such as Mr Kent Abrahamsson and Michel Quiniou. The latter kept it for no less than 18 years during which DBE-06 was regularly engaged in historic races where it was most often at the top of the rankings.

Acquired in 2017 by its current owner, it was entrusted to the Belgian workshop MEC Auto who has kept it at a high level of preparation. Complying with Peter Auto regulations, DBE-06 is eligible for numerous races in Classic Endurance Racing 1 as well as in Le Mans Classic on Plateau 5 where it has been entered several times. Its BMW 2 litre M10 engine is maintained by Lester Owen. An important set of parts is included in the sale. It consists of a second BMW M10 engine to be overhauled, bonnets, 12 wheels, gearbox ratios, suspension and brake parts as well as an impressive historical file. The tanks are valid until 2022 and its PTH is valid until 2027.
DBE-06 offers a rare opportunity for a collector or competitor looking for an undisputed car with a significant race history.

Hyundai i30 TCR complete with spares package and sea freight to any major port worldwide.