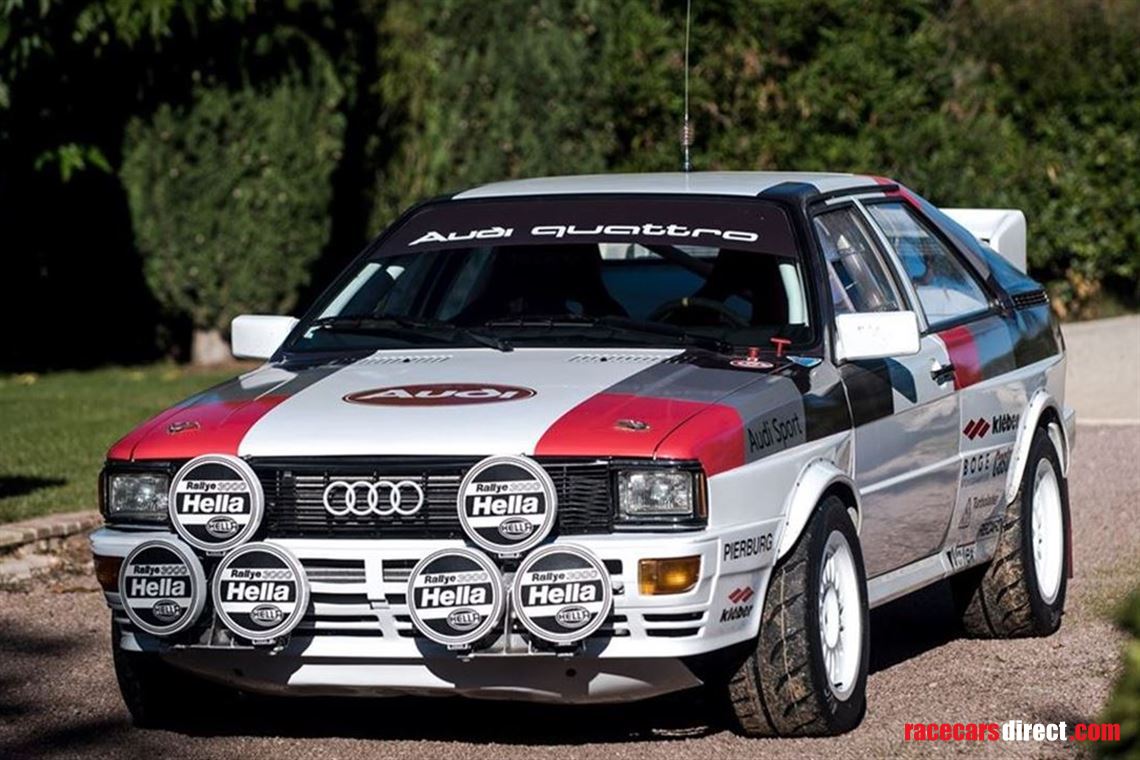 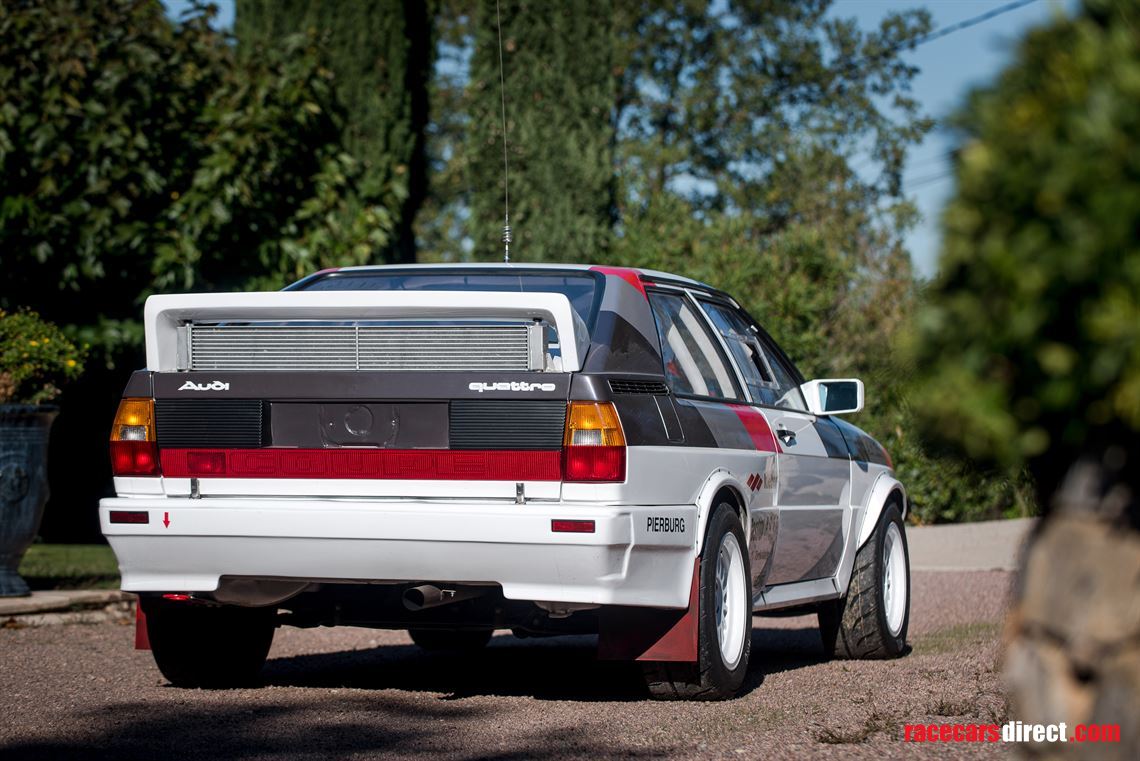 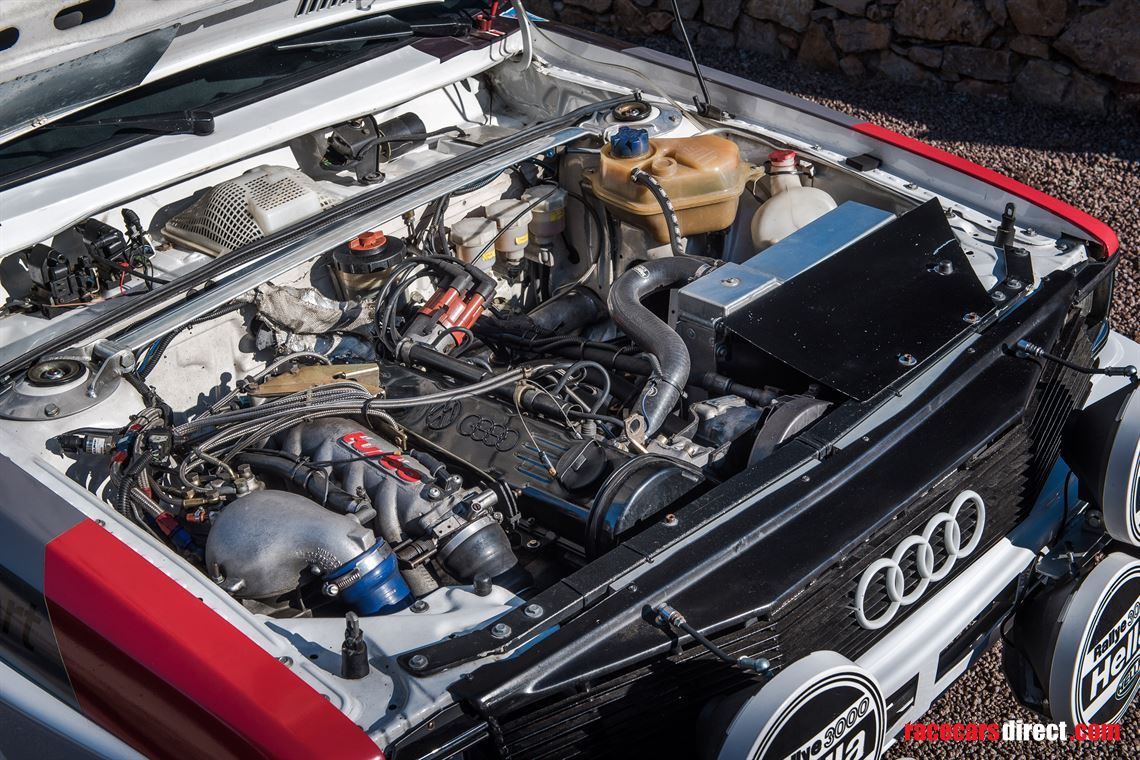 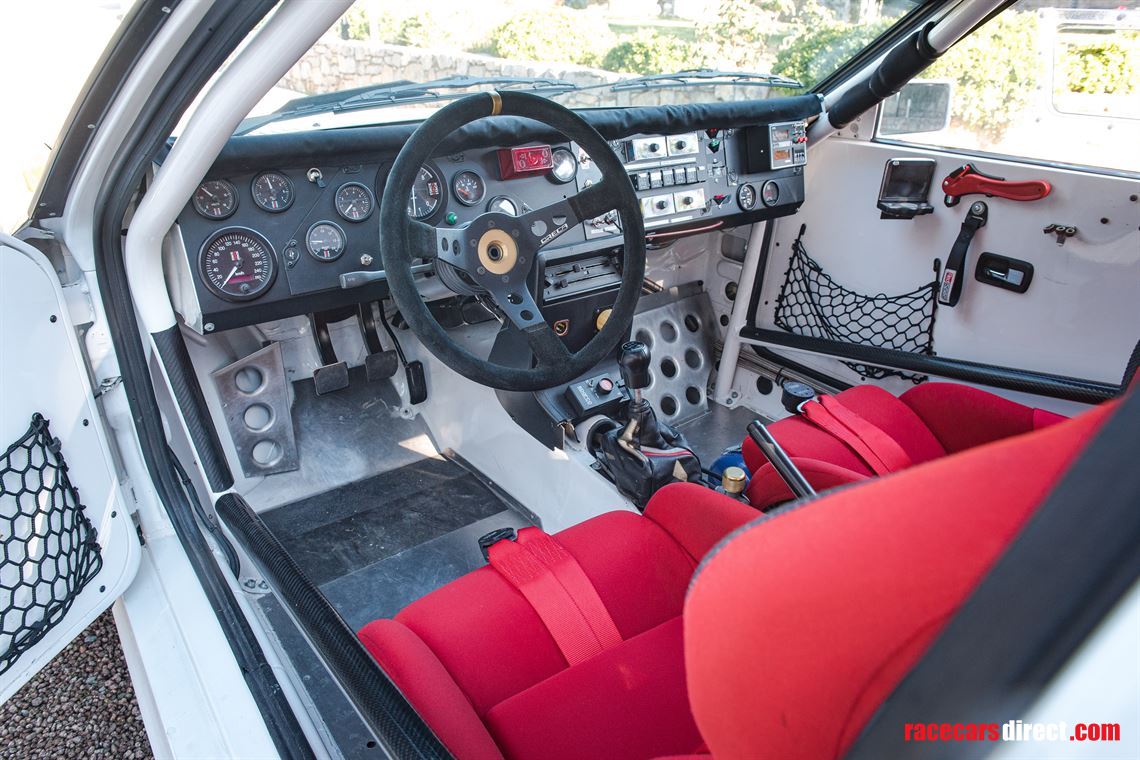 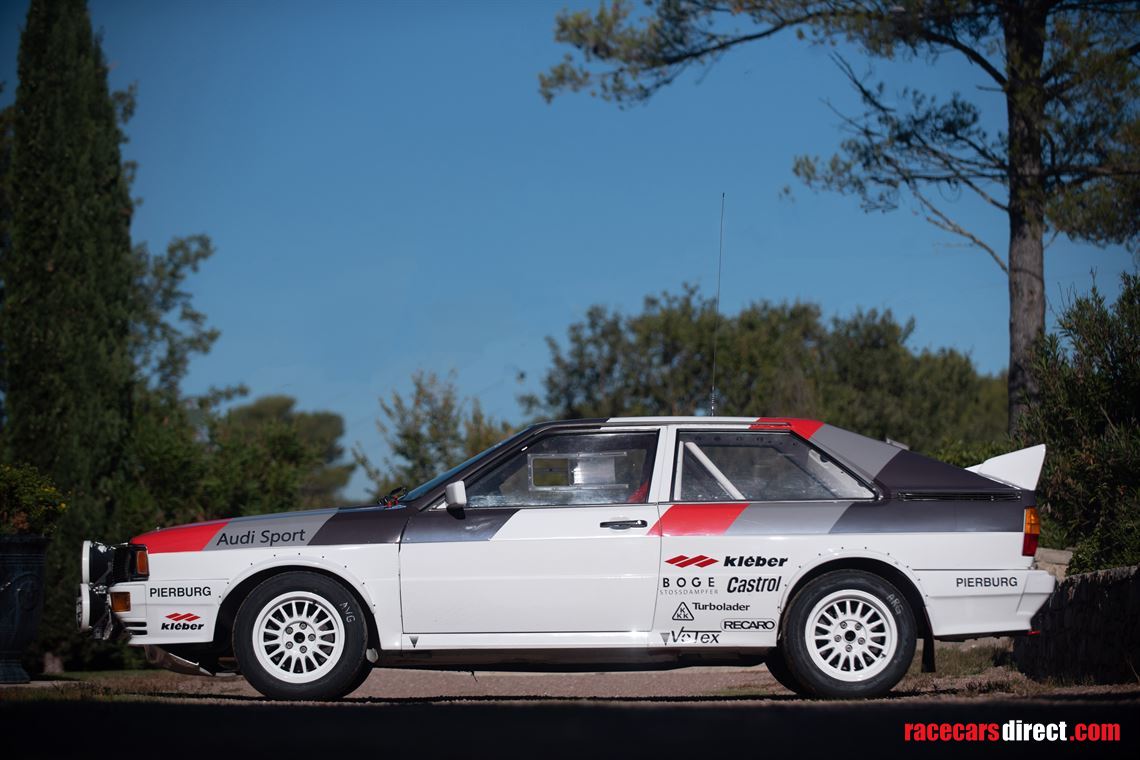 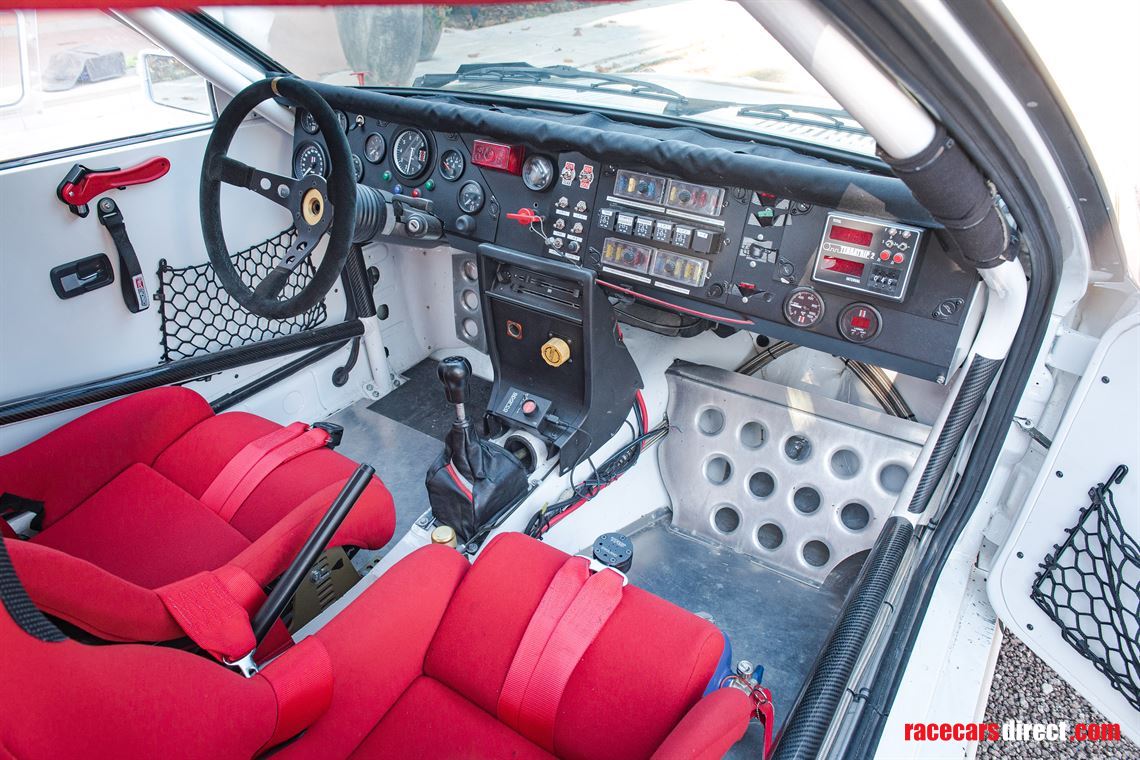 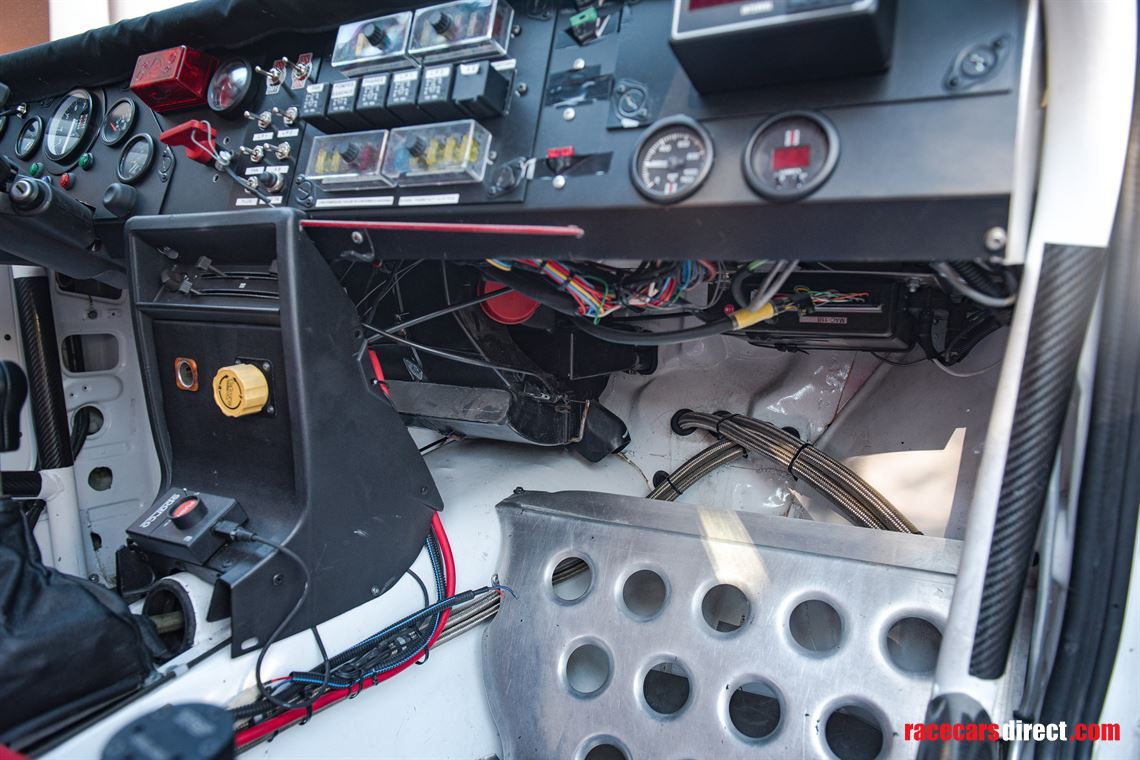 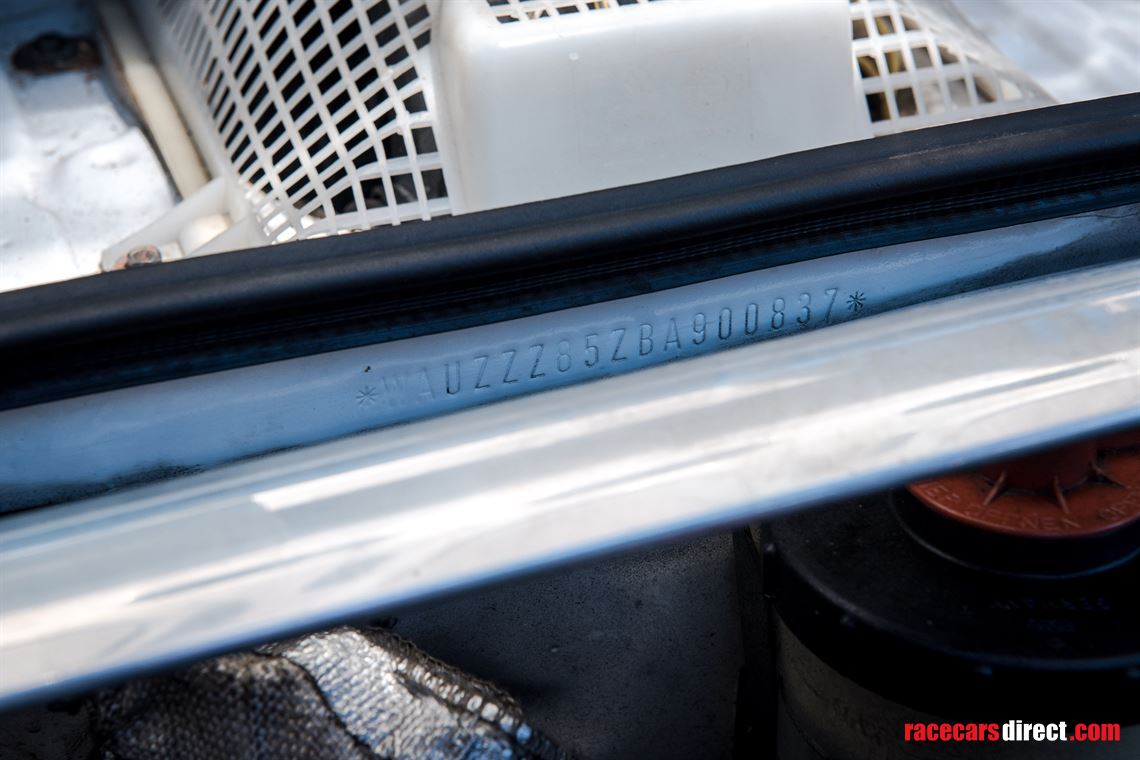 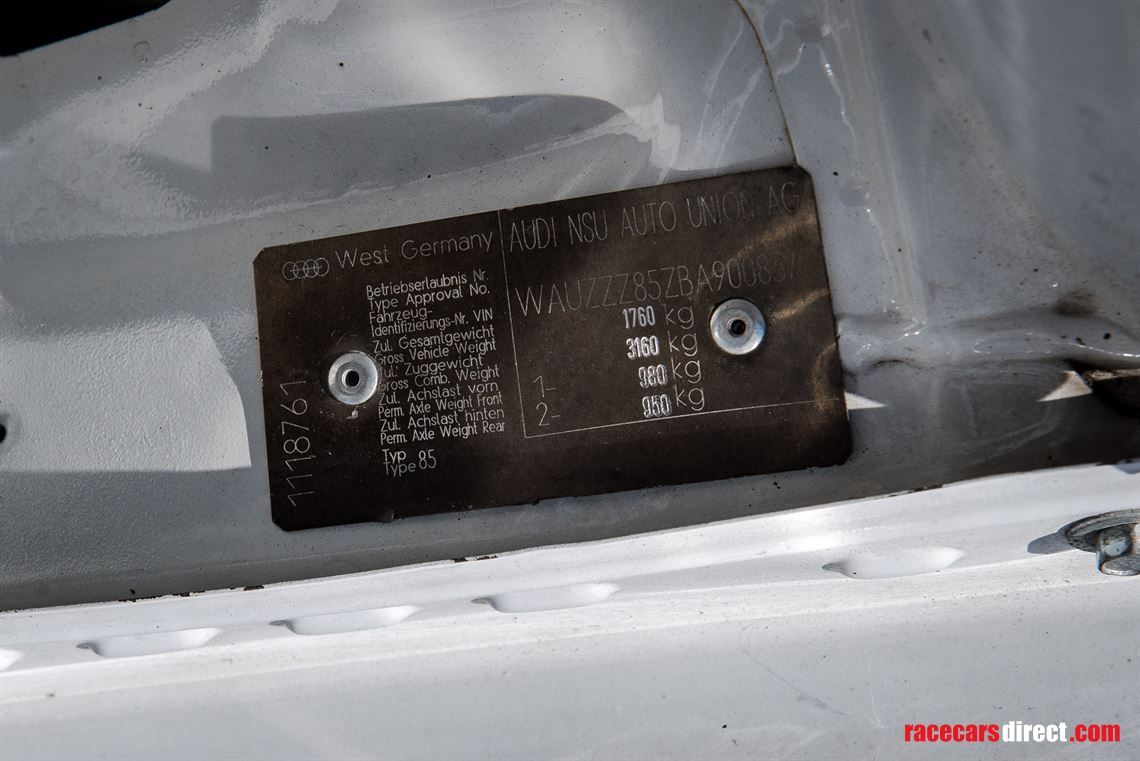 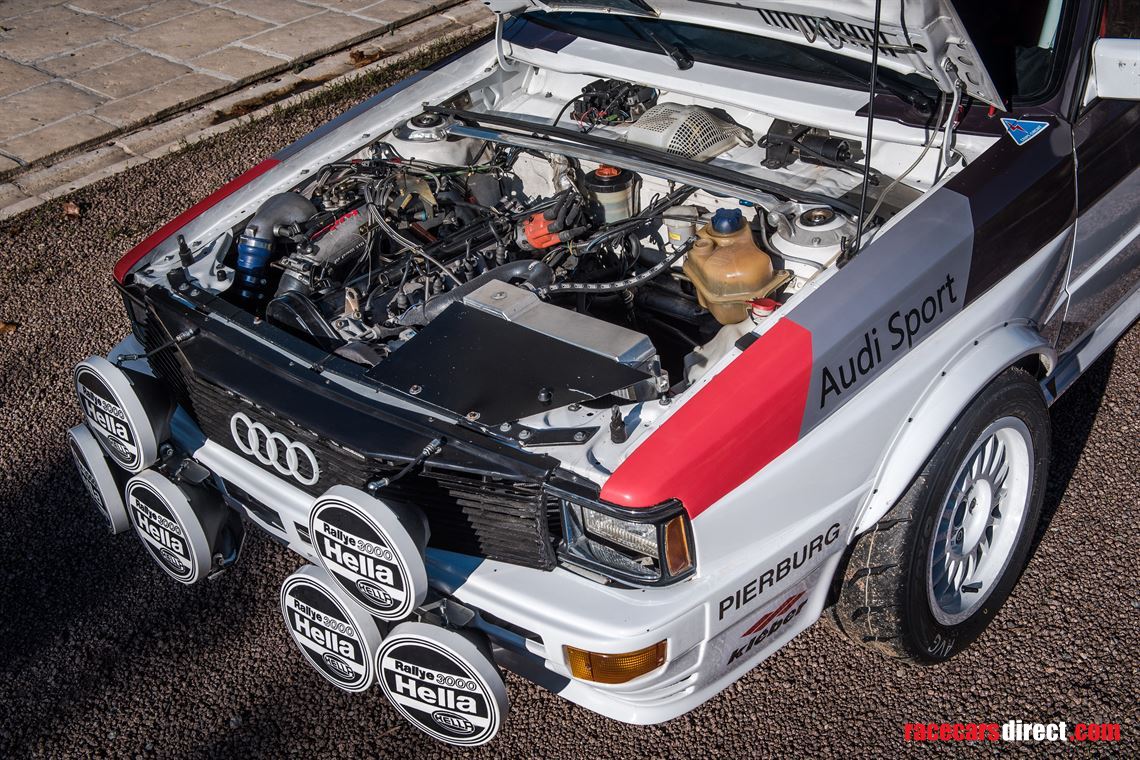 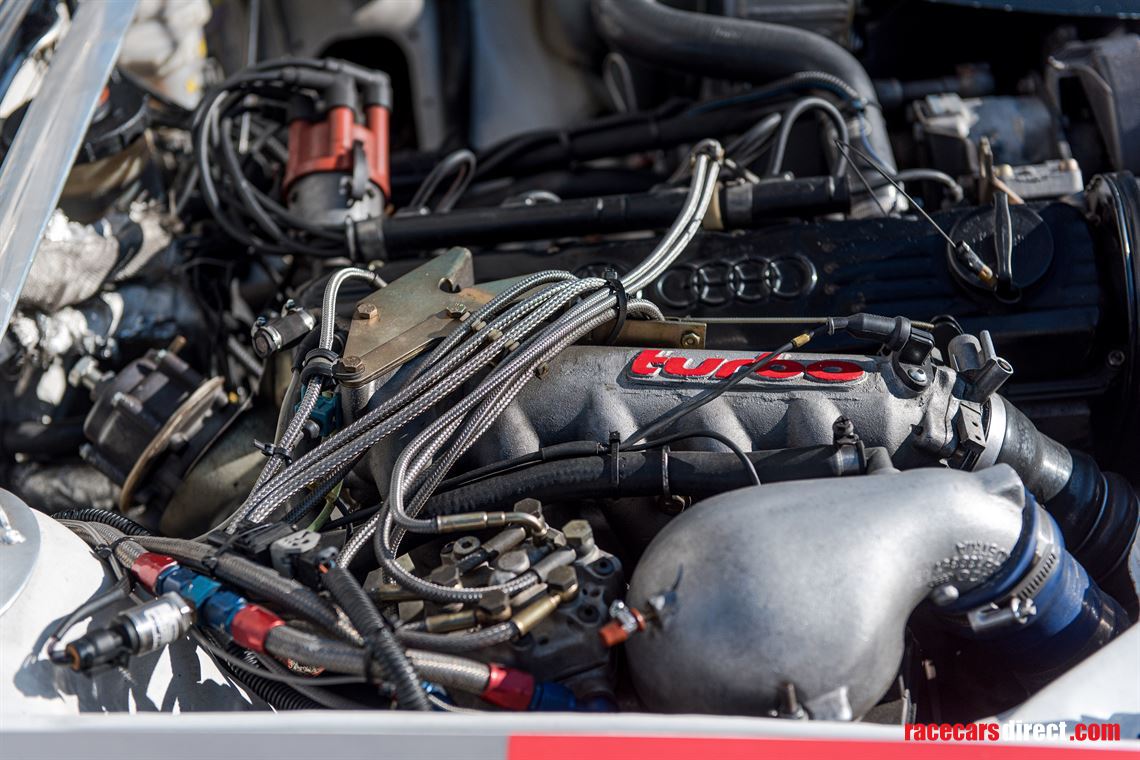 It is impossible to understate the long-term ramifications of Audi’s brilliant interpretation of a rule change allowing four-wheel-drive cars to compete in rally racing. Not only did the Audi quattro prove a dominant force almost from its inception, the impact of wide standardisation of all-wheel-drive on road-going cars remains four decades later.

Starting life as a 1981 quattro B2, this example comes from the first full model year. The car has been thoroughly overhauled and prepared for racing with a custom-fabricated multi-point roll cage, Recaro racing seats fitted with Sparco six-point harnesses, a fire-suppression system, and a custom, stripped interior with extensive instrumentation including the obligatory trip master and digital stopwatches necessary for timed rallying.

Under the hood sits the legendary turbocharged 2.1-litre inline five-cylinder engine, which was prepared in 2014 by Lehmann, the Liechtenstein-based Audi Sport engine provider. In compliance with FIA regulations, the car retains Bosch K-Jetronic fuel injection, twin fuel pumps, and a 1.1-bar KKK turbocharger. A five-speed manual gearbox overhauled in 2013 by France’s Marrel et Pelin distributes motivation to all four corners through a ZF center differential and self-locking front and rear differentials.

Traction was what set the quattro apart when new, and this example makes the best of its power with Bilstein shocks and Eibach/Audi Sport MacPherson struts. Beefy four-piston calipers bring things to a halt, and the car retains 8-inch-wide wheels wearing Toyo R888 competition tires. Recently, the car has been campaigned in French rallying including the Rallye de Haute Provence in 2015 and 2016.

The quattro offered here is presented with French registration as well as an FIA HTP valid through 2026, and it is a reliable, ready-to-race vehicle with mounting points for Hella auxiliary lighting. Though racing is not as simple as “bring a helmet,” this Audi quattro will be delivered to its next owner with an extensive package of spare parts extending from the expected -- plenty of wheels, body panels, and powertrain components -- to various simple maintenance parts.

This is the fastest MG Metro 6R4 in the world. 27.89s Closed Car Record at Shelsley Waslh