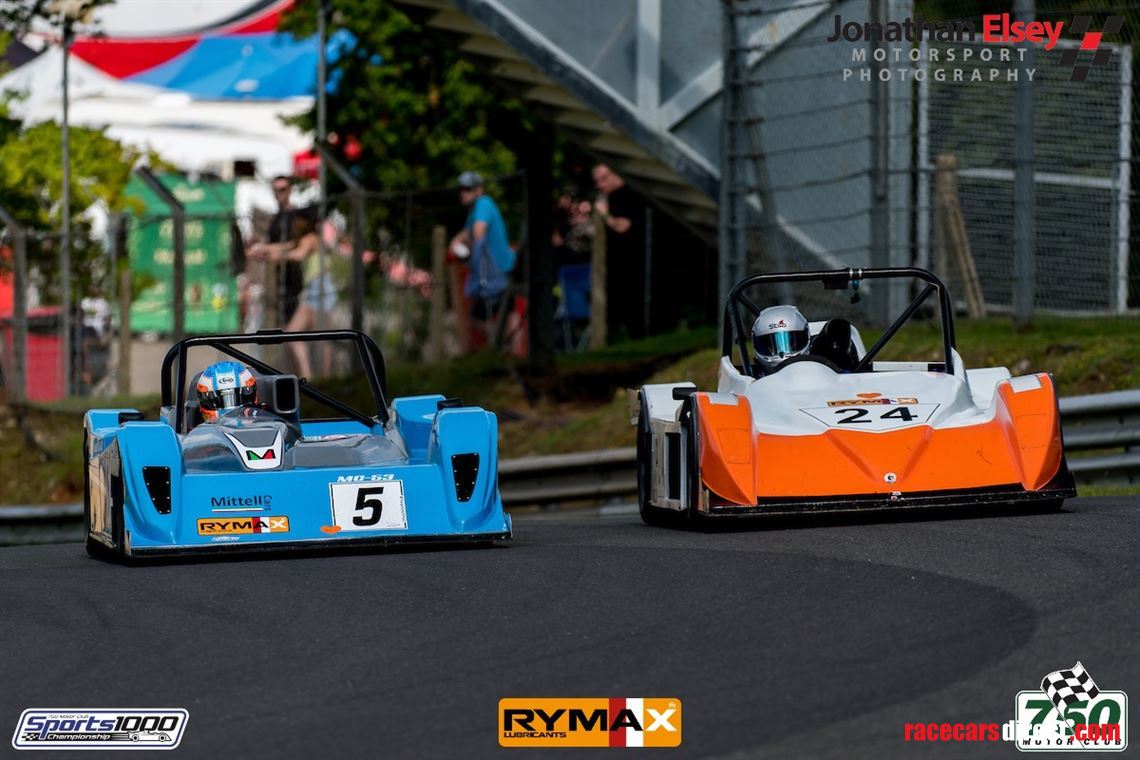 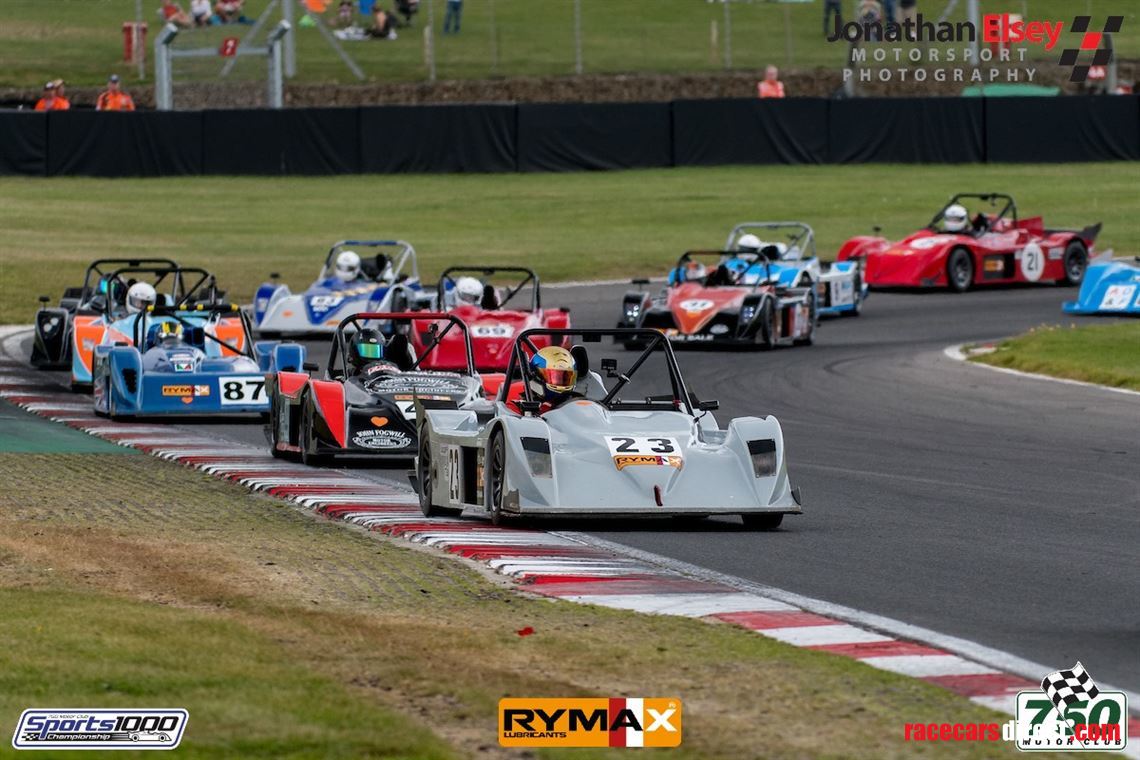 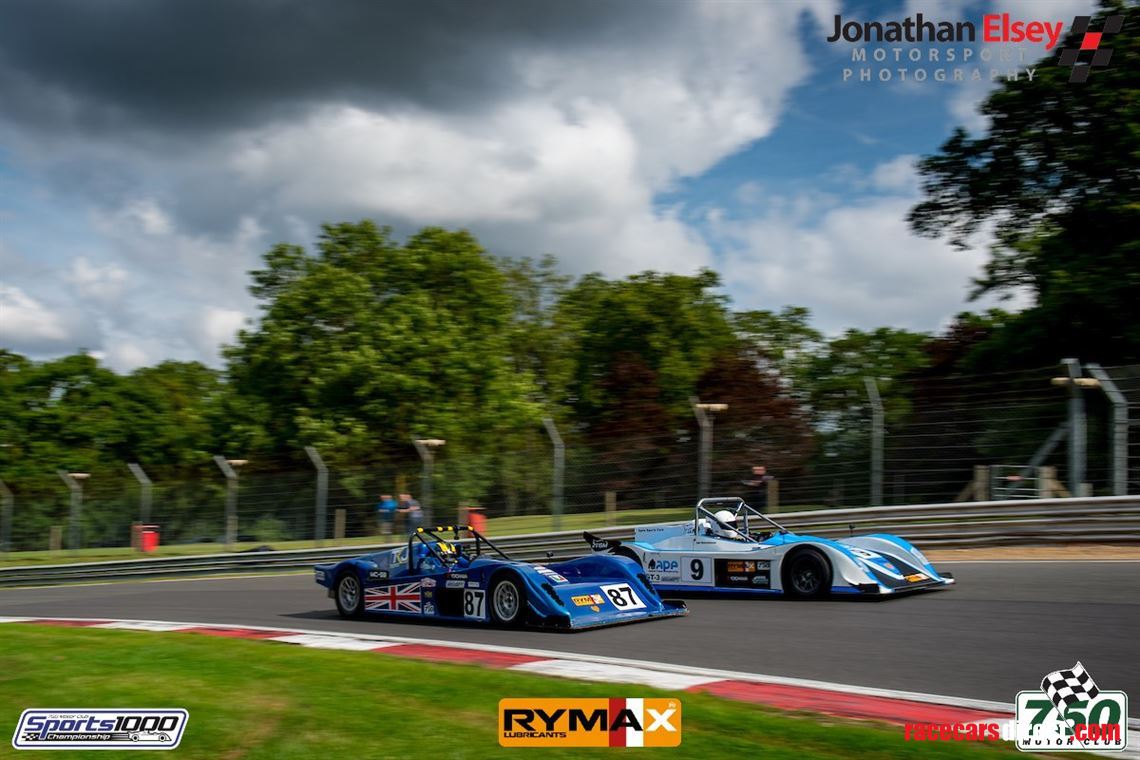 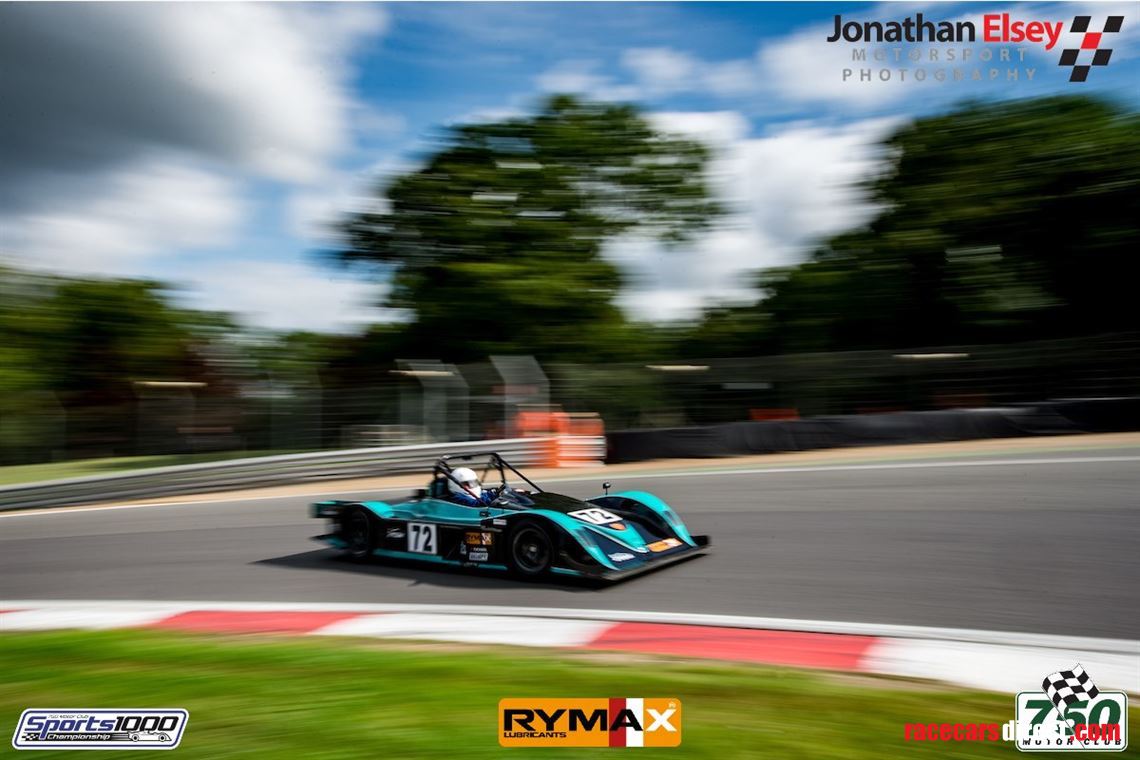 The Rymax Lubricants Sports 1000 Championship took to the undulating Brands Hatch Indy Circuit for its penultimate race meeting. The battle for victory would be, again hard fought in the sunshine in the south east of England.

Rich Miles would take his maiden pole of the year by 0.04s with the Spire of Yarrow in Second. Michael Roots would take third 0.5s behind Miles with Matthew Minett reclaiming the speed he had shown in previous rounds in Fourth. Victor Neumann took Fifth place on the grid just under 0.7s away from the fastest time.

Disaster struck for Victor Neumann on his way to the grid, with a mechanical issue preventing him from taking the start. Off the line a poor start from Miles allowed Yarrow in to the lead, with Minett rocketing in to Second from Fourth on the grid. Roots would hold Fourth position as they completed the first circuit with Miles in front of him.

Rich Miles would move up in to Second place passing Minett on lap 2 in order not to let Yarrow extend the gap. Roots would follow suit one lap later following Miles to catch the leader. Phil Hutchins would move up to Sixth ahead of the Spires of Jonathan McGill and Carl Austen. Not to far behind them in Tenth; Vincent Dubois on his 2021 debut, was still getting to grips with his brand-new Spire. McGill would not wait long to make his move on Hutchins moving forward just as a queue was forming.

Back at the front, Rich Miles had bridged the gap to Yarrow and was challenging for the lead. An uncharacteristic mistake from Miles allowed Yarrow to gain back the car lengths Miles had caught. Matt Thomas was gaining places quickly and passed Dubois for Ninth, Tom Johnston challenged Colin Spicer at the same time for 11th but couldn’t make it stick.

The top three continued their charge away from the rest of field, allowing them time and space to contest for the win. Thomas continued his advance passing both Austen and Walker for Seventh. A lonely race for Matthew Minett was starting to get interesting as Championship Stalwart Colin Chapman started to make headway with the gap under 1.0s.

Vincent Dubois would pass both Thomas and McGill moving up to Sixth place, a retirement for Austen would also promote him another place. The battle between Johnston and Spicer would reignite again as the blue Mittell of Johnston would pass Spicer and start pull away in an attempt to catch McGill.

Roots used his late race pace and caught Miles and signalled his intent straight away. The two went side by side for half of the Brands Hatch Indy circuit, before Roots finally made it stick moving in to Second place. Roots would set the fastest lap of the race in pursuit of Yarrow and attempt to pass for the lead up at Druids, Yarrow would just hold on to the lead and take another win in the 2021 Season.

The scene was set for Race 2.

A red flag at the start; would mean a full restart with a race with reduced time.

Roots would lead from the line with Miles and Yarrow close behind. Minett would follow but would spin on the cement dust that had been put down at Surtees. The field would pass him unscathed and he would re-join. Johnston would move up to Fourth ahead of his race 1 rival Colin Spicer. Neumann who had started from the back of the grid after not taking the start of race 1, would move up to Eighth after making moves throughout the first lap. James Walker and Matt Thomas would begin their battle, with Walker passing Thomas into Paddock Hill bend only to be retaken into Druids.

Neumann would continue his way through the field moving up to Sixth place passing Walker, Thomas. A train a of Five cars Dubois, Minett, Austen, Stephen Dean and Ian Hutchinson would fight for 11th. These racers would trade places throughout the circuit and continue their fight throughout the race.

Yarrow would catch Miles for Second and challenge before a gearbox selector issue would prevent him from moving forward from his position. Colin Chapman would move up to Eighth from 11th passing Hutchins and racing up to the rear of James Walker. Neumann still trying to make haste, would challenge Spicer at every opportunity before making it stick around the outside of Paddock Hill bend in an sensational move for Fifth.

The Mittell of Roots had cleared the skirmishing Spires of Miles and Yarrow by 3.0s and setting fastest laps. Tom Johnston had been holding Fourth for most of the race until the released Neumann made the pass for the position on the final lap.

Roots would cross the line in First, taking a lights to flag victory.

The Final round is at Oulton Park on the 9th October.