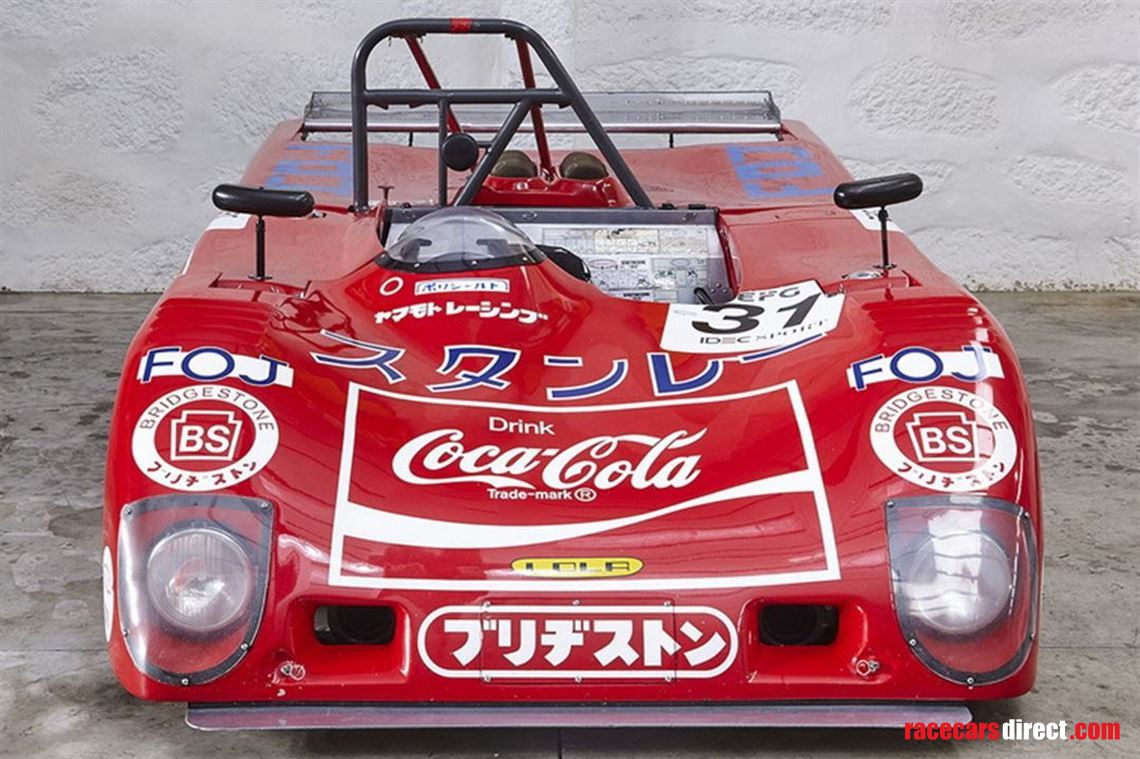 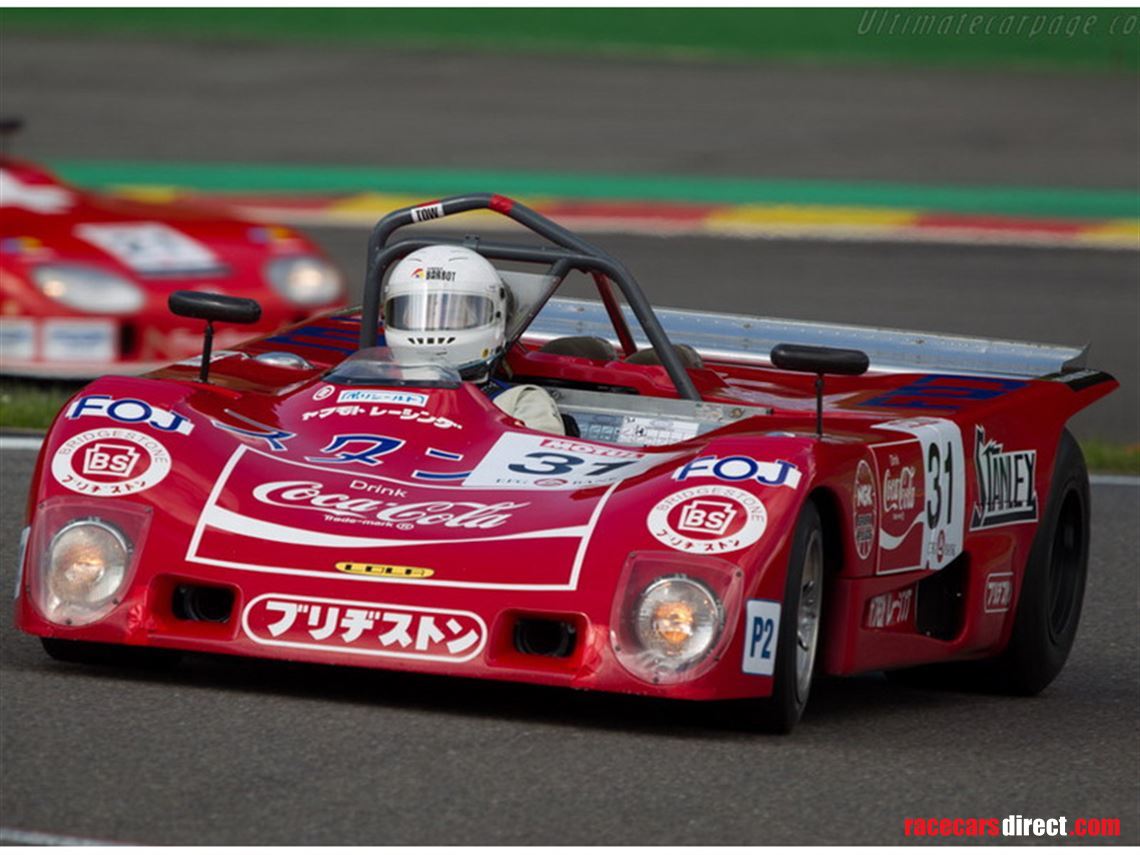 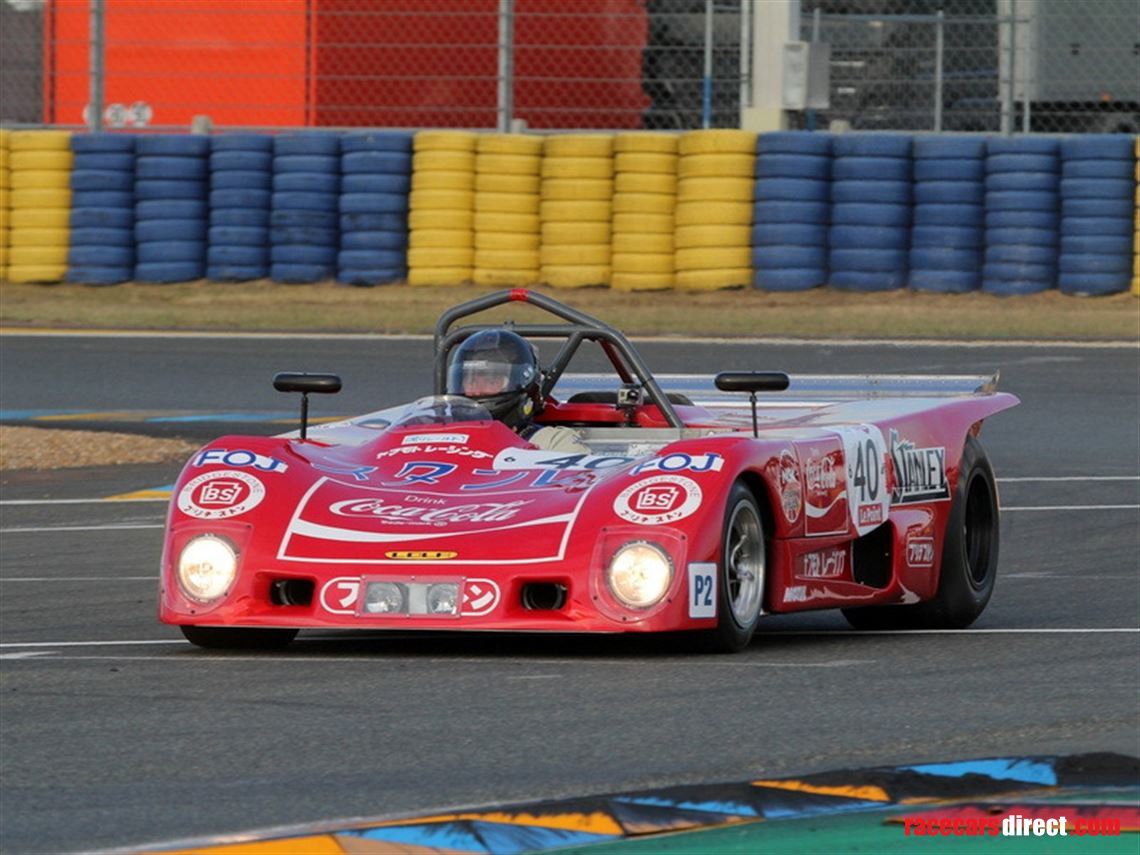 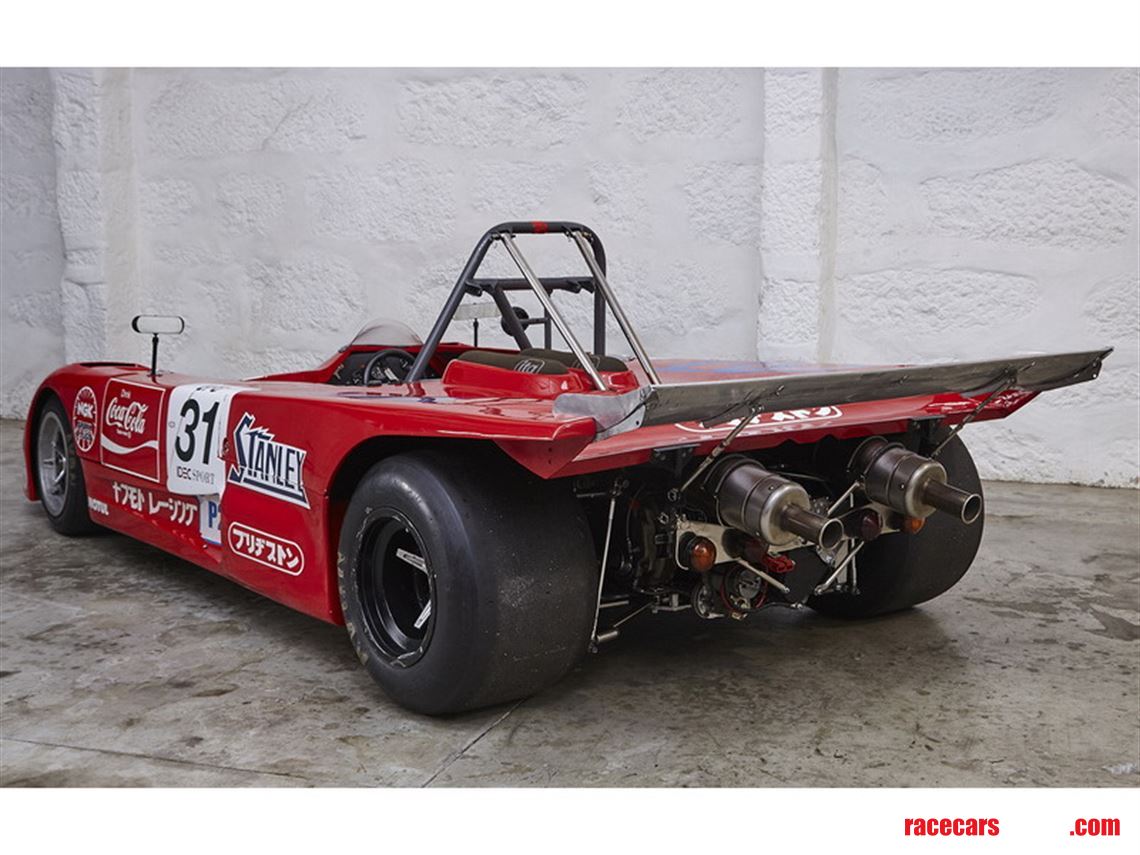 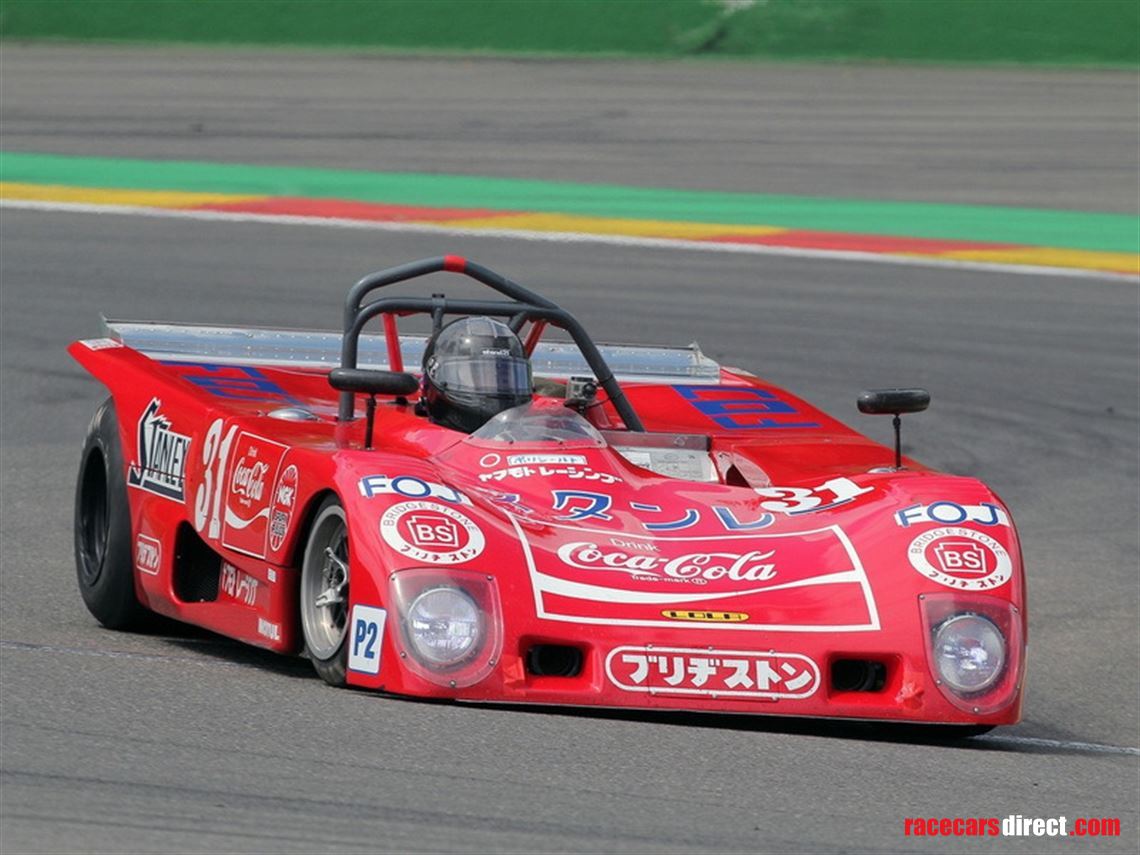 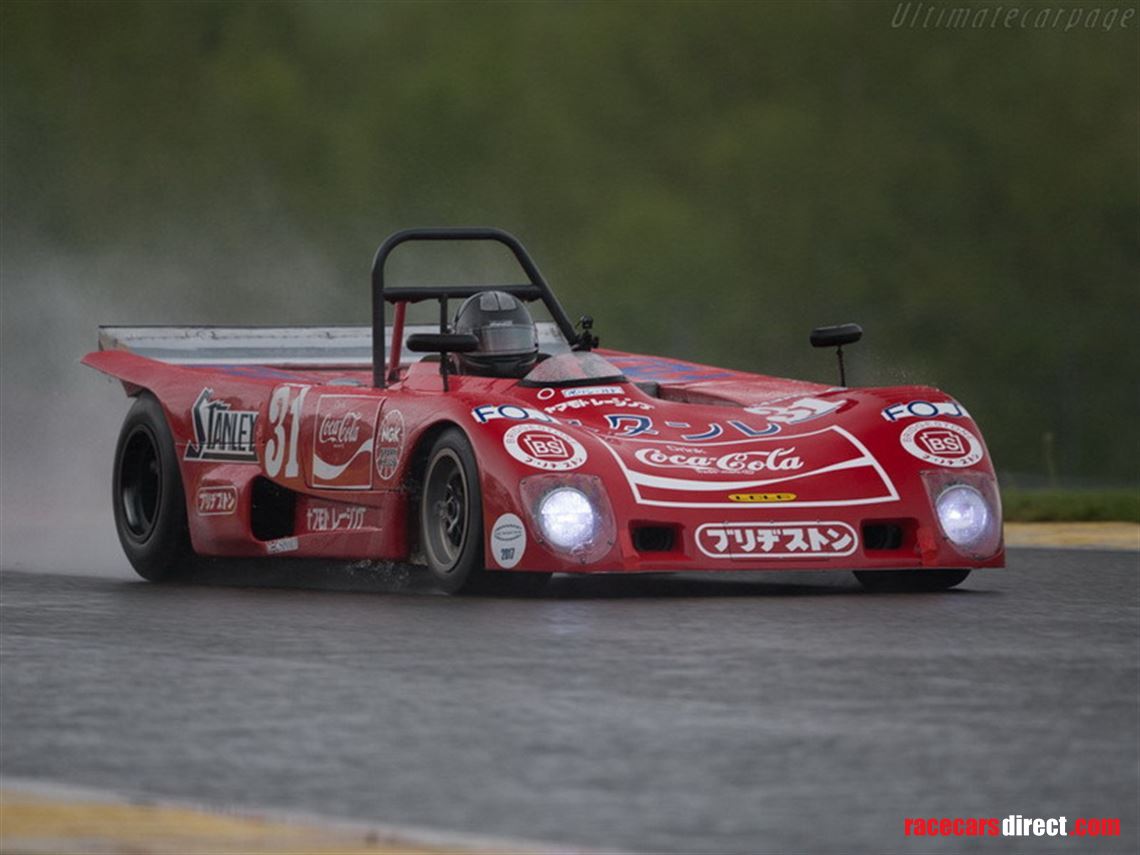 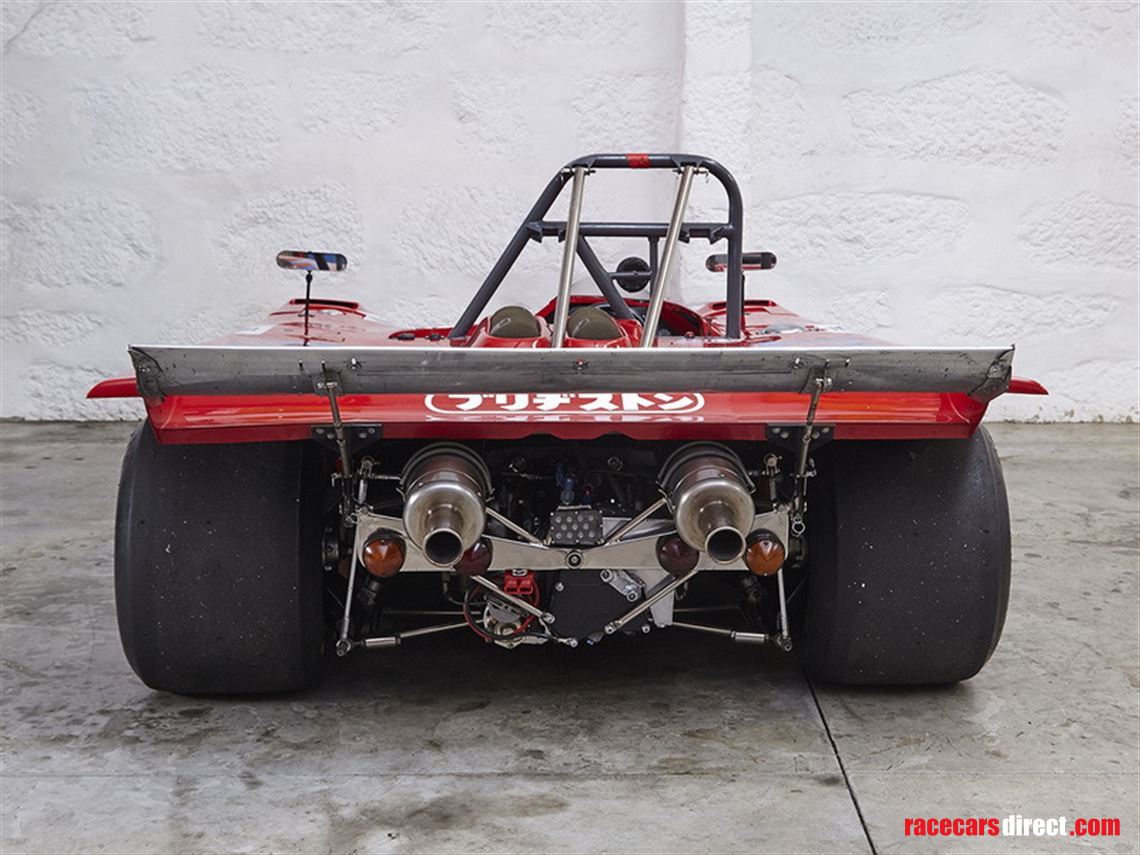 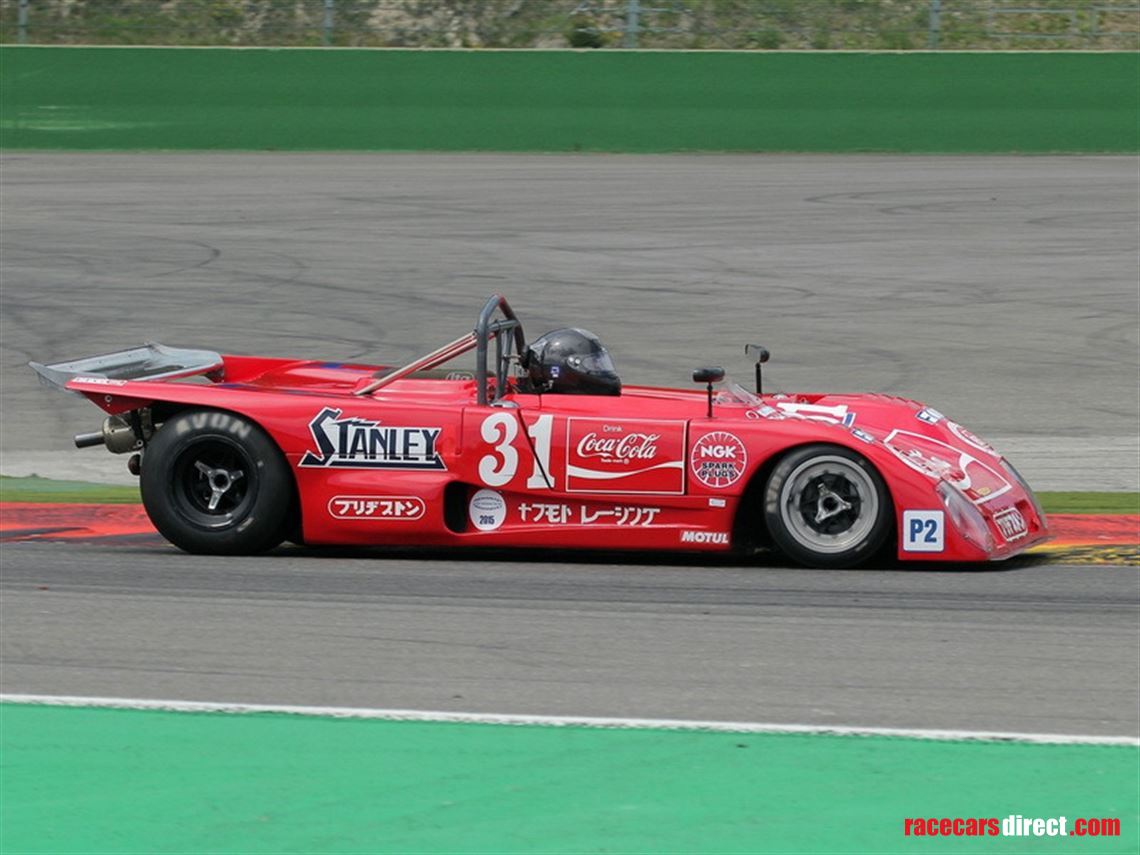 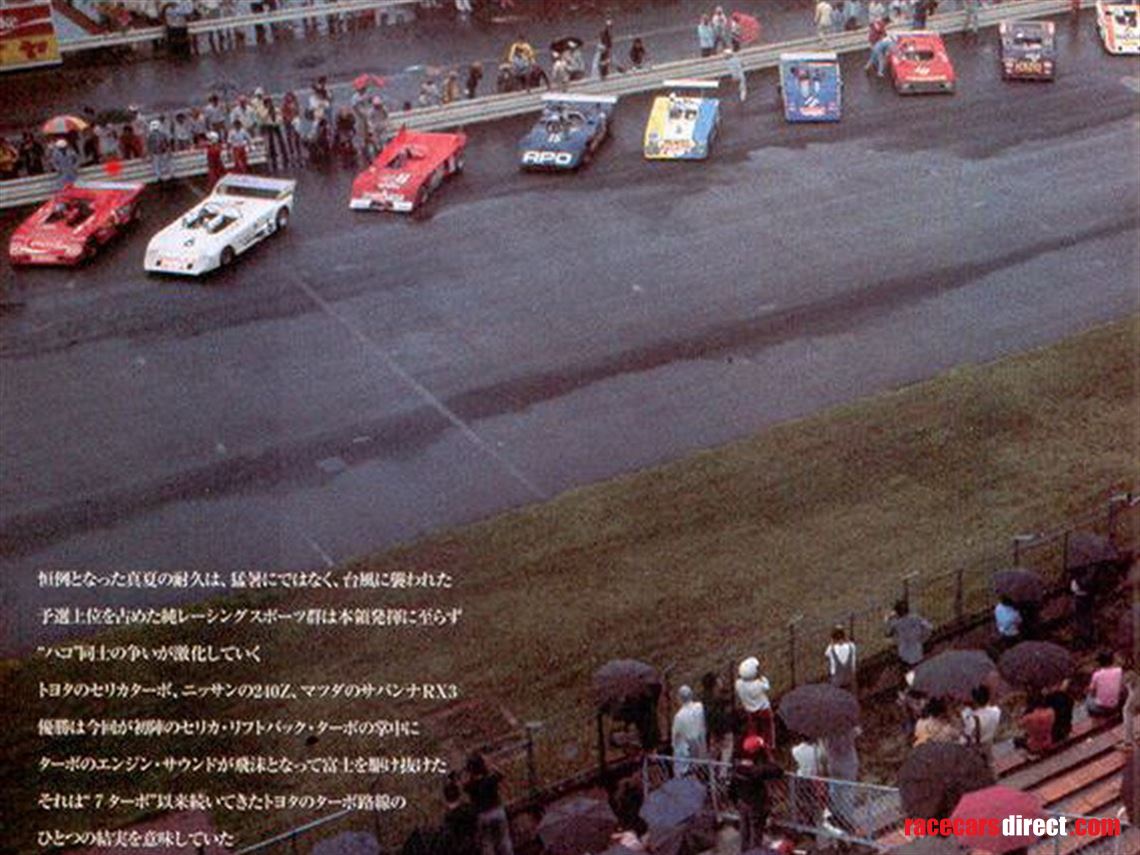 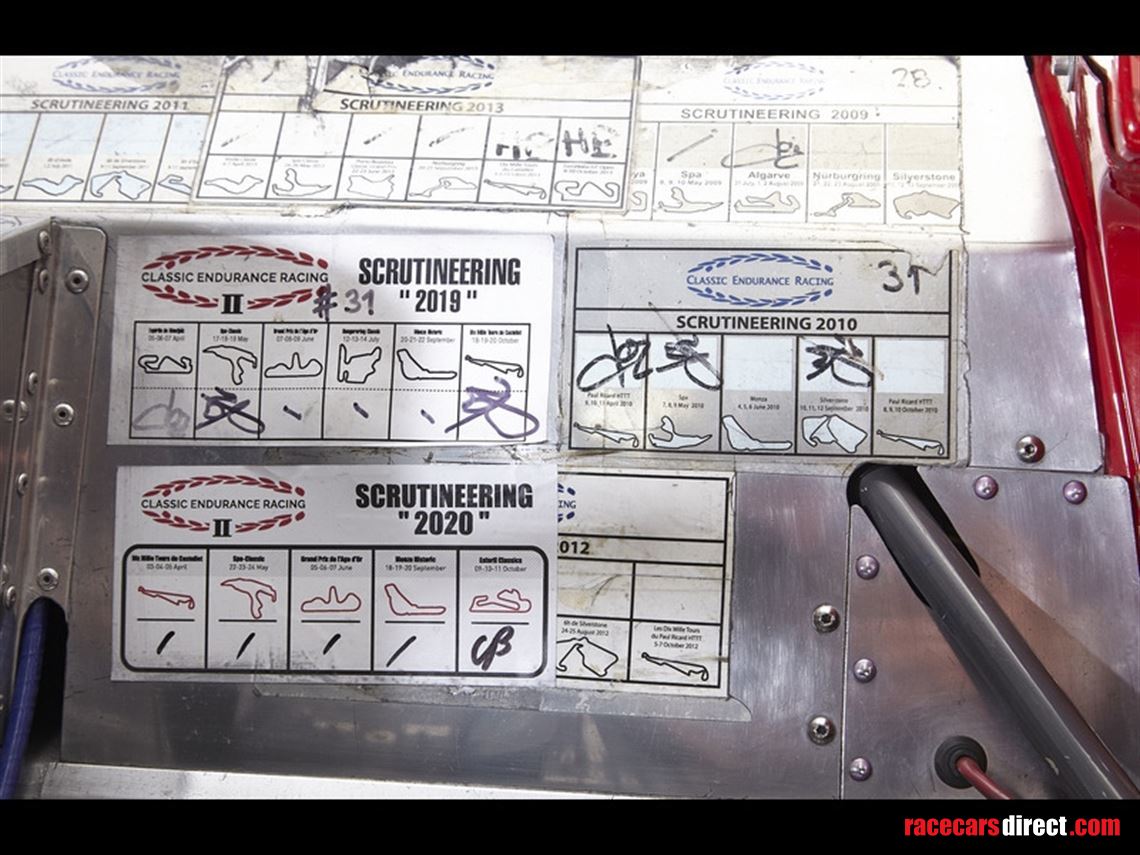 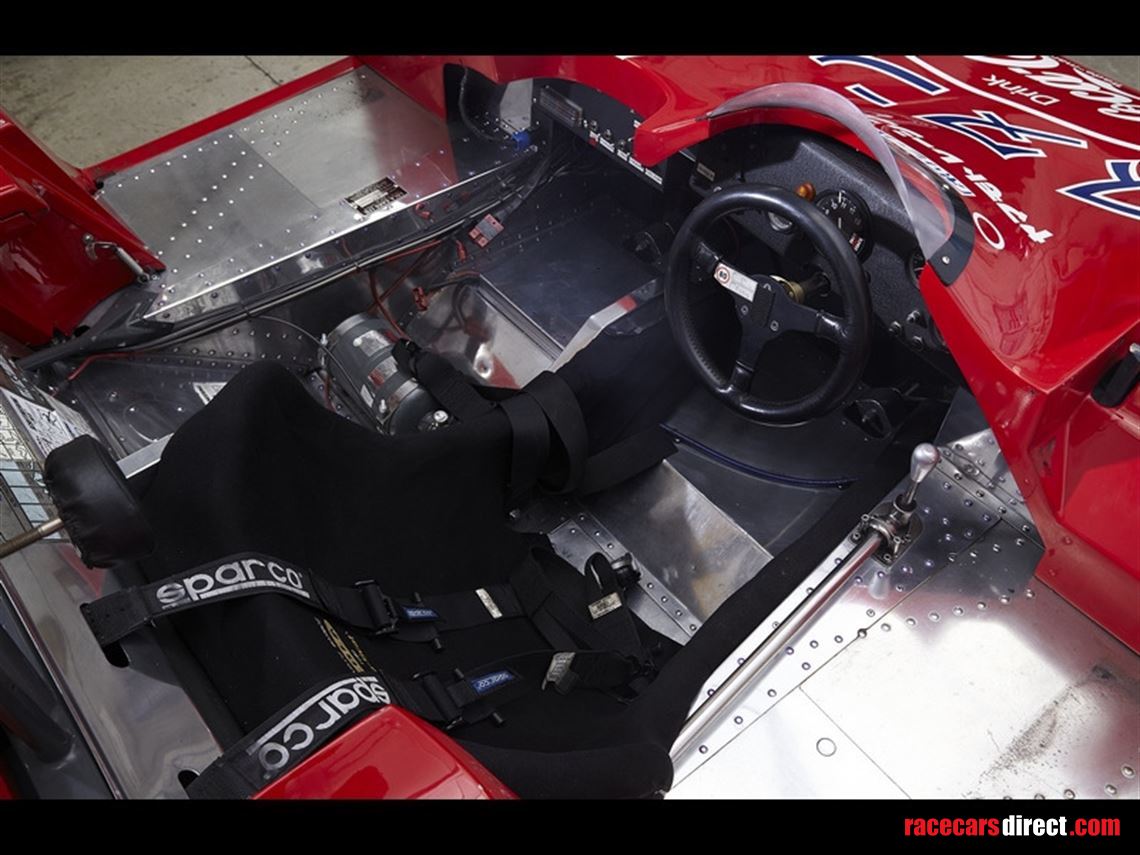 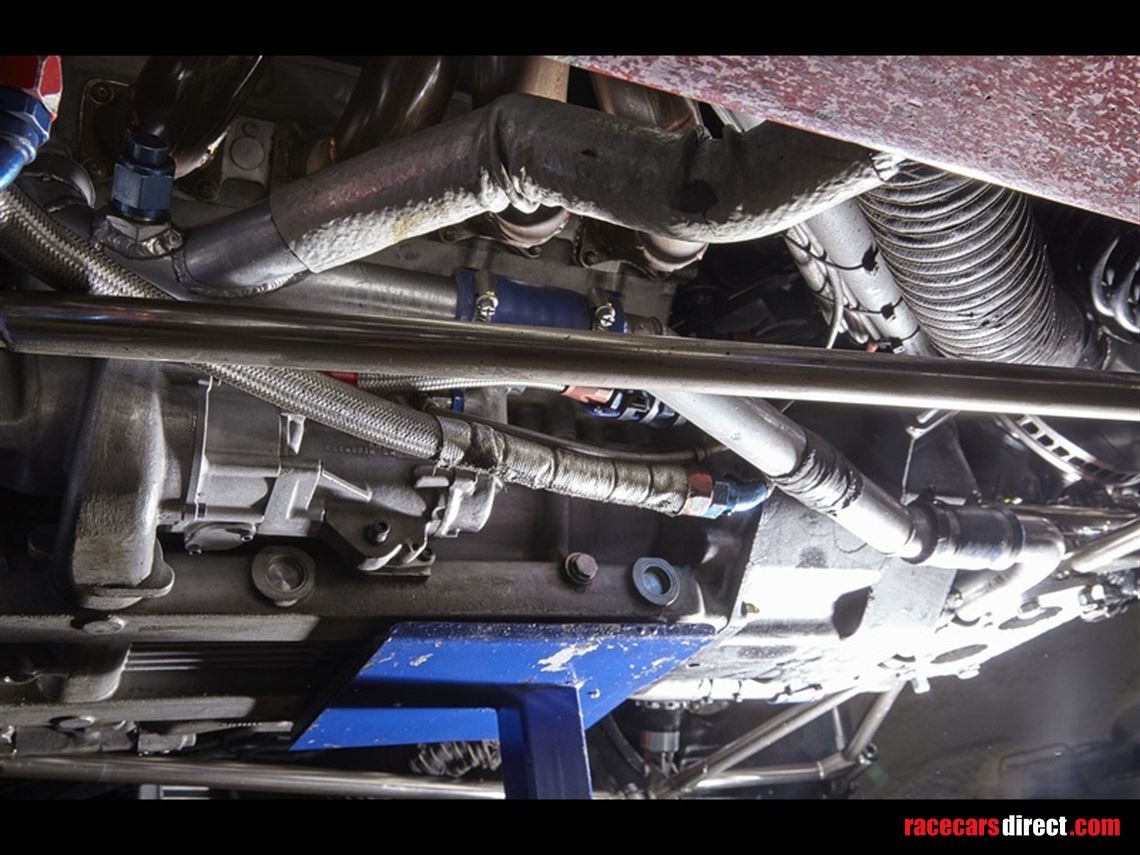 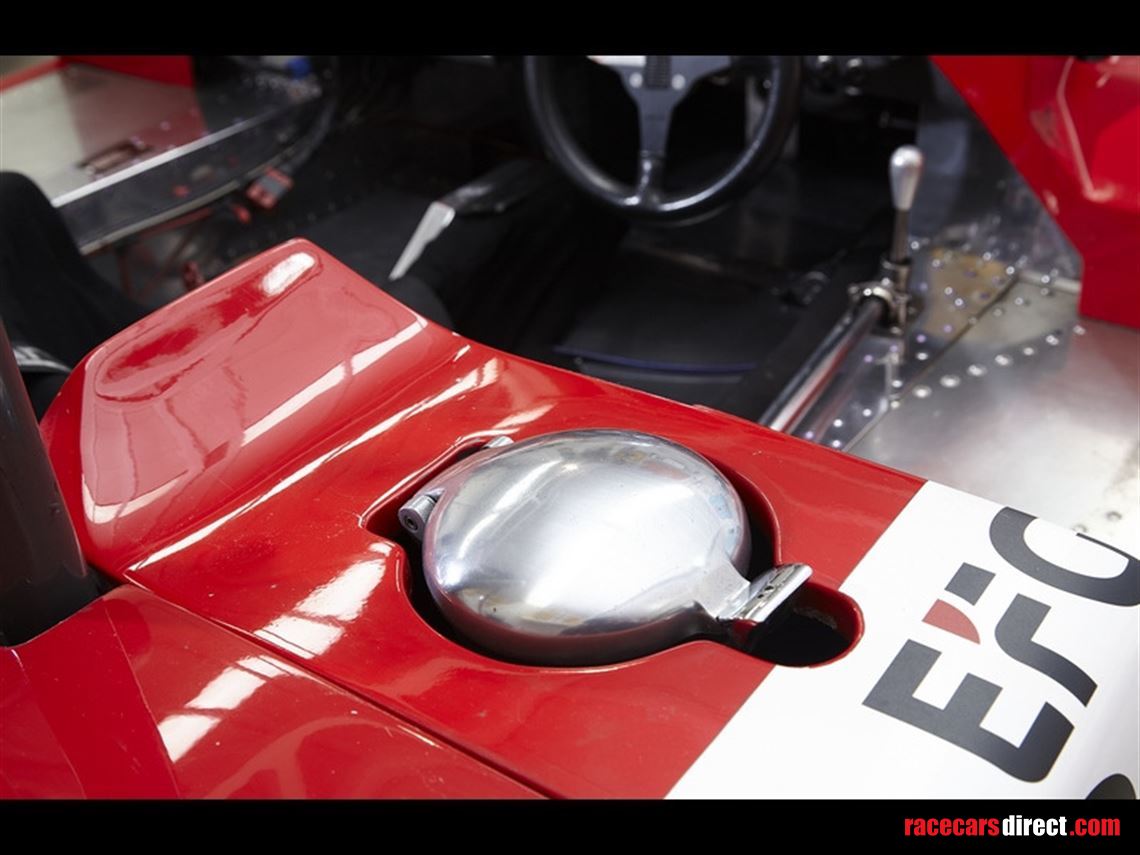 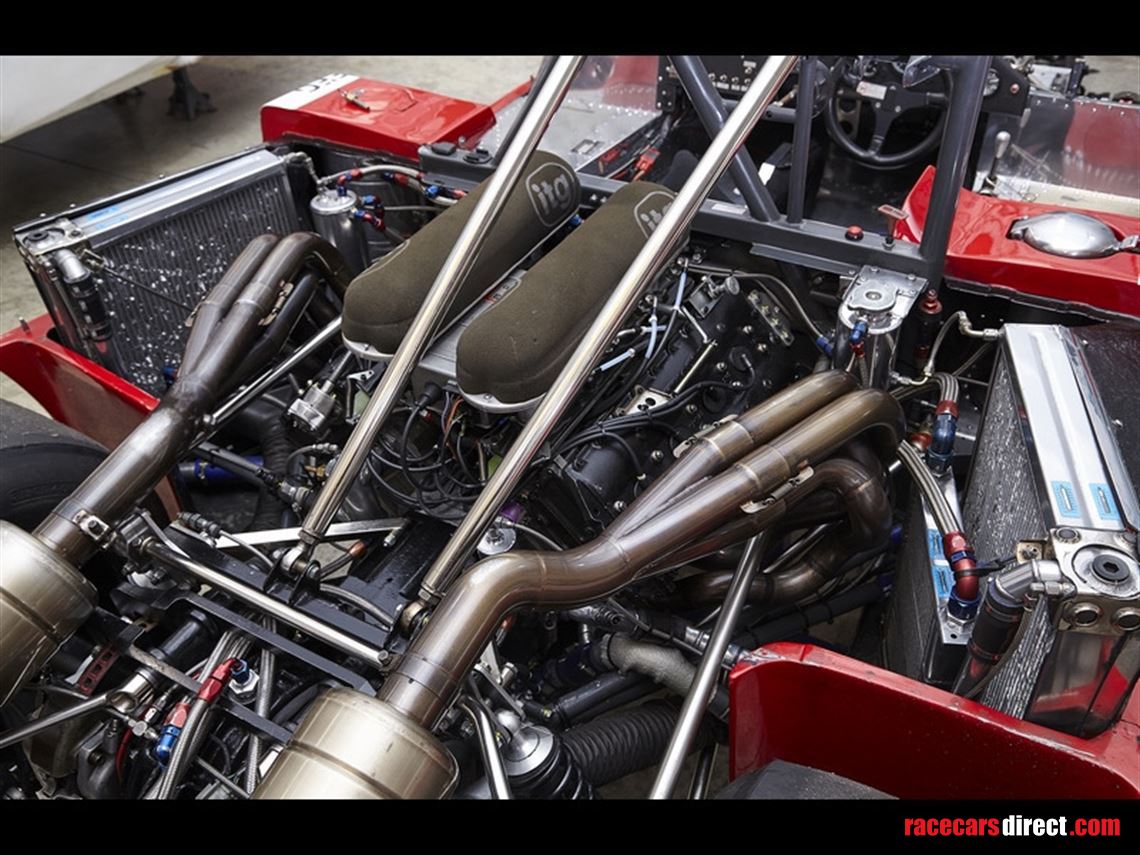 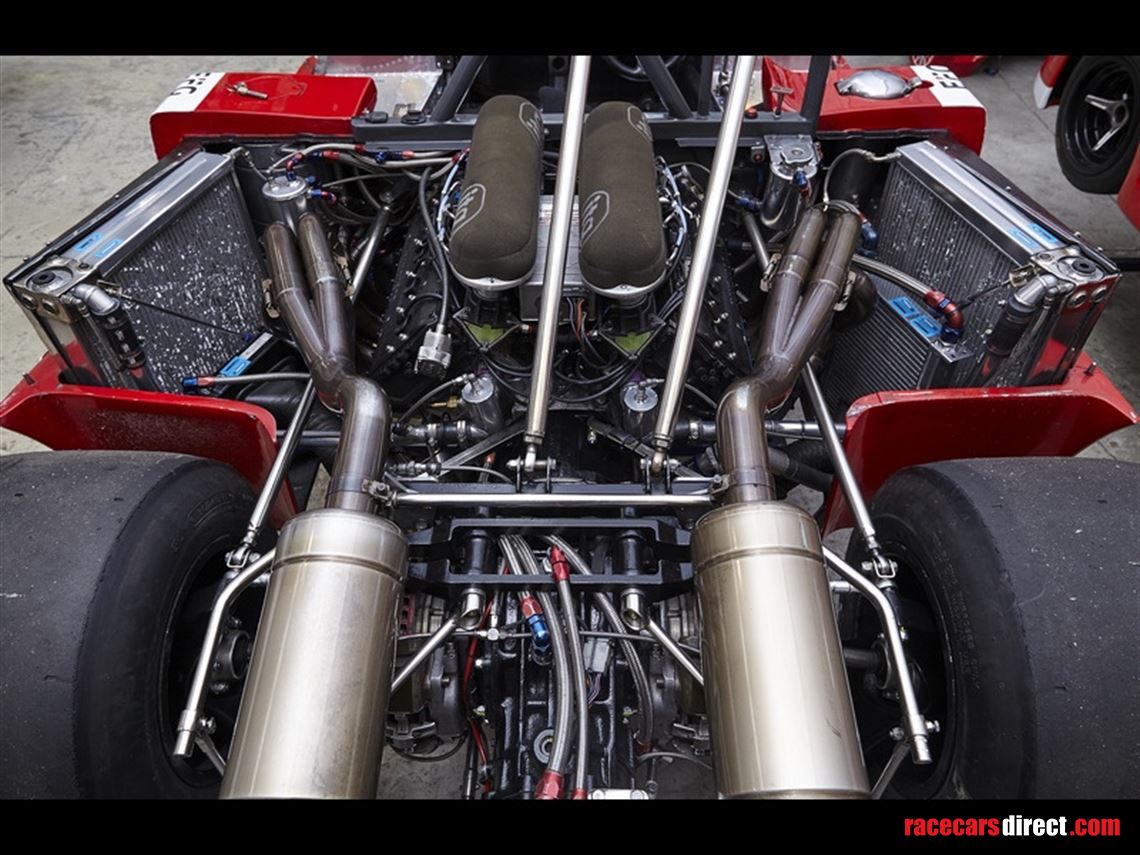 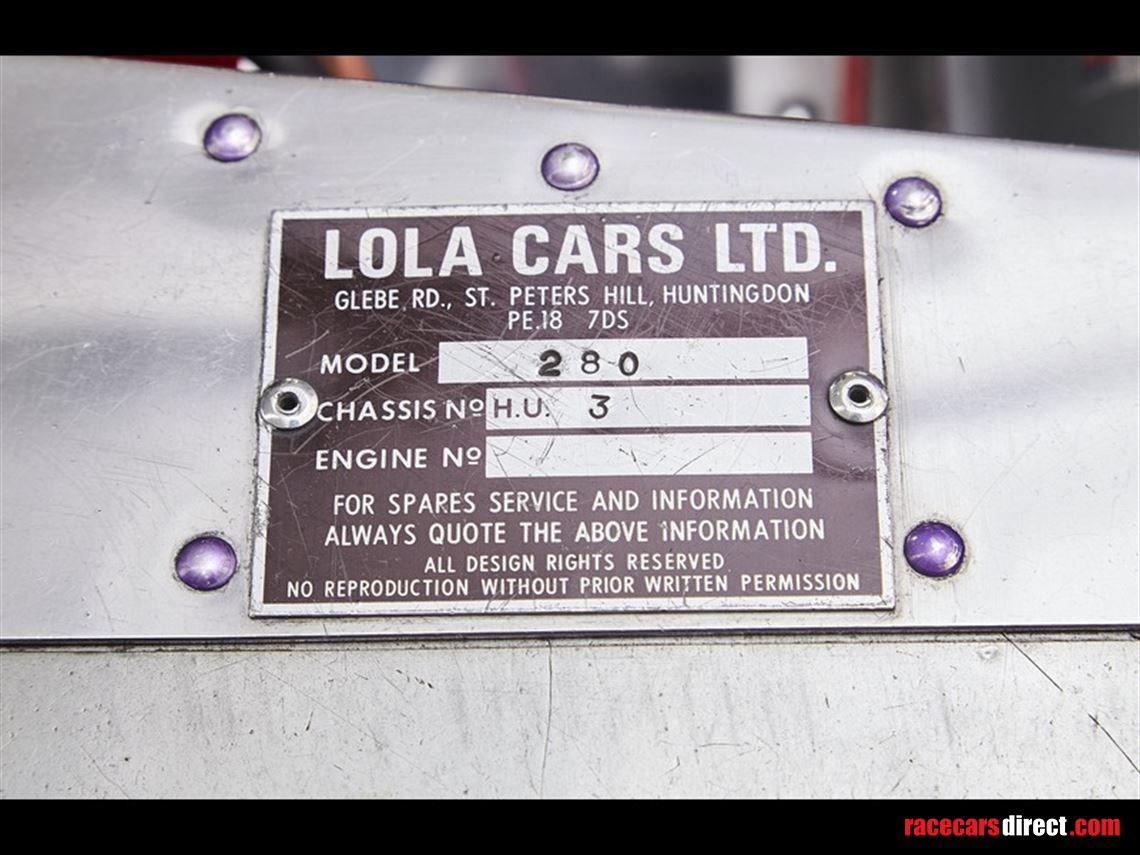 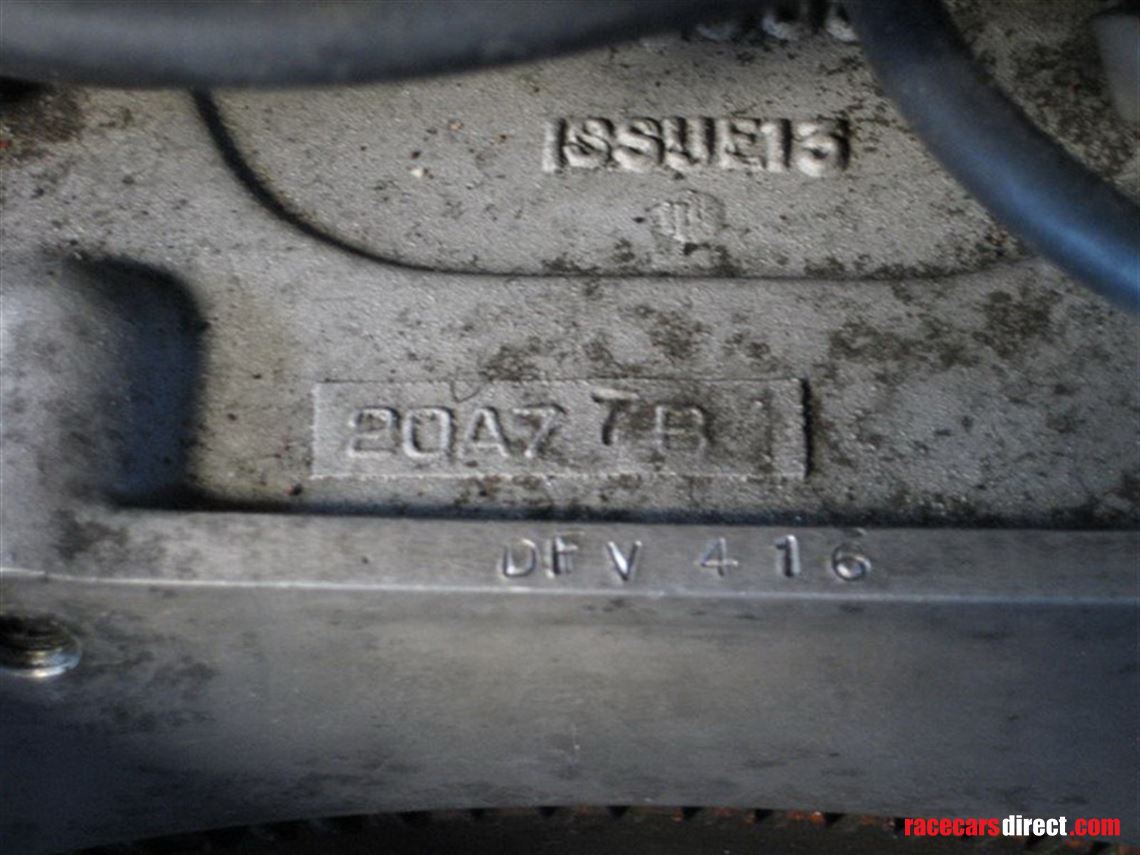 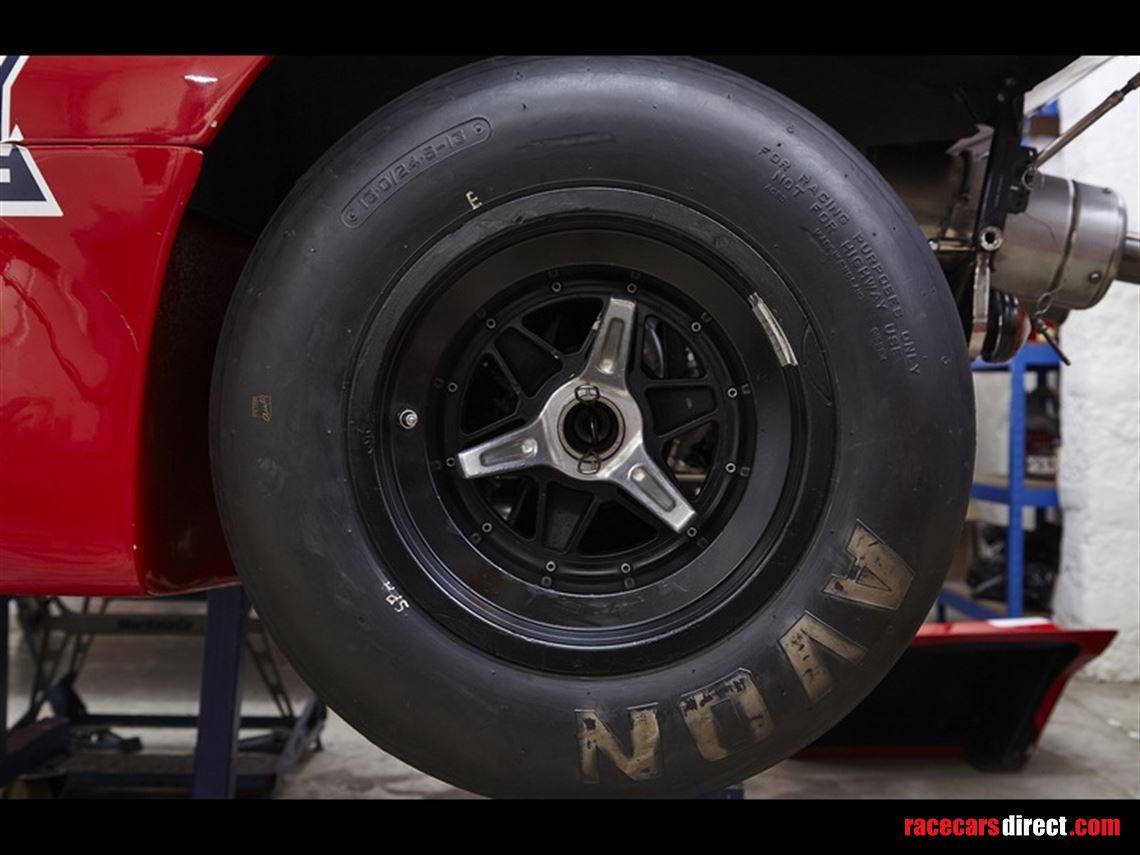 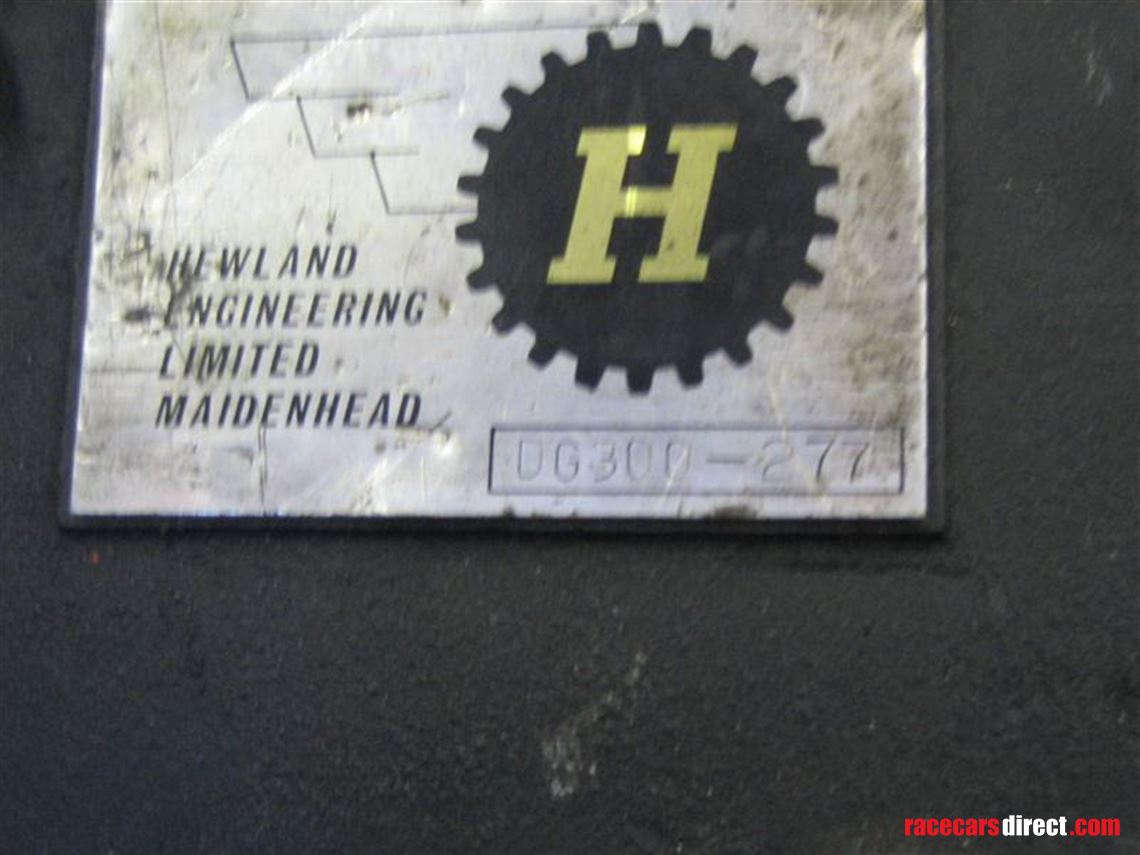 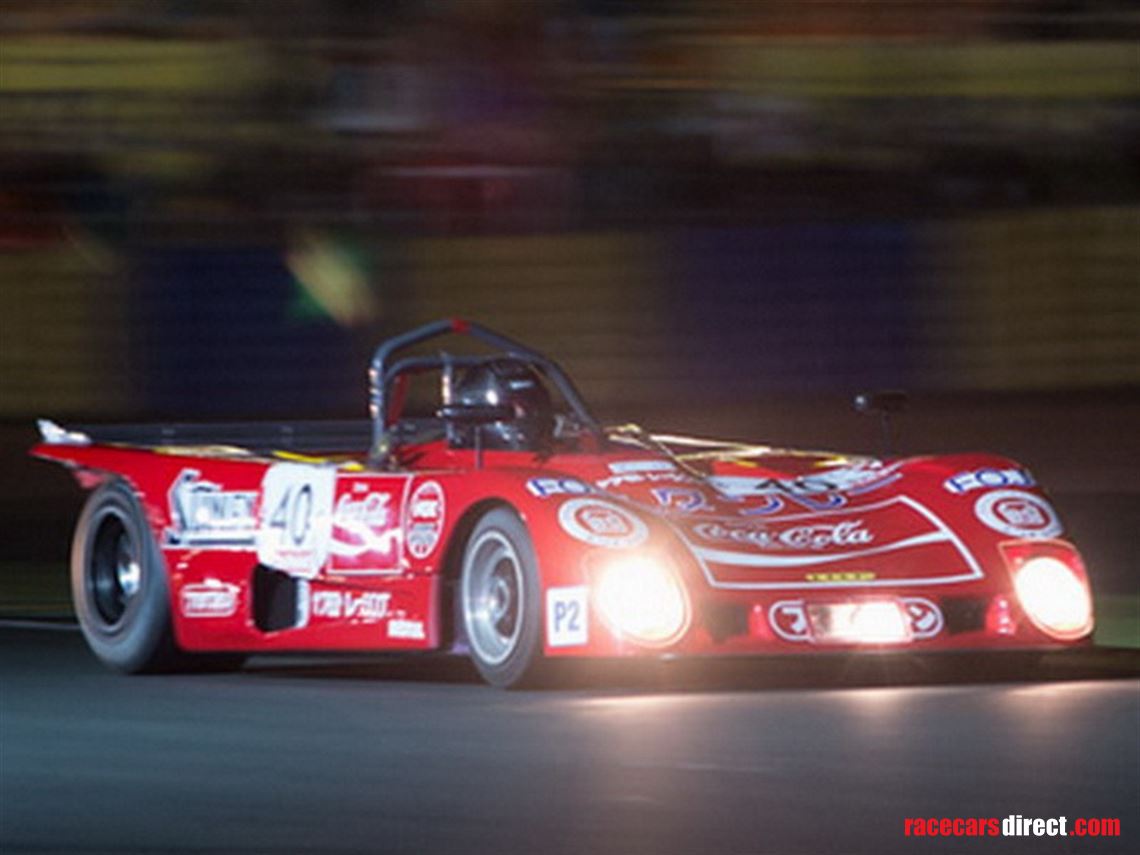 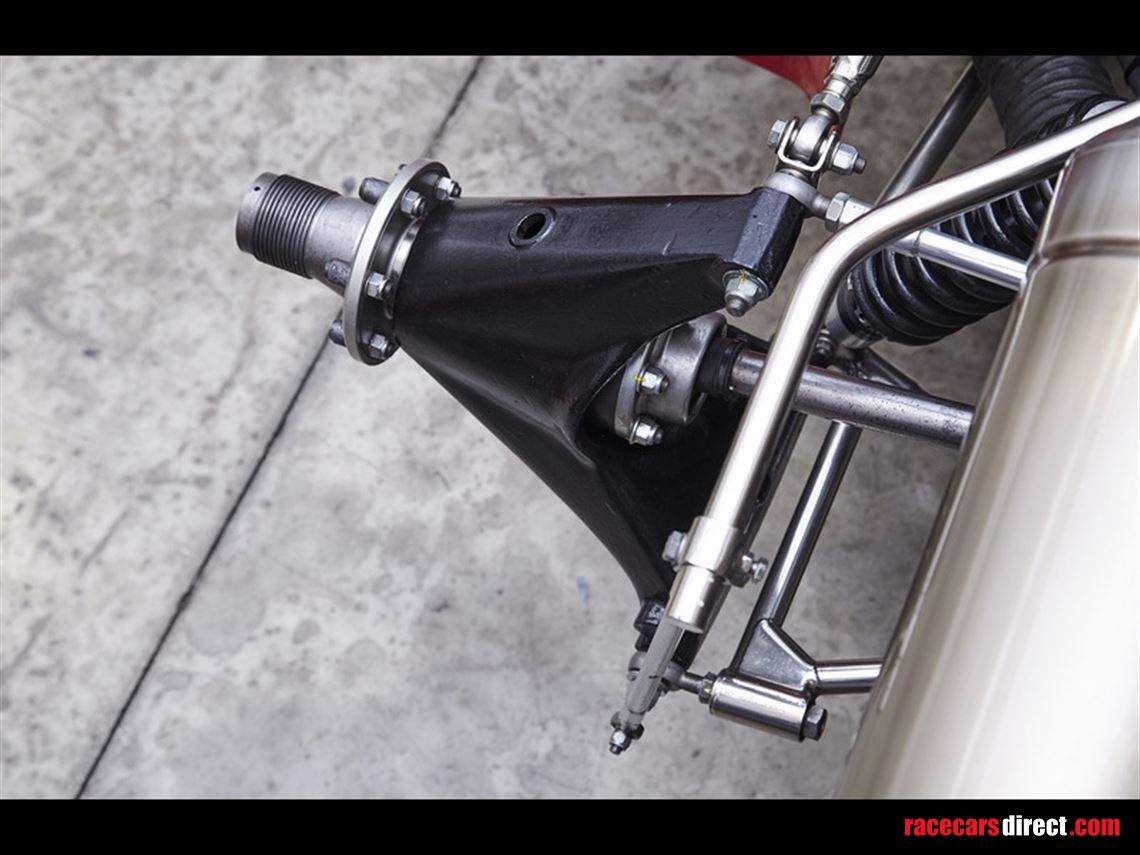 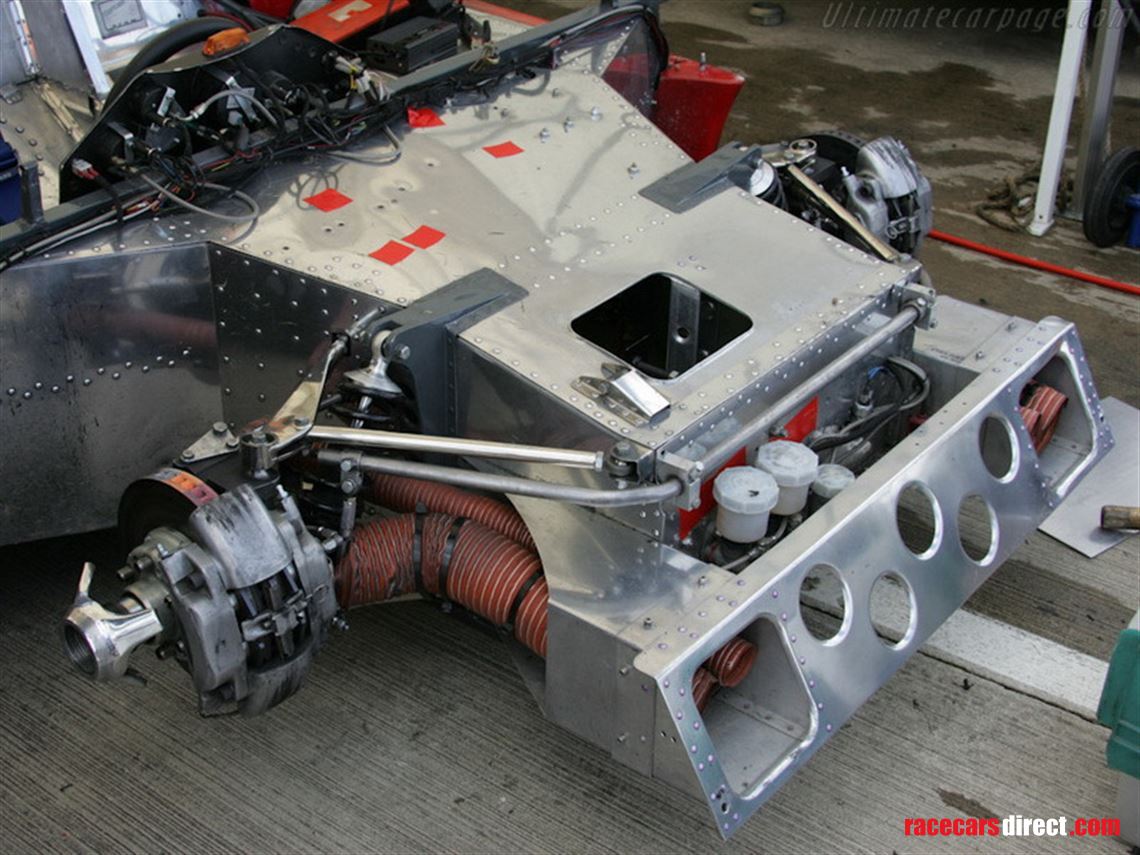 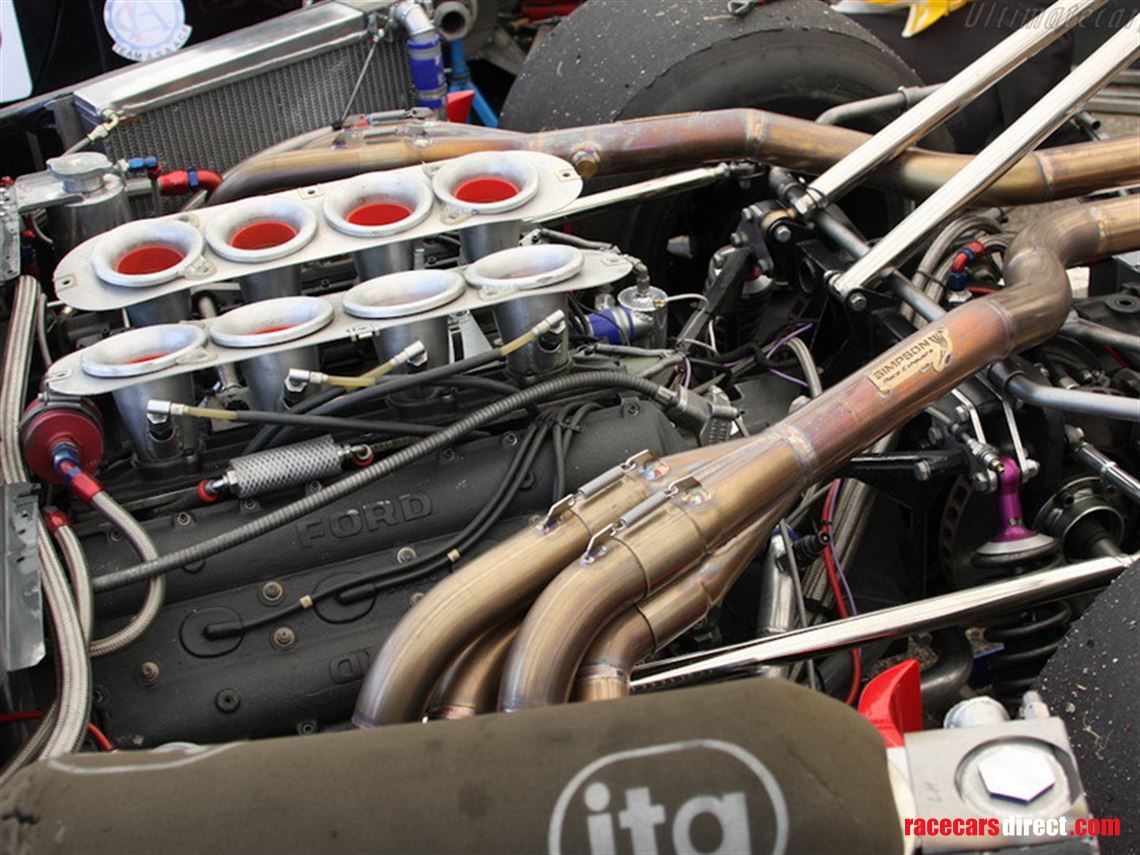 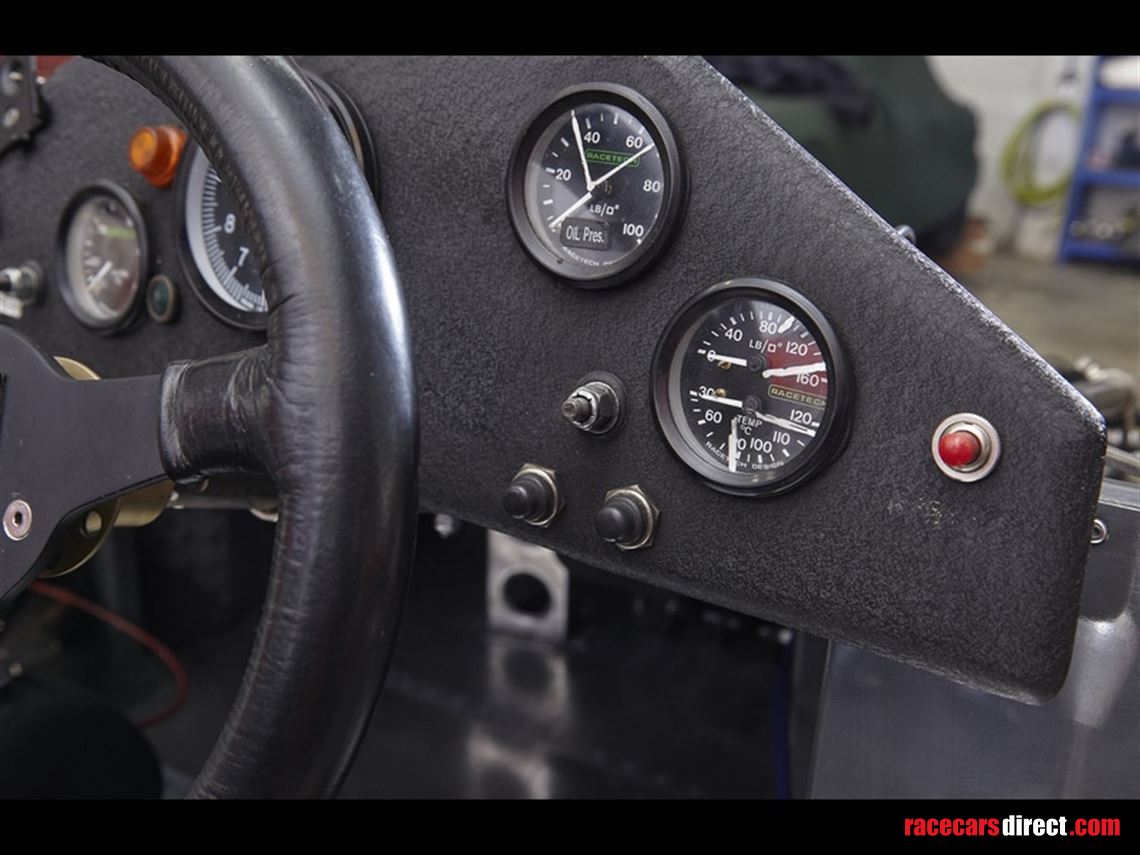 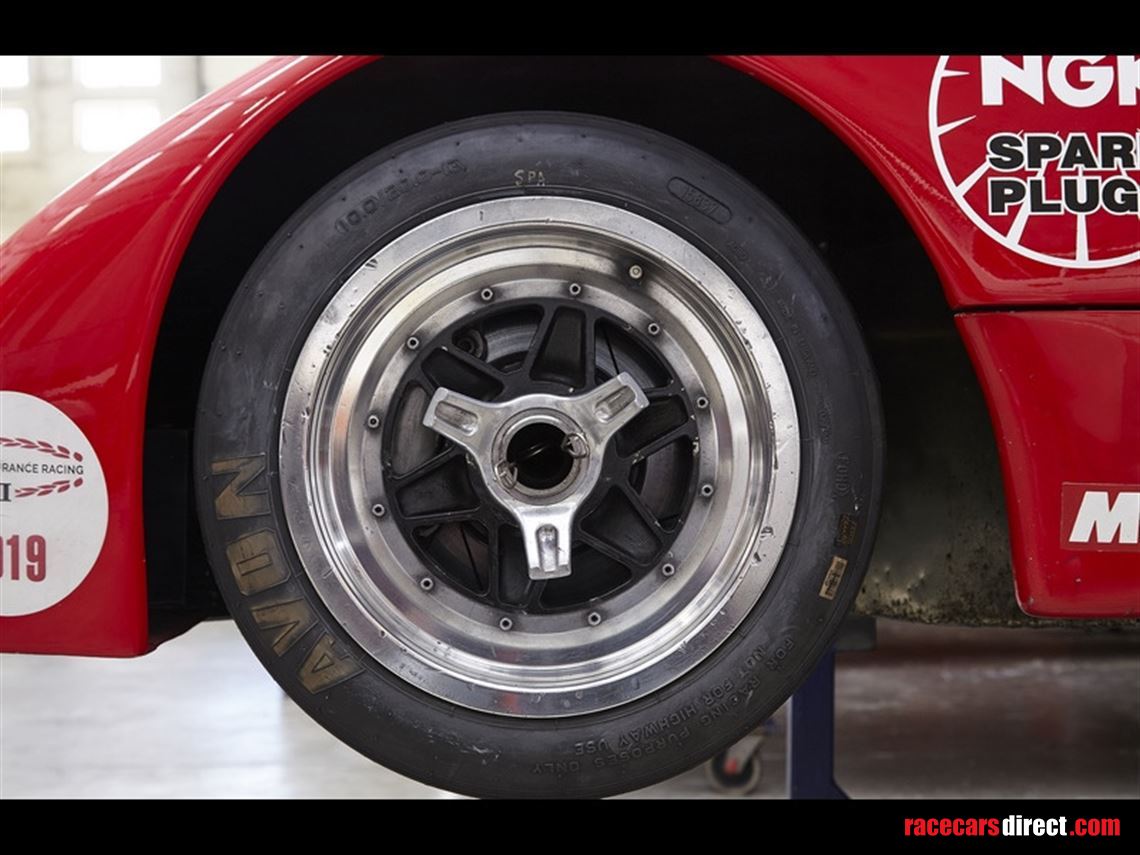 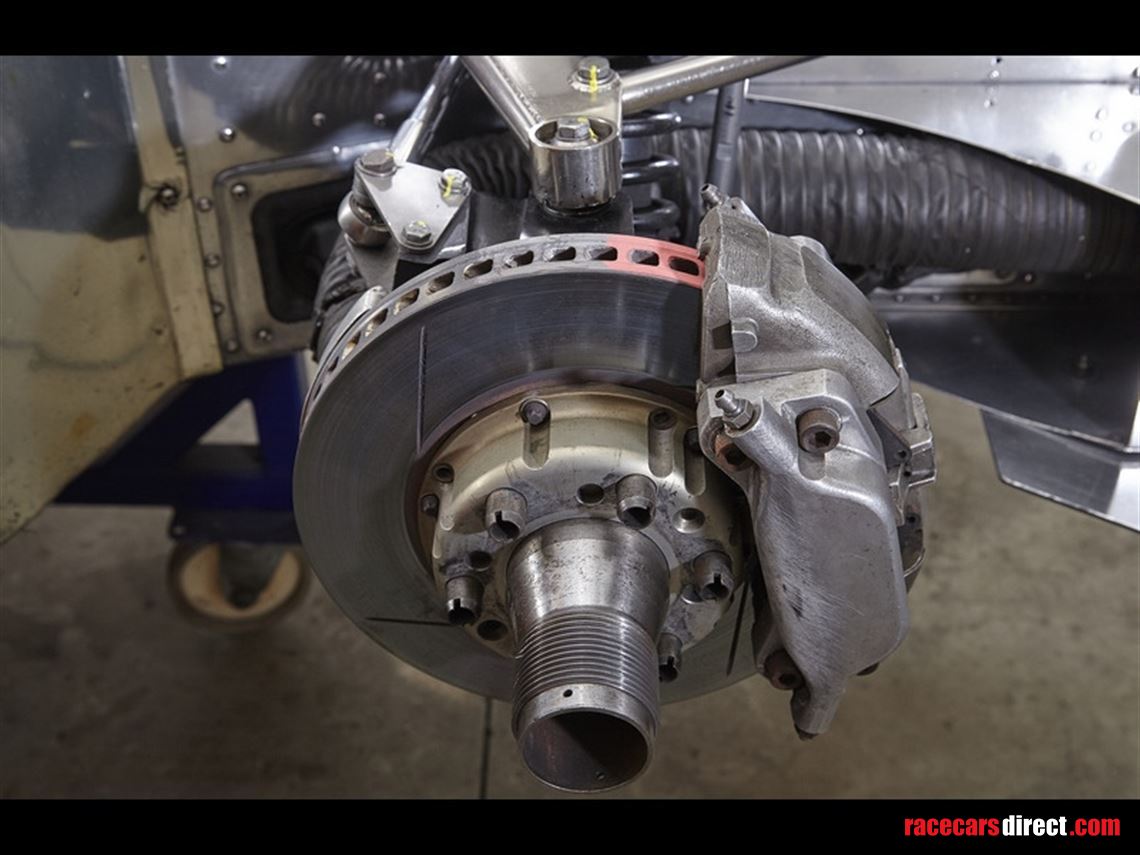 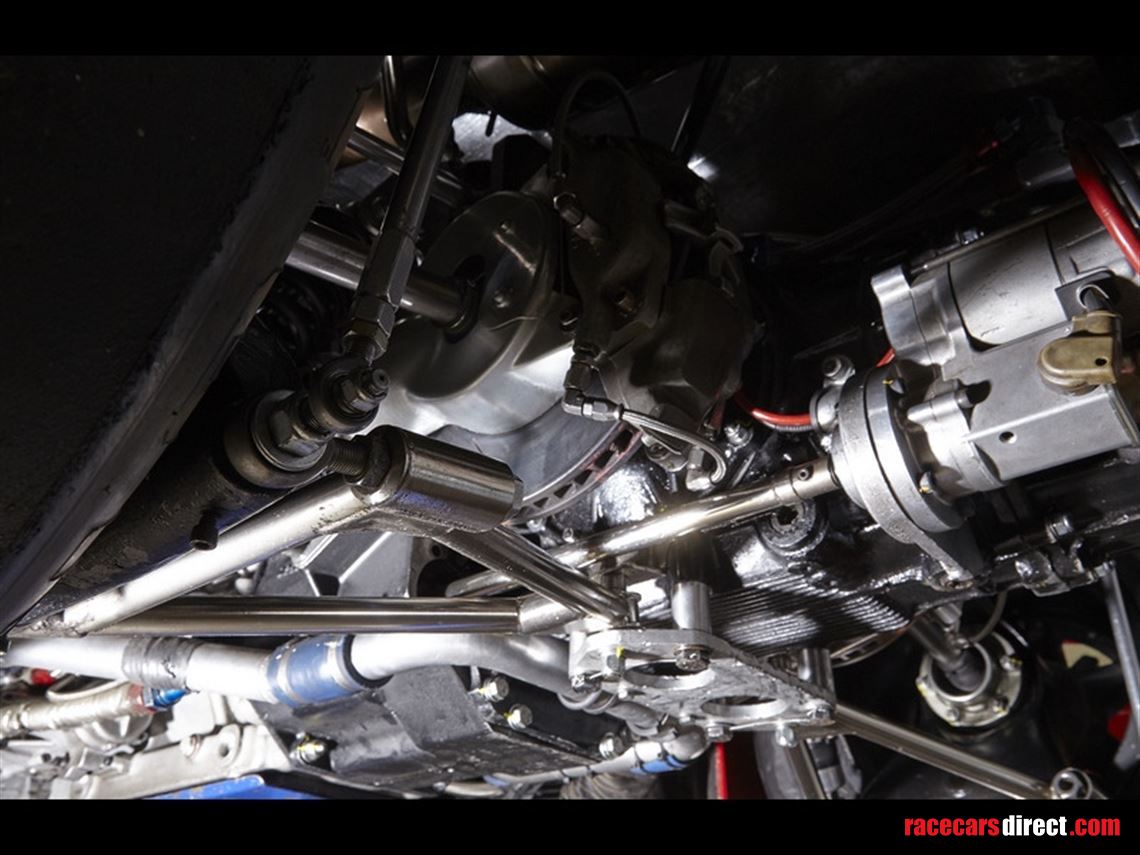 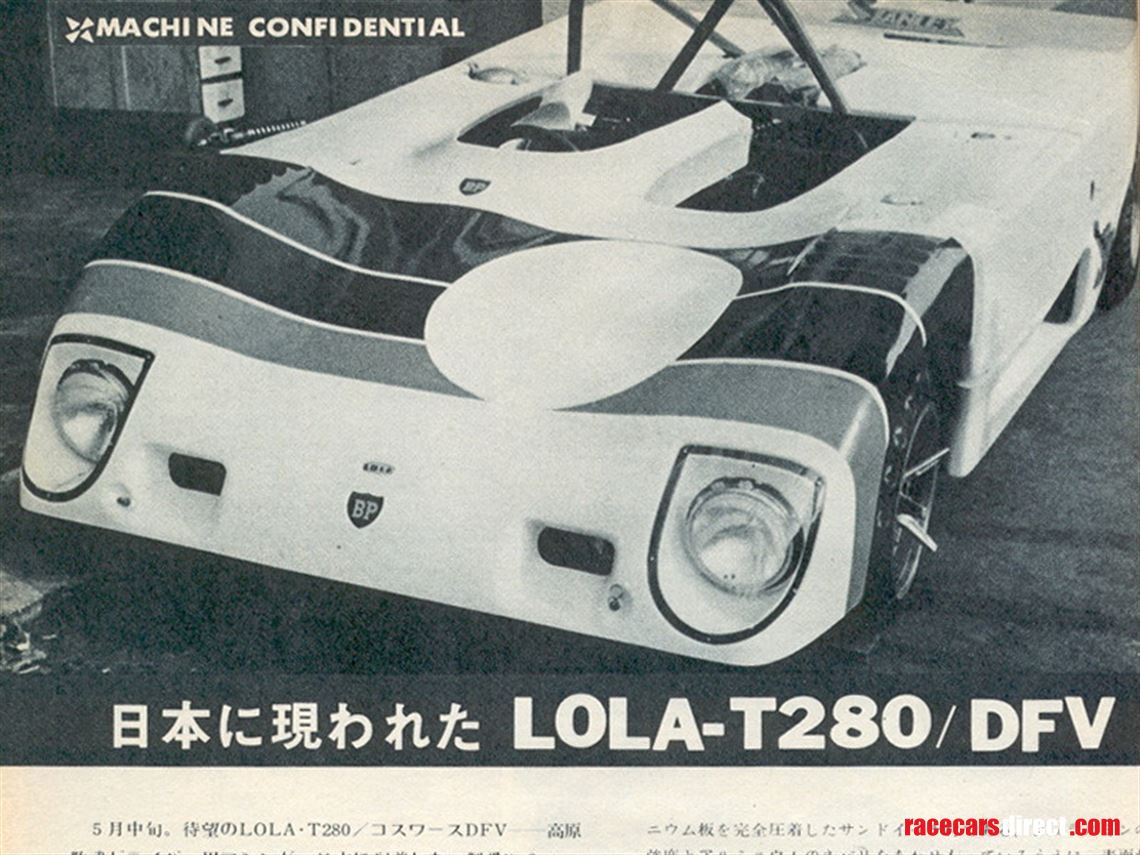 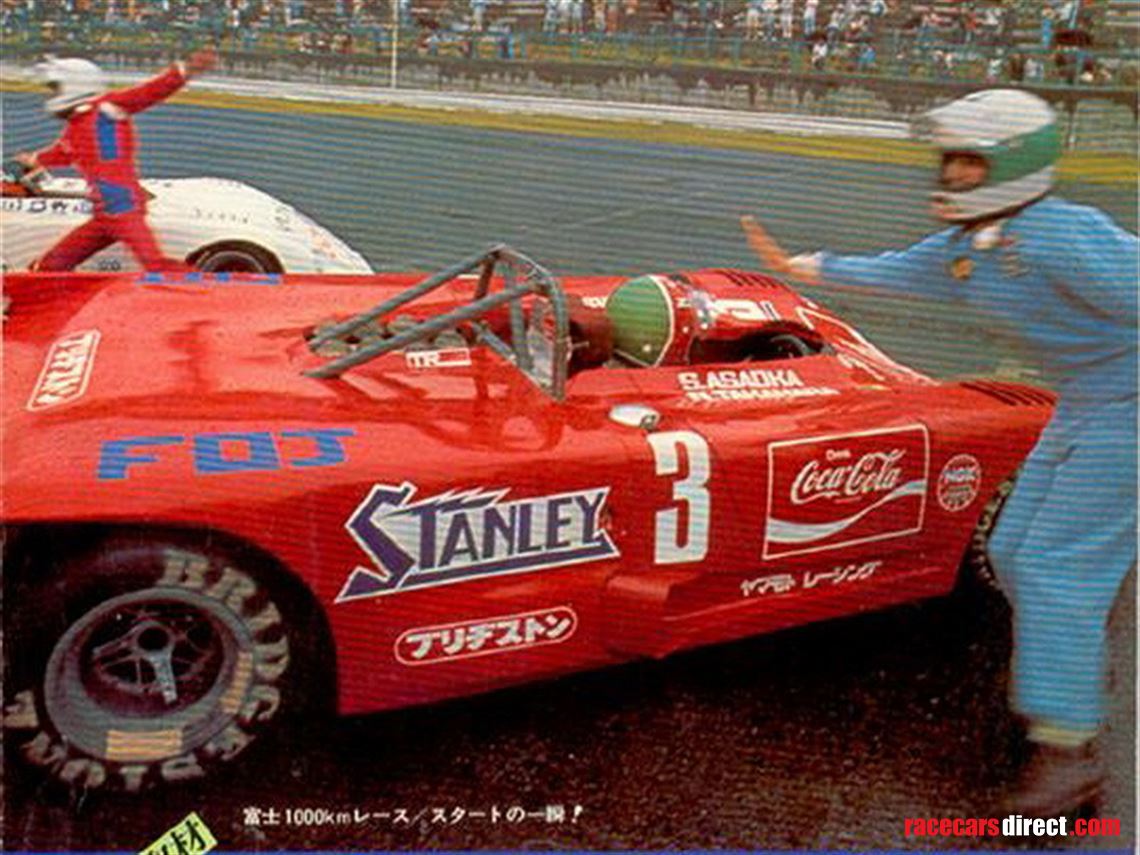 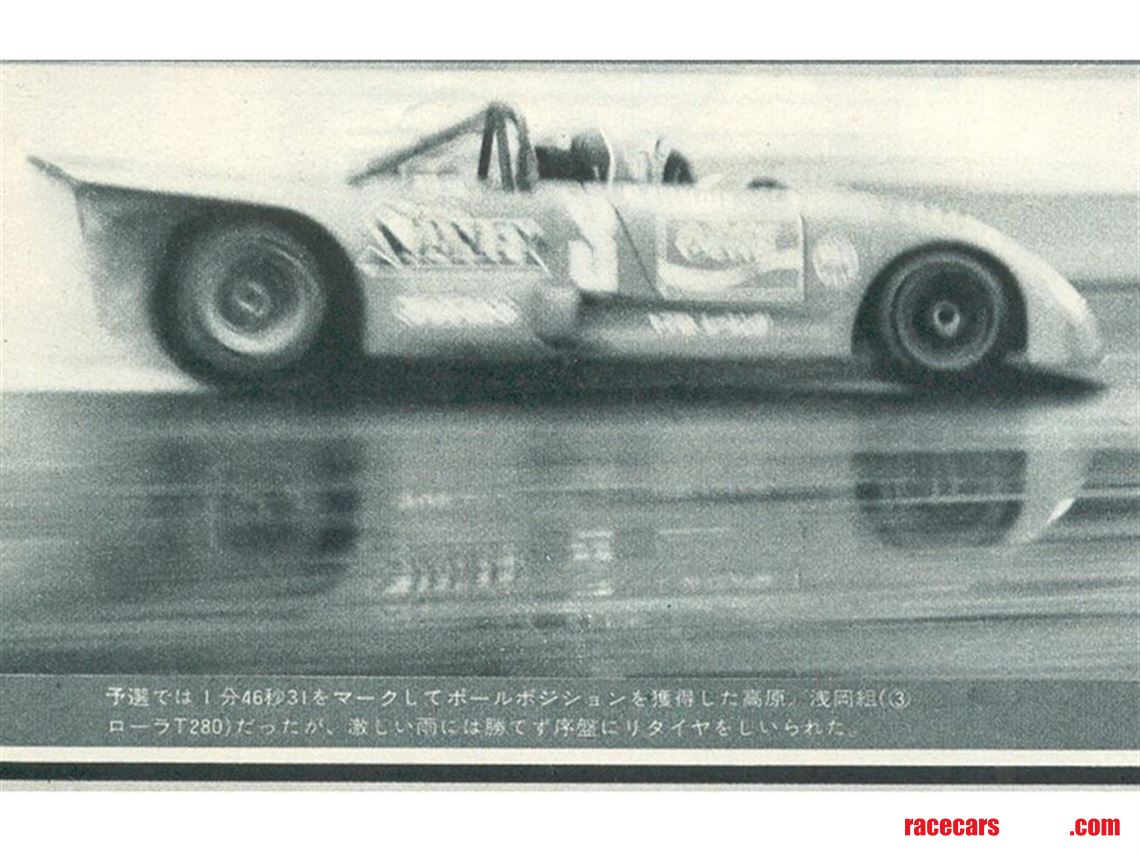 Having served Eric Broadley’s Lola company very well for five seasons, the Lola T70 was finally discontinued in 1969 and Broadley set his sights on the European Two Litre Championship with the all-new T210 for which customers lined up in large numbers.

Ahead of the 1972 season, the sports car racing regulations were dramatically revised whereby the new 'Group 5' regulations, now referred to as ‘Group 6’, scratched all homologation requirements and featured a three litre displacement limit. Conveniently, this was an exact copy of the contemporary Formula 1 engine regulations. For specialist manufacturers such as Lola this re-opened the door to the World Championship thanks to the new and competitive Cosworth DFV engine.

Eric Broadley jumped at the opportunity and assisted by chief engineer Bob Marston and talented young designers John Barnard and Patrick Head developed a brand new sports prototype racer for the 1972 season. Using the resources economically, a basic design was laid down that formed the basis for both a new three-litre and two-litre racer, known as the T280 and T290 respectively. Like the highly advanced T210 and subsequent T212, the new generation of Lola sports racers used a lightweight aluminium monocoque.
The biggest difference between the two new cars was obviously found in the engine compartment. One of the strengths of the 3 litre Cosworth DFV was that it was rigid enough to be used as a stressed member of the chassis, while the smaller, four cylinder engines required an additional subframe to support the rear suspension loads. Other distinguishing factors were a DG-300 Hewland gearbox and in-board mounted brakes on the three-litre version, which allowed for wider wheels. Otherwise, the T280/T290 followed the prevalent conventional design guidelines with double wishbones at the front and reversed lower wishbones, top links and twin trailing-arms at the rear.

Clothed in a slippery fibre-glass body, the first two T280s were sold to Jo Bonnier, who was also Lola's representative on the European continent, and were fielded by Ecurie Bonnier in the World Championship where they faced very strong competition from the likes of Alfa Romeo, Ferrari, Matra and (fellow DFV running) Mirage. In the season opening long distance races, the T280s proved quick but also demonstrated the DFV's tendency to vibrate itself and/or the car to pieces. A victory in the March 1972 Le Mans 4 Hours proved the new Lola's potential. Our car, the 3rd Lola 280 built, was sold directly to Japan after which two more 280s were built (one of these to replace the crashed HU1). In all only 5 Lola T280 were built which is a stark contrast to the more than 30 (34 to be exact) T290s.

Upon completion in 1972, chassis HU3 was sold directly to Japan where it was raced by Noritake Takahara of the Kojima racing team in the Grand Champion series taking place at the Fuji Speedway. Takahara only drove and won 4 out of the 5 rounds thereby taking the 1972 championship title with HU3 upon which he sold the car to Yamamoto racing. On July 29th 1973 Shigeaki Asaoka raced the car, now painted red and with Coca Cola sponsorship, in the Fuji 1000km with race Nr 3 starting from pole position. Regretfully, the car retired after 35 laps with technical problems. During the following years, HU3 was entered in various local Japanese races before it was retired from racing duty and put aside.

In 1986 the Yamamoto racing team sold HU3 to a private Japanese collector who wanted to restore the car to its former glory but lack of time and other priorities decided otherwise. As such, HU3 lingered in Japan until it was found and bought by the current Portuguese owner in 2007. Its inspection revealed that the car was highly original retaining most of its original components including the chassis (with chassis tag), bodywork, tank bags, suspension components, dash, pedal box, etc..

Upon its arrival in Europe, a full restoration of HU3 was undertaken by Lola specialist Clive Robinson who put the car back in its 1973 Coca Cola Fuji 1000km sponsored livery. In 2010, 38 years after the Lola factory sent it to Japan, HU3 made its appearance on the European historic racing scene where it has been campaigned very successfully for the last 10+ years in Peter Auto’s CER2 race series and in multiple Le Mans Classic events.

The car is sold in race-ready condition with a low mileage (4.5 hours) Richardson DFV engine, all date-related items current and with a new FIA HTP valid until the end of 2031. HU3 also comes with an extensive spares package including multiple wheel sets, spare nose and tail sections, gear-ratios and dog rings, brake and suspension parts and miscellaneous running spares.

The early 70ies were the pinnacle of open sportscar racing and this is an exceptional opportunity to purchase such a rare, iconic and front-running World Championship sports racer which is also eligible for all prime historic race series around the world including Le Mans Classic, Daytona 24hr Classic, etc..

A rare opportunity to own a historic Avallone Lola T222.