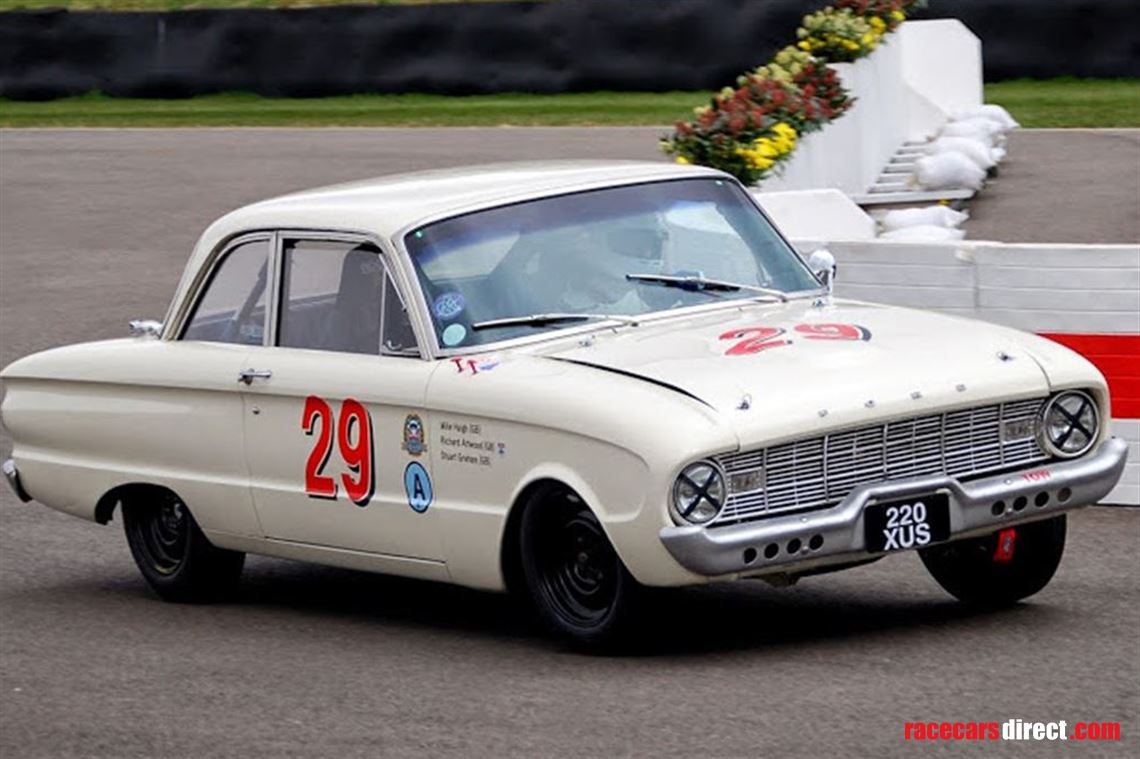 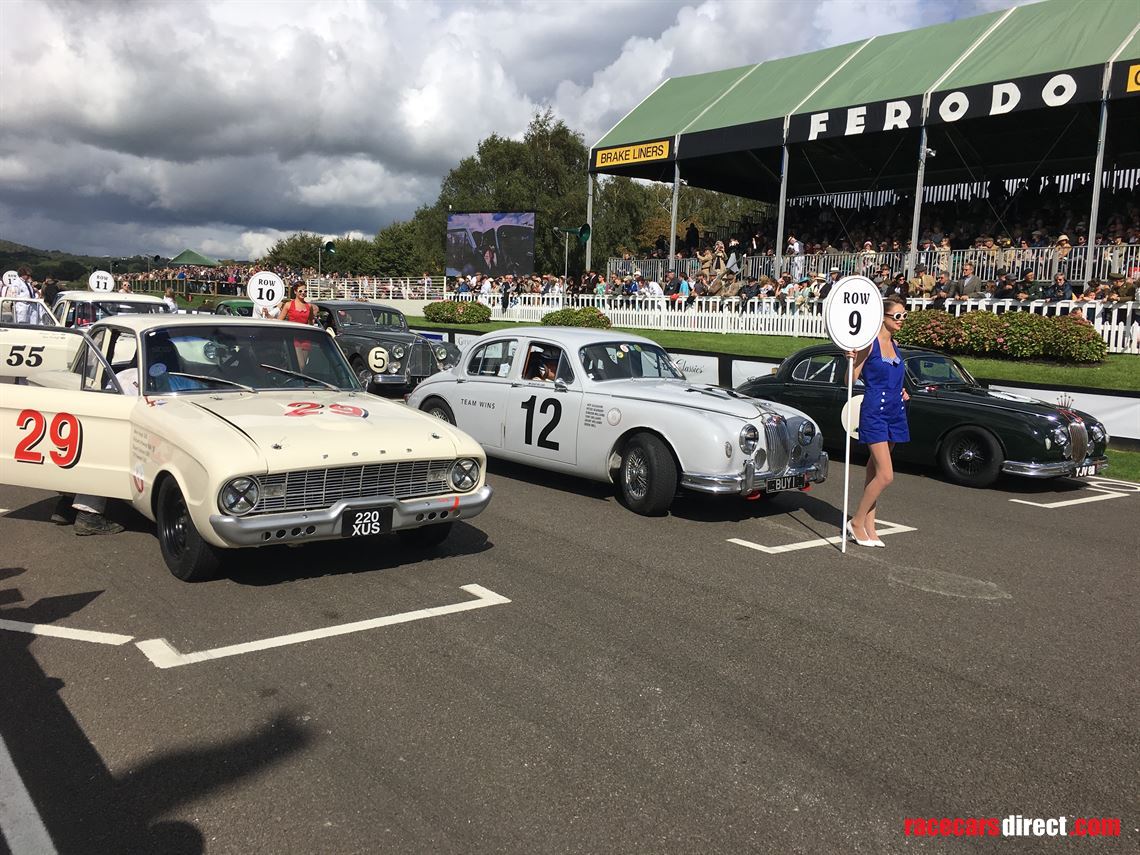 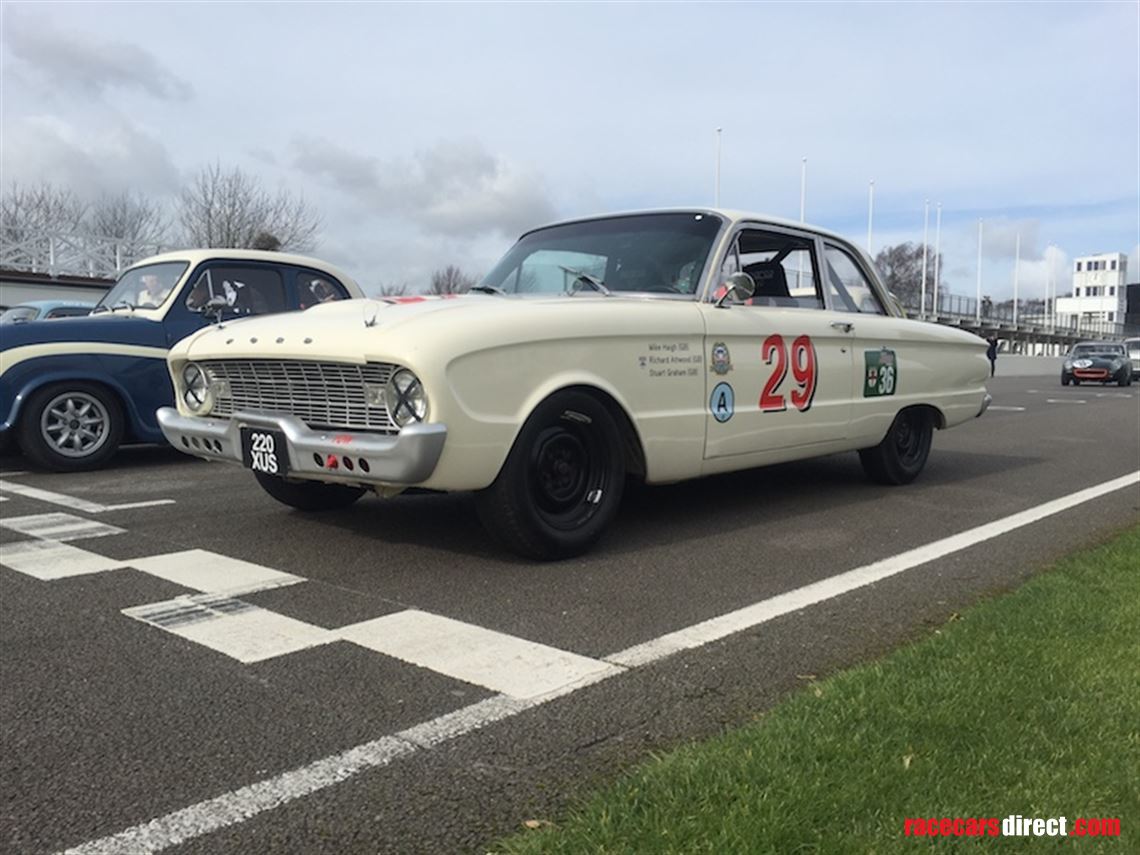 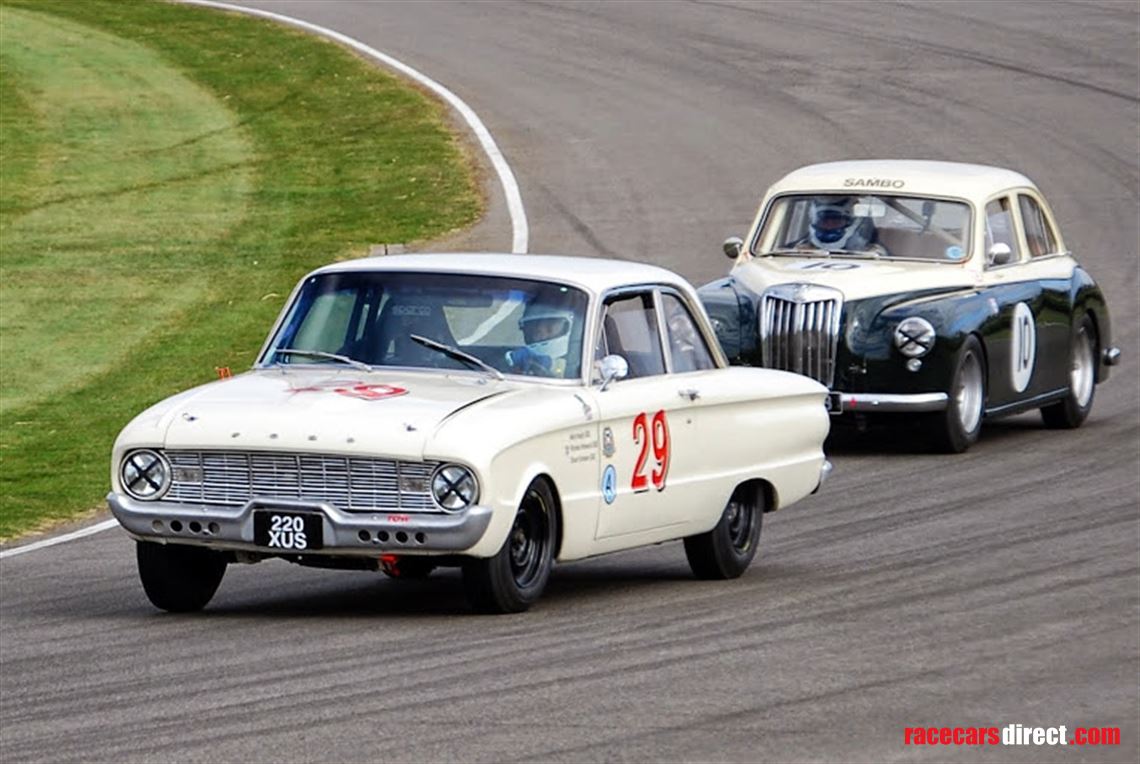 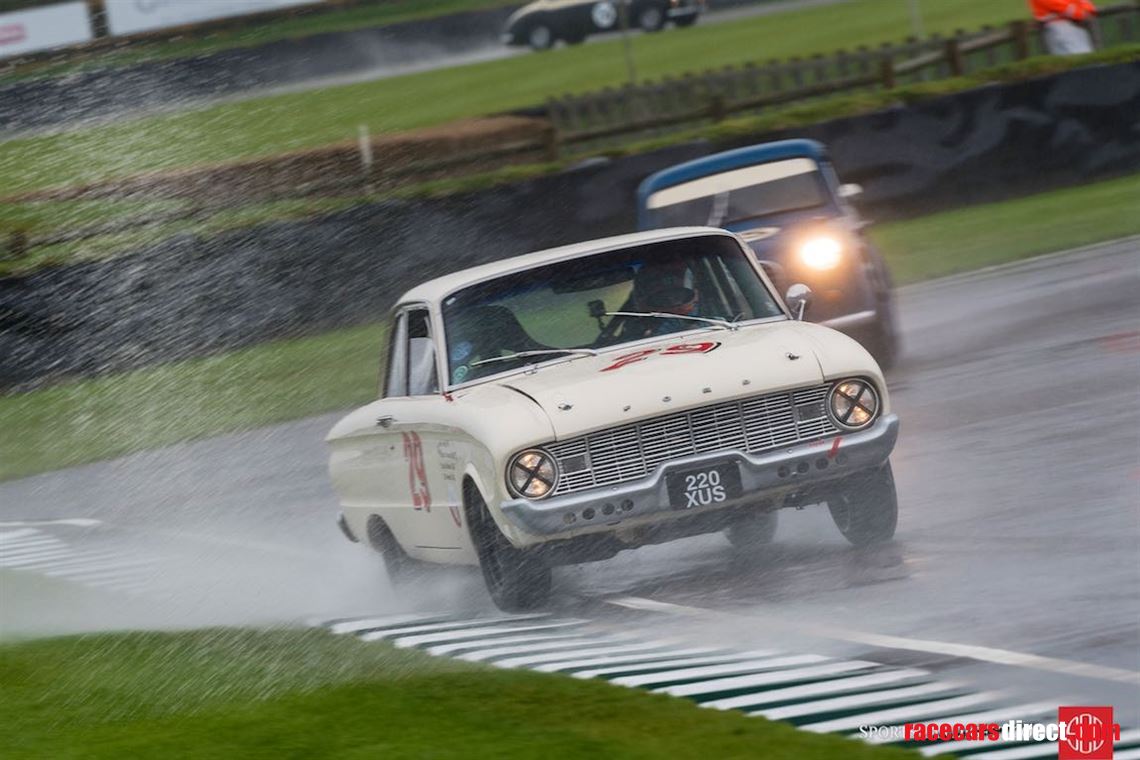 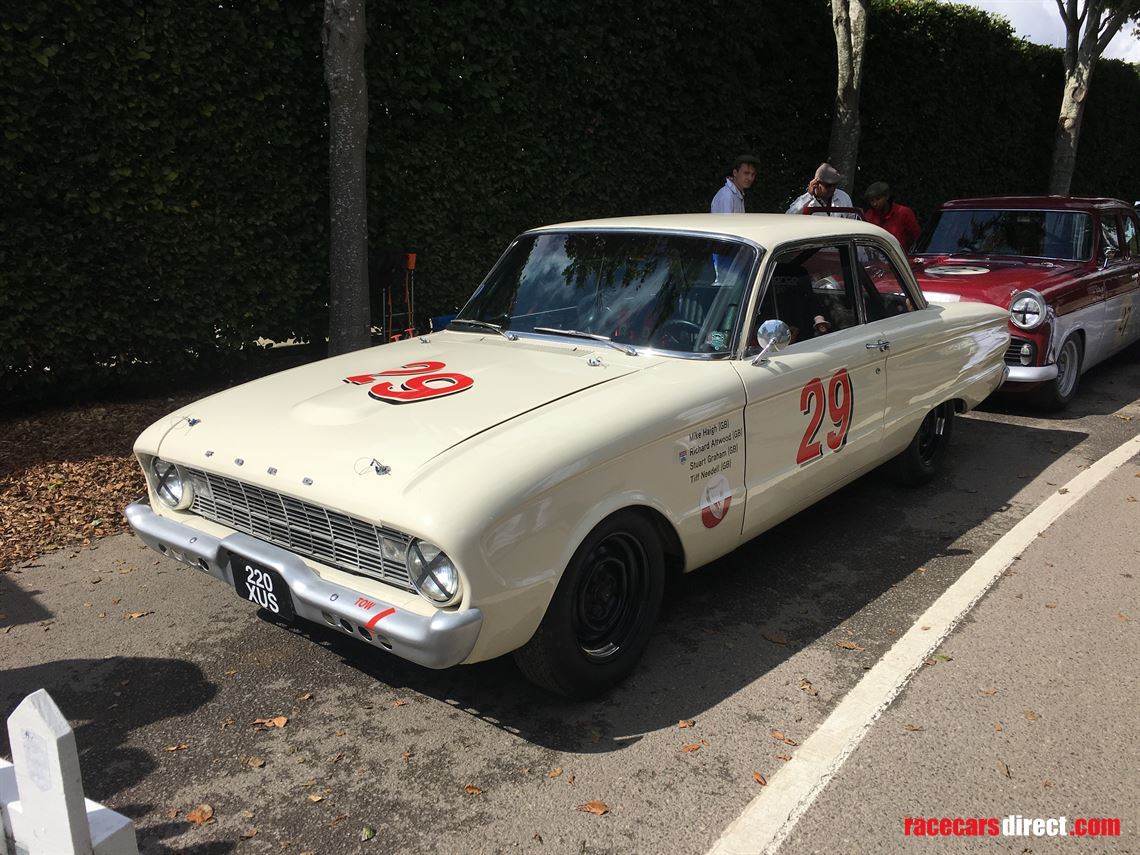 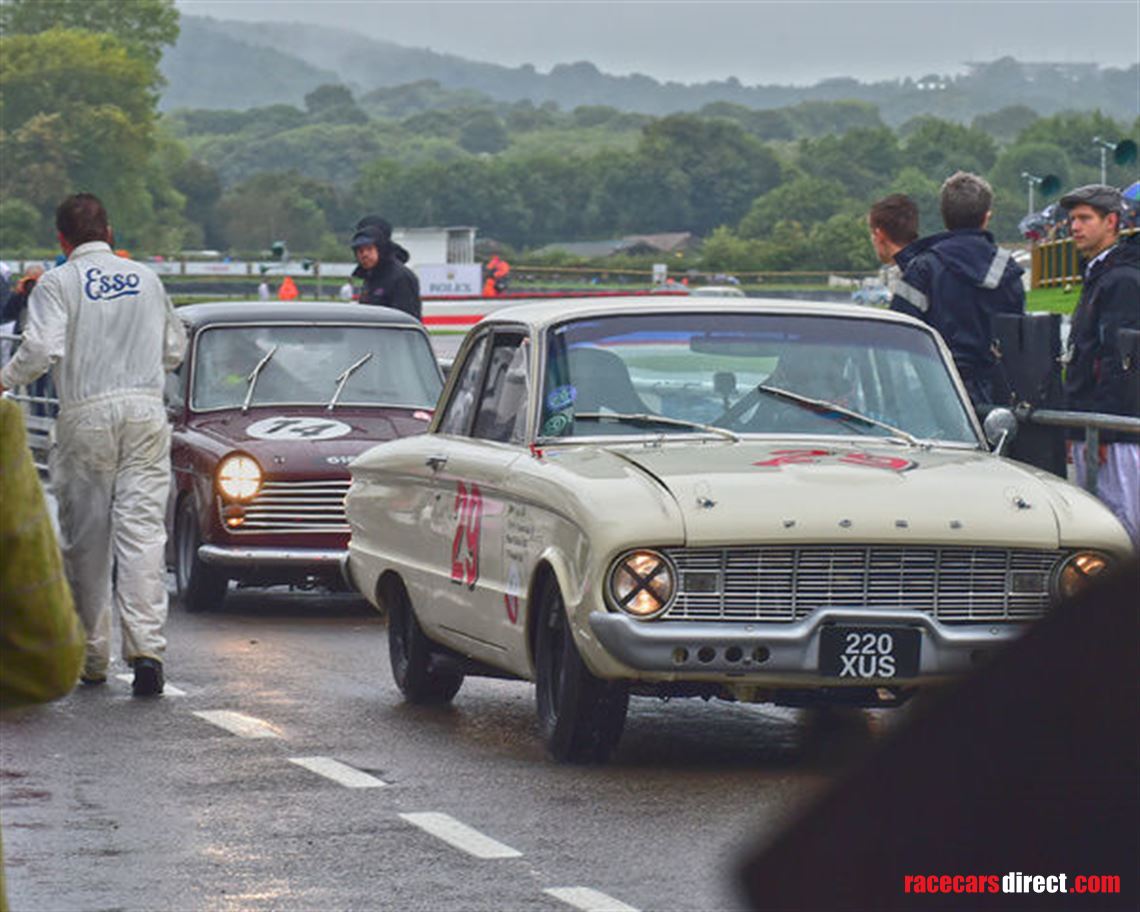 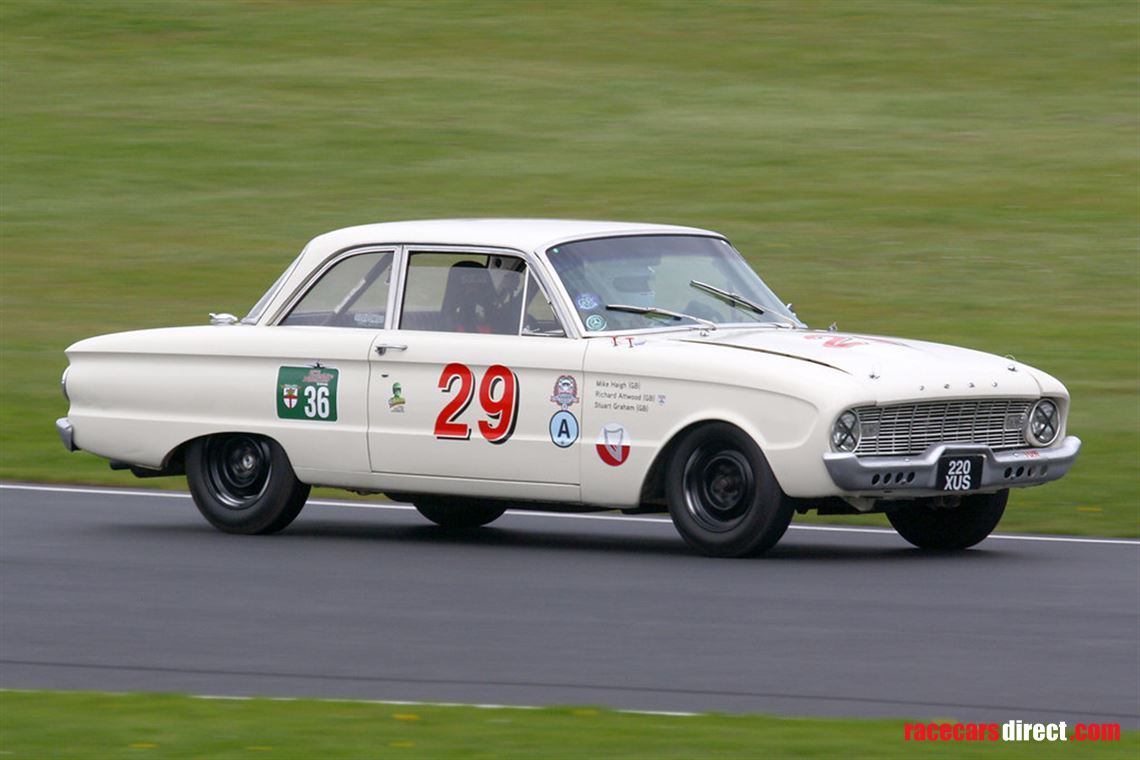 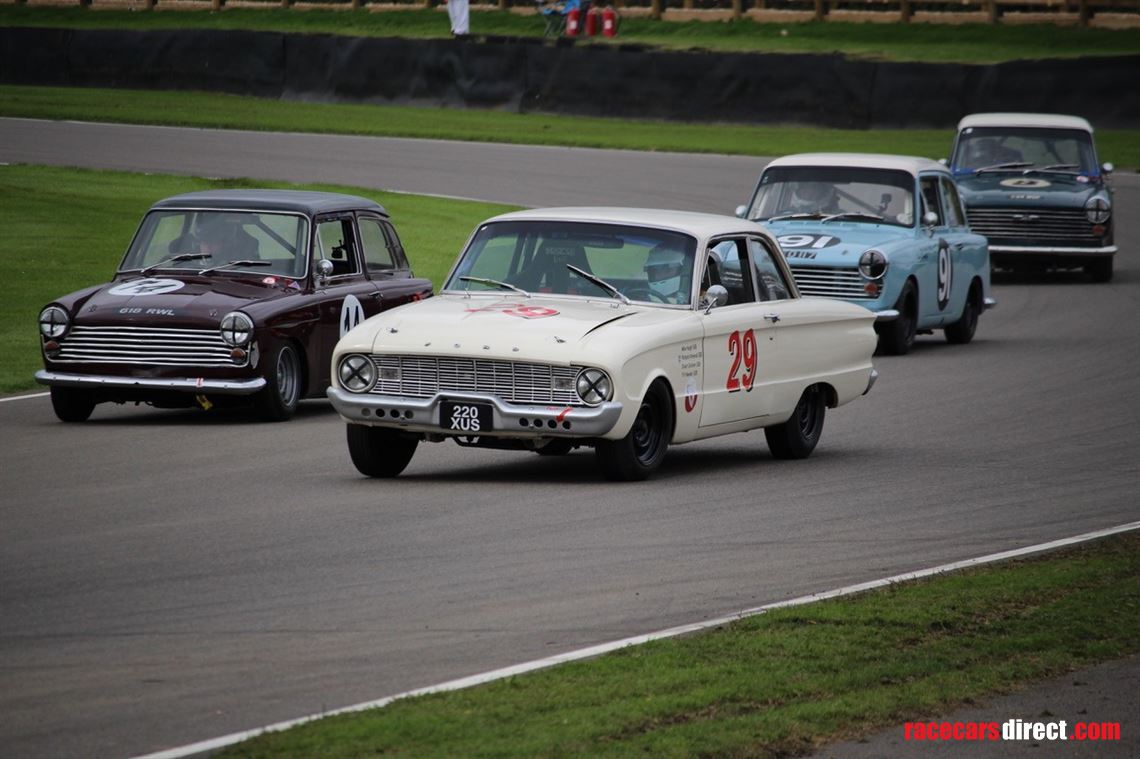 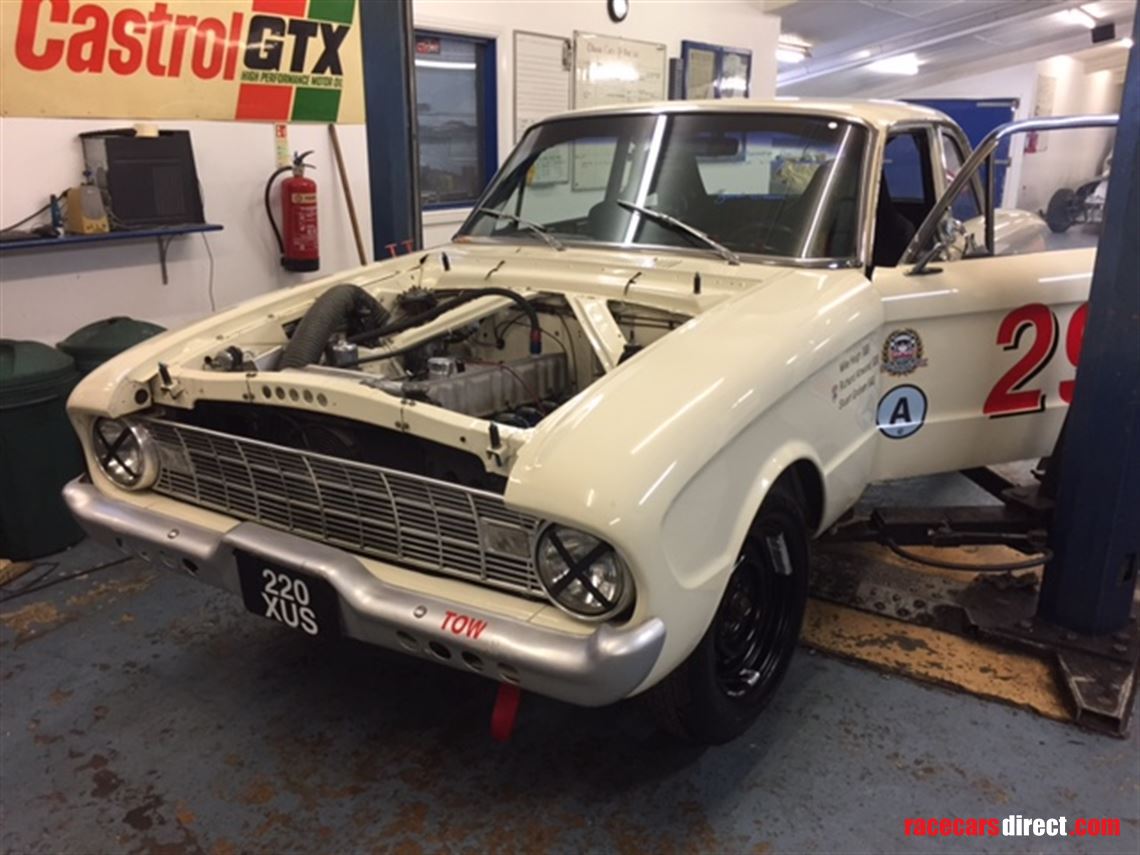 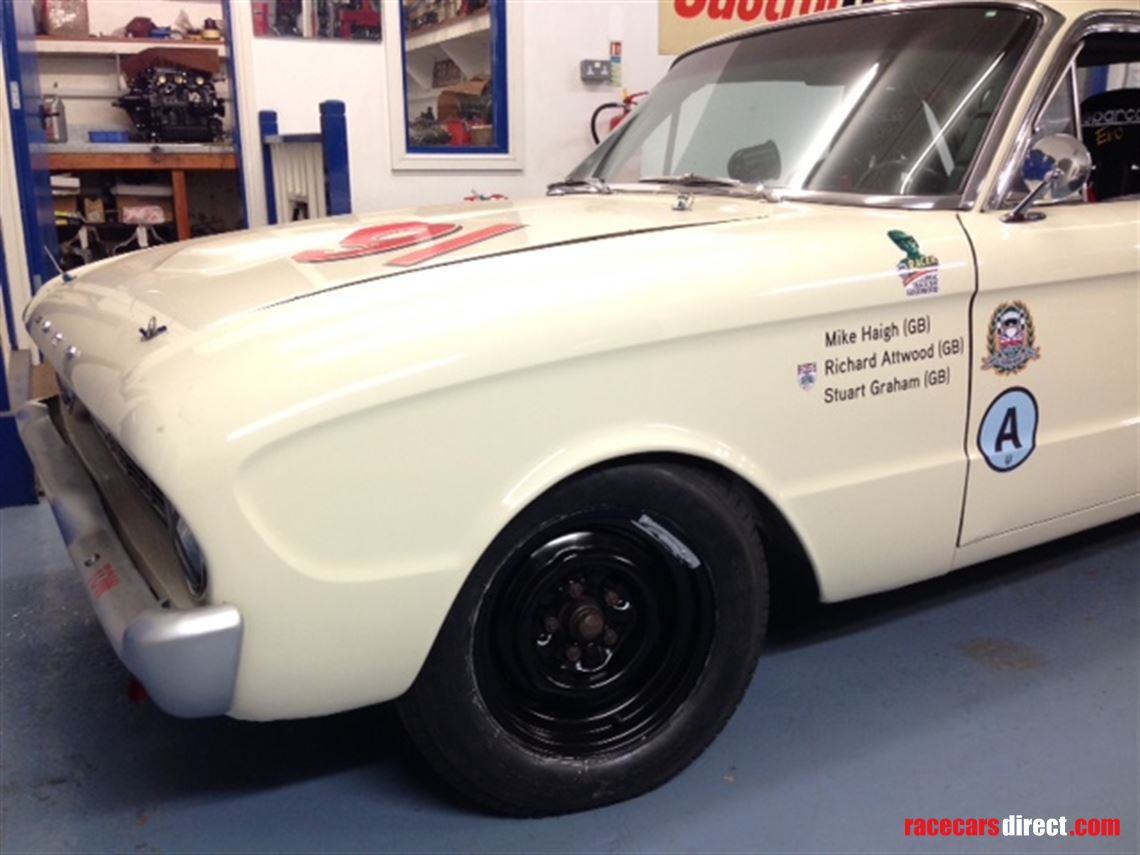 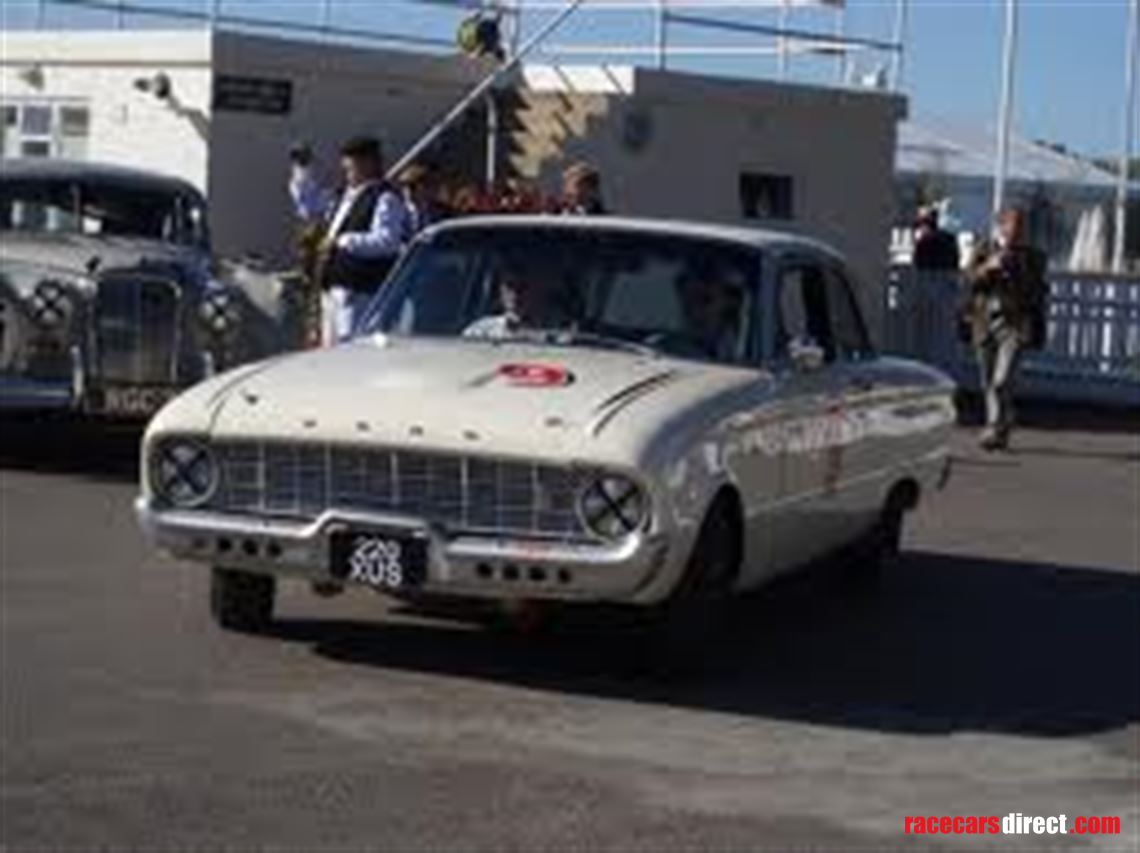 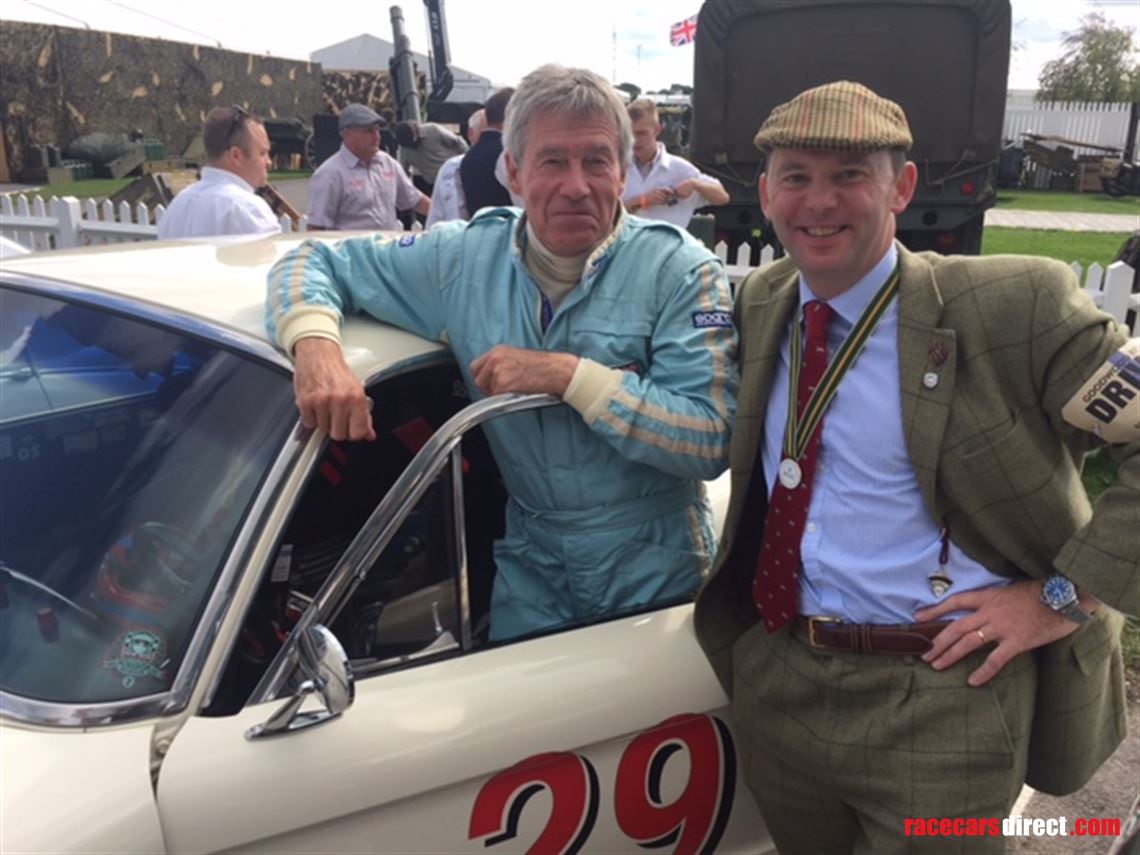 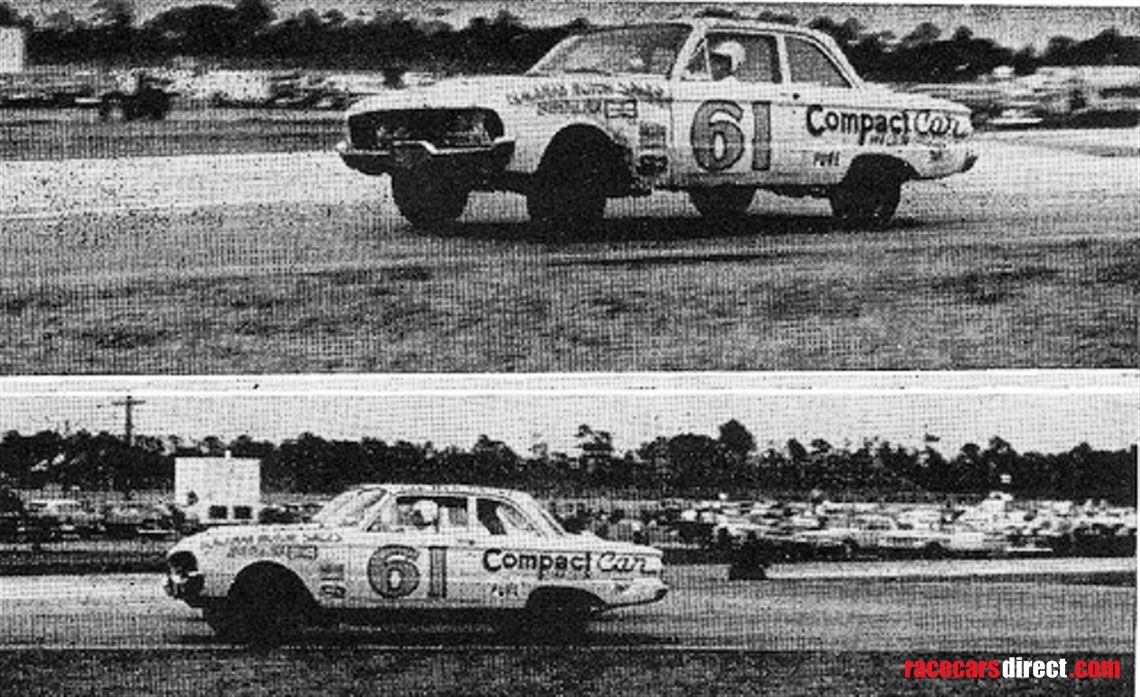 Here is a truly unique opportunity to buy a real star of the Goodwood Revival!

The Ford Falcon is an iconic vehicle, produced by the Ford motor company from 1959 through 1970. It made history by becoming the first compact car manufactured by the company. It was the third major line of cars that Ford produced. The Falcon being a smaller version of Ford’s full-sized Galaxie.

The 1960 Ford Falcon was sold near the end of 1959 as a 1960 model year. It became one of Ford’s best-selling vehicles because of its small size. The car was also light and it was economical. Sales of the 1960 Falcon soared above those of General Motors and Chrysler’s compacts making this one of the most popular compacts of its era. It was available in a choice of body styles including a 2-door sedan, a 2-door hardtop, and a 4-door sedan.

This race car project was inspired by a idea broached by Julius Thurgood, who has held close links with Goodwood since the inception of the Revival Meeting. Julius was intrigued by the fact that, historically, NASCAR’s Bill France had seen that the new American compact cars - the Ford Falcon, Chevy Corvair, and Plymouth Valiant - were getting a lot of attention in the marketplace. Never one for missing a trick to engage with America's three major manufacturers, he created the NASCAR Compact Series, which ran during 1960 and 1961. Some big names participated, including Curtis Turner, Richard Petty, and Fireball Roberts.

In pursuing this iconic concept, a rust-free donor car was sourced from one of Julius' contacts in California and the new owner of the project entrusted the race-build to CCK Historic, who had already established an enviable reputation for building some highly successful cars for the Goodwood Revival meeting. Being an early production model, the donor was not only a perfect candidate for Goodwood, it also qualified for the HRDC 'Jack Sears Trophy' Series in their 'Touring Greats' pre-1960 class.

A full and highly detailed history file that accompanies this car shows the exacting level of attention that this build initially demanded and the ongoing development that its fastidious owner has encouraged, including the sourcing of a period Australian-production cylinder head, which gave this Falcon the winning edge over it's British Ford 'cousin' counterparts. In fact, this Falcon has never been beaten in the results sheets by Dagenham's best Zodiacs and Zephyrs.

Presented in period-perfect livery and in exceptional, race-ready condition throughout, here is an eminently capable and thoroughly eligible historic race care that needs nothing but a new owner to enjoy the benefits of its excellent and already-stablished provenance to the full.

In selling the car, a fresh race engine to the latest specification has just been fitted by CCK Historic who have test-run the car on their in-house rolling road plus updating all safety aspects to 2022 regulation requirements.

Qualified enquiries are welcomed and viewings can be arranged in East Sussex by appointment.

As raced this season in the 2022 H.S.C.C. - Historic Touring Cars Championship.